I think I'm finally getting a glimpse into what a working mom feels like.

The laundry's piled up.  The refrigerator is bare.  The bathrooms are like Petri dishes.

But did I spend the weekend cleaning house and prepping lessons for the week?  Heck no!  That would have been too easy.

Instead, Holden decided that Saturday was going to be a Divide and Conquer Day.  He claimed Kevin all to himself and told Ella and I to find our own way. 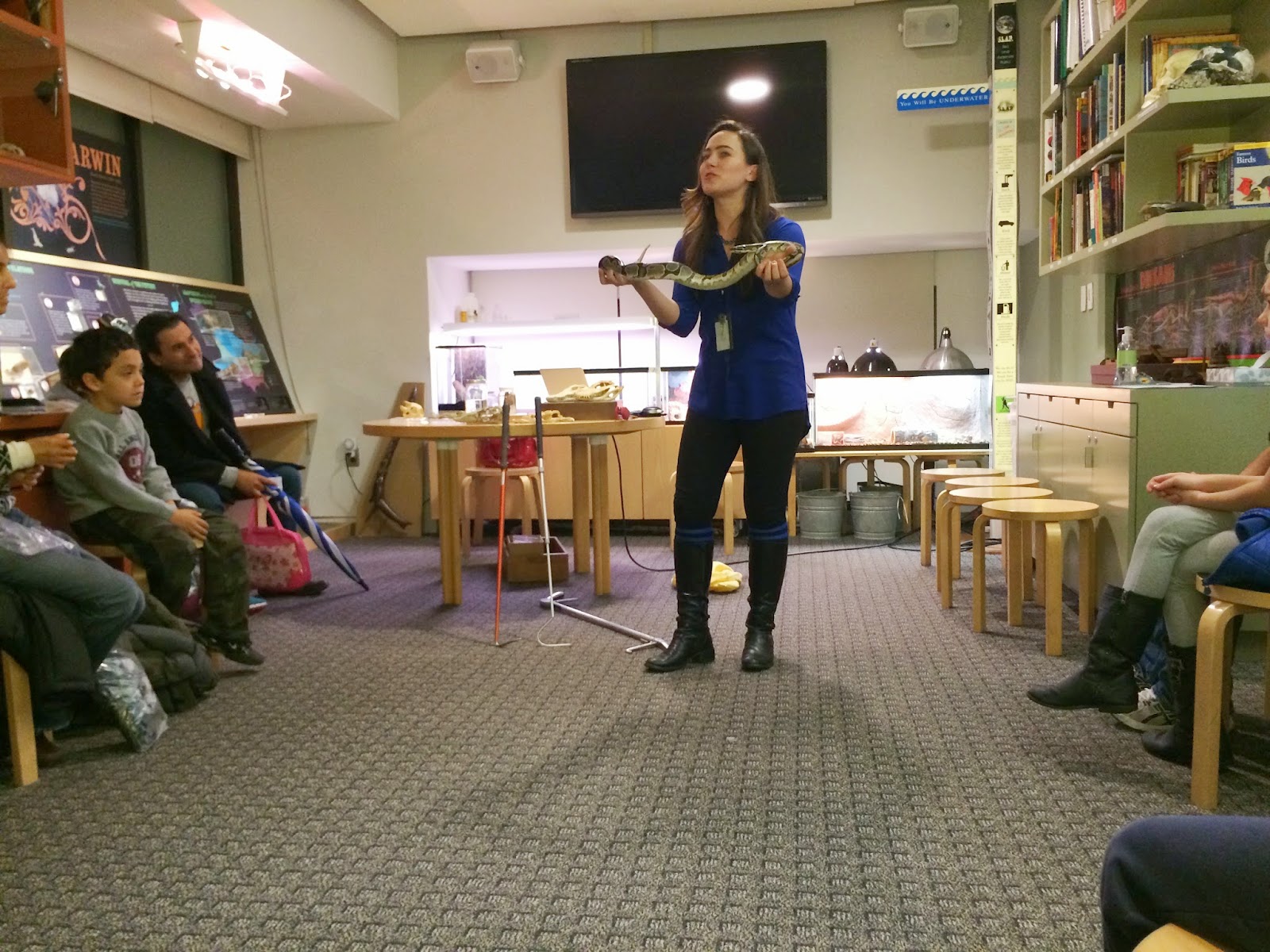 The dudes had a very studly day hanging out for hours at the Natural History Museum (no, it doesn't ever get old).  Saturday was Meet the Scientist Day and Holden got to meet a real live herpetologist who brought her very own reptiles and amphibians.  Holden even got to pet her python.  Apparently it feels like a bean bag. 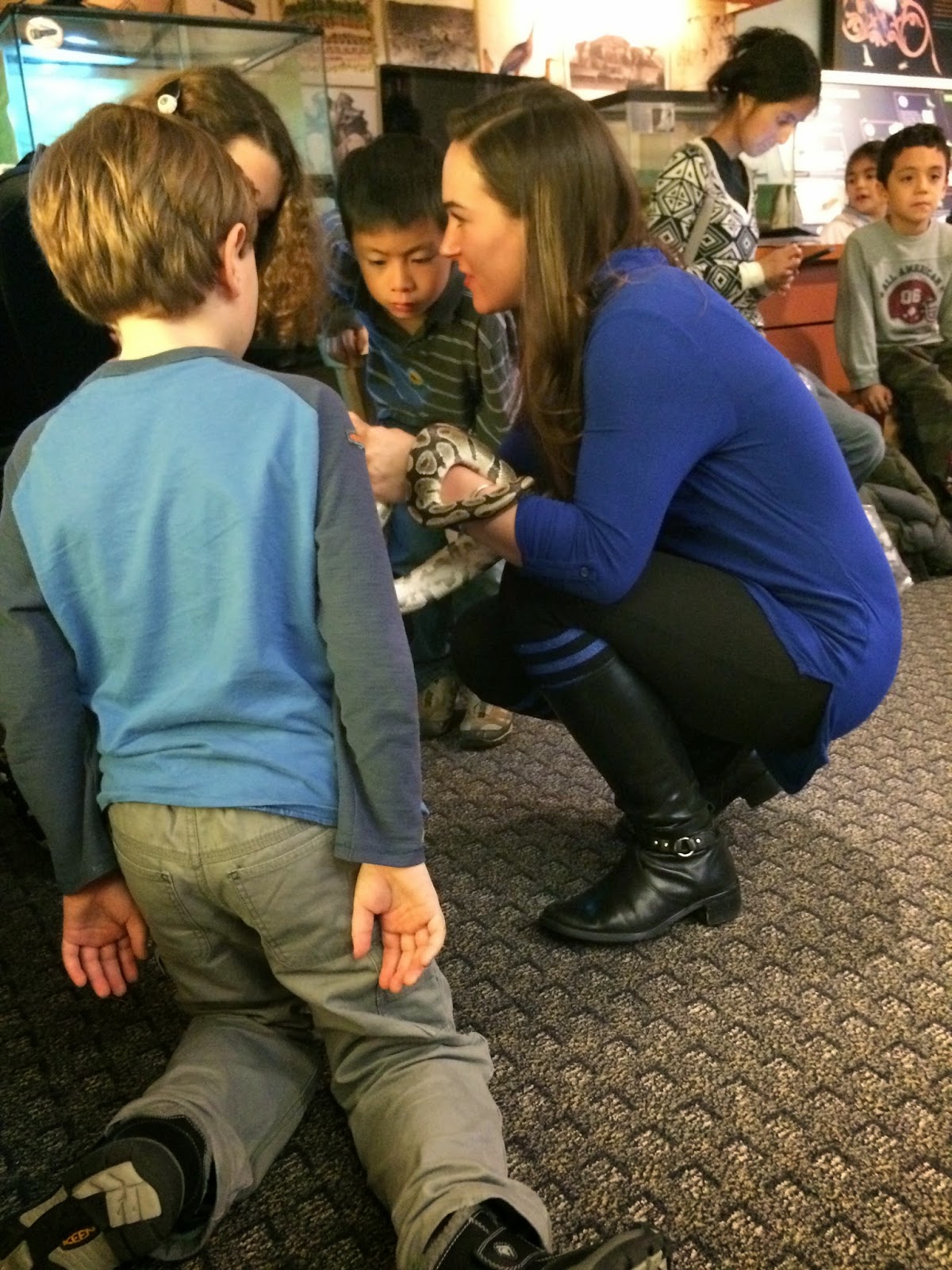 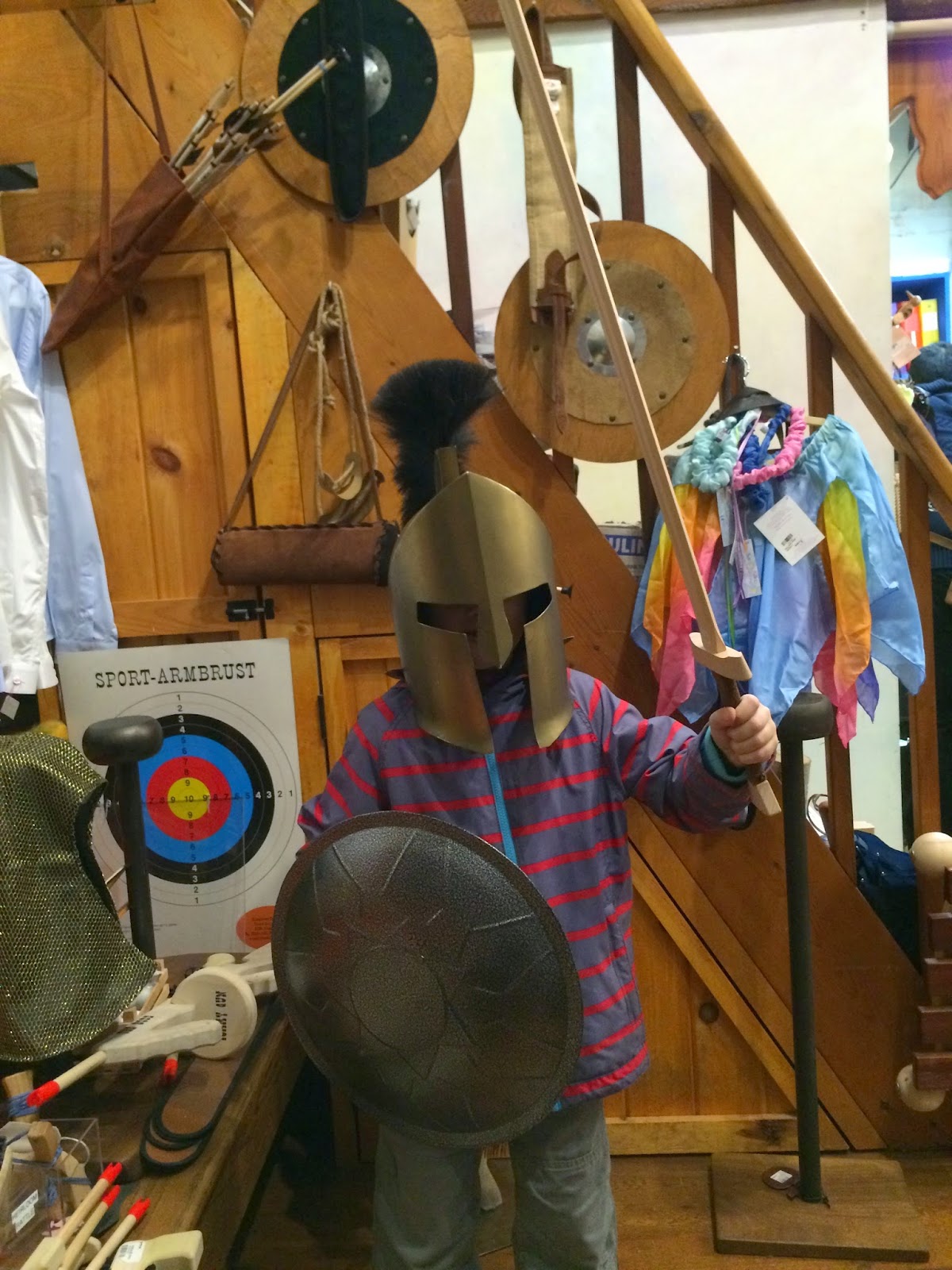 They ate a greasy lunch at Shake Shack and ended up at our favorite toy store, The Playing Mantis, in Tribeca.  Holden said it was the "awesomest day ever!"  I'm not taking it personally.

Meanwhile, the double Xs in the family made our way all the way down the island to the Doughnut Plant for a breakfast of champions: Tres Leches donuts and the most incredible hot chocolate with homemade marshmallows that I've ever tasted.  We were sure to rub it in with Holden later. 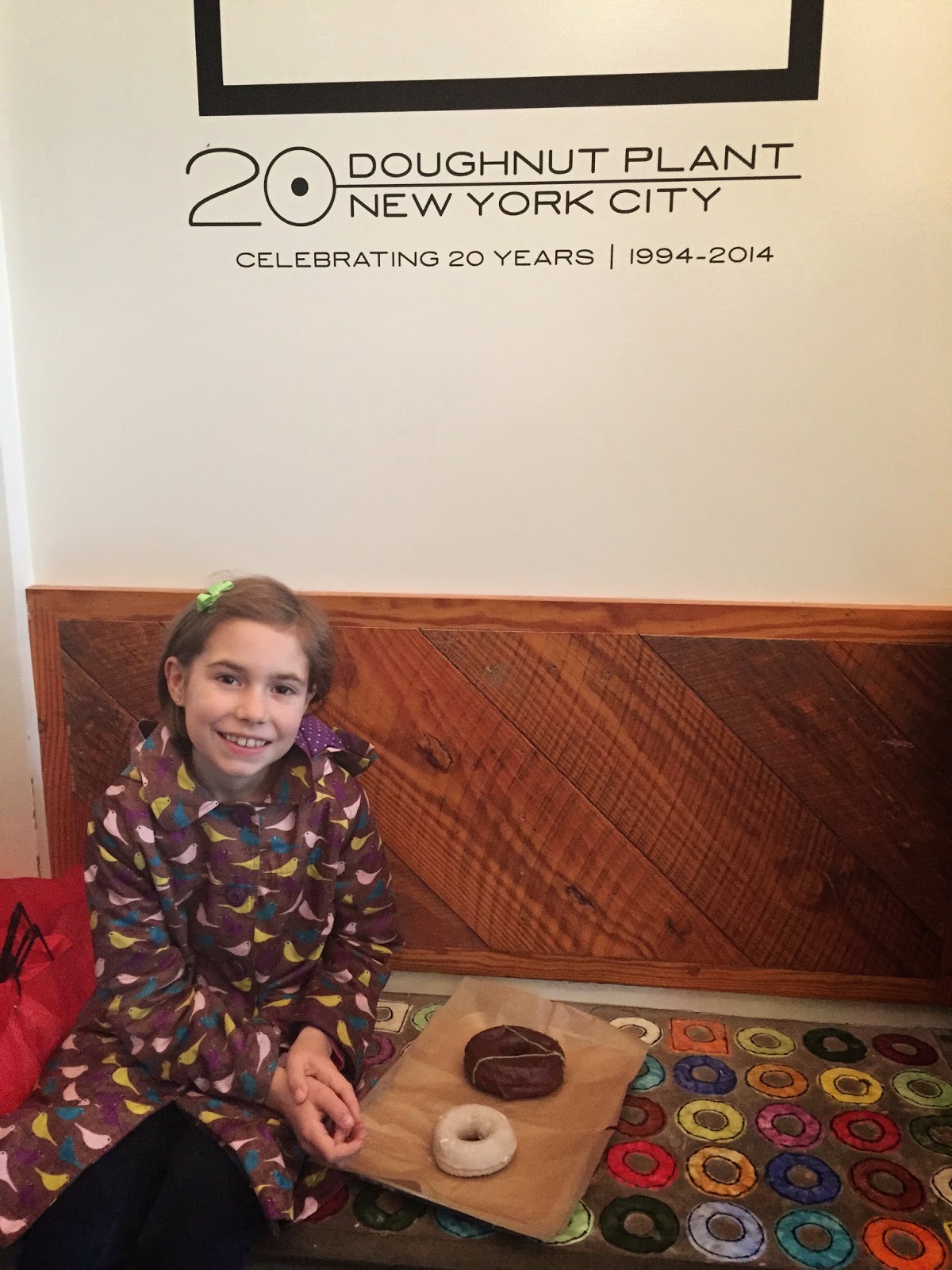 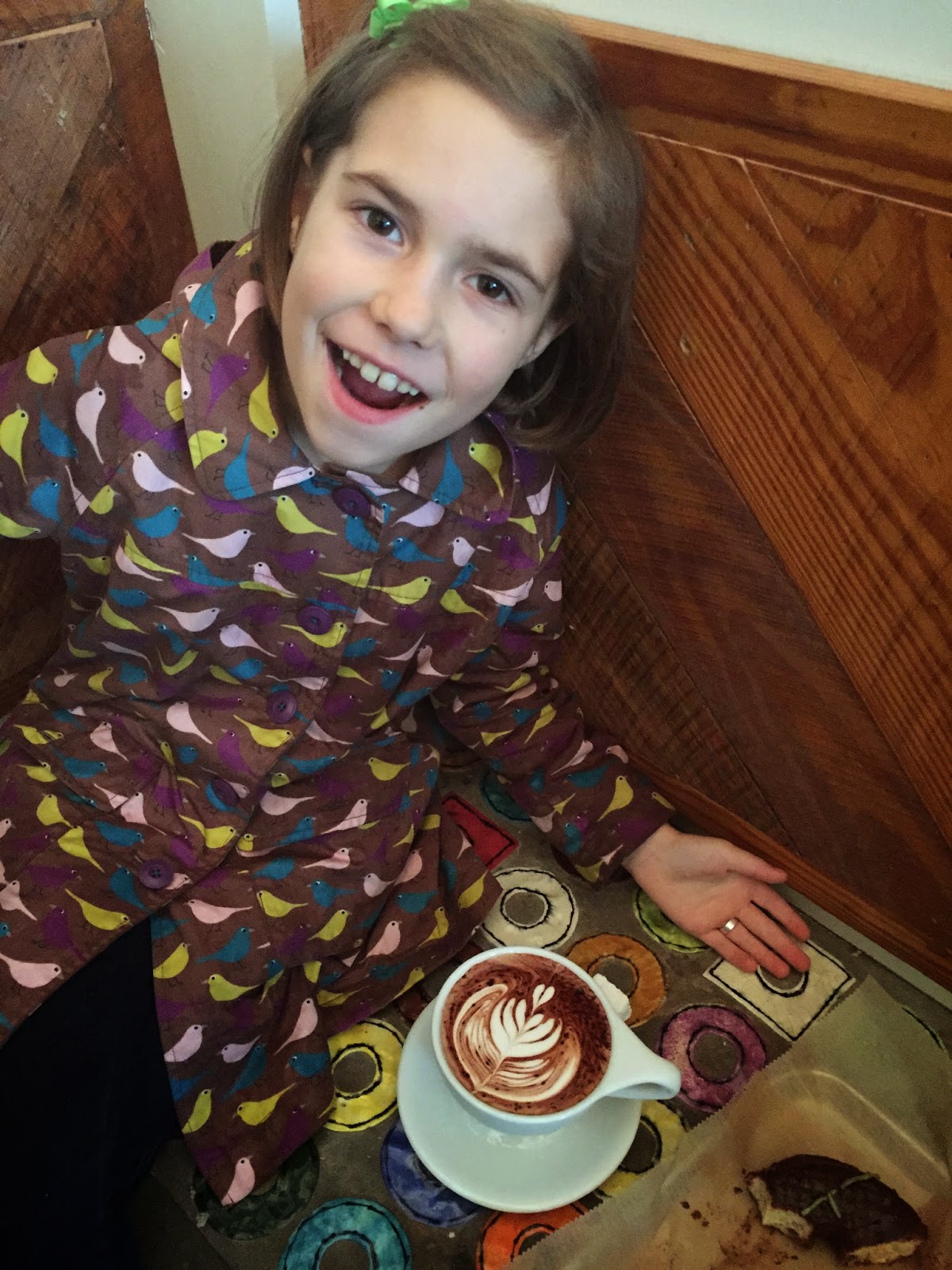 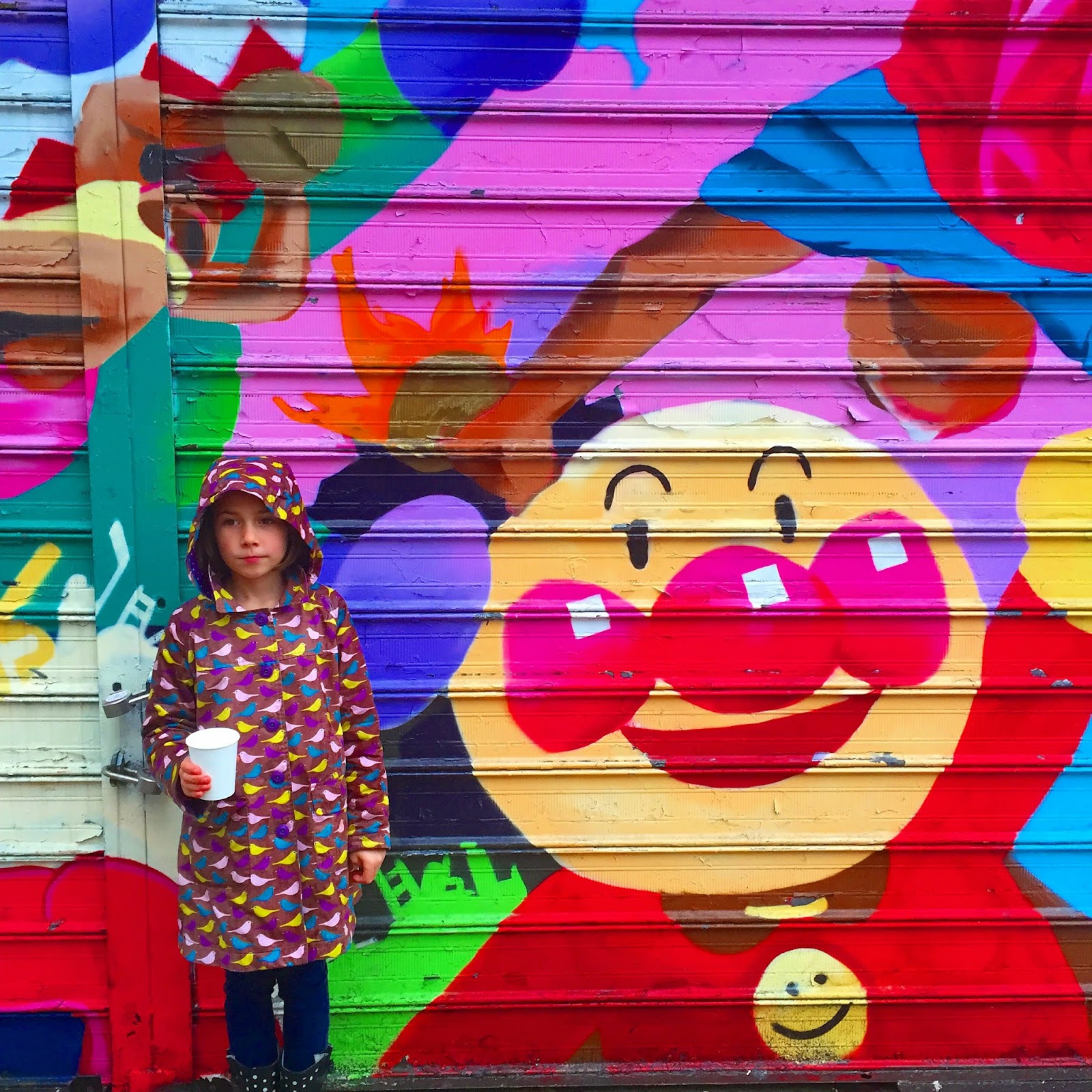 We wandered in the rain all the way up the Lower East Side, through the East Village in search of cool vintage clothing shops and finally up to the Upper East Side where we found a place called Make Meaning.  It's a huge creative space where you can get messy painting ceramics or making candles or soap, working with glass or even decorating cakes.  Something Holden would definitely have turned his nose up to. 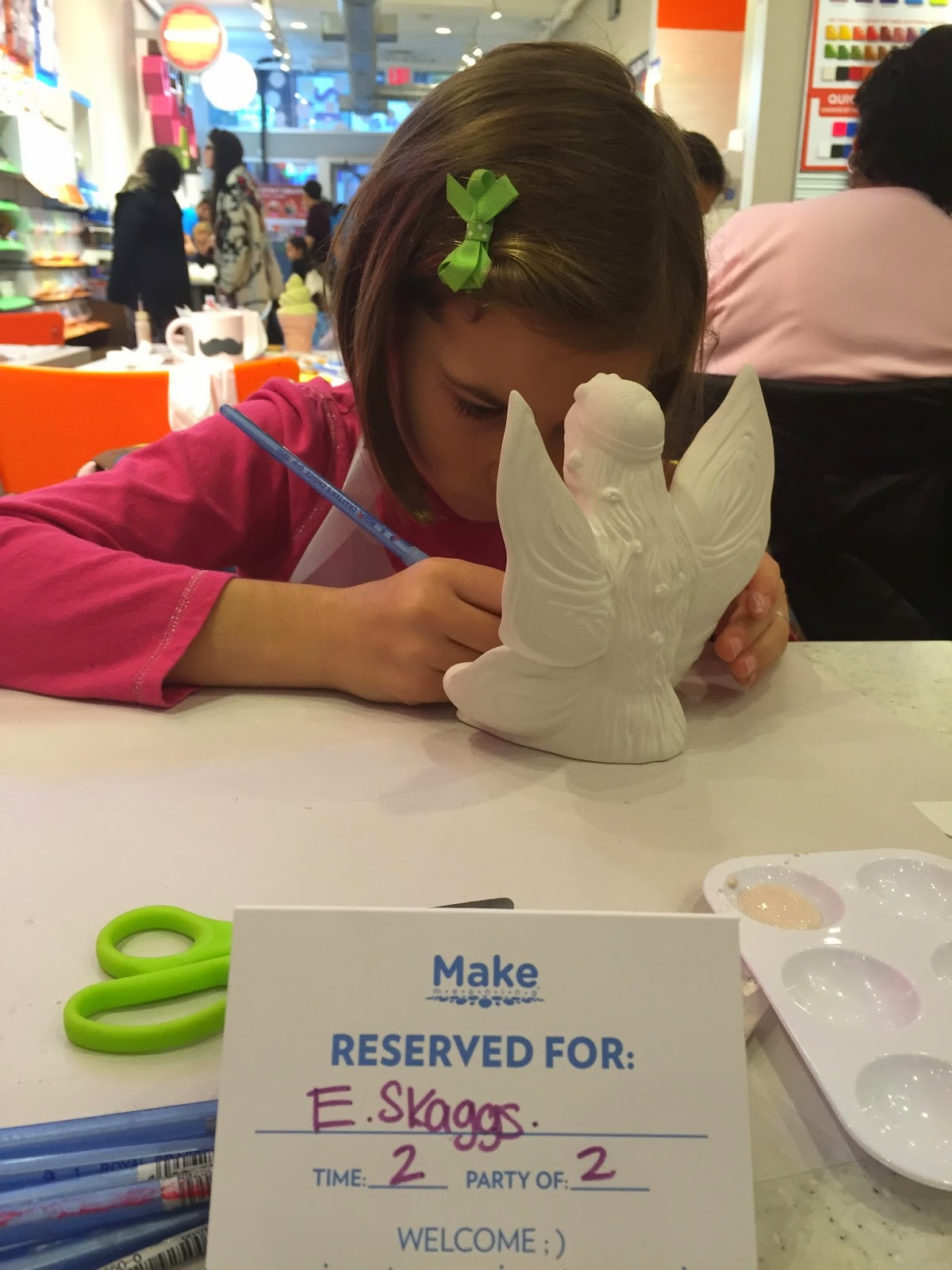 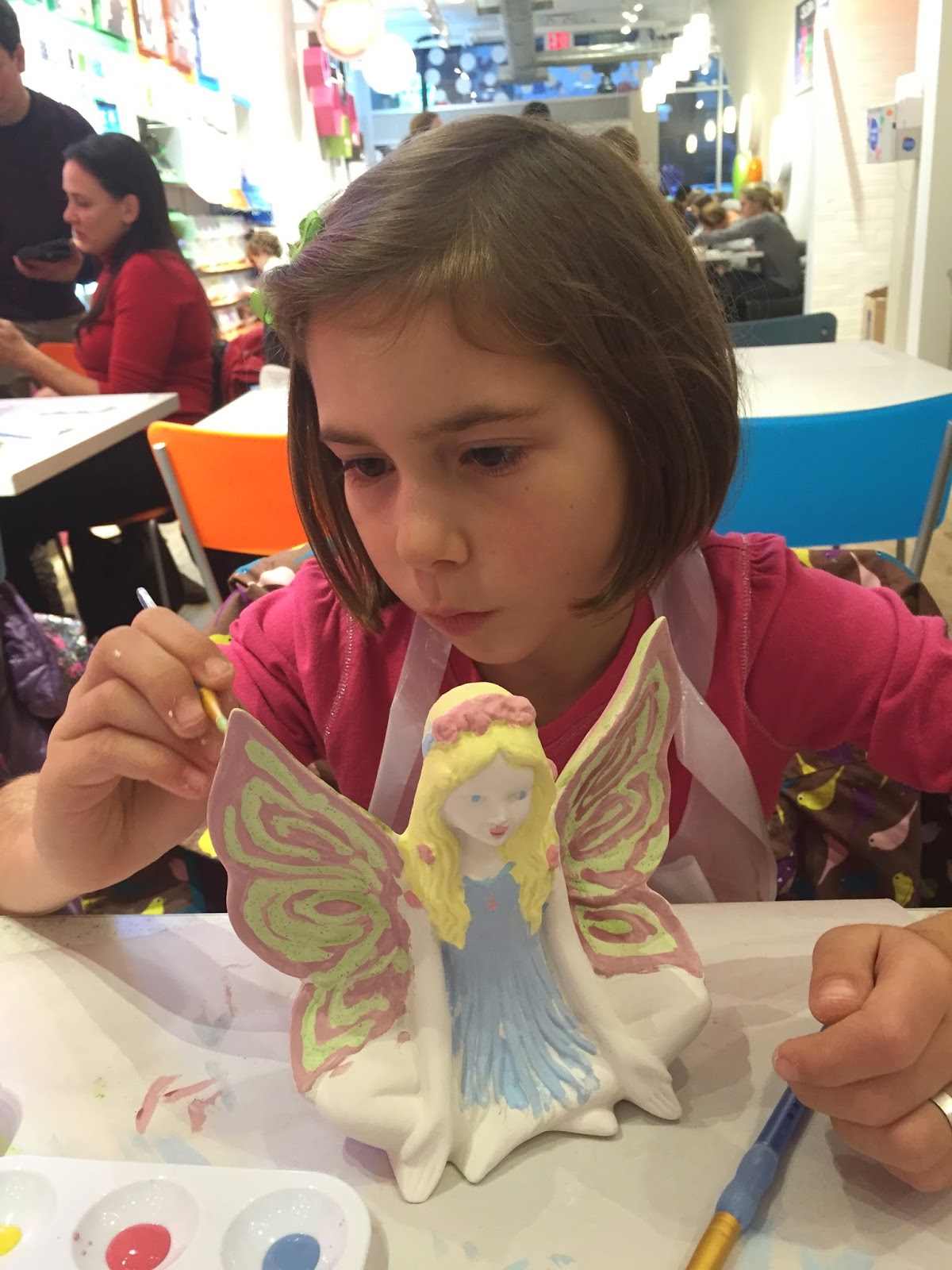 After getting our creative juices flowing for over two hours, we finally reunited with our other halves down in Tribeca for dinner.

Sunday was again filled with lots and lots of walking (my phone tells me 6.7 miles, to be exact).  Who needs a gym when you live in Manhattan??

Our good friends Brian and Melissa and their son Eddie were in town and we got to spend the entire day with them.  The rain held off so we were able to show them the High Line (including its newest addition to the north, which Kevin and the kids hadn't seen yet). 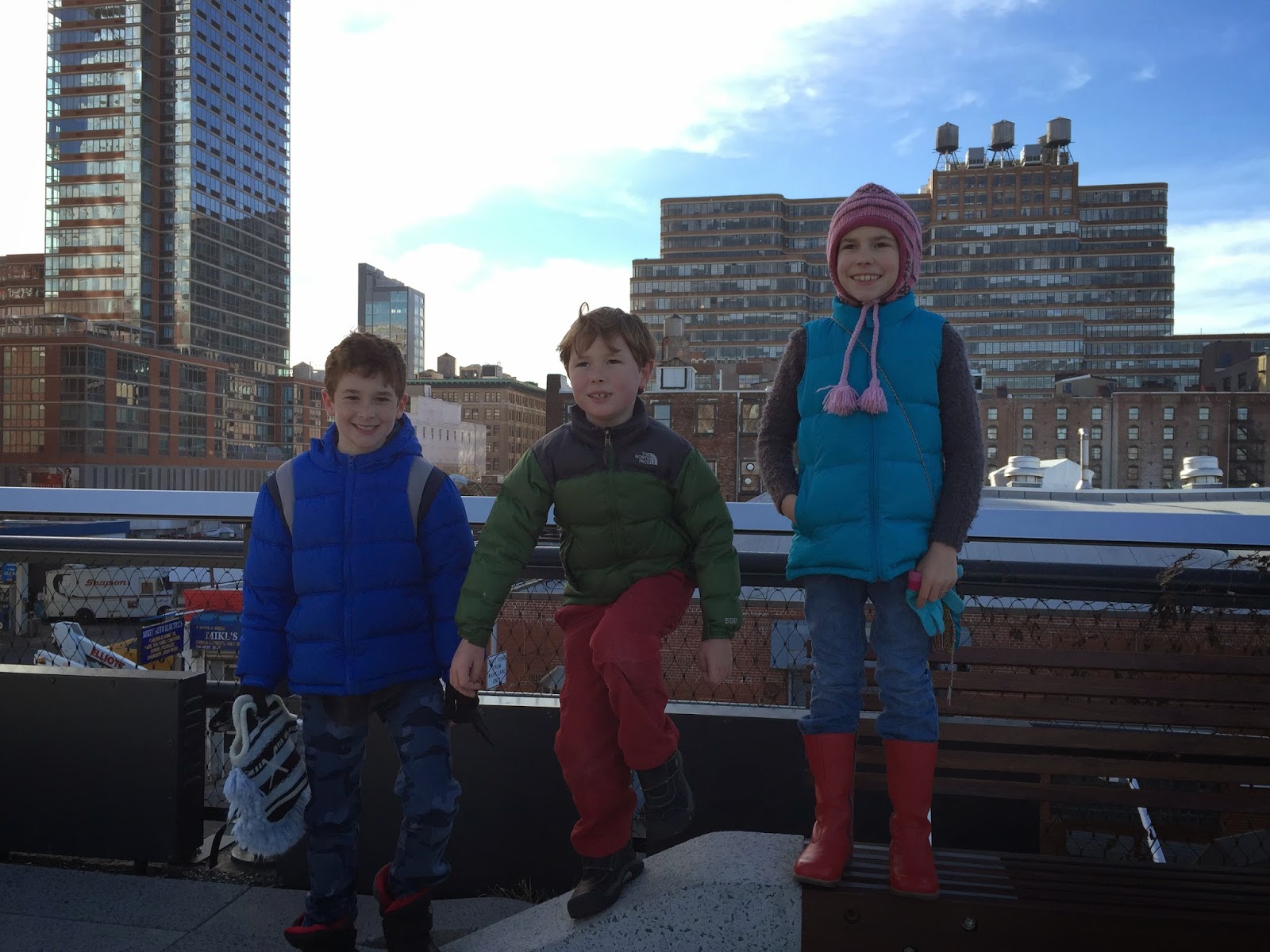 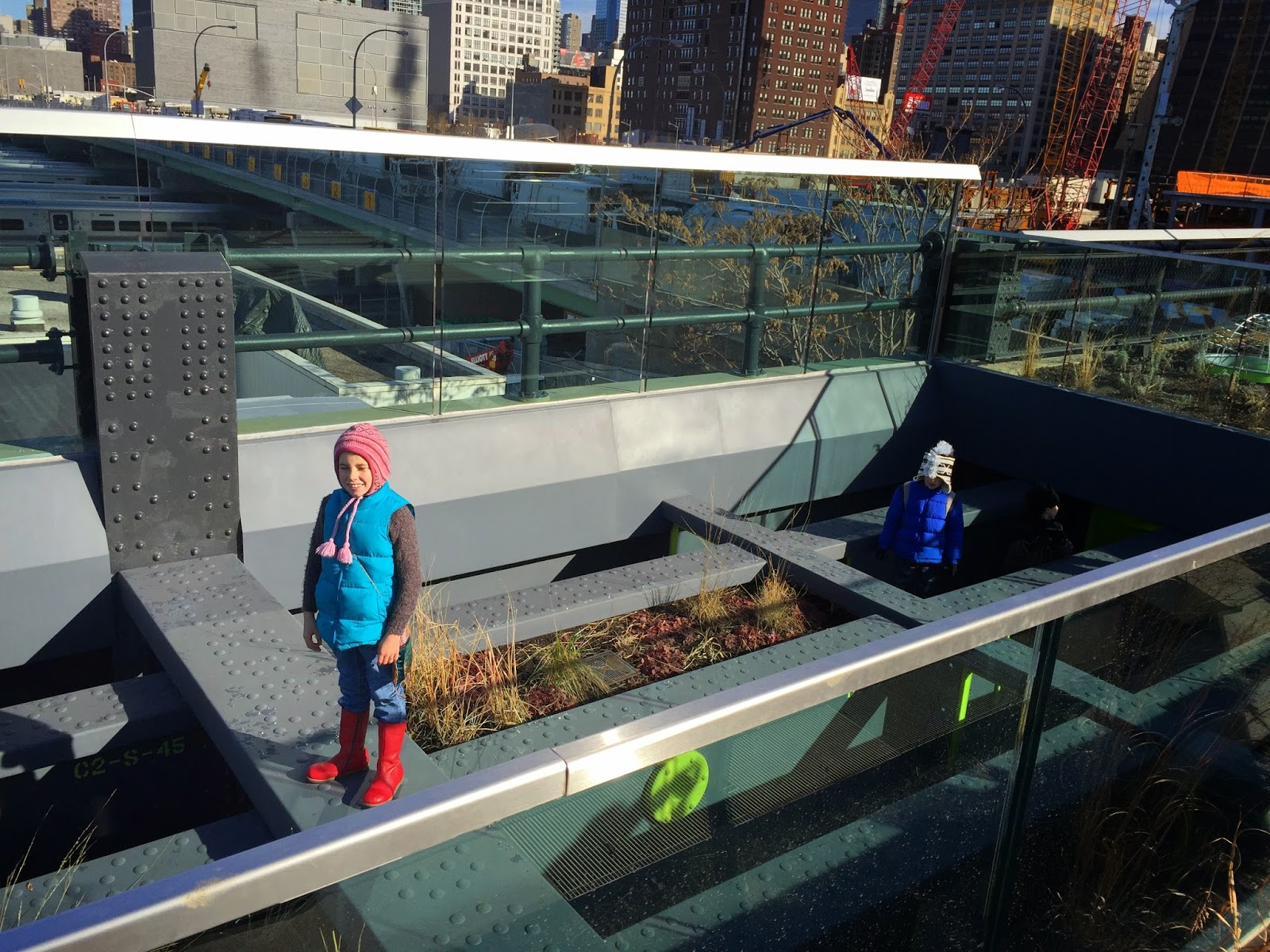 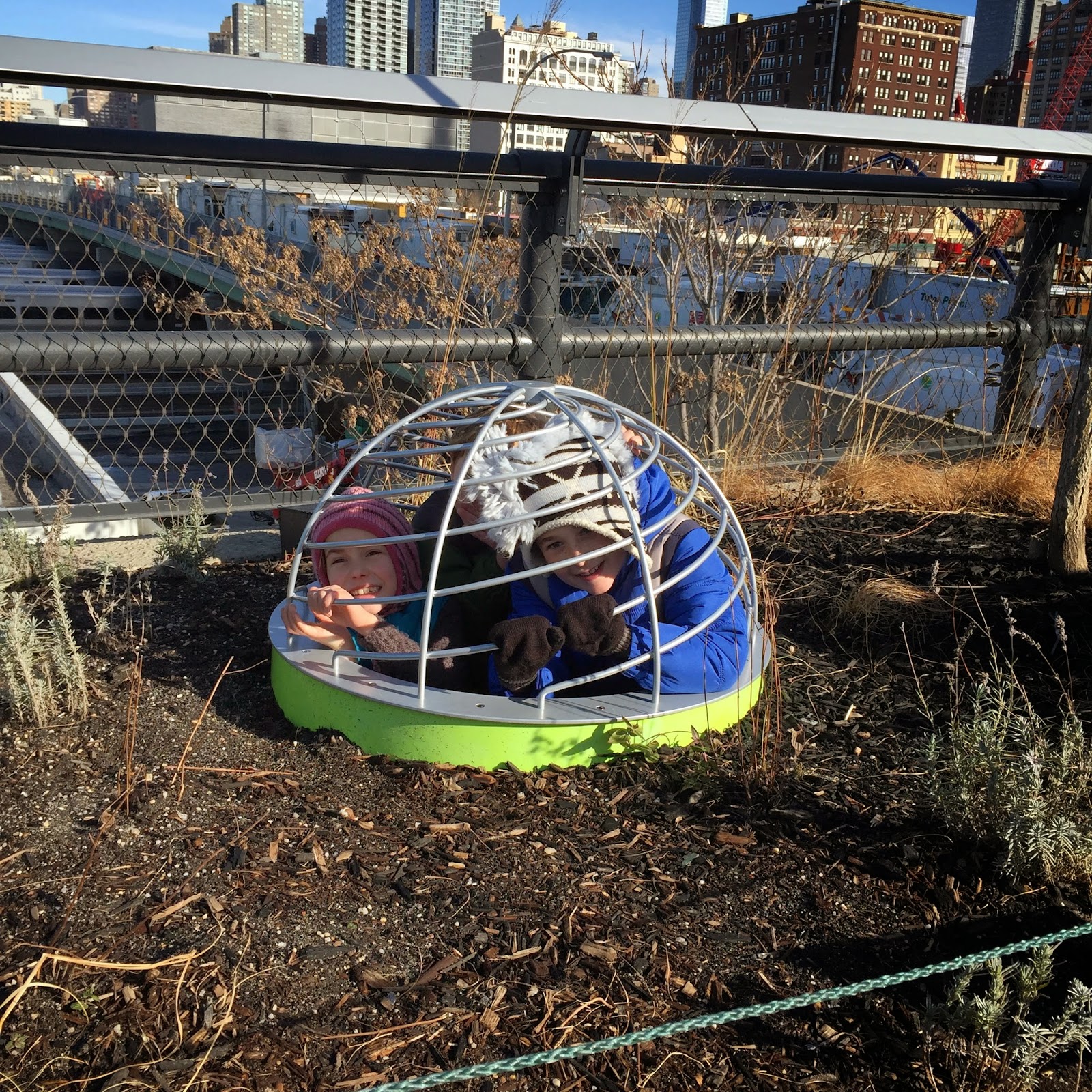 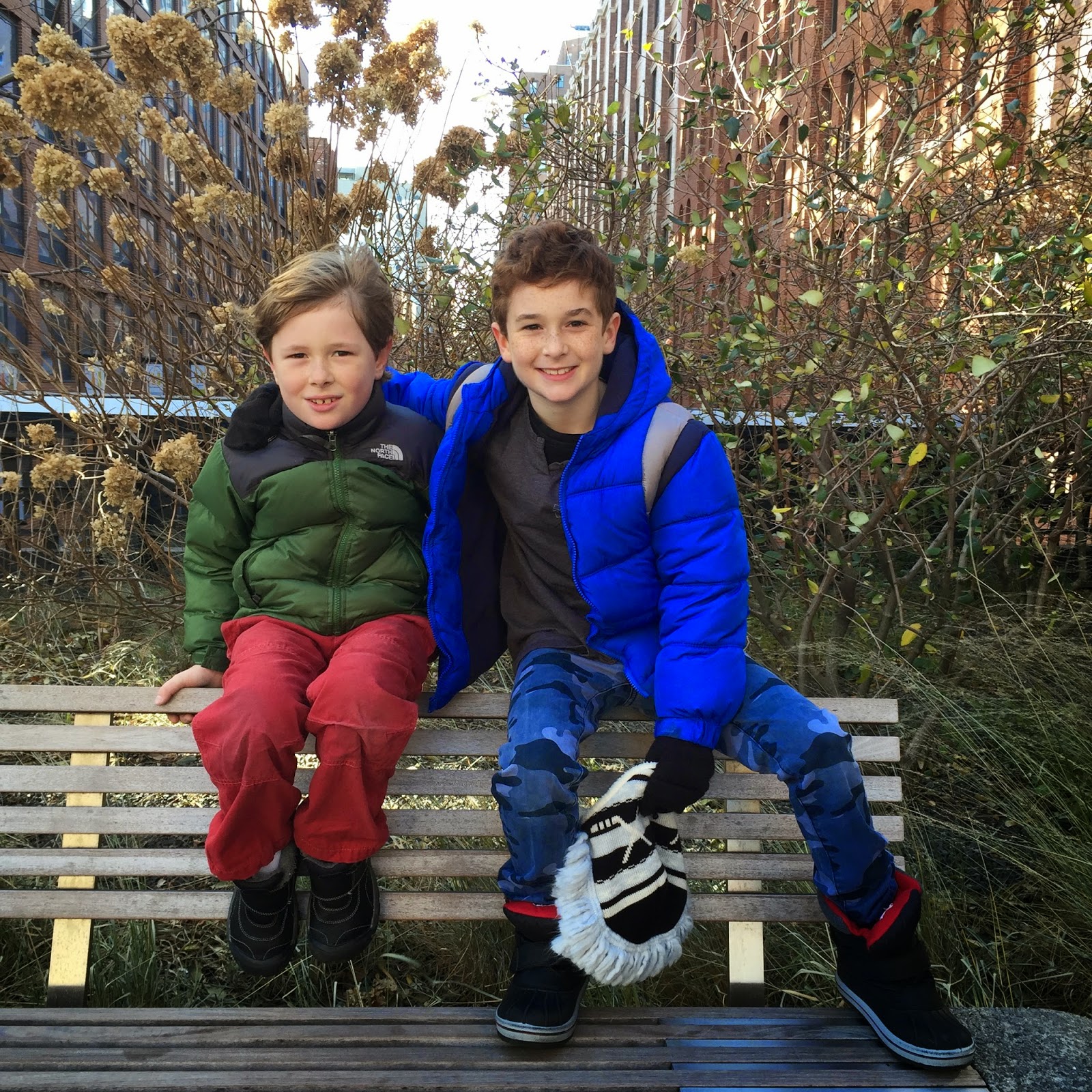 Then we took a big risk and brought them to a very unusual performance (one of those "only in New York" events).  The kids' Spanish tutor told me about a movie/dance performance that her friends were putting on at the School of Visual Arts theater in Chelsea.  This group of dancers have spent several years swimming with dolphins in Mexico and the Bahamas and have returned to swim (and dance) with the very same ones each year.  They do this beautiful underwater dance and the dolphins actually dance along with them.  You can see a clip here.  The documentary was partly in 3D also, which was pretty awesome.  The part that was a bit hokey was that during part of the film there were live dancers dancing in front of the screen.  It was just crazy enough that our friends actually really enjoyed it. 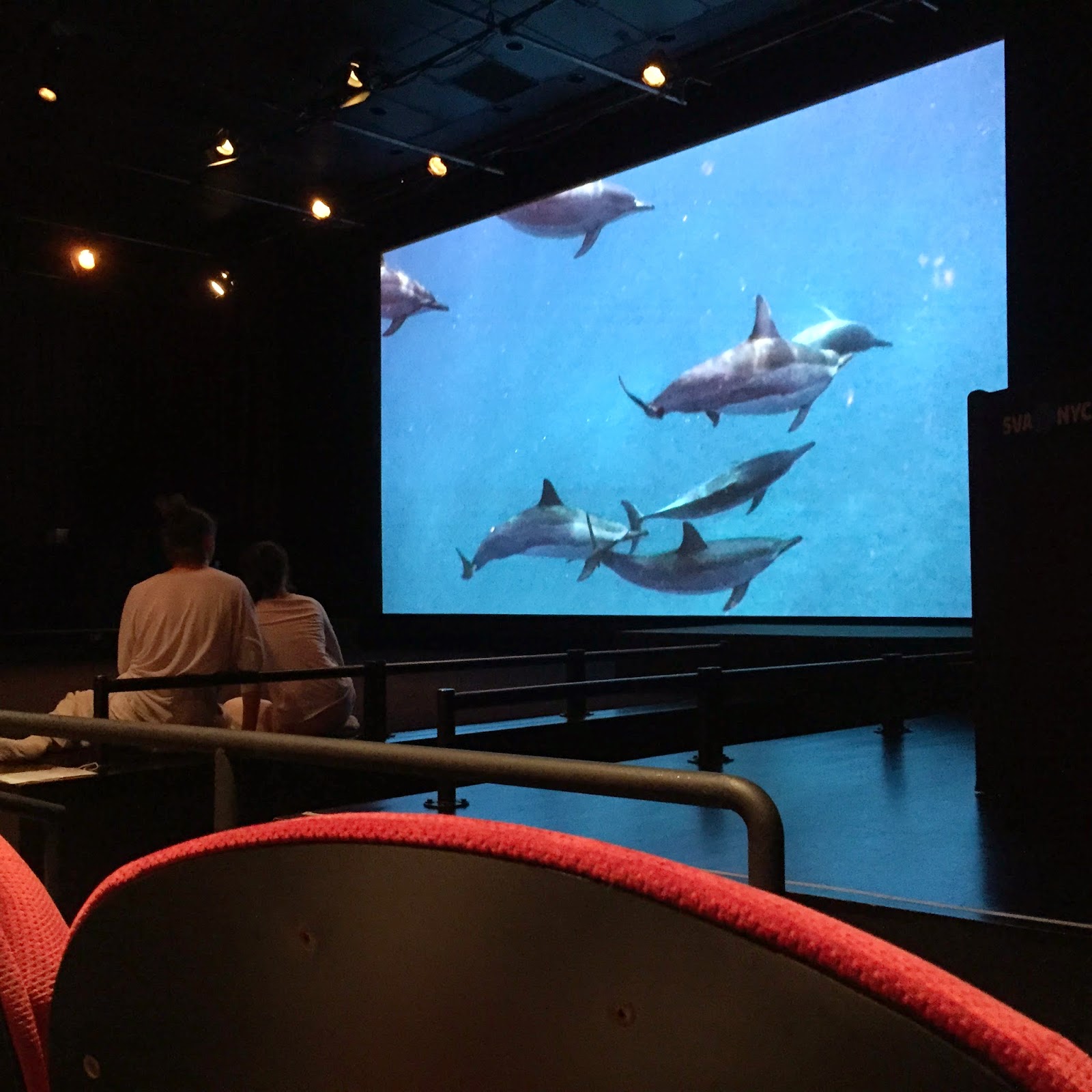 Their last request for the day before dinner was the Museum of Modern Art.  We headed east and Kevin did his brilliant 90-minute tour of the museum's highlights.  We even had time to quickly whiz through the Matisse Cut-Outs exhibit going on now. 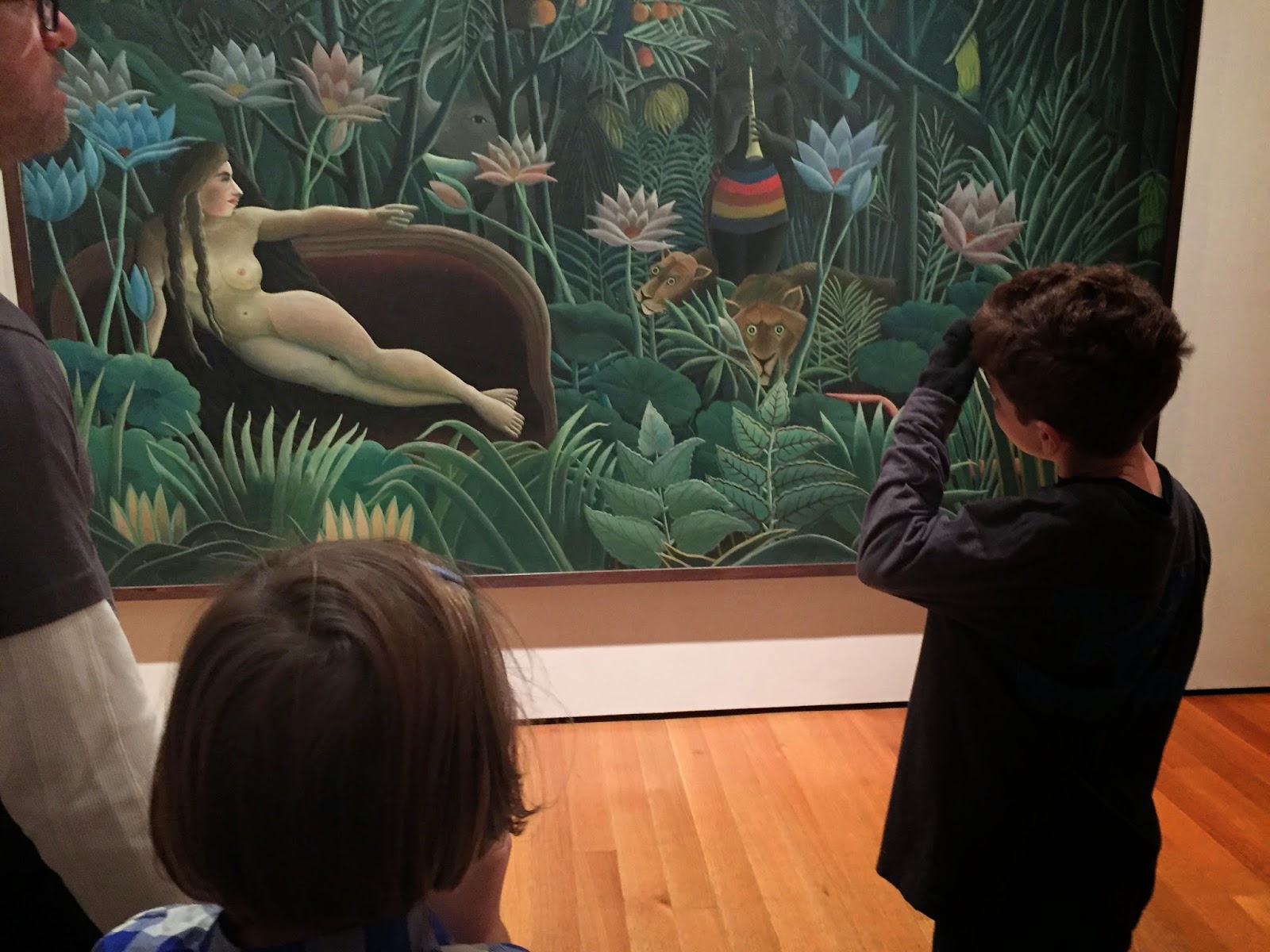 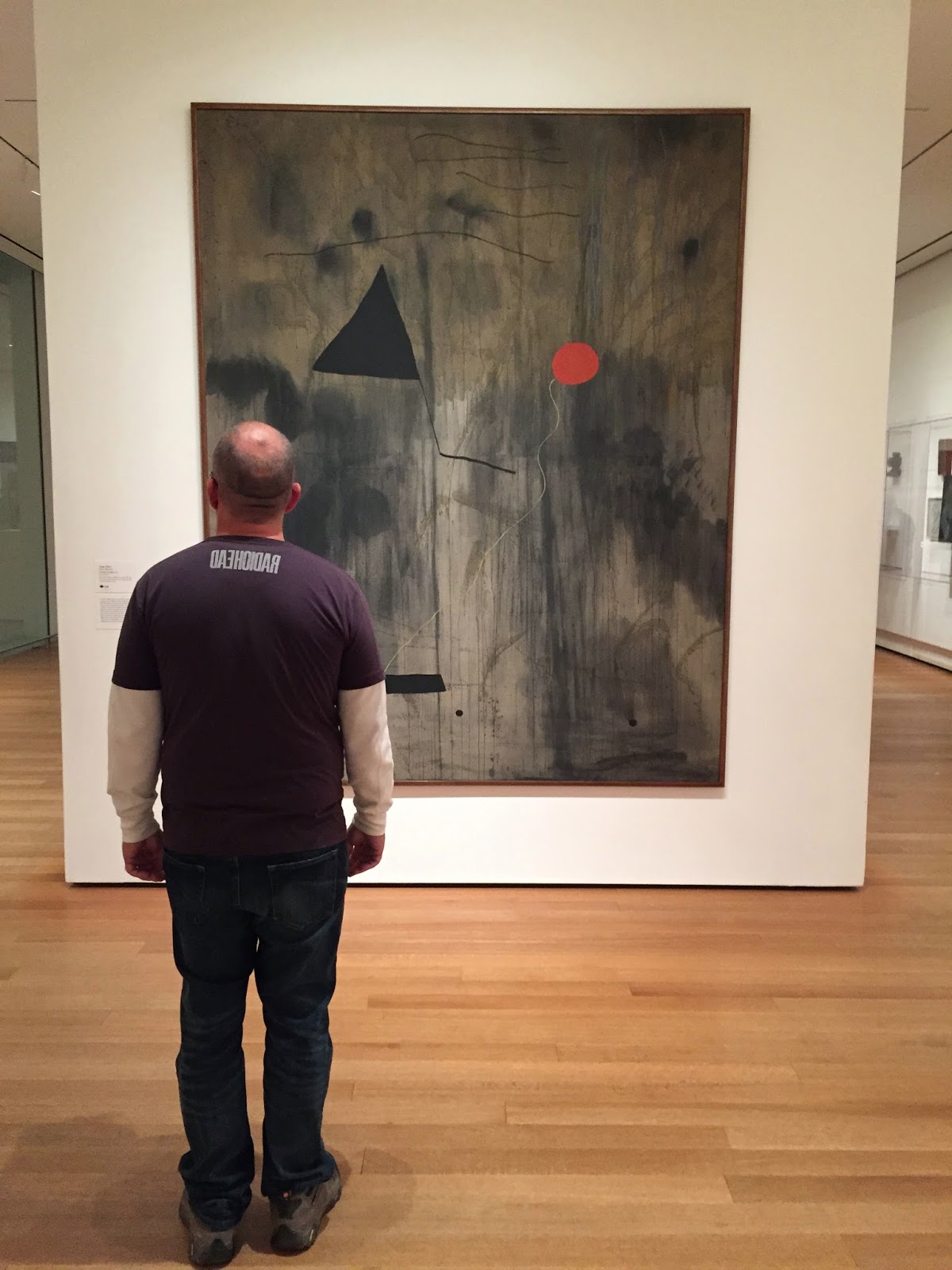 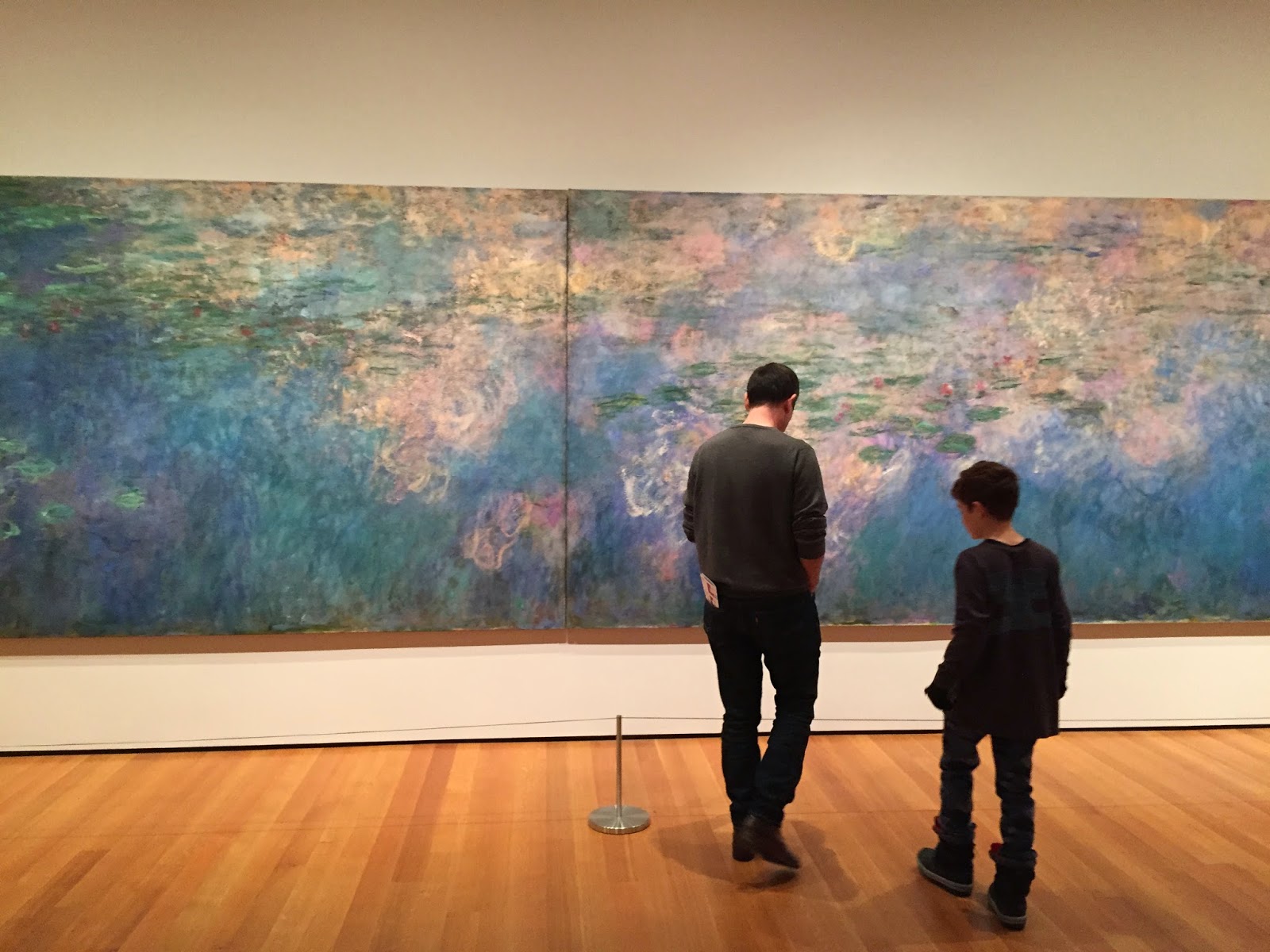 We made the fatal error of trying to walk through Rockefeller Center at night during the holidays and were literally pinned in between thousands of our closest friends, taking 20 minutes to make it down just one block.  It's worse than a zoo there this time of year.  We were able to get a very quick glimpse of the big tree and watch the spectacle that is Saks Fifth Avenue at Christmastime. 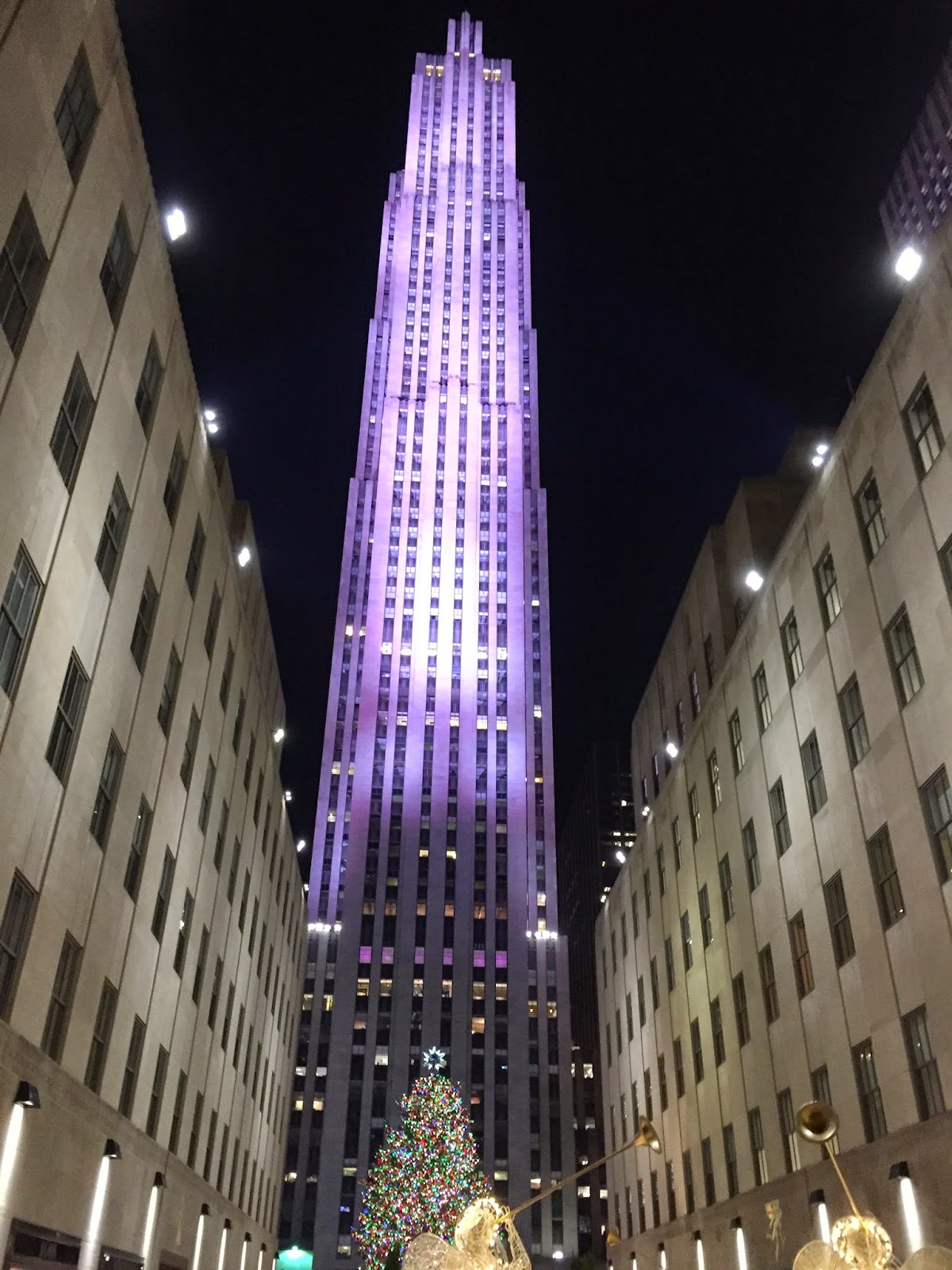 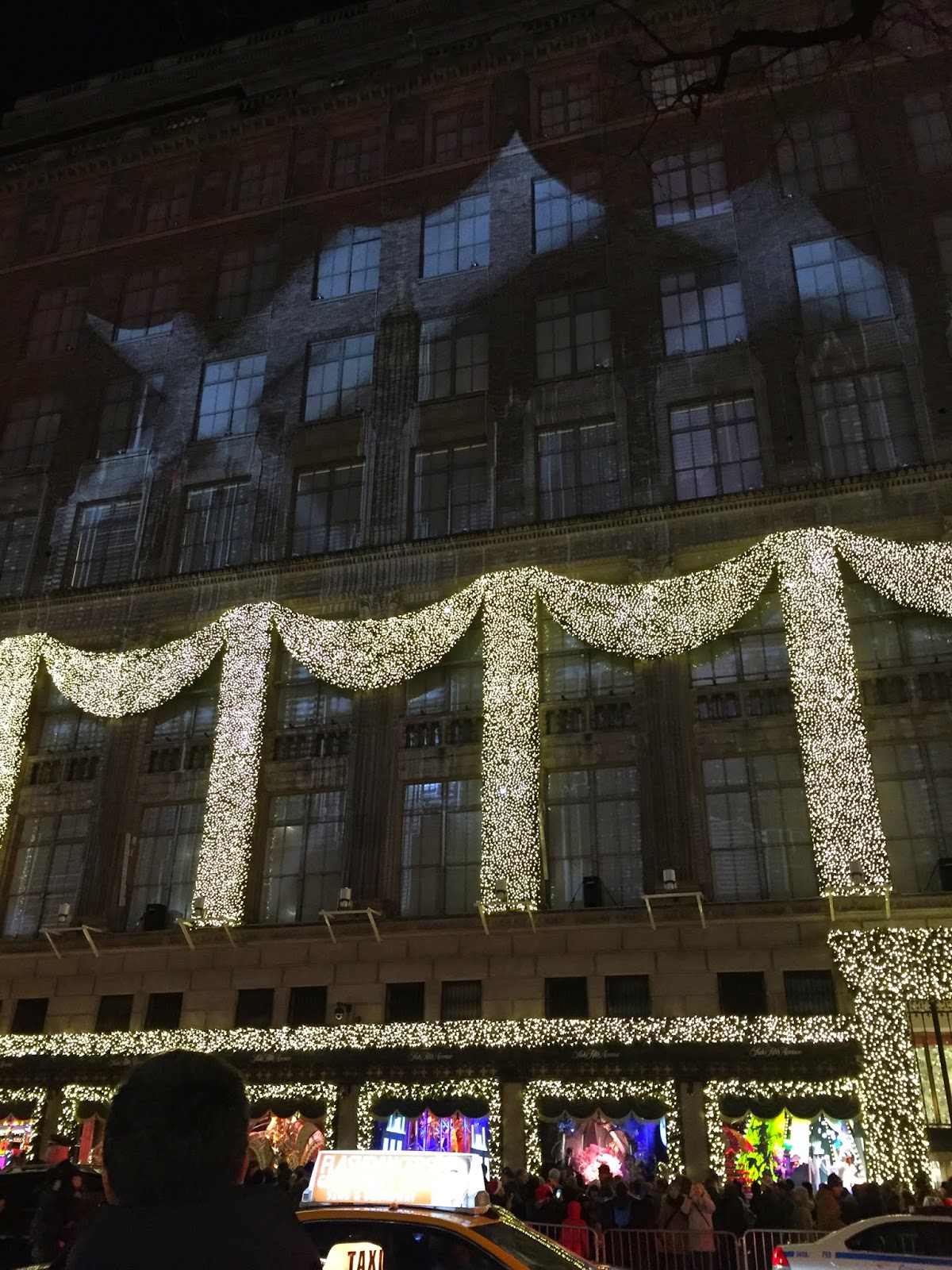 And after two days in a row of miles of walking, this crew was pooped. 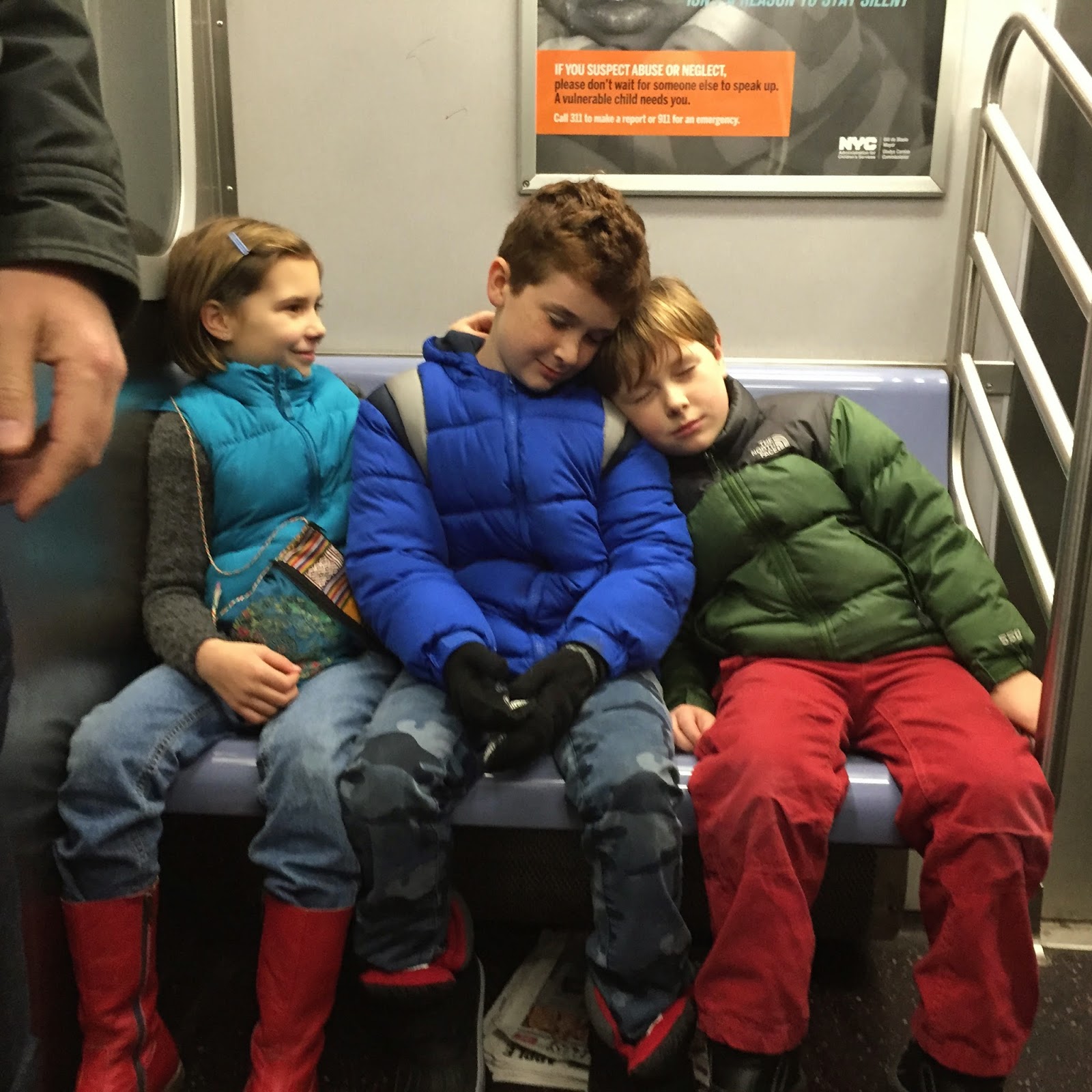