I've got about 99 things to do today and writing a blog post should not be one of them.  But then I think of the grandmas hitting refresh on their computers all day...and it's a sad picture.  So I'll keep it brief and filled with photos.

Friday was Halloween, people!  But you probably knew that.  Even if you don't have kids your house is likely filled with candy.

May I present Hermione and Dementor from the Harry Potter series? 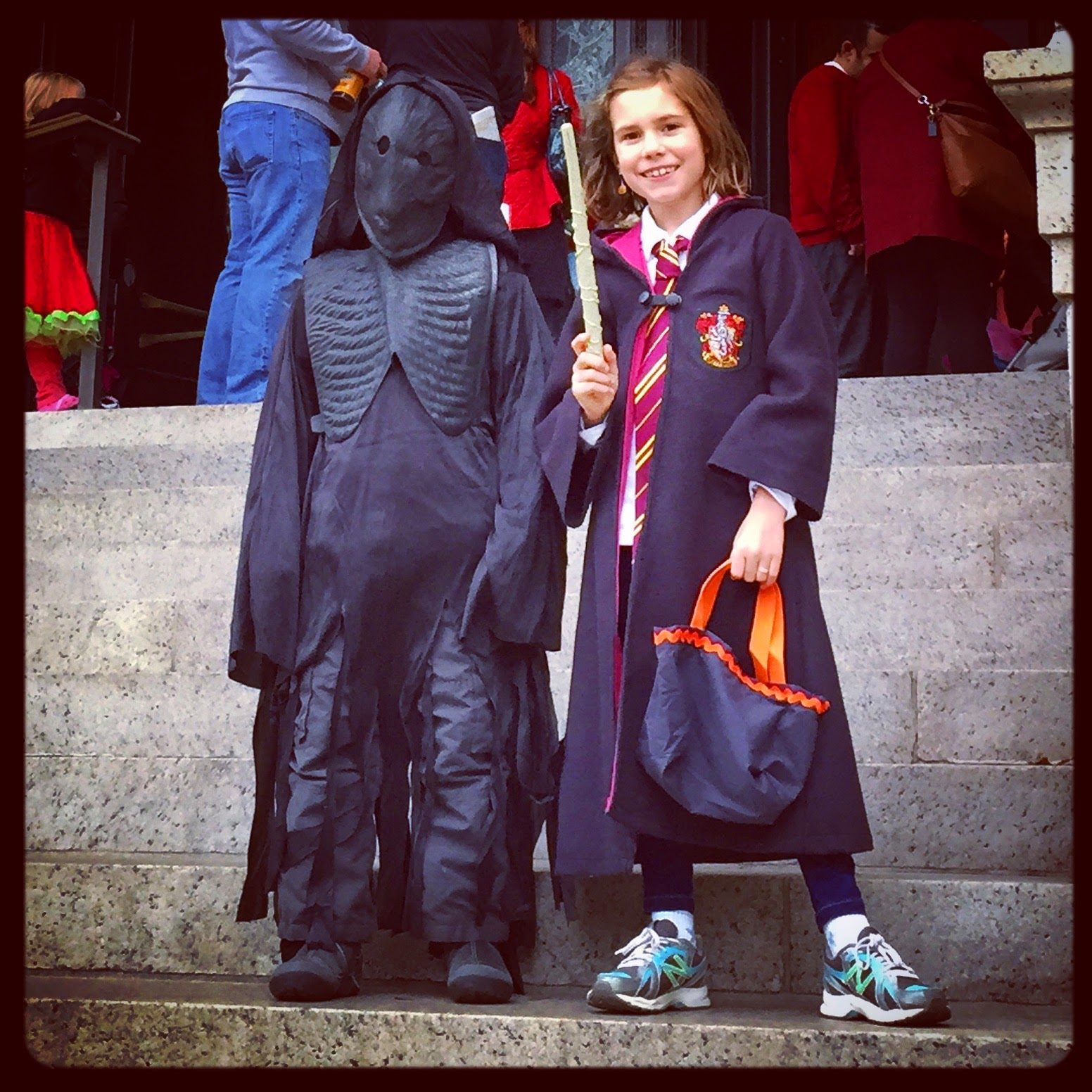 We had probably the best Halloween the kids have had ever (if that's quantifiable in pieces of candy).  We joined forces with Alina and her son Luke for Operation Candy Haul.  Alina had mapped out the most efficient Trick-or-Treating route in the Upper West Side, so after a brief run through the American Museum of Natural History (we didn't even bother with the silly crafts tables this year, just sped through all the candy give-aways) we walked for hours back and forth through the neighborhood avenues.  Several blocks were closed to traffic and the neighbors went to town decorating their spooky Brownstones.  Dads met up with us along the way. 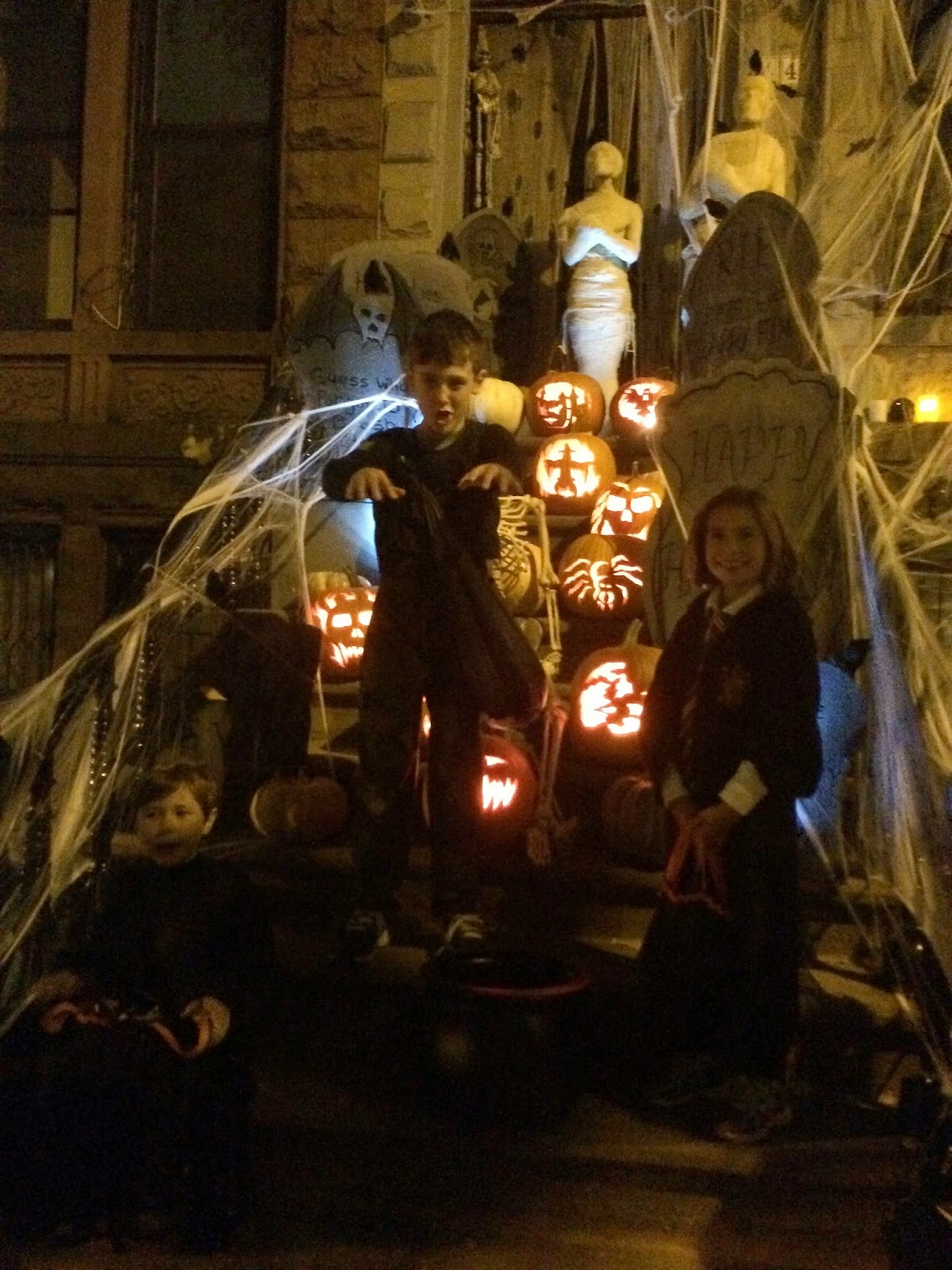 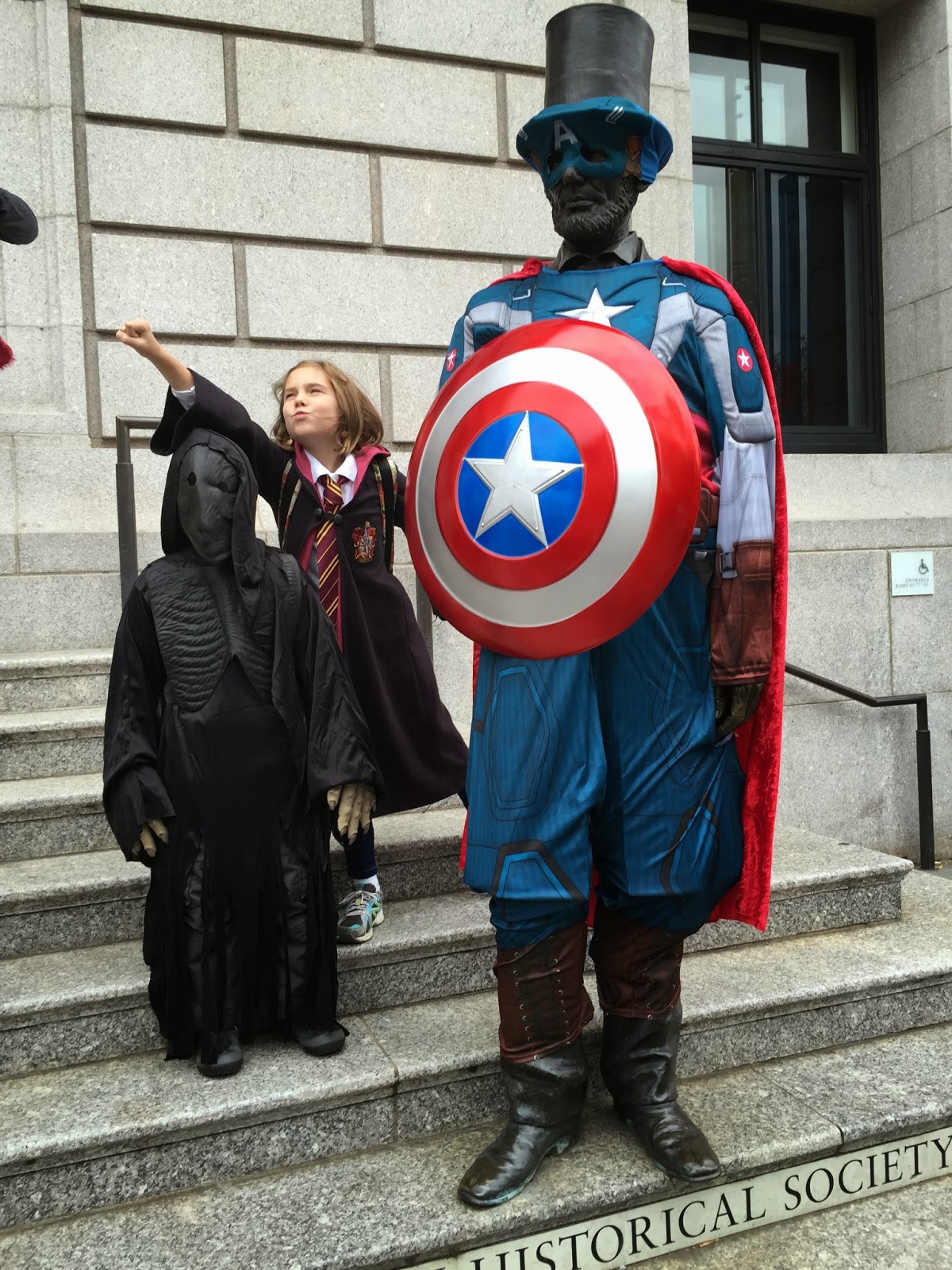 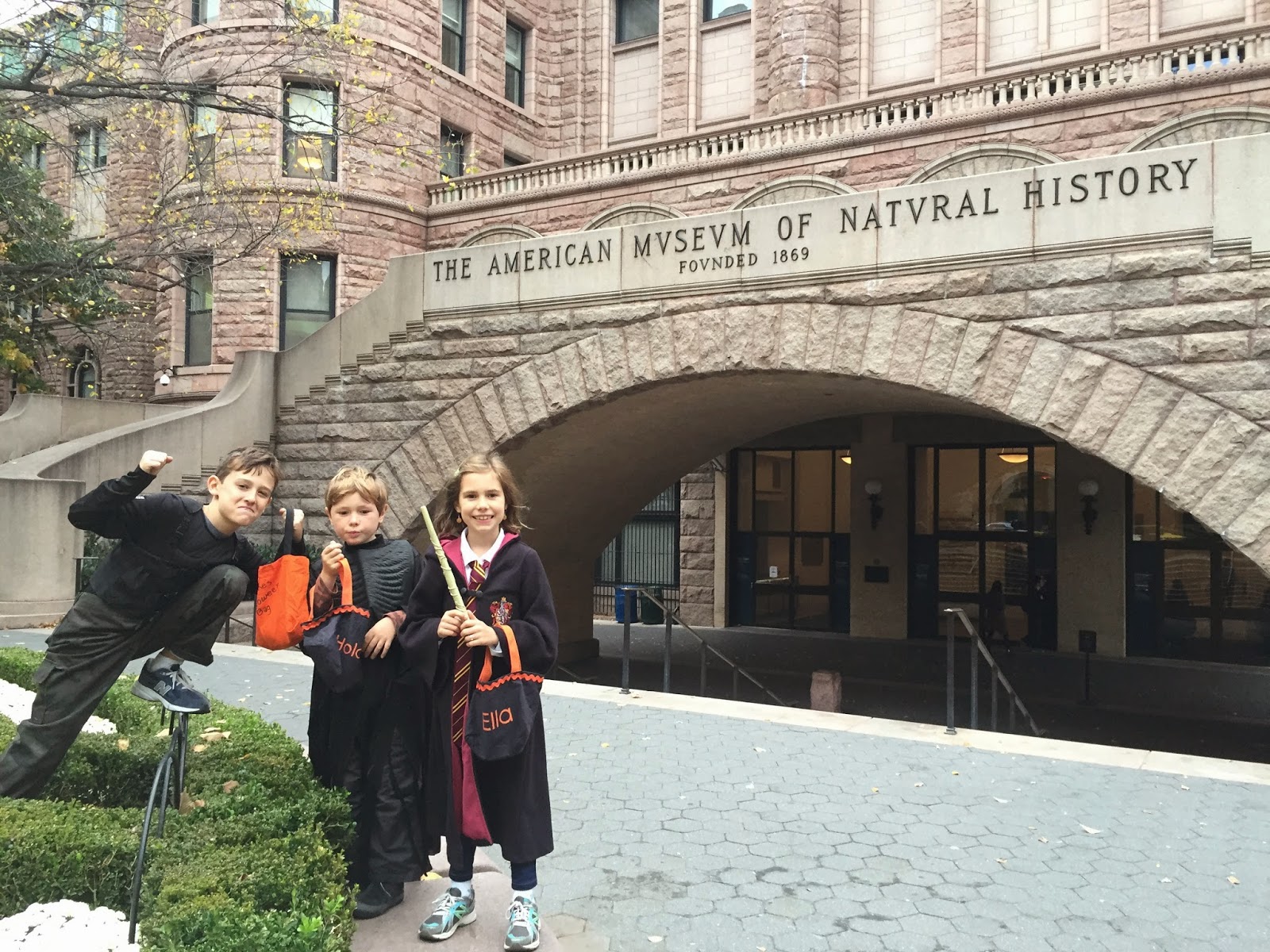 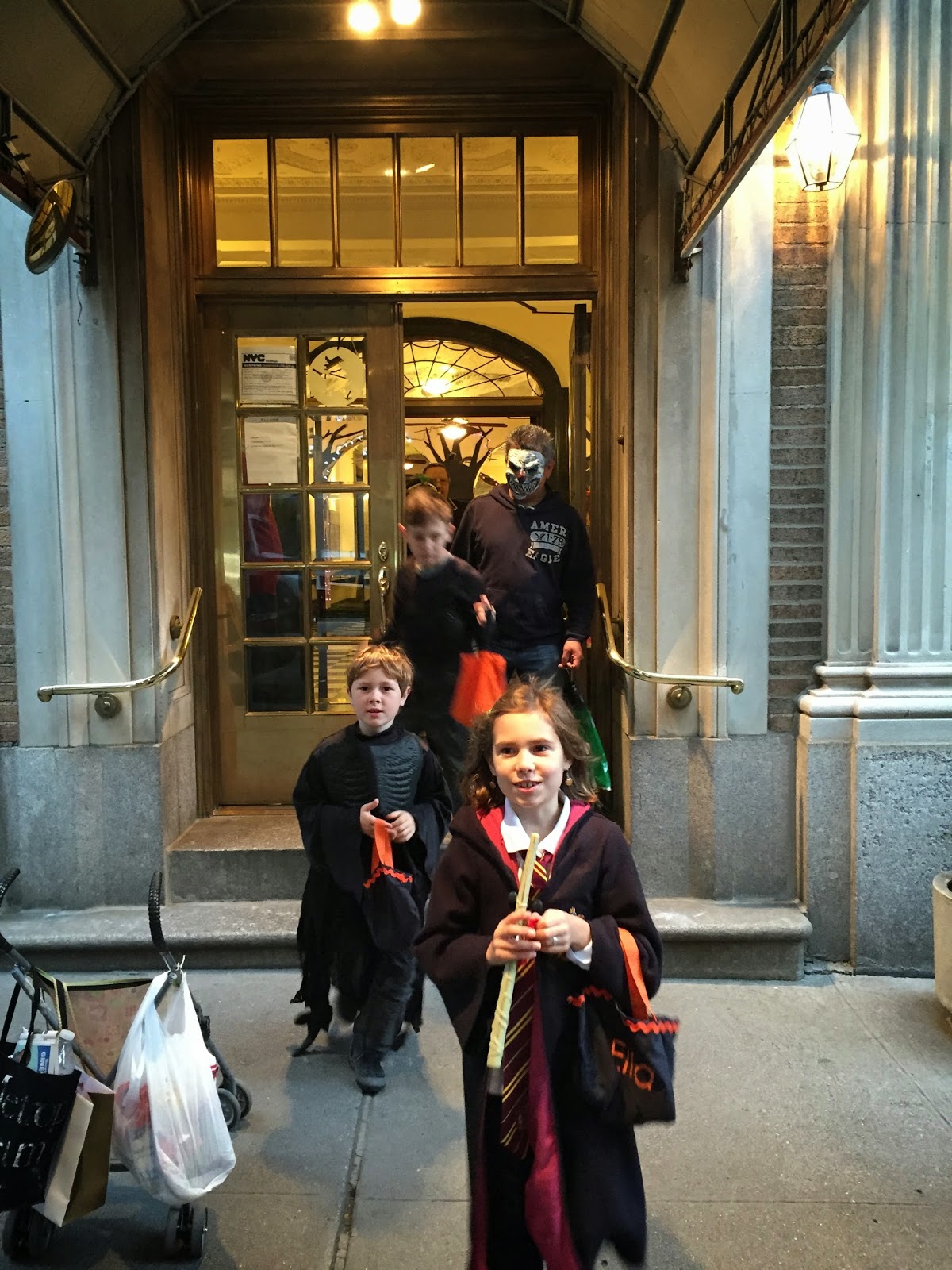 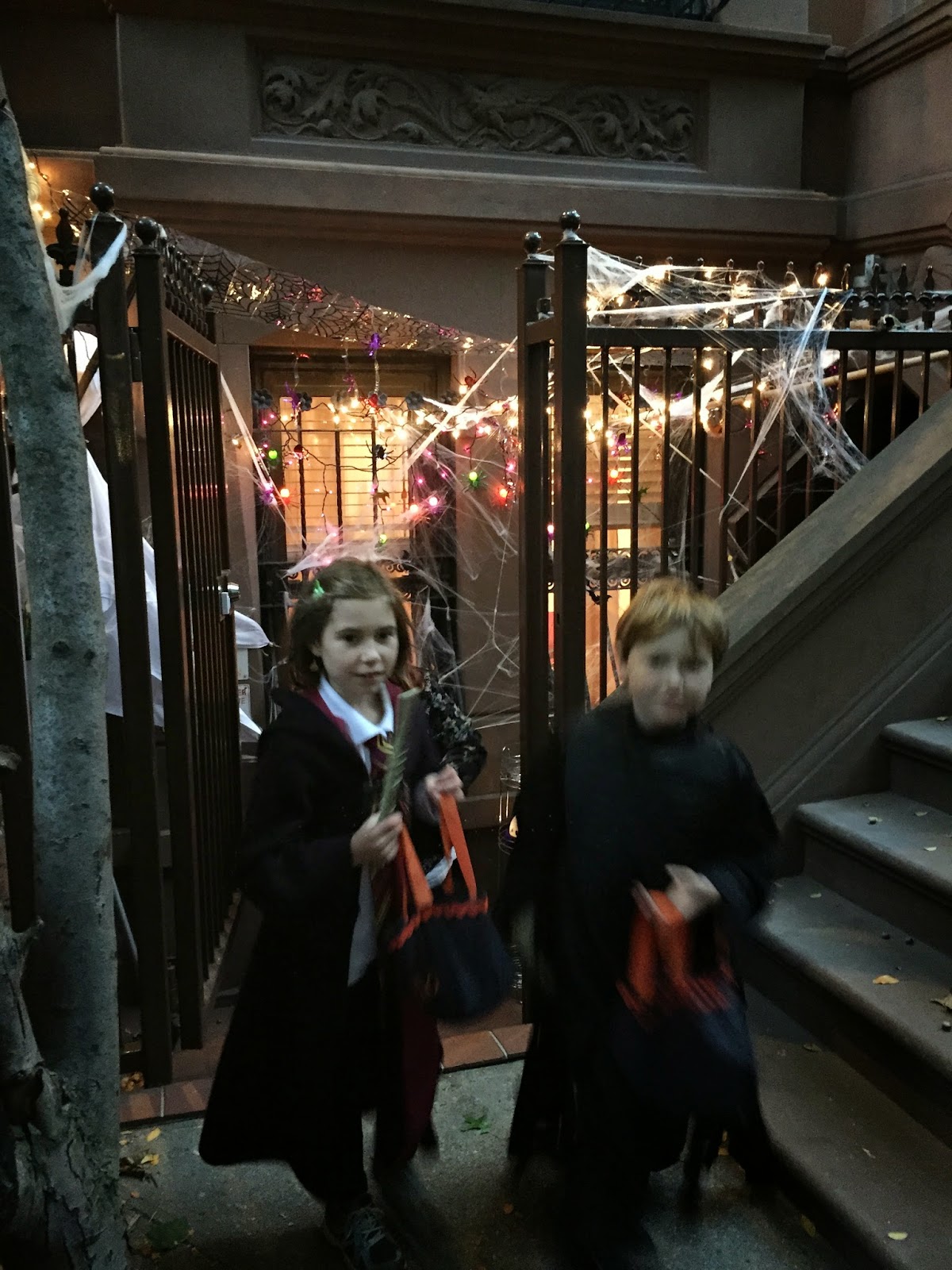 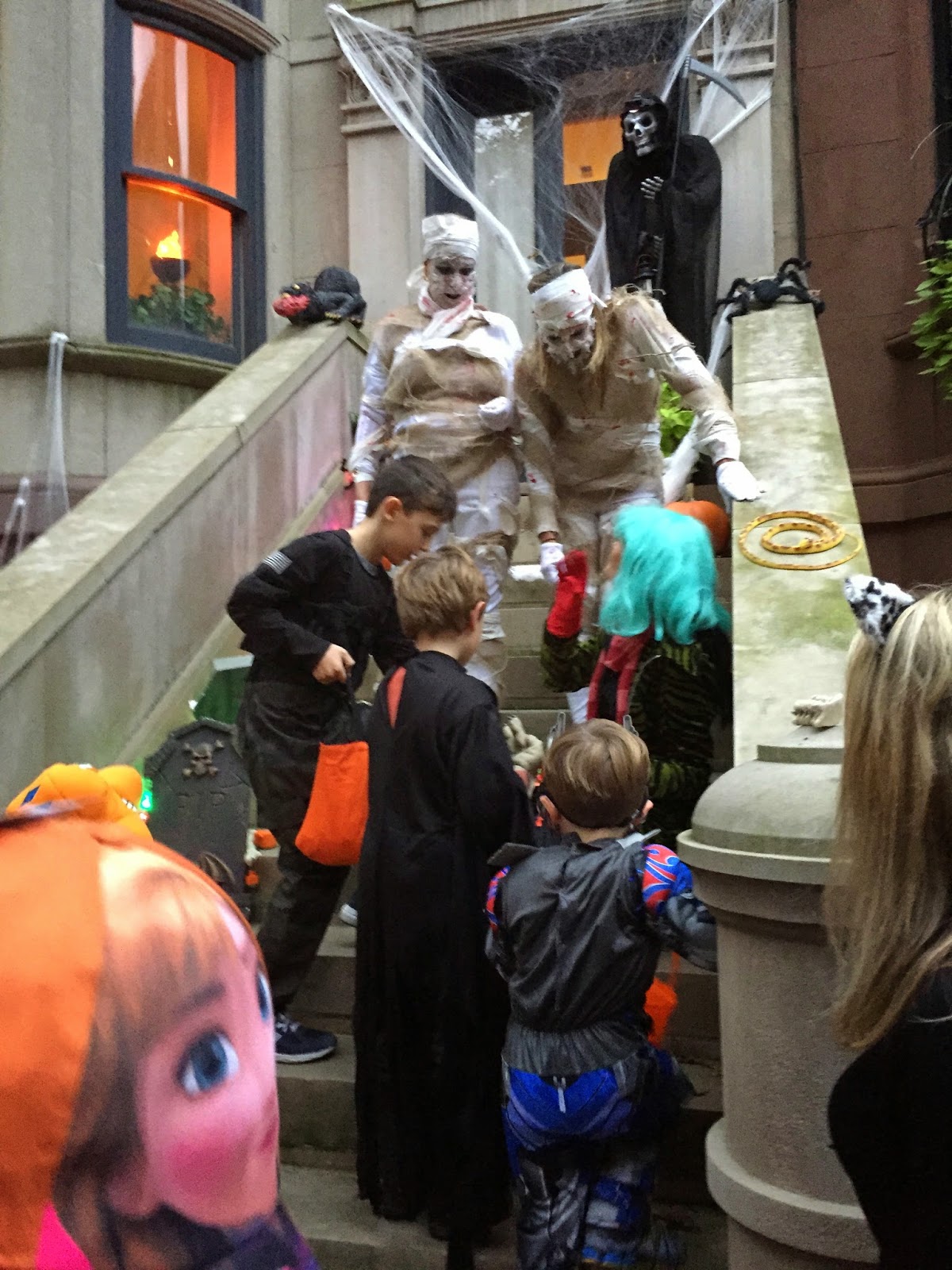 There was even free wine. 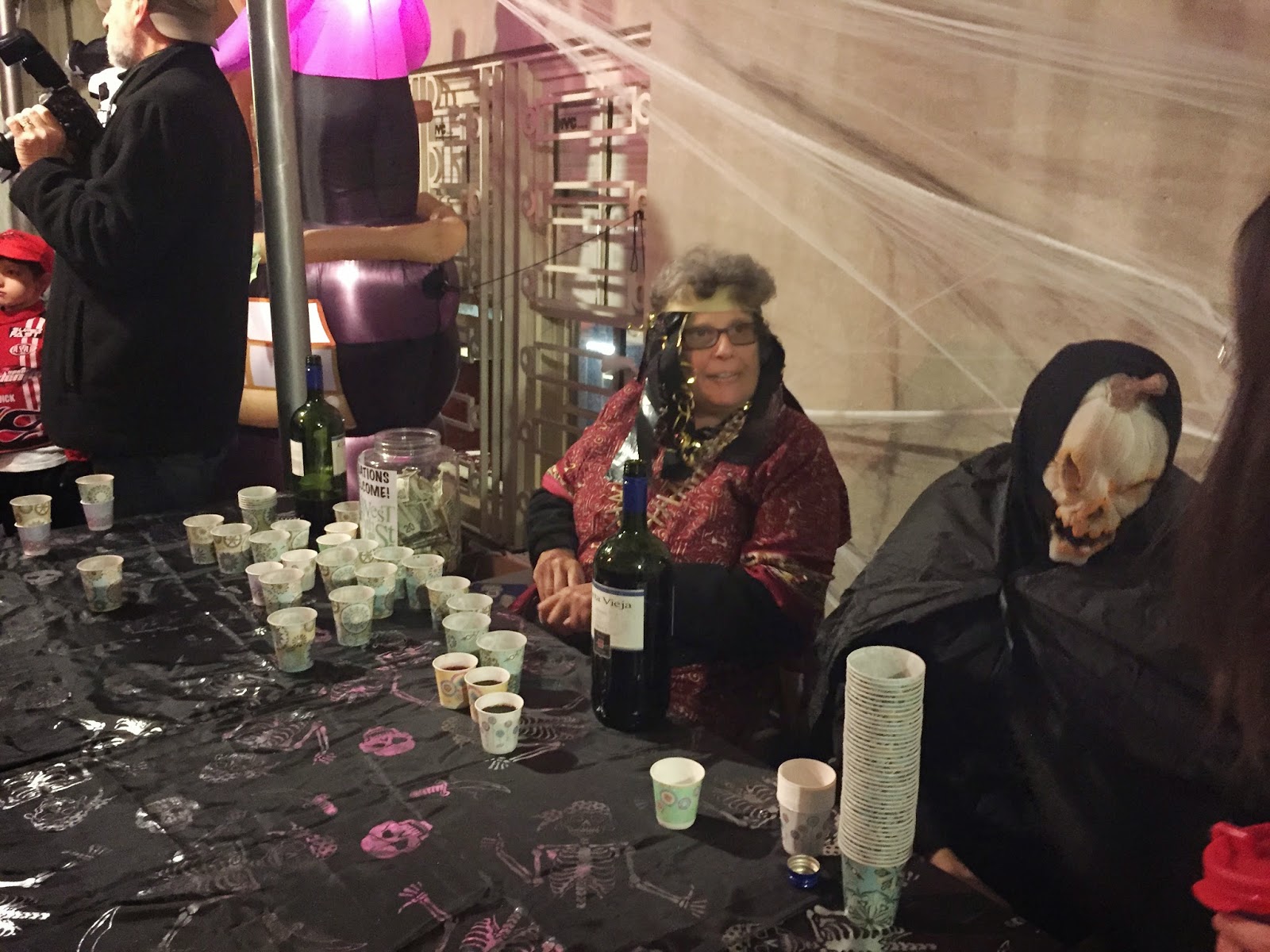 The kids certainly got their biggest haul ever.  Saturday morning was spent making trades and deals.  There was some serious negotiating going on. 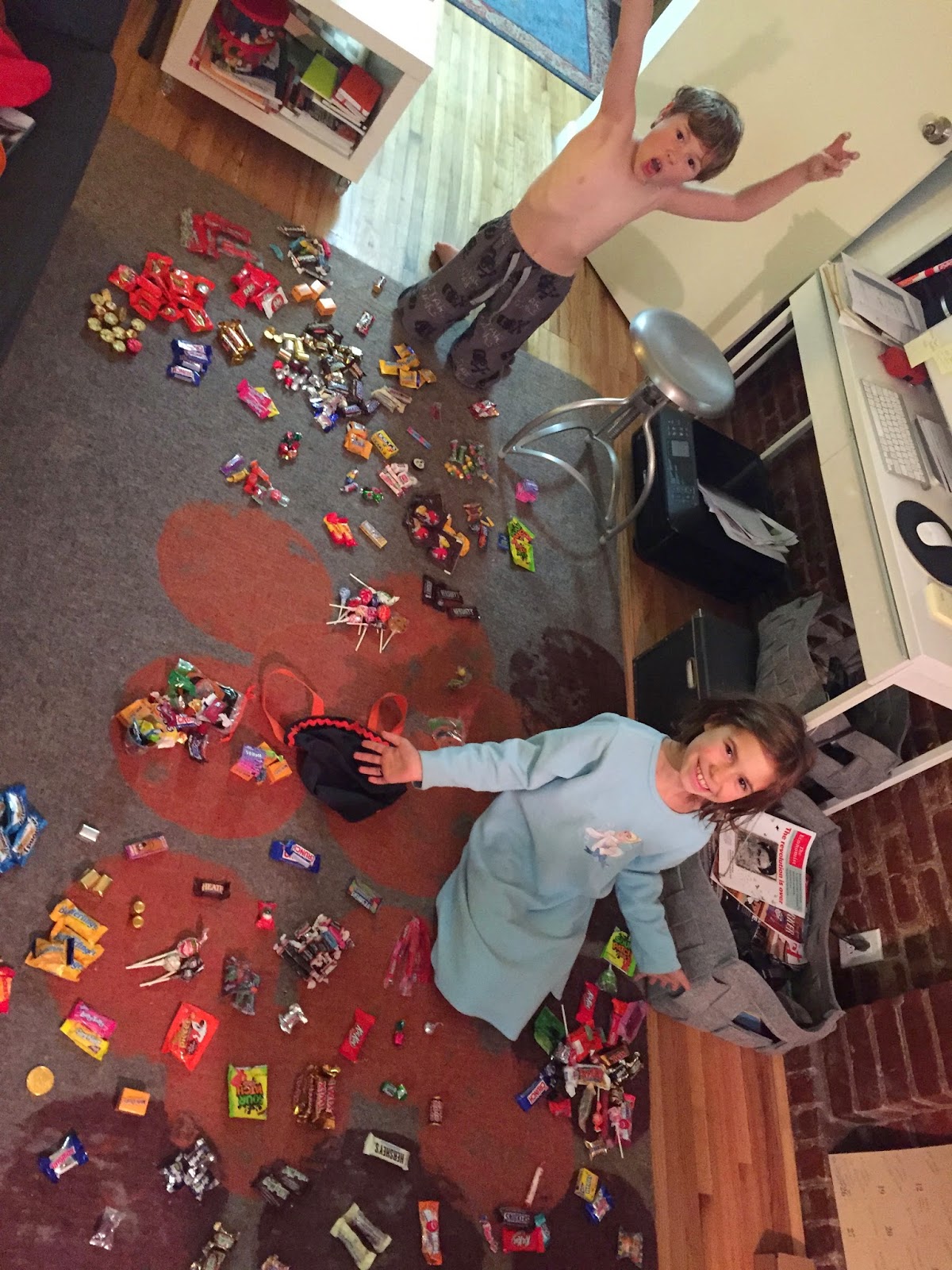 I was never more happy to hear the rain on Saturday morning.  Not because we've had a drought (we haven't) but because our little family was in much need of a whole day alone together.  And rain meant soccer and softball were cancelled.

We started out in Greenwich Village at a "game cafe".  The Uncommons is "NYC's first and only board game cafe".  You hang out, drink coffee and play board games.  This isn't like one of those bars with a few sad games on a shelf for you to play.  This place has hundreds of games to choose from.  And if you aren't playing, you really shouldn't be there. 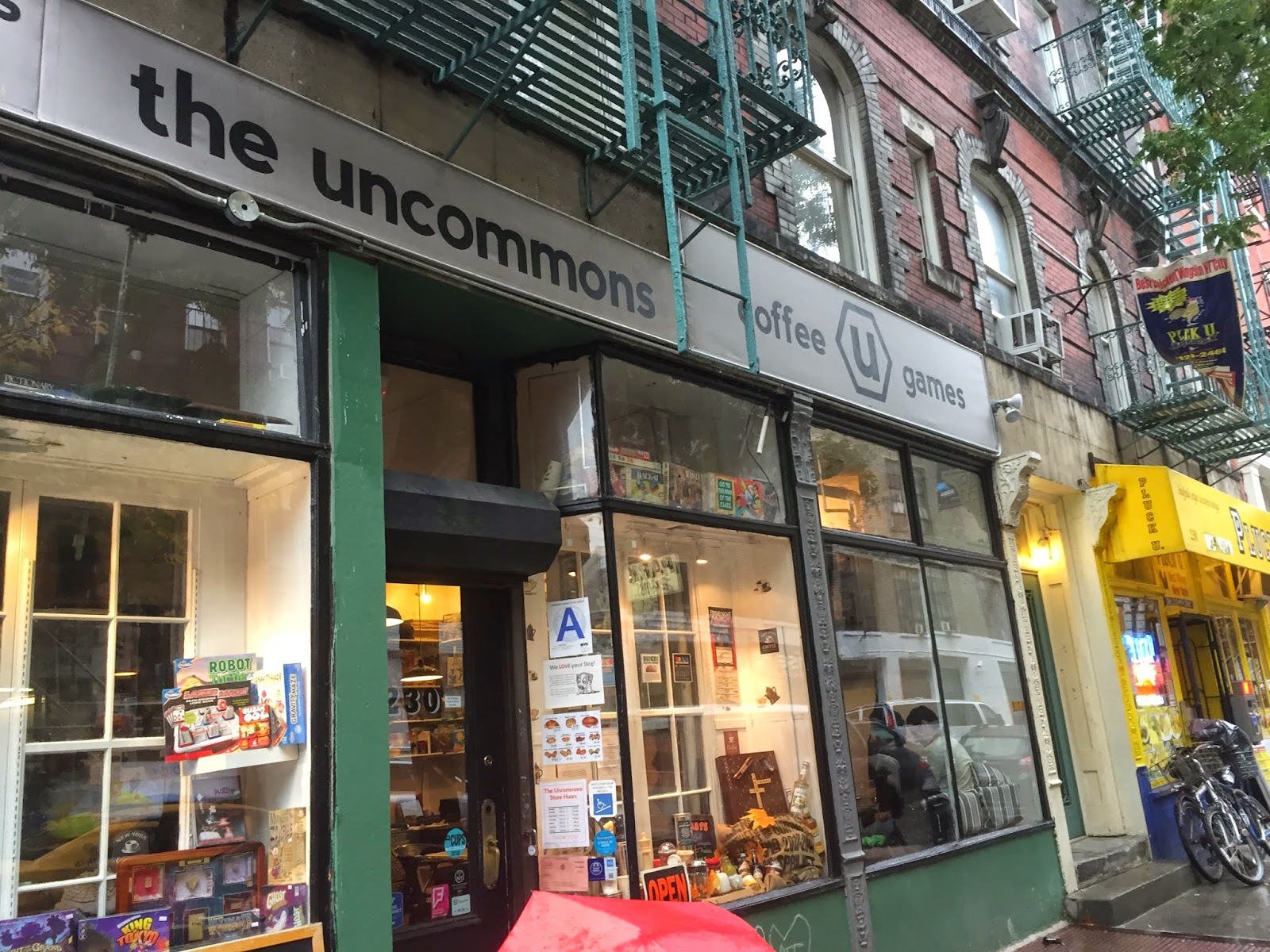 We joined a bunch of nerdy NYU students and spent about three hours playing game after game while the rain fell outside. 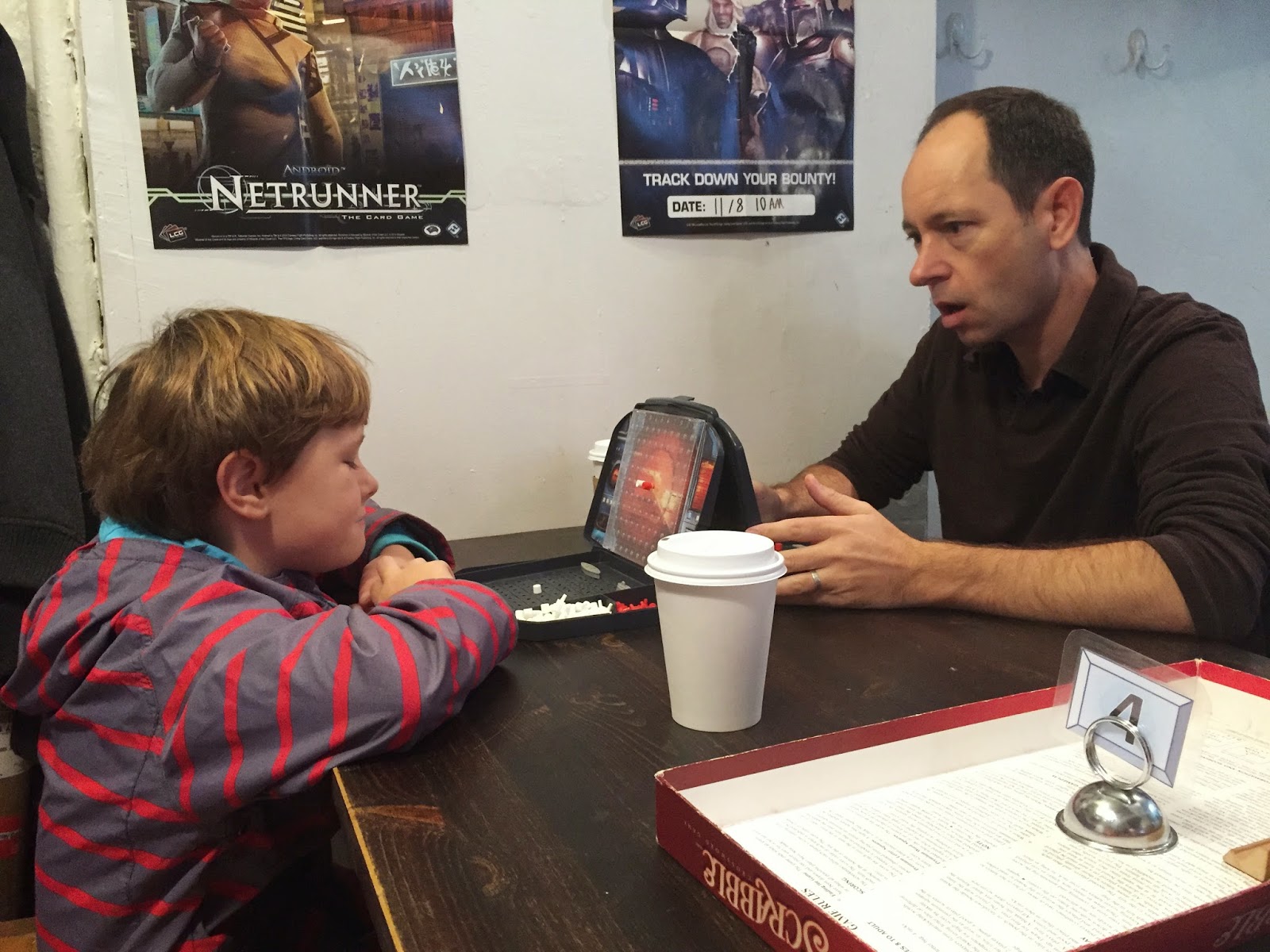 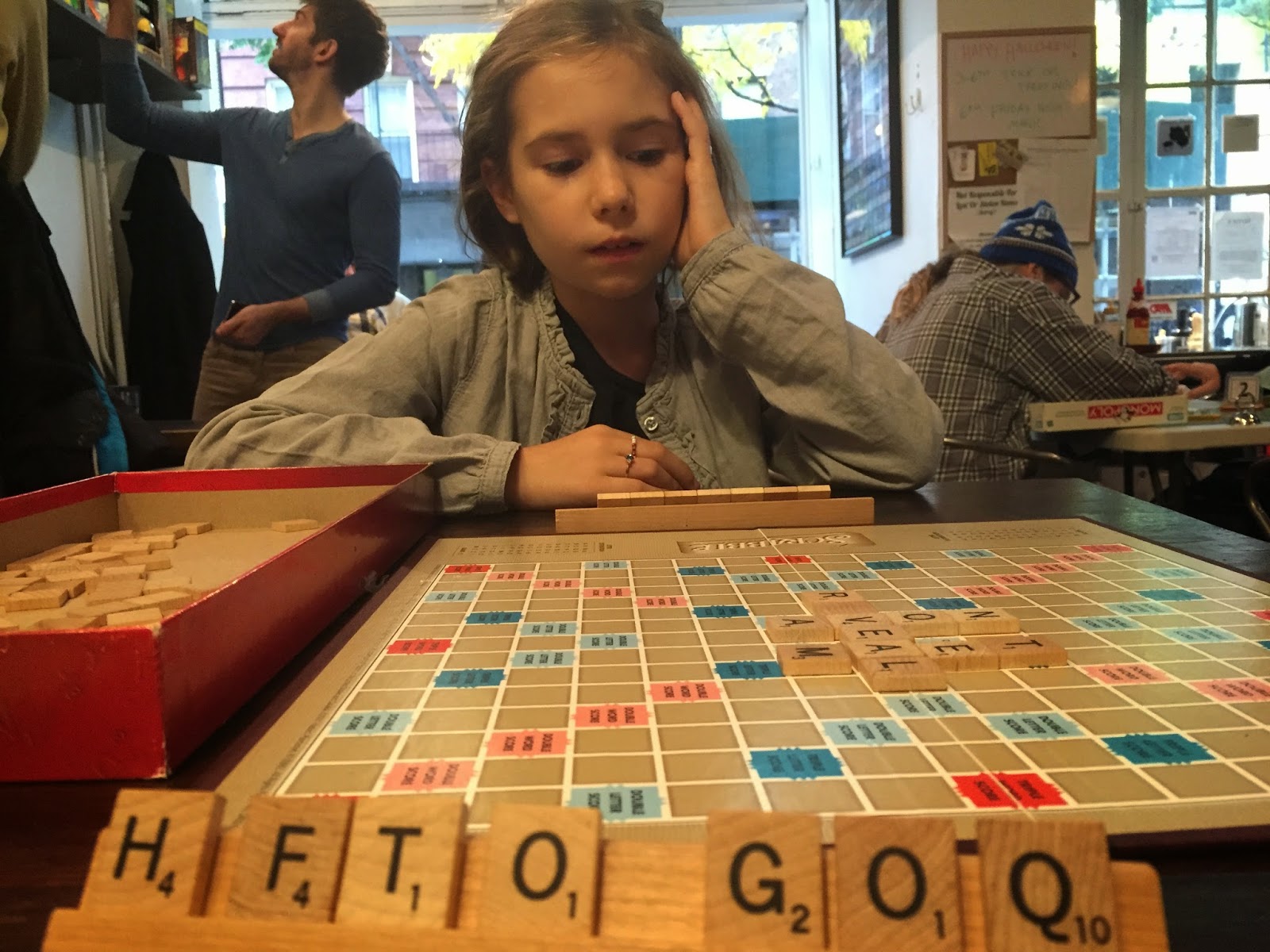 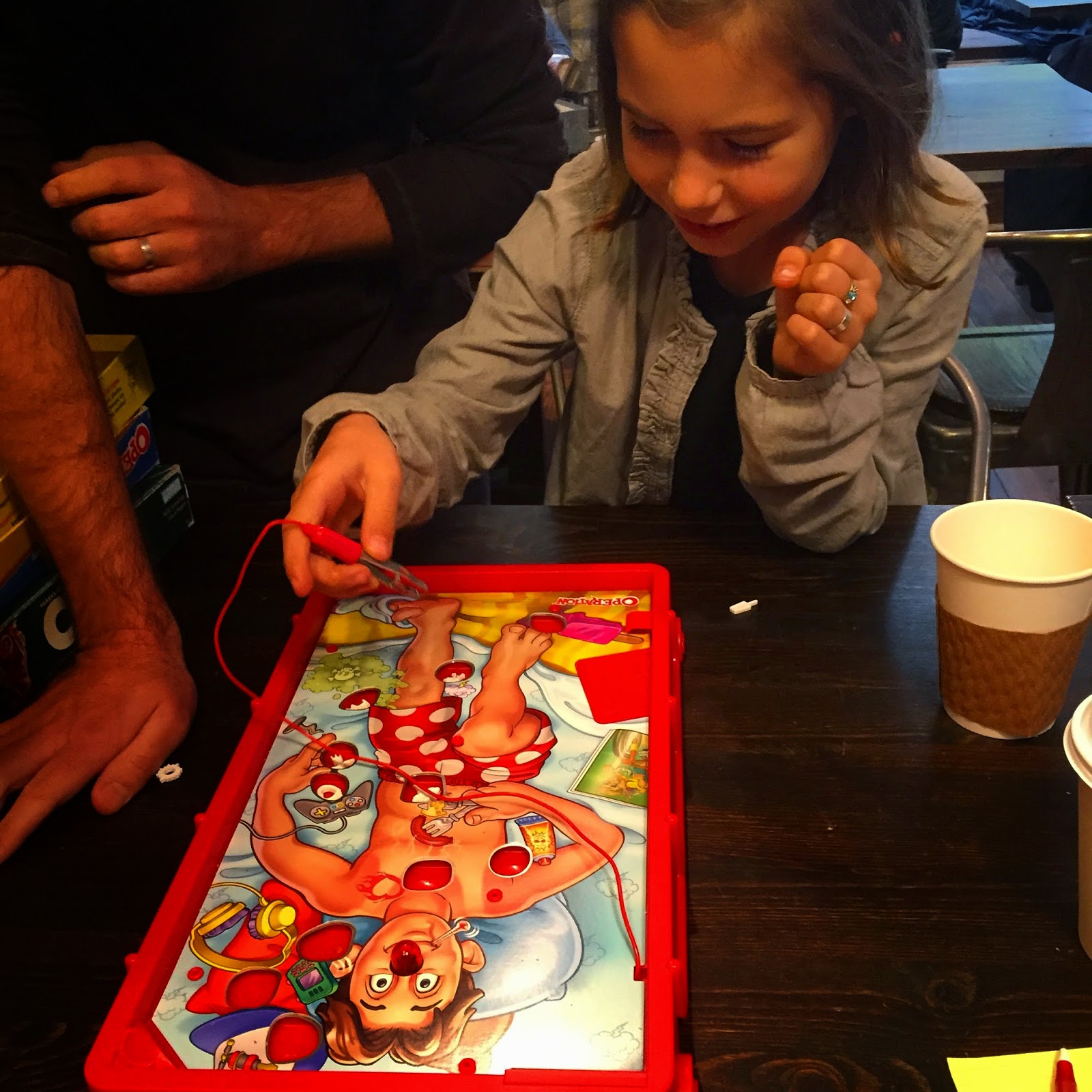 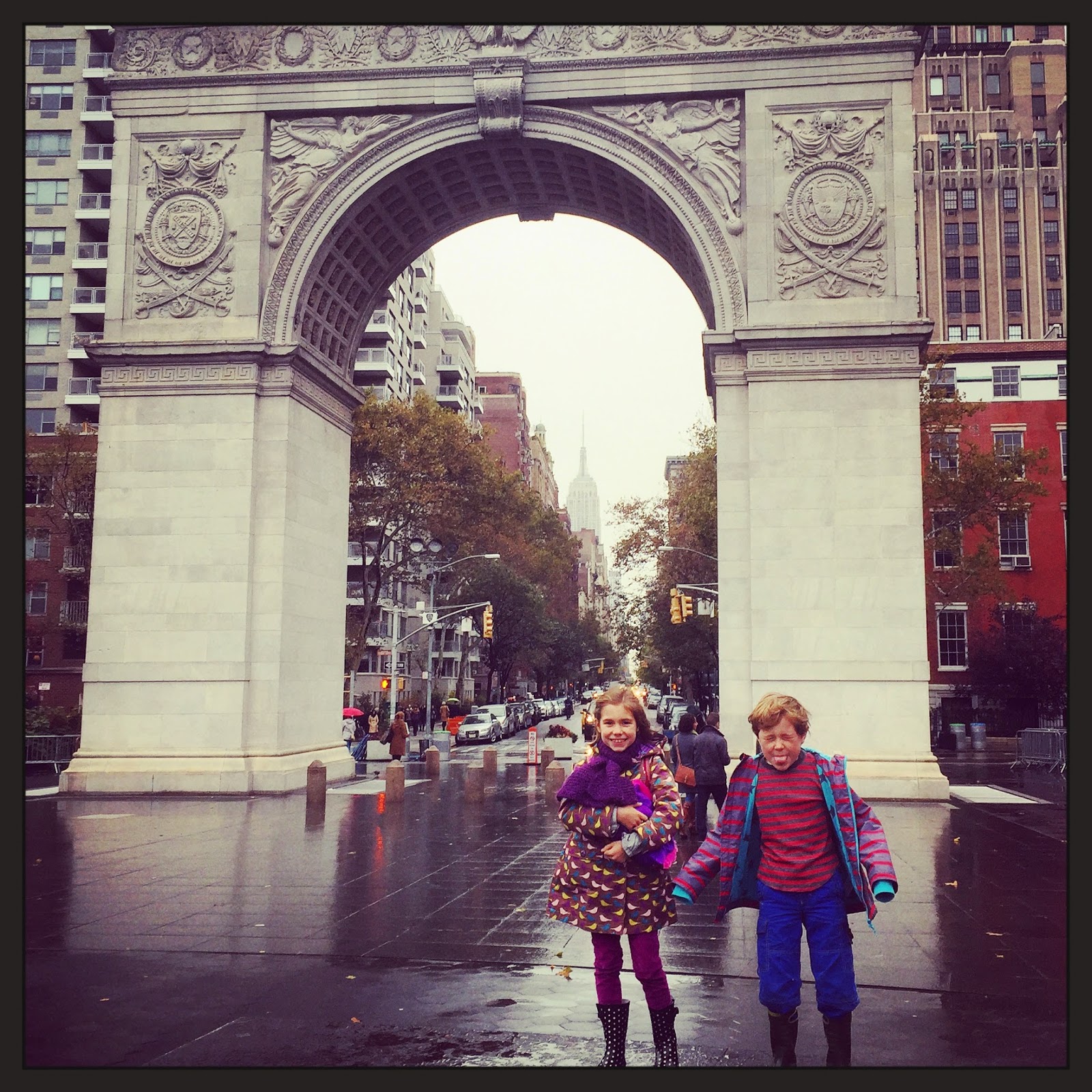 We spent the afternoon warm and dry in a movie theater watching The Book of Life.  It's a beautiful movie about the Mexican Day of the Dead, which was appropriate since we were seeing it on the Day of the Dead.

Sunday the rain lifted and Ella got to play soccer with the Pink Panthers and celebrate with a pizza party after.  The girls on the team have gotten really close and they've been begging for a big slumber party.  Since this is New York and no one can accommodate a soccer team, we settled on pizza. 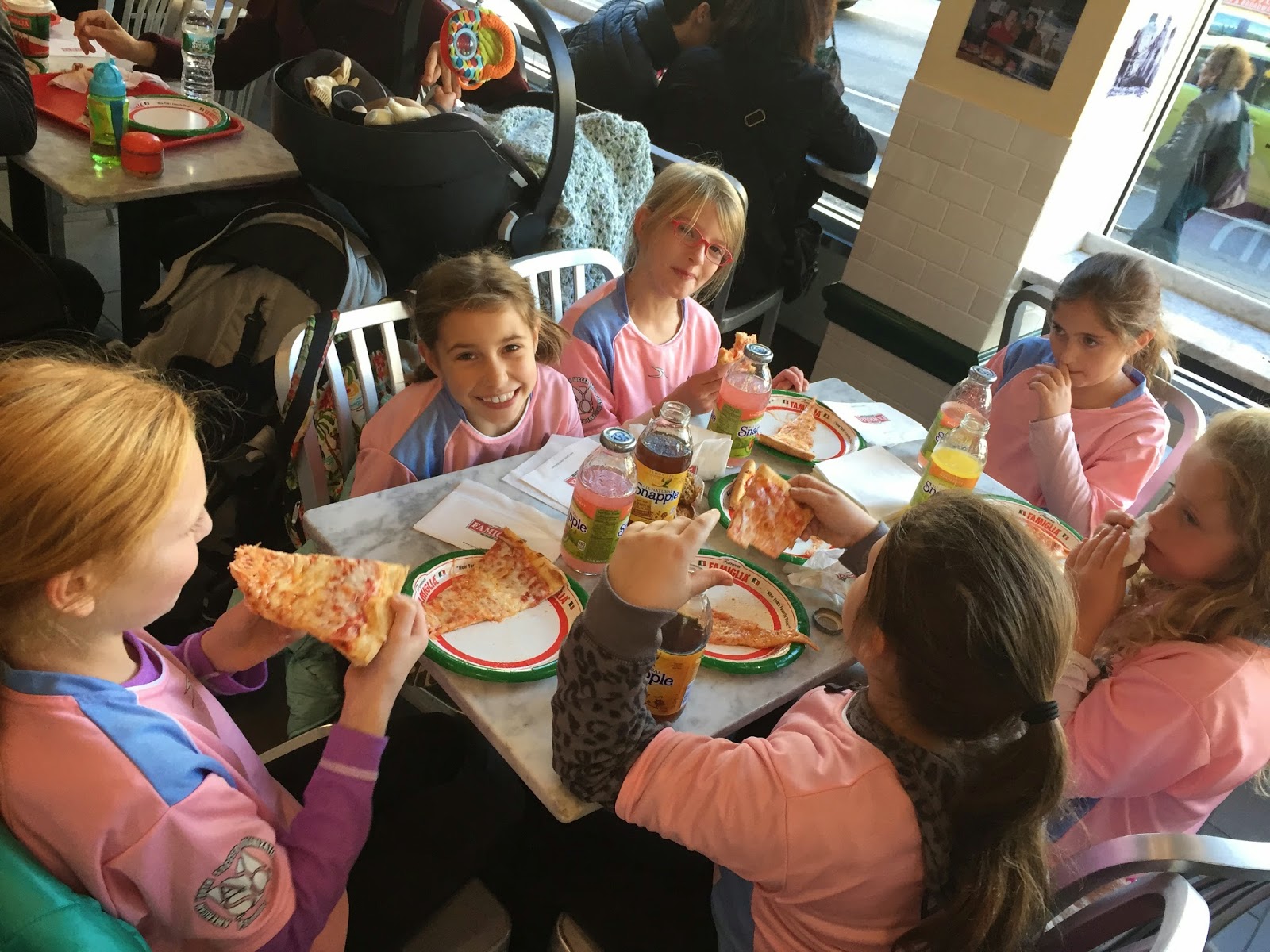 I'd love to tell you people that I ran the New York City Marathon on Sunday.  But you know me better than that.