I had a fun night out this week with girlfriends.  I finally got to check out a live taping of a great podcast, Selected Shorts, that can be heard on public radio.  If you're not familiar, it's an hour show with readings by famous people of either work they've written or others have written and it's taped just a few blocks away from us at a place called Symphony Space.  We got to hear Molly Ringwald, Zosia Mamet (from the show Girls), and even Maria from Sesame Street read vignettes from the book Women in Clothes.  It's filled with stories of women discussing their relationship with clothes.  It was a lot better than it sounds.

But the real highlight of the week was finally taking a tour of the United Nations, something we've wanted to do since we got here. 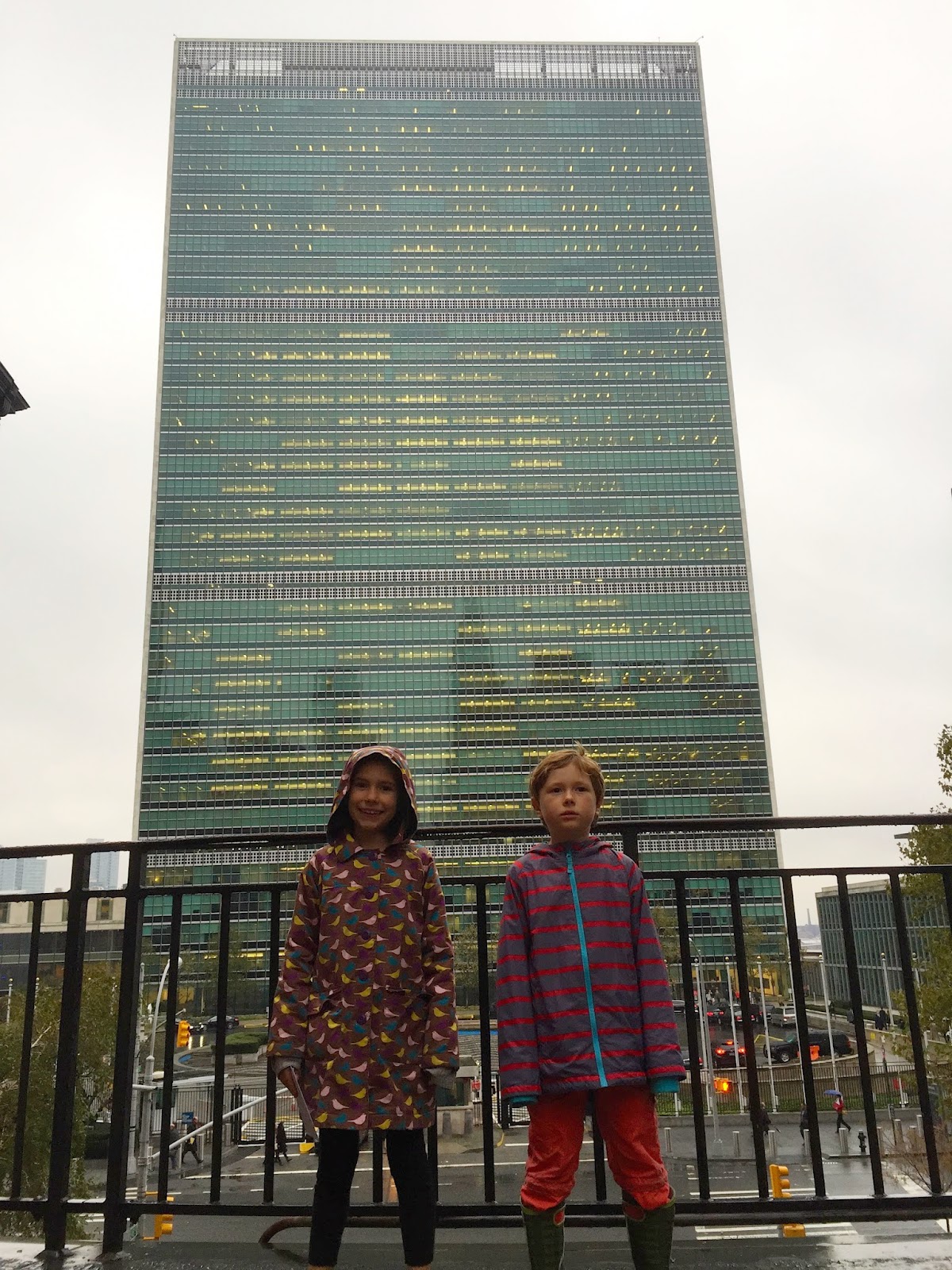 Kevin's office is only a few blocks away so he was able to sneak out early and join us.  We bought tickets specifically for a children's tour that they offer a couple times a month. 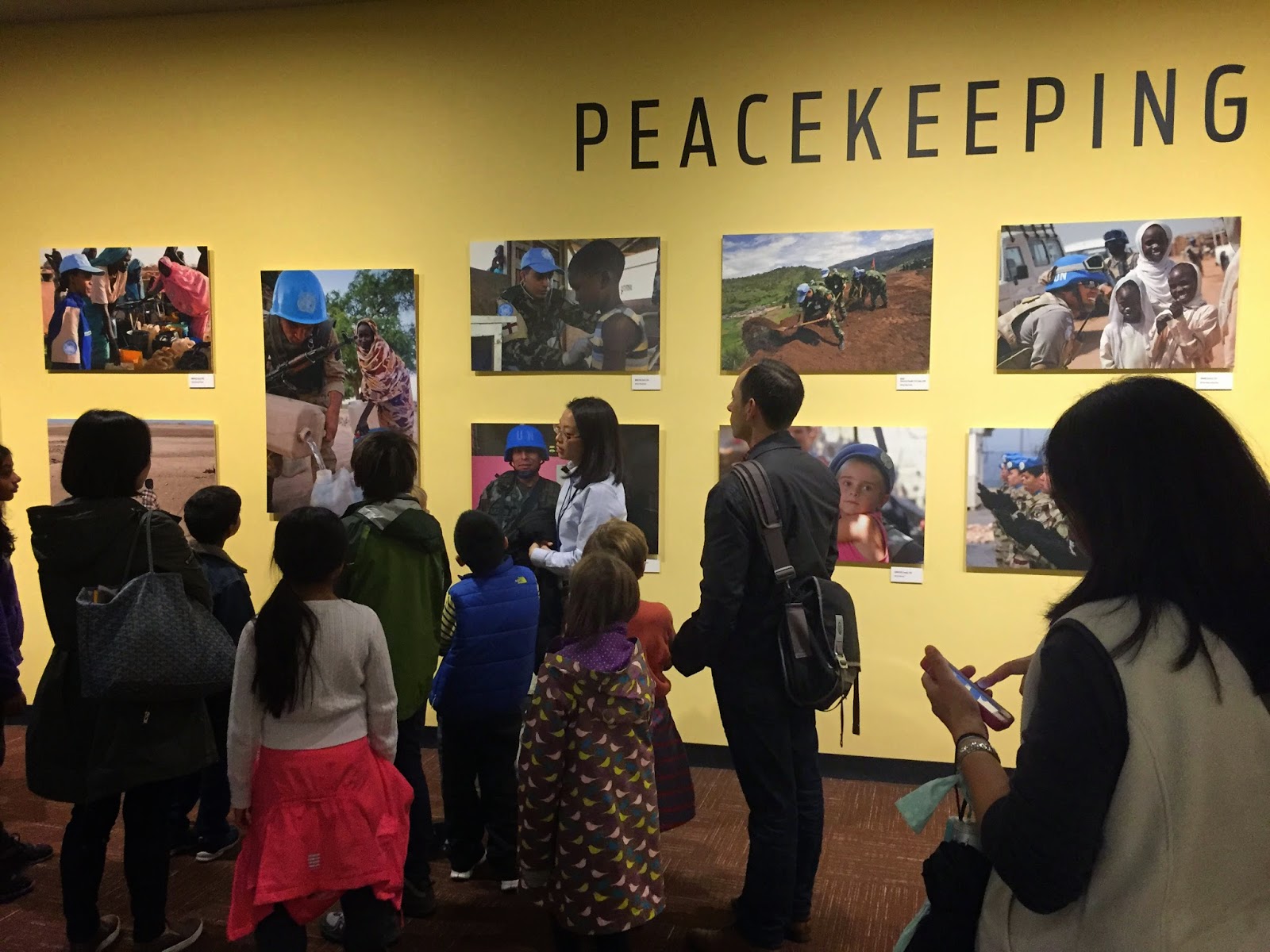 The tour lasted about 45 minutes and we were able to wander around a couple floors (apparently we were 35 floors away from the Secretary-General Ban Ki-Moon, who was working upstairs).  The kids and I had previously watched a Brain Pop video about the United Nations so that they would have some idea of why we were touring it and why it's important.  I don't think they totally got it, but they certainly had fun visiting what what clearly a very important building (lots of security, as you can imagine). 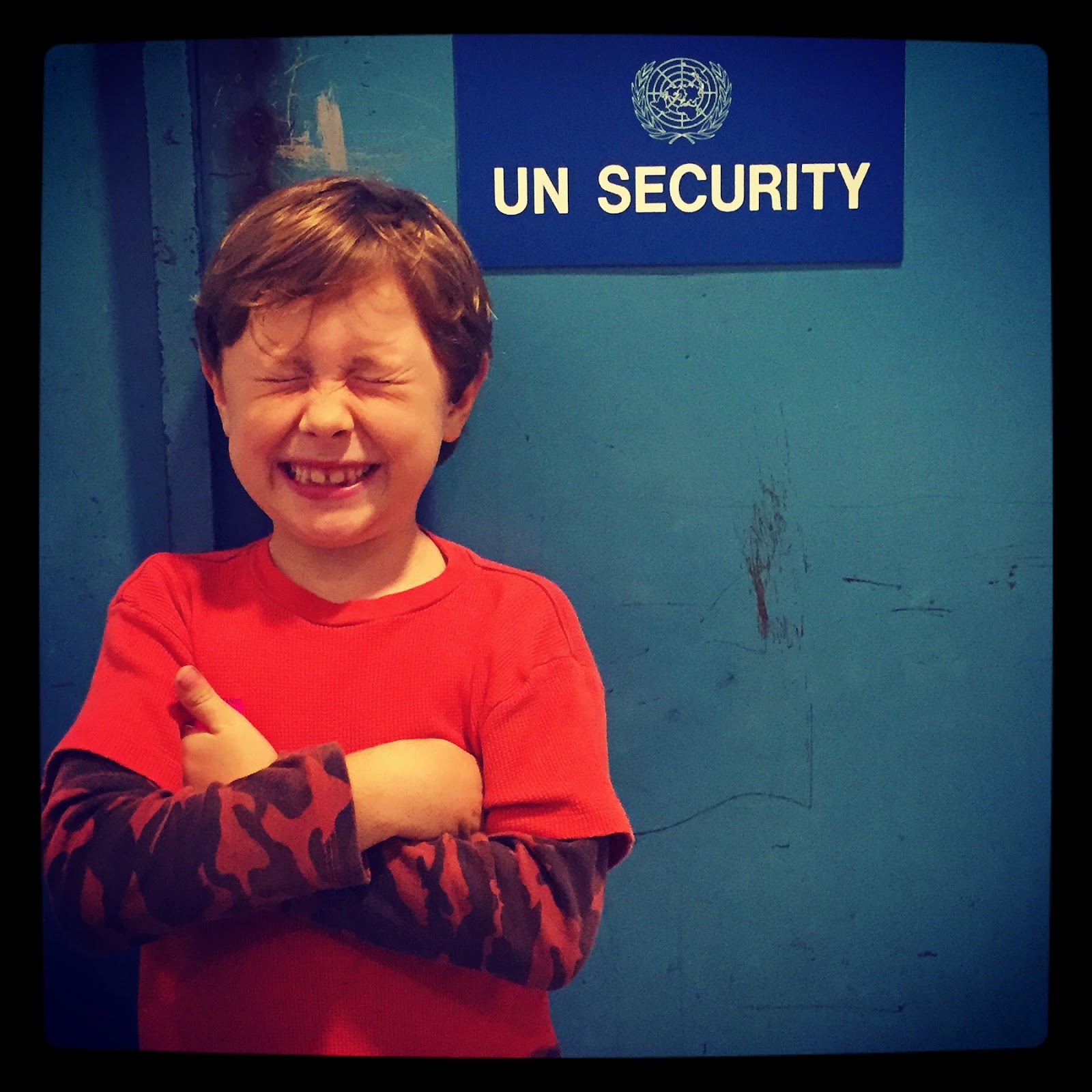 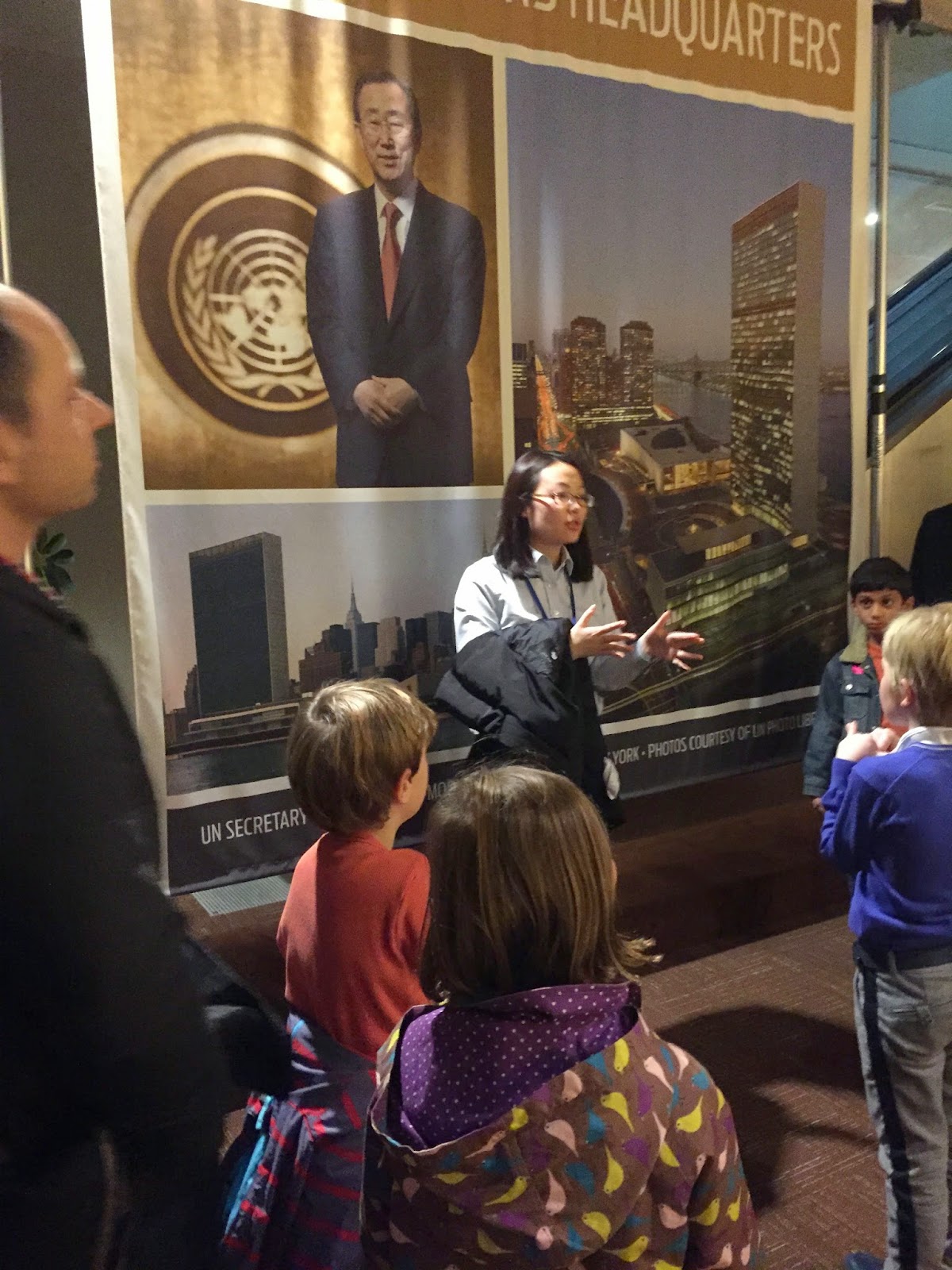 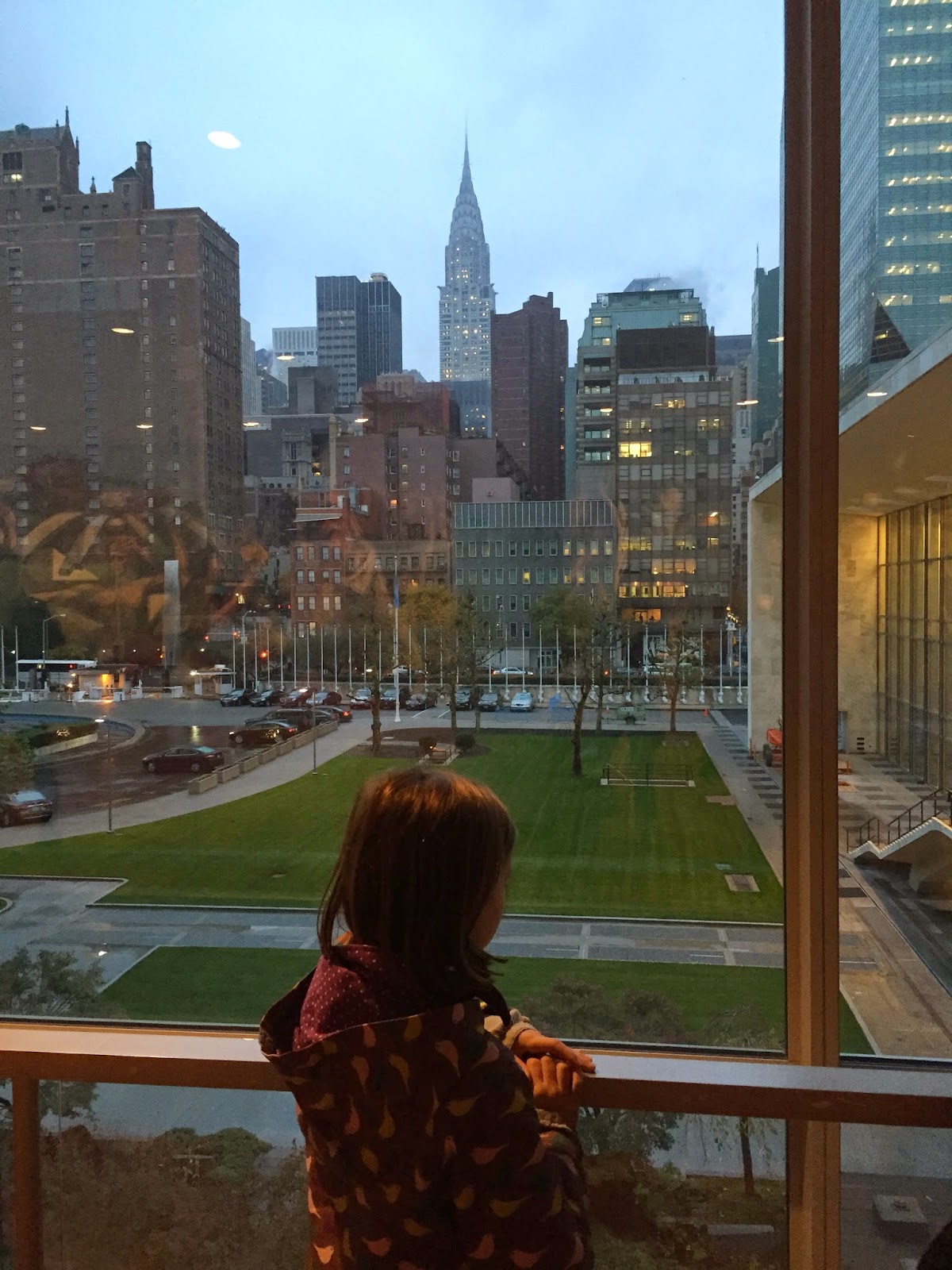 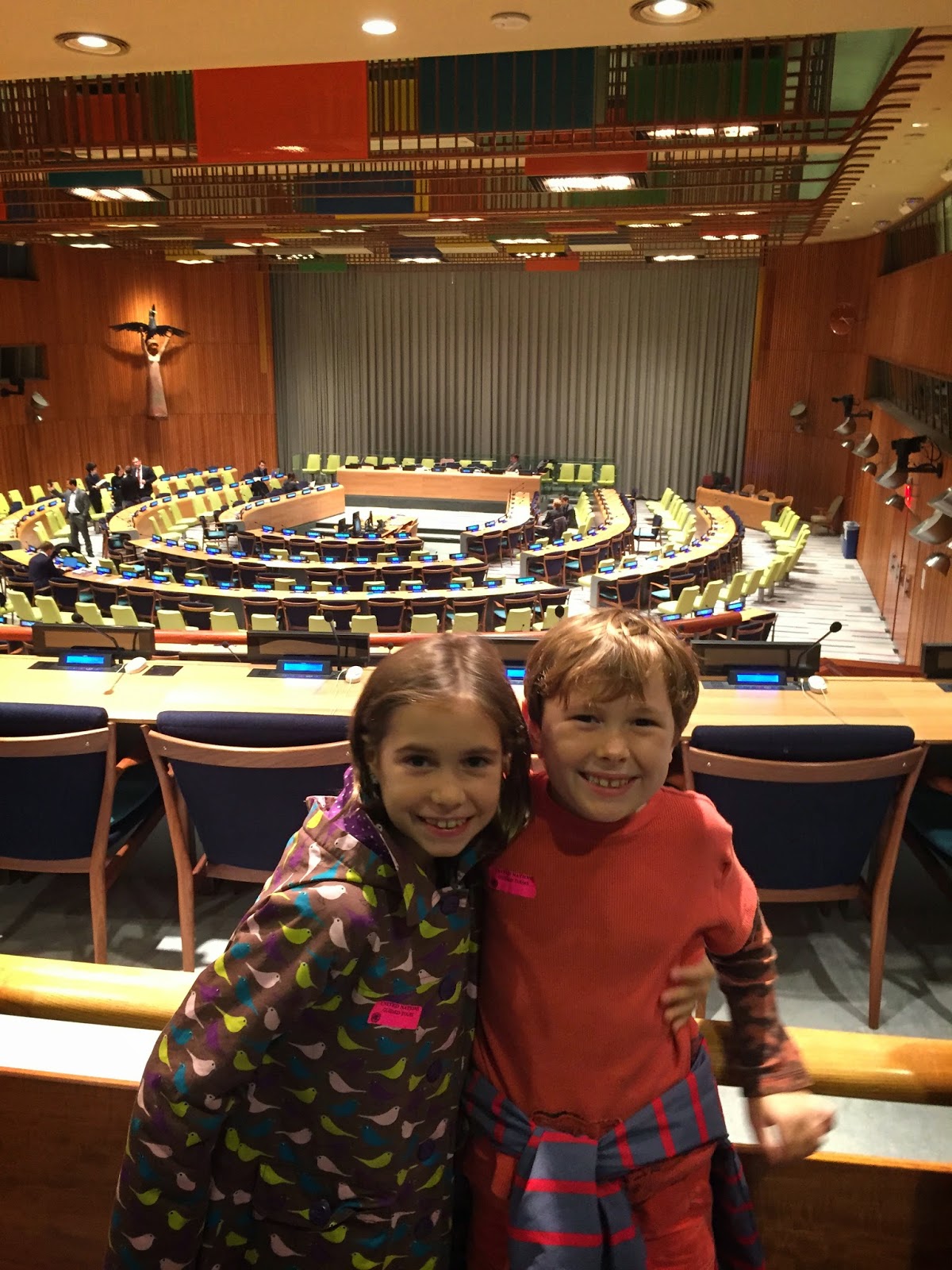 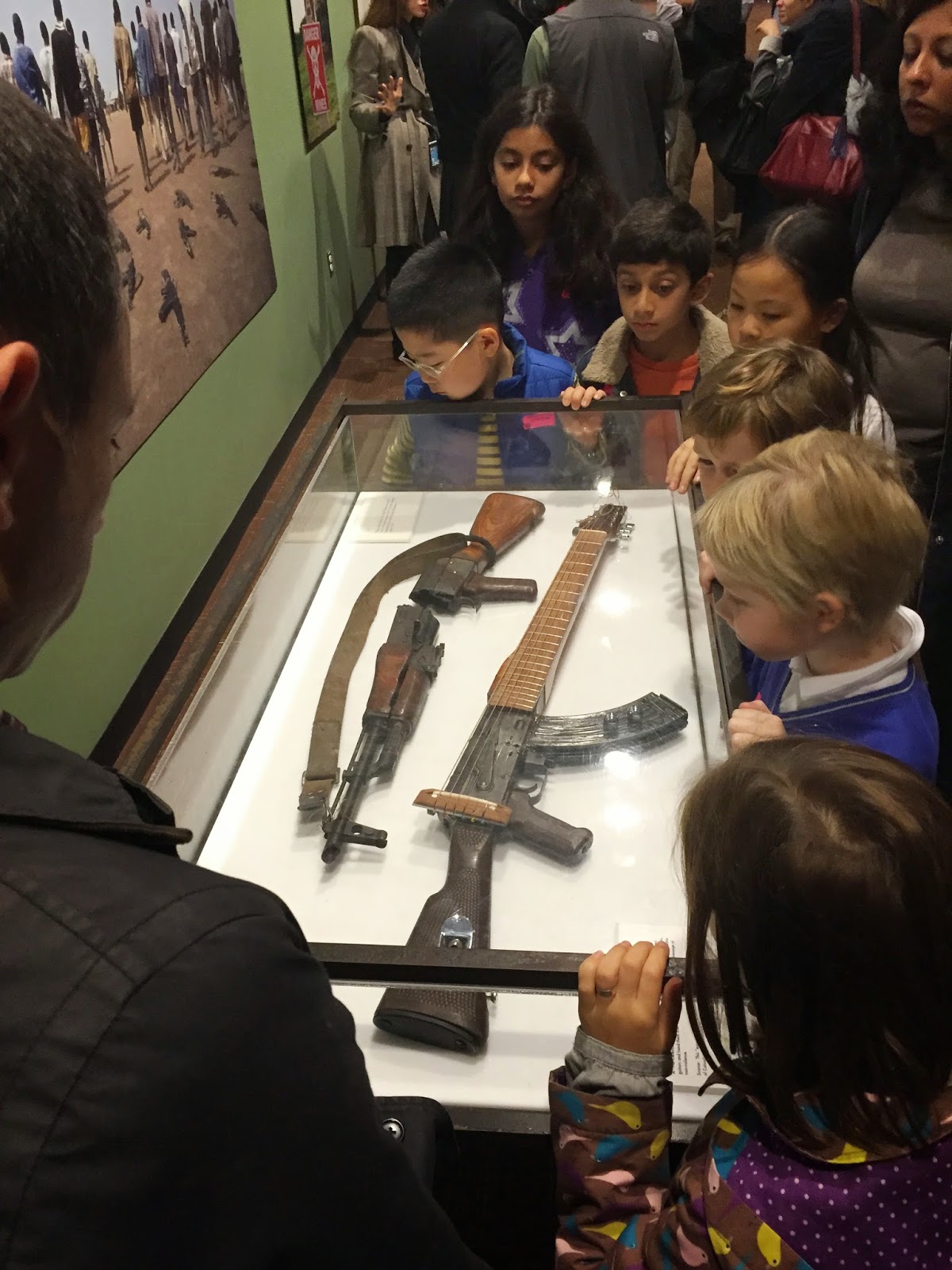 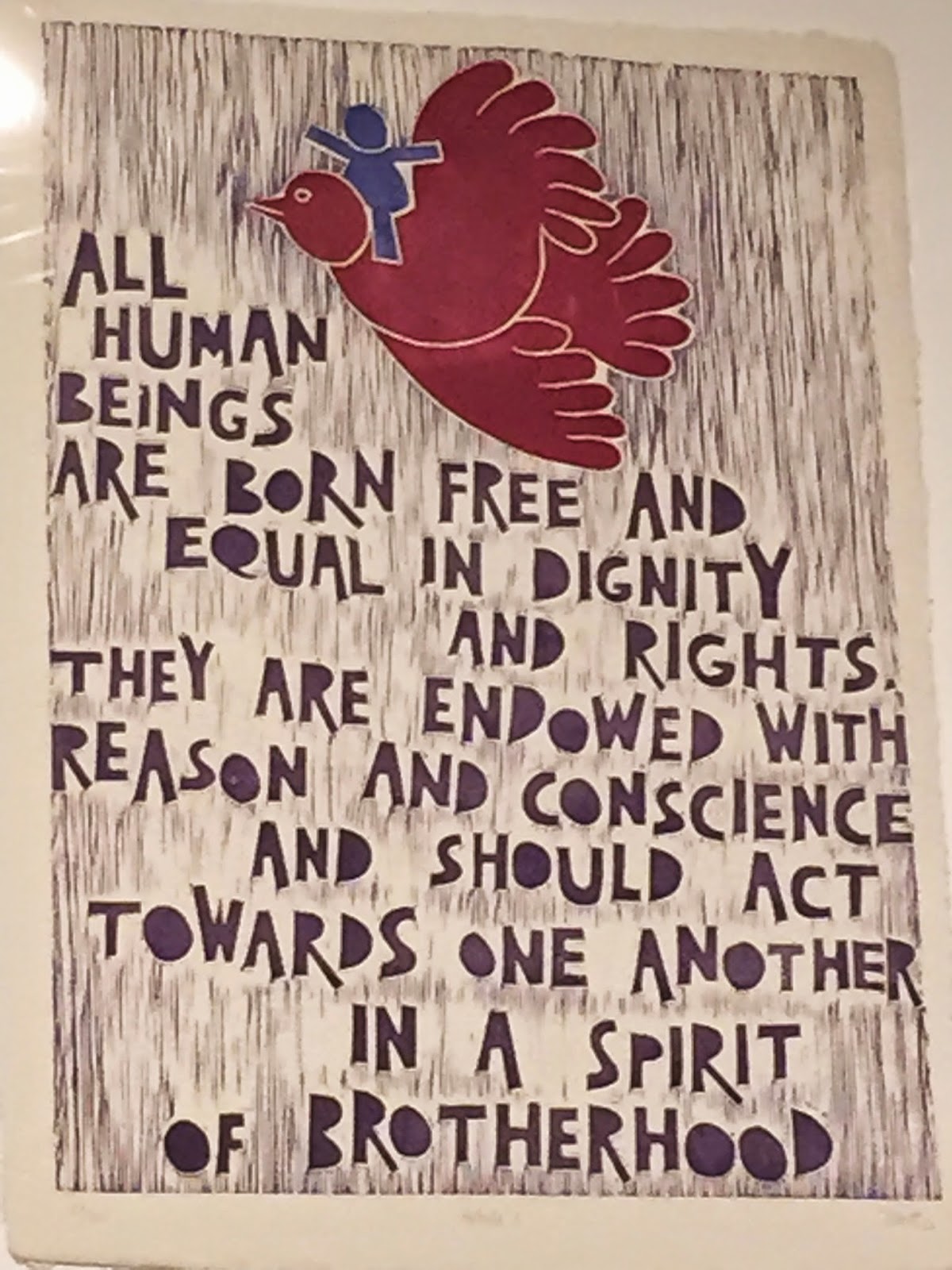 I'll try to get them to write a post on their blog about the tour.  I'm curious what they took away from it. 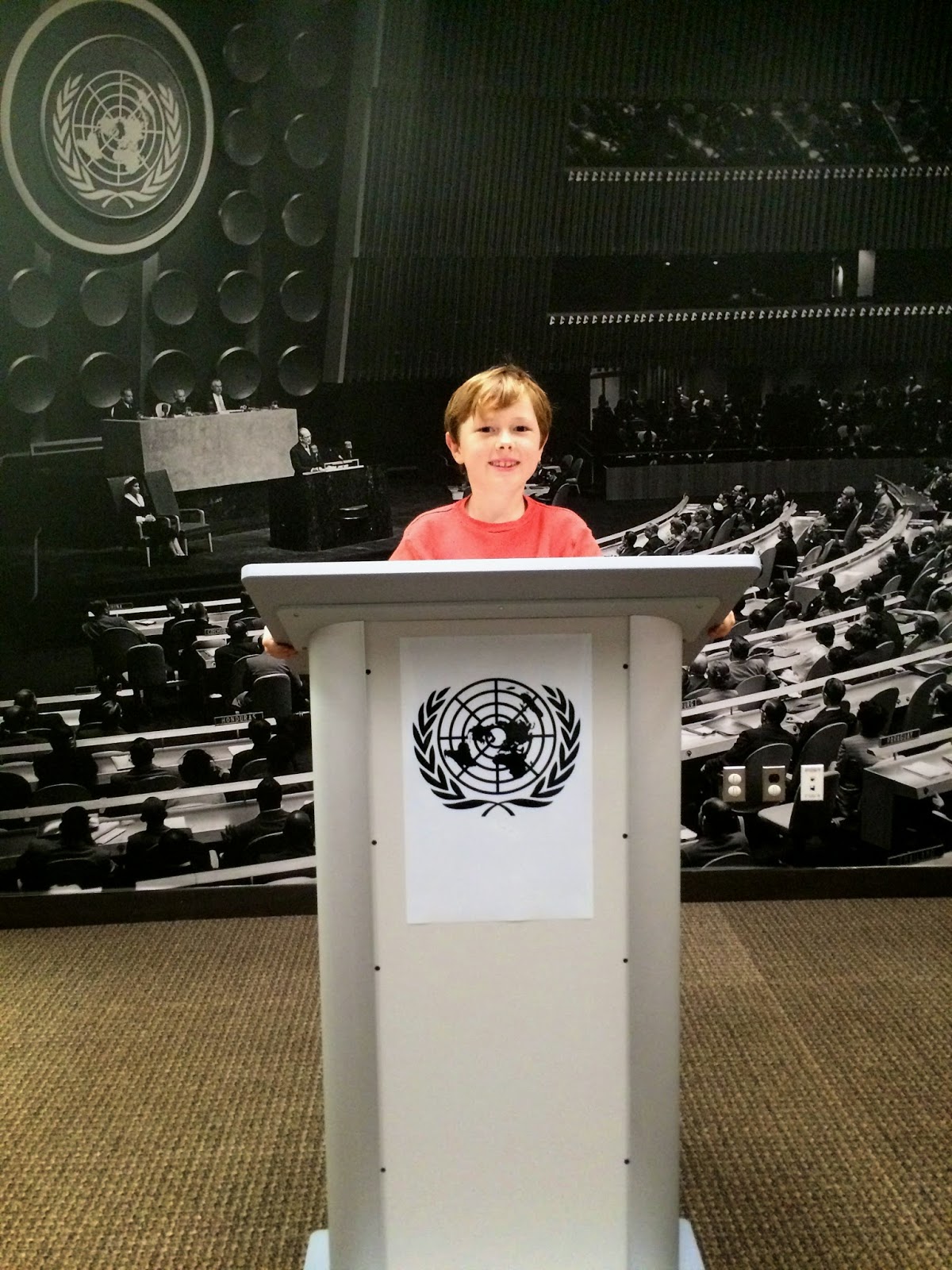 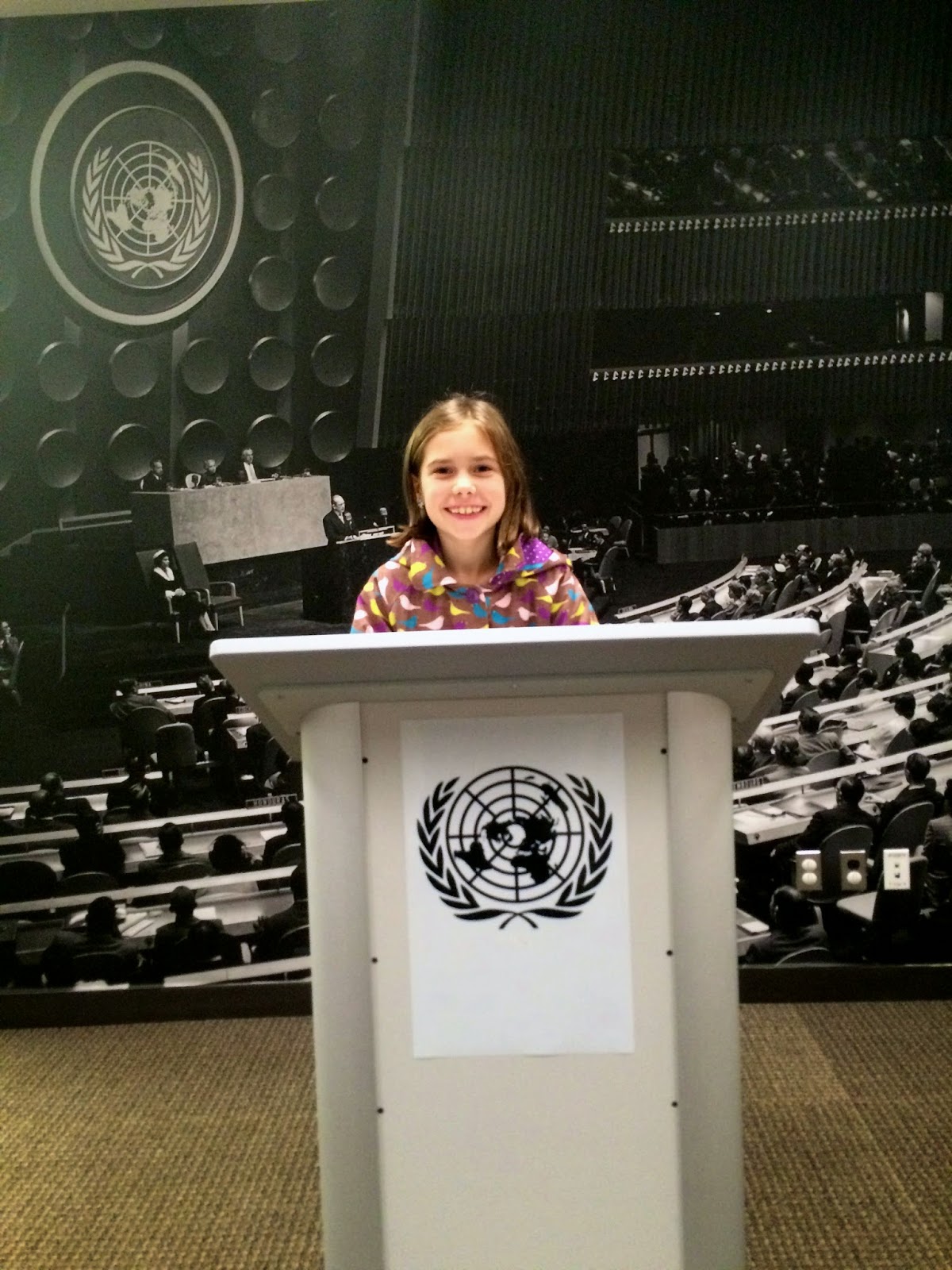 The rest of our week was filled with fall fun in the park with friends, science experiments and poetry writing and memorization.  Ella finished her first book in her creative writing class.  I'll try to figure out the best way/place to post it soon. 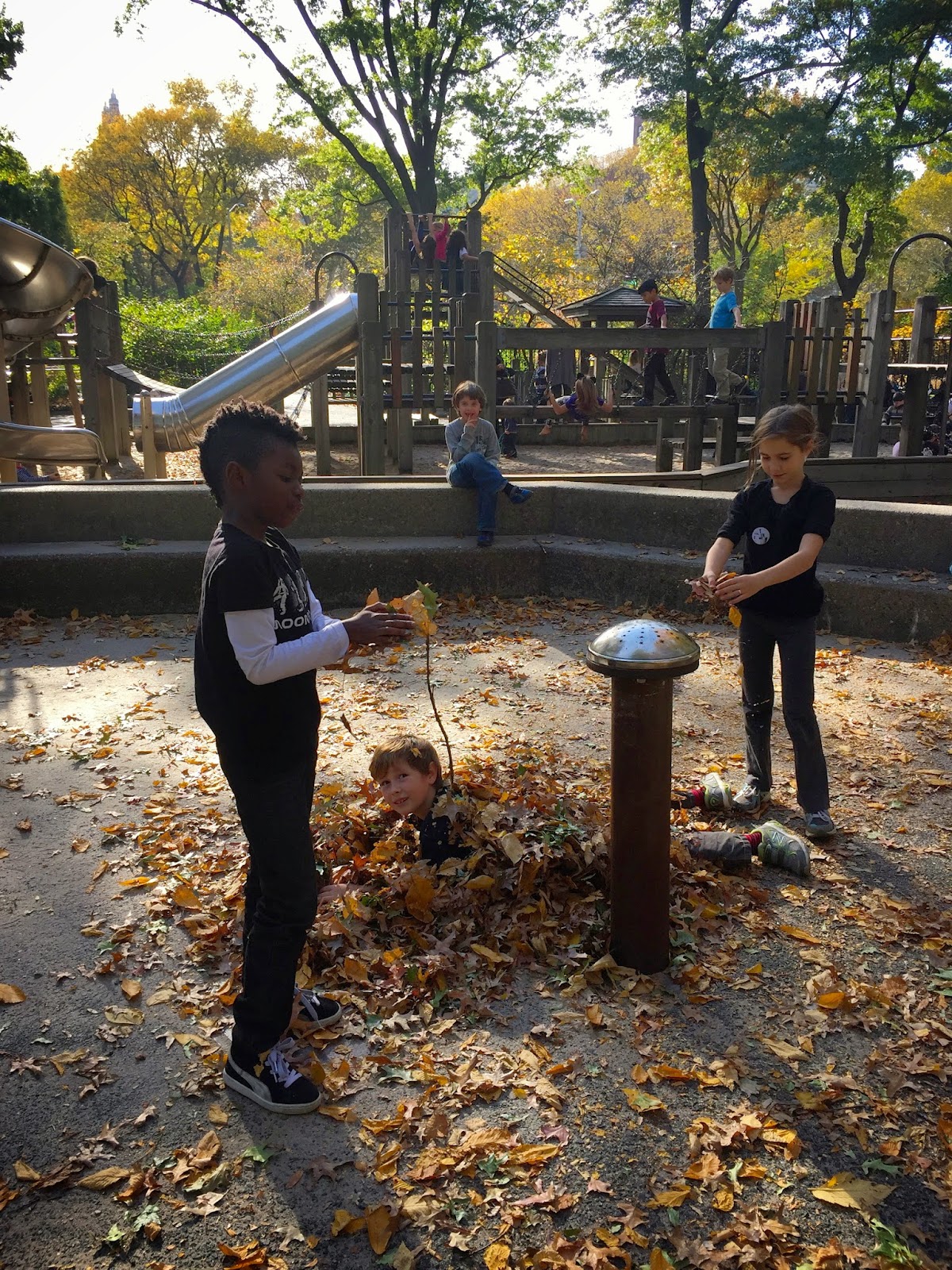 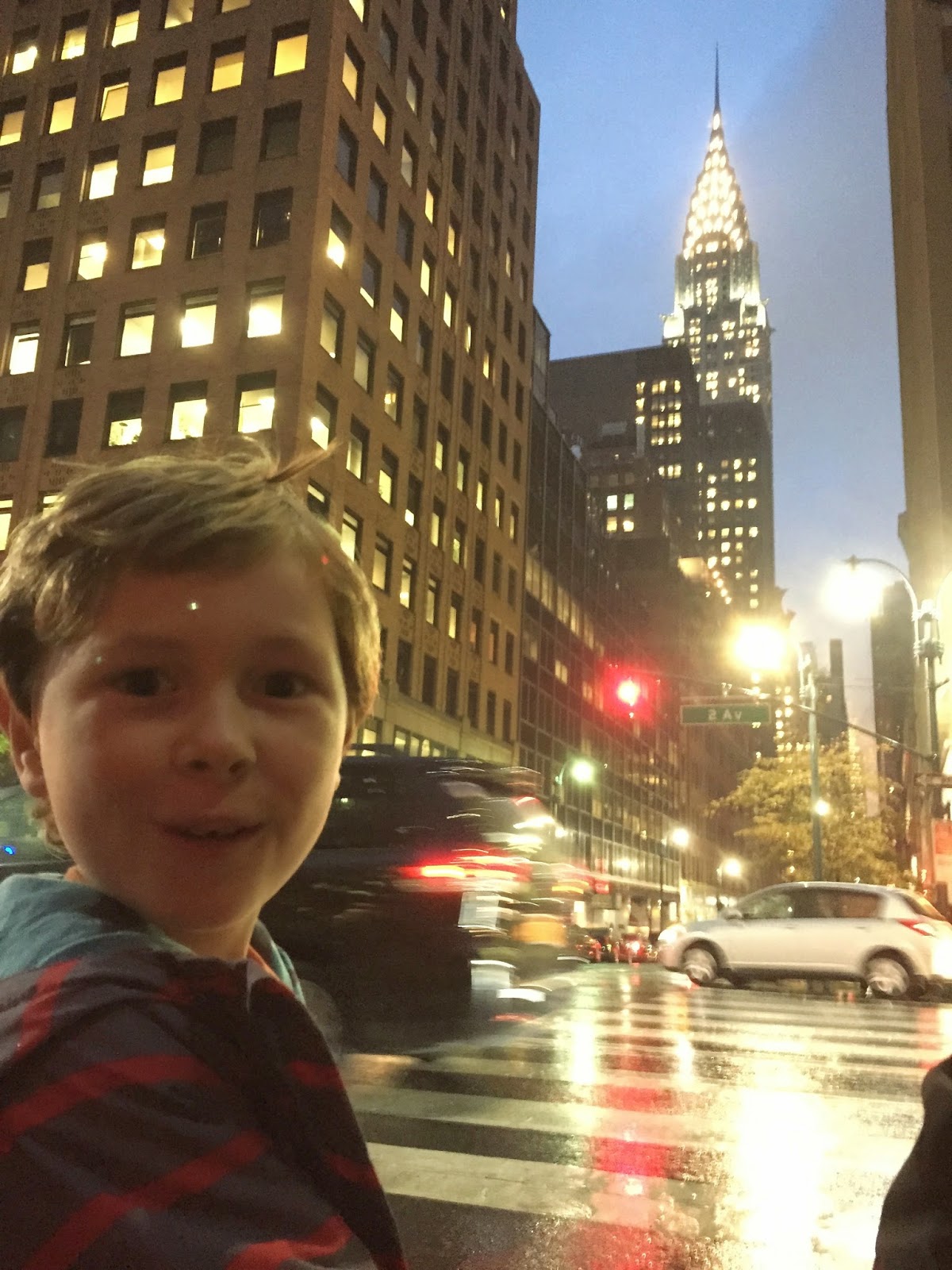 Kevin and I have a date to meet tonight at the bar in the Met overlooking the Great Hall while the kids enjoy their World Mythology class.

Have a warm and fun weekend, people!