The whole weekend was our oyster, now that sports are over for the season.

We had to be far uptown on Saturday afternoon for Maeve's birthday party so we decided to spend the first half of the day up in the Bronx at the New York Botanical Gardens.  They're having their annual Holiday Train Show which we missed last year.  We also took one of their tram rides around the park for the first time which helped us get a better feel for the size and scope. 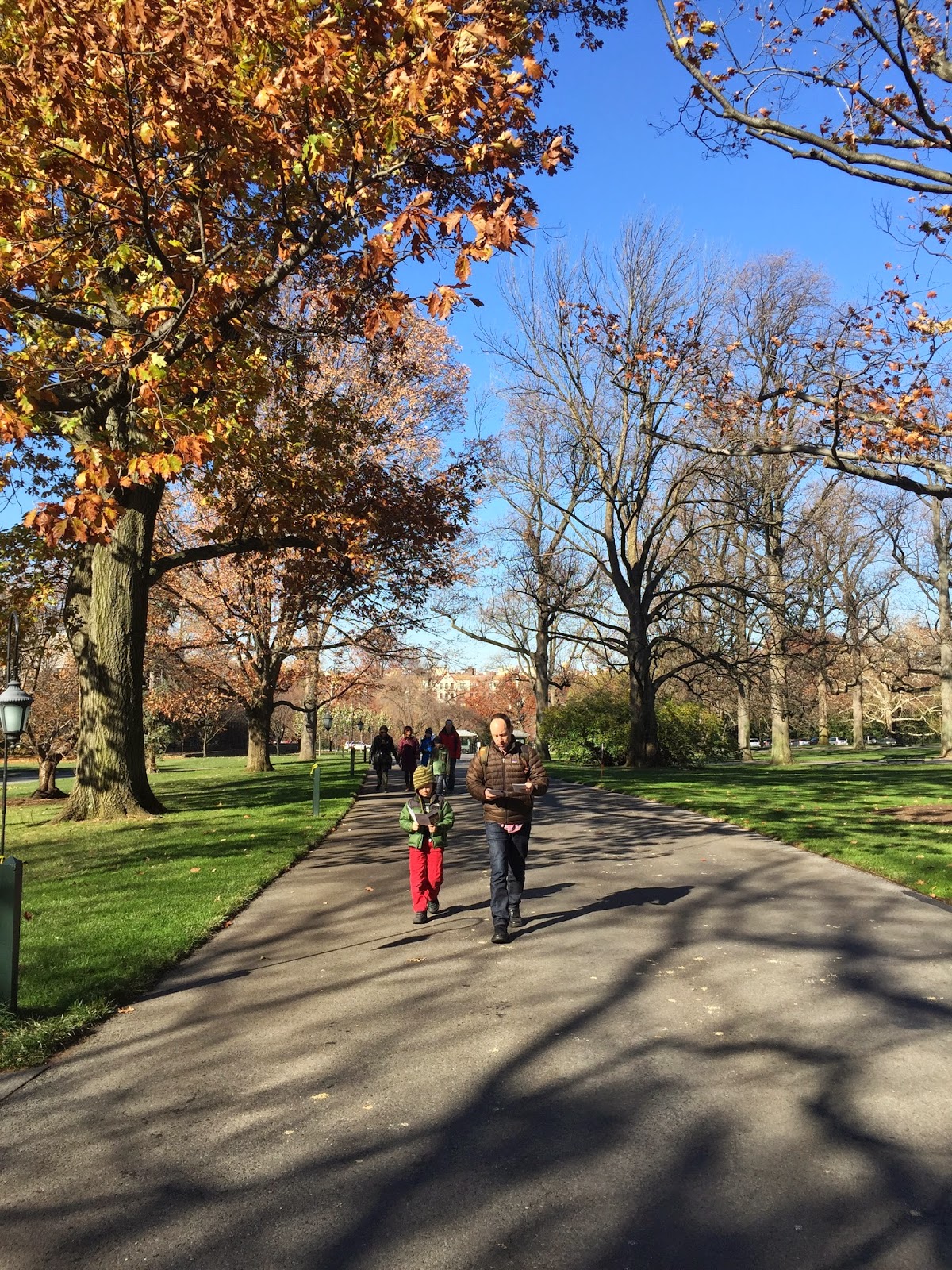 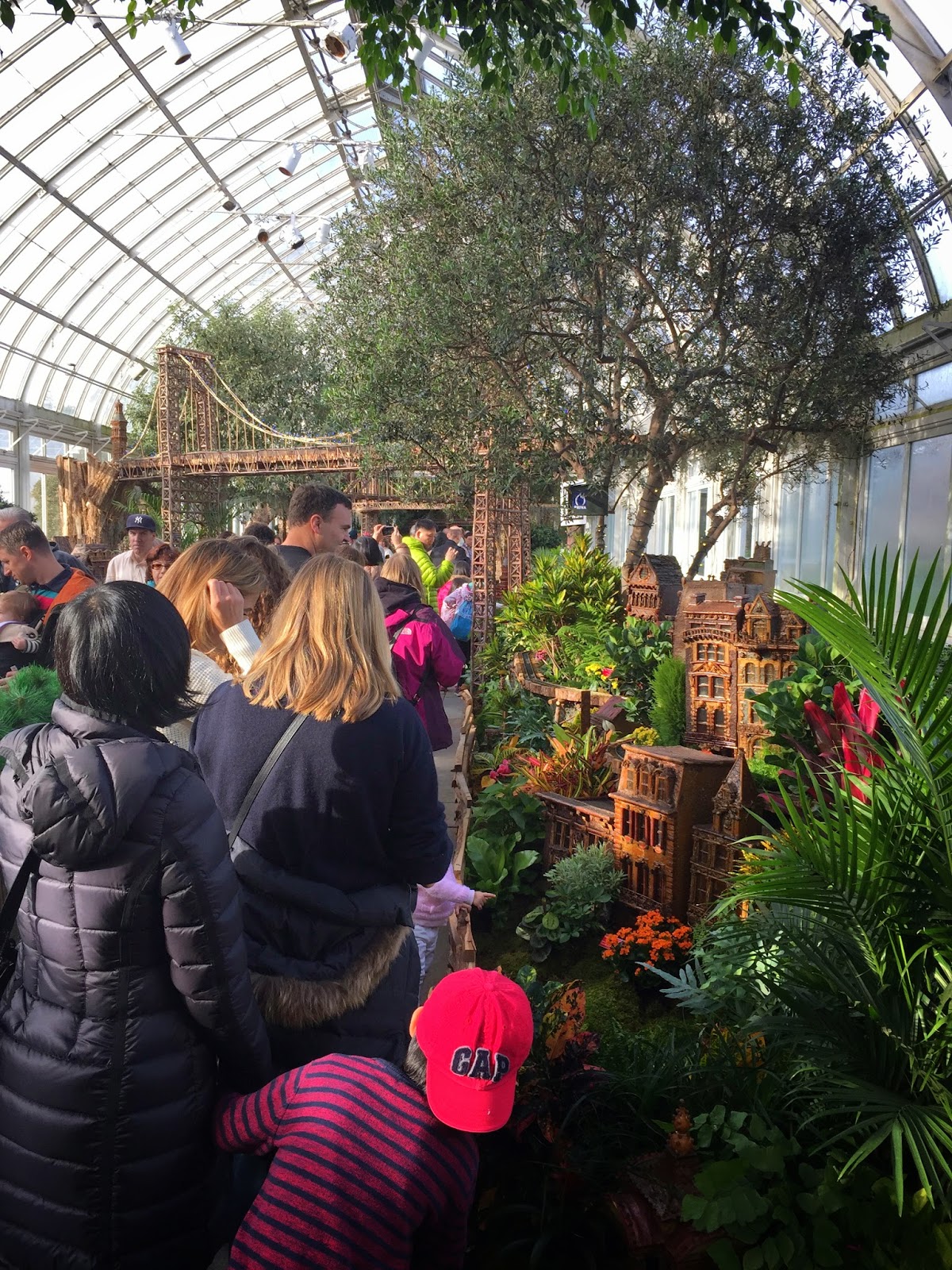 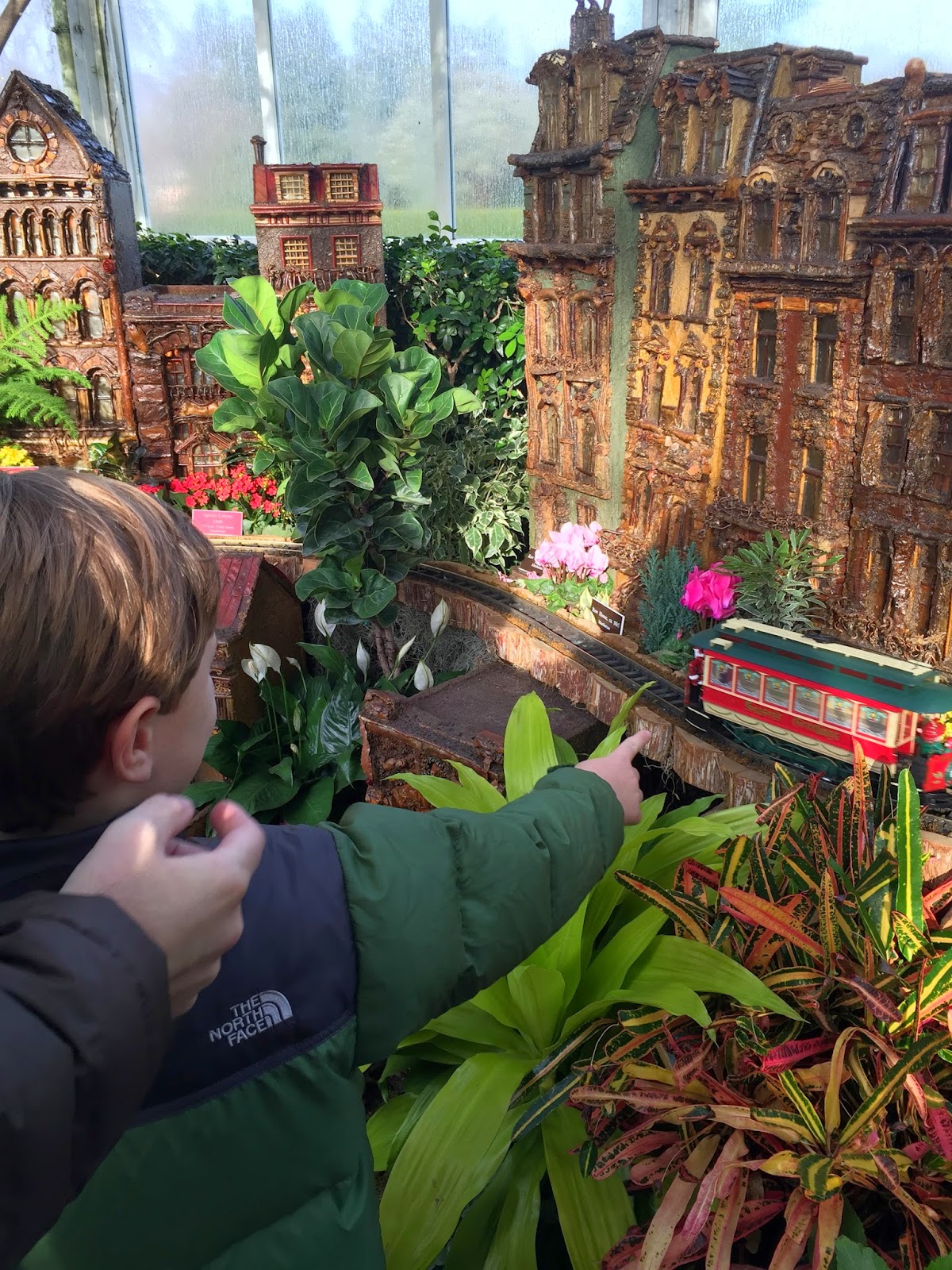 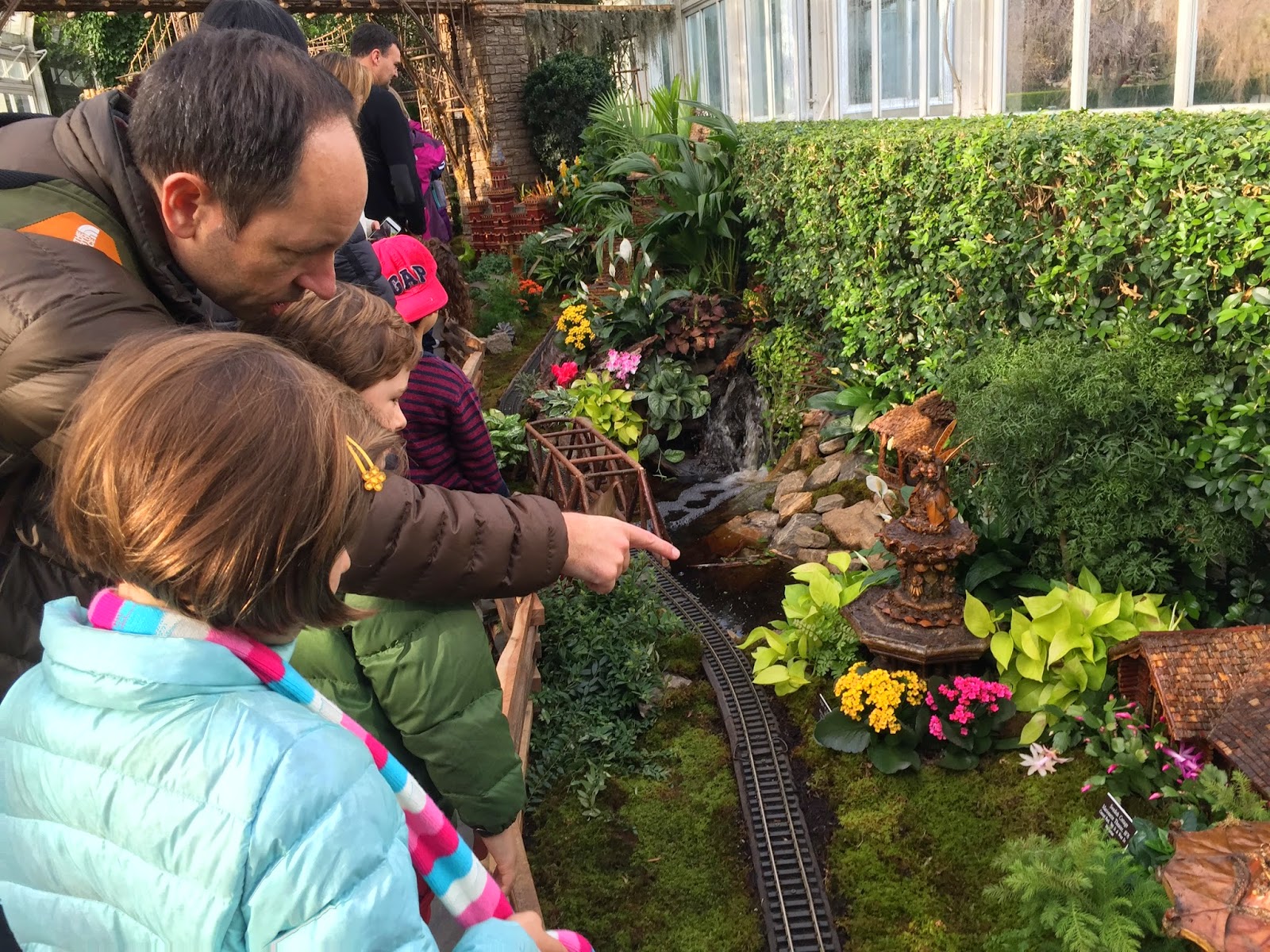 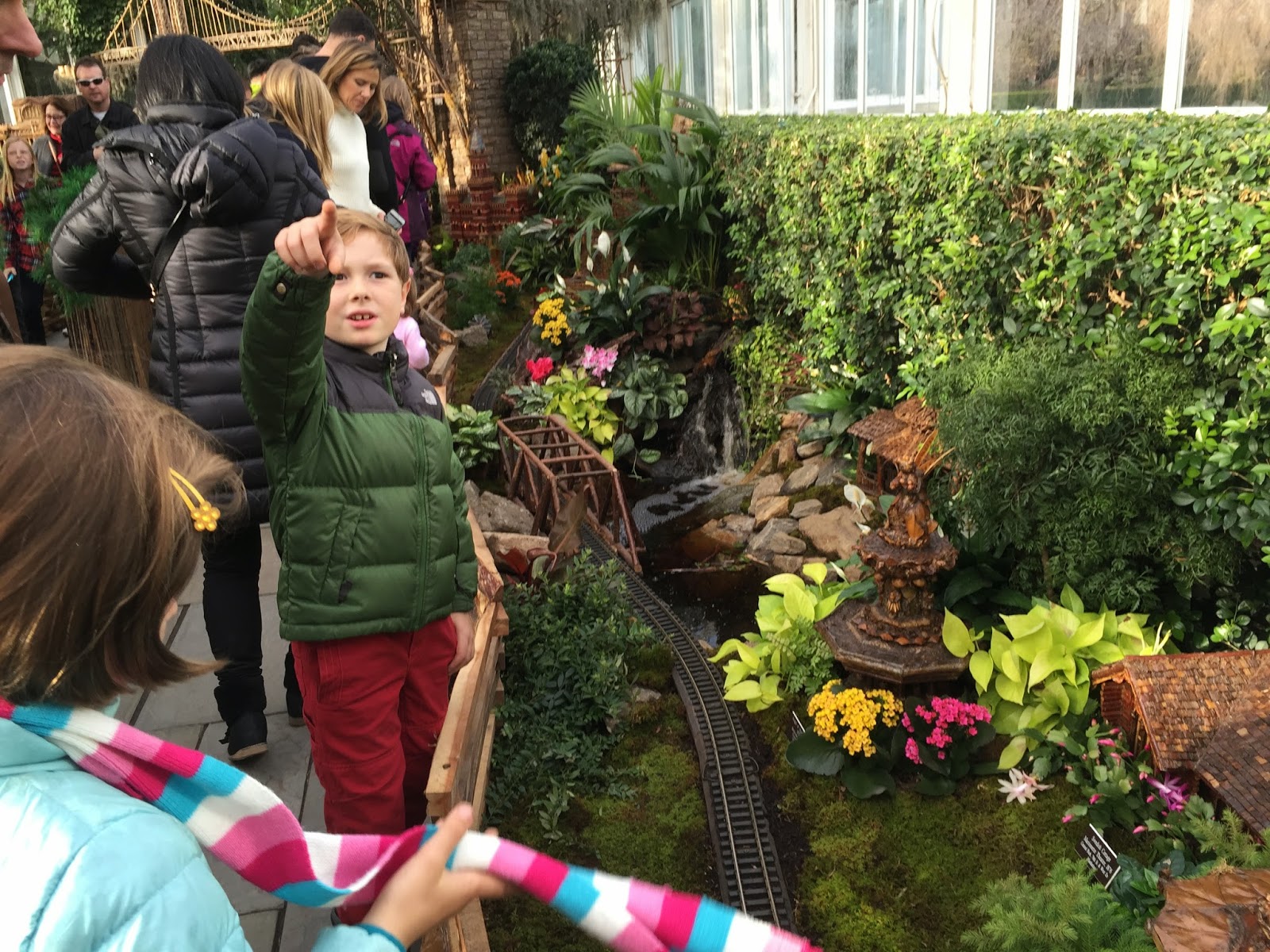 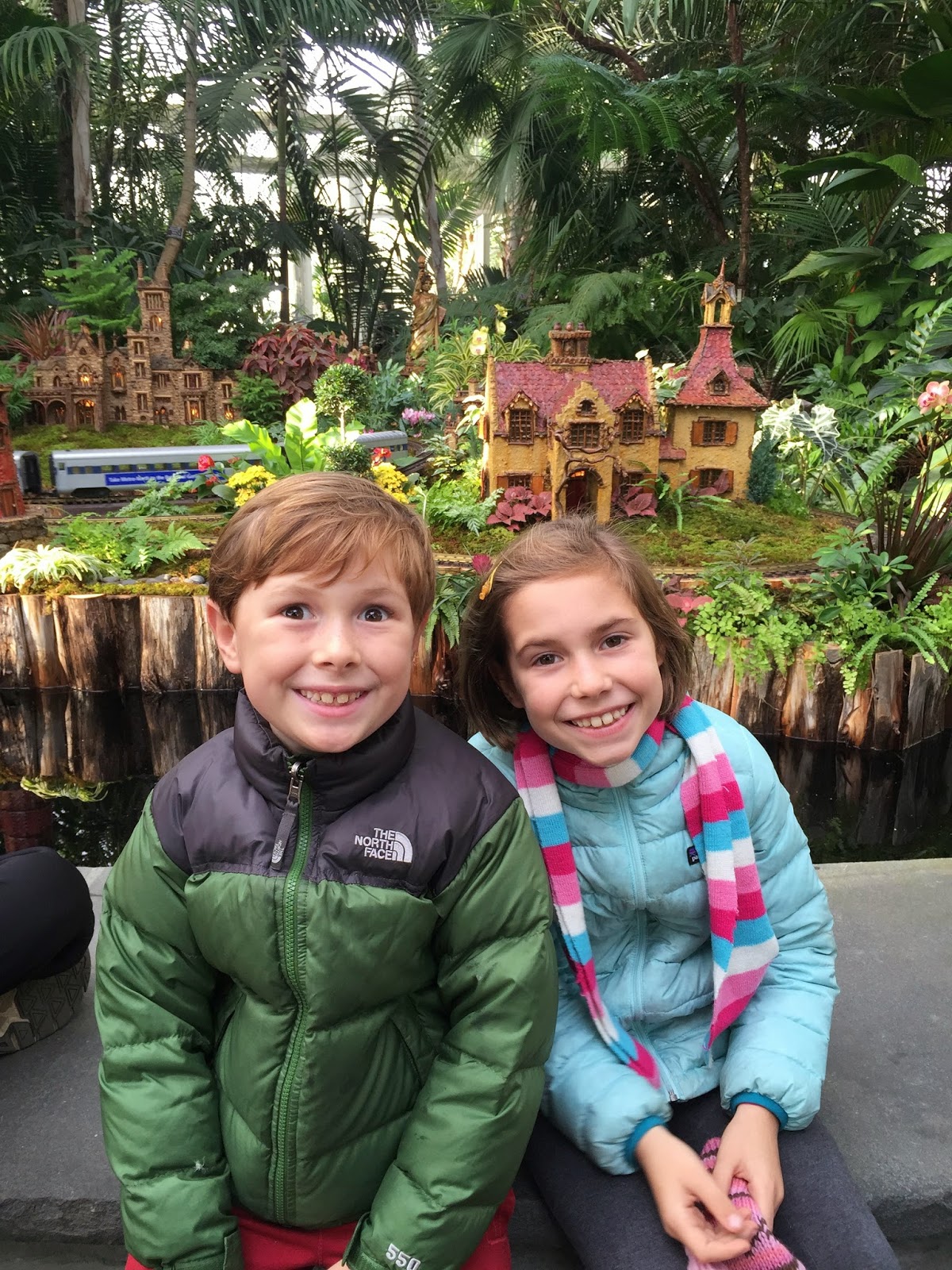 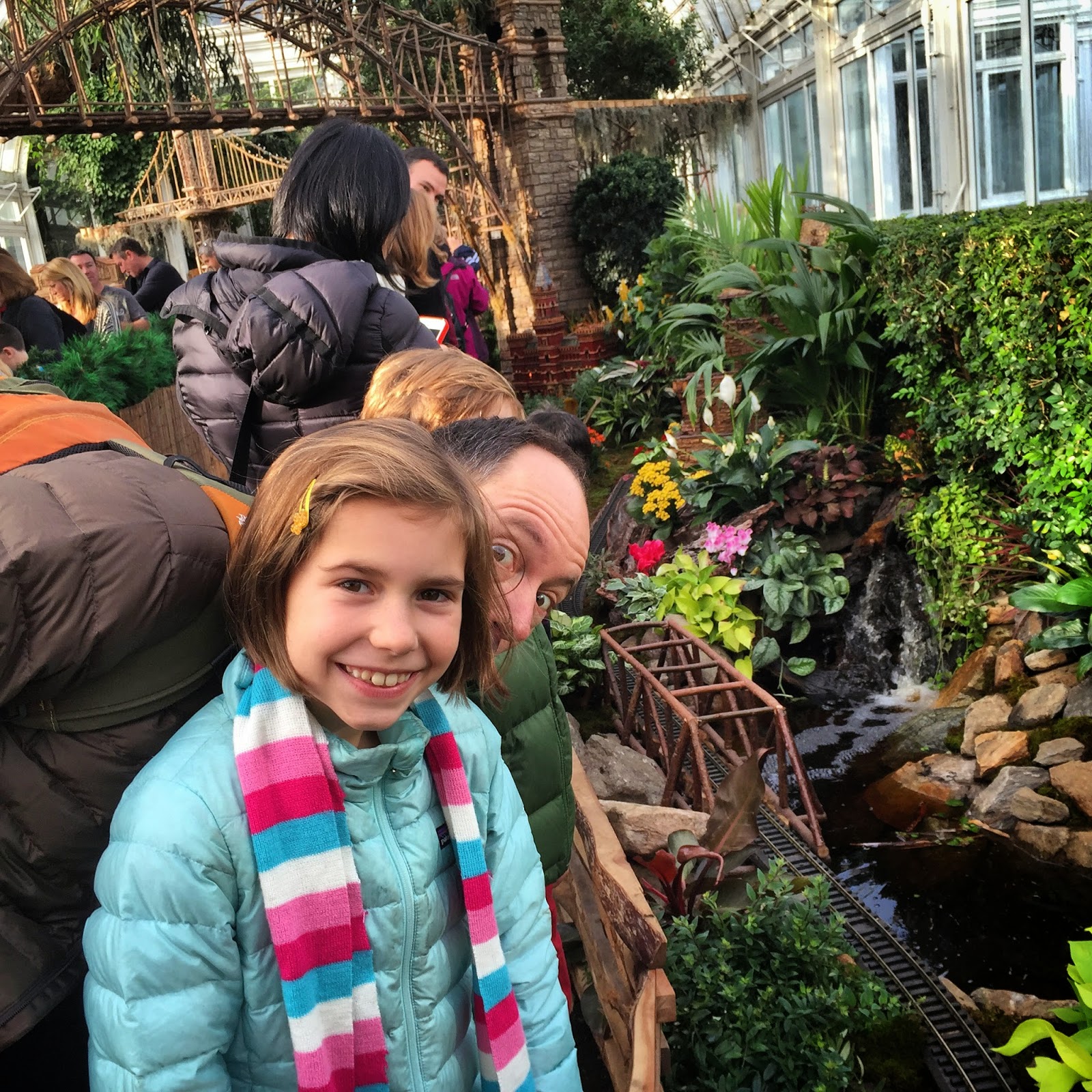 It was pretty spectacular.  All the major New York City landmarks made out of only sticks and nuts and leaves and various things found in nature.  Even the train cars were all natural.

Maeve's birthday party was a "Pajamas and Pancakes" party even though it wasn't a slumber party.  And since our entire family is friends with their entire family we all stayed for the party and had a delicious dinner of blueberry pancakes. 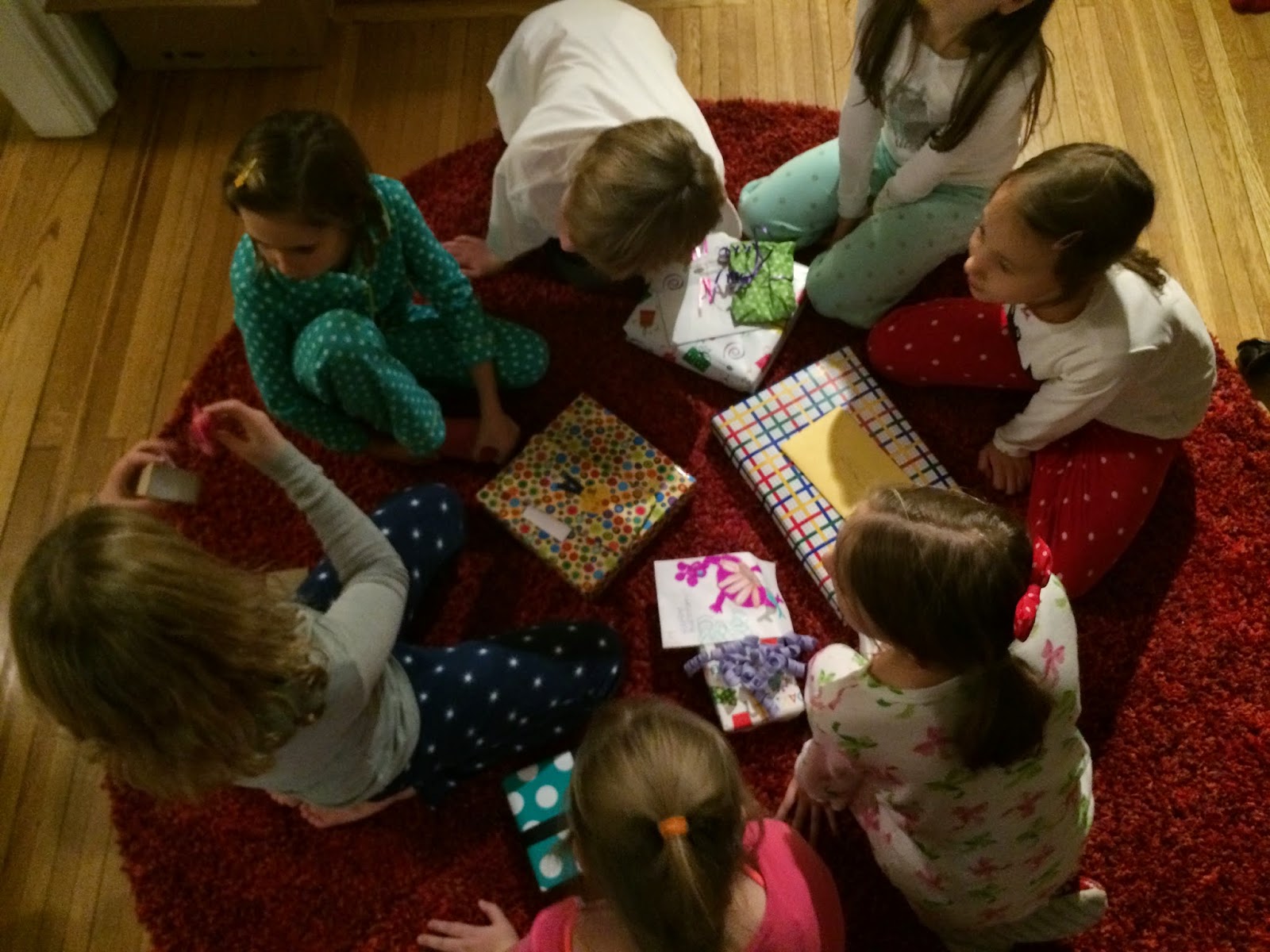 Again, waking up on Sunday and knowing the day was ours to do with what we pleased was so refreshing.  Kevin and the kids caught a matinee (Big Hero 6) while I got some much needed time alone.  I read six whole chapters of my book and drank a huge latte in my favorite coffee shop.

In the afternoon the kids got to return to one of their very favorite places, Science Teacher Sarah's.  They spent an exciting two and a half hours making messy science experiments, learning about scurvy and pirates and other random facts and stuffing their faces with pizza and popcorn.

Meanwhile, Kevin and I wandered through the buildings of NYU and made our way to SoHo where we met our friends Alina and Tom.  We checked out a very strange art exhibit that Kevin read about.  You ring the unmarked doorbell, walk up a flight of stairs and go into a loft apartment that is filled about three feet deep with dirt.  The entire apartment.  And it's been that way since 1977.  It belongs to the Dia Art Foundation and the artist is Walter De Maria. 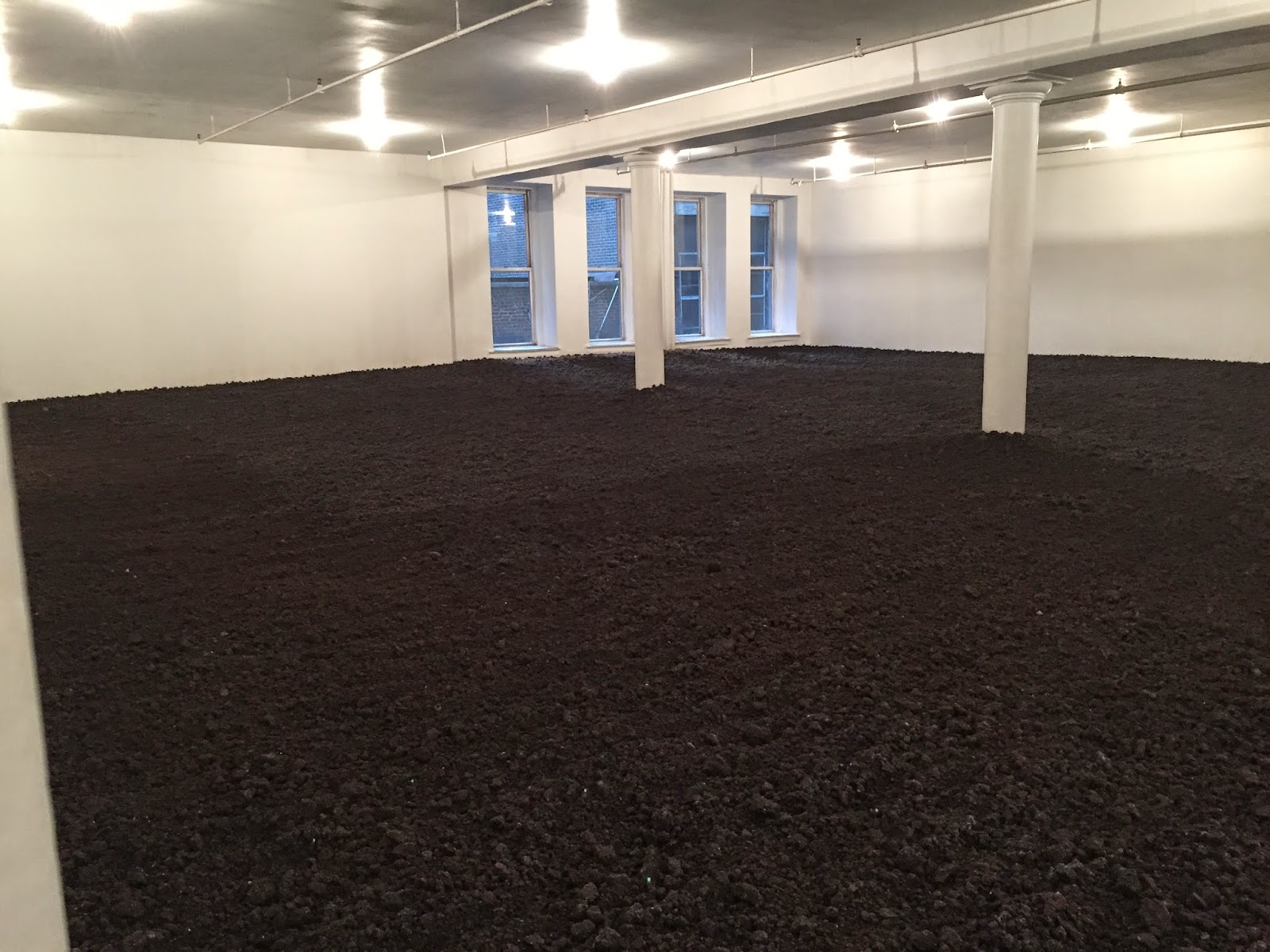 As we were laughing with a few other people who were there checking it out, saying things like "Wow, what a waste of an awesome apartment in SoHo!" and "Who waters this place?" and "Is this structurally sound?", a woman suggested that maybe our reactions and conversation was really the art piece.  So New York.

We checked out one more art installation by the same artist around the corner and then enjoyed the last of our weekend drinking beer with our friends, laughing about the absurdity of New York City real estate, all while our kids were learning science on a Sunday night in a run down West Village apartment with neon green walls.

I can't make this stuff up.
Posted by Gretchen at 6:28 PM