I've been on the verge of major illness all week and I blame the Giants.

Between the playoffs and the World Series, and all being played on Pacific Standard Time, I have been missing my bedtime for weeks.  I'm not a night owl and staying up until midnight, night after night has left me feeling awful.  Hey Giants, could you please just finish off the World Series tomorrow night so that I don't completely self-destruct?

In addition to watching a lot of baseball this weekend, we did a lot of other really cool stuff too.

When I dropped the kids off at the Met for their World Mythology class on Friday night we first made a detour upstairs.  Part of their homeschool curriculum includes weekly Art History classes which I spend about 60 seconds on.  They have the kids look at a tiny postcard of a painting and discuss it.  Since I'm pretty sure my kids get more than the average art education for a 2nd and 4th grader I usually use that time to catch up on other things.  But this week I noticed that the postcard Holden was supposed to study is of a painting that is actually hanging at the Met - The Sackville Children by John Hoppner.  Just a little different perspective to see it in person. 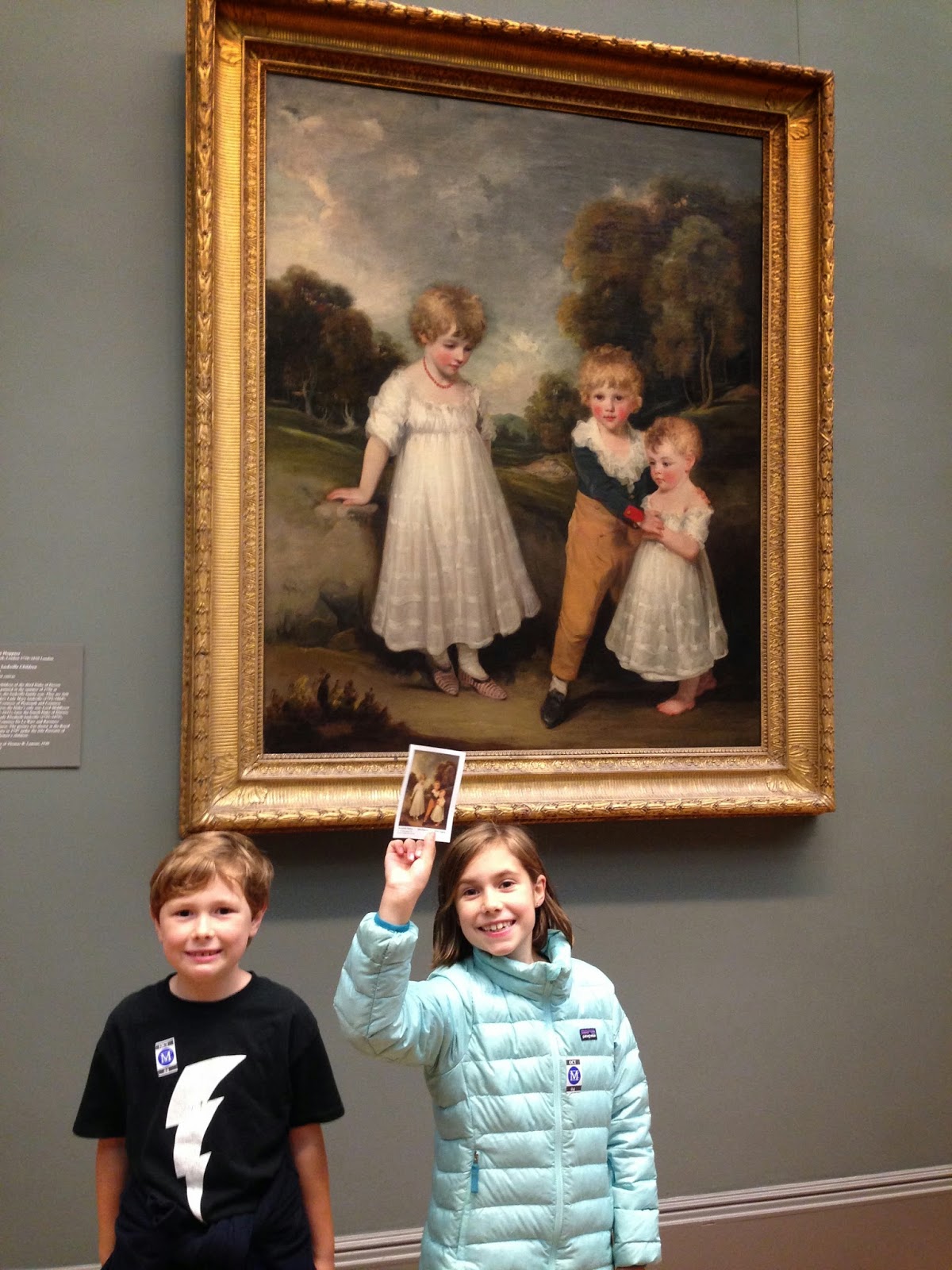 We had a much needed adults night out with our friends Sharon and Stefan on Friday night.  We have 5 (soon-to-be 6) kids between us so when we're together normally, not many conversations are actually finished.  We had a great time catching up with them over Mexican food and margaritas.  Since a babysitter had picked up the kids at the museum and brought them home, Kevin and I found a sports bar after leaving our friends and watched the Giants lose.

Saturday morning, my hangover and I were cheered up with a walk along the High Line with my closest college friend whom I have only seen a handful of times over the last 25 years.  Aimee lives in Texas and was here for the weekend livin' it up in the Big Apple with some girlfriends.  Not only was it great to catch up with her (it always feels like we just spoke yesterday), it was also nice to get to see the newest addition to the High Line which just opened a few weeks ago.  It just keeps getting better and better. 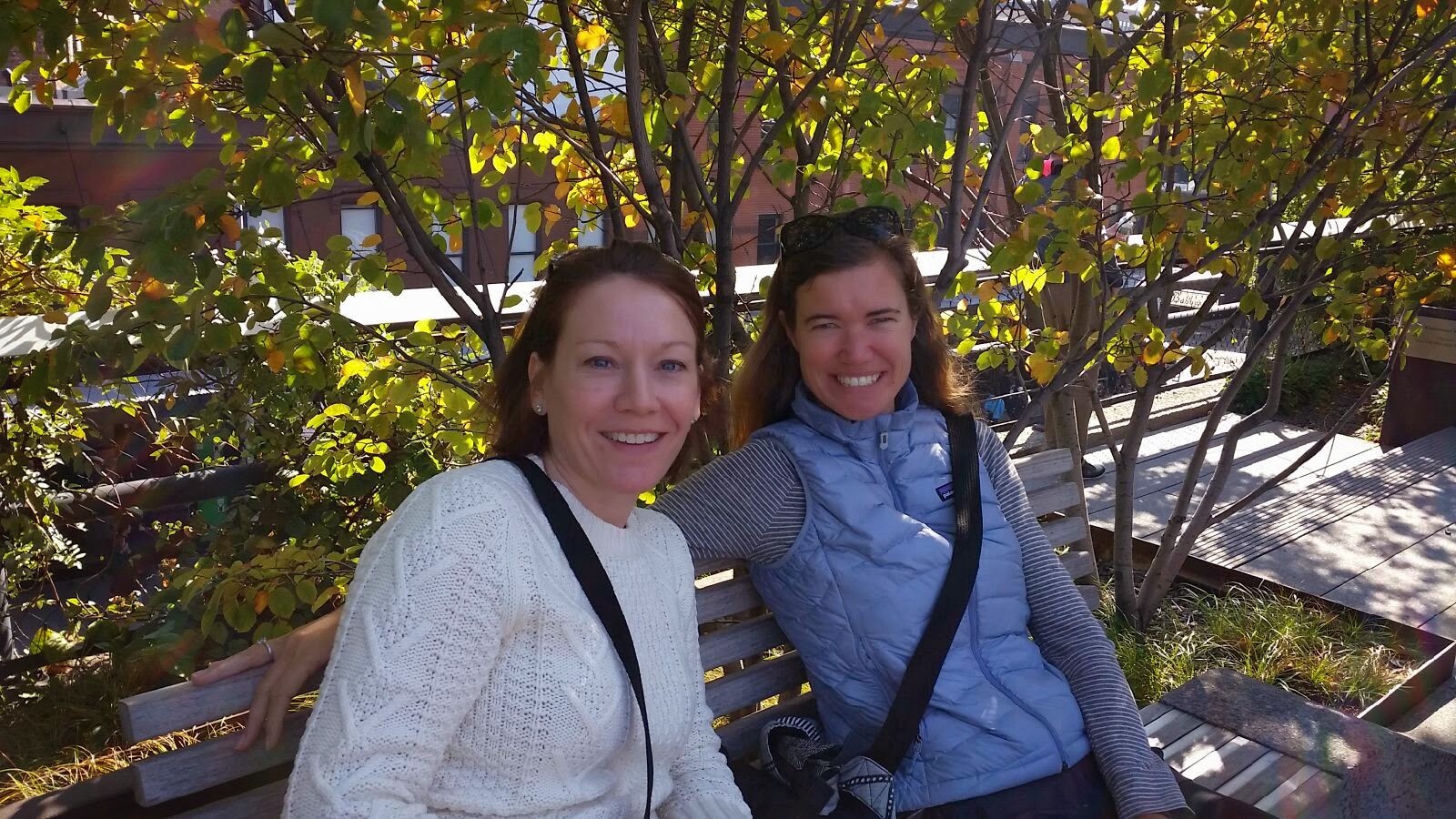 The weekend was again taken over by soccer/baseball/softball.  The kids have agreed that starting in the spring they will each choose one sport at a time.  Kevin and I aren't the only ones missing our family time. 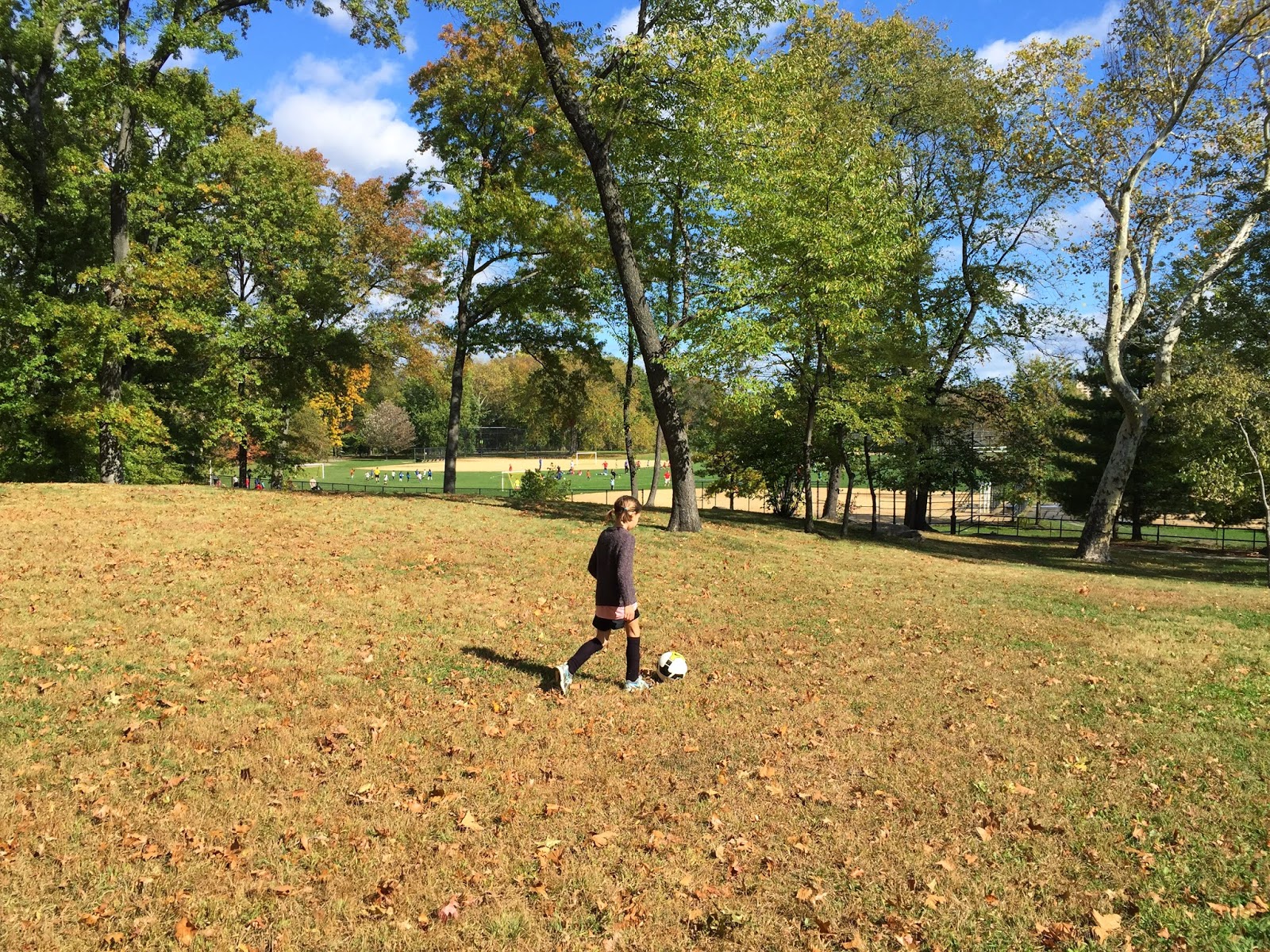 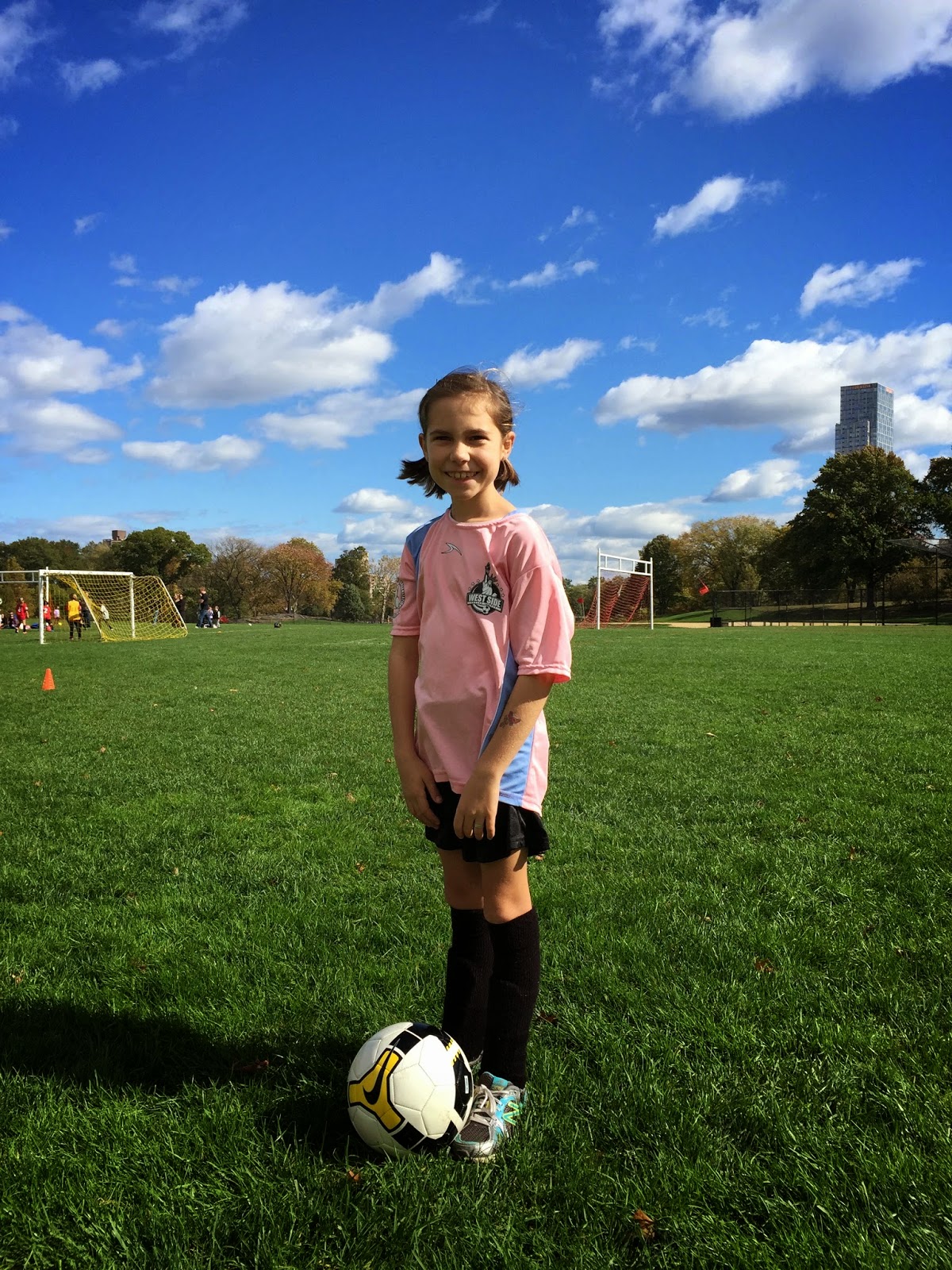 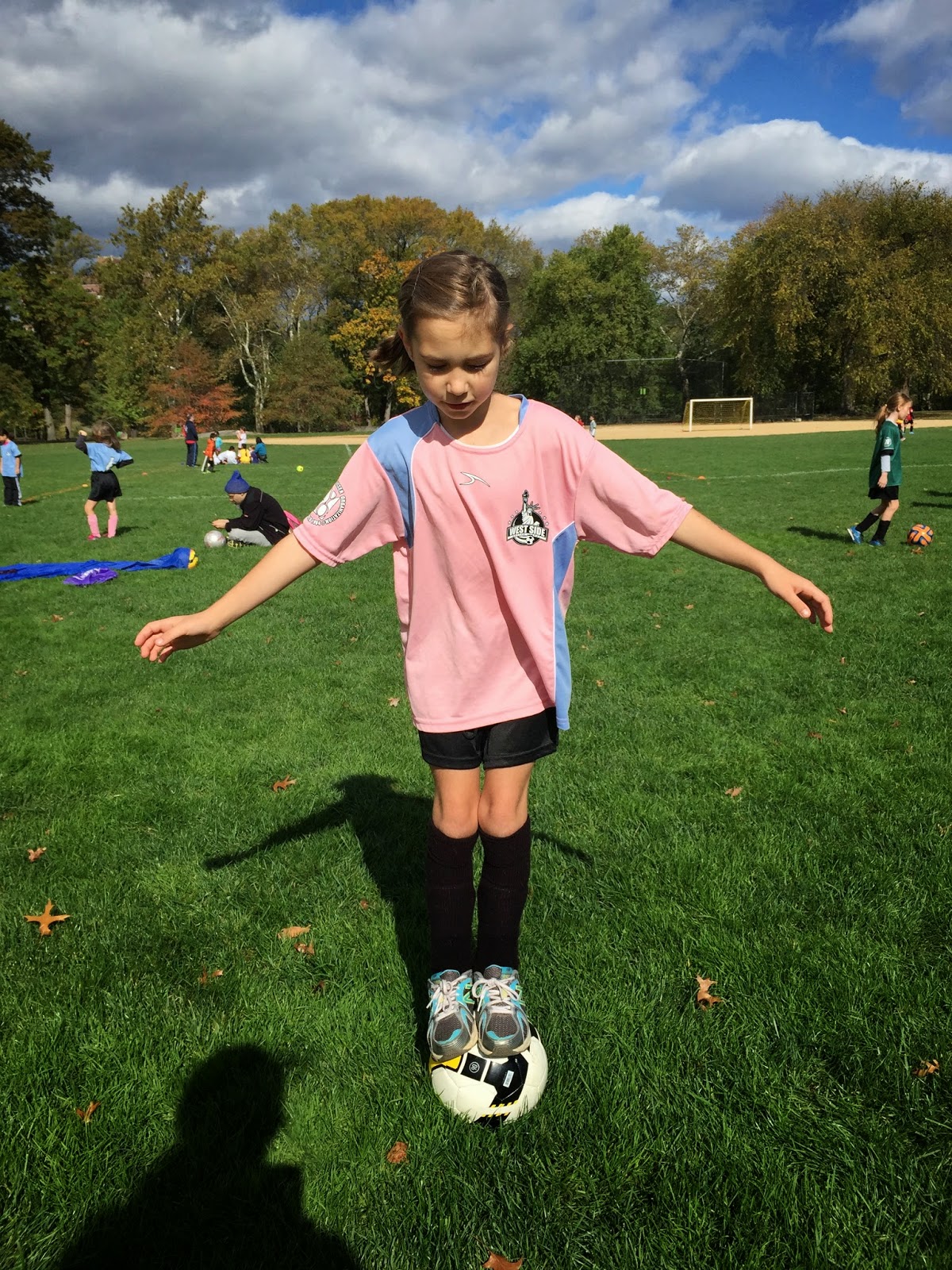 We wrapped up the weekend with pumpkin carving and sending our Jack-O-Lanterns into the middle of a lake on a flotilla.  Every year the Park Conservancy has a big party up at the northern end of Central Park at the Harlem Meer (remember where we once went fishing in Central Park?).  There are lots of fun games and crafts and a big parade around the lake.  It all culminates with a Pumpkin Flotilla filled with carved pumpkins.  The kids donated their two pumpkins for the cause and had a great time watching them float across the lake. 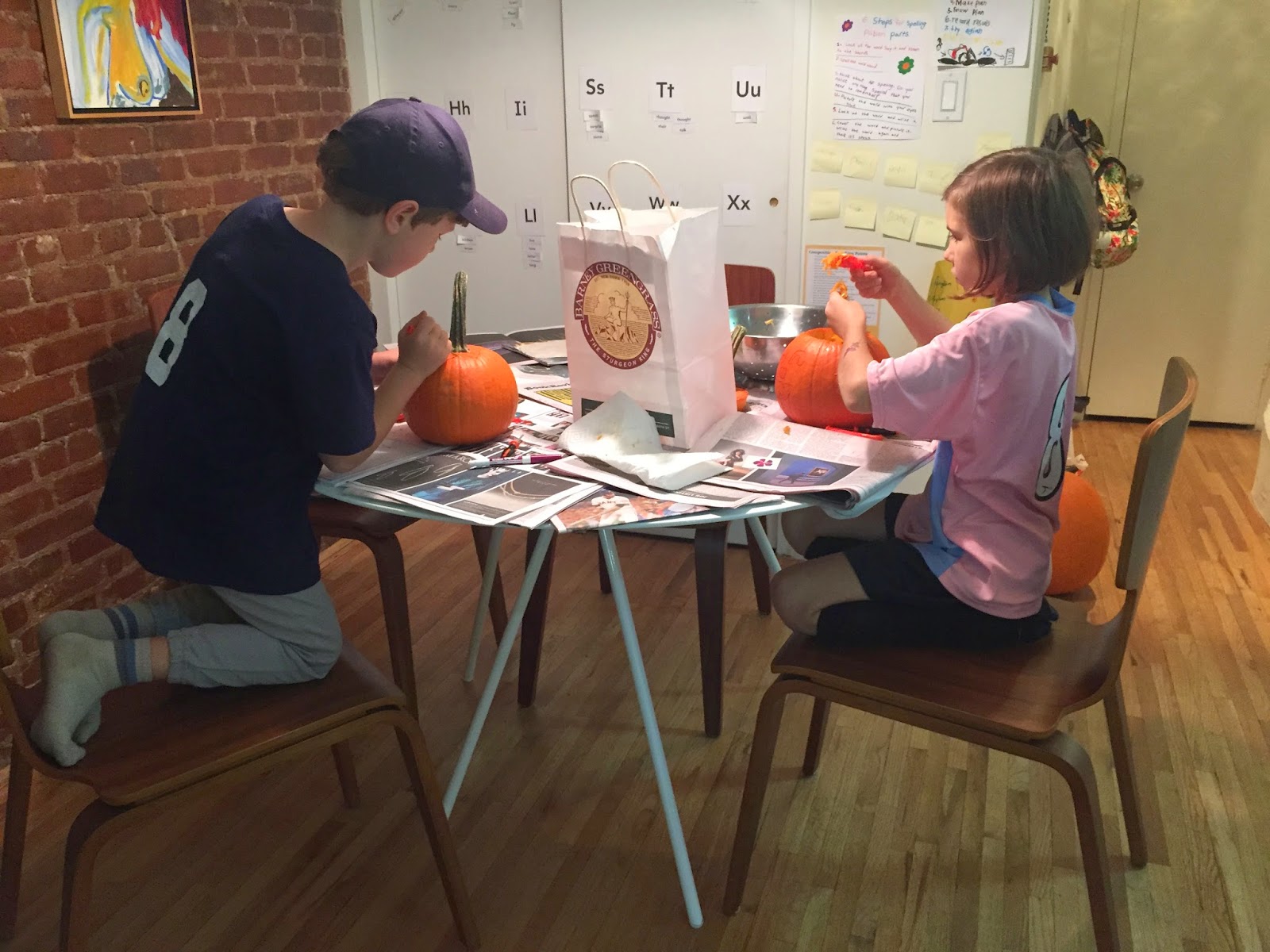 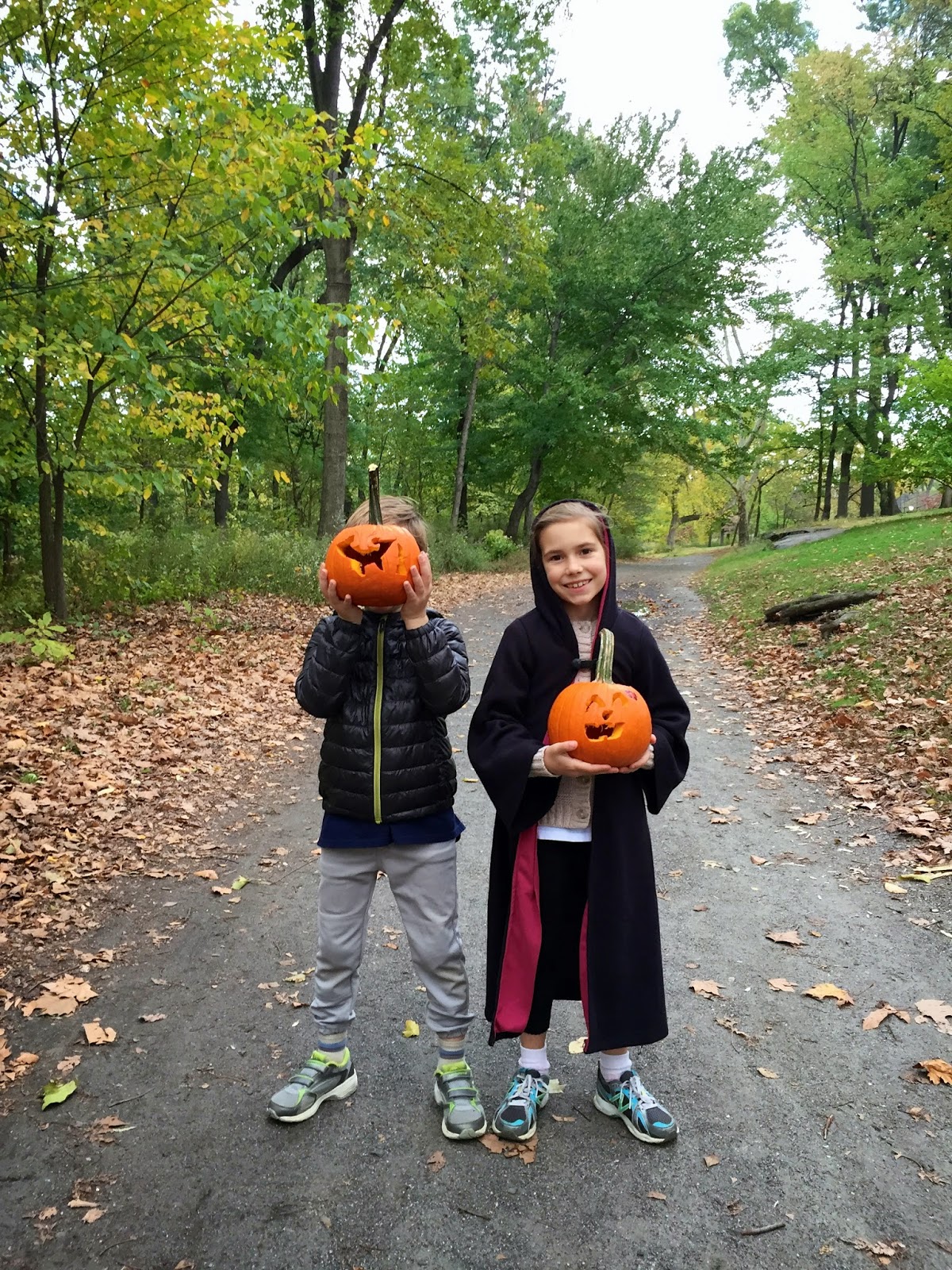 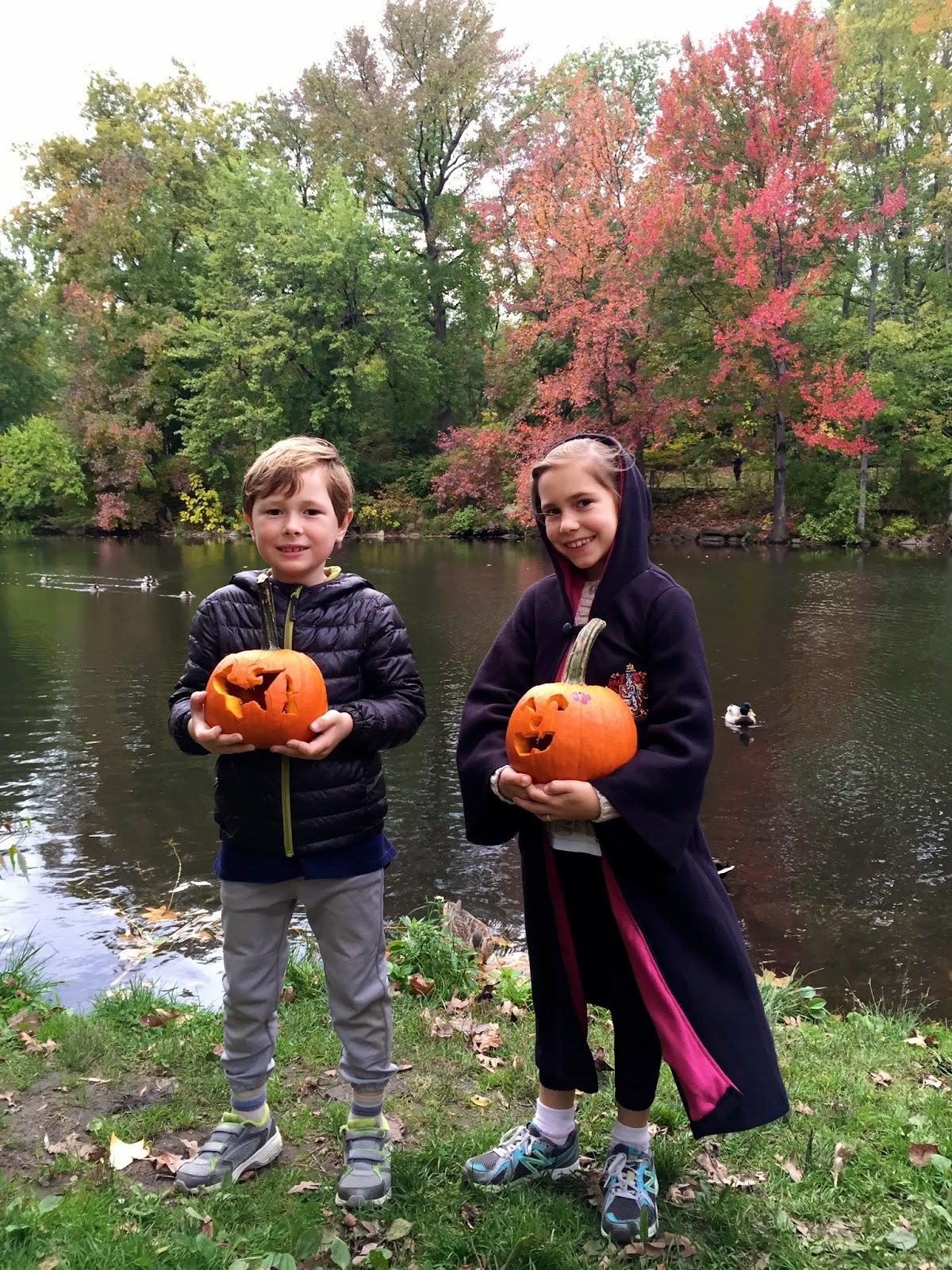 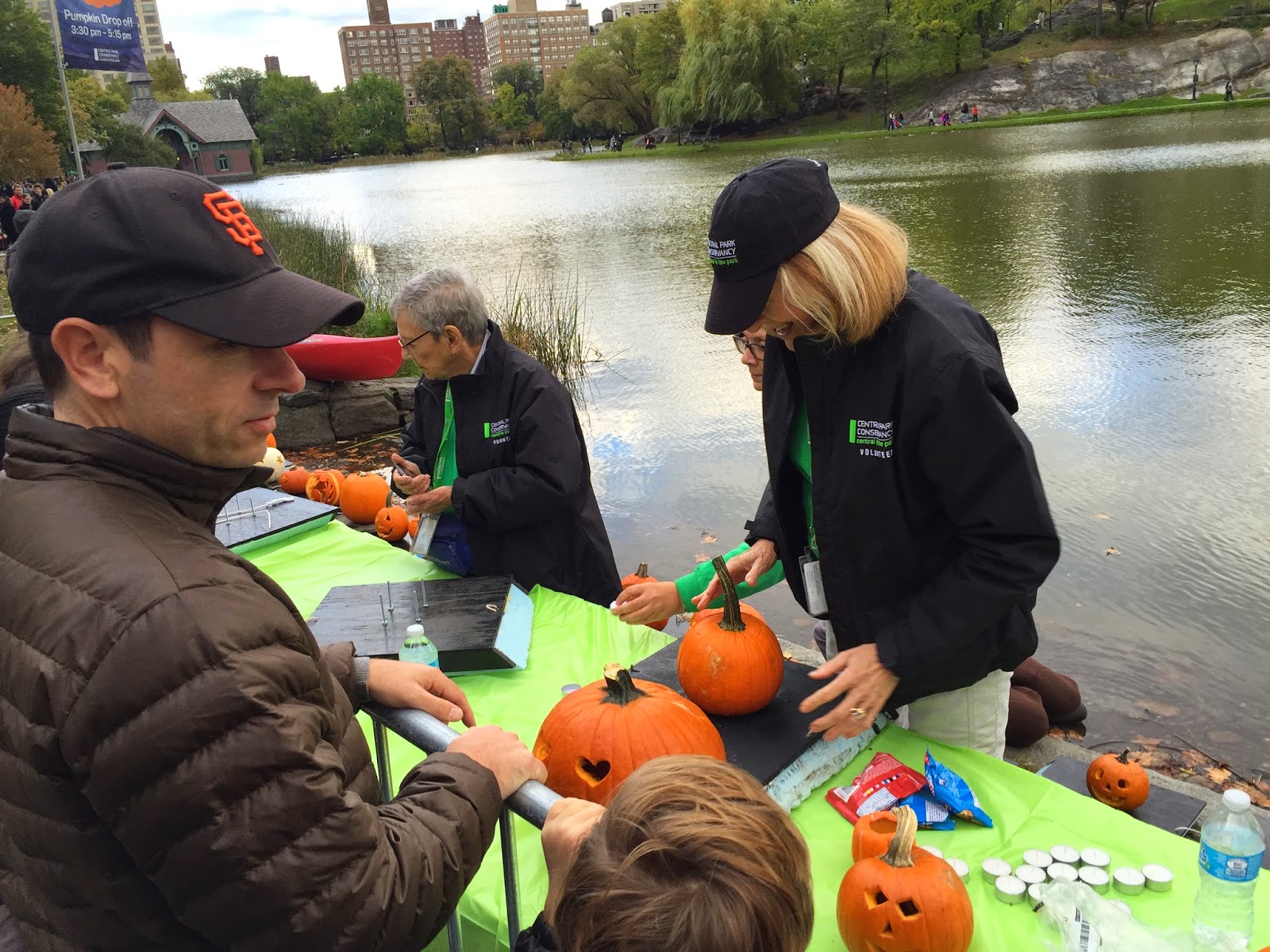 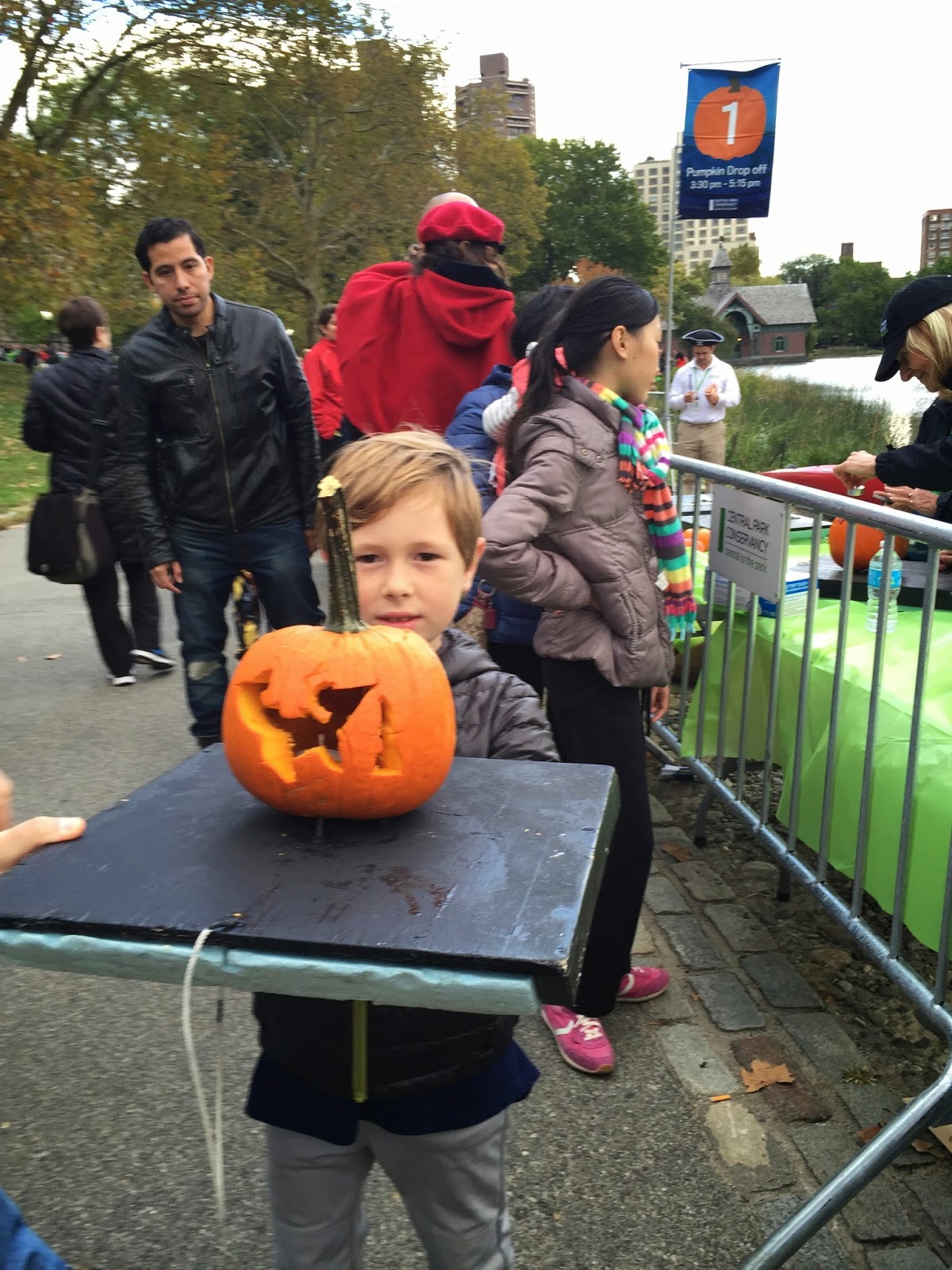 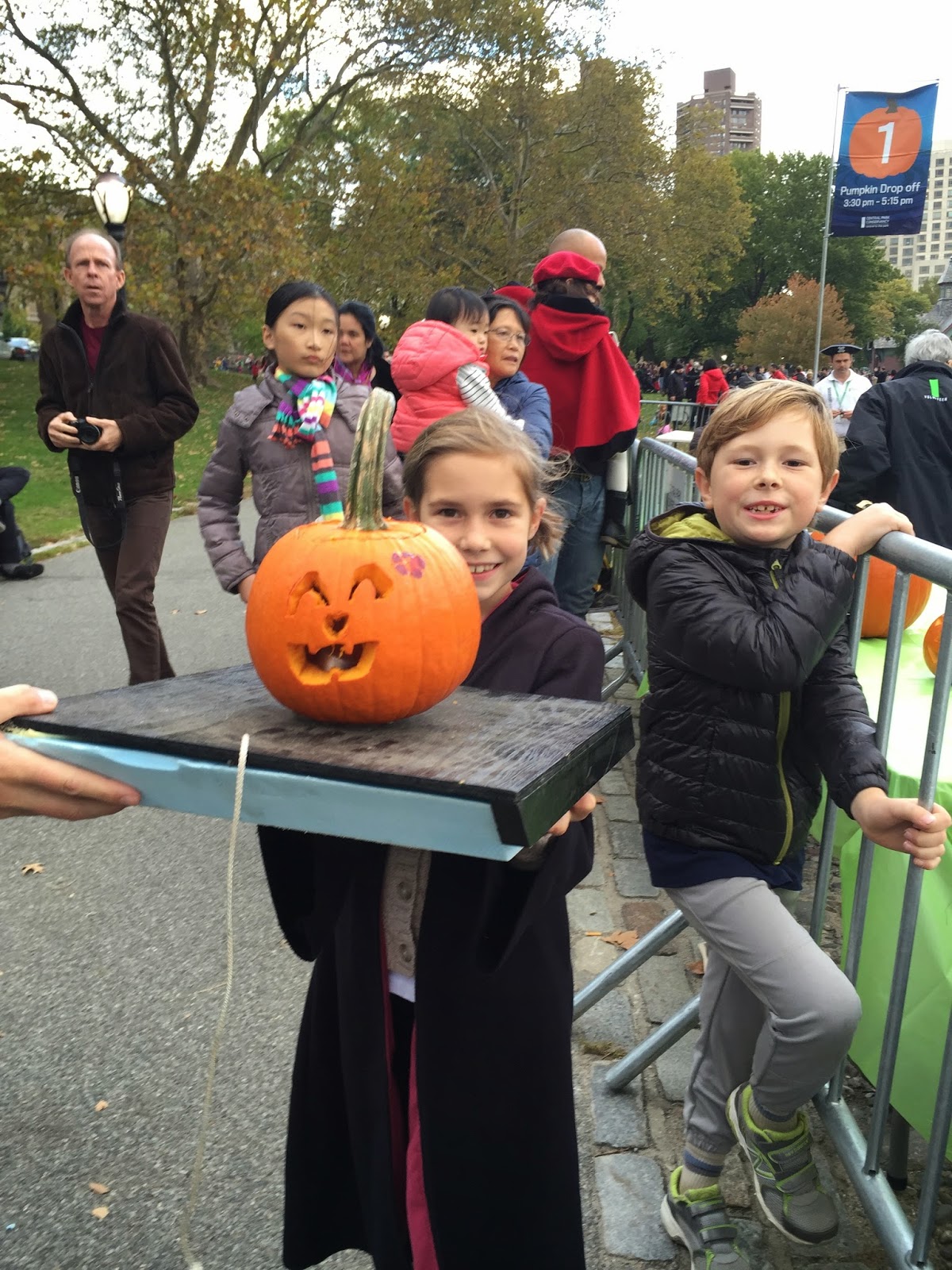 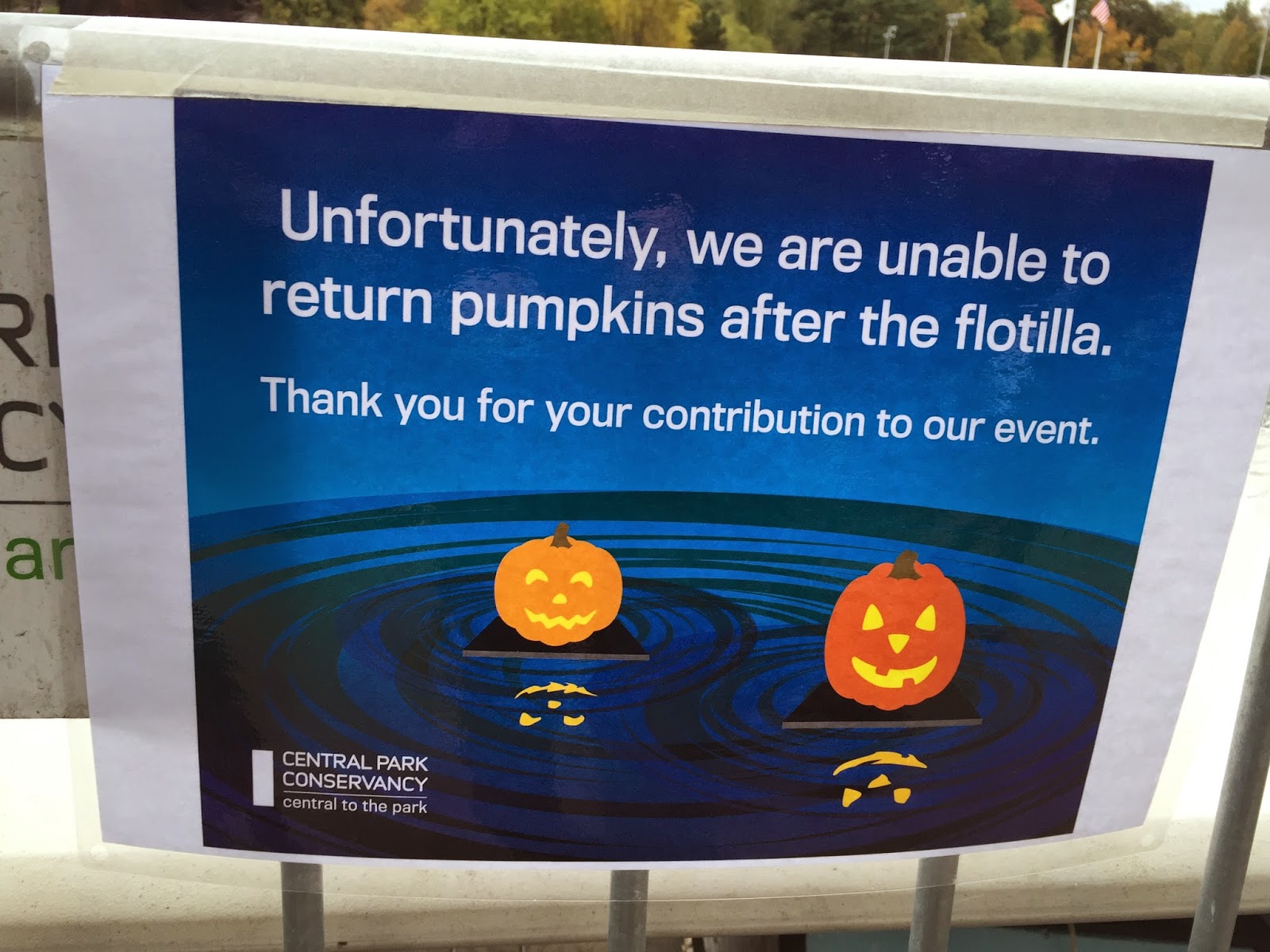 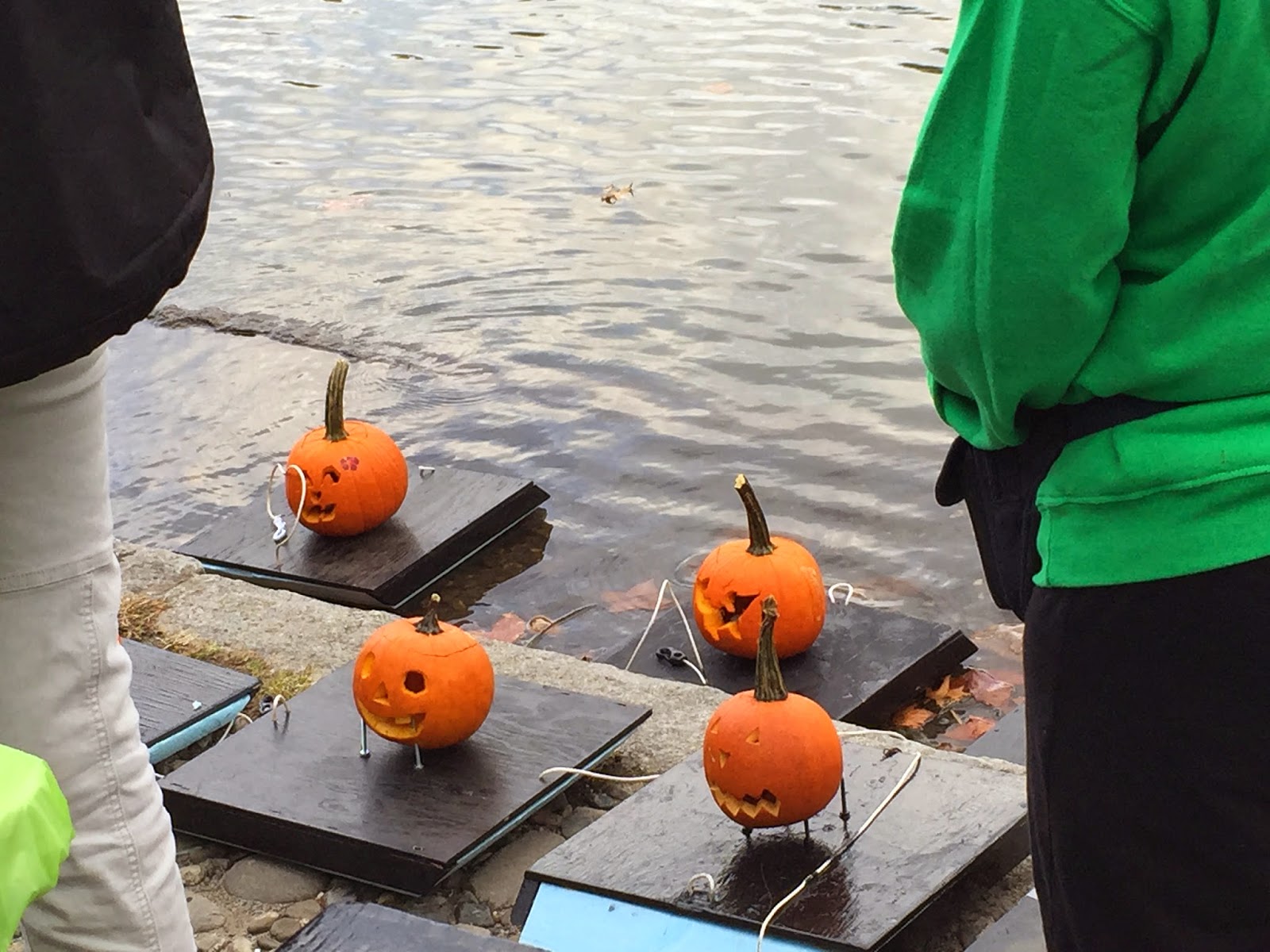 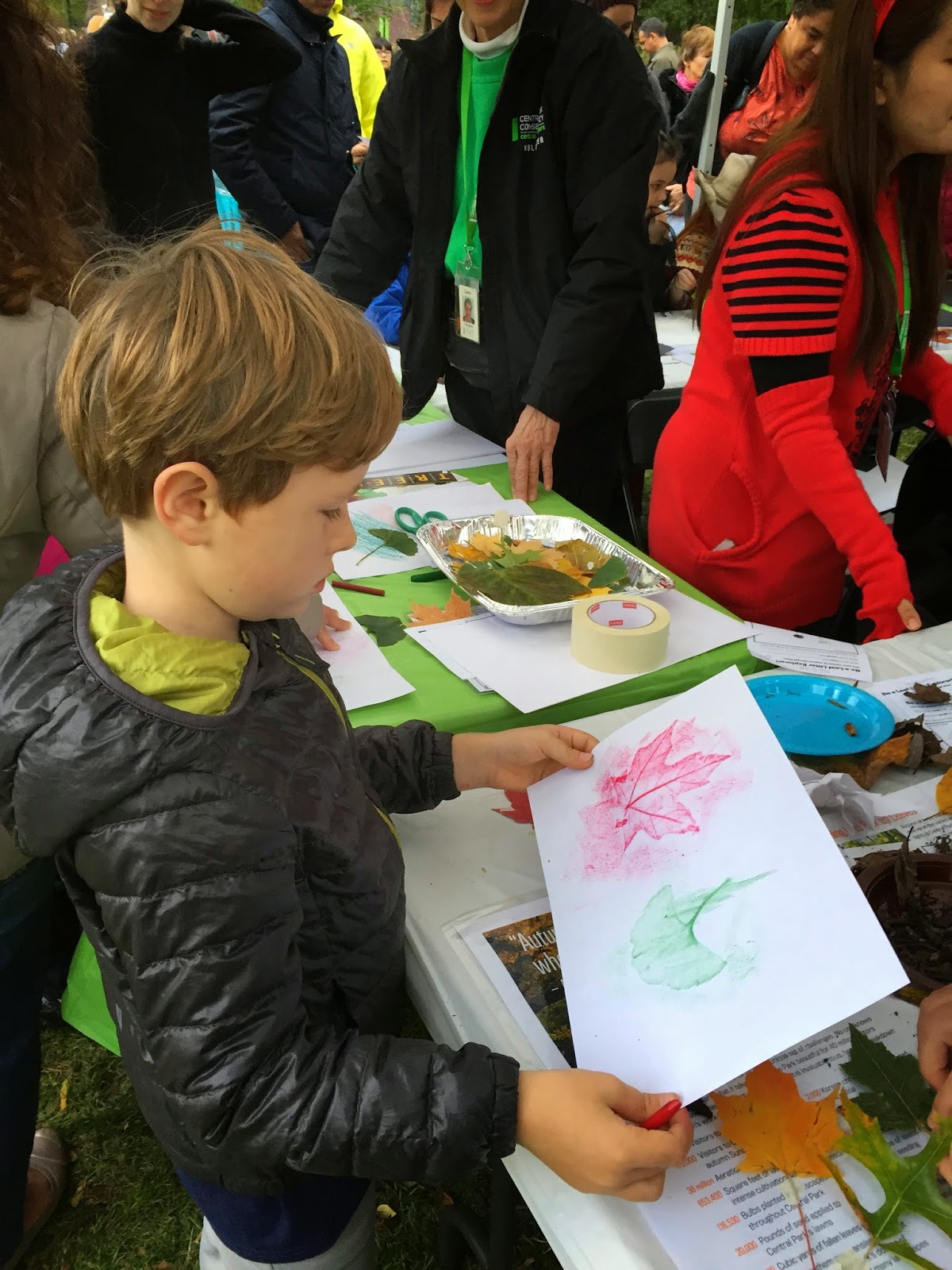 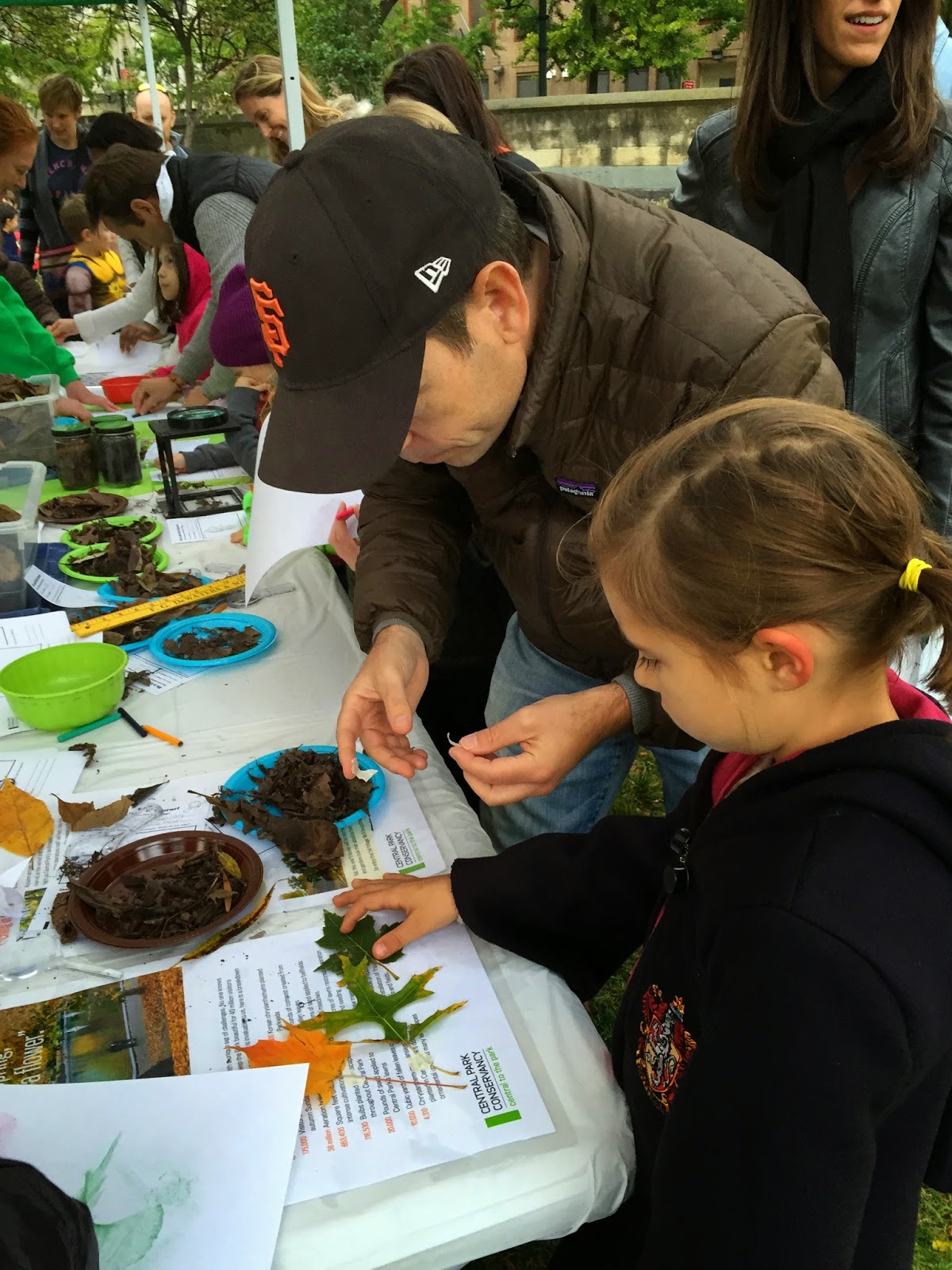 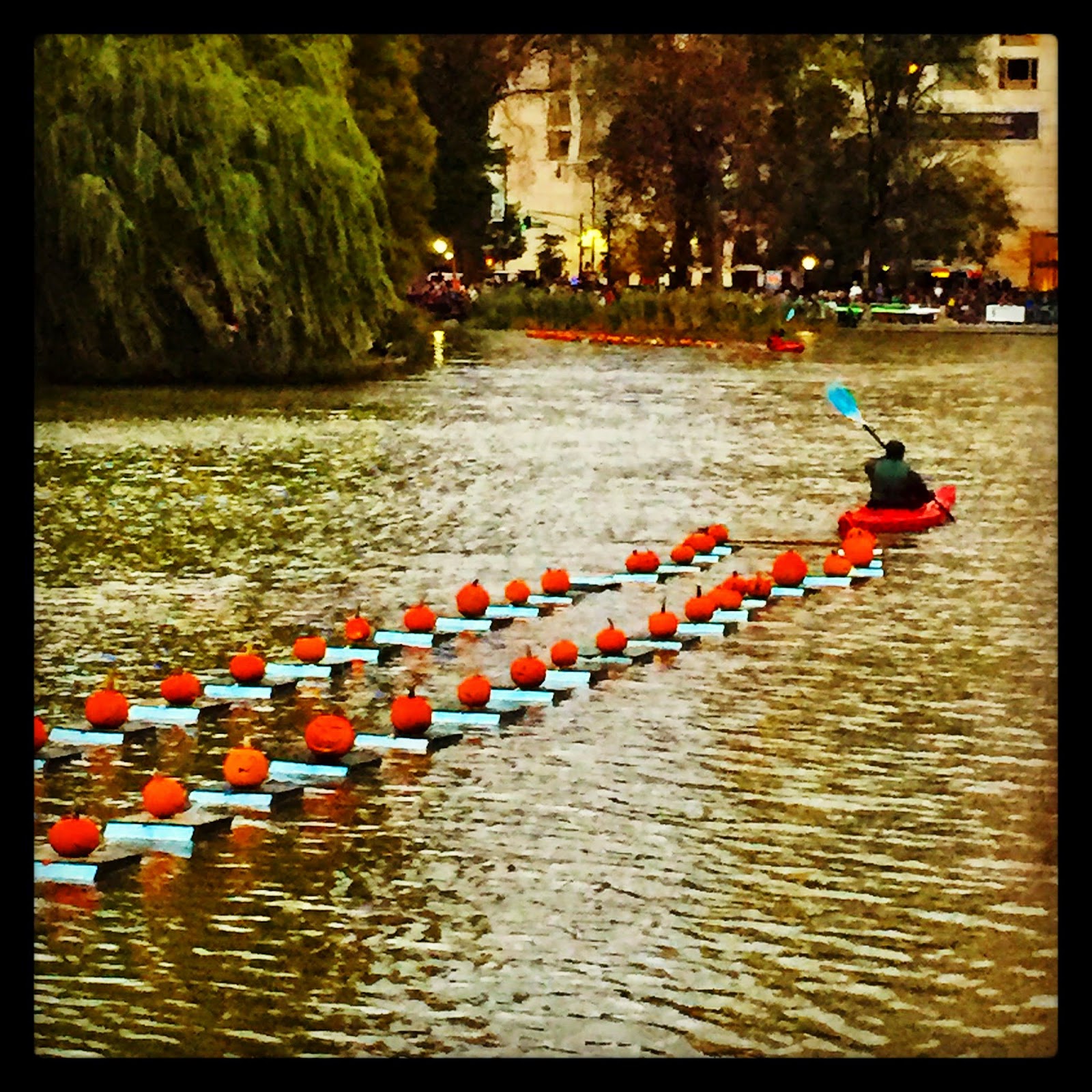 The kids have added two more entries to their blog about hot spots for kids in NYC.  Check it out here!  Happy Monday, people!