Keep Calm and Carry On

Thank god there are people in the world like Dr. Spencer who are willing to risk their lives to help heal others.  But would it have been too much to ask that he stay put in his apartment for the 10 day incubation period of Ebola, just to be sure?  How about at least not ride a subway system that provides 5.5 million rides a day to passengers?  Just for a couple weeks.  Not because I think he was actually going to transmit Ebola on the subway, but because panic is a powerful thing.  One doctor said the real problem with Ebola coming to the U.S. will be the toll it will put on emergency rooms.  Flu season is upon us and the flu and Ebola have very similar symptoms.  If we get several more cases of Ebola in this country, as people start spiking fevers and vomiting they'll flood the ERs and doctors will be required to approach every patient with these symptoms as possible Ebola patients.

So I guess the moral of the story is to get your flu shot so that you don't accidentally think you have Ebola.

On a happier note, another fun field trip was had this week. 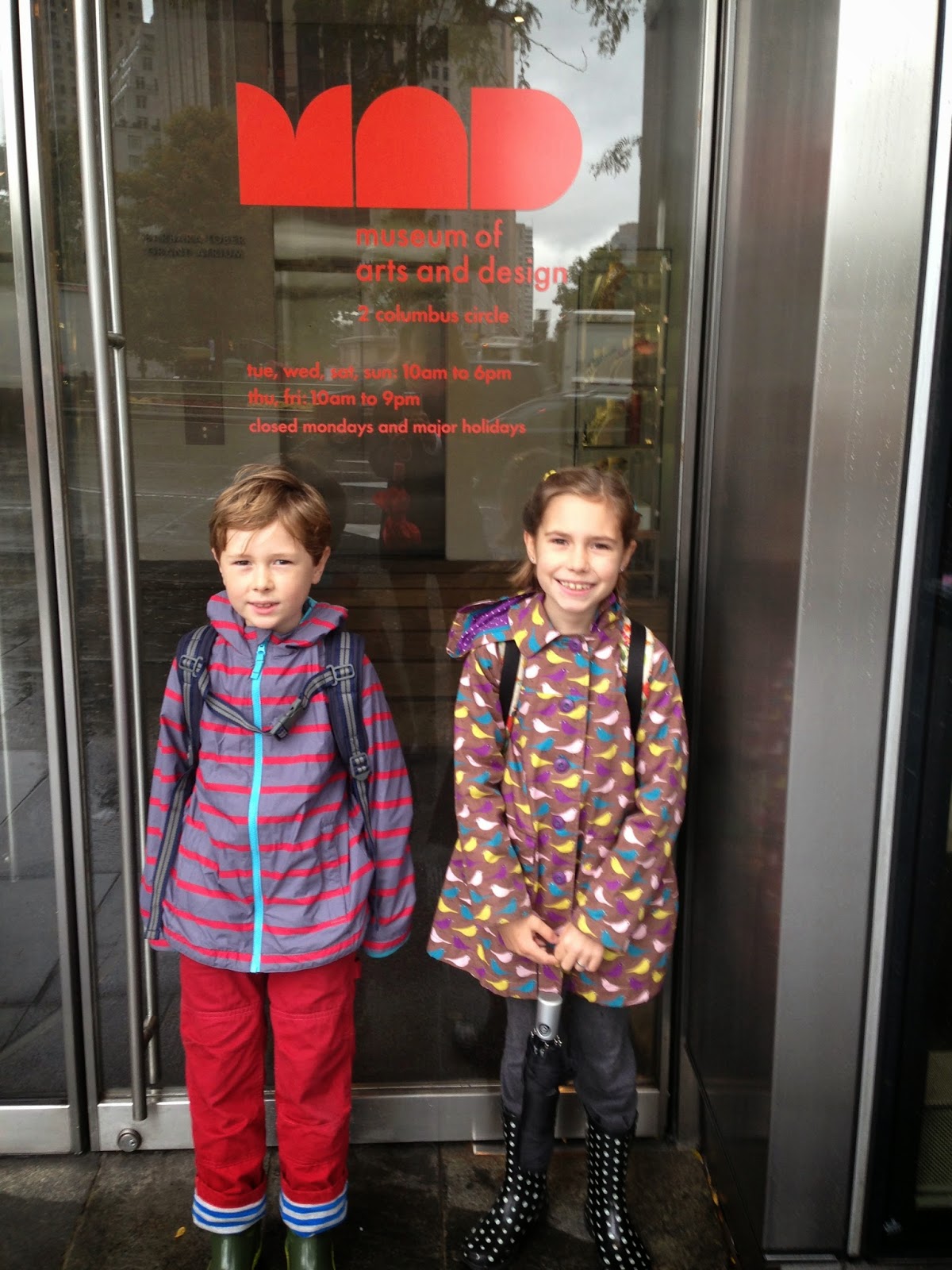 The kids joined a homeschool field trip to a museum that we've passed dozens of times but have yet to visit, the Museum of Art and Design.  It's a small museum right on Columbus Circle.  I almost didn't sign them up for it because we are too overscheduled as it is.  But then I realized that for the low price of $6/kid I could have an hour and a half all by myself.  Sold. 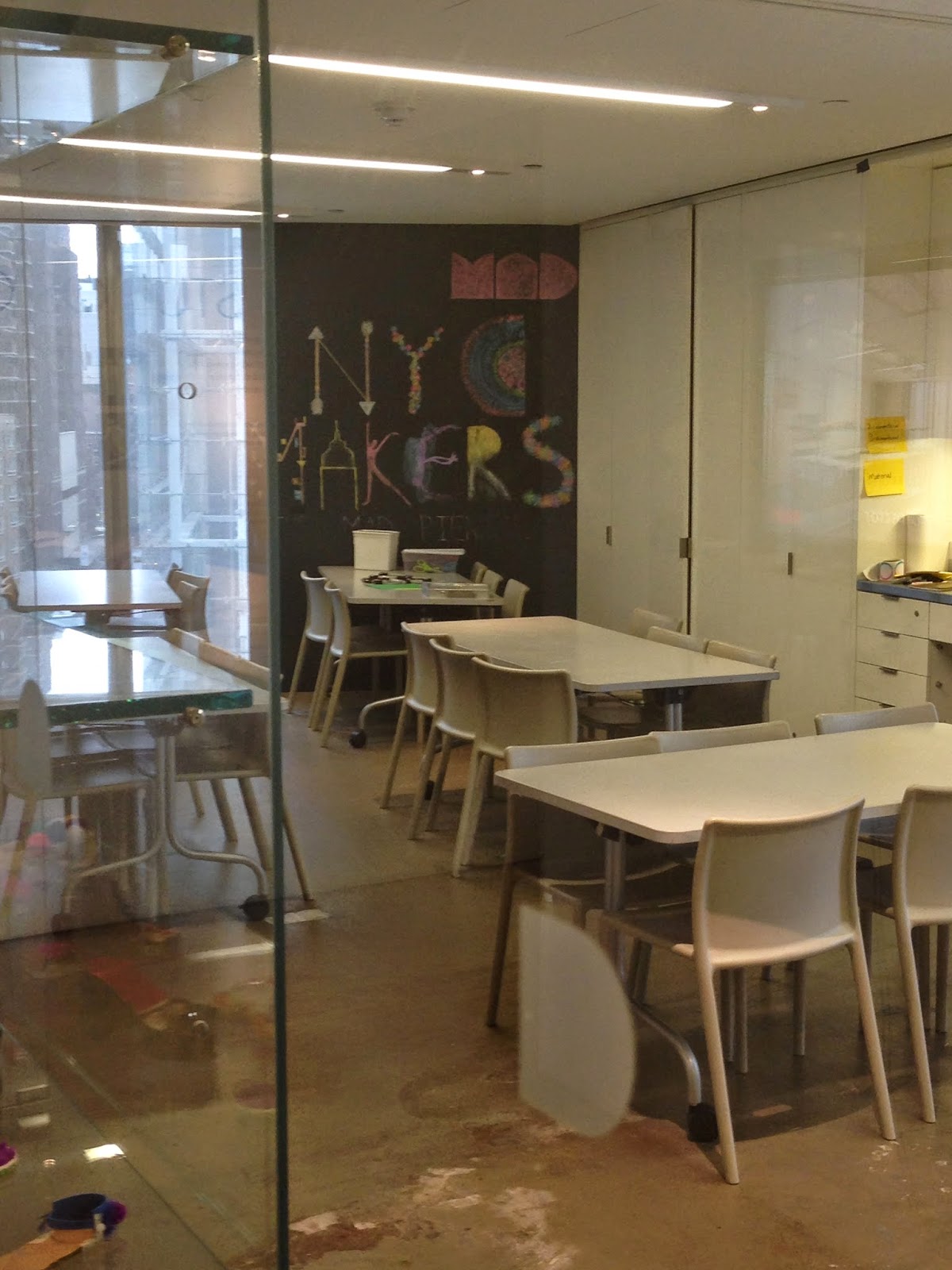 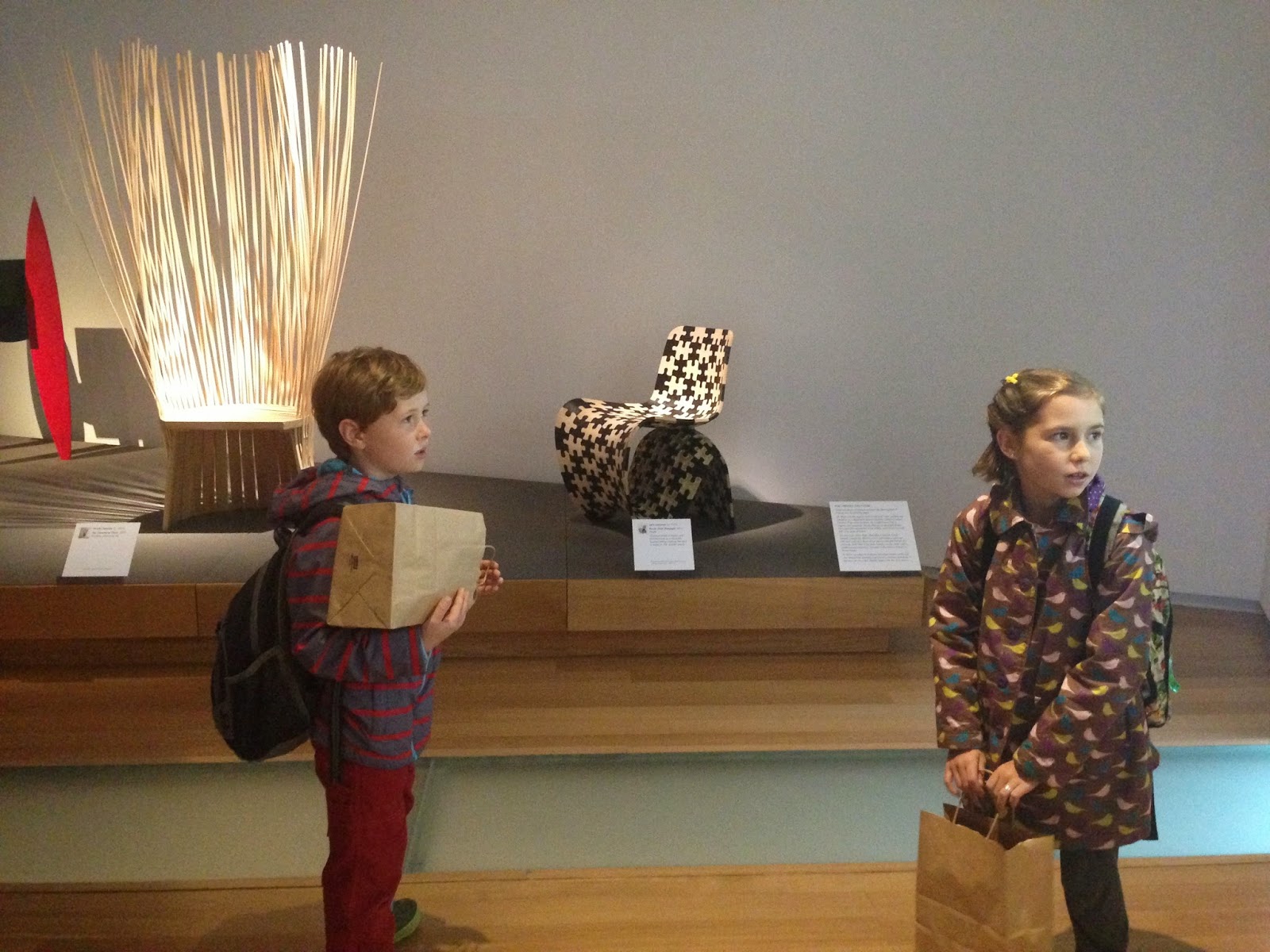 While the kids toured the museum, met a "real live" artist-in-residence and created some art of their own in this beautiful studio overlooking Central Park, I made my way across the street to the only shopping mall I've seen in Manhattan and tried on jeans all alone, drank a quiet cup of coffee and checked to see what you people were up to on Facebook.

The week was also filled with the usual fun creative writing classes, play dates, and even cross-stitch.  I really thought they'd tire of cross-stitch after a few sessions but both of them just seem to be getting more into it.  The class is filled with 9-year old girls so Ella has made several buddies and Holden, surprisingly, is hooked.  Of course, we spend all of this money on amazing classes at incredible museums and the one they like the best is the free one. 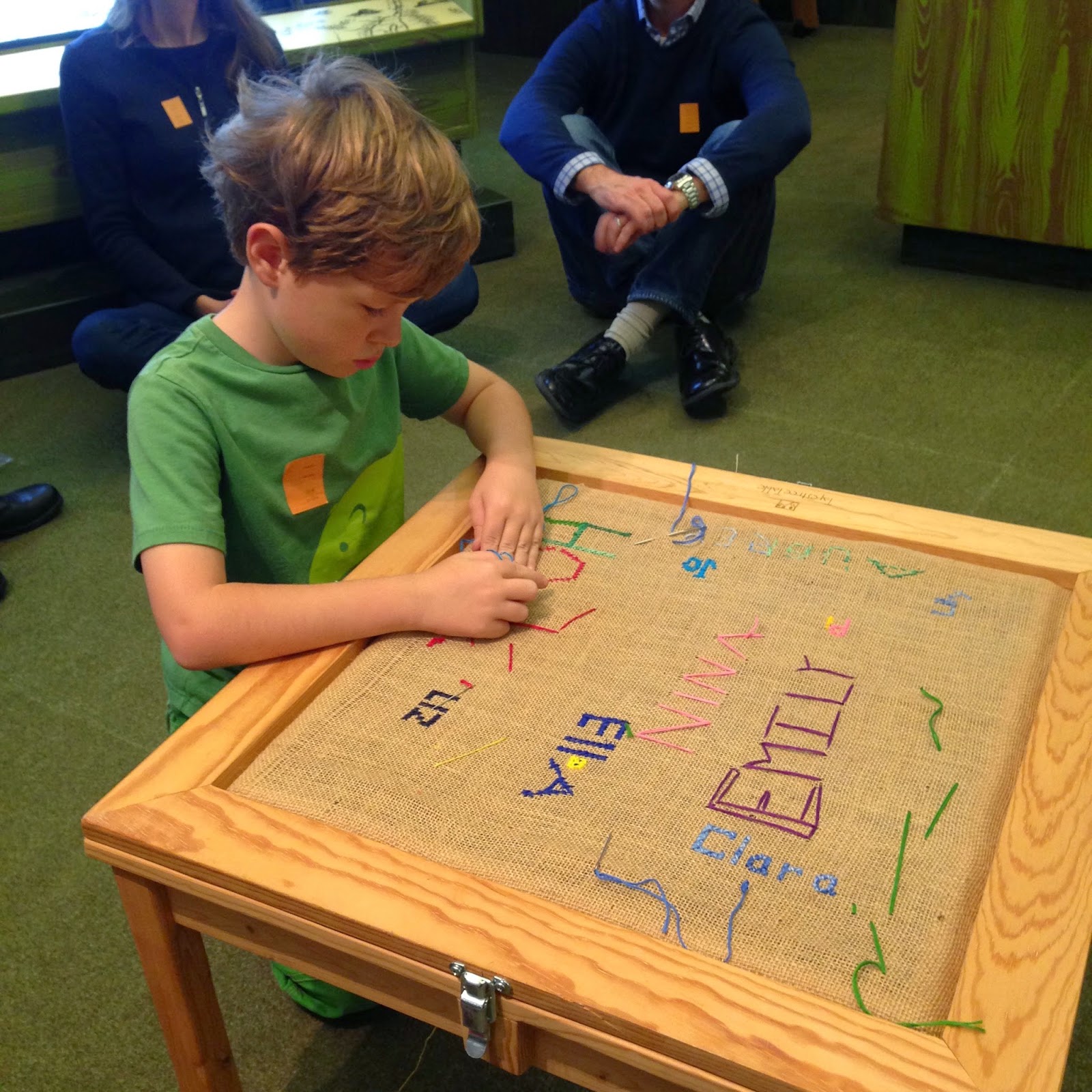 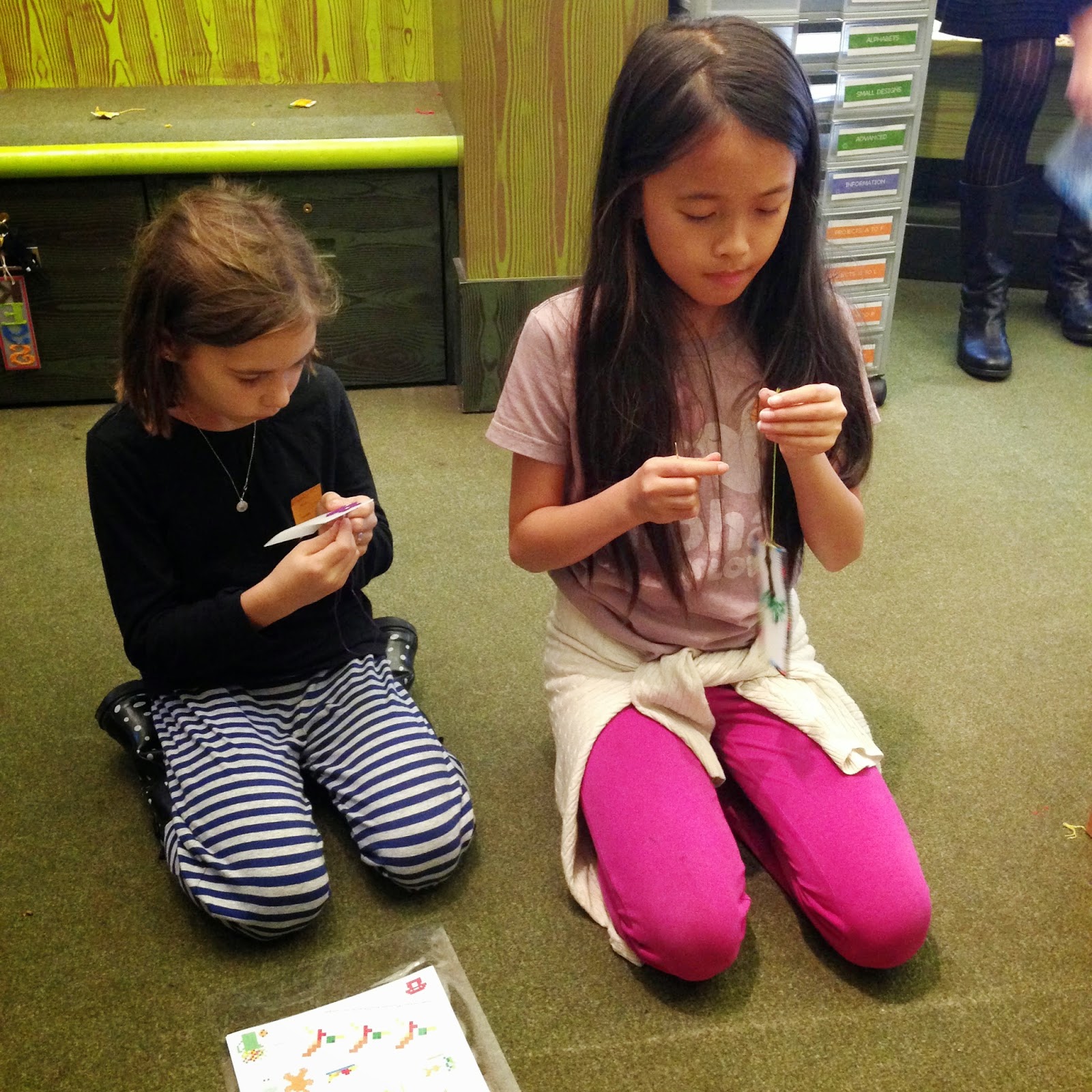