We also passed a beautiful lake with romantic couples rowing by. 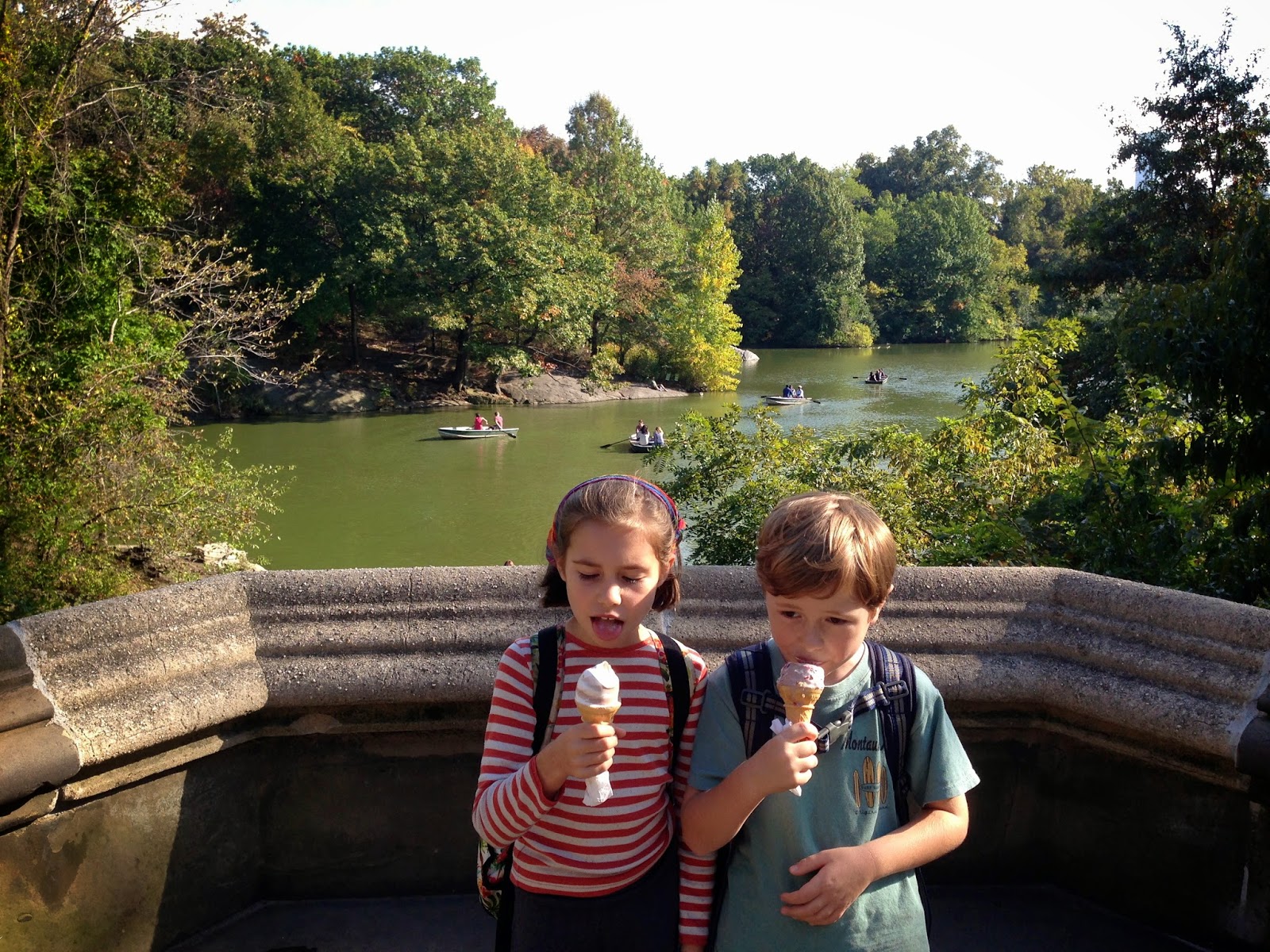 And of course we didn't let the ice cream truck get by us without grabbing a couple cones.

Friday was a gorgeous day in the city.

Someone asked me what the kids are doing in their history class at the NY Historical Society and I can't remember who so I'll write about it here and hopefully they're a blog reader.

They are just about to finish up their session on the Lenape Indians who were here in the New York area before the Dutch came (and long before the English arrived).  The kids usually spend the first part of the hour and a half in the museum itself looking at art and artifacts from the Lenape.  Then they have some classroom time talking about what they saw and learned, and then finish up with about a half hour of hands-on time where they make art projects related to what they learned.  For the last couple weeks they have been working on making models of wigwams (a domed dwelling for the Native Americans).  They begged me to sign them up for the next session which starts in a couple weeks where they'll progress to the American Revolution and specifically what was happening in New York at that time.  We've accidentally been studying the American Revolution between our visit to Philadelphia, the kids reading the Magic Treehouse book about the revolution, watching a bunch of Liberty's Kids videos (I highly recommend them), our recent visit to the museum at Fraunces Tavern and our upcoming trip to Washington DC over Thanksgiving break.  I say it was an accident because we're not actually studying the American Revolution in our curriculum at home (or online).  This year is actually devoted to a broad overview of history from first recorded history all the way through to the present day (we're currently at about 1000 BC).  I really like this approach because I know I for one never got that broad overview and so as I learned about various wars and revolutions I always had a hard time seeing how they fit into the big picture.

Anyway, we slowly made our way through Central Park and over to the Met for their evening class.  It happened to be "Teens Take Over the Met" night and you wouldn't believe it (at least I didn't) but the line of teens to get into the Met was three blocks long!  On a Friday night.  The bottom floor of the museum had club music blasting and all throughout you could come across small groups of teens getting tours of various exhibits, some sketching in corners, and others laughing and running through the halls.  There were hundreds of them.  Those teens could be anywhere in New York City on a Friday night and they chose to hang out at the Met.  So cool.

So, back to what the younger kids were up to.  You may remember that Ella and Holden started a 9-week course called Stories and Glories: World Mythology at The Met.  They joined 18 other 6 to 8-year-olds and started off with Greek and Roman mythology.  According to Ella they saw some Greek pottery and a Roman sarcophagus and sketched all of them.  They've been reading a lot about Greek mythology lately with Kevin and on their own so they had a leg up on the other kids.  If you have kids about the same age and are interested, I can recommend the Heroes in Training series - Holden can't get enough of them. 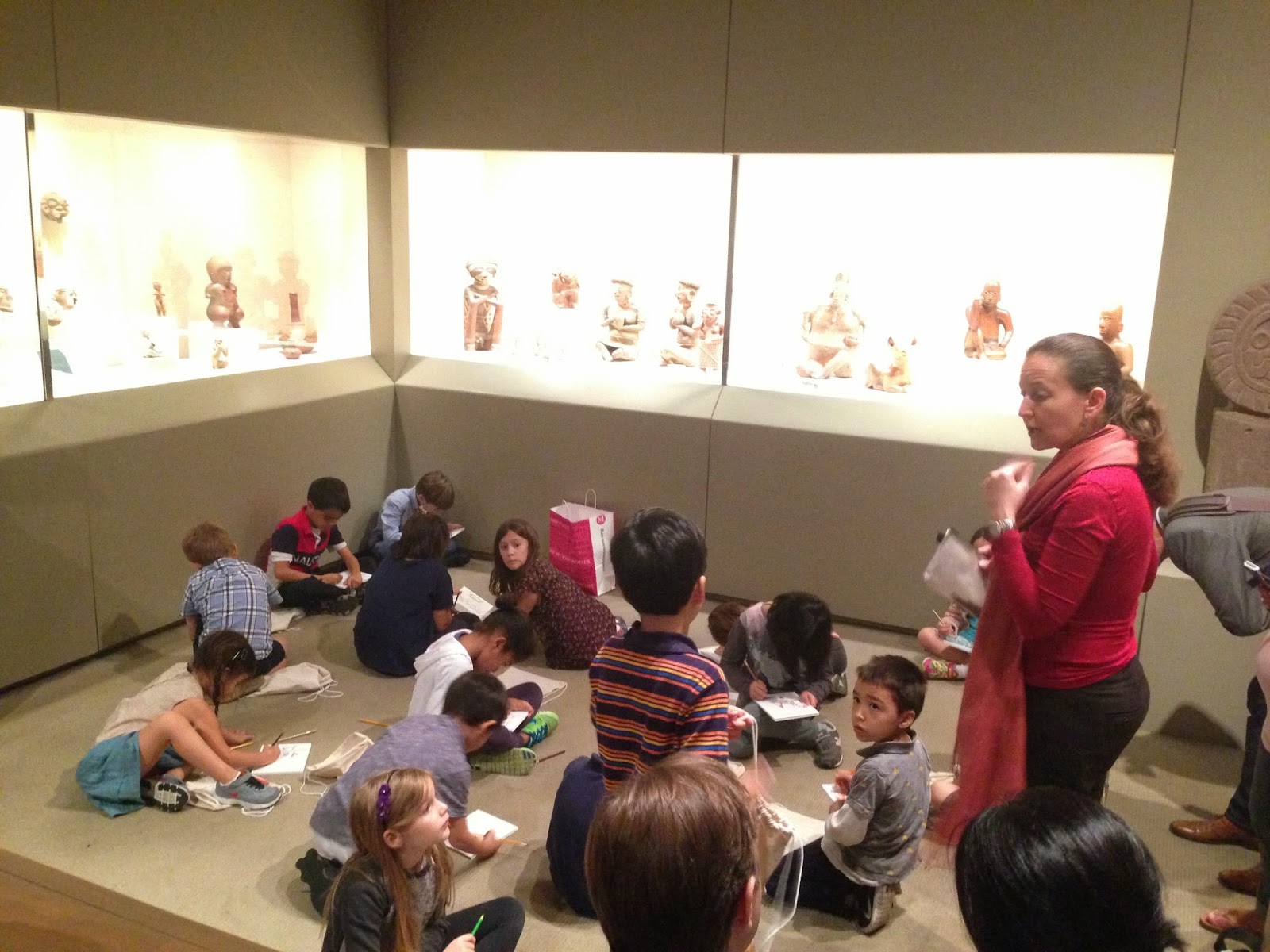 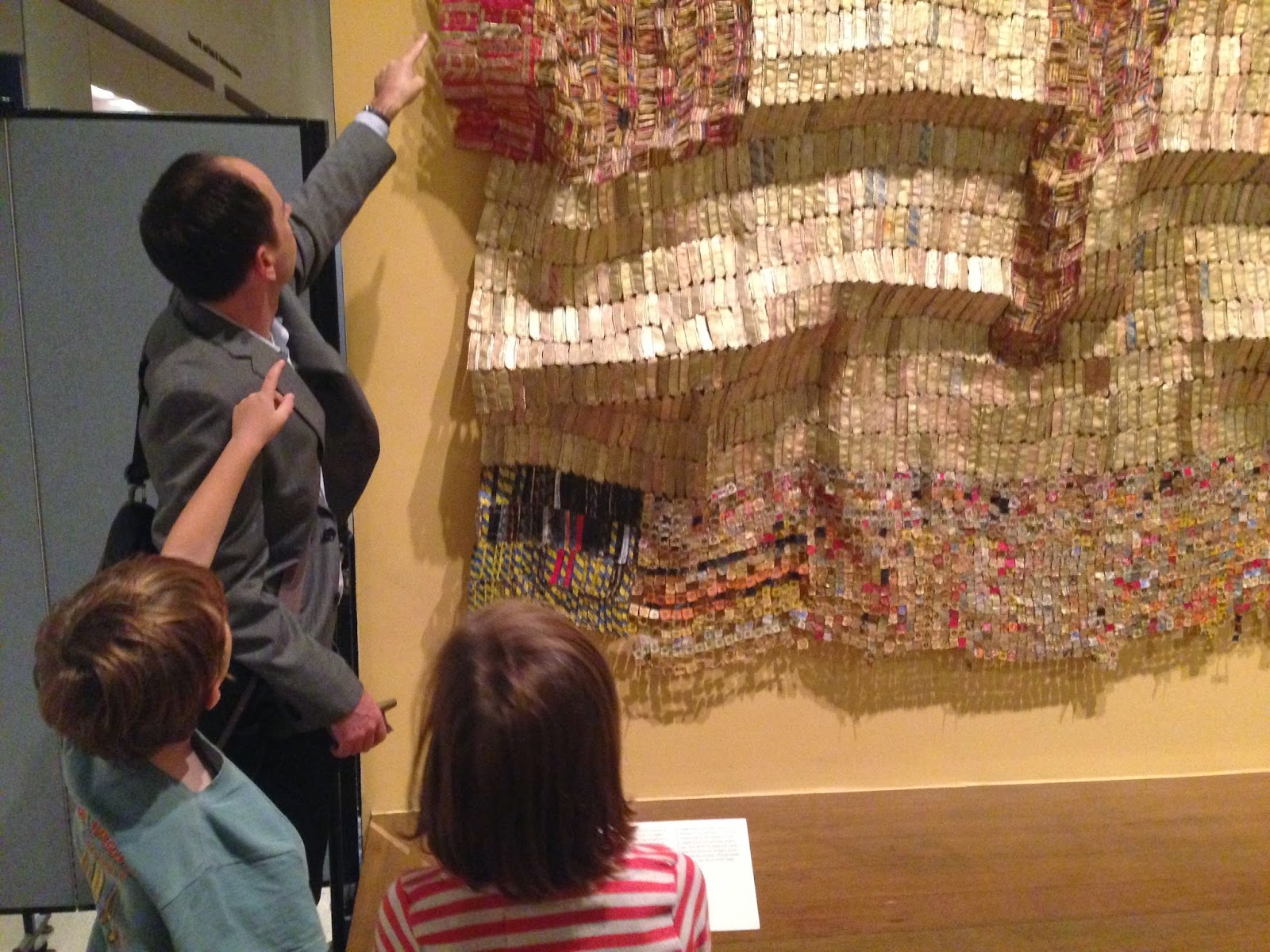 Kevin and I took advantage of an hour and a half without kids on a Friday night and met each other at the nearby Bemelmans Bar at The Carlyle Hotel.


You might remember from our visit to the Madeline exhibit a few months back that Ludwig Bemelmans was the author and artist of the Madeline children's books and lived in New York City.  The Carlyle Hotel let his family live in the hotel for free for a year in exchange for his hand painting all the walls of the bar.  It's gorgeous to see in person.  And in case you were wondering what ever happened to Molly Ringwald of 80s fame, she is alive and well and can be found doing two shows a night at Bemelmans.  Who knew she was a lounge singer?

Several weeks back I bought us tickets to see what was billed as a family program at the Park Avenue Armory for Saturday night called The 7 1/2 Mysteries of Toulouse McLean.  I had no recollection of what the show was about and probably just bought the tickets because I wanted to show the kids the Armory, where Kevin and I saw the amazing performance of Macbeth (still the best live show I've seen to date).  We showed up on Saturday night and were seated in a relatively small room with almost all adults (only about two other children were there).  I kind of panicked and thought I had made a big mistake.  Why would a kids' show start at 7pm anyway?

It turned out to be an amazing, audience-immersive show written specifically to be performed in the Armory.  The story is about a girl named Toulouse McLean who was aboard the Lusitania (a British ocean liner that was torpedoed and sunk by a German missile and killed more than 1,000 people).  Toulouse survived and was adopted by the 17th Regiment in New York and raised in the Armory (it is supposedly based on a real girl).  She lived and died in the Armory and the show takes you from room to room, with actors all around you, telling the story.  It's very eerie and beautiful and sad and the kids were blown away.  They had never experienced an interactive show like this before.  I never would have described it as a family program but I'm so glad they did or I never would have thought to bring the kids.  I won't be able to do it justice trying to explain it but it was pretty incredible, not only to be in the middle of the show, but to be in such an historic place. 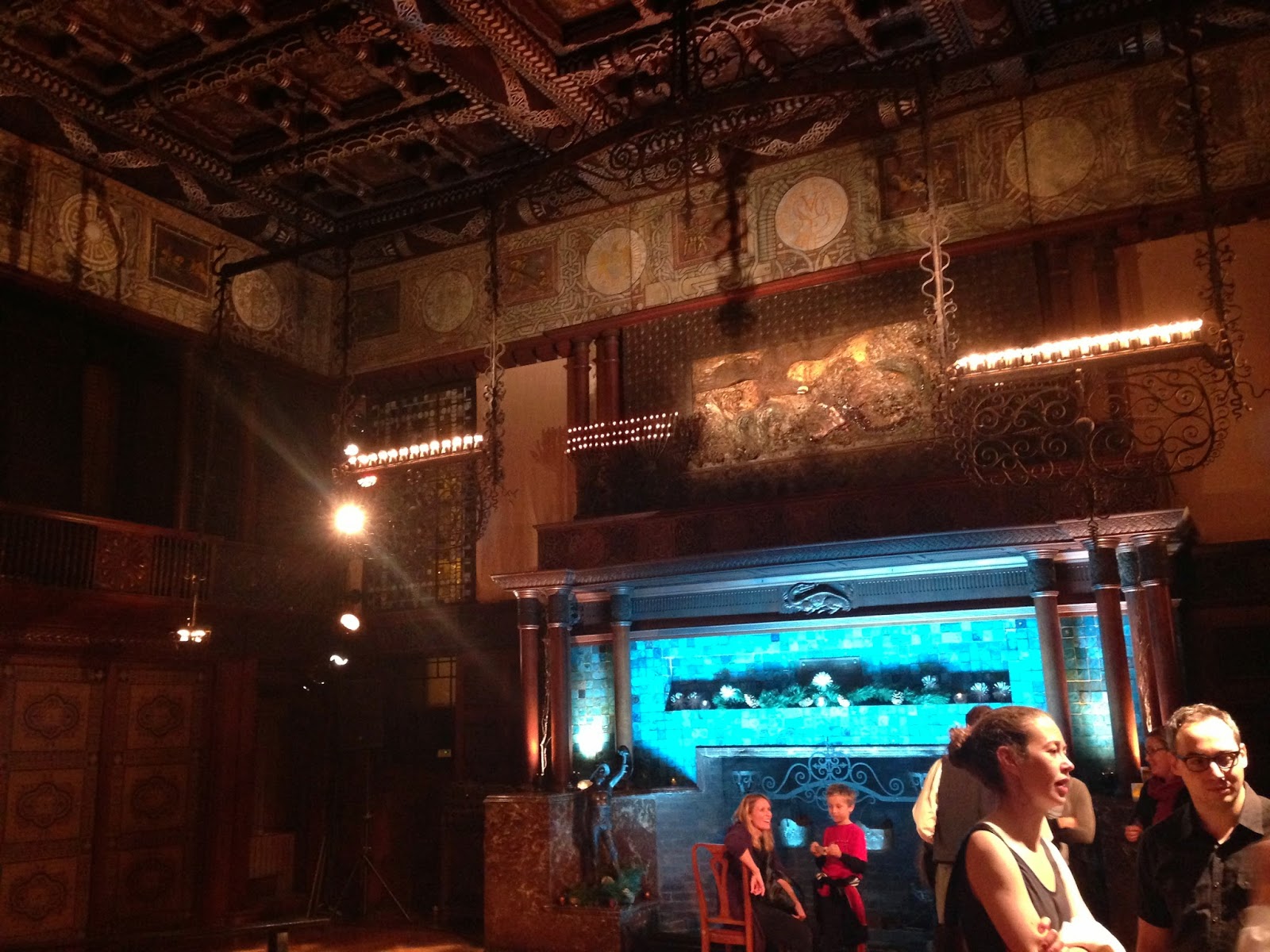 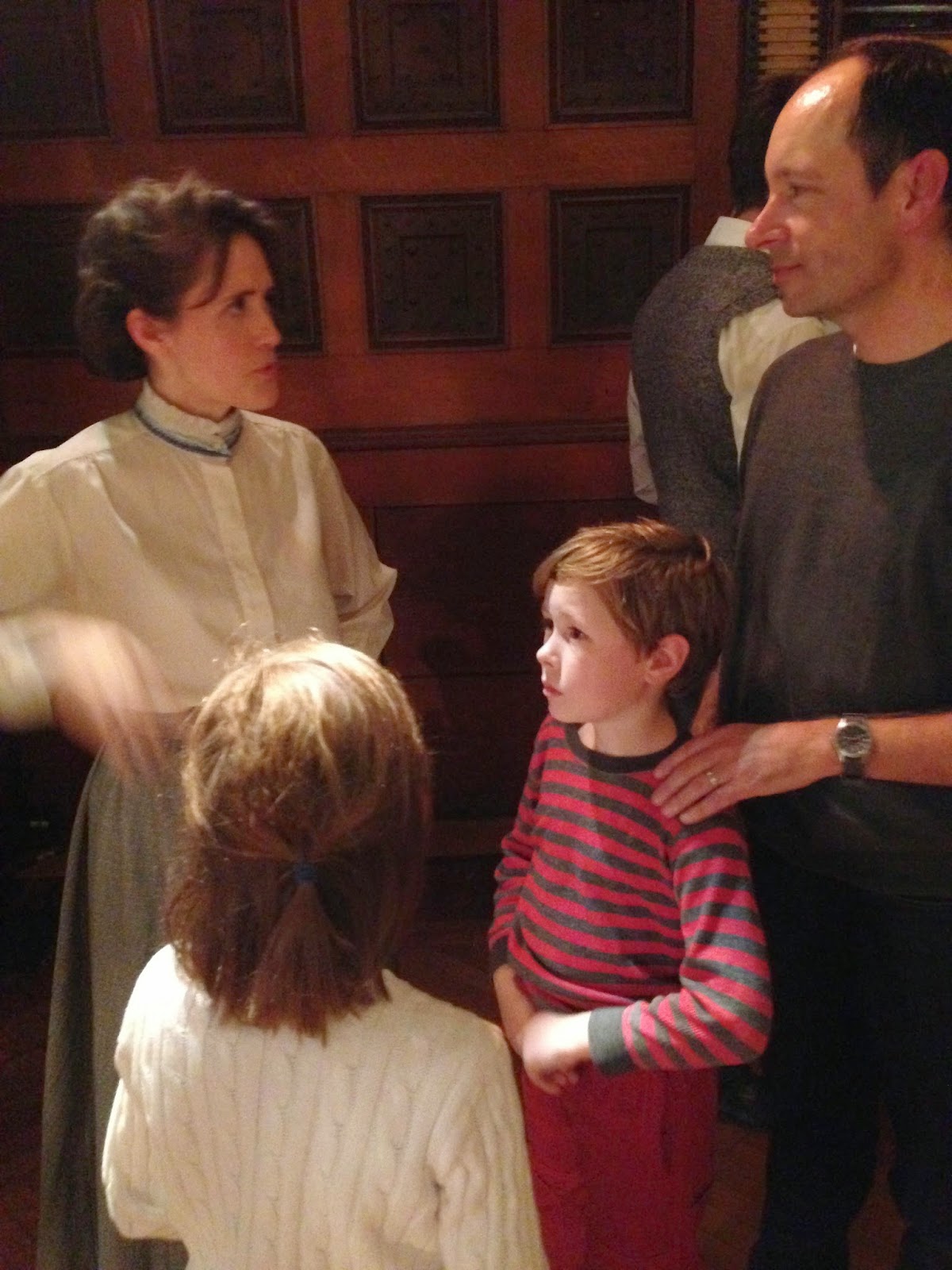 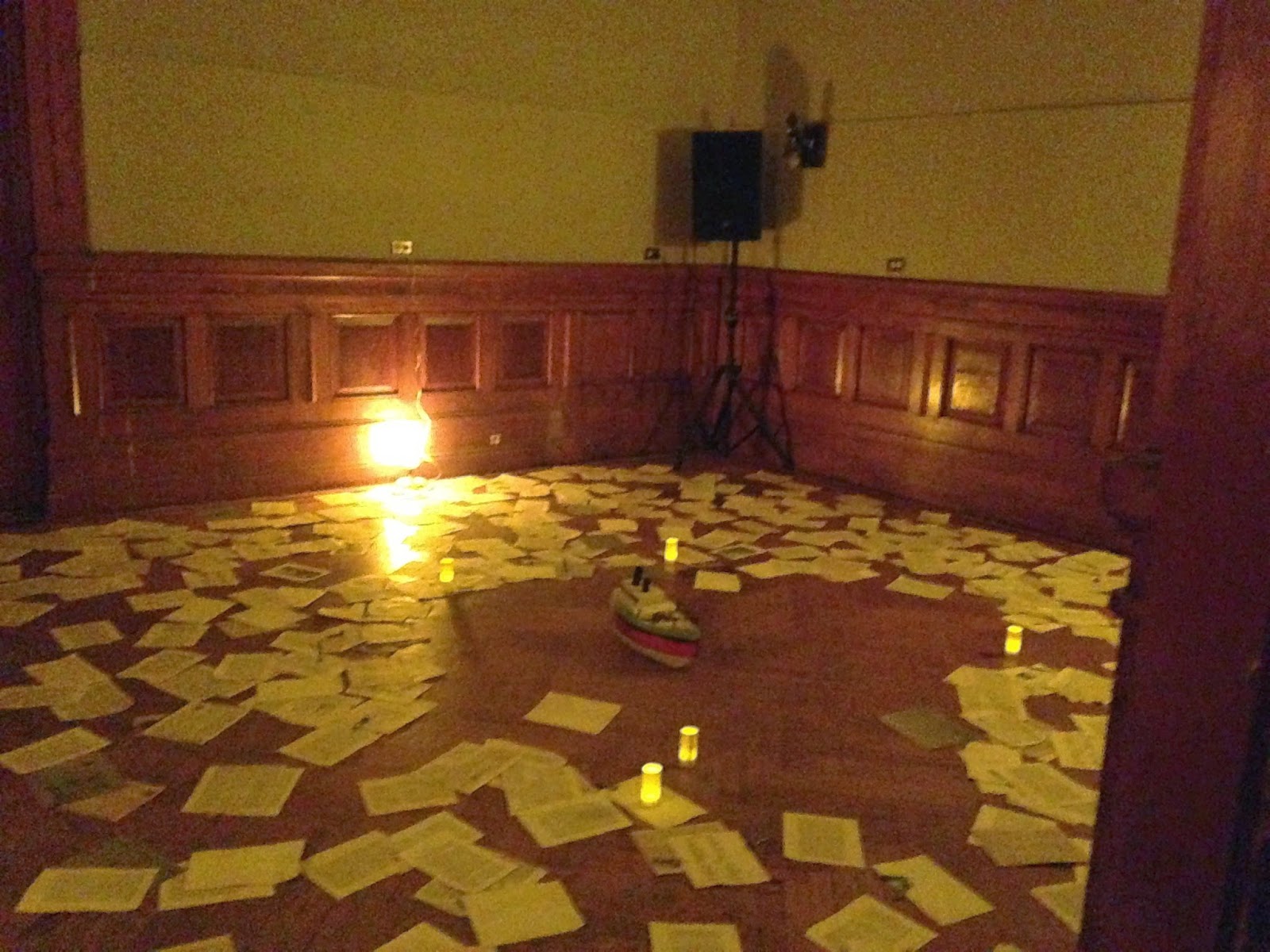 To balance out all of the culture of the weekend the kids had plenty of outdoor time as it was the first weekend without rain in a while.  Lots of soccer and baseball and softball. 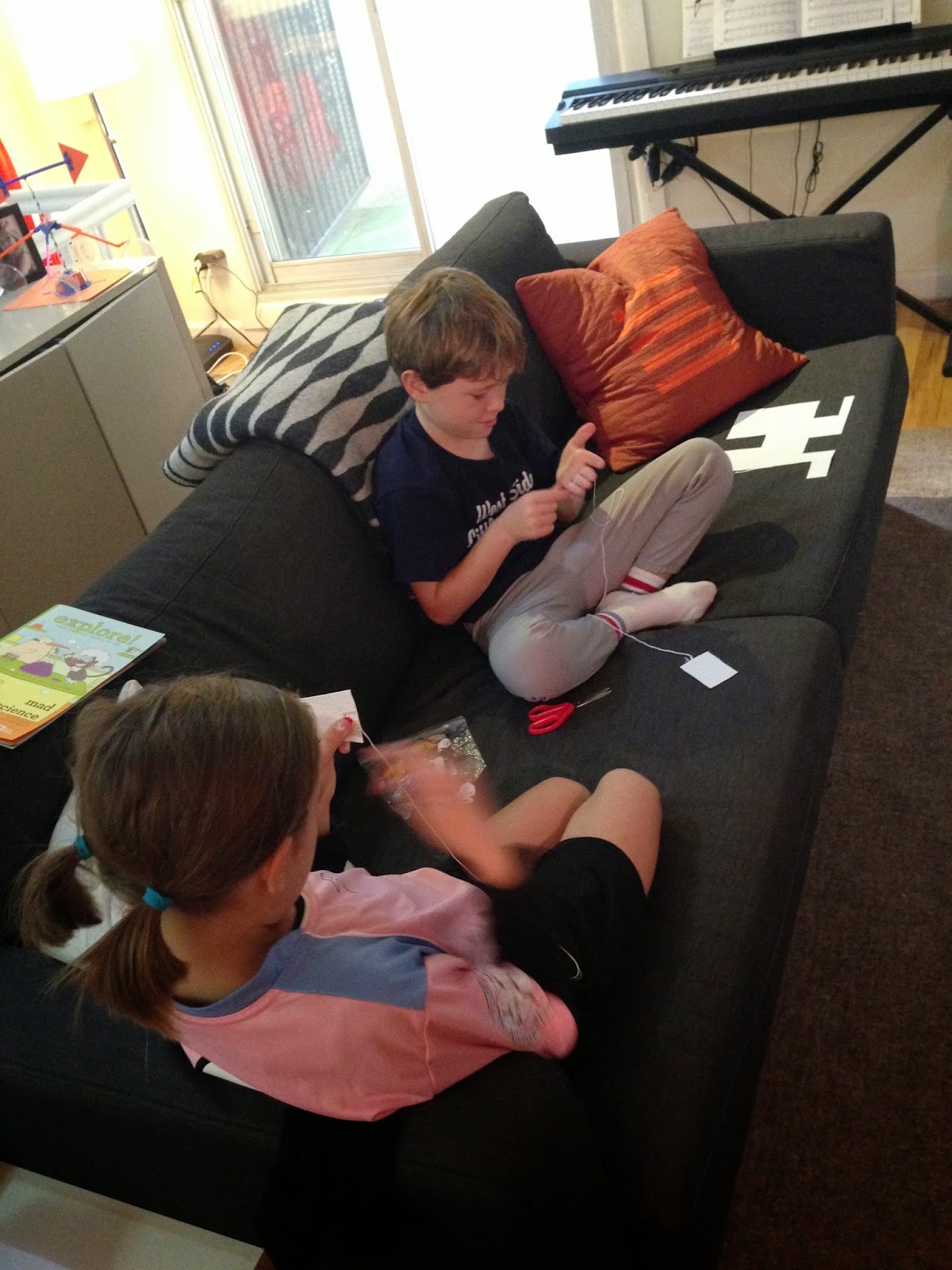 And of course cross-stitch.