I can barely lift my hands to type this blog post.  We've been all over town.  And I mean all over.  See for yourselves. 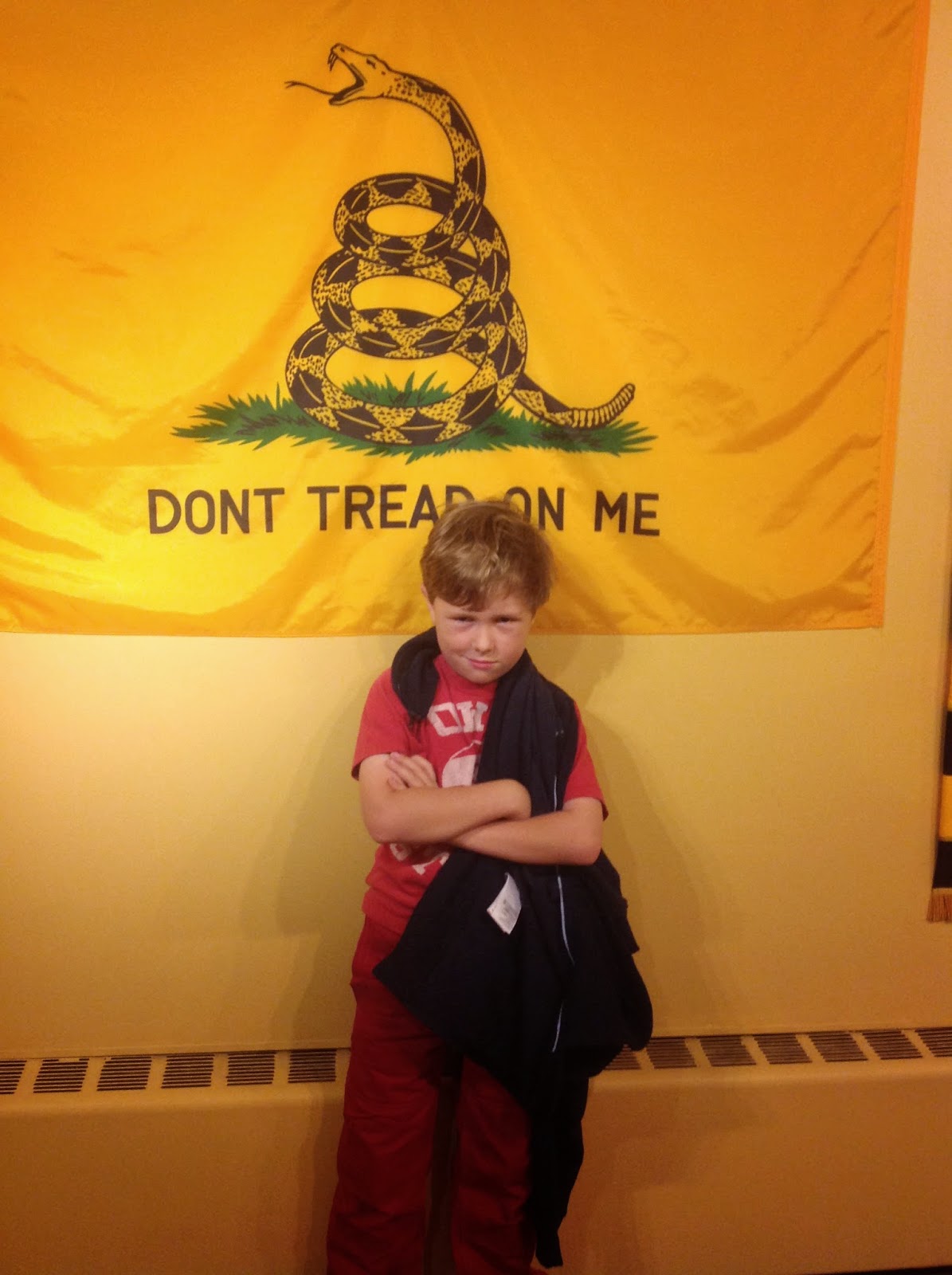 And then it was Miss Ella's 9th birthday... 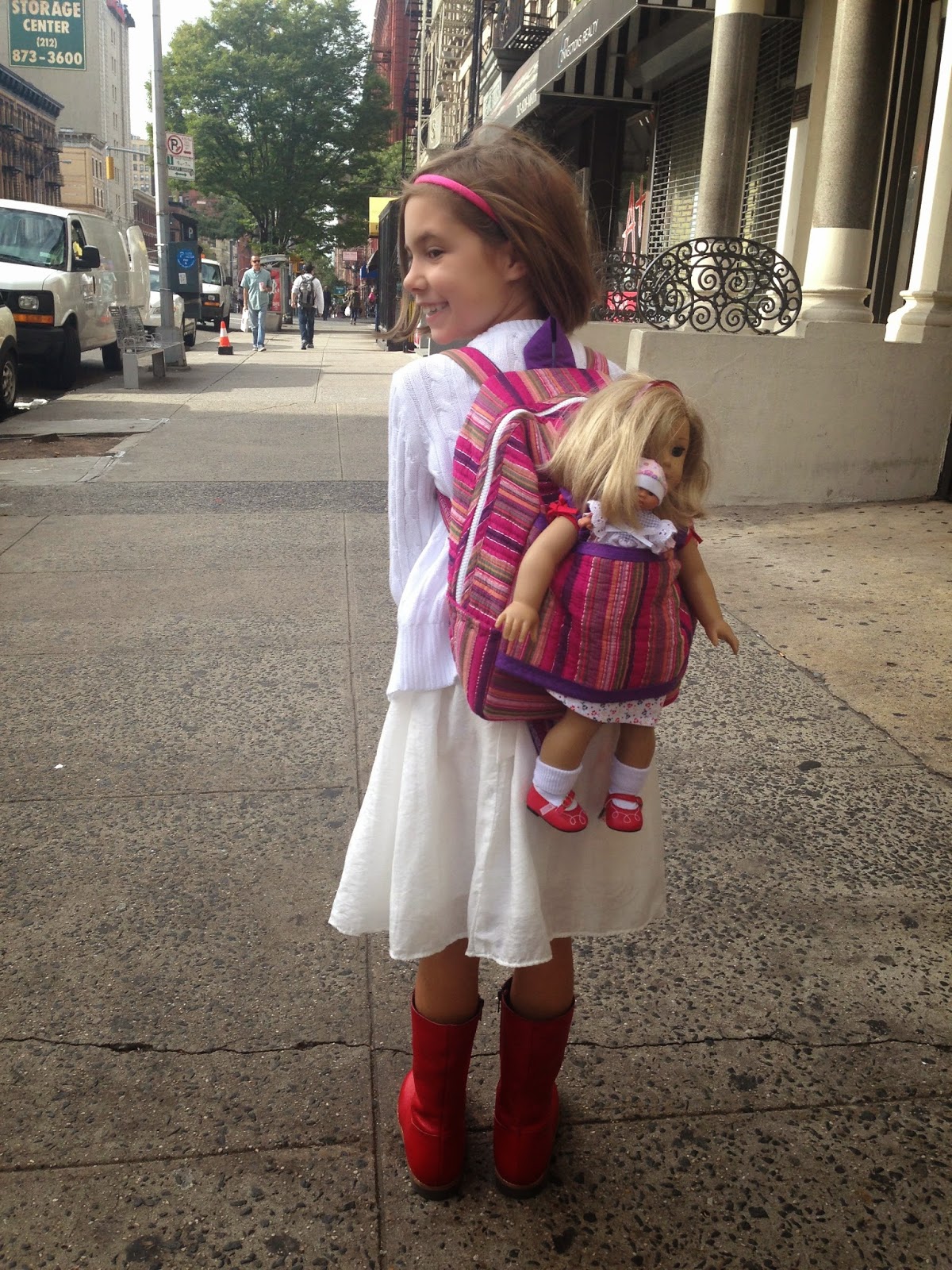 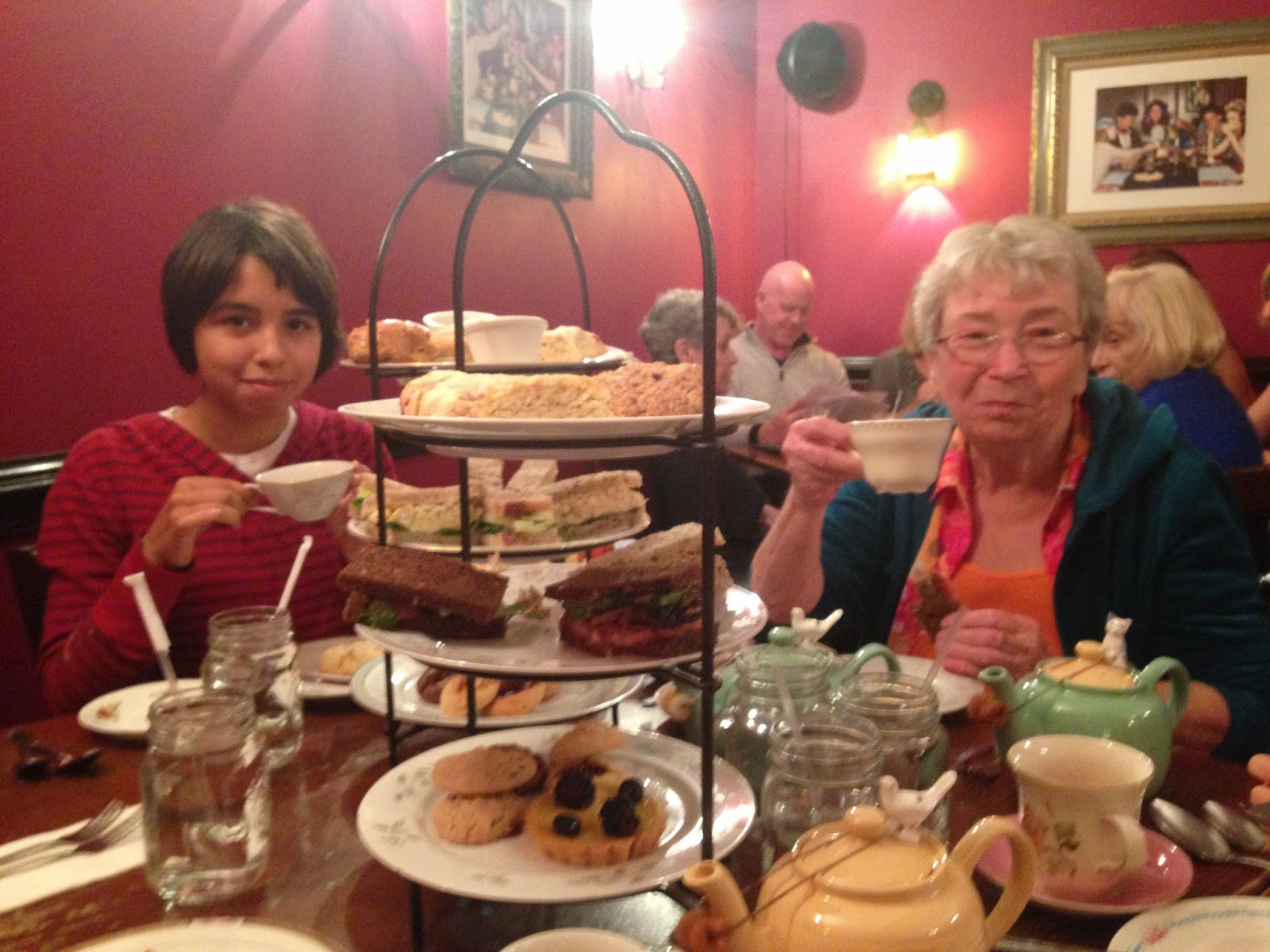 Wicked was incredible.  Kevin and I both went in with average expectations and came out blown away.  I highly recommend it the next time you're in New York.

In between the kids' regular classes this week (science, chorus, history, Spanish, cross-stitch) we managed to get Autumn to all the major museums on the island - Museum of Modern Art, The Metropolitan Museum of Art, The American Museum of Natural History (twice), The Guggenheim, and the New York Historical Society (twice).  We also got out on the water on a Staten Island Ferry to get a view of her highness, the Statue of Liberty, as well as the new World Trade Tower.  We toured the museum at Fraunces Tavern, the site of George Washington's emotional farewell to his troops at the end of the American Revolution.  We even got to see his teeth (not wood it turns out - made from animal and human teeth).

And somehow in between all of that I was able to get away for not one but TWO nights out with a girlfriend.  My awesome friend Alina treated me to Fall for Dance, a modern dance performance at the New York City Center as a birthday gift on Wednesday.  It was a great night of alternating beautiful dance performances and girl talk in between.  And then on Thursday I had gotten tickets to see a live taping of The Tonight Show with Jimmy Fallon for Kevin and me but at the last minute Kevin had an important work meeting come up.  He was heartbroken to miss the show but Alina pinch hit for him and sacrificed her previous plans to accompany me to the taping.  [In case you're wondering why I was so heartless and didn't take one of my visitors instead, I want to say in my defense that first of all you have to be 16 to see the show, and second, mom had no idea who the special guest was - Steve Carrell!! - and I know she doesn't stay up late enough to watch The Tonight Show.]  So, Alina and I had a blast watching the show live and we even got to high-five Jimmy!  No cameras were allowed in the theater under threat of torture, so this is the best we could do: 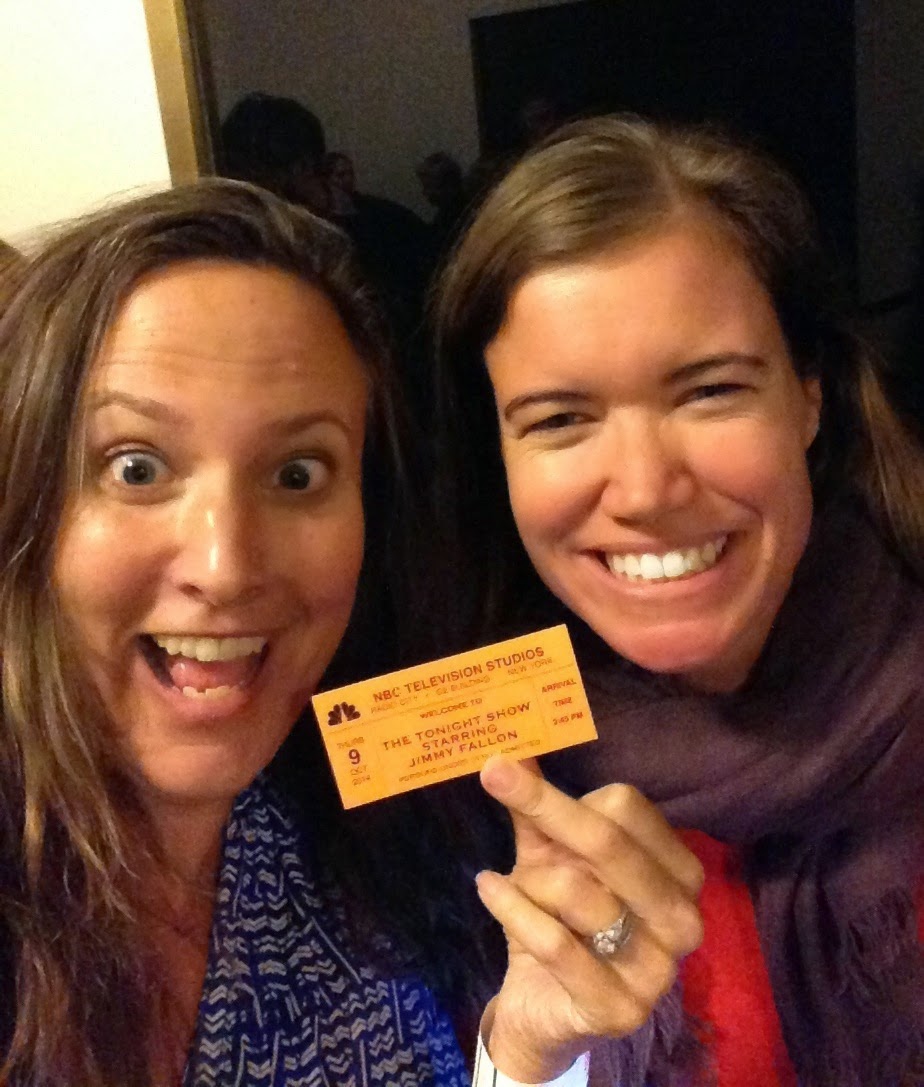 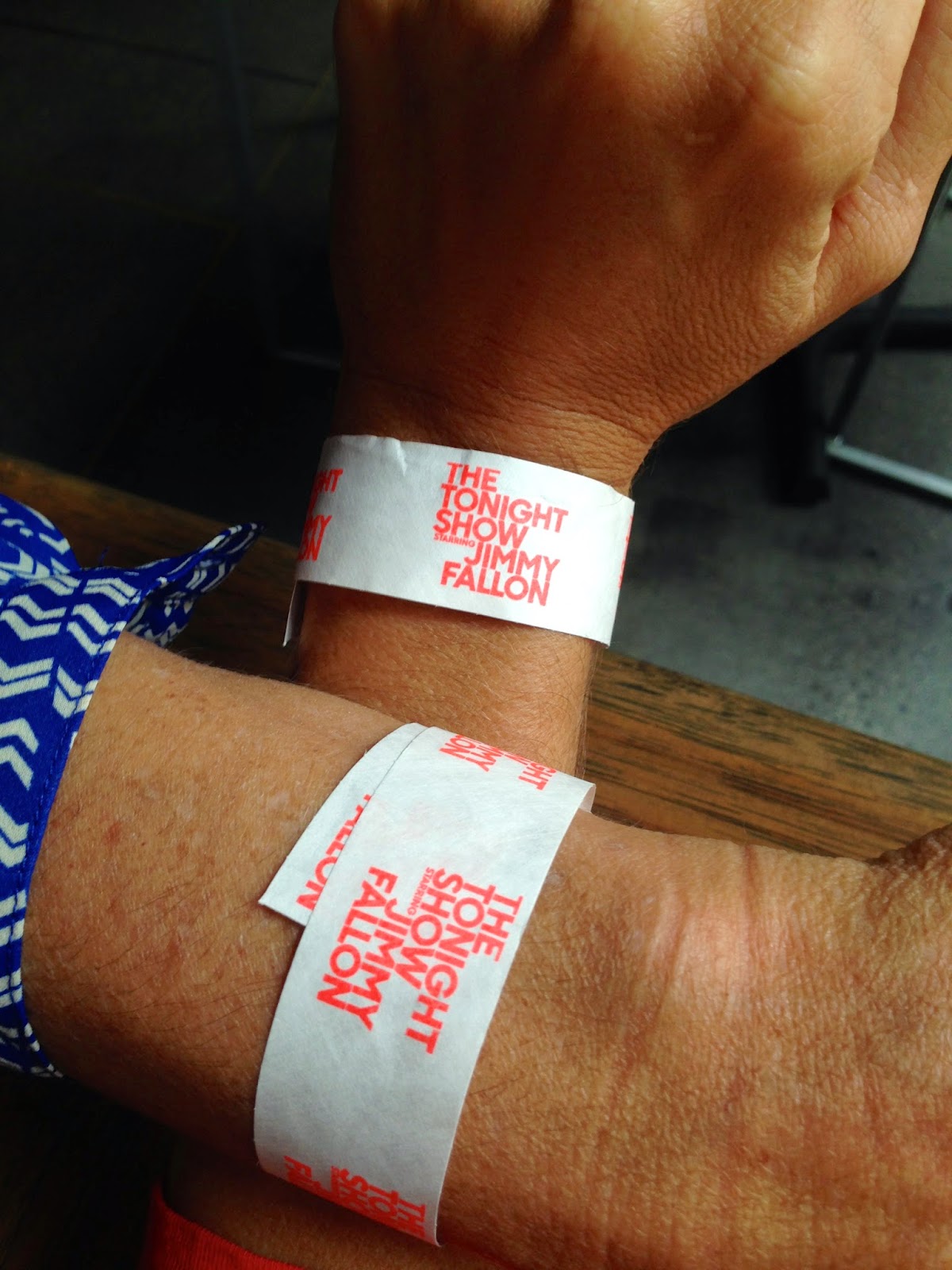 Since we still had free babysitting and hadn't taken advantage of it all week long, Kevin and I met up after The Tonight Show taping and after his stupid meeting for a fun, romantic dinner.  I don't think it made up for his missing the show but the martini(s) helped take the edge off.

It's been so fun having Autumn here and seeing New York City again through her eyes.  She's been such a sweet, appreciative, and thankful guest.  She's said several times that this has been the best week of her life.  I believe her.  I remember spending my first week in New York City for my twenty-first birthday.  It was absolutely the best week of my life up until then.  When you get bit by The Big Apple, you're never the same again. 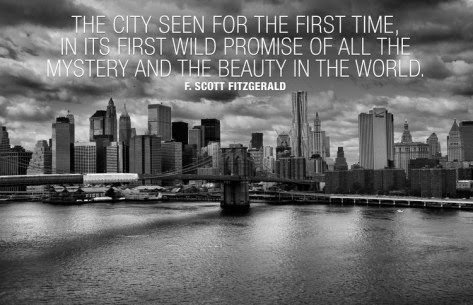