Well, it keeps getting easier.

I feel like we finally have a rhythm to our days and I'm feeling more and more confident each day.  Ella started chorus this week and met some more friends.  Holden and I hung around the waiting area instead of heading over to Starbucks which turned out to be a good thing.  I met several more homeschool moms and Holden made a buddy (another 7 year-old boy who also had no interest in chorus).  They played Lego, we chatted about classes and field trips.


And the kids returned to their other classes: cross-stitch, creative writing, Spanish, and science.  Even though the cross-stitch class isn't specifically for homeschoolers (it's at 3:30 in the afternoon), we met another homeschool family there as well - a really nice mom and her 8 year-old daughter who have been living overseas for the last several years for work and just returned to NYC.  Our community keeps growing. 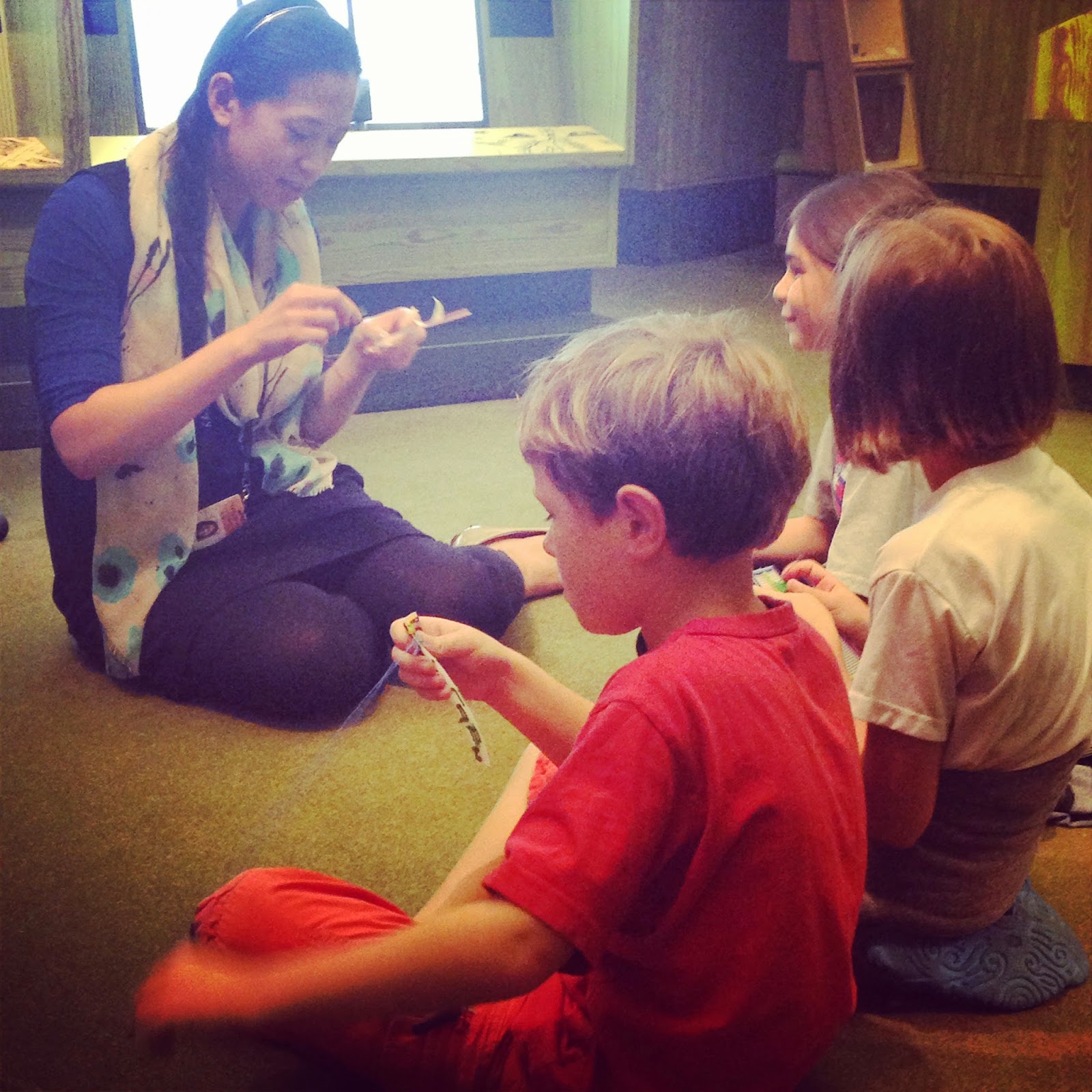 I even got to sneak away one night this week with girlfriends to see the opening night of a play written by a friend of a friend, Tail Spin.  It was an hysterical political sketch that felt like an hour and a half Saturday Night Live skit.  Probably because the lead actor was Rachel Dratch of SNL fame.

But the highlight of our week was definitely Friday.  We joined our second homeschool field trip group for a dress rehearsal of The Marriage of Figaro at The Metropolitan Opera in Lincoln Center. 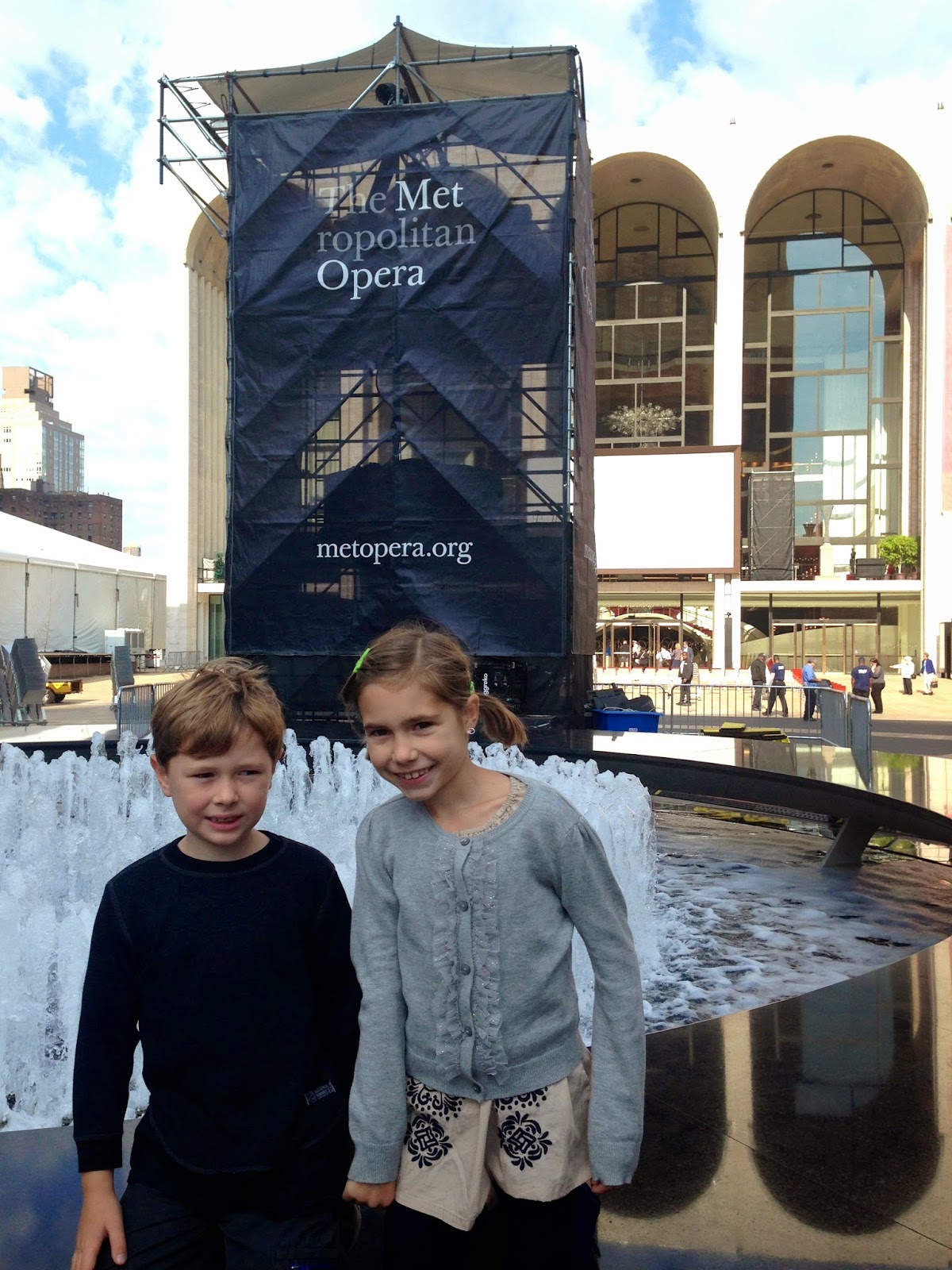 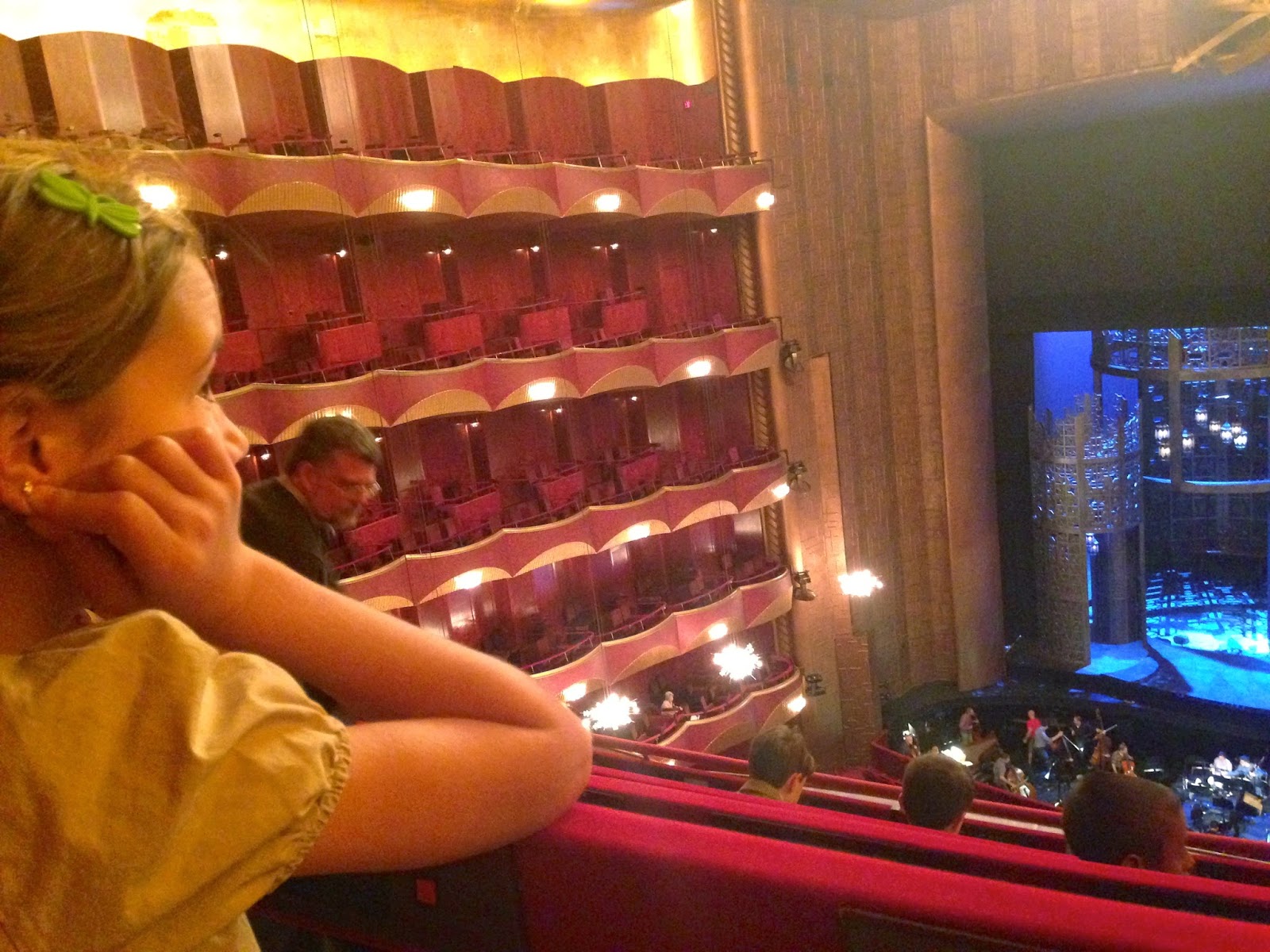 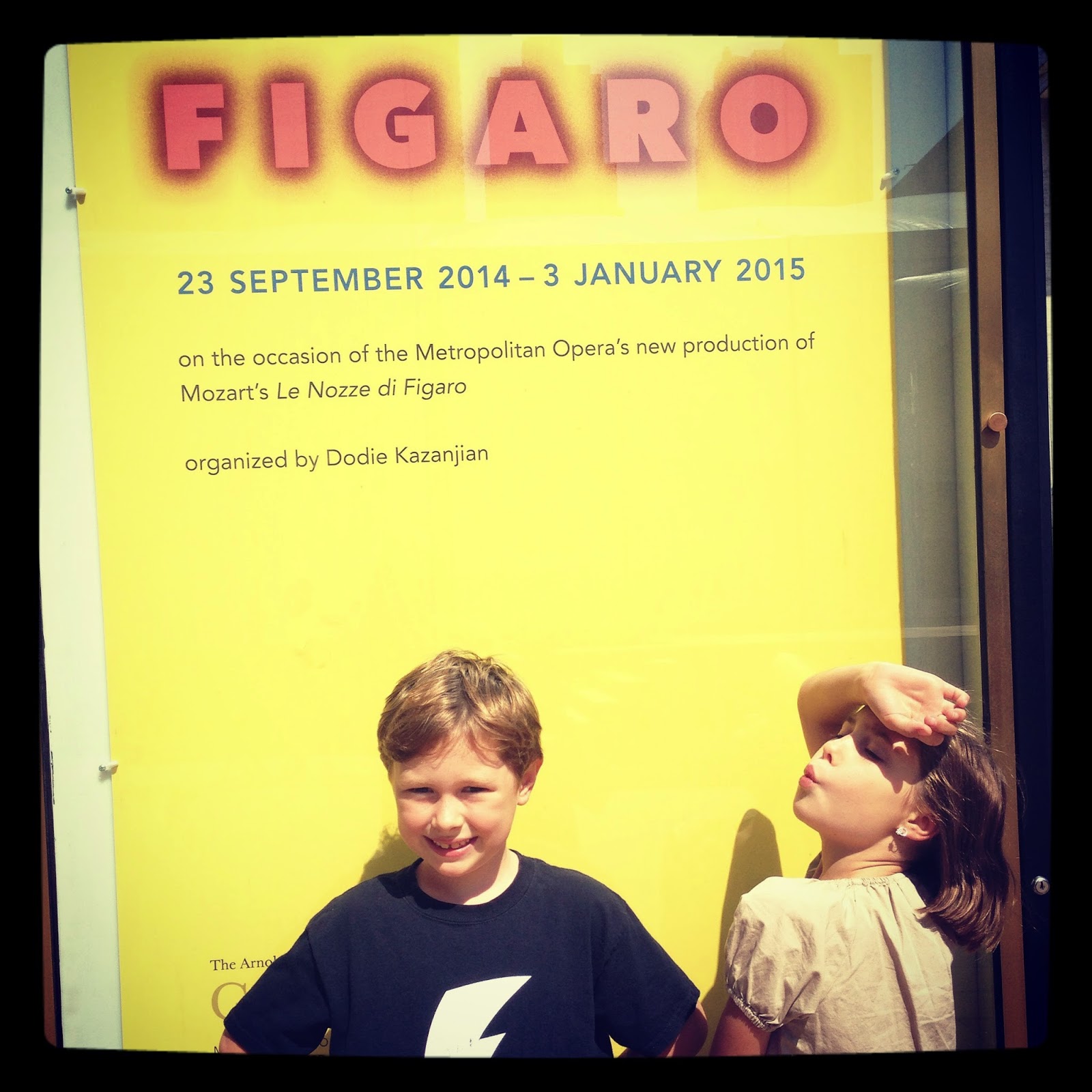 Not only did we meet even more really cool people there, we enjoyed four hours of a world class production.  Yes, the kids sat through four hours of opera and were on the edge of their seats the entire time - no joke.  They had heard opera singers live before at Opera in the Park in San Francisco but had never seen a real opera production.  We read the synopsis in the morning so that we knew what to expect (the opera is in Italian).  Plus, at The Metropolitan Opera there are tiny little screens on the seat in front of you with subtitles.  The set and costumes were stunning.  I only wish Kevin could have joined us.  We didn't really get much schoolwork done that day but I'd say it was a pretty educational day nonetheless. As we sat eating lunch outside during intermission, a kind older man said, "I think it's wonderful that you're keeping the kids out of school today to see an opera!"  Little did he know that the city is our school and that we were just where we were supposed to be.

The kids have started a new project that you might be interested in, being a blog-reader and all.  Or perhaps you have young children and see a trip to New York City in your future.  They have decided to write about all of the fun things they do and fun places they go in New York City.  Check out their first blog post at NYC with Ella & Holden.

We are in that sweet spot during the year on the East Coast where we no longer use our air conditioners but the landlord hasn't needed to fire up the furnace yet.  The leaves are just starting to turn golden.  Our weekend was filled with friends and sports and just about nothing else.  I'd say that's a pretty good weekend. 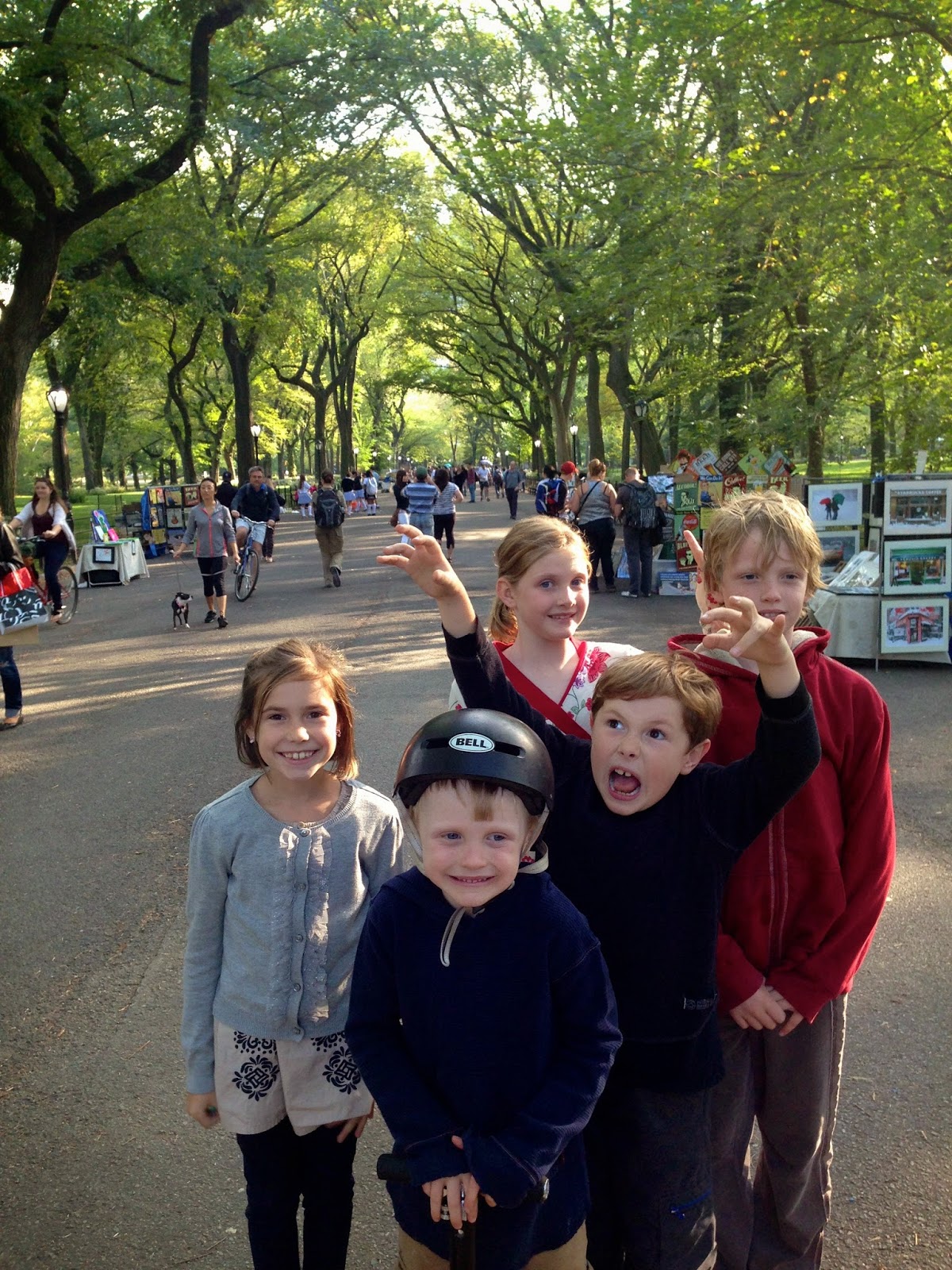 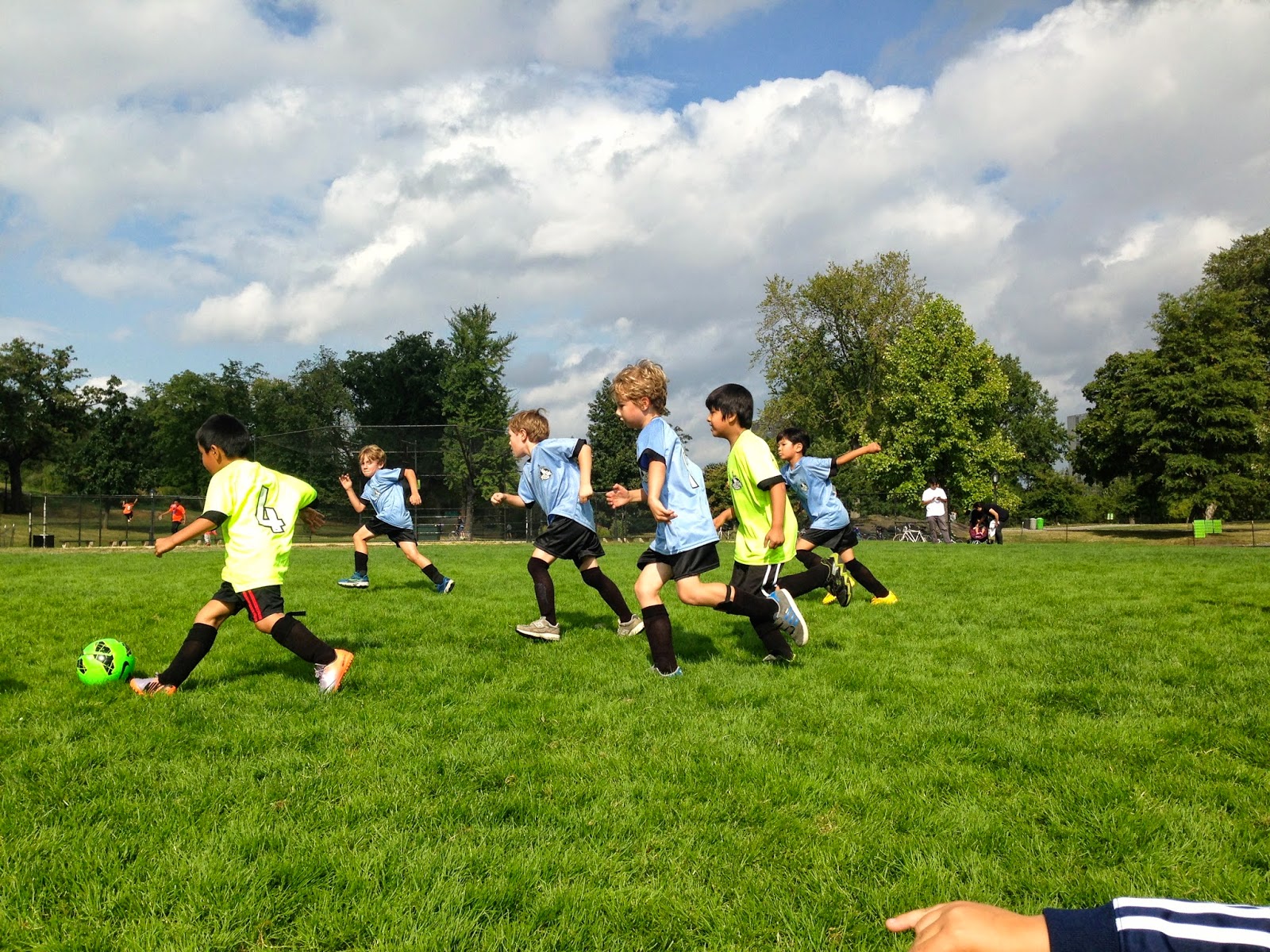 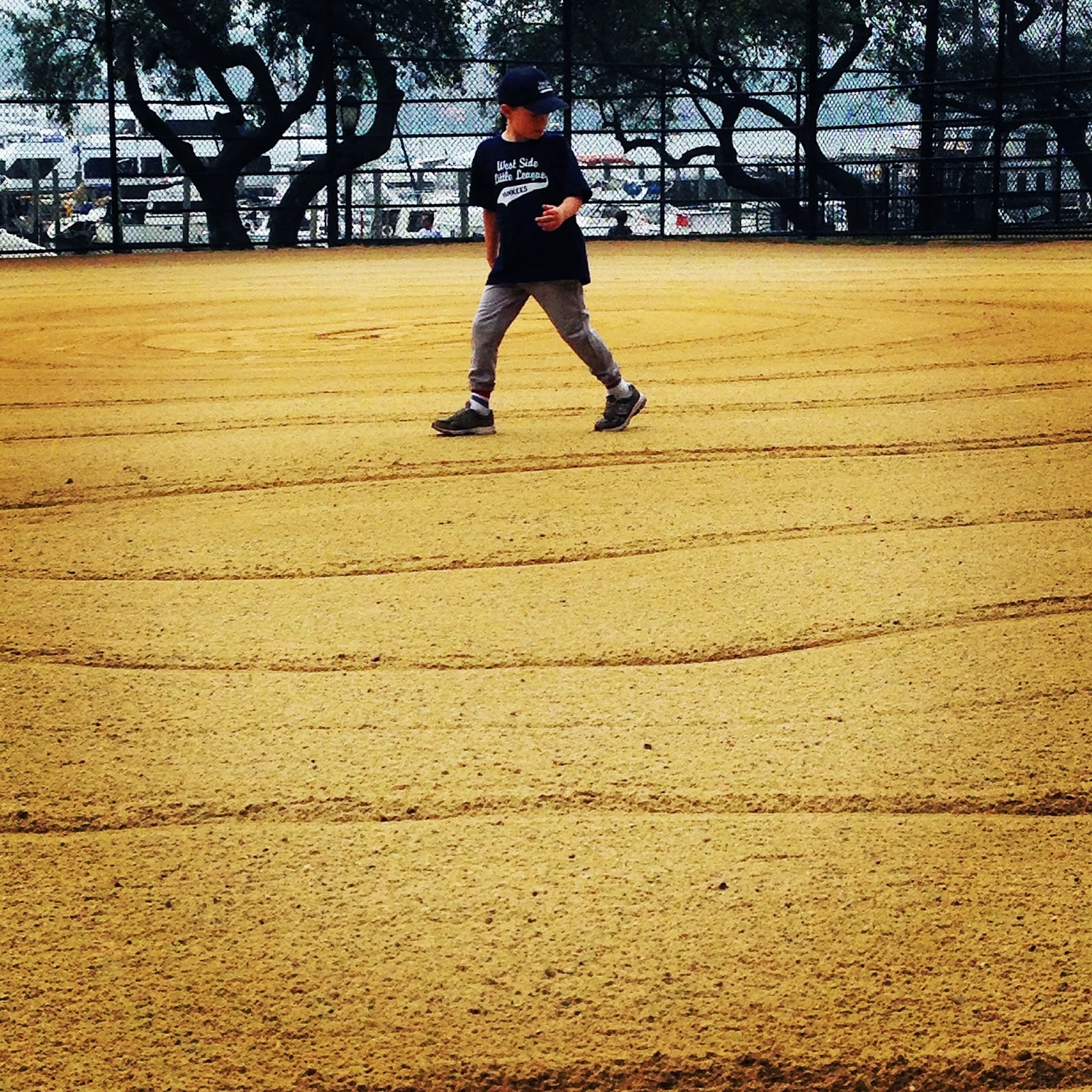