It was such a beautiful weekend, temps in the 80s, that even if our internet wasn't down all day yesterday I'm not sure I would have gotten a blog post up.  We spent as much time outdoors as possible, knowing that this was probably our last hurrah before the weather starts to cool off considerably.  That being said, I really do love living in a place with real seasons.  It's fun to switch out the wardrobe, plan different activities according to the weather, feel the passing of time.

School is taking over our tiny apartment, which is probably smaller than most U.S. classrooms. 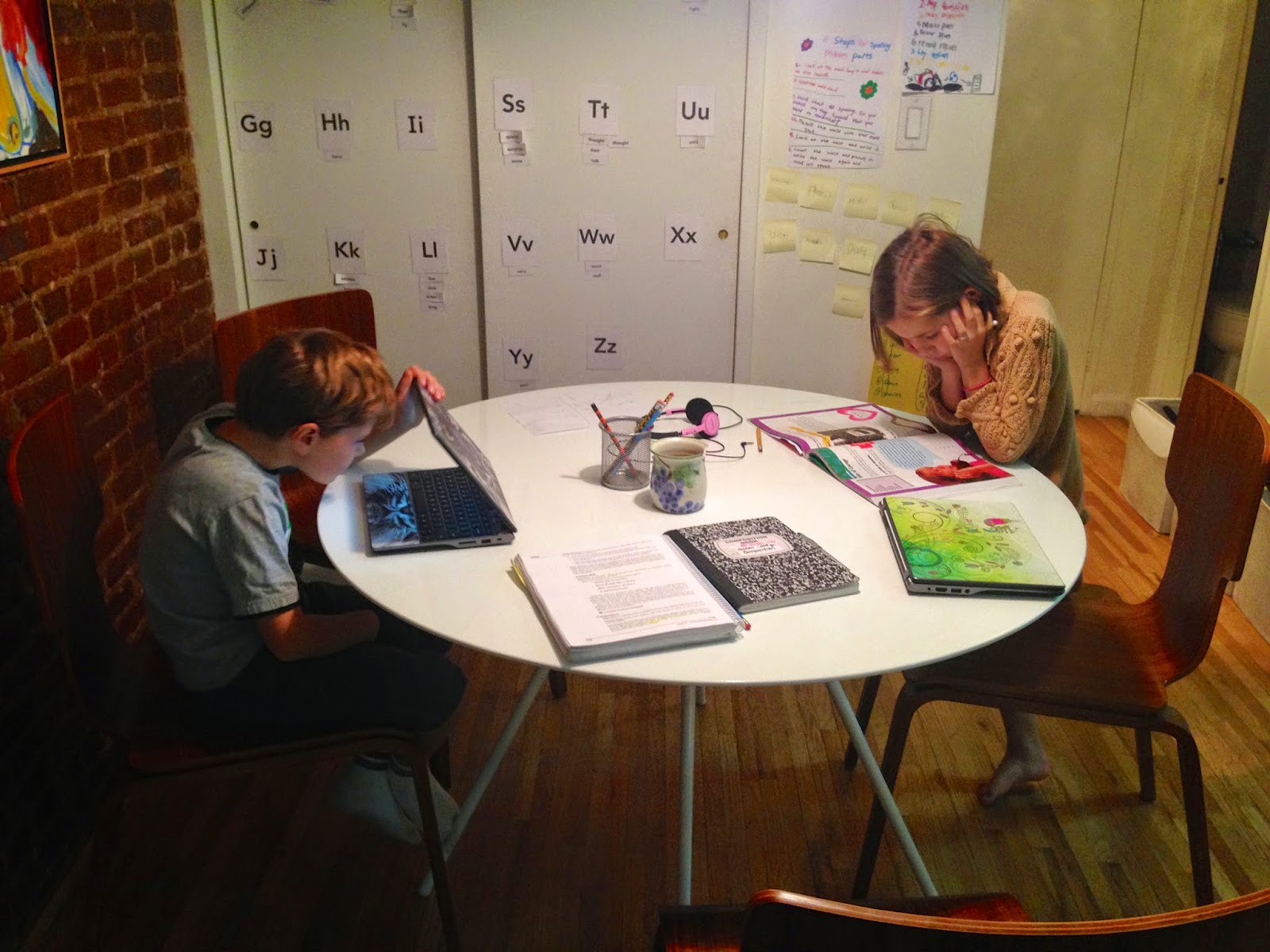 We also had a nice breakthrough with school this week.  We try to keep math to the first 45 minutes to an hour each morning.  On Wednesday, Ella really struggled with a new math concept.  We ended up spending a very frustrating 3 hours on math.  As lunch was nearing and Ella was getting really discouraged I realized and then reminded her that this is exactly why we're homeschooling: so that we can spend as long as they need to learn a concept.  We don't need to stop just because the bell rings or because everyone else in the class understands.  I also consulted a fellow mom that afternoon at the playground and got some great advice from her.  Ella is very visual and just memorizing math facts such as multiplication tables isn't going to work for her.  She needs something much more concrete first.  So these Cuisenaire Rods were recommended to me.  Any idea what to do with them? 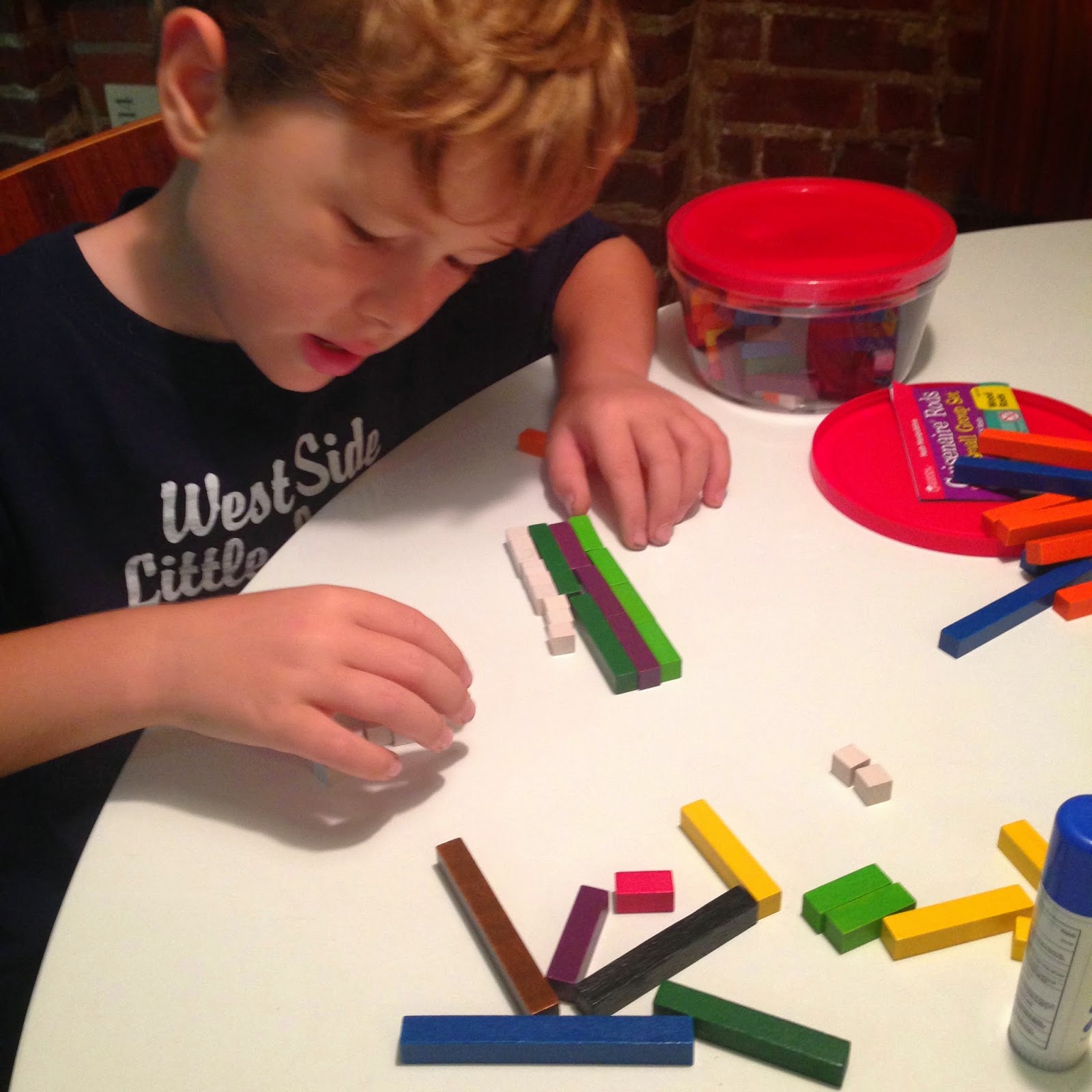 Friday was the first time I've been alone, completely alone, for three straight hours since Costa Rica.  The kids started their new hour-and-a-half history class at the New York Historical Society and I had the brilliant idea to schedule their Spanish tutor for the preceding hour and a half.  She drops them off at the museum at the end of her lesson so that I can have a straight three-hour stretch to get stuff done recover.  I was good this week and ignored my to-do list and just spent a beautiful afternoon walking through Central Park and making my way to The Frick Museum. 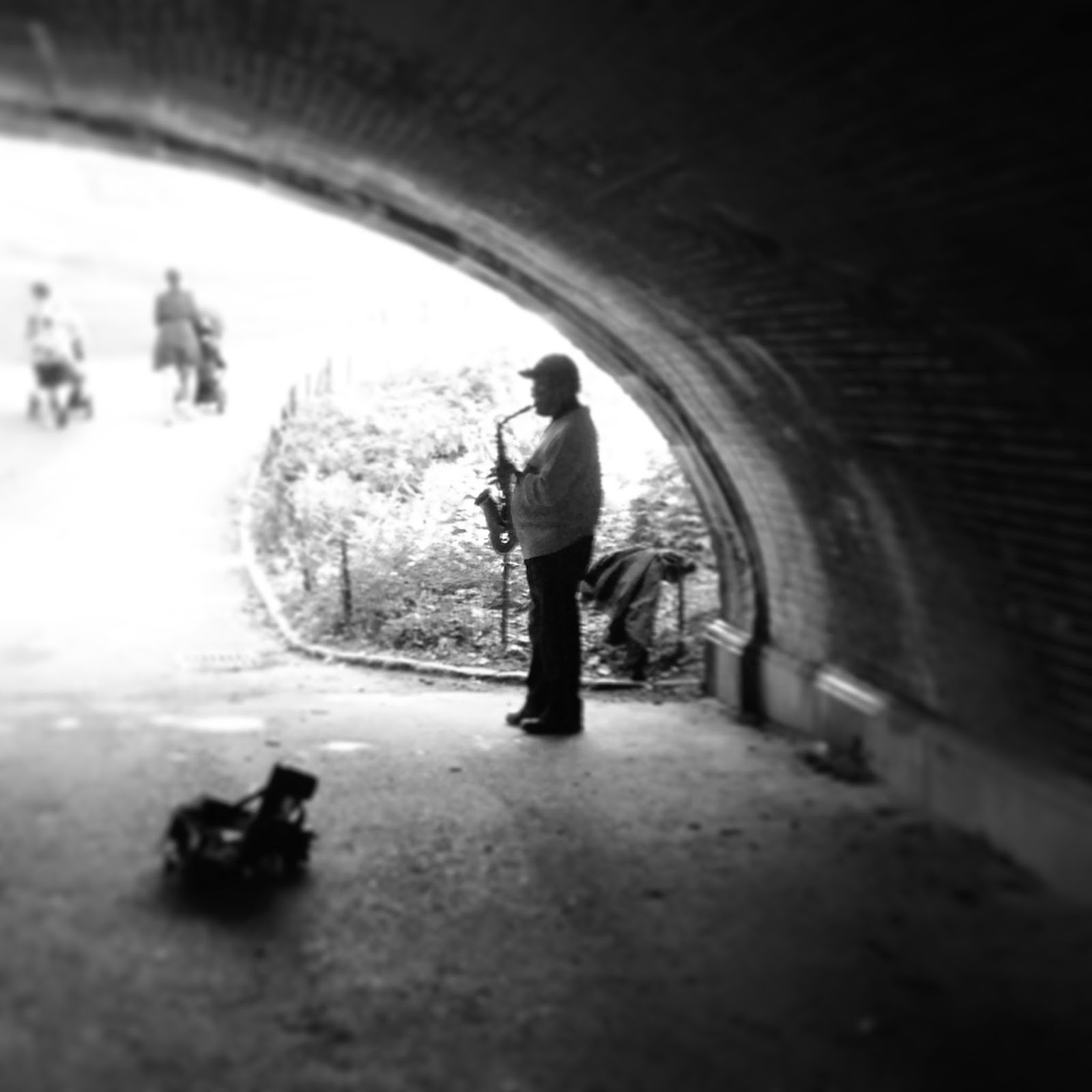 You may remember that The Frick Museum is the one that we tried to visit a few months back but that doesn't allow children under 10 years-old.  I was a little put off by that at the time.  It's not like The Met or the MoMA don't have invaluable pieces of art and kids are running all around the place.  Well, now I understand why The Frick is so stingy.  It's a museum housed in the home of Henry Clay Frick, an industrialist at the turn of the century and there are priceless works of art and furniture and vases all about.  You really feel like you're wandering through someone's home.  I would have been pretty nervous to have Holden there.  It's absolutely gorgeous and I was able to join a brief docent tour and then enjoy an hour with the audio tour (not enough time).  Also, since no kids are allowed, it's a very quiet and peaceful way to spend your afternoon.

I returned to pick up the kids at the museum after their class feeling very refreshed and ready to tackle another week of homeschooling. 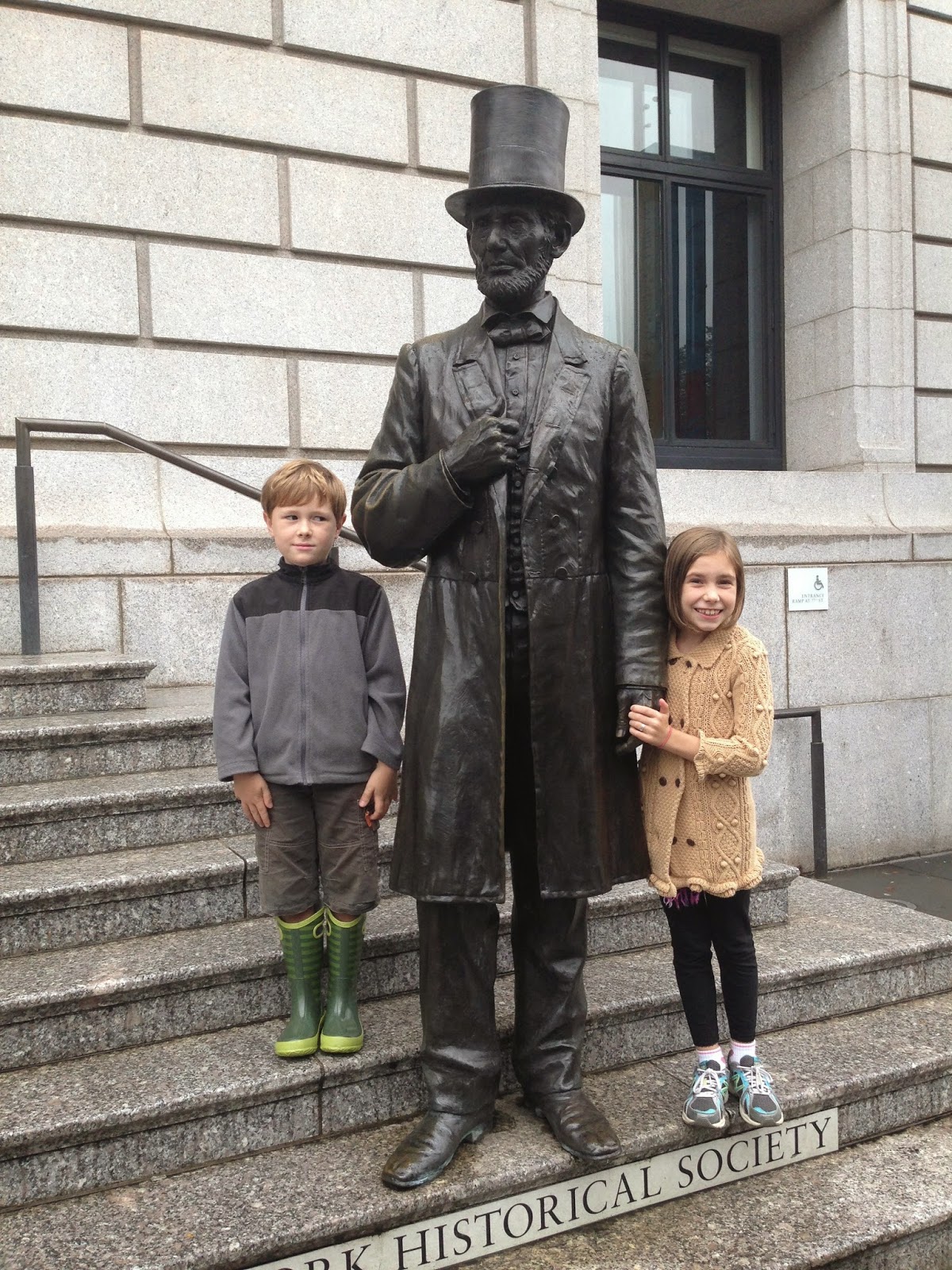 That evening we met Kevin after work across the East River in Brooklyn.  This weekend was their annual DUMBO Arts Festival (DUMBO is a neighborhood named for the acronym for Down Under the Manhattan Bridge Overpass).  It was a warm and beautiful night on the waterfront and we wandered around seeing some cool art installations and visiting some funky art galleries. 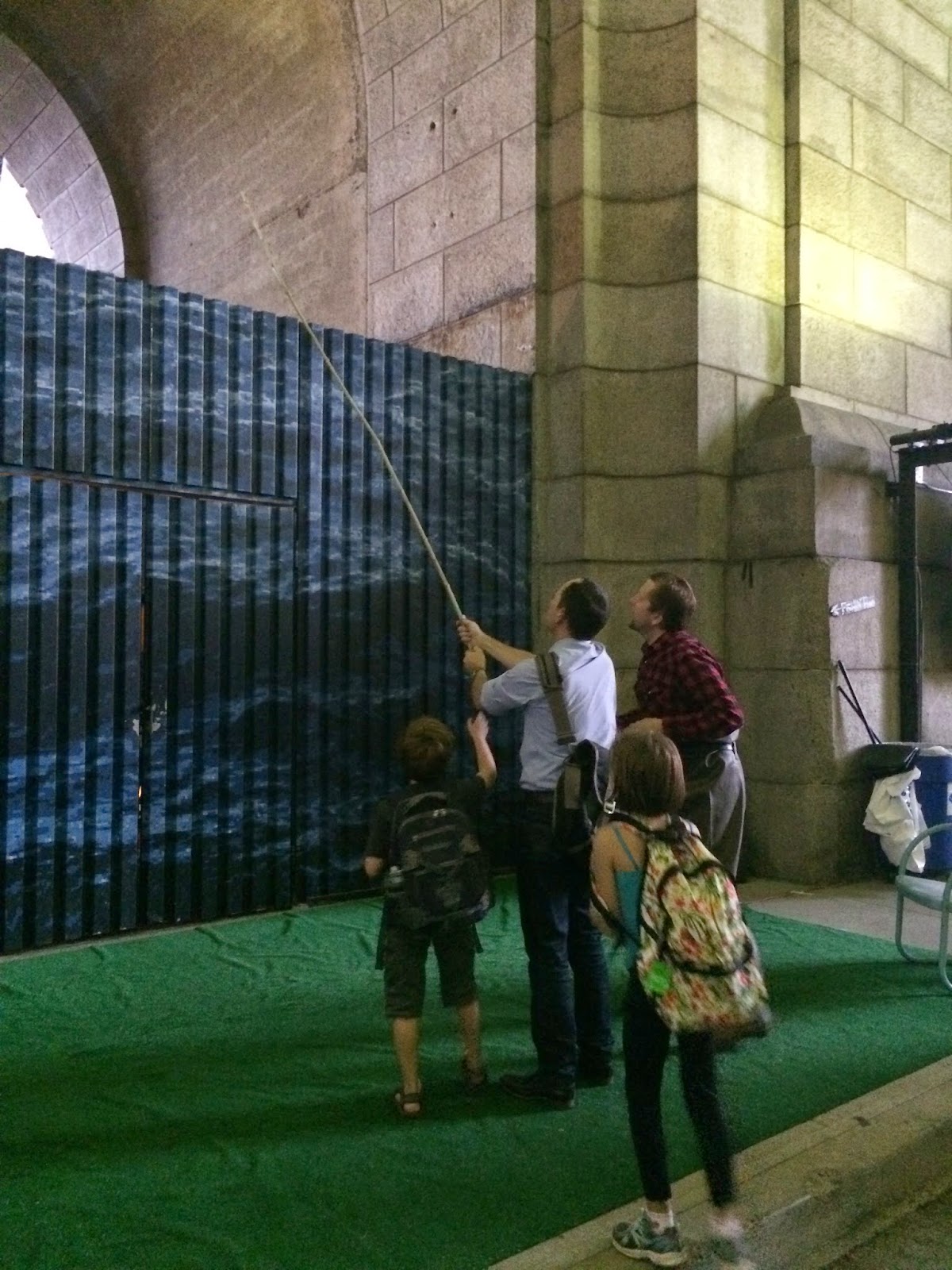 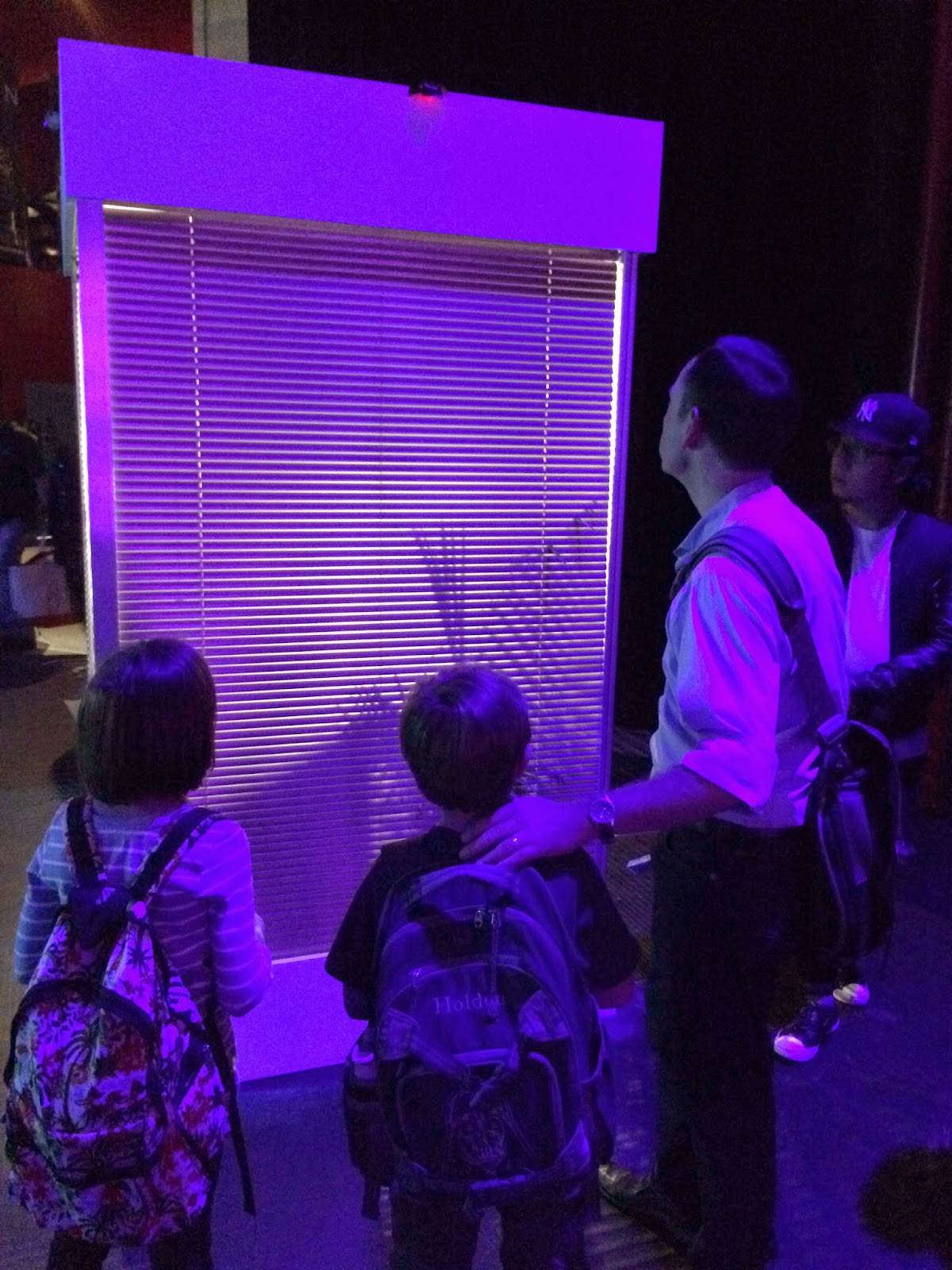 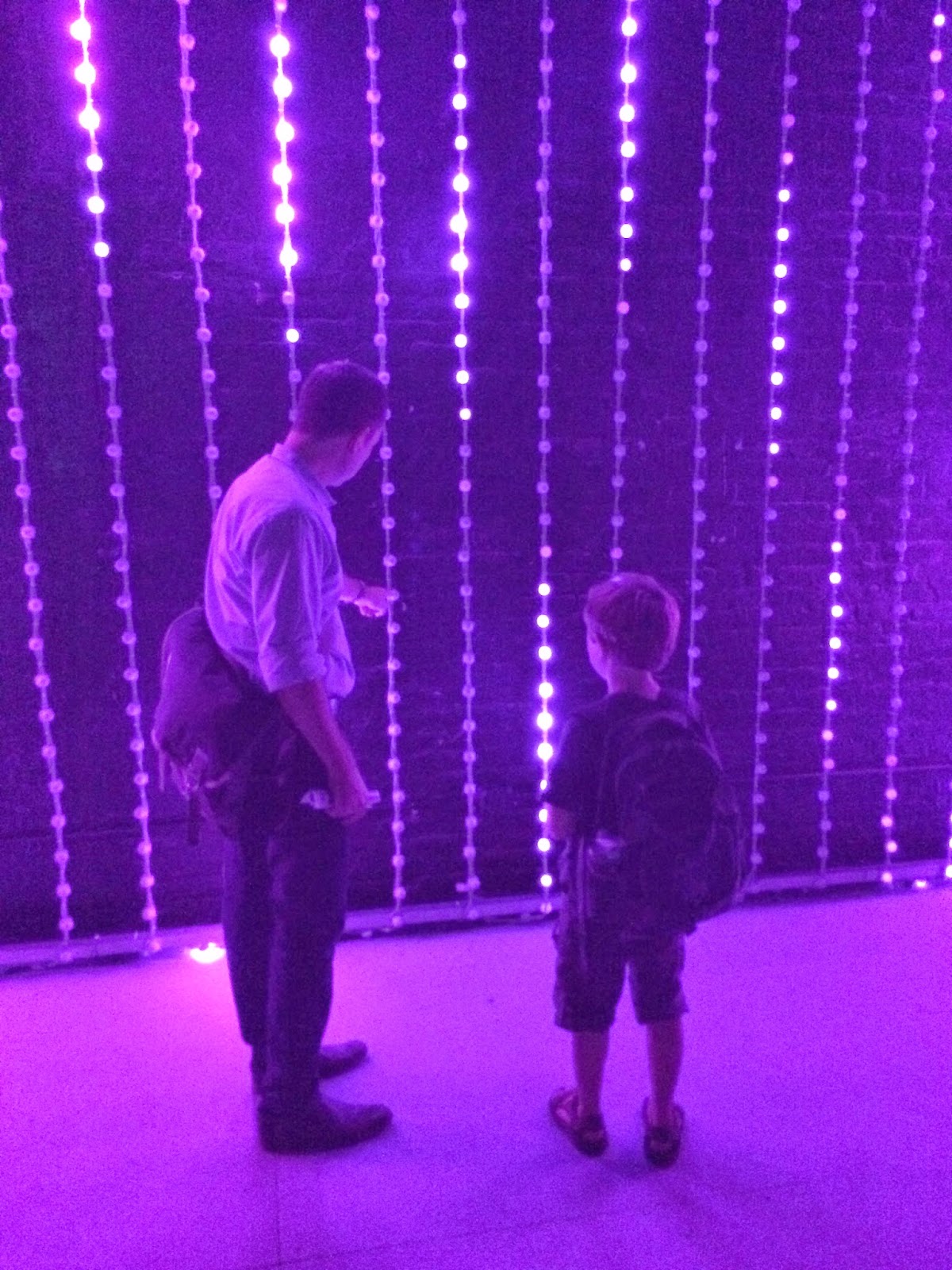 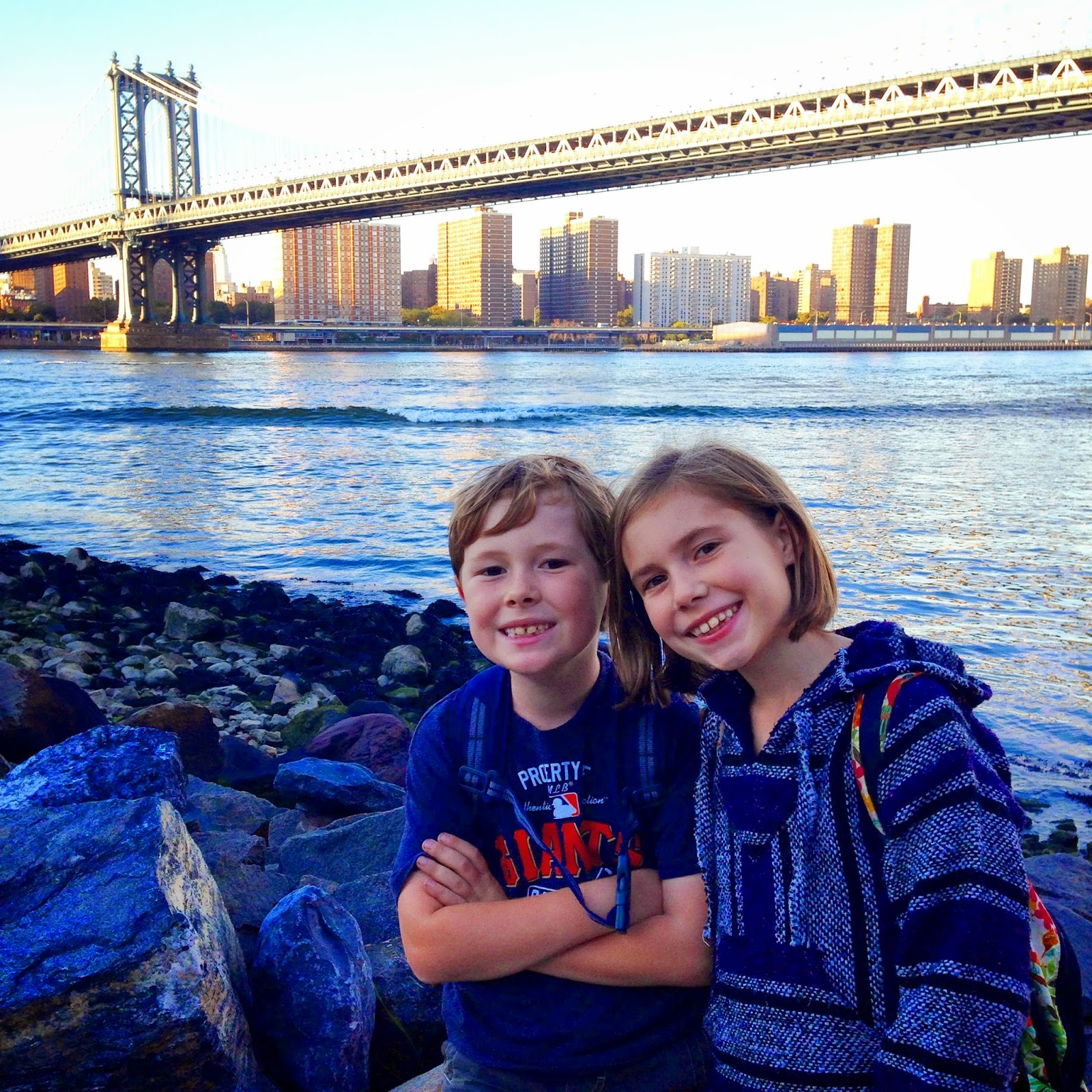 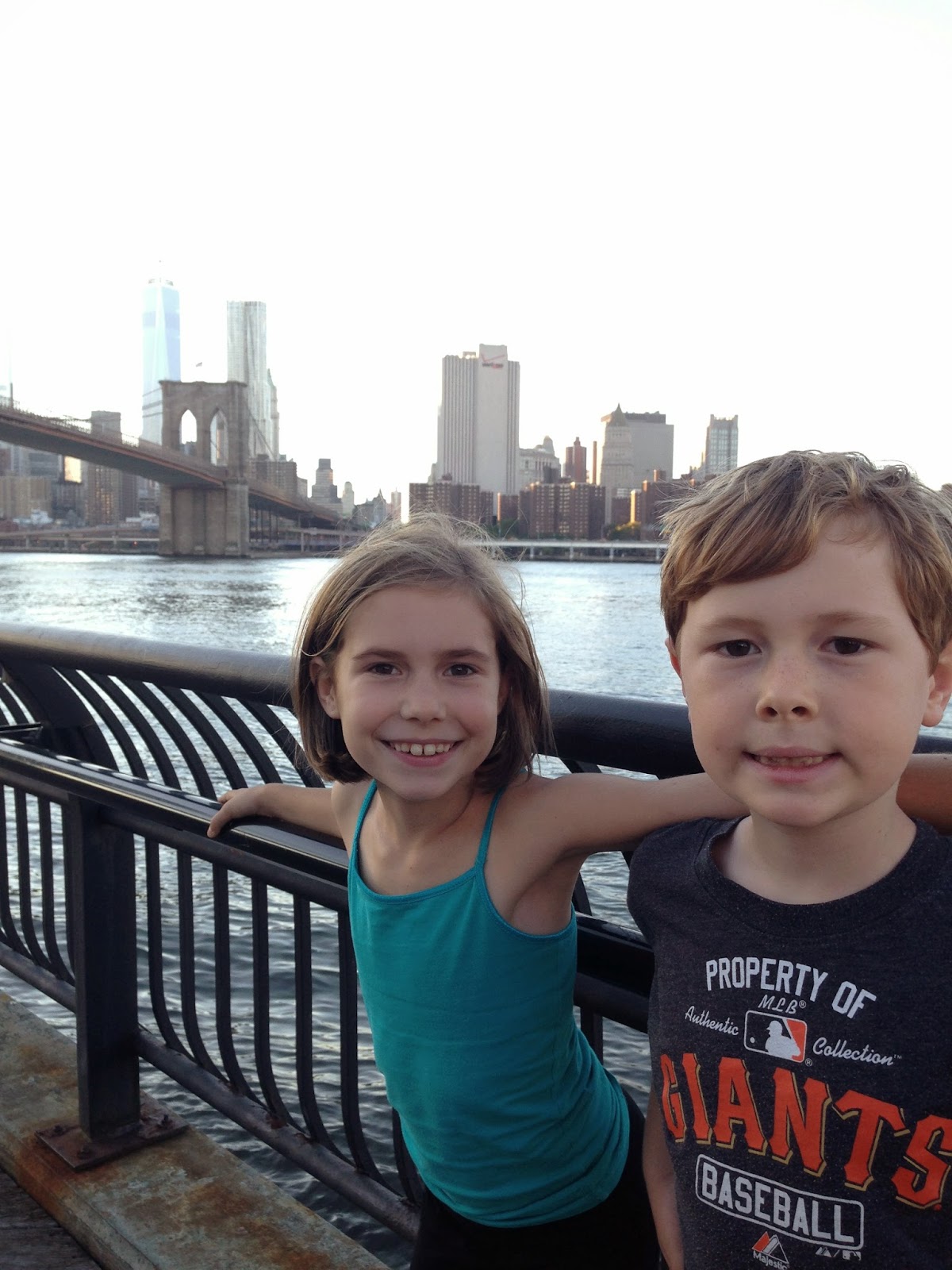 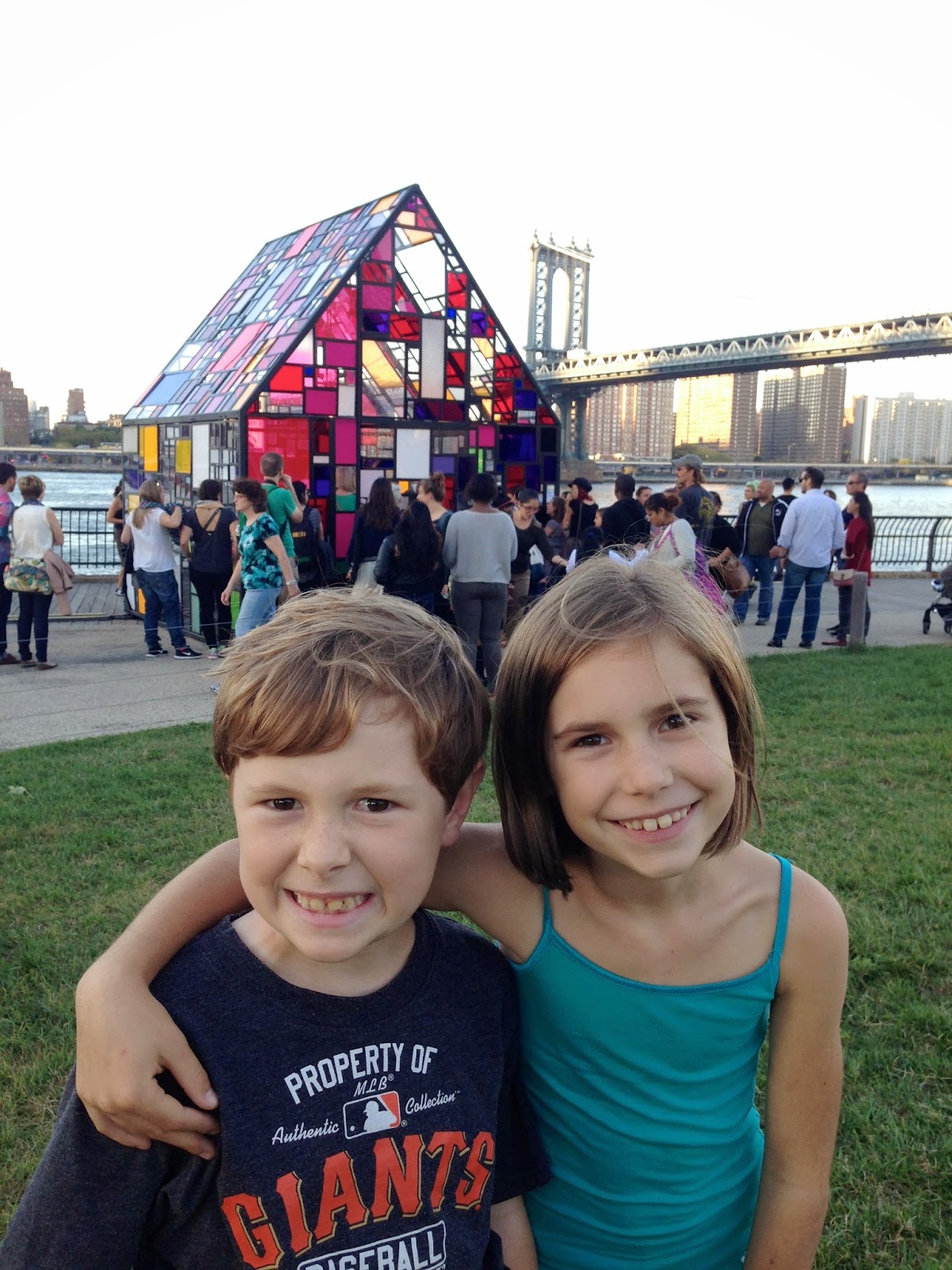 We were craving some nature on Saturday so we literally crossed the street from our apartment and transported ourselves into the wilds of Central Park.  I know I've said it before but Central Park is my very favorite part of New York City.  It's what makes this city liveable.  We hiked around for a couple hours and explored new areas of the park before the sports games started for the kids. 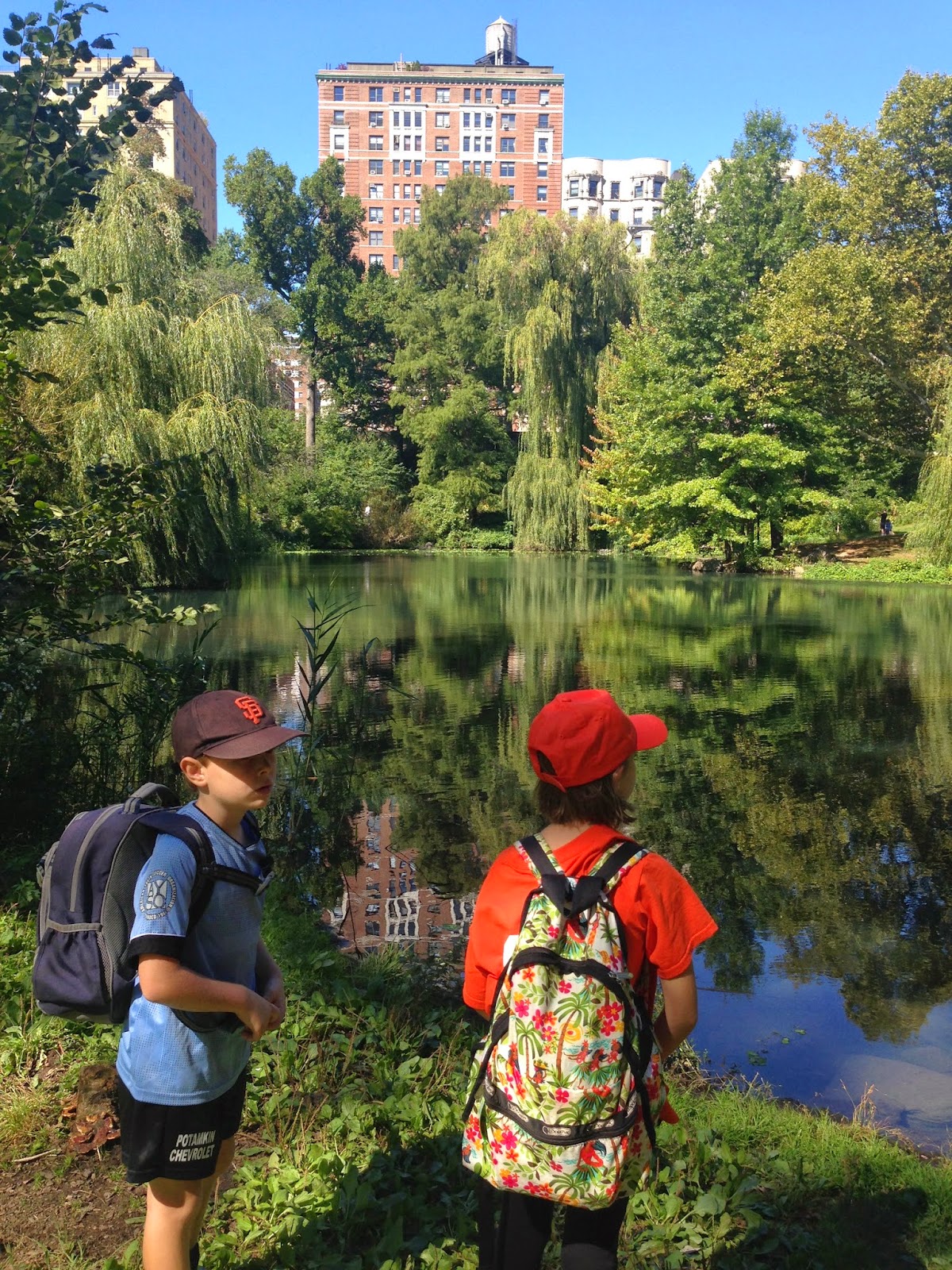 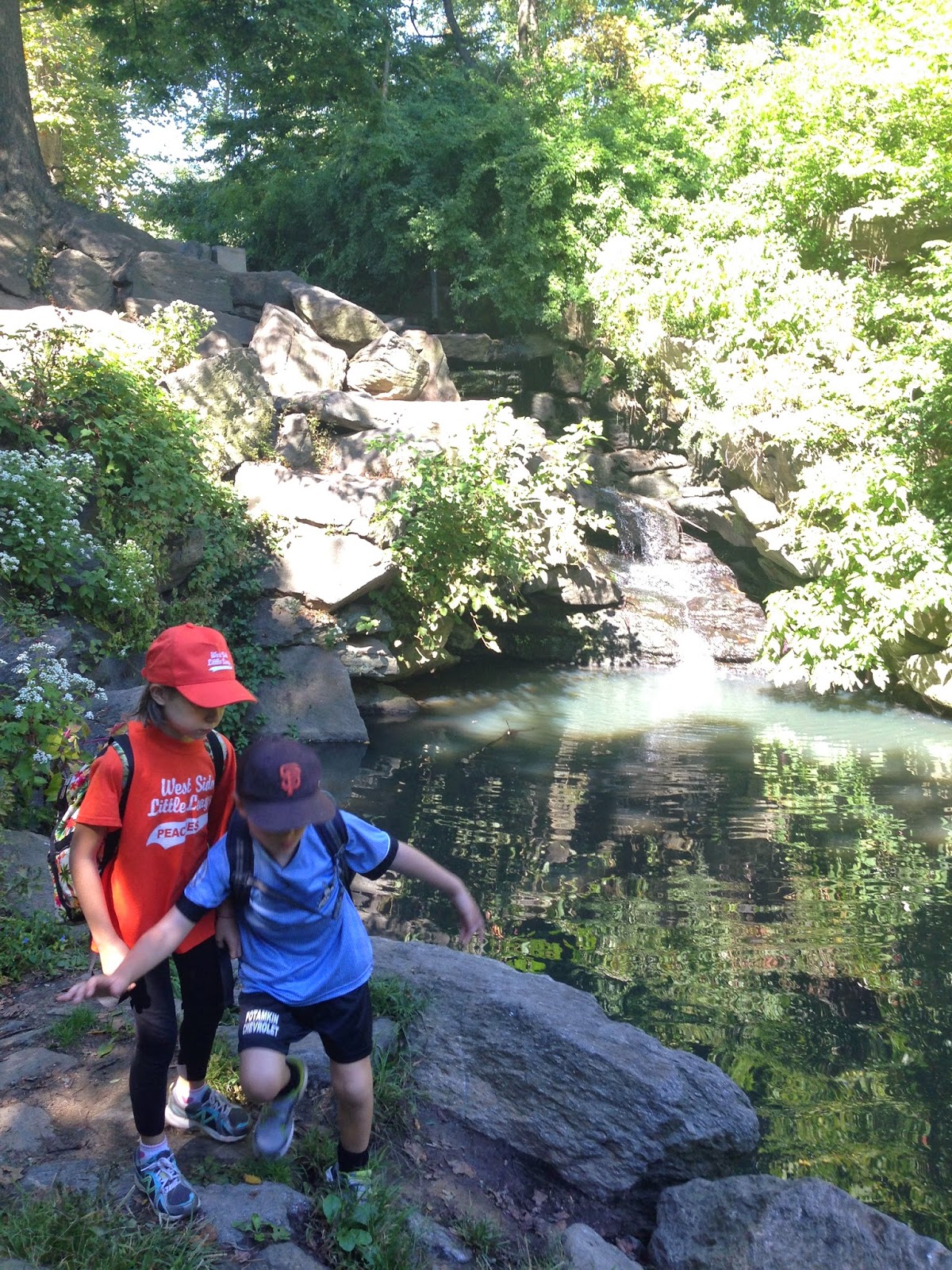 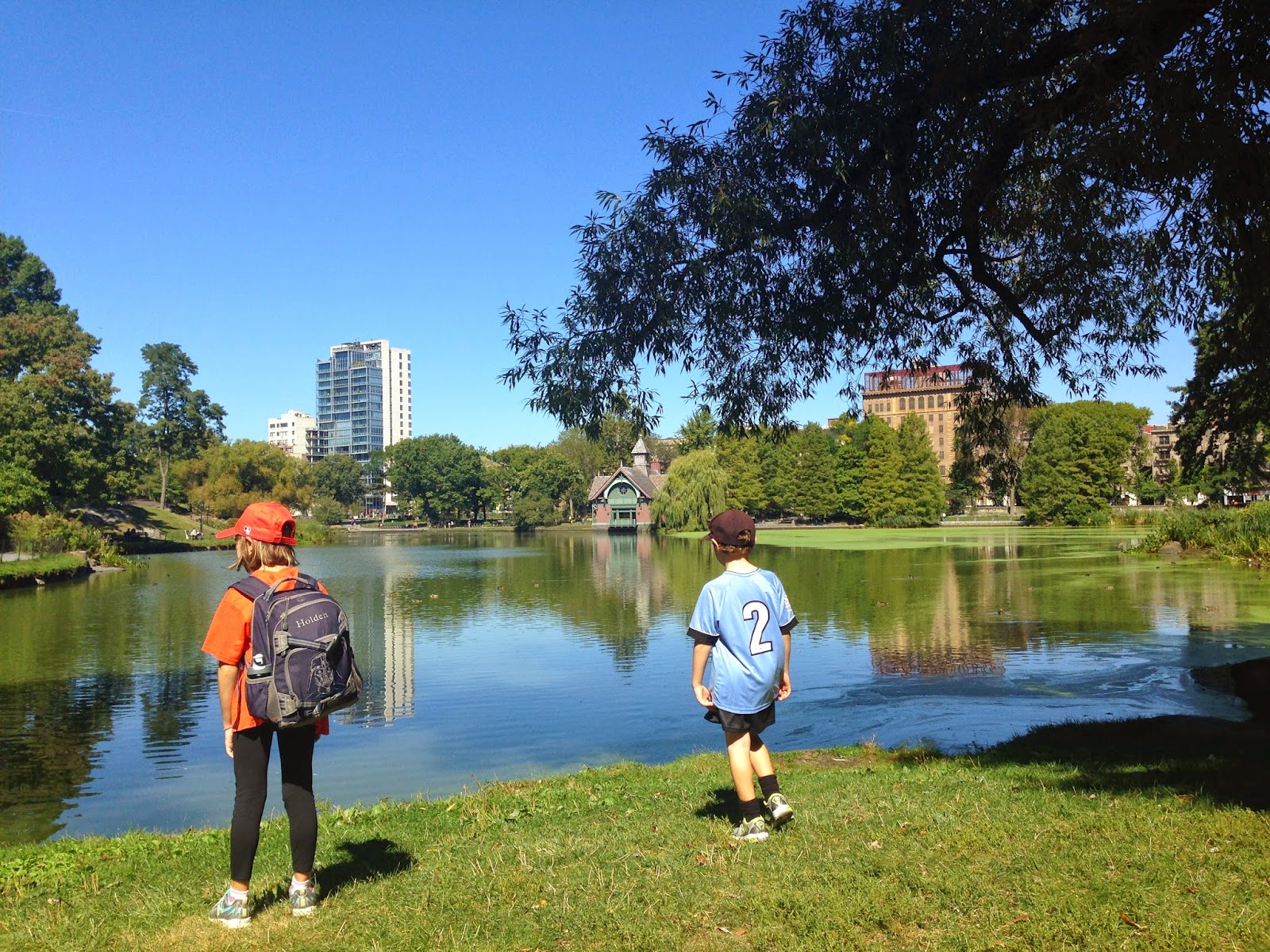 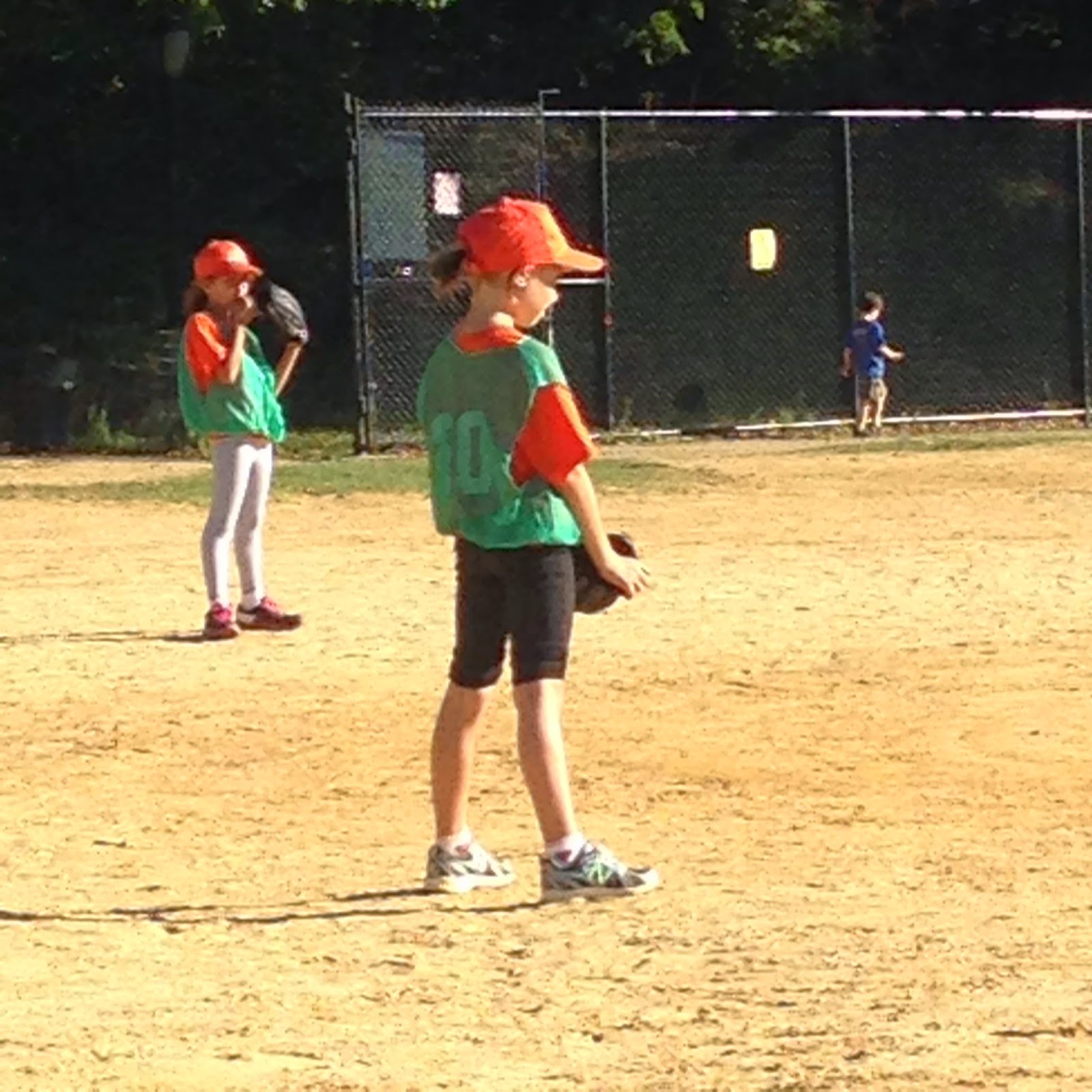 I know this was a long post - thanks for hanging in there!  I will really try to get a midweek post out this week to keep the length down.

Happy Fall, people!
Posted by Gretchen at 10:18 AM