Our Next Great Adventure

I don't really like making big announcements here in this forum.  It seems so dramatic.  And I don't like drama.  But our family has made a big decision and it wouldn't really be possible for me to hide it from you on this blog.  And I don't really want to hide it but I do have to say, I'm still embarrassed to tell people of our new plans.

If you've been a regular reader then you know that the last school year went pretty terribly for us.  When we first moved to New York I was pretty excited about the school.  I had read that New York spends six times as much per pupil than California.  Our new school not only had the Spanish immersion track that we wanted but also offered a lot more than our California school: a gym teacher (a gym for that matter), a computer teacher, an art teacher, a parent coordinator, an auditorium, and even a cafeteria (no, we didn't even have a cafeteria in California).  And while we were pretty happy with our school in California, we expected to be amazed by our new school in NYC.  Well, we quickly found out that more money does not necessarily equate to a better school district.  More staff does not necessarily mean better instruction, especially with teacher's unions (My apologies to my teacher friends who might disagree with me, but I've seen firsthand who they allow to teach our children.  I wish I could link to an email from my kids' science teacher, riddled with grammatical errors.).  And New York City especially is a very tough place to get education right.

First of all, there is an inordinate amount of emphasis on the annual standardized tests.  Teachers are teaching to the test because part of their professional evaluation includes how well (or poorly) their students do on the test. 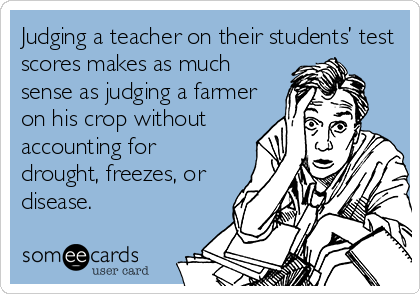 Second of all, many parents are frantic about these tests because the scores will determine which middle school their child gets into.  Middle schools aren't assigned by neighborhood as they are where we lived in California (and I suspect most of the country).  You apply to them just as you do high school and eventually college.  And there aren't many good ones here in Manhattan.  Your scores on a test you took for several days when you were 9-years-old can make or break your future path in life.  No joke.

And so, it became clear within weeks of school starting this year that Ella wasn't going to learn much more than how to take a test.  She had her first of many practice tests in October.  The real tests weren't given until April, six months later.  And once the tests were over not much happened in school.  There was a lot of TV watching (Ella's class even watched a recording of the previous Superbowl).  Teachers cleaned up their classrooms.  Because what else matters but the tests?

And Holden had other problems.  Being in first grade and thus not in a testing year, he didn't have practice tests and his teachers weren't teaching test taking strategies (yet).  But he was in a very large, very diverse class.  Diverse means that there were children of all kinds of abilities: some reading, some not, some speaking English, many not.  And his teacher had her hands full trying to get every child over the threshold they needed to be over at the end of the school year.  It also meant that children like Holden who are bright and didn't need much from her spent the year bored.  Very bored.  It really was a wasted year for him.

But if those were the only problems, we might have tried to figure out a way to stay.  But there were others.  Oh so many others.  Some minor, some major.  A new principal who was in way over his professional head; a new 20-story building to be constructed right next door starting this fall; a PTA that had so much infighting and was so dysfunctional that an election had to be recalled and a new one performed amid accusations of racism and elitism; armed security guards at the doors screaming at parents as though they were the 6-year-olds; and one of my children's teachers telling me in front of my child that she doesn't like reading and watches a lot of TV.  The entire place was a circus by the time the school year ended.  And frankly, Kevin and I felt so guilty that we had left our children in such a terrible environment for so long.

We considered trying to get them tested for the Gifted and Talented track (The name itself makes my skin crawl.  The poor children who aren't in that class and thus think that they are neither gifted nor talented.).  But our children like almost all children have strengths in some areas and struggle in others.  Even if they tested in it wouldn't solve the issue of teaching to the test.  There is even more pressure in those classes to ace the standardized tests.

We looked at different public schools with a Spanish immersion track.  But again, any school in the city would be under the same pressure to have high scores on the tests.

We looked at private schools.  New York City has some wonderful, amazing, progressive private schools.  Schools with top notch teachers not protected by too powerful unions.  Schools that are not beholden to the standardized tests (and don't even give them).  Schools where children work in groups to solve problems, that teach children about social responsibility and the love of lifelong learning.  But those schools will put you back.  A lot.  The average cost of private elementary school in New York City is $40,000 per year.  Per student.  And I'd be lying if I said that even if we had that kind of money we wouldn't spend it on private school.  We would.  But we don't.

And so now you're either very confused or have figured out what our big announcement is.

No, we're not moving to the suburbs.  It might solve some of our education problems, but not all.  And it would certainly not make us happy.

And no, we're not moving back to California.  Not yet.

And since we're still only planning to be here in New York for another year or two, what we need is a short term fix.  We need to think outside the box.  We need to take their education into our own hands.  We need to get creative - just like we hope our children will do someday.  Every day, actually.

We're not putting them back in the school system at all this fall.  We've registered (as is required in New York state) as homeschoolers.

I heard that.  That audible gasp.  And I get it.  I would have done the same thing myself a year or two ago.  Homeschoolers connotes strange, unsocialized, religious fanatics (and the mothers usually have too much body hair).  But let me tell you that's not always the case.  And certainly not in New York City.  There are almost 3,000 homeschooled kids in the city alone.  That represents a 35% increase over the year before, so the number is growing and we're clearly not the only New Yorkers fed up with the current education system.  And their parents are not choosing it for religious reasons (Not that there's anything wrong with that.  It's no different than sending your kids to parochial school).  They are well educated people who aren't happy with the public school options and often can't afford the private schools (sound familiar?).  As a matter of fact, I met a nice man at the homeschool office the other day who said his wife graduated from Stanford and makes a nice living as a software engineer and they decided that rather than put their kids in public school that they would have him quit his job and stay home to educate their children.

And these days homeschooling couldn't be easier.  We'll be using a tried and true homeschool curriculum from an accredited institution (the same one Obama's mother used when they moved to Indonesia).  So I won't be reinventing the wheel.  Holden even tested into third grade math even though he's only going into the second grade, so I'll be able to meet him where he's at rather than have him sit through another year bored.  In addition, New York City offers so much for their few thousand homeschoolers.  Most of the museums offer homeschool classes in the middle of the school day and there are even two different spaces in Manhattan that are designated just for homeschool classes.  Even businesses that offer after-school classes have realized the big market for children's classes in the middle of the day.  So in addition to the core curriculum that I'll be working with them on at home and that they'll be doing themselves independently online, they are also taking a course for homeschoolers at the New York Historical Society about the Lenape Indians of New York; a creative writing course for homeschoolers offered at Writopia Lab where all of their teachers are published authors; Ella will be taking a course on electricity, and singing in a chorus at one of the homeschool classroom spaces, again taught by leaders in their field; they'll continue weekly piano lessons (with teacher Dad/Kevin); and they'll meet with a private Spanish tutor twice a week.  And because we're nothing if not overscheduled, they'll both spend their weekends playing on soccer and Little League/softball teams.  They couldn't be unsocialized in New York City if we tried. 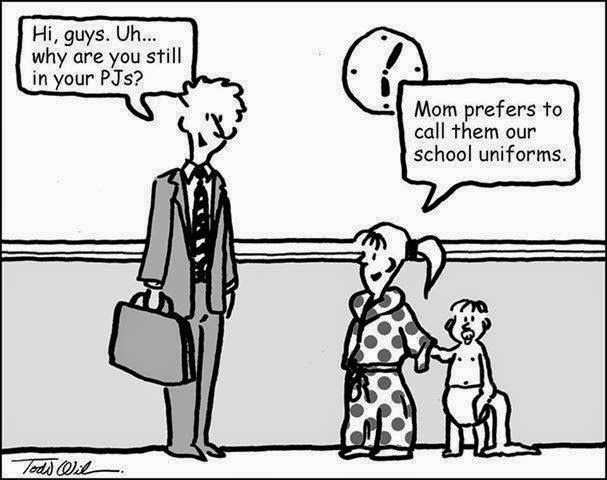 And the parents of all of these homeschoolers communicate and coordinate with each other through a Yahoo Group email list.  There are meet-ups, field trips, "not-back-to-school" picnics.  We're signed up to join a group to see The Marriage of Figaro at the Metropolitan Opera already.  There's even an annual prom and yearbook for the older kids.  They are a very organized, creative and tight group.  So really, the term homeschool is a misnomer.  I don't expect we'll be spending much time at home at all.

And so dear people, we are setting off on our next adventure.  As I said, this is a temporary solution.  We don't plan to homeschool forever.  When Kevin was interviewing a couple years ago with Al Jazeera America for a job in Qatar I looked into homeschooling.  I wouldn't have been embarrassed to say that we were homeschooling if we had moved overseas.  So we're looking at it like that - our two years overseas (in this case, we're living on the exotic island of Manhattan).  And now that we've made the plunge (Holden and I started two weeks ago) we are all really, really excited.  The kids were thrilled when we told them.  Neither of them wanted to go back to their old school and neither wanted to try a new school.  We'll stay in touch with old school friends and hopefully make new, like-minded friends along the way.