Boroughs That Start with a B

We stretched our boundaries this weekend and made it to two other boroughs:  Brooklyn and the Bronx.

We were invited to what was billed as a 'Family Barbeque' on Saturday late afternoon by one of Kevin's co-workers.  Since it was in Brooklyn we decided to head over early in the day (despite the overcast weather) and spend some time roaming around Prospect Park. 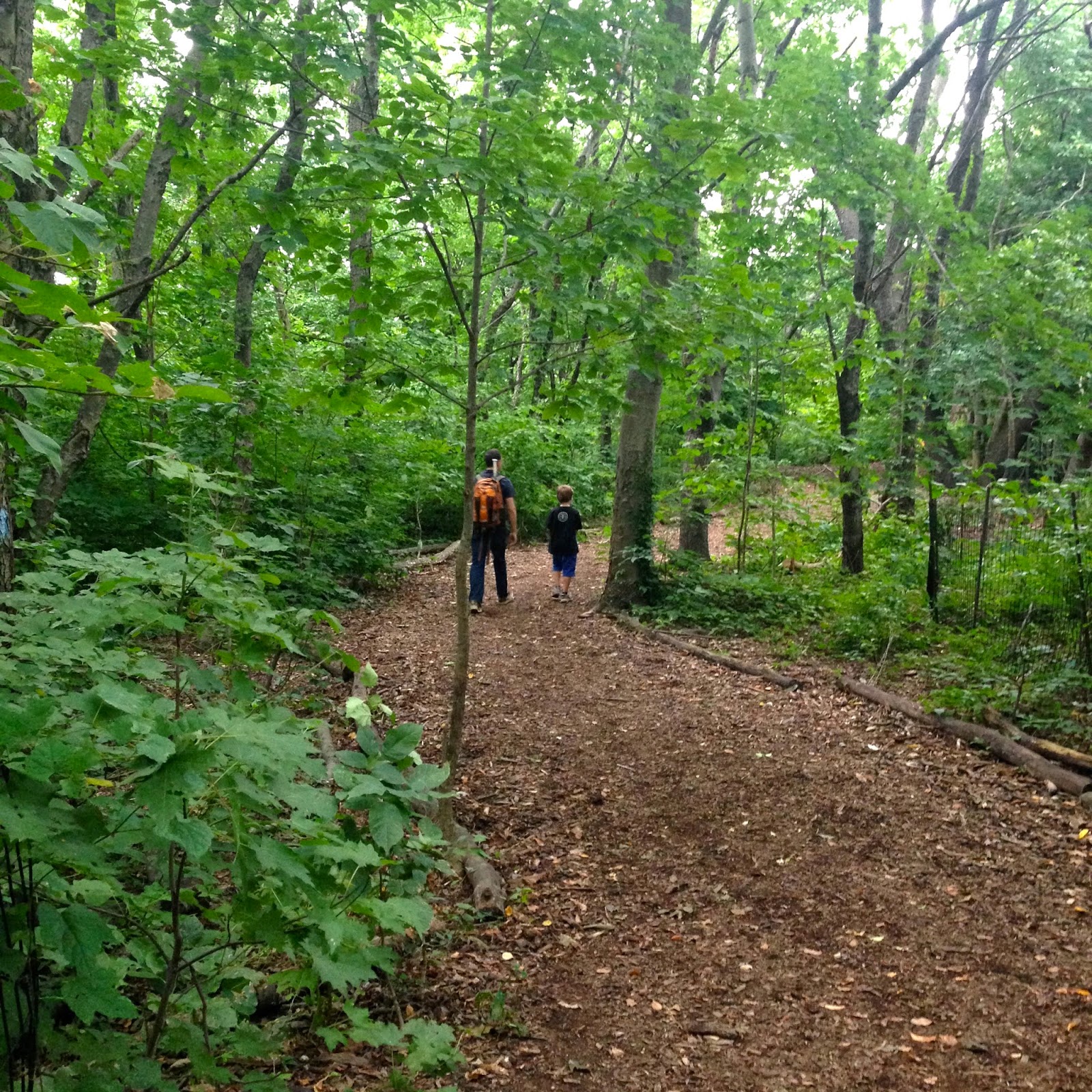 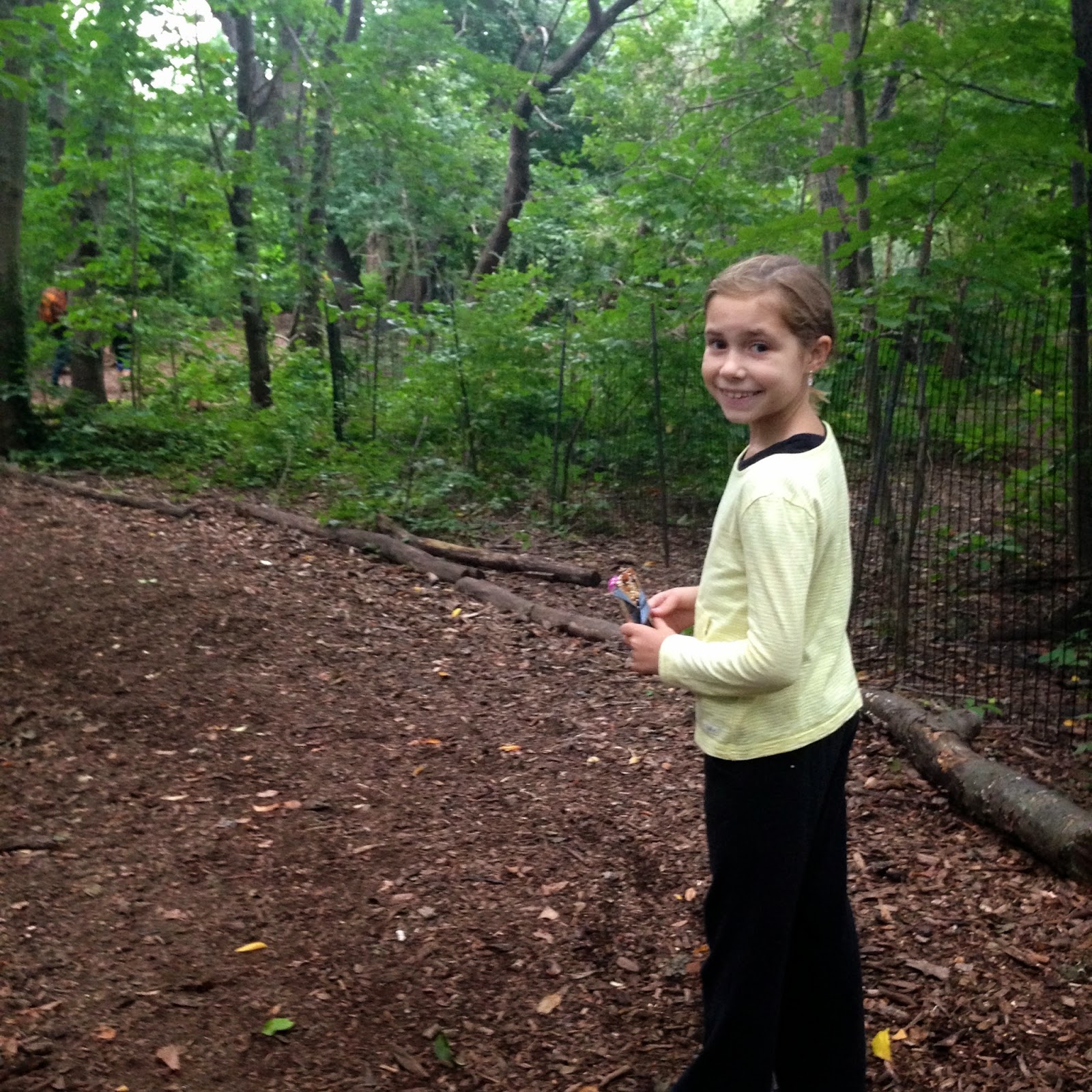 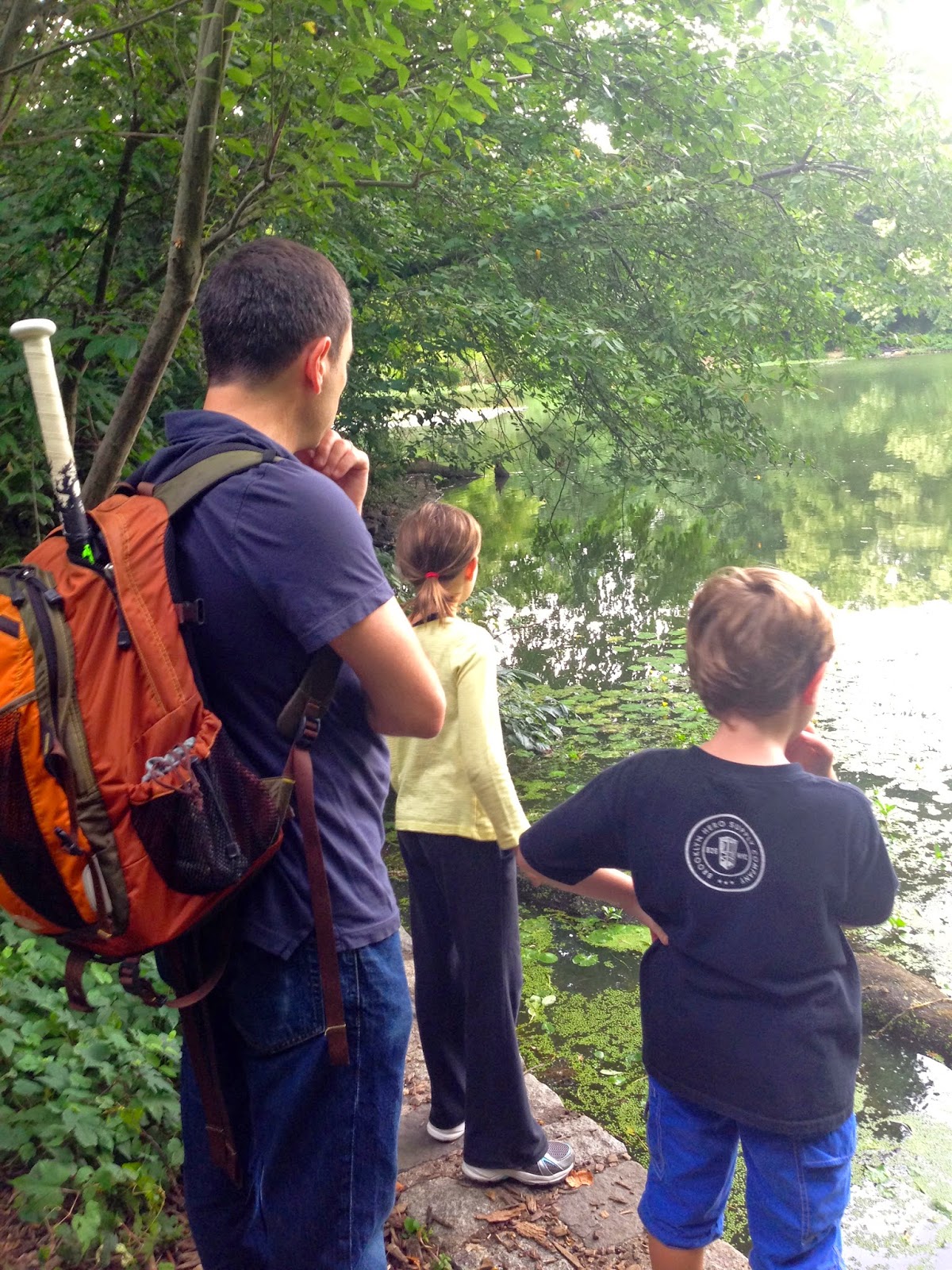 As you can see from the photos it's gorgeous and you would never know you were in the middle of one of the world's largest cities.


We brought along baseballs and a bat to get ready for Little League starting soon. 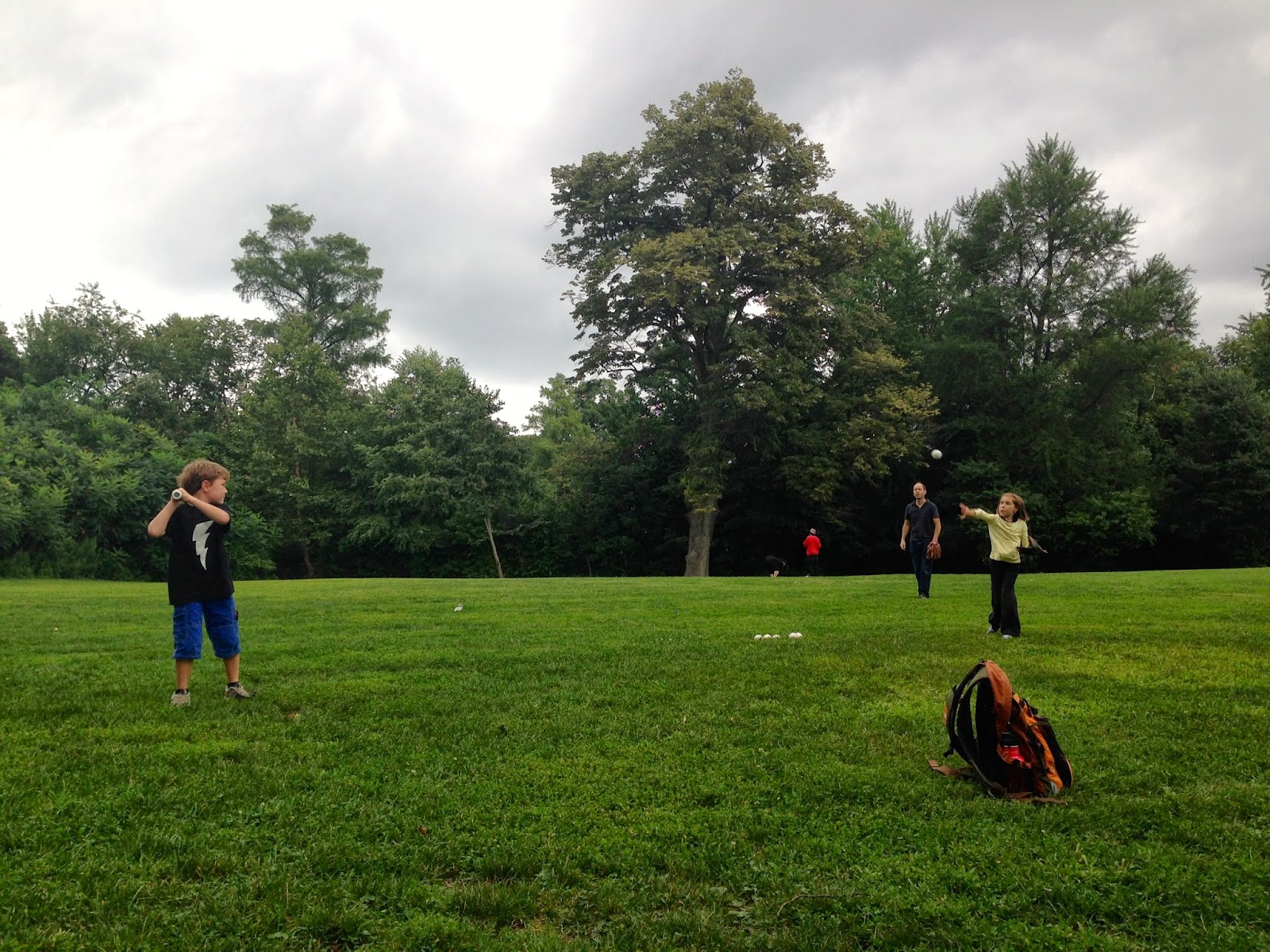 While the BBQ was delightful and his co-workers very friendly, we were in fact the only 'family' there.  As a matter of fact, Kevin and I were the only adults over 40 years old.  Apparently this BBQ was just for the editorial staff, a much younger contingent of AdAge.  We were also the only ones in attendance who didn't live in Brooklyn.  Our hipness factor lacked considerably. 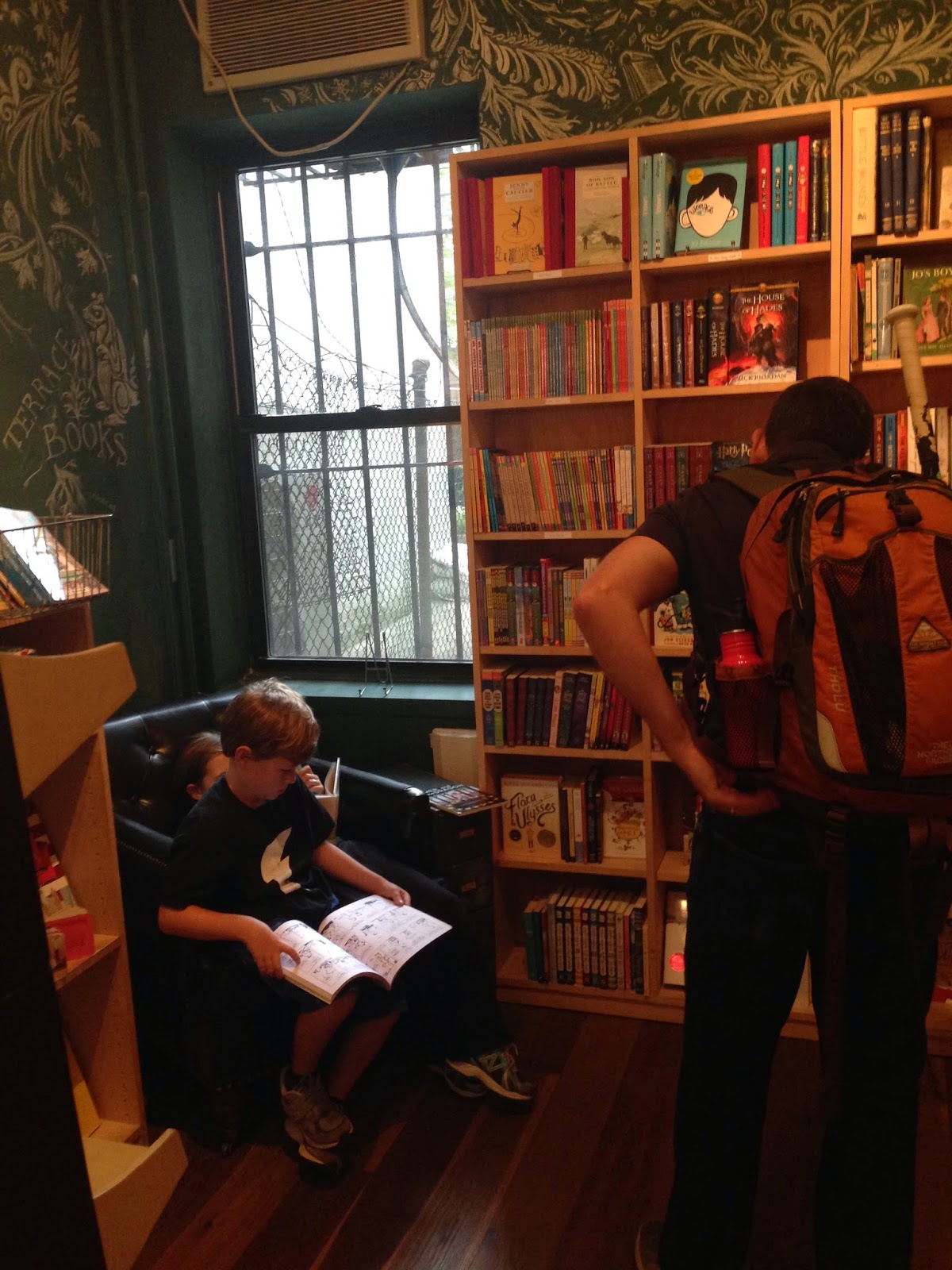 While in Brooklyn we also stopped in to an independent bookstore (we can't walk by a bookstore without going in and unfortunately, without shopping).  I would like to tell you people that the independent bookstore is alive and well in New York City.  You see them everywhere.  As a matter of fact, they are still opening new ones.  One is about to re-open a couple blocks from our apartment and there's a sign out front that tells the reader that it once occupied that very spot several years ago before having to close its doors due to the Barnes and Noble opening down the street.  And it in fact was the inspiration for the movie You've Got Mail, written by Nora Ephron, a long-time Upper West Side resident.  I can't explain why bookstores have survived (and really thrived) in a place with even higher commercial rent than the Bay Area, but they have.

On Sunday we socialized with people our own age by meeting up with Maeve's family at the New York Botanical Gardens in the Bronx.  The weather cleared up considerably and the gardens were in full late summer bloom - absolutely gorgeous. 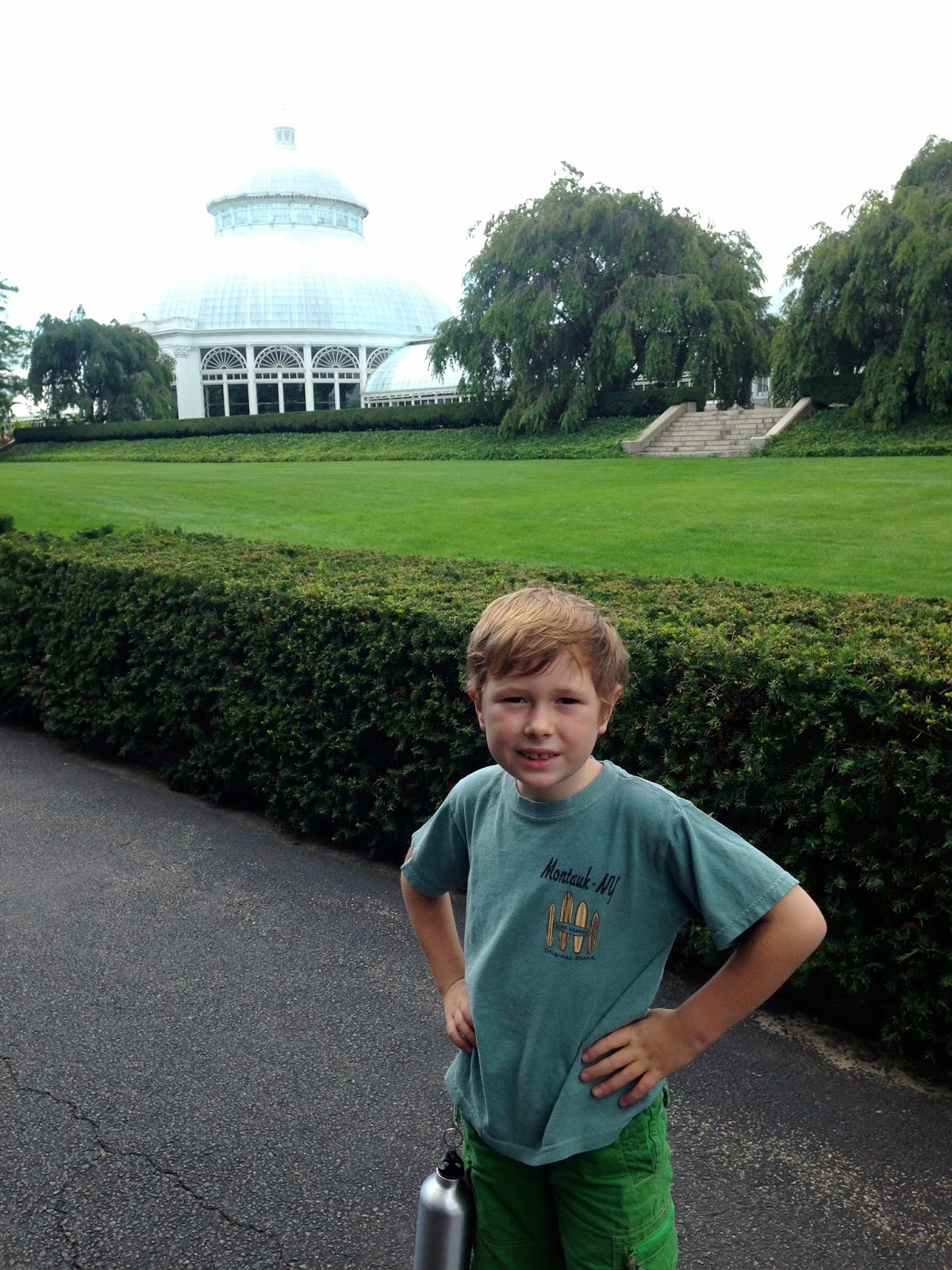 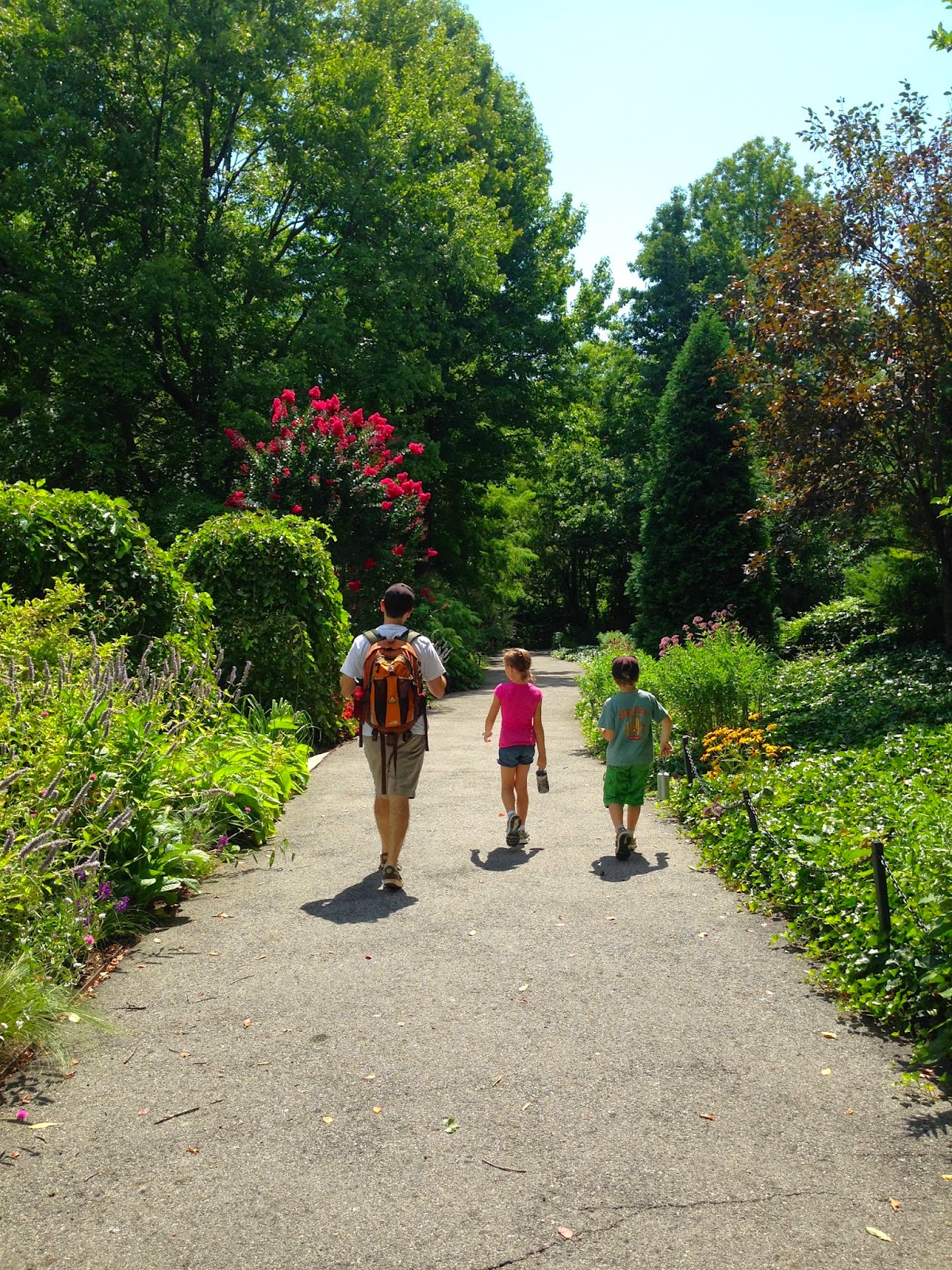 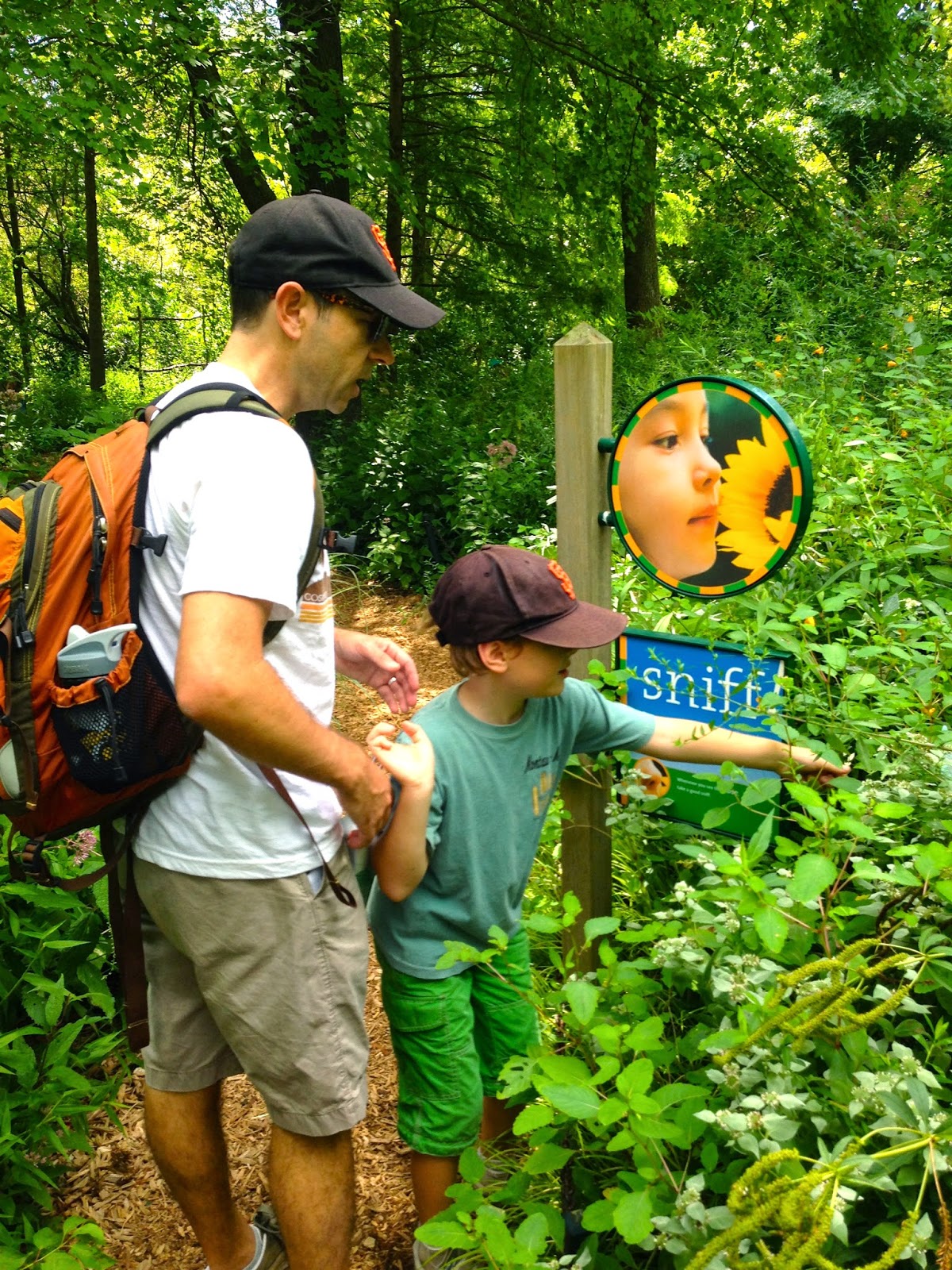 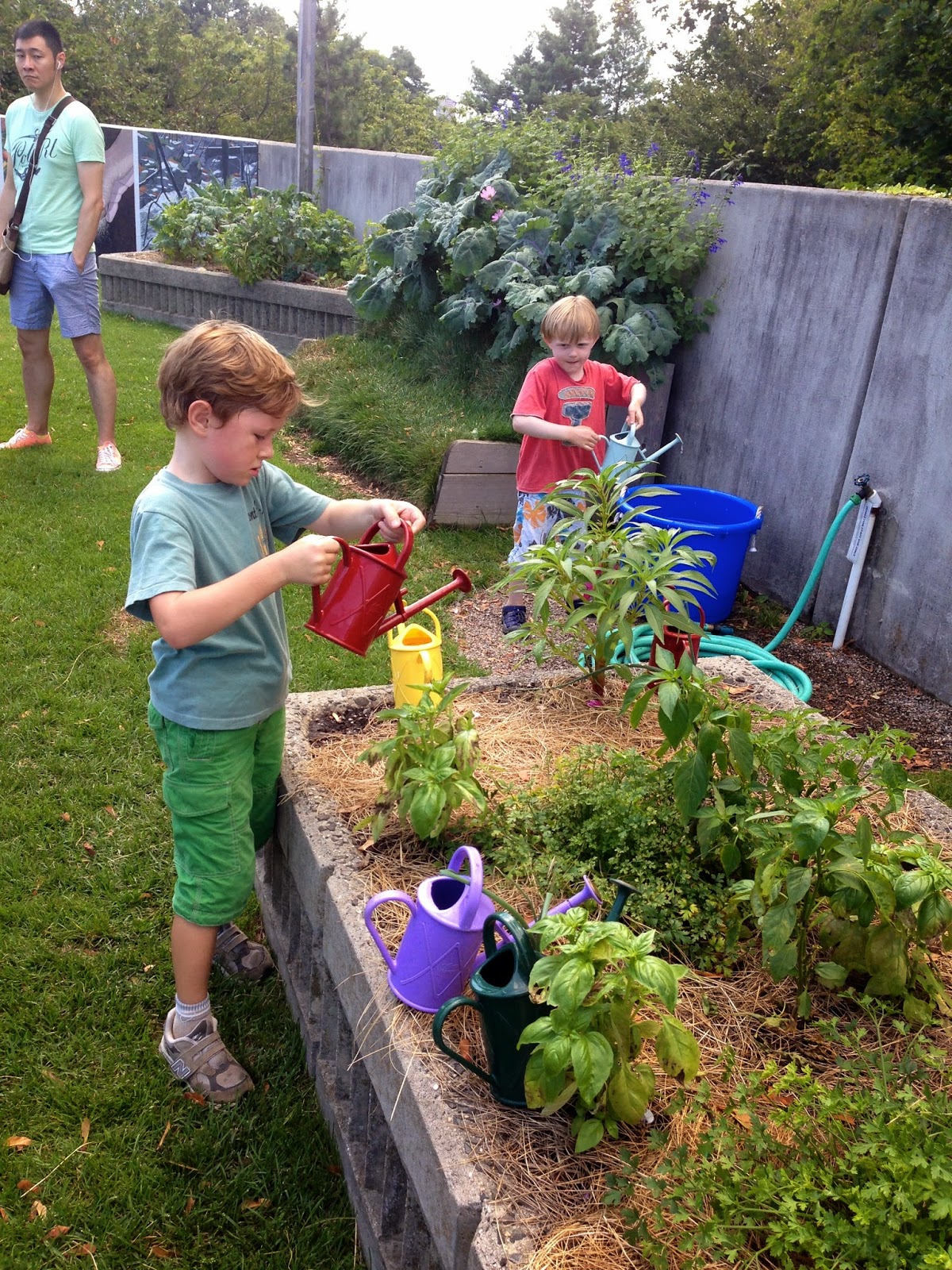 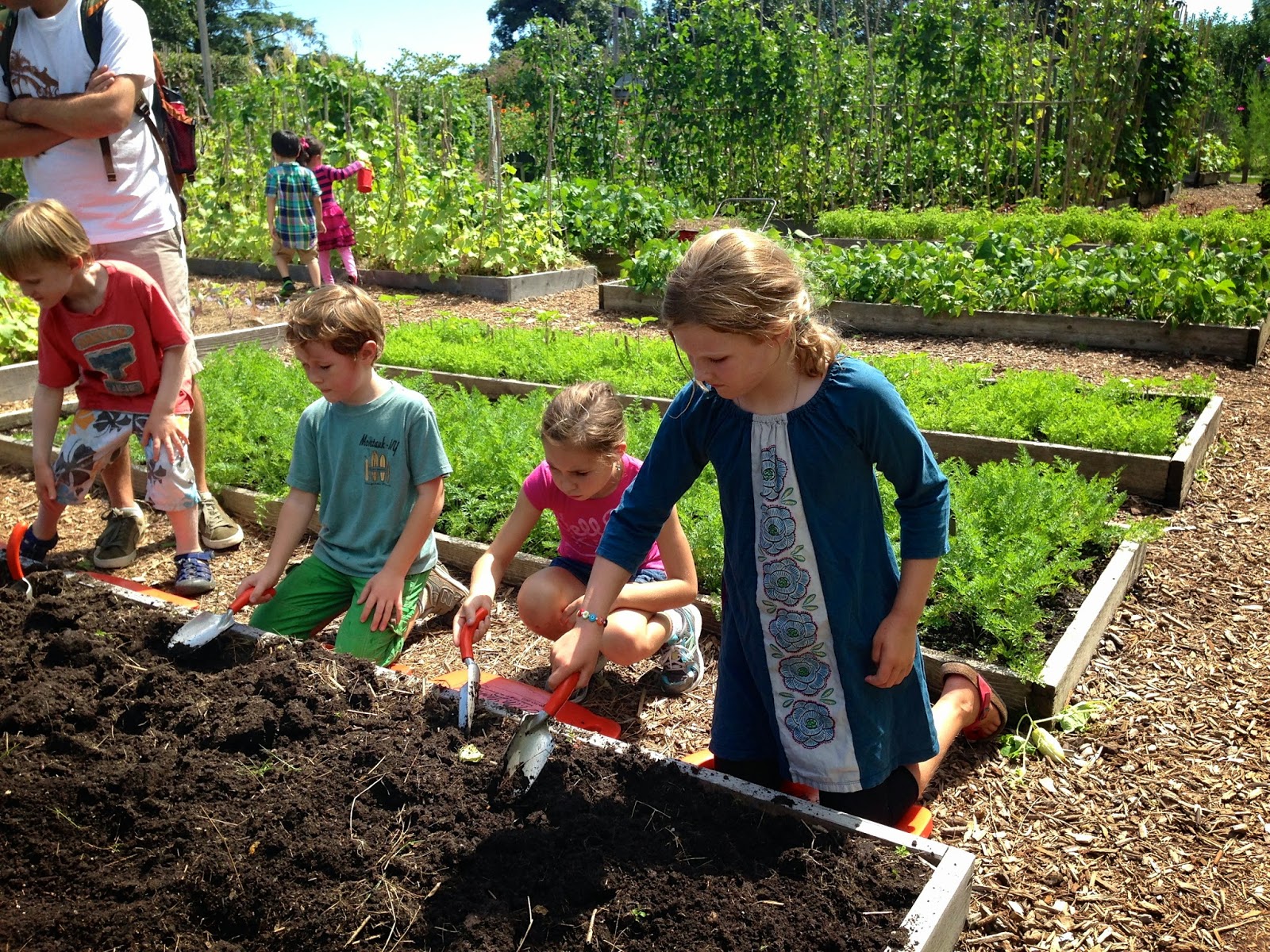 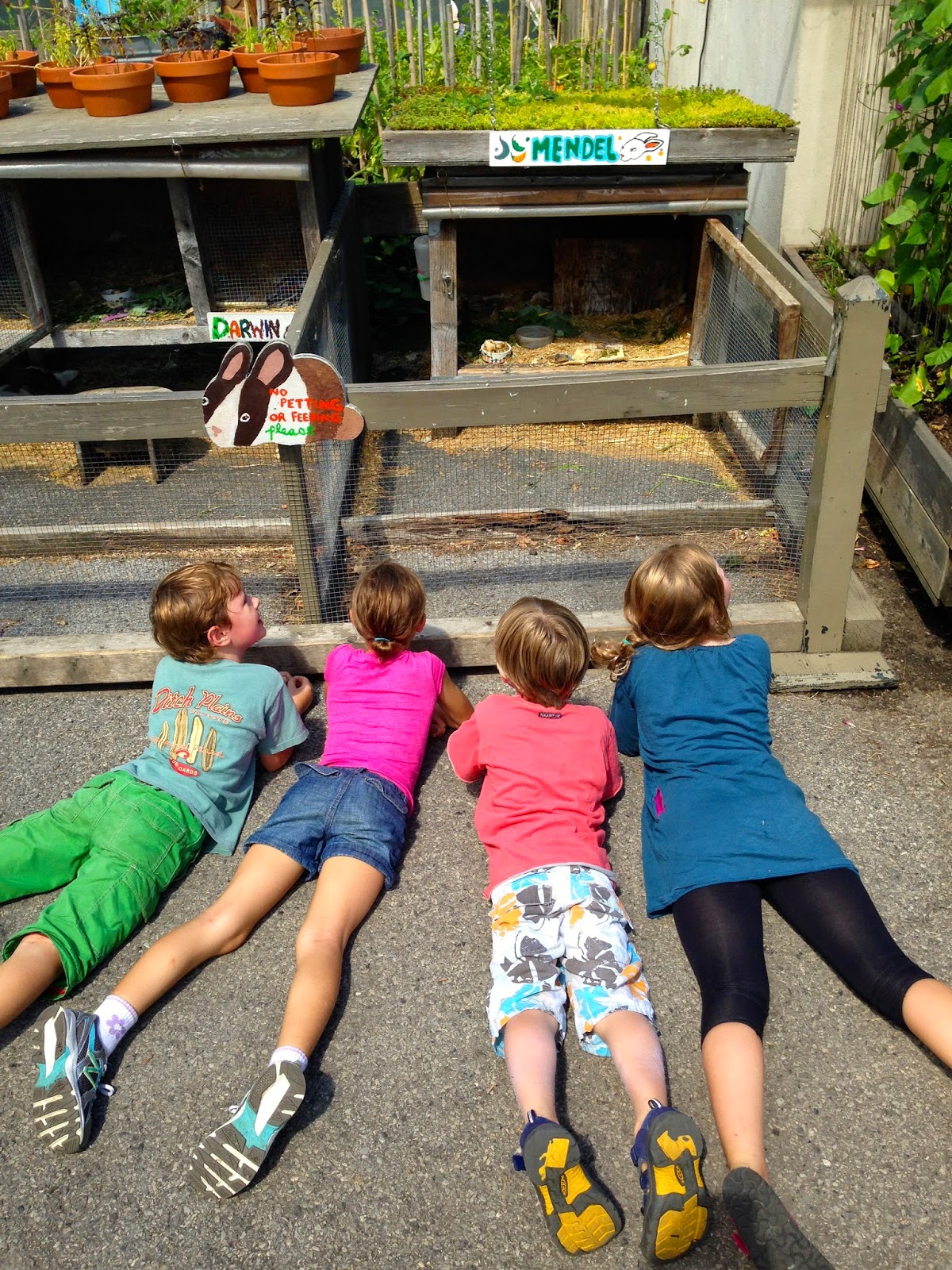 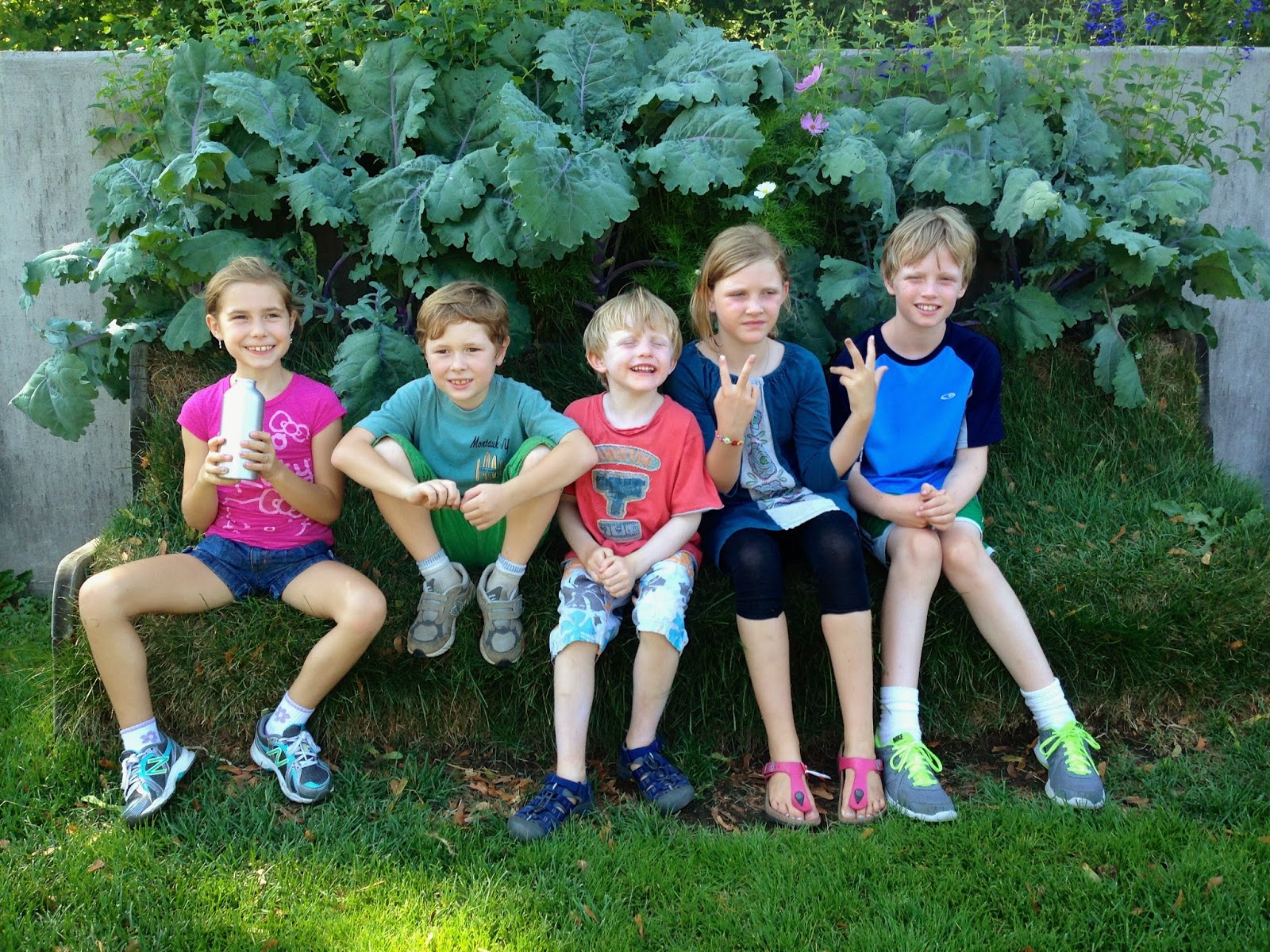 We are so lucky to have met this family.  Kevin and I get along really well with both parents and the kids all love each other.  A good fit all around.
Posted by Gretchen at 5:28 PM