Our Family is Complete

The only thing that could have made this trip even more perfect happened yesterday.  Kevin arrived!  Boy, have we missed him.  It was the longest he had ever been away from the kids and possibly the longest he and I have been apart.  The kids bombarded him with details of the last (almost) two weeks, talking over each other, shouting and interrupting.  We took him on a long walk along the beach and then to dinner and cocktails to watch the sunset.  I think he feels right at home. 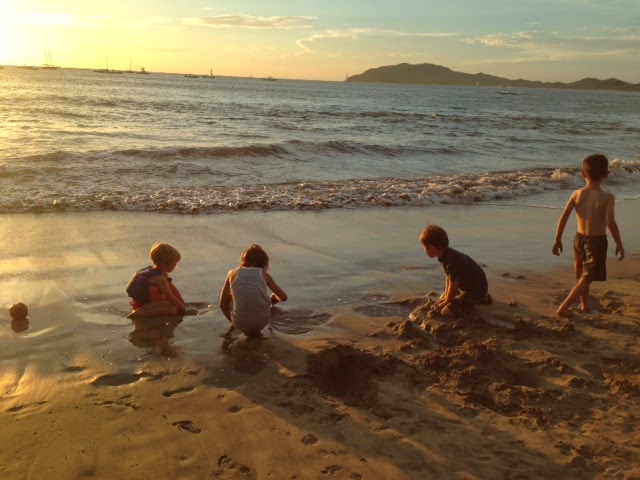 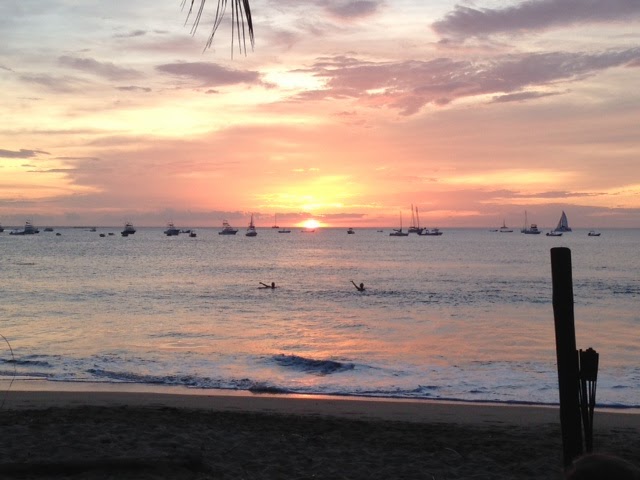 You saw on the last post that the kids took their first surf lessons last Friday.  Before coming to Costa Rica Ella insisted that she wouldn't try surfing.  I think she thought we'd throw her into ten foot waves and let her figure it out.  But once she swam in the ocean here a couple times and saw that the waves weren't too big, she didn't hesitate.  And she had a smile on her face the entire time.  They both are hooked and will take their second lessons today.  We rented boogie boards for the weekend, last weekend, as well.

In addition to the surf lessons they've also taken field trips to a goat farm and a beach a little further north called Playa Conchal.  I joined them for the beach trip and took all of my photos of the gorgeous waters with my good camera.  Right as we were walking back to the van I remembered to quickly take a  couple photos with my phone camera so that I could post them.  We did some snorkeling and saw a mother star fish and her babies and some incredible electric purple fish. 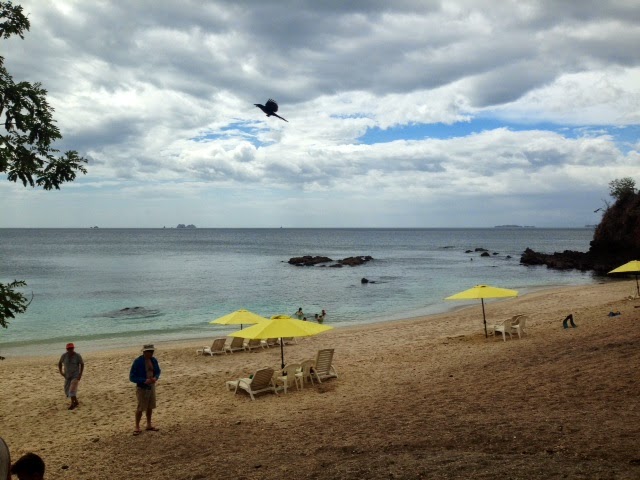 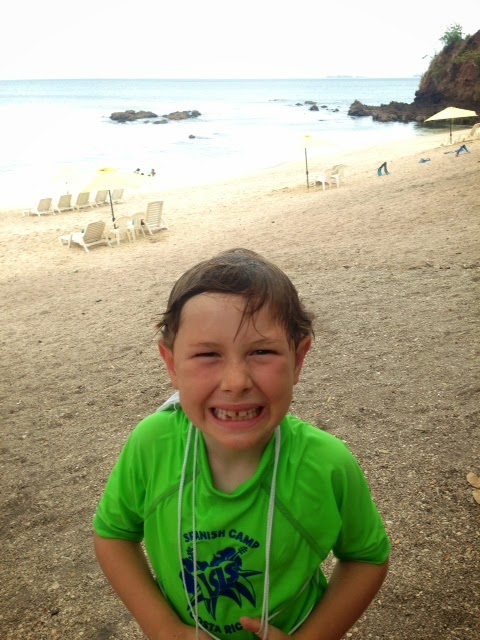 We also had our Monday night dinner with other families in the camp and met some really cool new people.  One family lives just a few blocks north of us in Manhattan!  And on Wednesday night (Movie Night for the kids, date night for the adults), I joined 5 other moms who are here without their husbands for a girls night dinner. 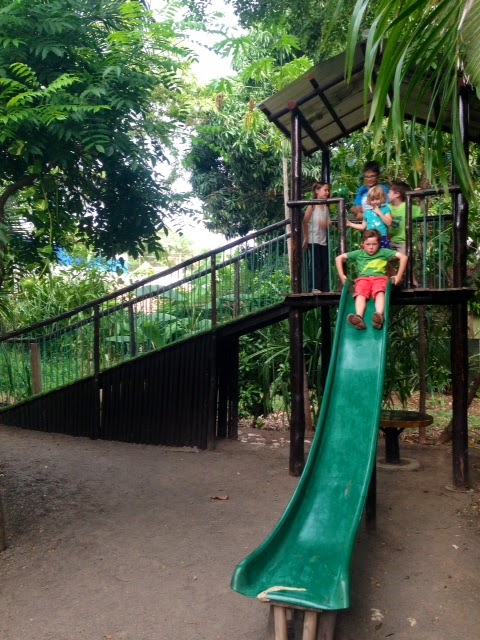 Some of the new families in our hotel/condo complex brought their instruments and occasionally a concert breaks out around the pool. 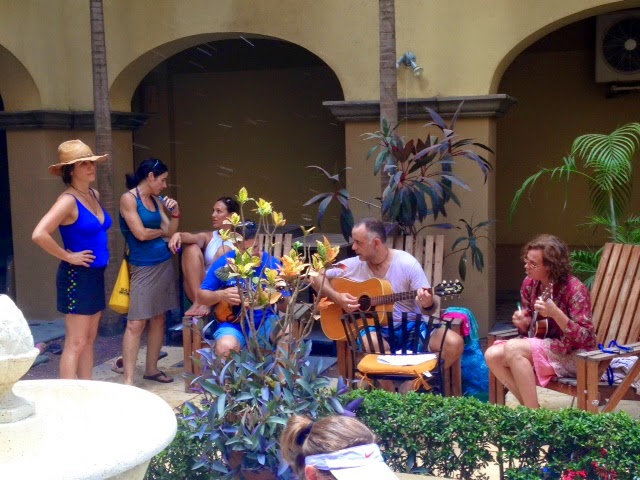 I took a morning yoga class on the beach.  It was our first (and so far only) drizzly morning so the light rain felt good while we were doing our poses on the beach, because even though it's raining the temperature is still in the 80s. 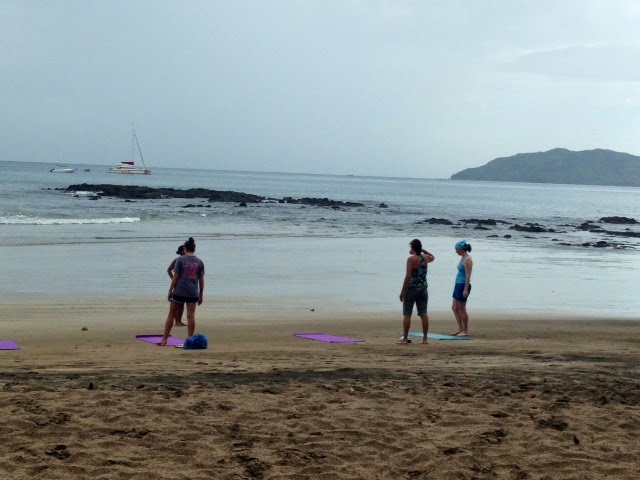 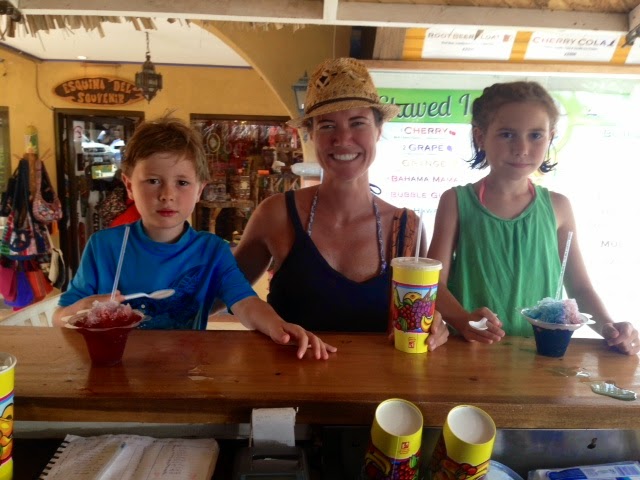 The kids love my daily bowl of homemade guacamole. 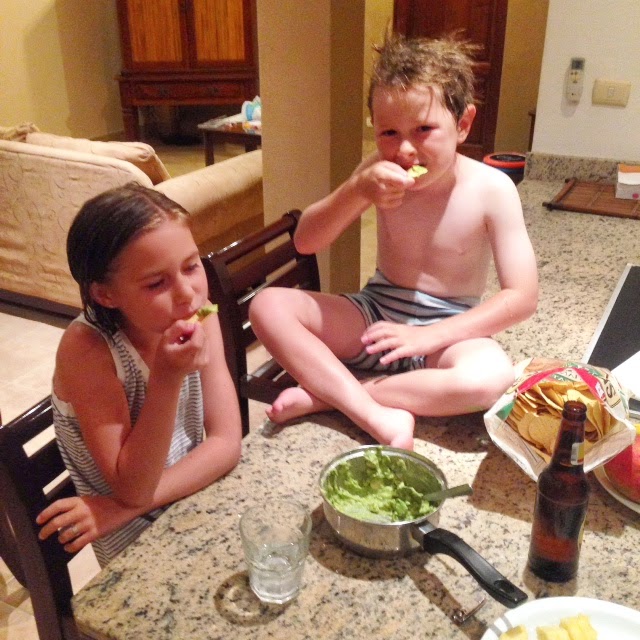 Next to our hotel is this monkey bridge.  They had to build it with ropes for the Howler monkeys because they were using the power lines to climb across the road and getting electrocuted. 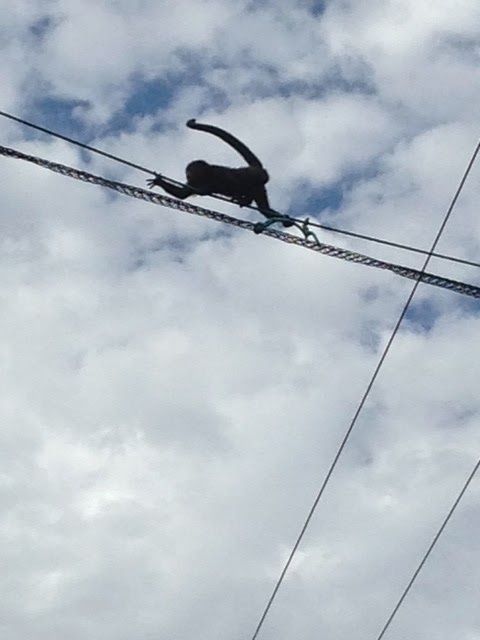 And even though we're on vacation, learning doesn't stop.  I have the kids write in their journals every morning.  Holden was placed into third grade math for next year (even though he's only going into second grade), so we're breezing through the second grade text book over the summer to make sure he doesn't miss anything.  He likes doing the math MUCH more than writing in his journal. I'll have to post some of my better photos from my good camera once we return home, as well as photos from friends here who've promised to share them with me.  Last week one of the moms here was a professional photographer and took photos everyday and posted them to Shutterfly, so I'll post some of those as well.

Meanwhile, it's almost 8am and I have a ton of things I want to show Kevin today while the kids are in camp.  We're off for the weekend to check out the Arenal volcano and hot springs - a vacation from our vacation!  More on that soon!
Posted by Gretchen at 9:55 AM