I'm busy packing.  We're off on another adventure today.  Heading out of town.  Out of state, actually.  But you'll have to wait until Tuesday to hear the juicy details.

Meanwhile, this week was very entertaining.

I had a doctor's appointment across the park on the Upper East Side this week and on my walk home I decided to make a pit stop at The Metropolitan Museum of Art to see an exhibit that I've been hearing a lot about, the Charles James exhibit.  Charles James was a famous fashion designer in the 40s and 50s and a few weeks ago The Met had a big fundraiser to kick off this exhibit, The Met Gala, filled with all kinds of celebrities (you may remember the infamous elevator video of Beyonce's sister beating up Jay-Z after the party?).  Anyway, I wanted to see what would drive a B-list celebrity to such rage. 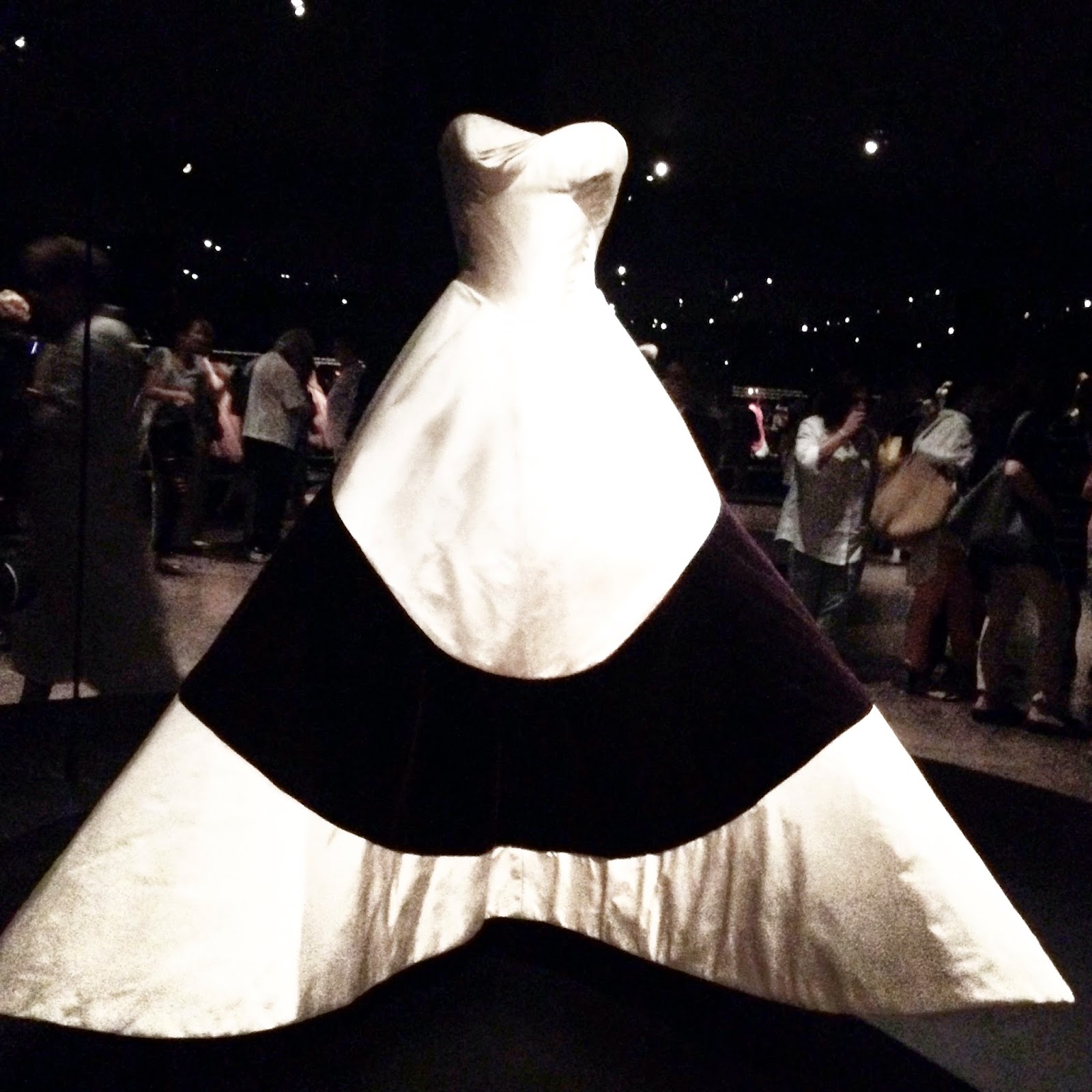 Photography was prohibited so this is the only shot I was able to surreptitiously snap.  The gowns we stunning and actually looked incredibly modern given that they were 70 years old.  I wish I had been able to get more pictures to show you but you can see more at this link.  I purposely went during the day without the kids, thinking they would have no interest in a fashion exhibit.  But I quickly regretted it because these were really pieces of art.  They had video cameras on extendable arms pointed at the dresses to display the details of the stitching up on a big screen.  Some of the dresses were lit from underneath to show details of lacework.  I would have liked to show the kids that even clothing can be art.  Perhaps this summer.

Then Tuesday night was the big Talent Show that Ella's been rehearsing for for weeks.  She played very well, especially considering it was the largest audience she's ever played in front of (a packed school auditorium).  We were so incredibly proud of her for not only playing piano in front of such a large crowd but also singing and singing in Spanish, no less.  She said she wasn't even nervous.  That makes no sense to me considering she's too shy to even order her own food in a restaurant. 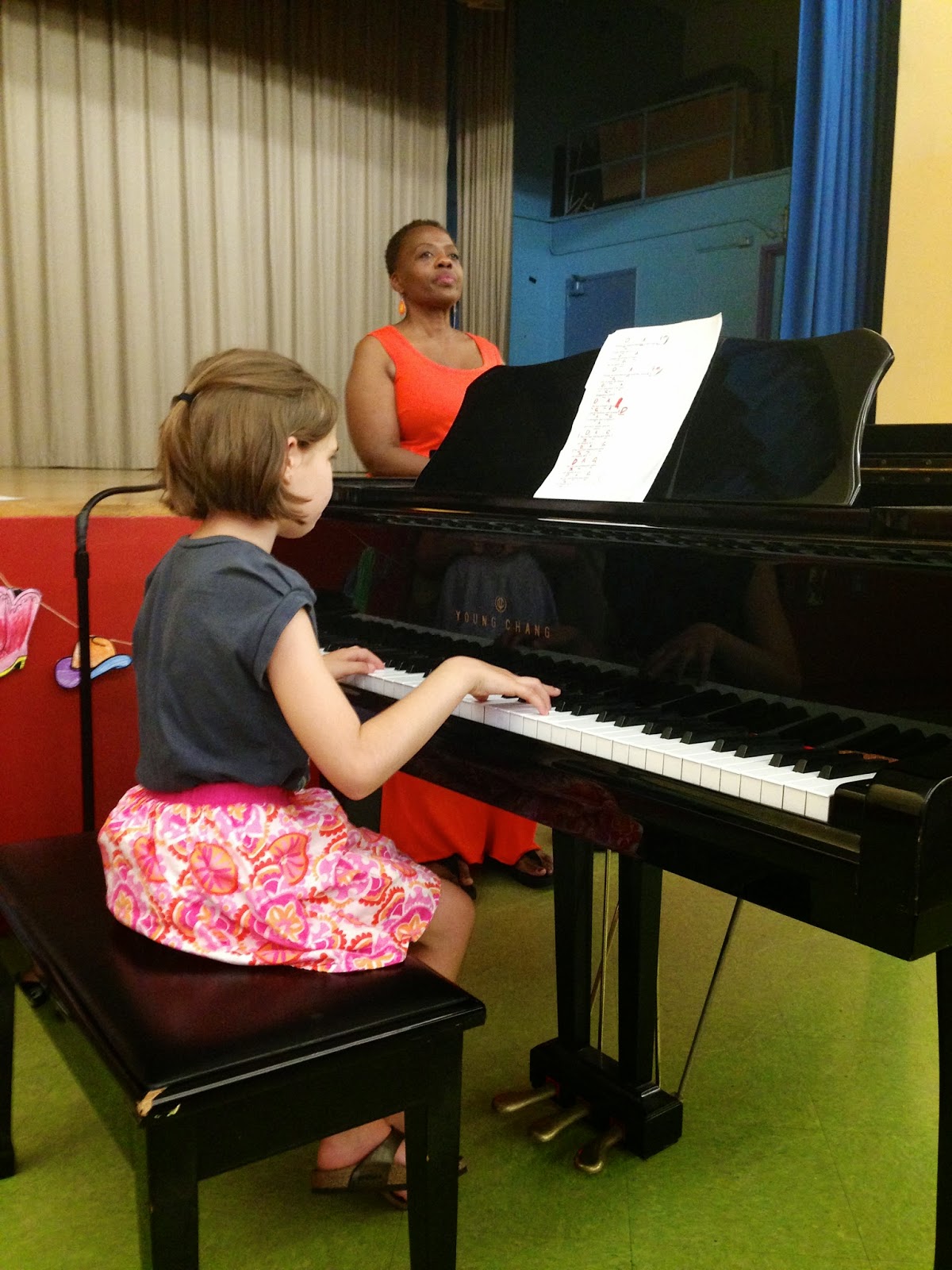 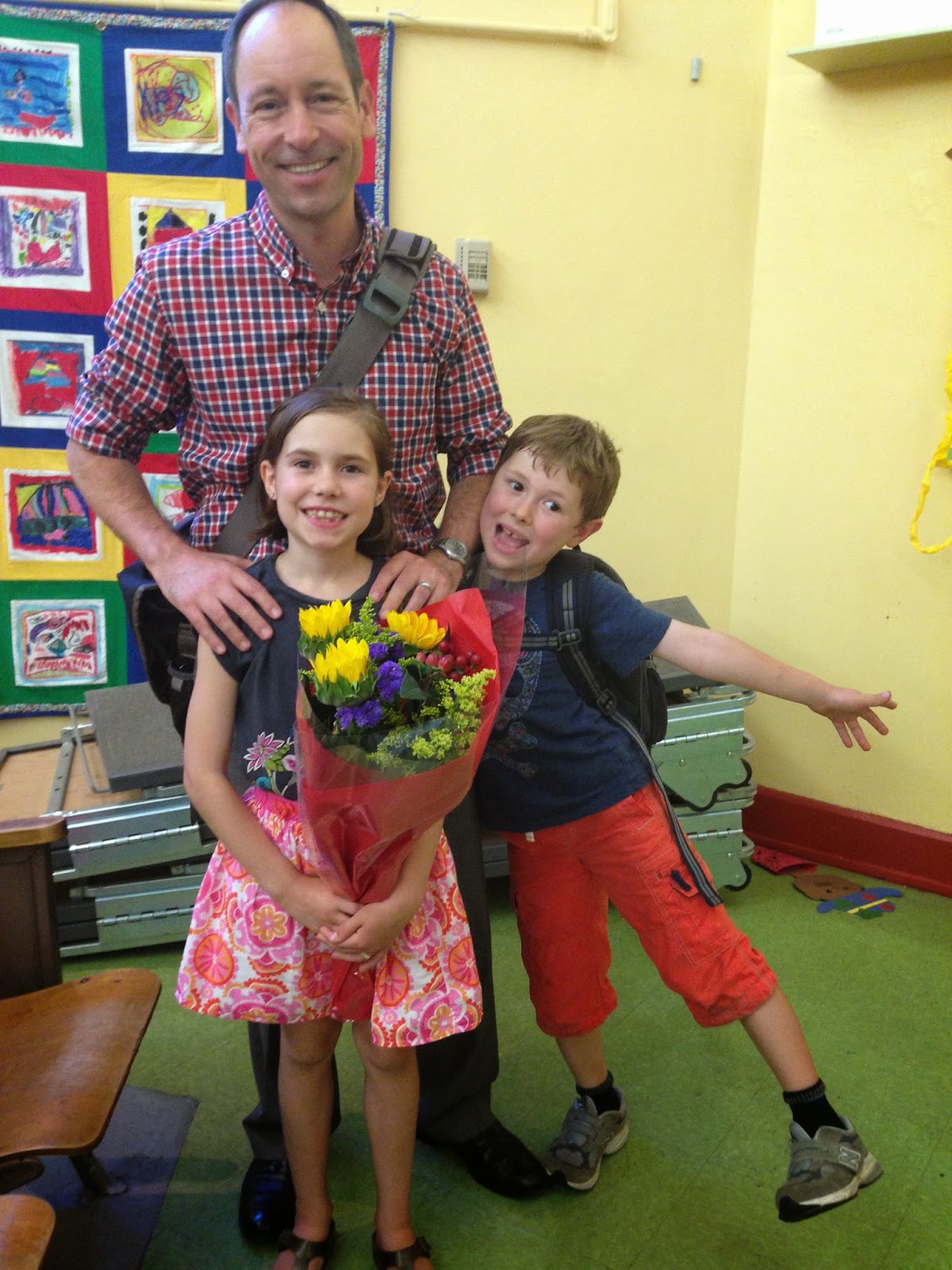 And yesterday was Holden's final Publishing Party in class where the parents are invited to come in and read what the kids have been writing.  Holden "published" two books: one on a big decision he had to make (his was deciding how he was going to celebrate his birthday next month) and the Spanish book was about his plans for the summer.  He got to read it aloud to the room filled with students and parents. 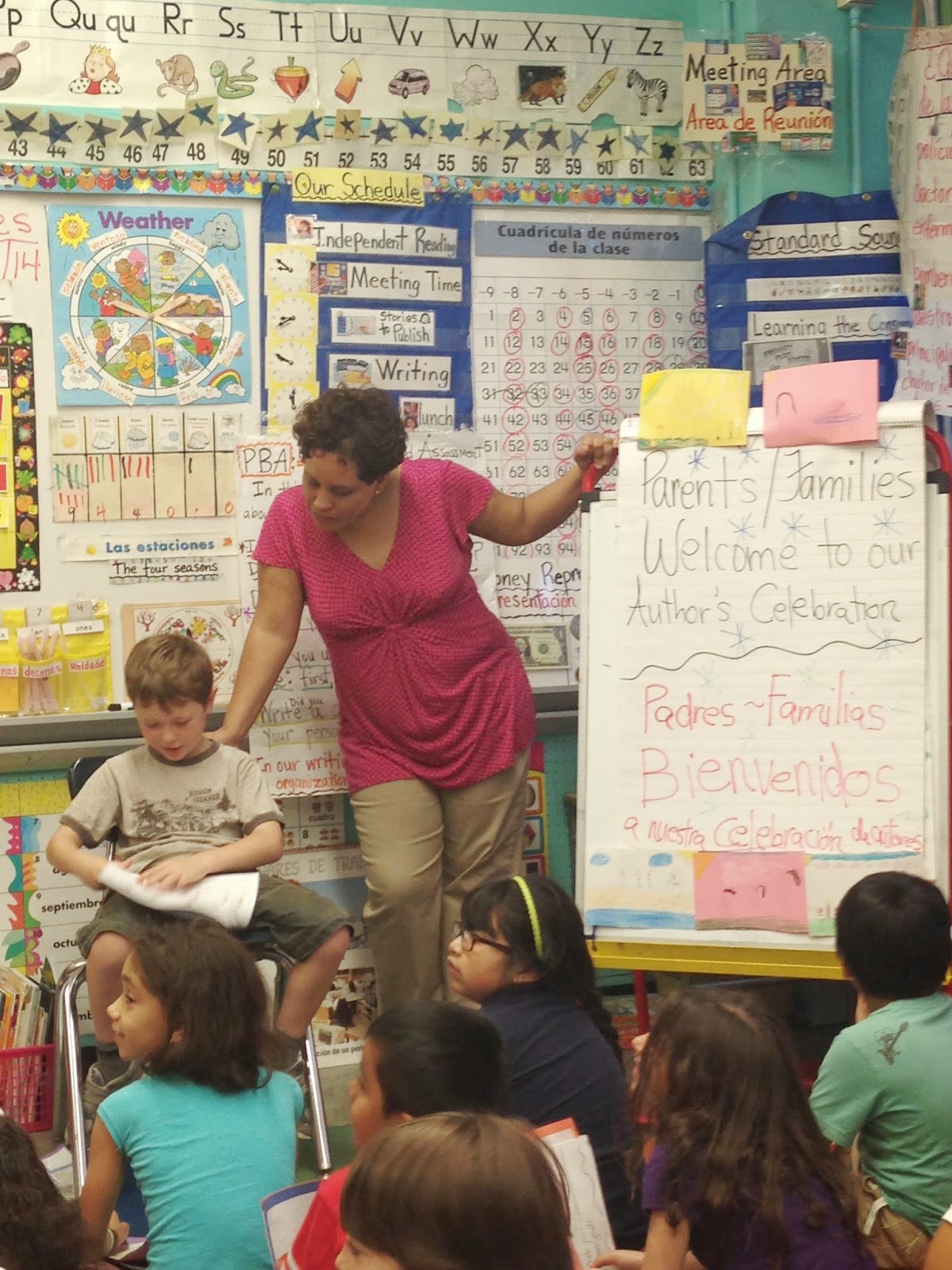 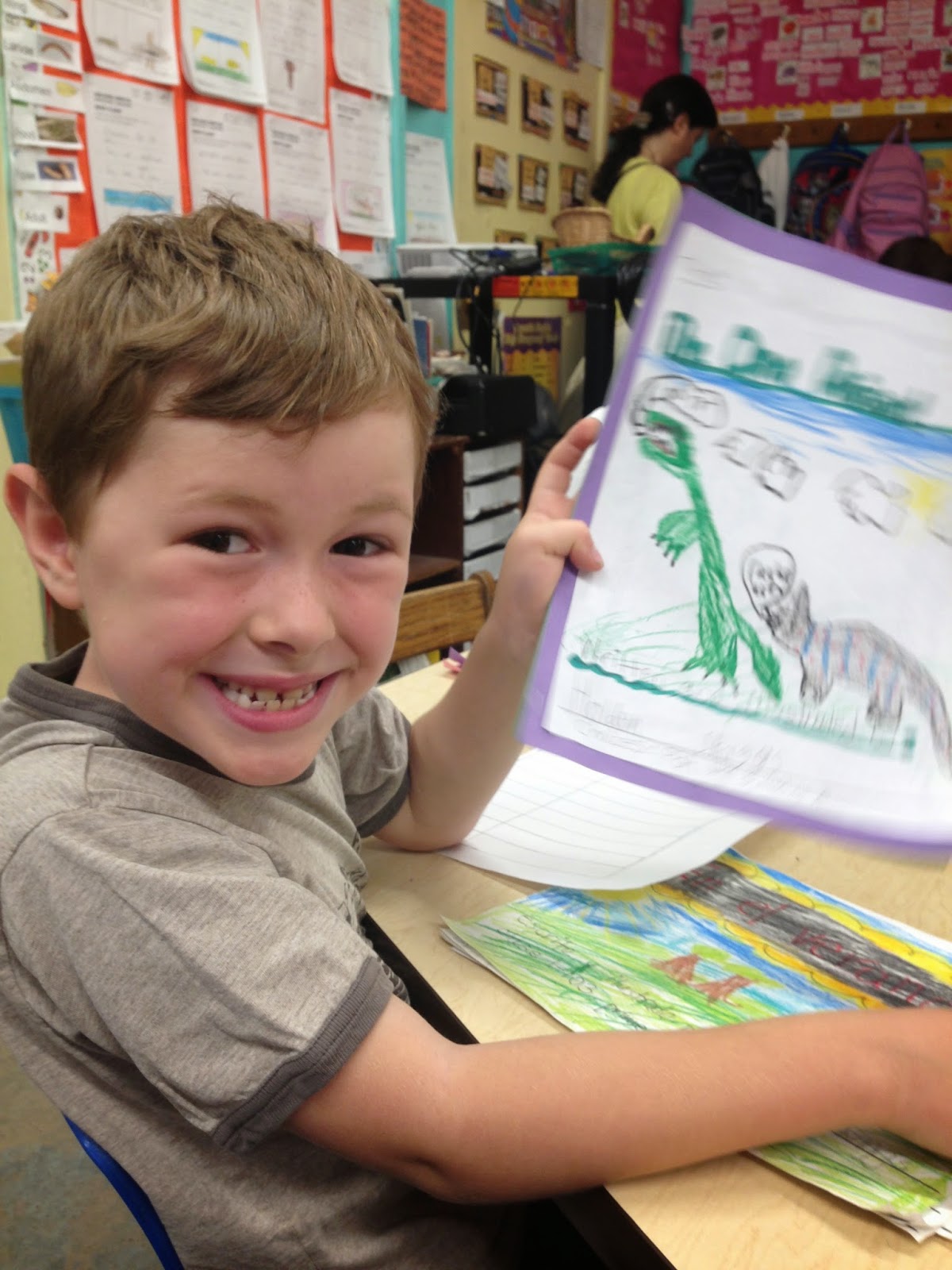 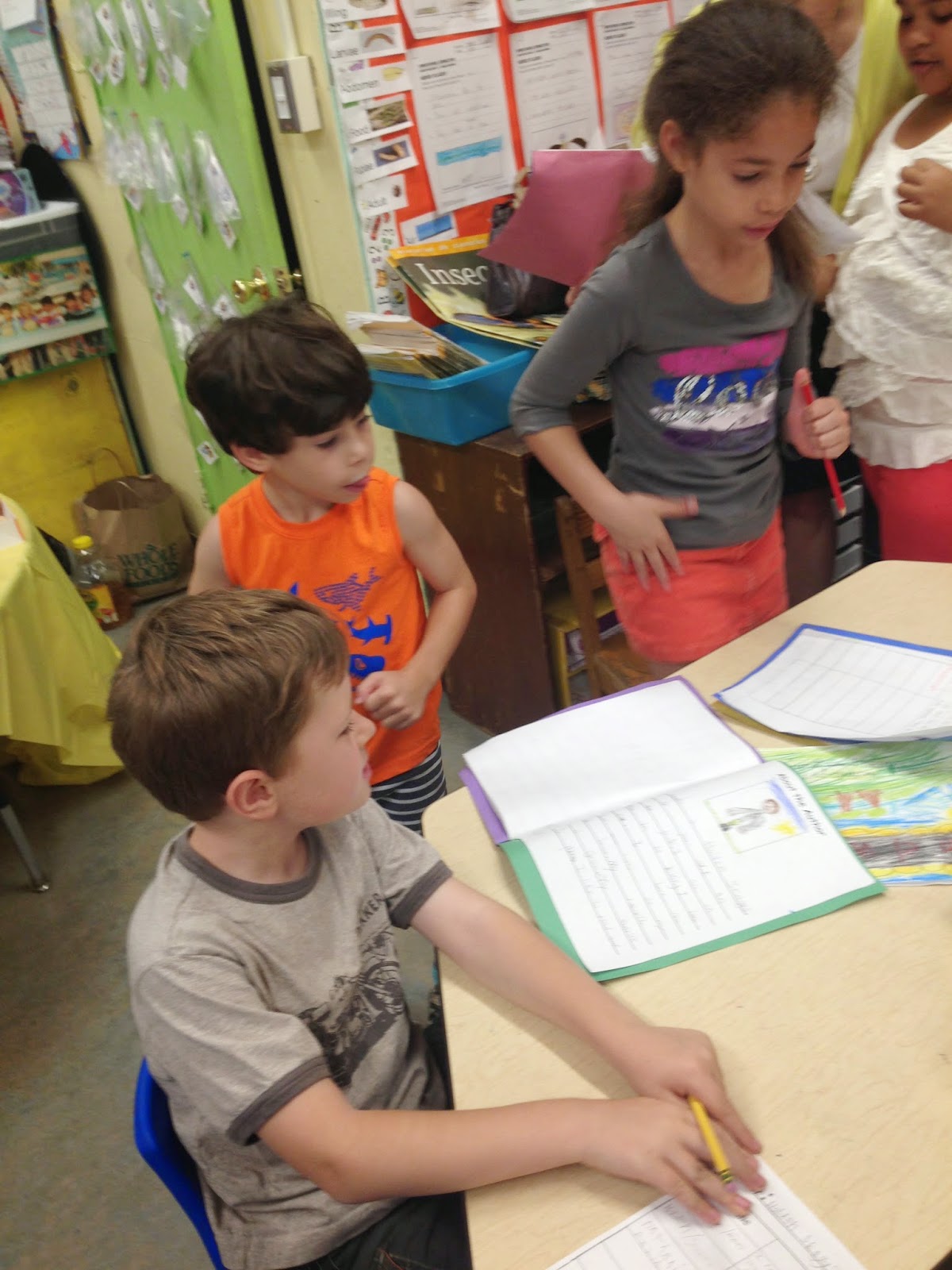 Now off on our big adventure!  School isn't actually over until next Thursday for us but we're pulling the kids out for Friday and Monday.  This will be much more educational for them than watching their teachers pack up their classrooms.

Have a great weekend!
Posted by Gretchen at 1:04 PM