...or at least with cars and cabins.

One day last week my friend Alina dropped me a text saying that they were going to be out of town this weekend and did we want to use their car?  Um.  Yes?

Then the next day, I'm sitting around with other moms after pick-up telling them of my good fortune (to have the use of a car for the weekend in NYC is like drawing a Get Out of Jail Free card).  One mom asks what our plans our with our new found freedom and then the other mom (who honestly, I don't even know that well) says, "You should totally go stay at our cabin.  We can't go this weekend and I hate to have it sit empty."  Um.  Yes?

So just like that we have the most awesome weekend plans land in our laps, without an ounce of effort (nor a dollar bill being spent). 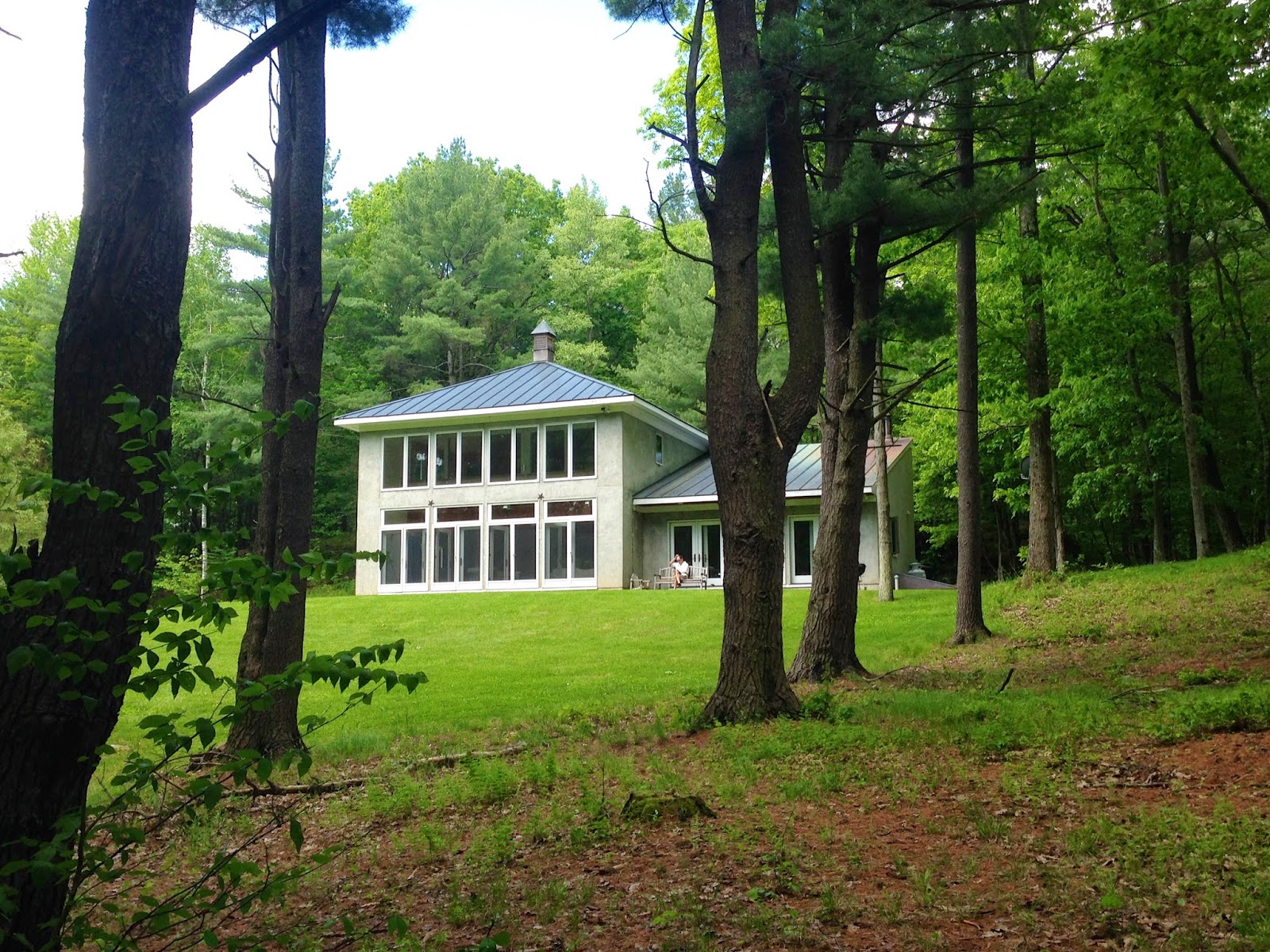 The "cabin" is actually a 3,000 square foot house on I don't know how many acres of land, including a lake.

We spent Saturday hiking, canoeing, going into the small town of Spencertown (a block long) and seeing their church and cemetery.  We found a turtle by the house and a mama deer and her newborn (who apparently was born on their front lawn the weekend before).  Mama and baby stuck on the property and made themselves seen four times on Saturday alone.  We saw a turkey vulture eating a snake, a mama duck and her dozen chirping chicks.  We barbequed veggies and had a dance party with the music blasting (no neighbors around that we could see).  We read, jumped on the trampoline and napped.  We swung on the rope swing, played catch and soccer.  And napped some more.

And that was just Saturday. 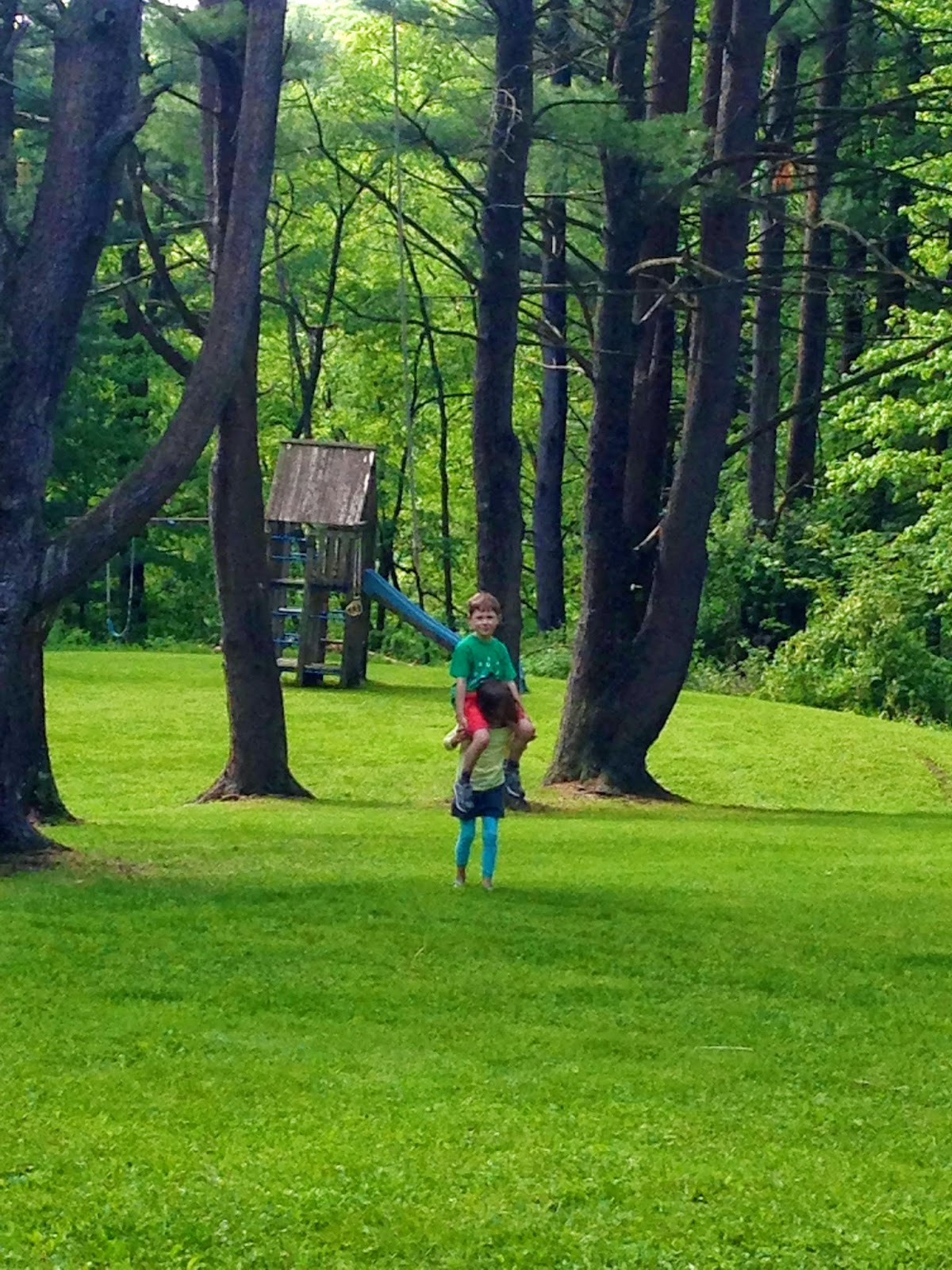 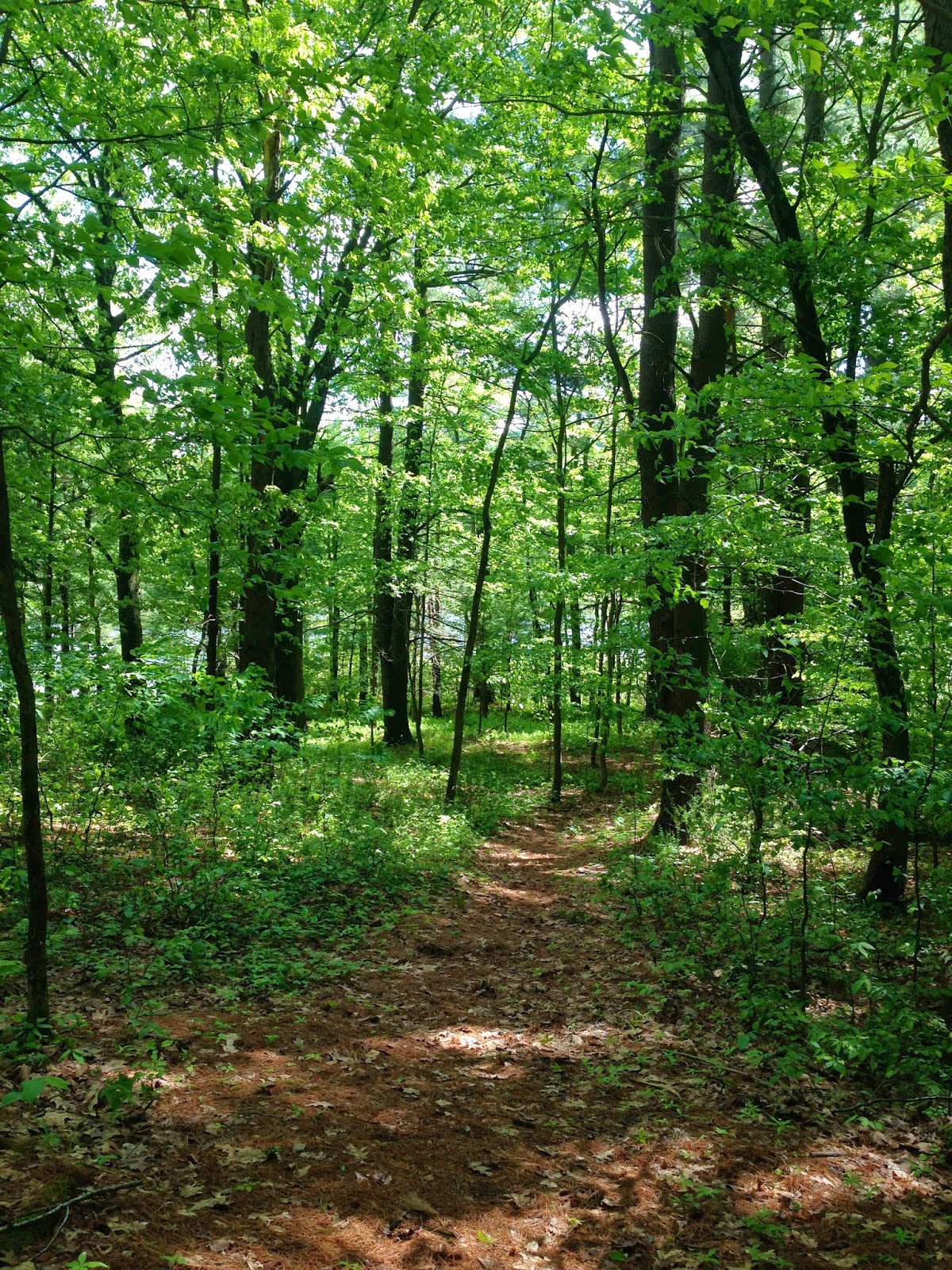 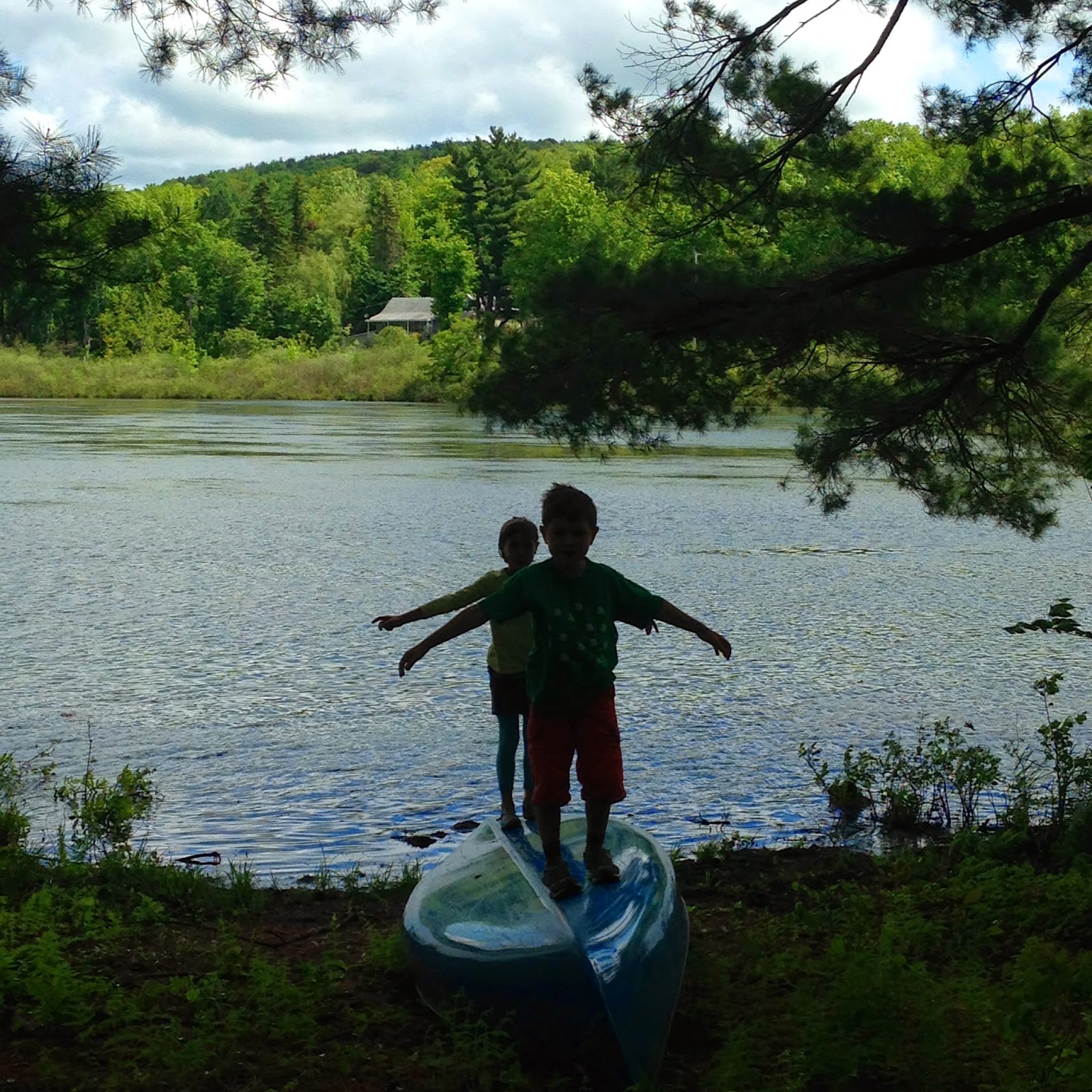 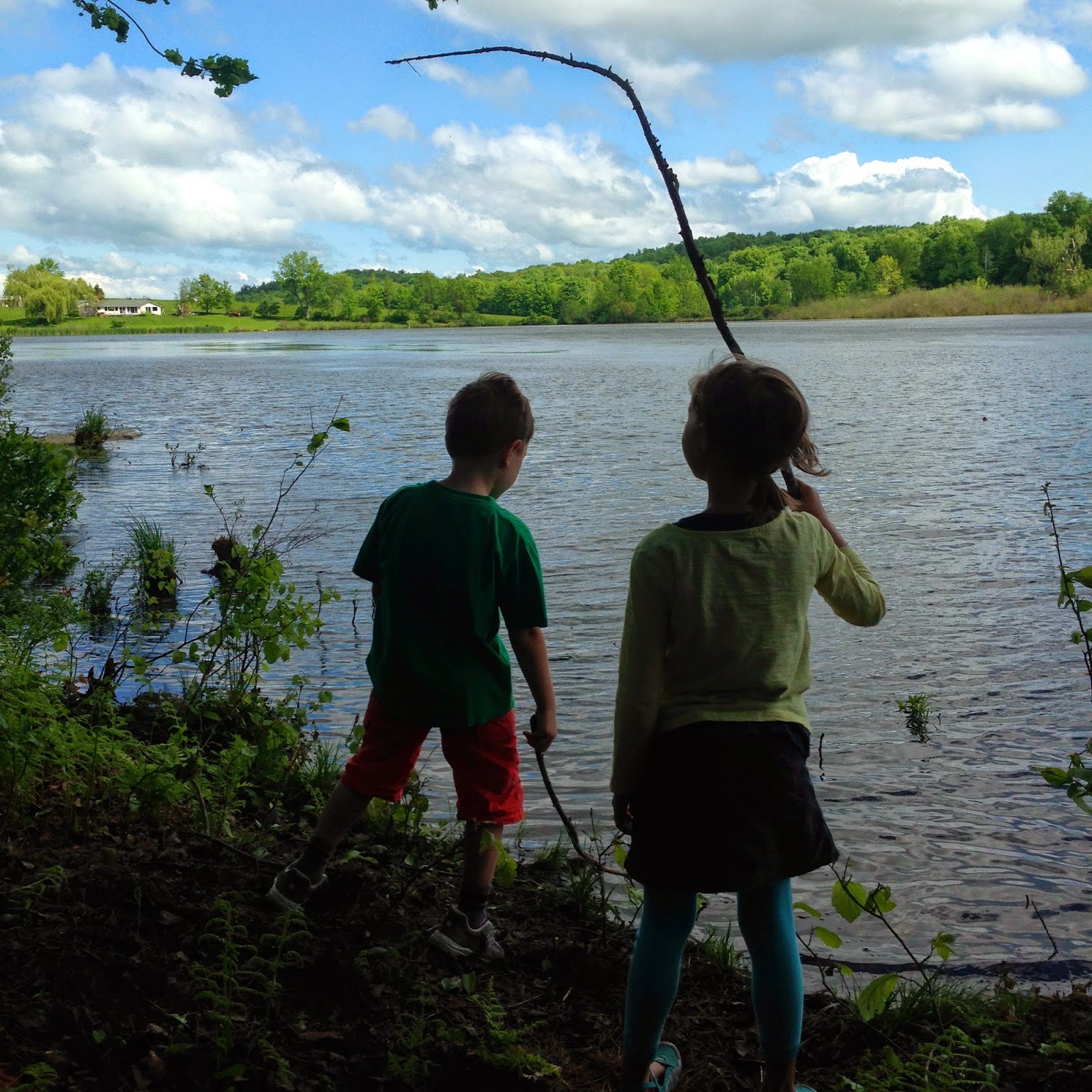 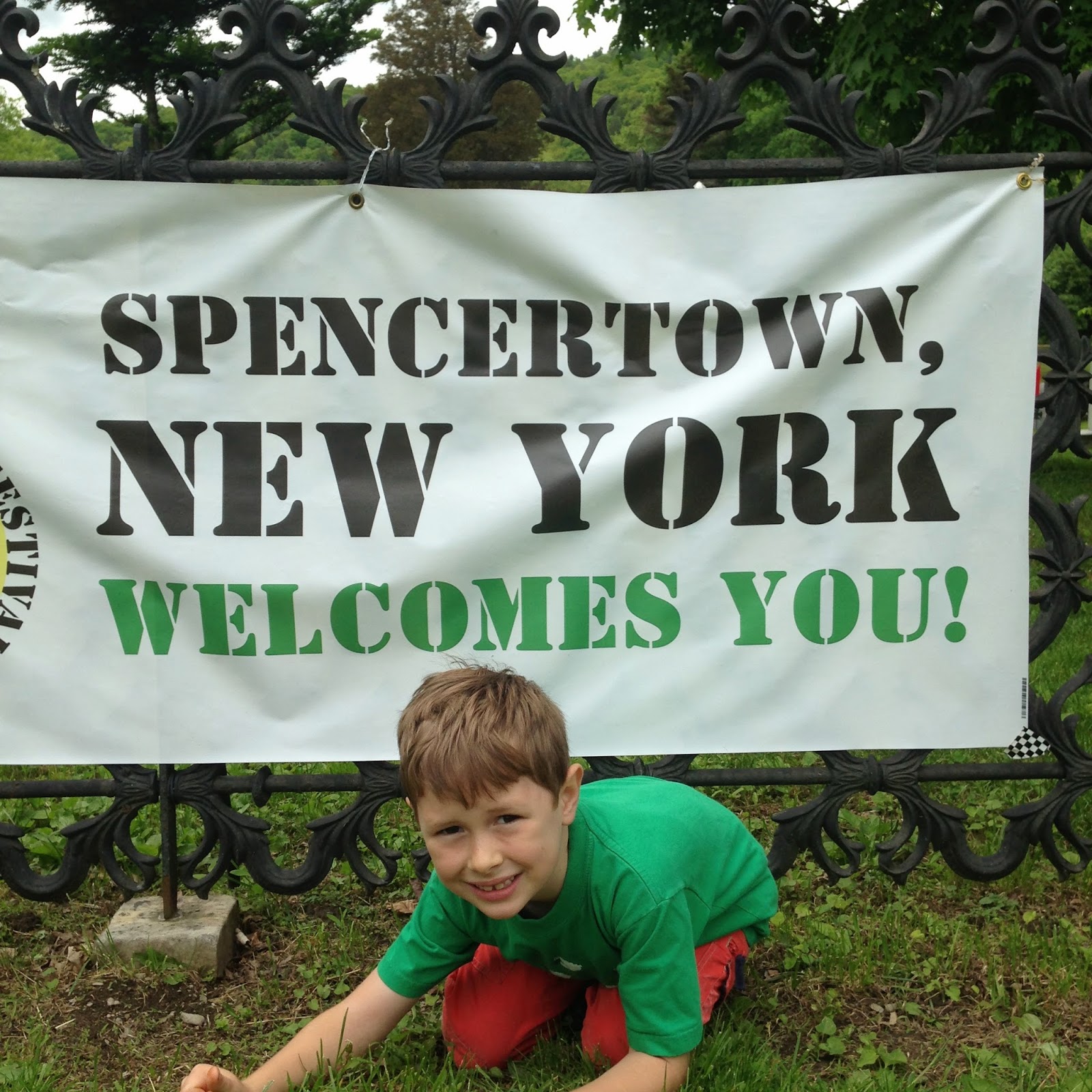 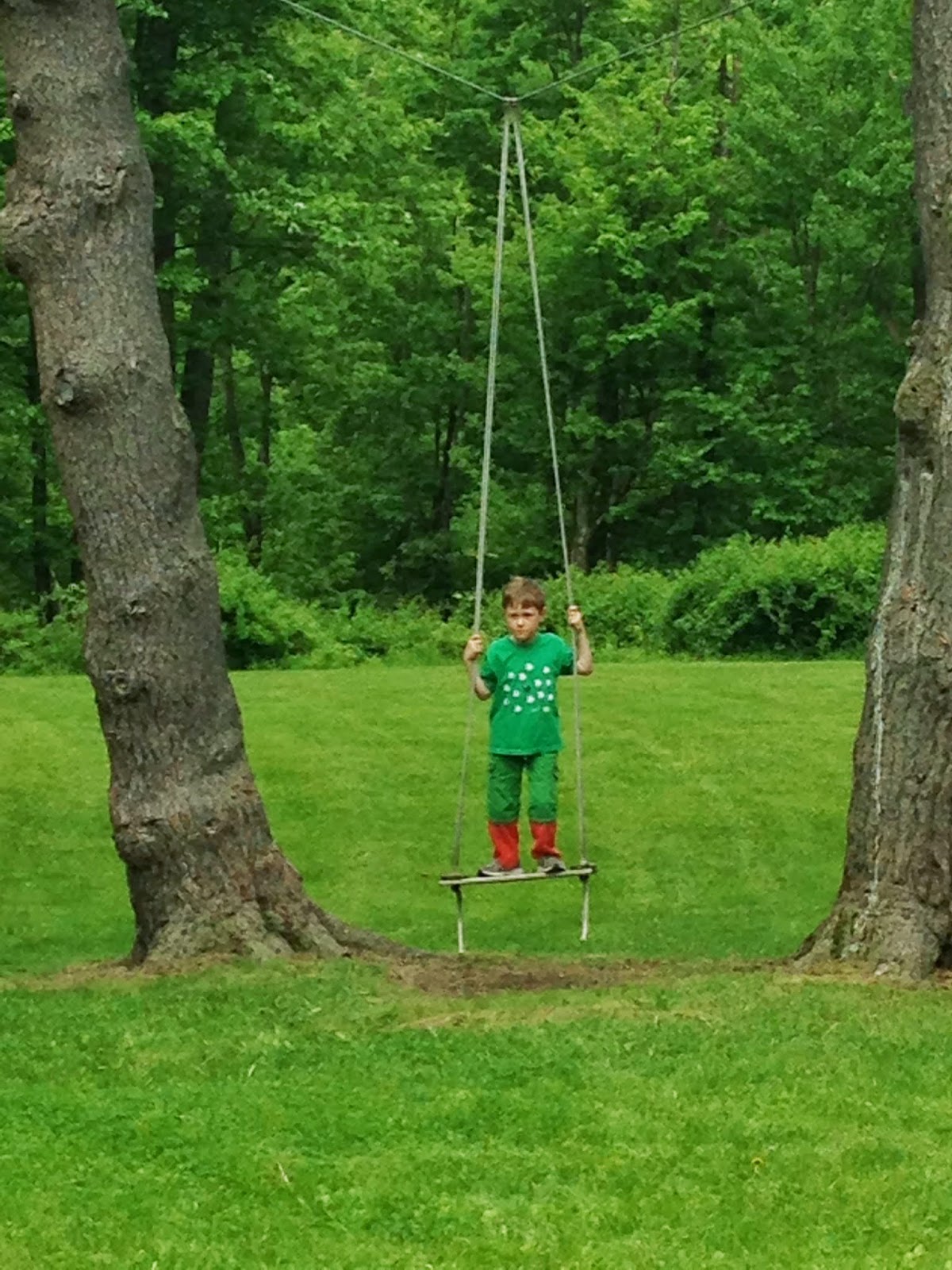 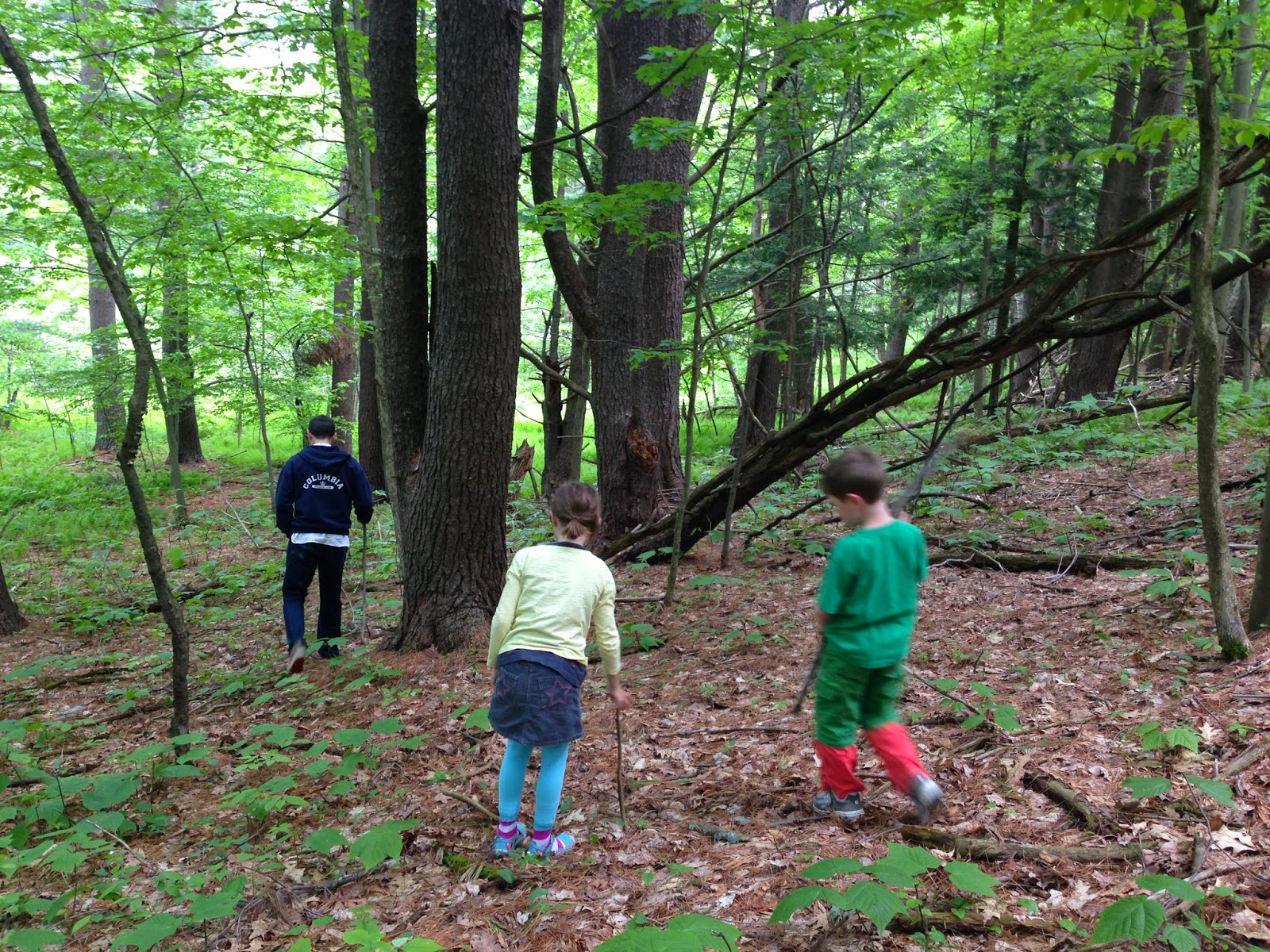 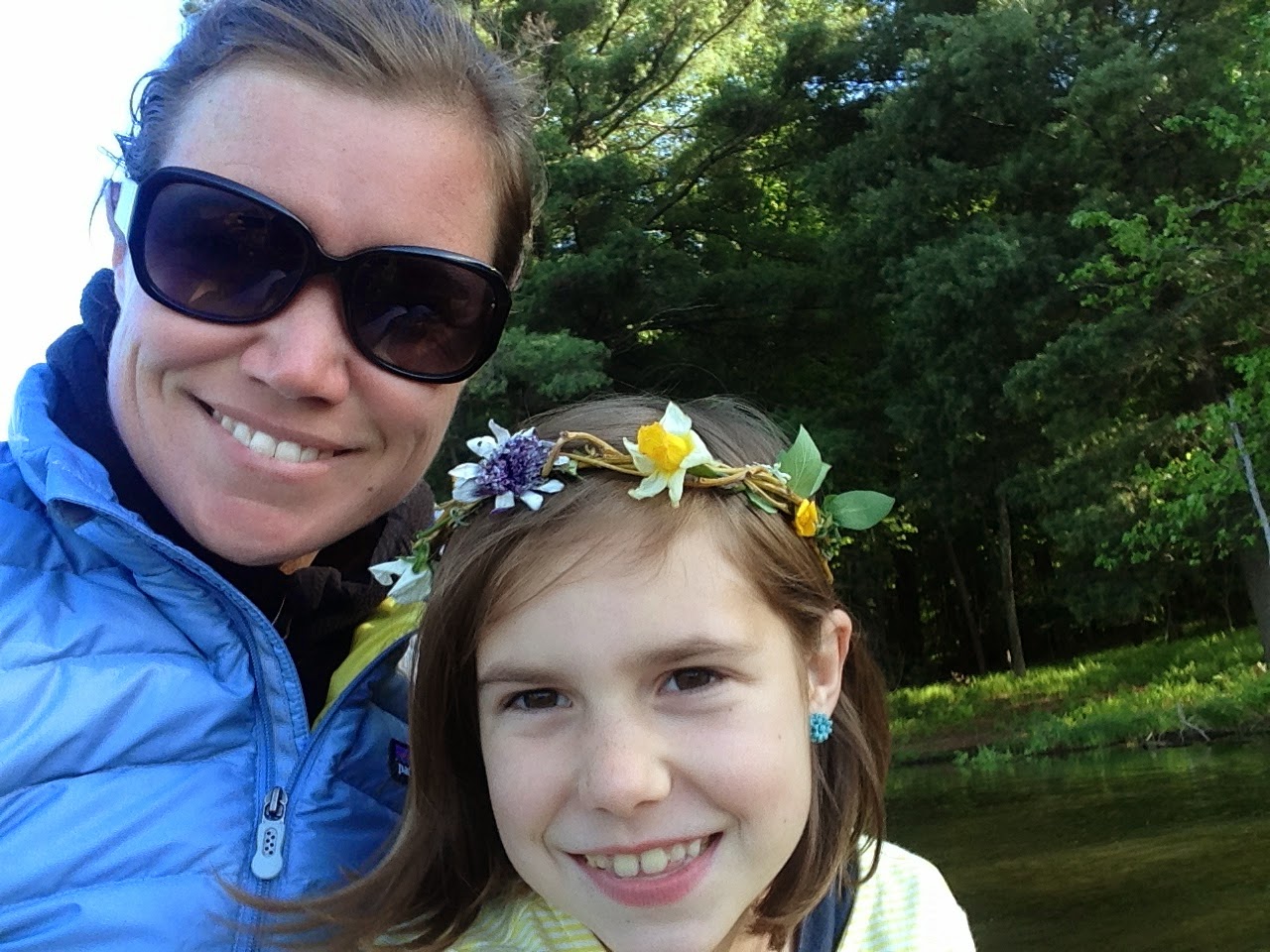 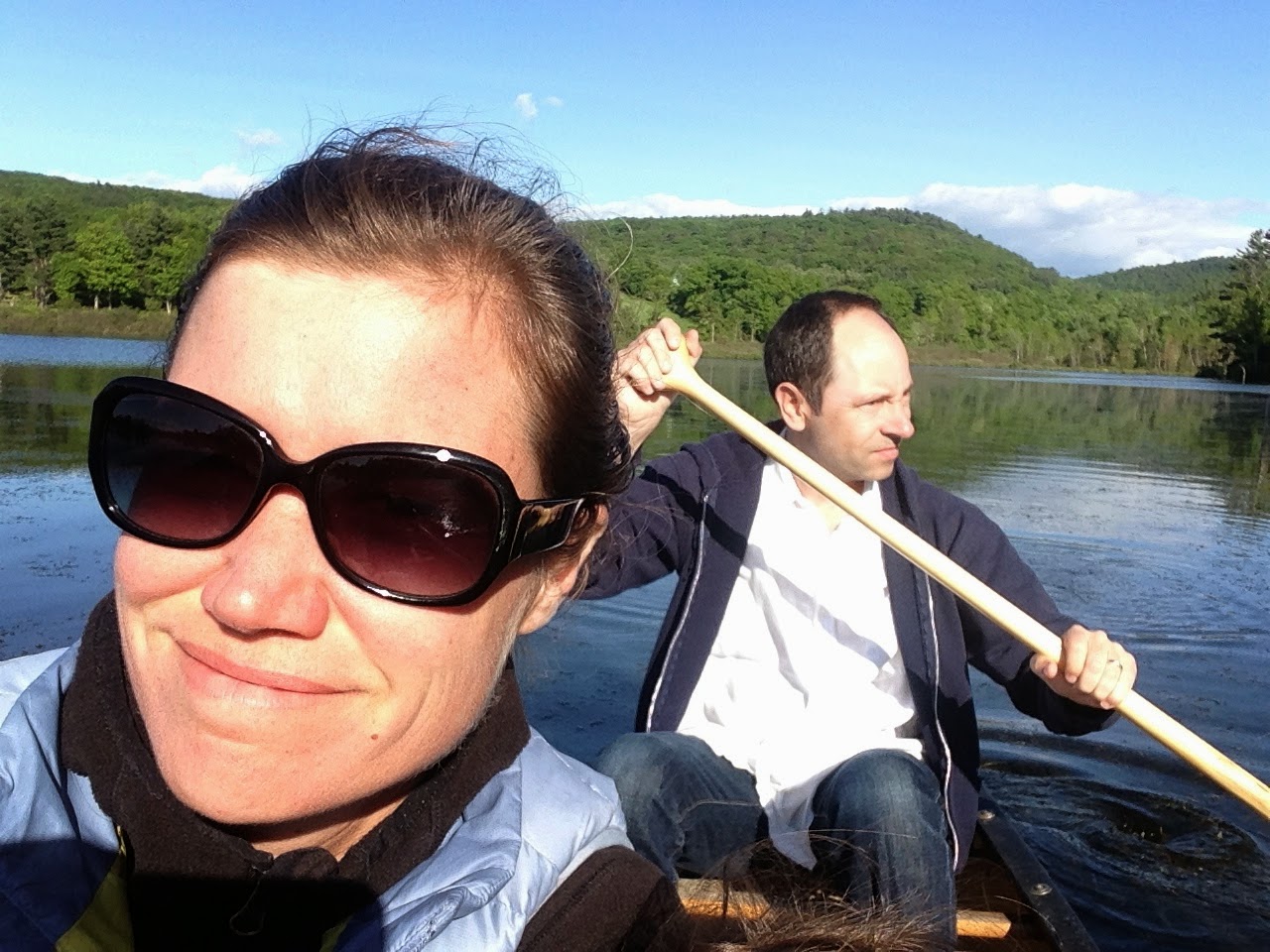 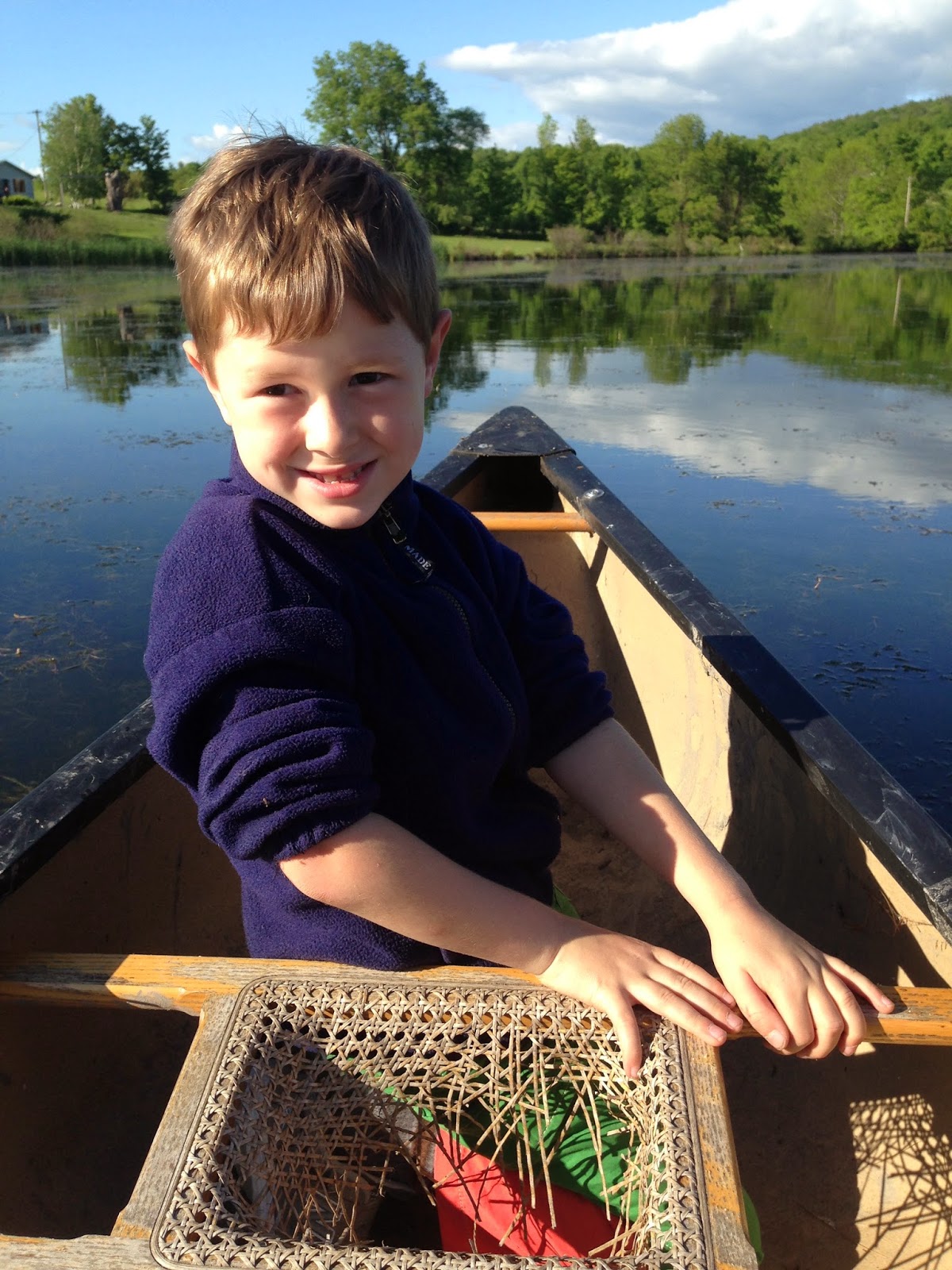 Sunday started off rough.  Holden found a tick burrowed where no man or little boy would ever want to find a tick.  Luckily, there were no neighbors to hear his blood curdling screams as Kevin and I took turns holding him down on the couch while the other pulled with the tweezers.  Having not gotten the entire tick out, I called his pediatrician's office who advised us to stop torturing him and just slather the poor thing in Neosporin.  Holden is a trooper and was ready to get on with our day.

We took our time getting back to the city and stopped in Beacon, New York, an adorable little town on the Hudson River about an hour and a half north of the city.  We went there specifically to see the museum Dia:Beacon.  It was Sunday, after all, and museums are our church.

Dia:Beacon is the Dia Art Foundation's museum for its modern art collection.  It is housed in an enormous old Nabisco factory with large, well-lit rooms with brick walls and big windows.  Not where you'd usually find art, but for the large scale pieces they had, it worked perfectly.  The highlight was seeing an exhibit of Richard Serra sculptures.  We had seen some of his pieces at Storm King already.  He works with large scale sheet metal and bends it into large curving sculptures.  But the museum itself, a large old factory on the banks of the Hudson River, is worth a visit alone. 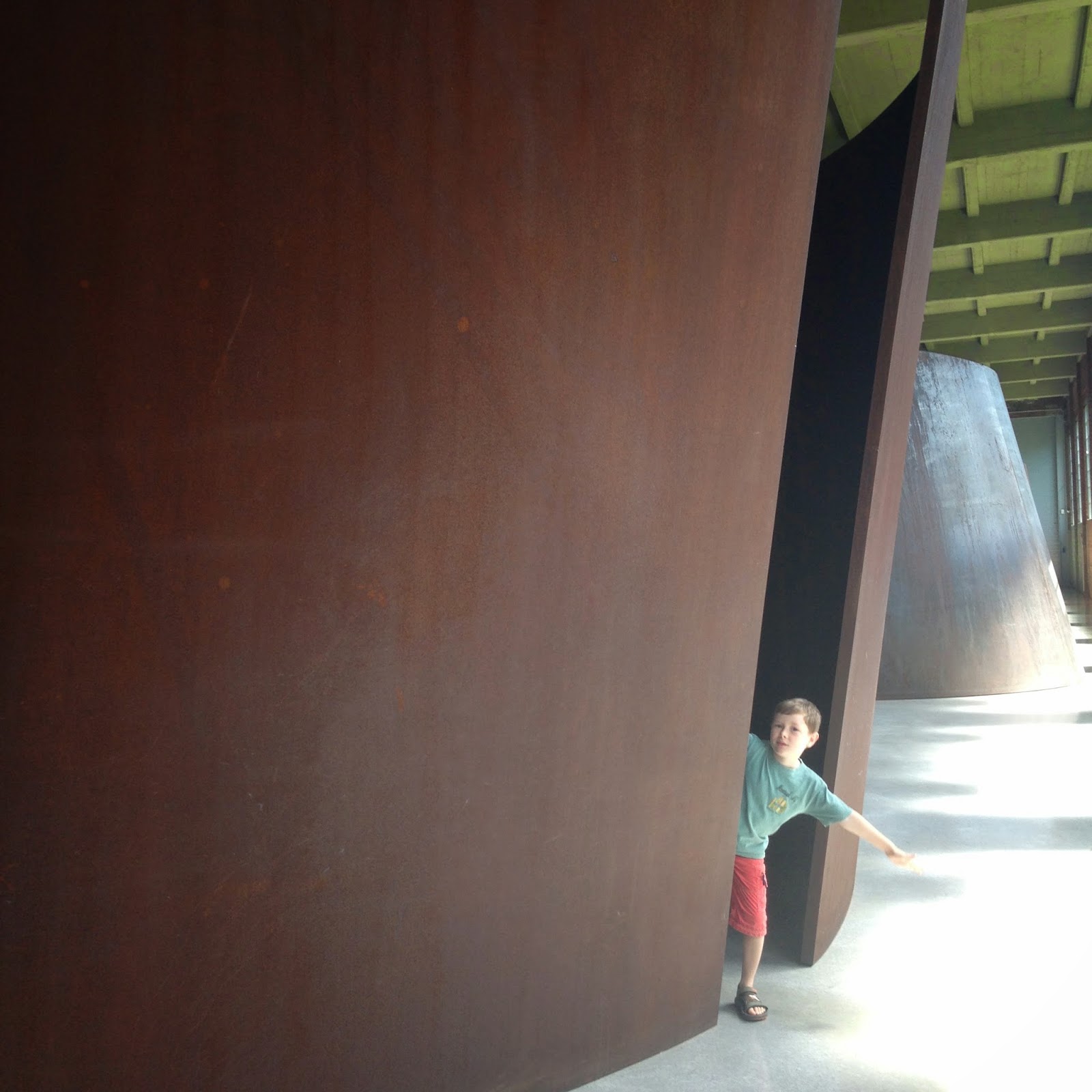 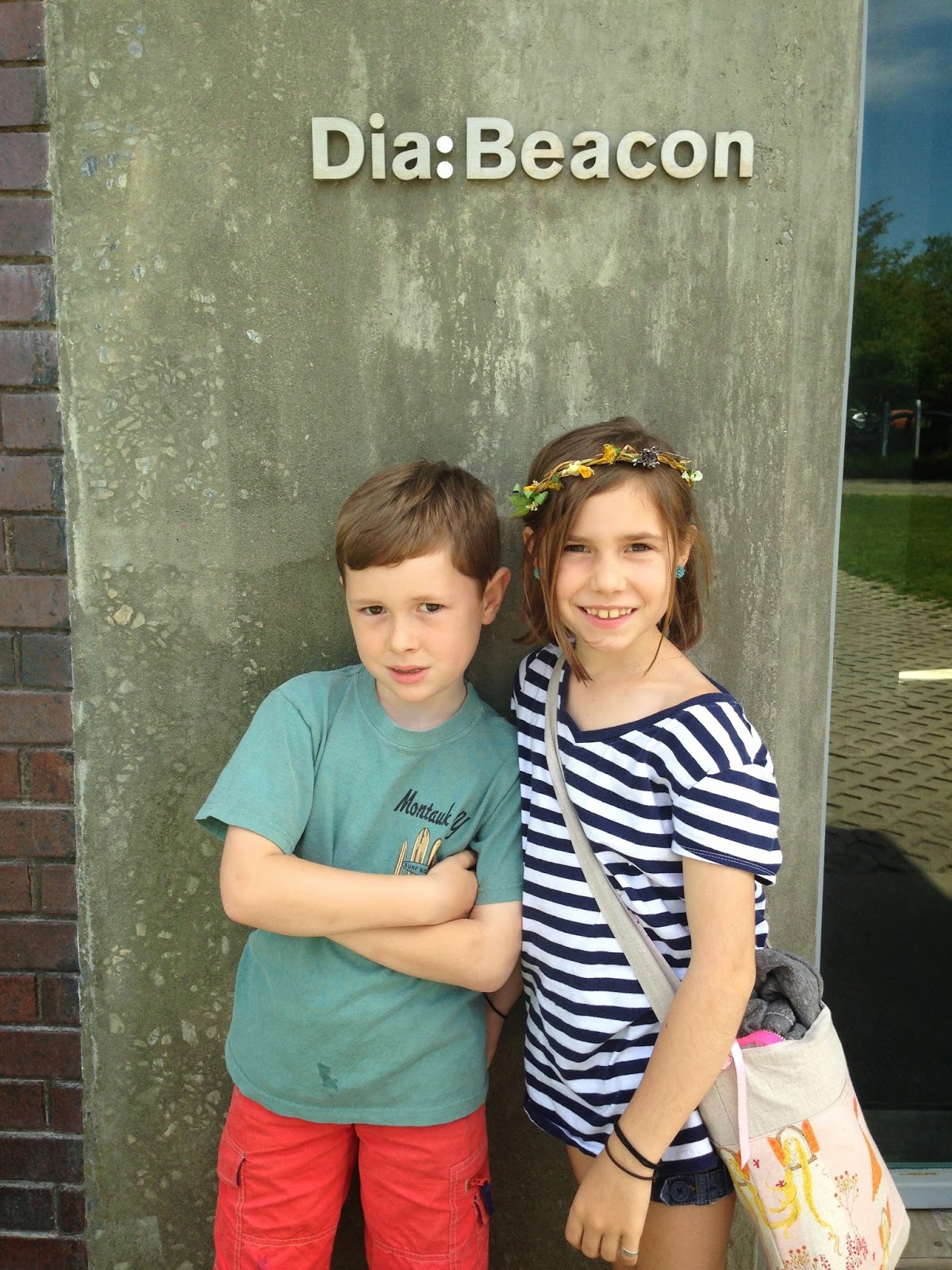 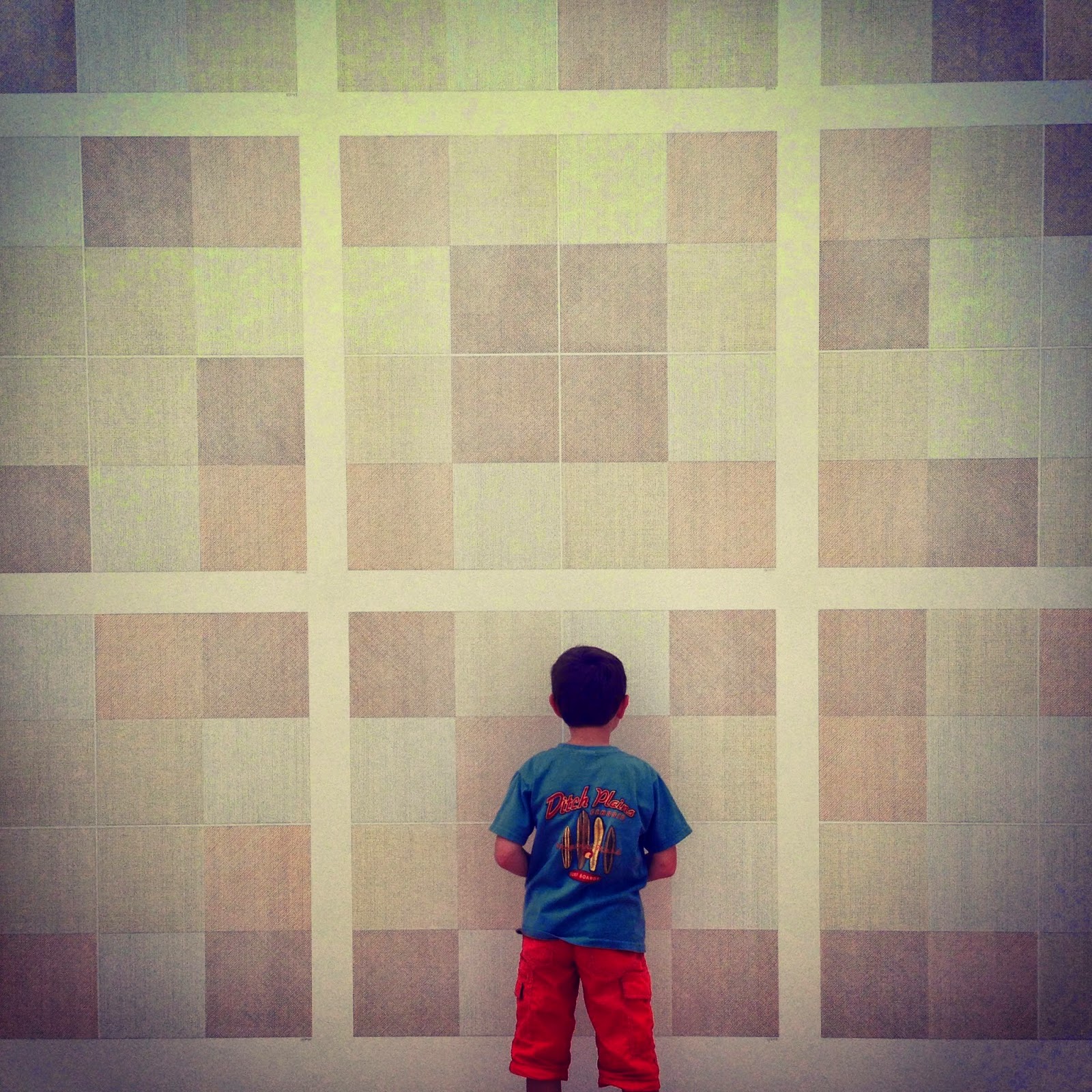 Having apparently spent too much time in museums, Holden walked into the gallery that had these paintings and said, "That's HUGE cubism!" to which Ella replied, "They really should have named it squarism.  Cubism is made of squares, not cubes."


Can't argue with that.