Long Weekends are Too Few

Every weekend should be a three day weekend.

We've accidentally started a tradition of starting long weekends or vacations with dinner at our favorite local Japanese restaurant and this Friday was no different. 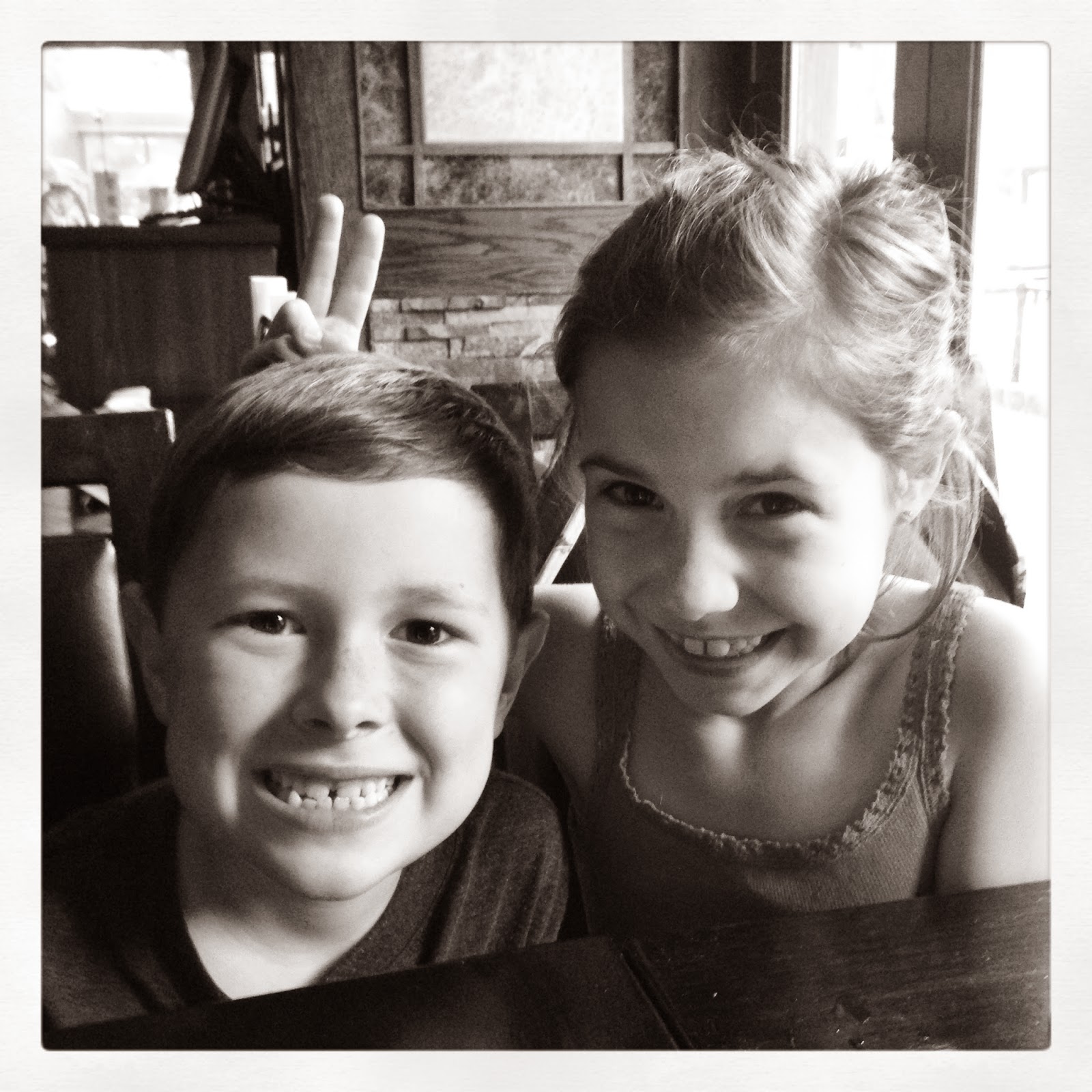 On Friday night our phones made a crazy alarm sound that we have never heard them make before and then texted us (from an unknown source) that we should beware of flash floods in the area.  We scratched our heads and looked around in confusion not only because our phones were behaving strangely, but because there was no rain outside.  Then it came.  It was like the skies opened up and a dam broke on top of us.

The rains lasted on and off throughout Saturday so we took advantage of a rainy day and got all of the boring things done.  We knew the forecast for Sunday and Monday was for clear skies and warm temps.  The kids finished homework, Ella finished a project on China that's due this week, they practiced piano and went to soccer (luckily, it's indoors).  By the afternoon I was going a little stir crazy in our small apartment and wanted to get out to see a movie.  We couldn't find any children's movies playing and so Ella and I decided to head down to Greenwich Village to a small independent theater and see a documentary.  Holden and Kevin had no interest (and I suspected that there might have been a Giants game playing) and so we had a girls afternoon of culture.  The movie was Finding Vivian Maier - a man buys a trunk filled with thousands of old film negatives at an auction and traced it back to Vivian Maier, a reclusive nanny whom no one knew was an incredible photographer.  Highly recommend it.  After the movie Ella and I headed deeper into the Village in search of a coffee house.  Greenwich Village is home to college students (NYU is there) and artists and bohemians.  It is safe to say that Ella was the only child under 15 in the entire neighborhood.  We settled on a dark cafe where Ella ordered tea and cake and felt completely grown up.  She said the cafe made her feel like she was in Italy. 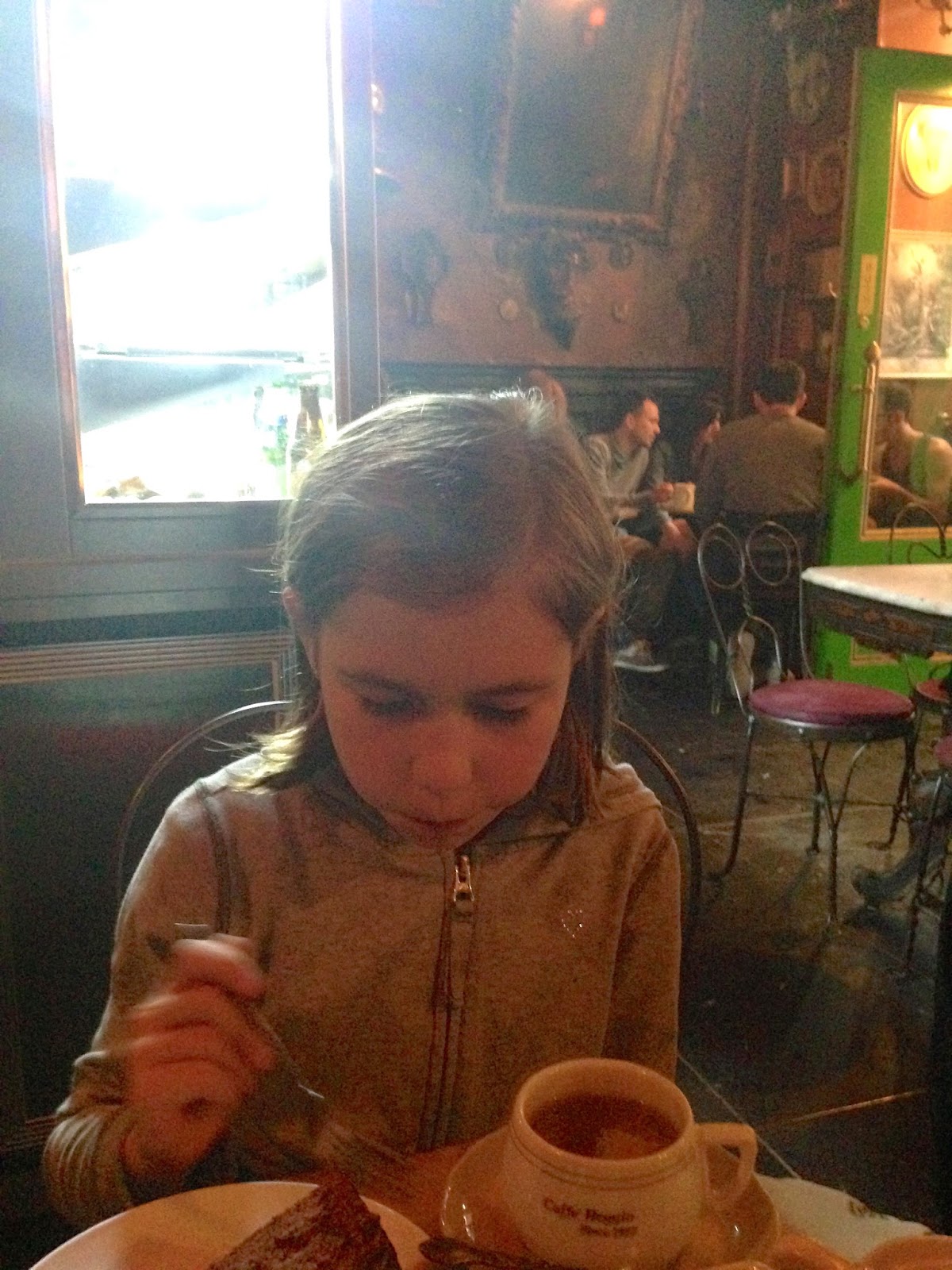 The meteorologists were correct about Sunday - warm and sunny all day.  So we made our way to Central Park and didn't leave for 8 hours.  We rolled out a blanket and Holden packed one of every kind of ball he owns and the kids played.  And played.  And climbed a tree.  And played. 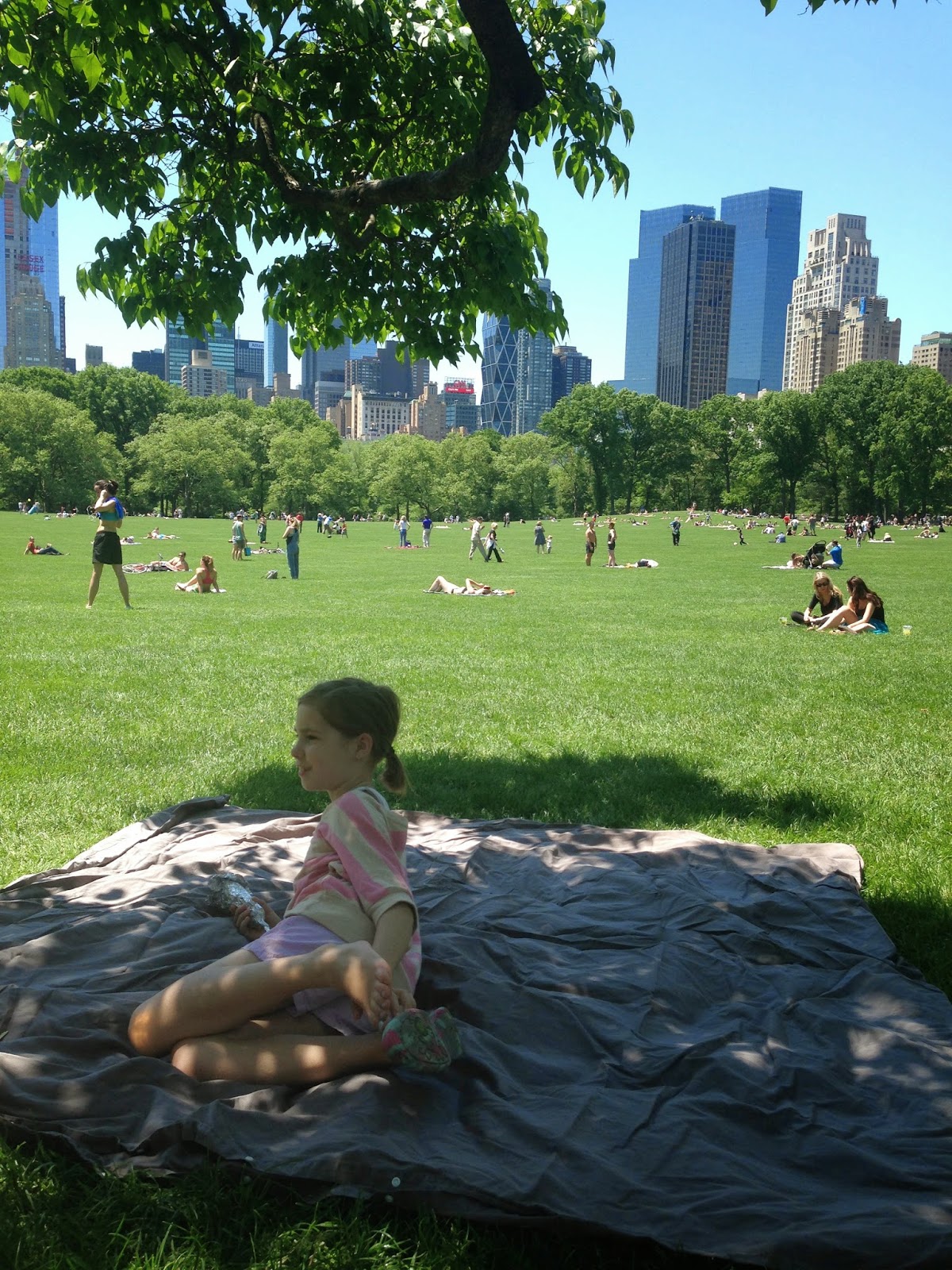 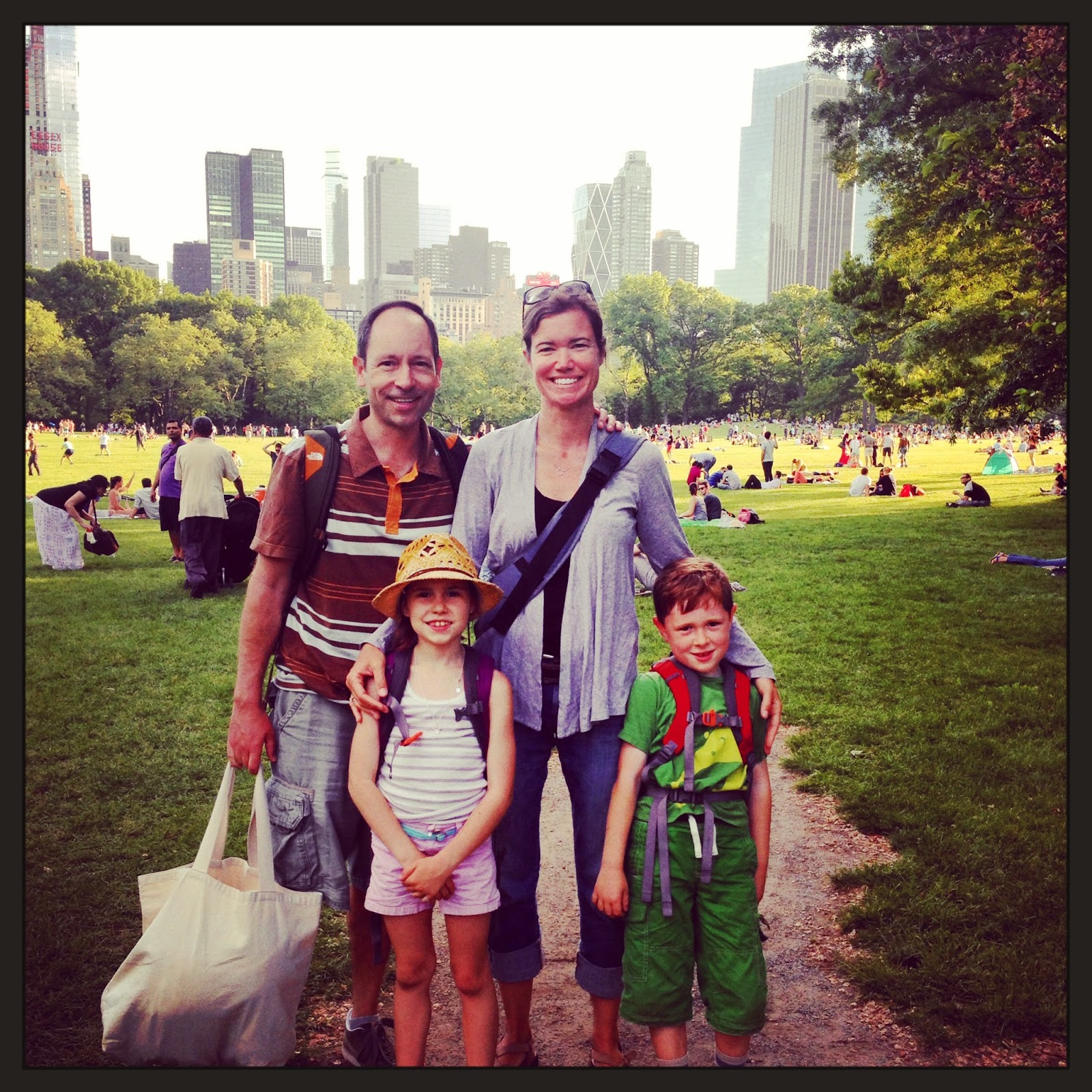 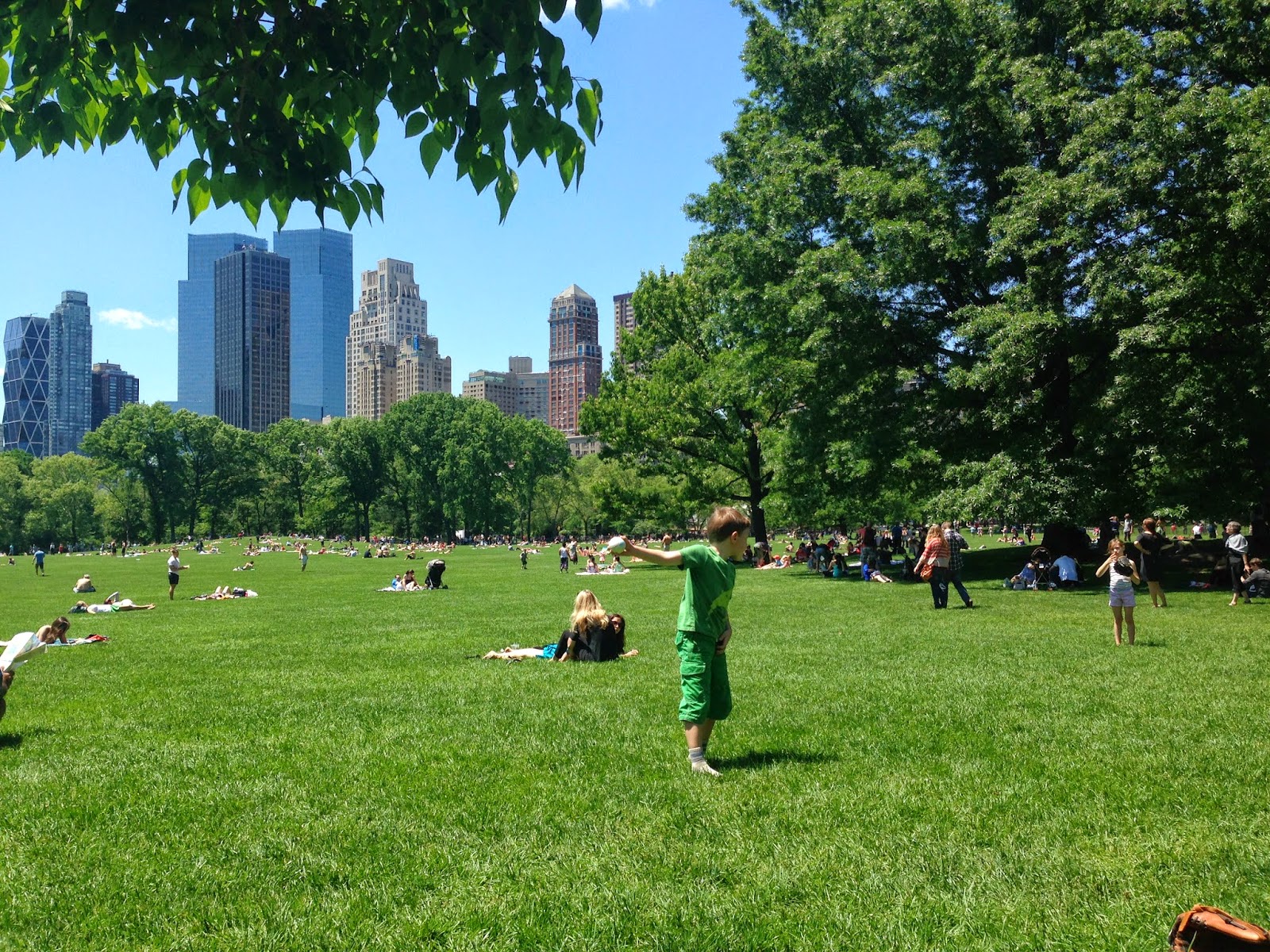 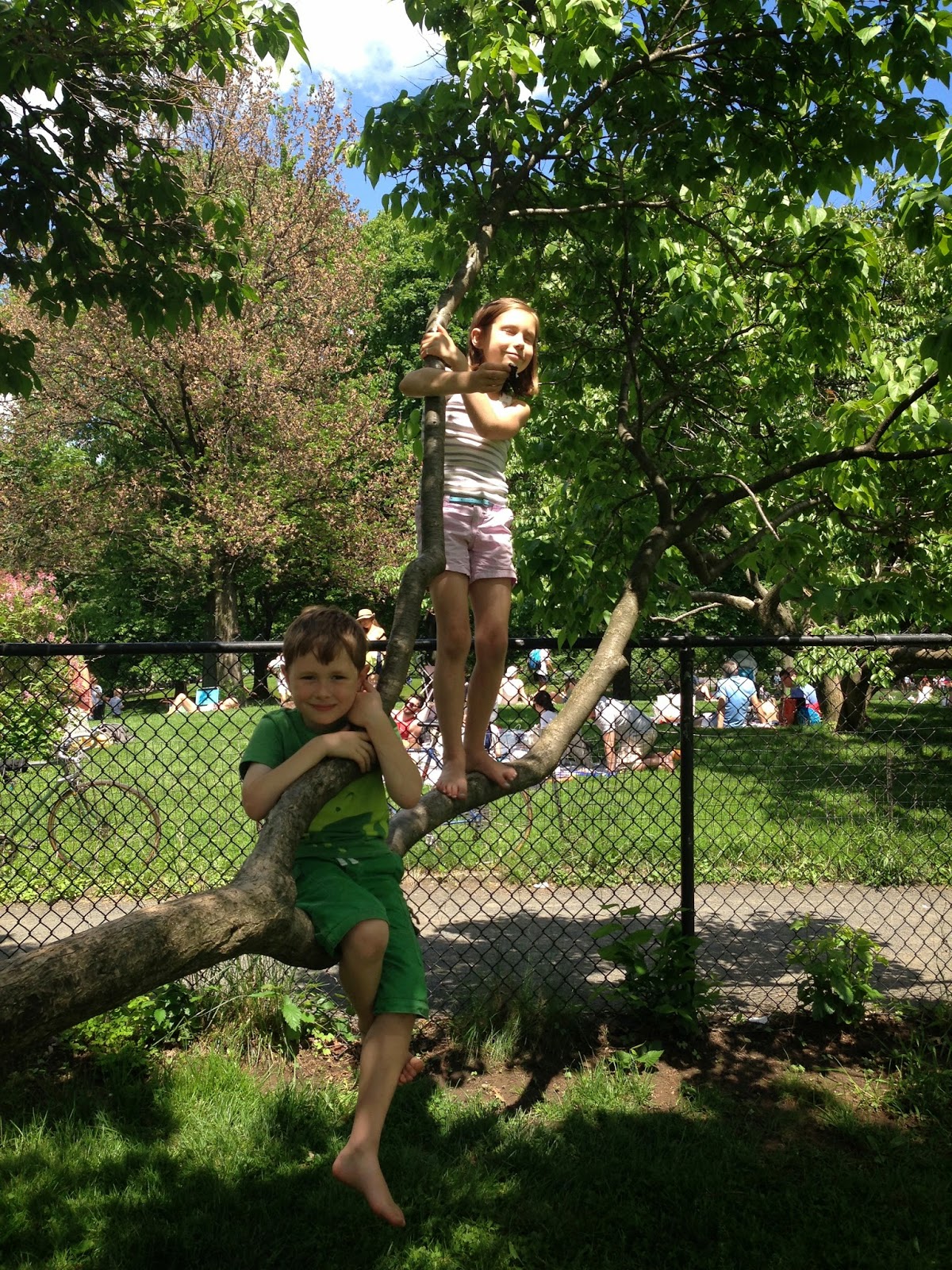 In the afternoon our friends the Cooneys, who just moved to suburban Philadelphia from the Bay Area, met up with us.  They have 3 sons around the same ages as our kids and it was mayhem. 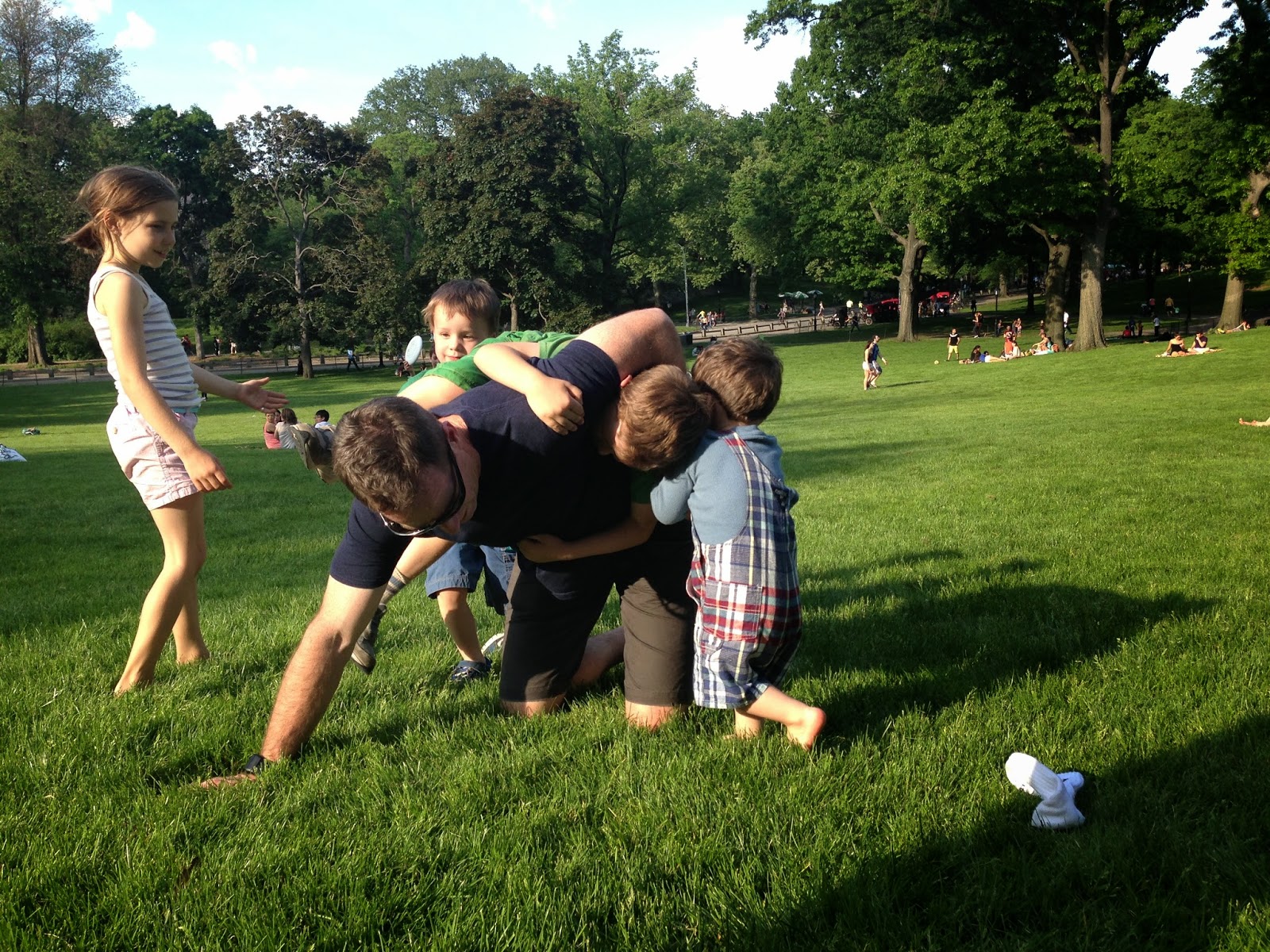 The idea of sitting in a restaurant with five children under the age of 8 seemed like a disaster waiting to happen, so we ordered pizzas and brought them to our backyard. 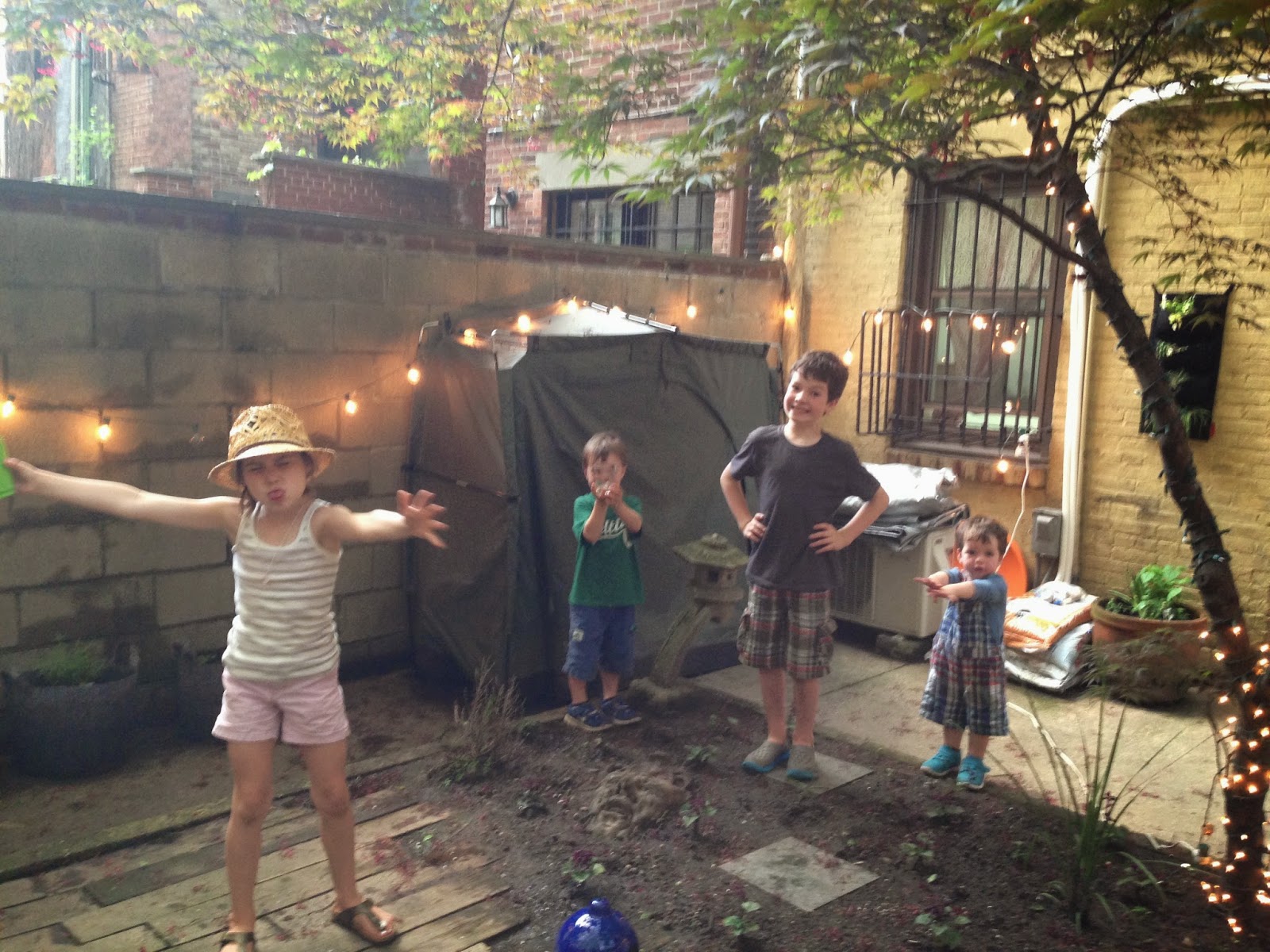 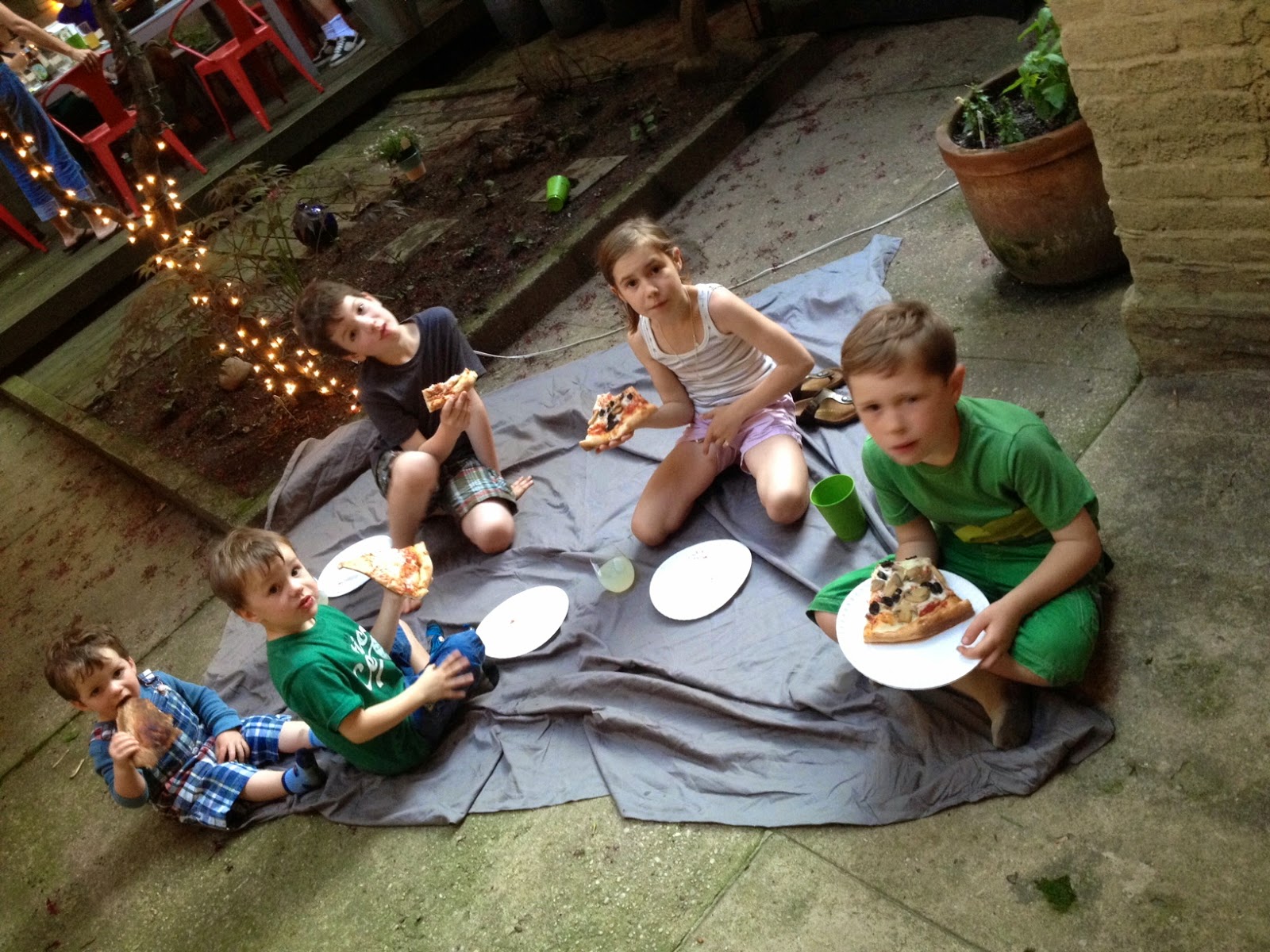 The kids didn't get to bed until 10pm after a non-stop day of action, so the next morning was challenging...

Again, another beautiful day, perhaps even a bit too hot at the mid-80s.  We fulfilled our promise to Holden to go to the Bronx Zoo.  Probably not our best idea on a holiday.  It felt a bit like Disneyworld with the crowds and heat.  And with two tired kids, there were a couple mini-meltdowns. 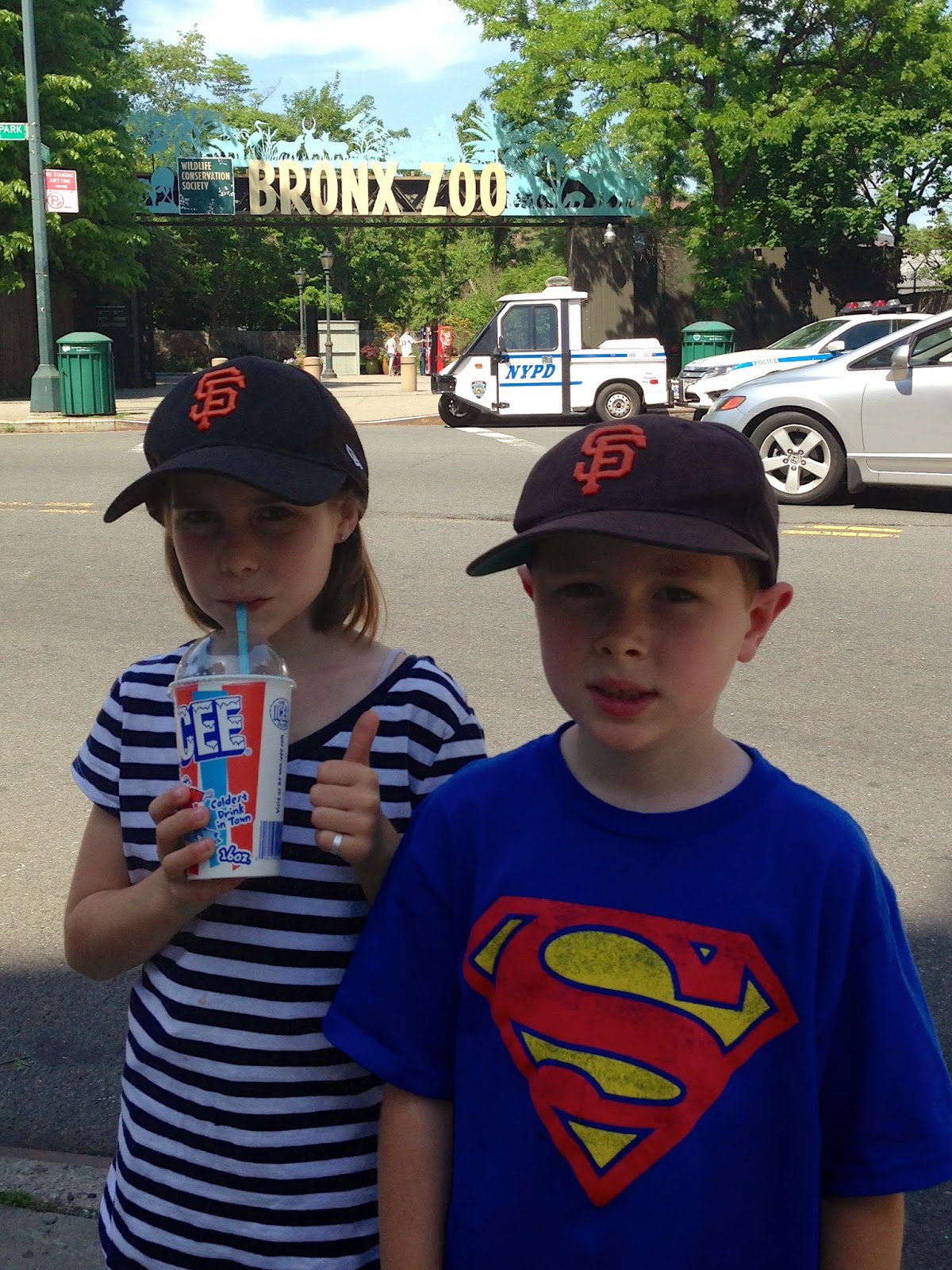 Being bribed with Icees for good behavior 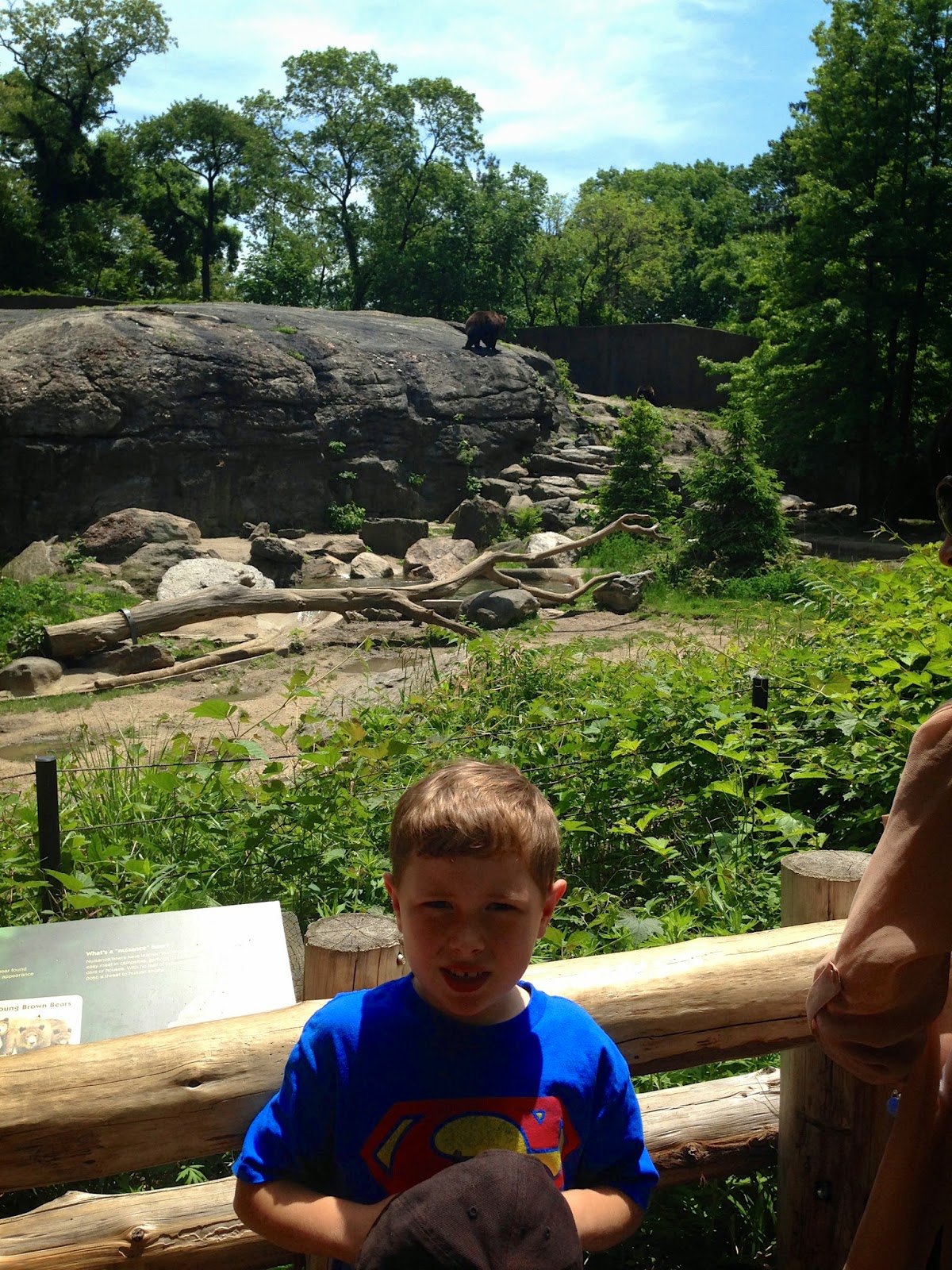 We rode the monorail for the first time, which takes you around the perimeter of the zoo - gorgeous. 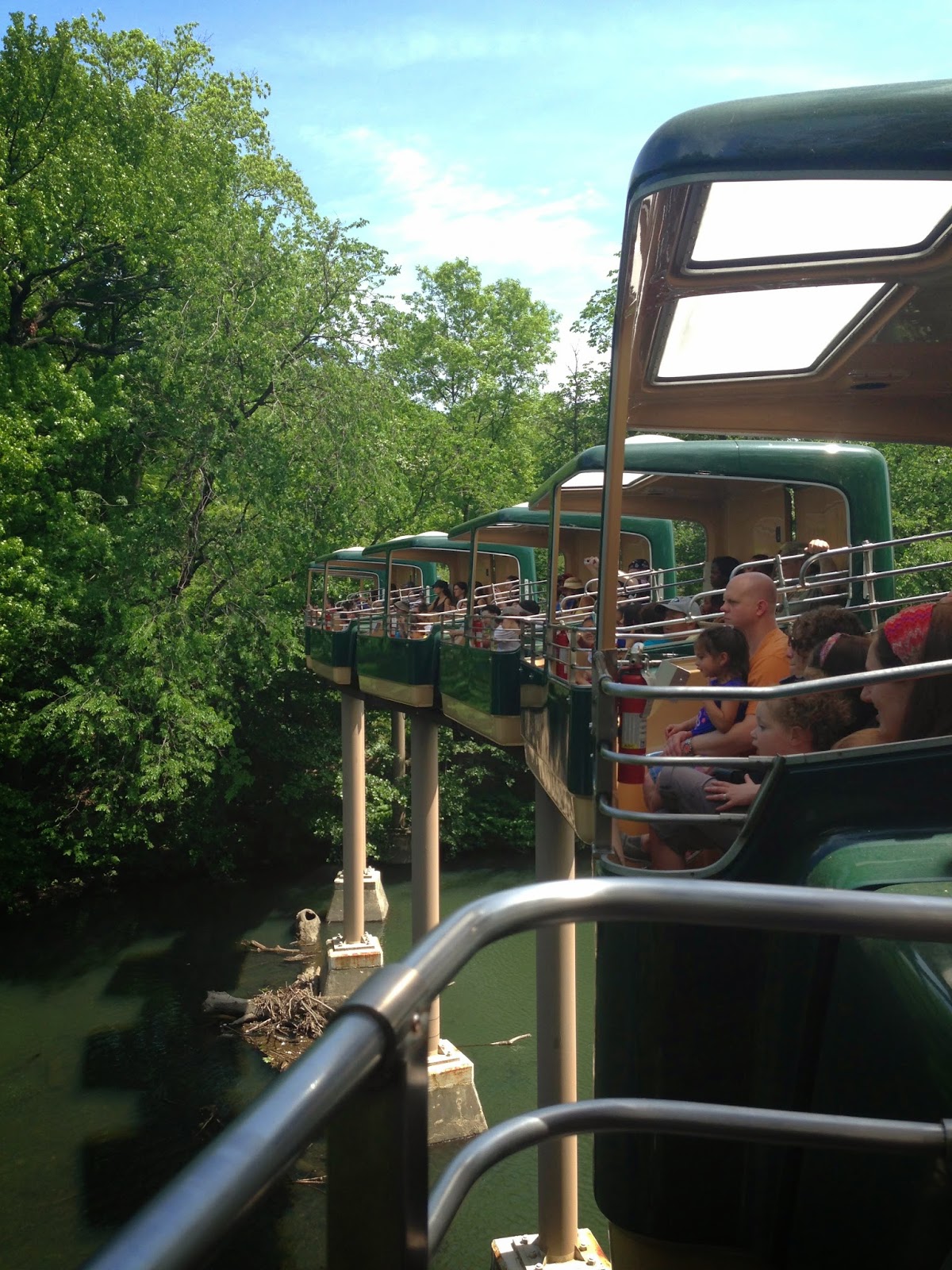 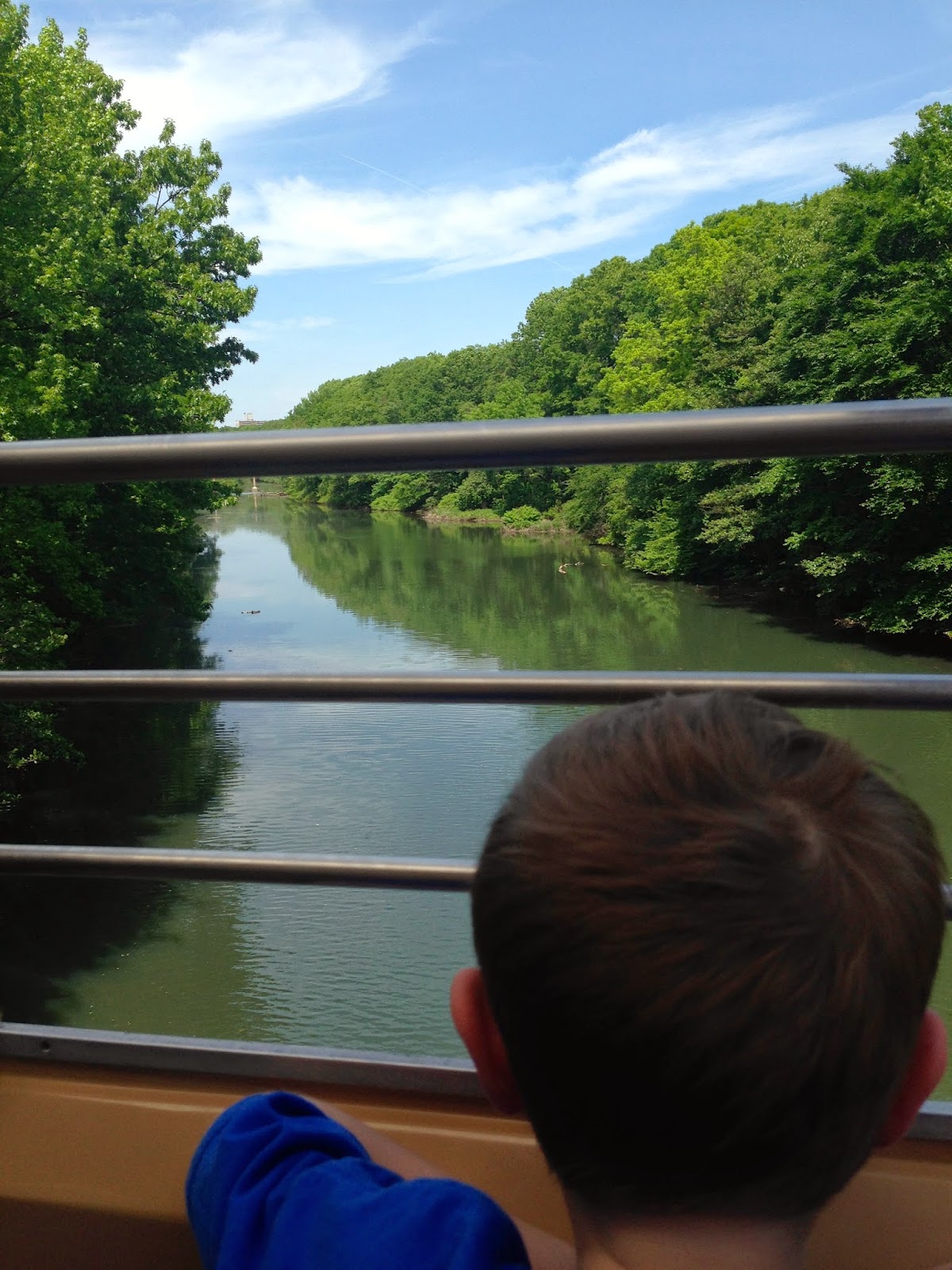 And at the suggestion of our piano teacher Kiara, we made our way from the zoo over to Little Italy in the Bronx.  Now this was what I had pictured when we tried Little Italy in Manhattan but was disappointed at how touristy it was.  Little Italy in the Bronx is the real deal, with guys sitting at outdoor tables who look like extras in The Sopranos.   Pizza places and Italian restaurants all up and down Arthur Street.  There's a real difference in feeling walking around the Bronx compared to walking around Manhattan.  I've never felt unsafe yet in Manhattan, even late at night.  But the streets in the Bronx were quieter, rougher feeling and not a tourist in sight.  We did have a delicious lunch though. 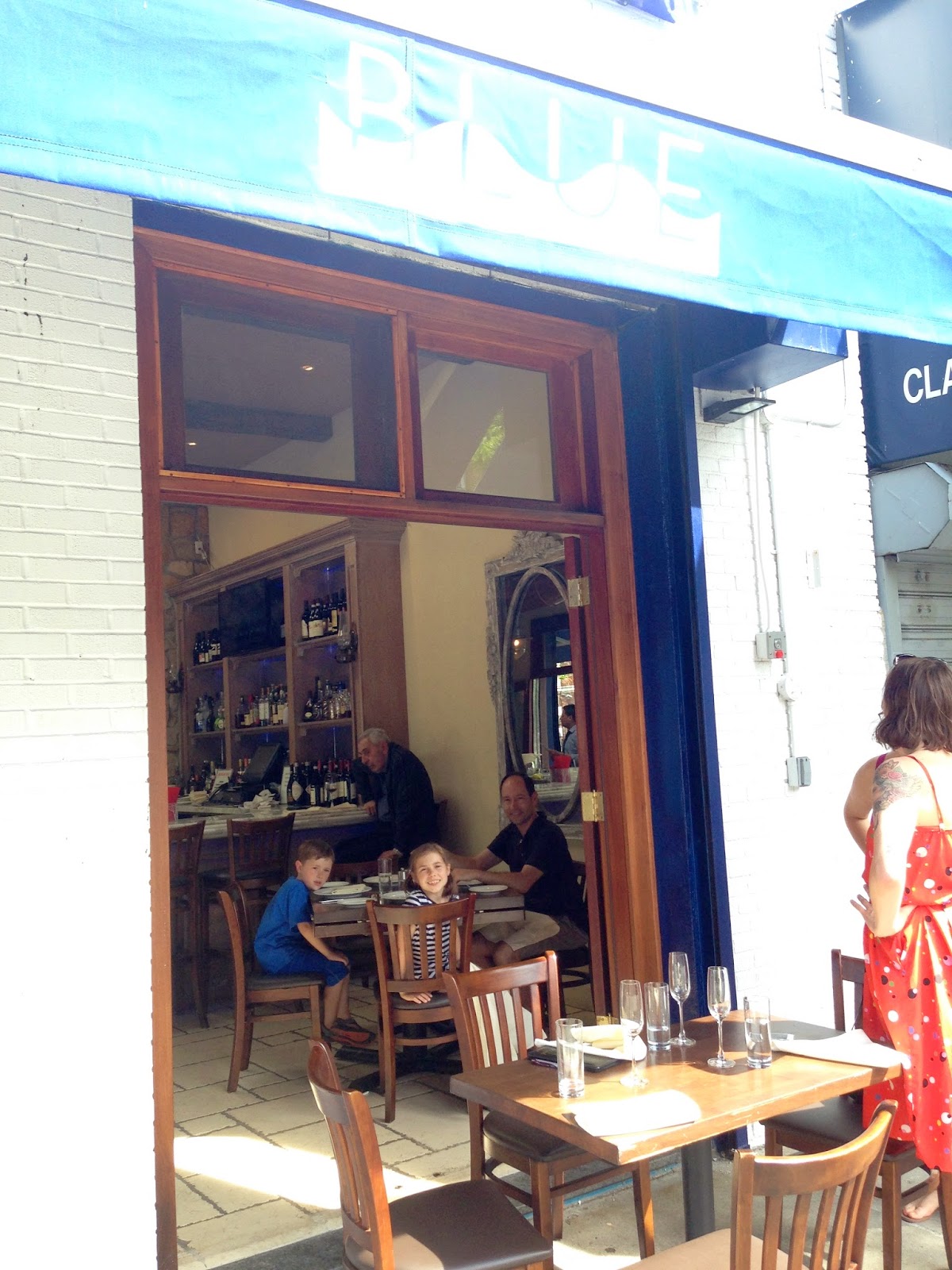 The waiter was a little taken aback when Ella ordered her own plate of mussels.  She'd never tried them before and really want to and Kevin and I weren't going to suppress her sense of adventure. 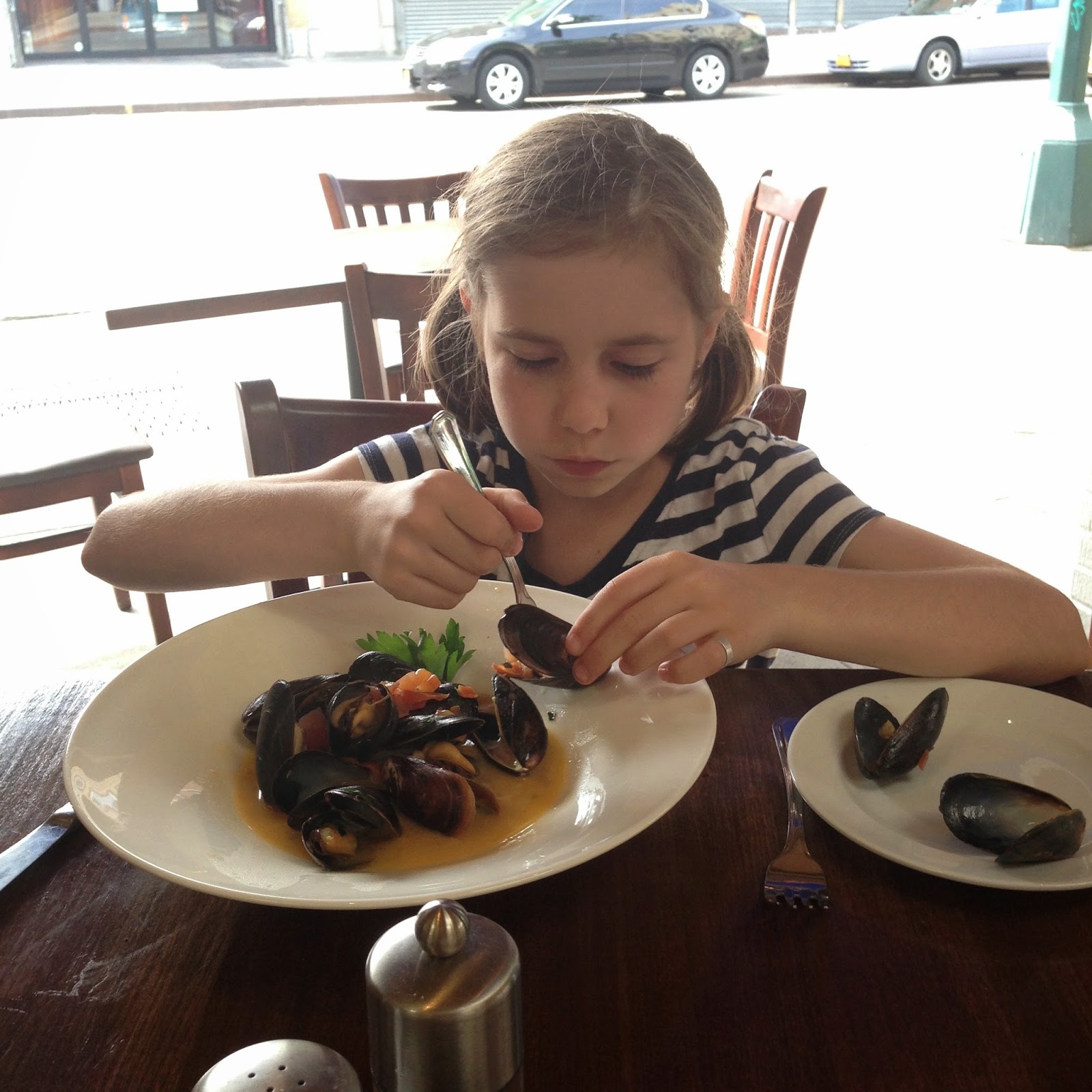 I'm happy to report that she loved them and ate every last one.


Here's an example of Holden's sense of adventure: 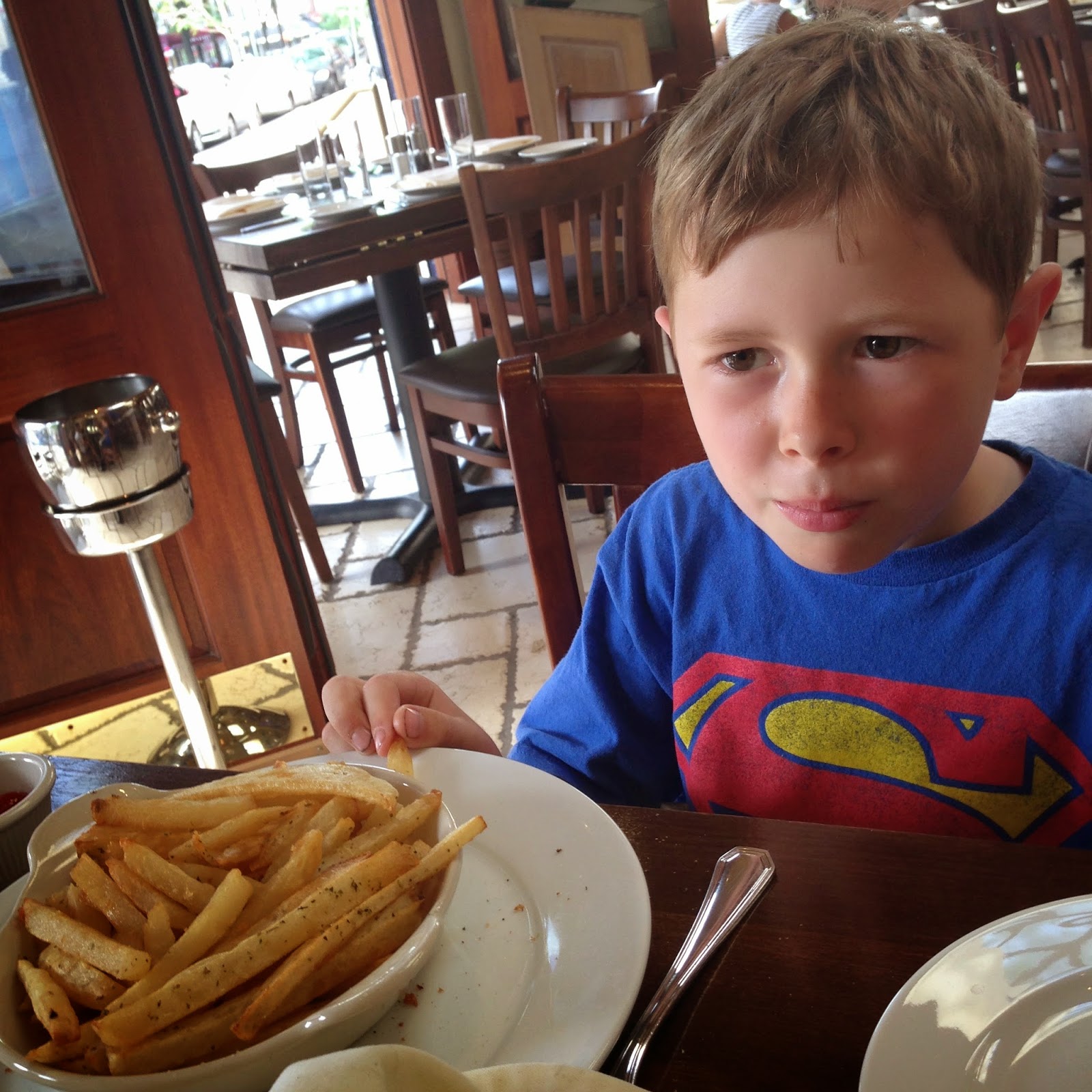 We had a long subway ride home to end an active weekend.  Here's what we look like on the subway. 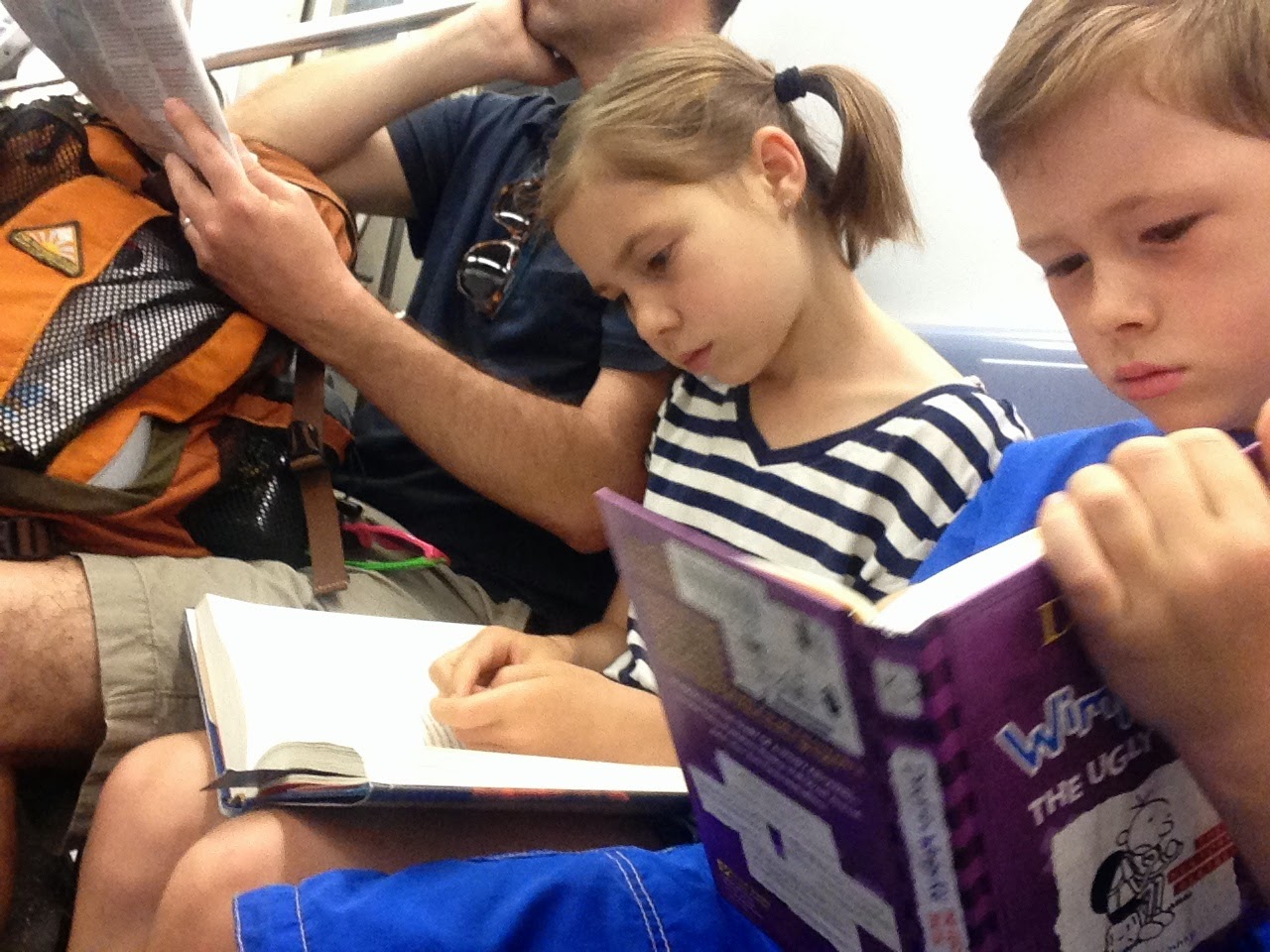 A couple weeks ago a young African American man came up to me on the subway and said how refreshing it was to see my kids reading instead of with their noses stuck in an electronic device.  I was so flattered and thankful that he took the time to tell me that.

I hope you all had a happy and fun holiday weekend.