Monday was a rare sunny day in Manhattan so as much as I know Mom didn't want to run all over the city again, I couldn't let us stay inside on such a beautiful day. 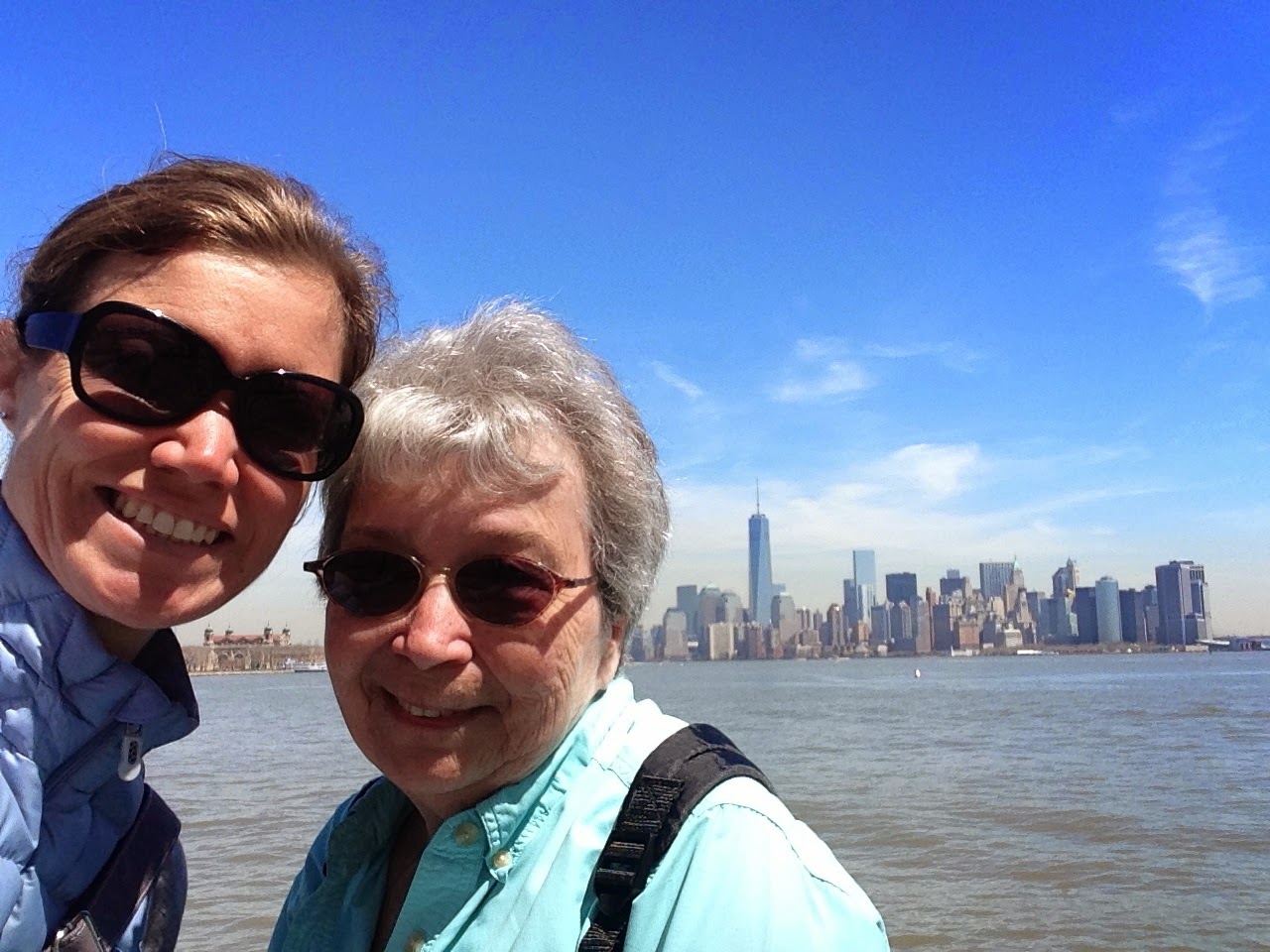 The plan was to take the Staten Island Ferry round trip so we could just do a drive by of the Statue of Liberty.  Plus, the ferry is free.  But note to all tourists coming to New York City: the Staten Island Ferry doesn't run on Mondays.  Go figure.  So instead we did an official Statue of Liberty cruise complete with a stop at both Liberty Island (where she stands) and Ellis Island.  It was also complete with a lot of standing in lines.  If it was this crowded on a random Monday in April (Spring Break is over), then I can't even imagine how horrific the crowds and lines are mid-summer.  Anyhoo, we still had a fun day in the sun, on the water, wandering around the two islands. 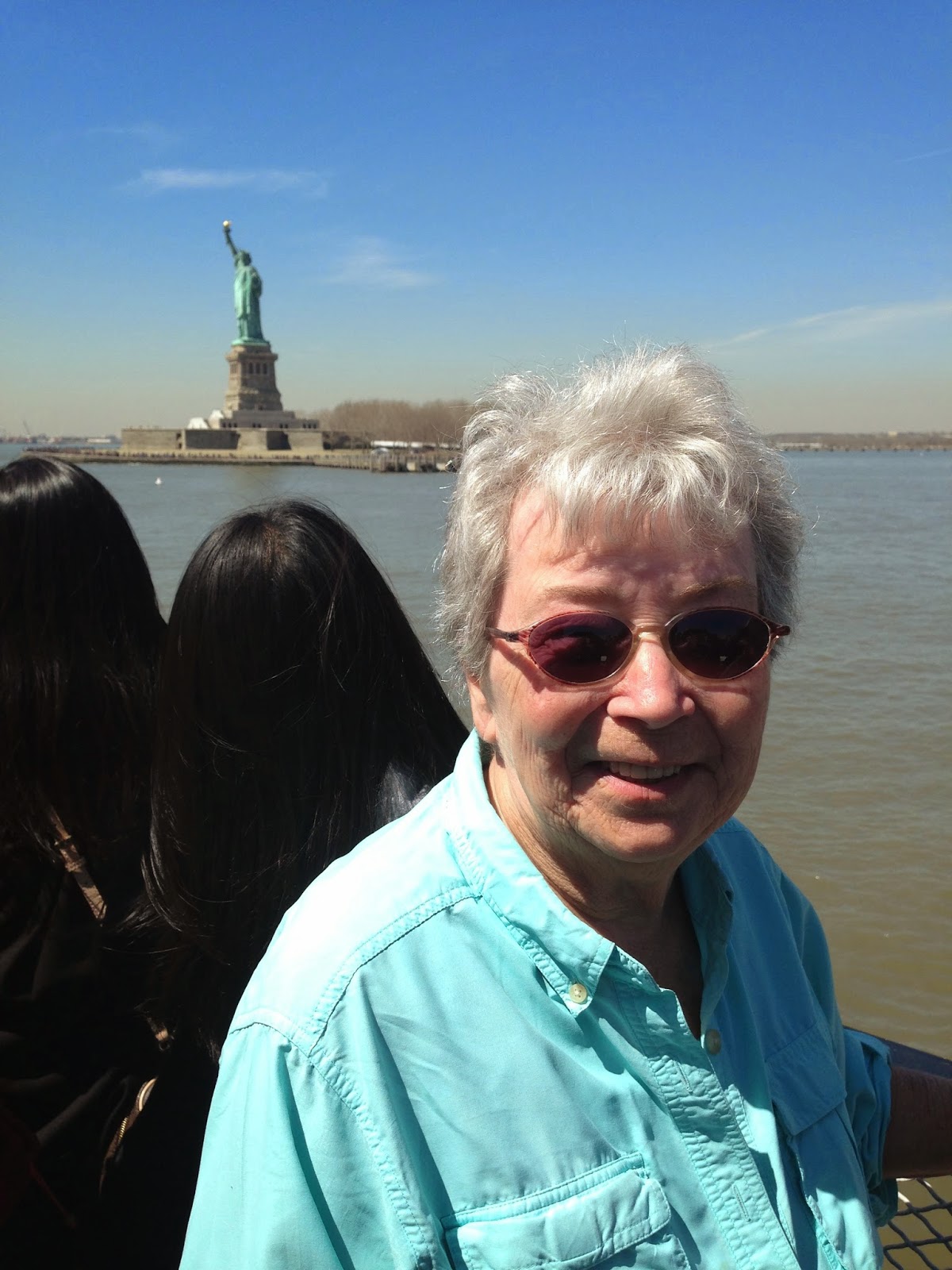 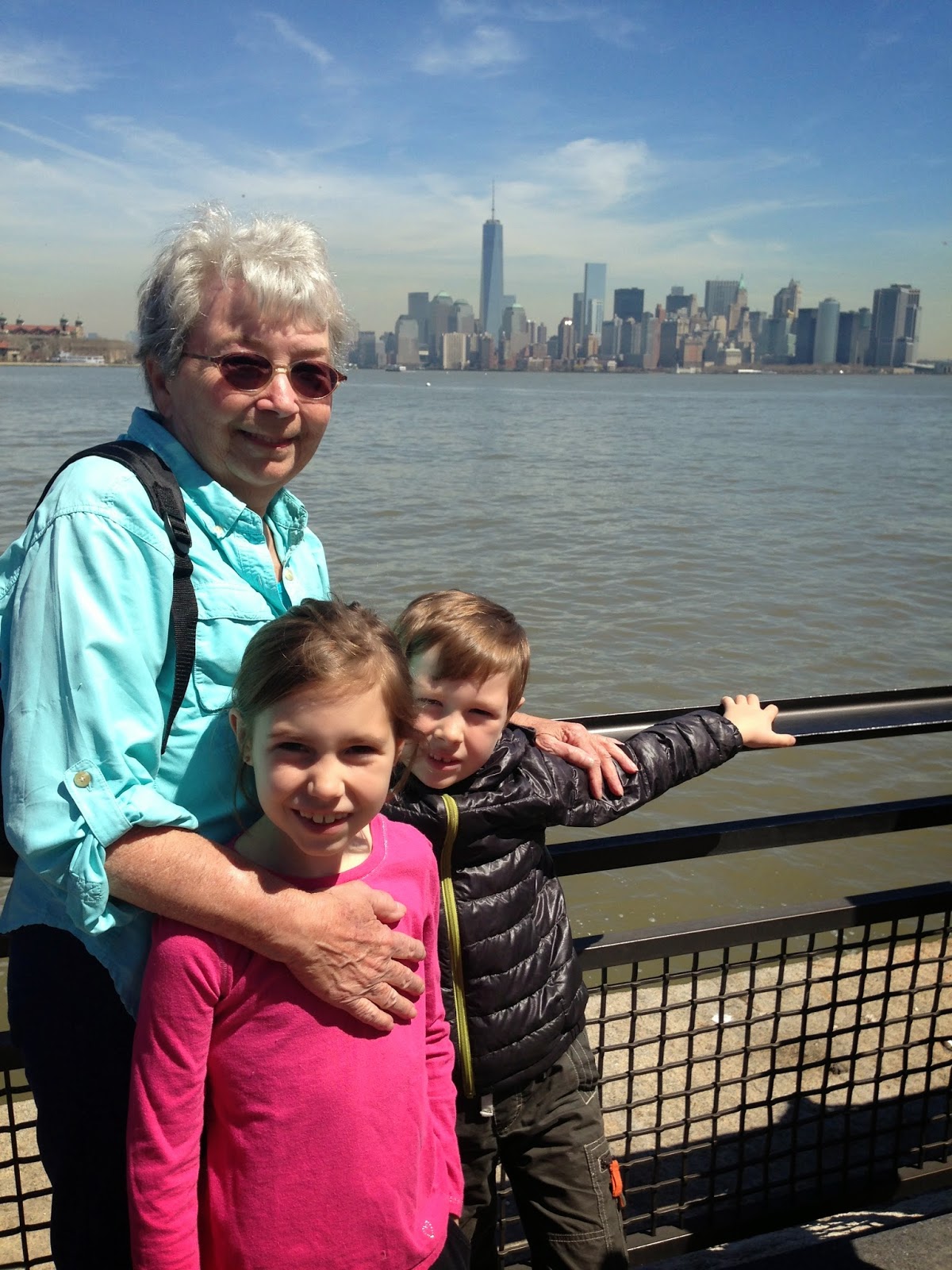 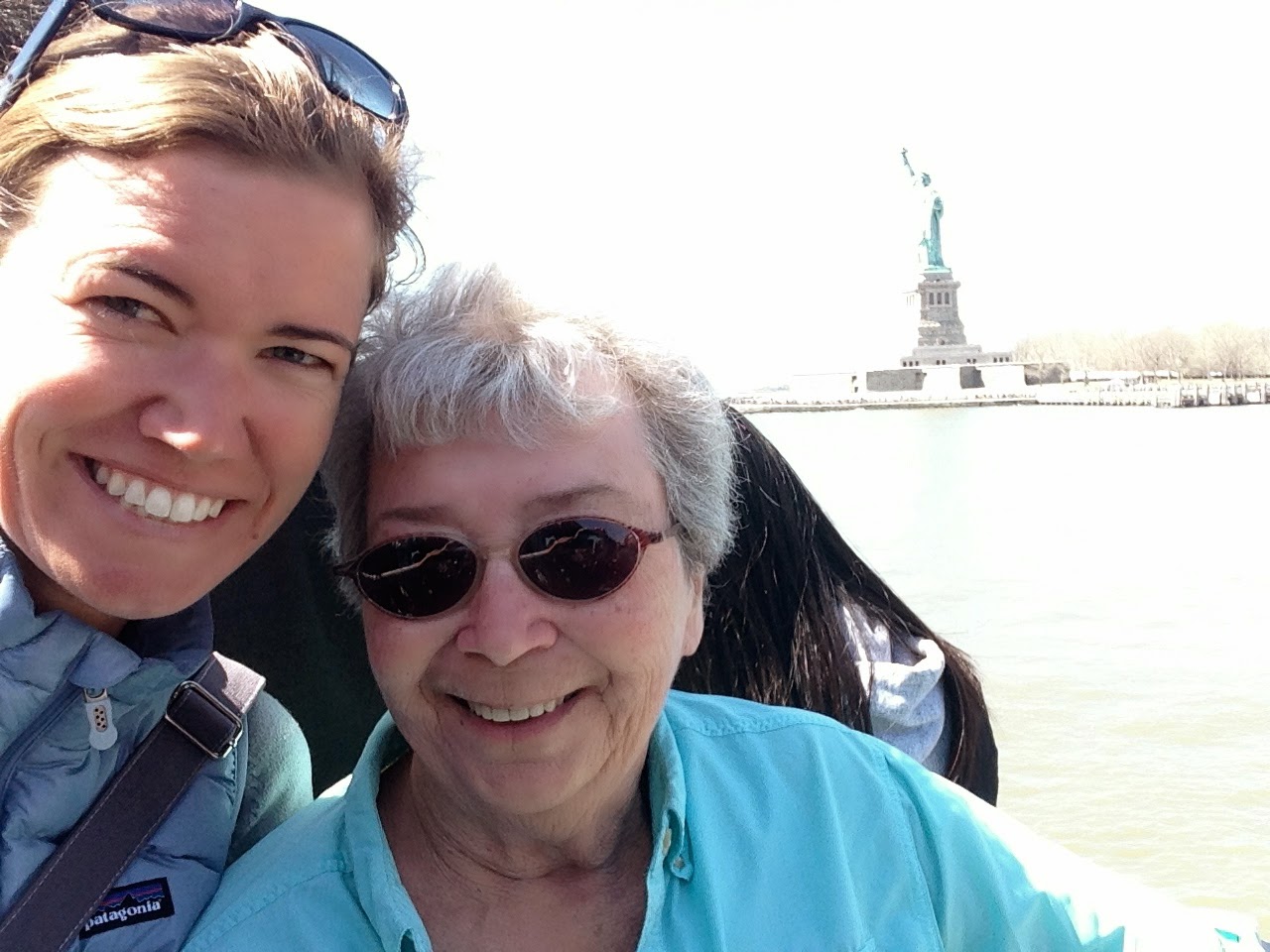 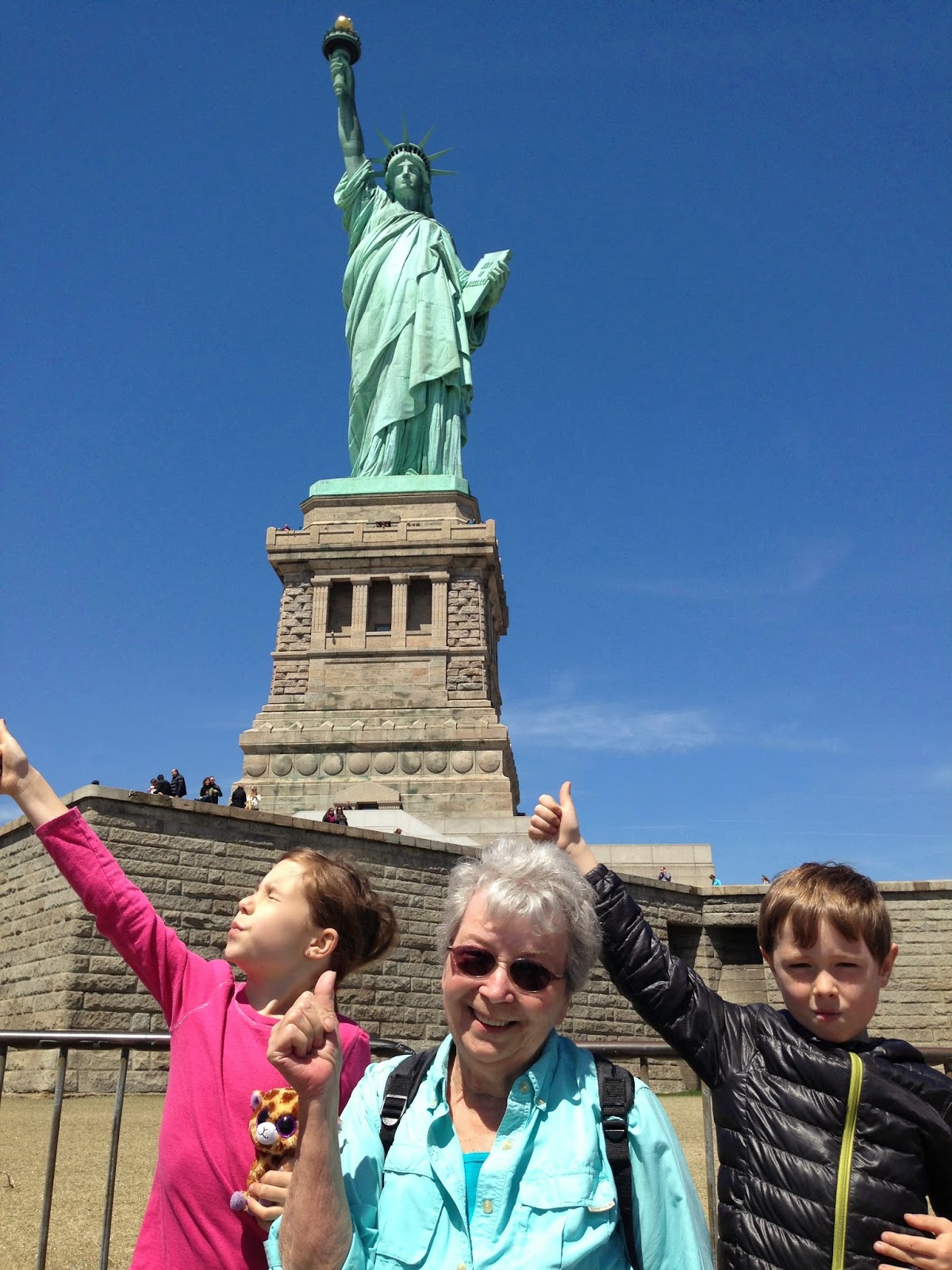 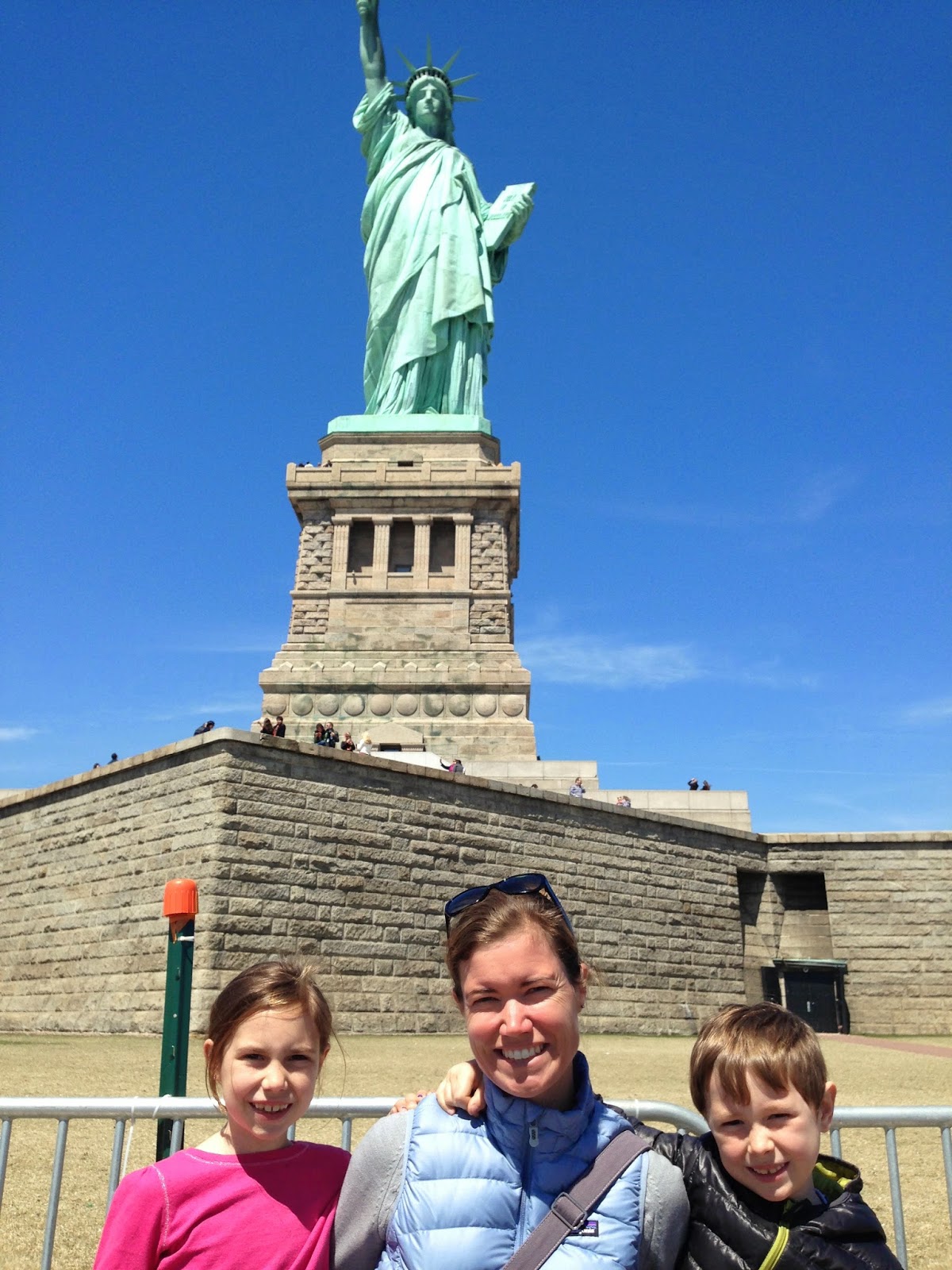 But it did mean that Mom cried Uncle on Tuesday and refused to leave the apartment.  Fair enough.  We've run her 72-year-old body all around the city, up and down subway station stairs, and around monuments.  She deserved a break.  Plus, we had big plans for Tuesday night. 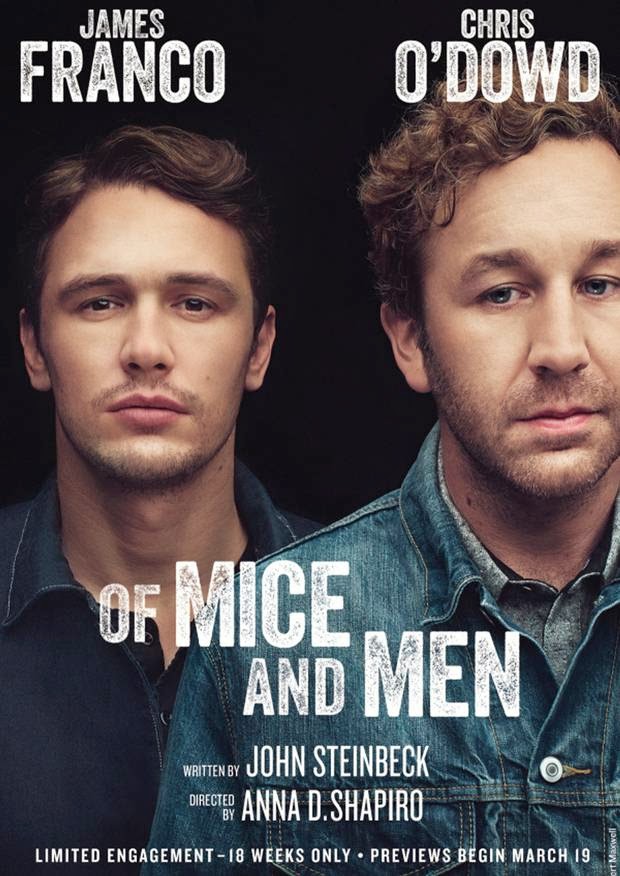 I surprised Mom with tickets to see Of Mice and Men on Broadway.  The fame of the two lead actors was lost on her, though.  She hadn't heard of either James Franco or Chris O'Dowd but seemed to really enjoy the play nonetheless.  They really did do a great job.

Stupidly, I booked her return flight to California for the same day that the kids had to return to school after a week and a half break.  Wednesday morning was rough, to say the least, with the kids in tears having to say goodbye to Grandma and having to return to class, which they most certainly did not want to do.  It was a long walk to school that morning.

I'm sure Grandma will sleep for the next week.  As she always says, she needs a vacation from her vacation.