Well, the English language part of Ella's tests are over and she feels good about them.  The results don't even come out until the end of the summer though, so it will be a long time until we find out how she scored.  These are the same tests that 70% of all students in New York City failed last year.  We celebrated both the end of the tests and a day with neither rain nor snow with ice cream. 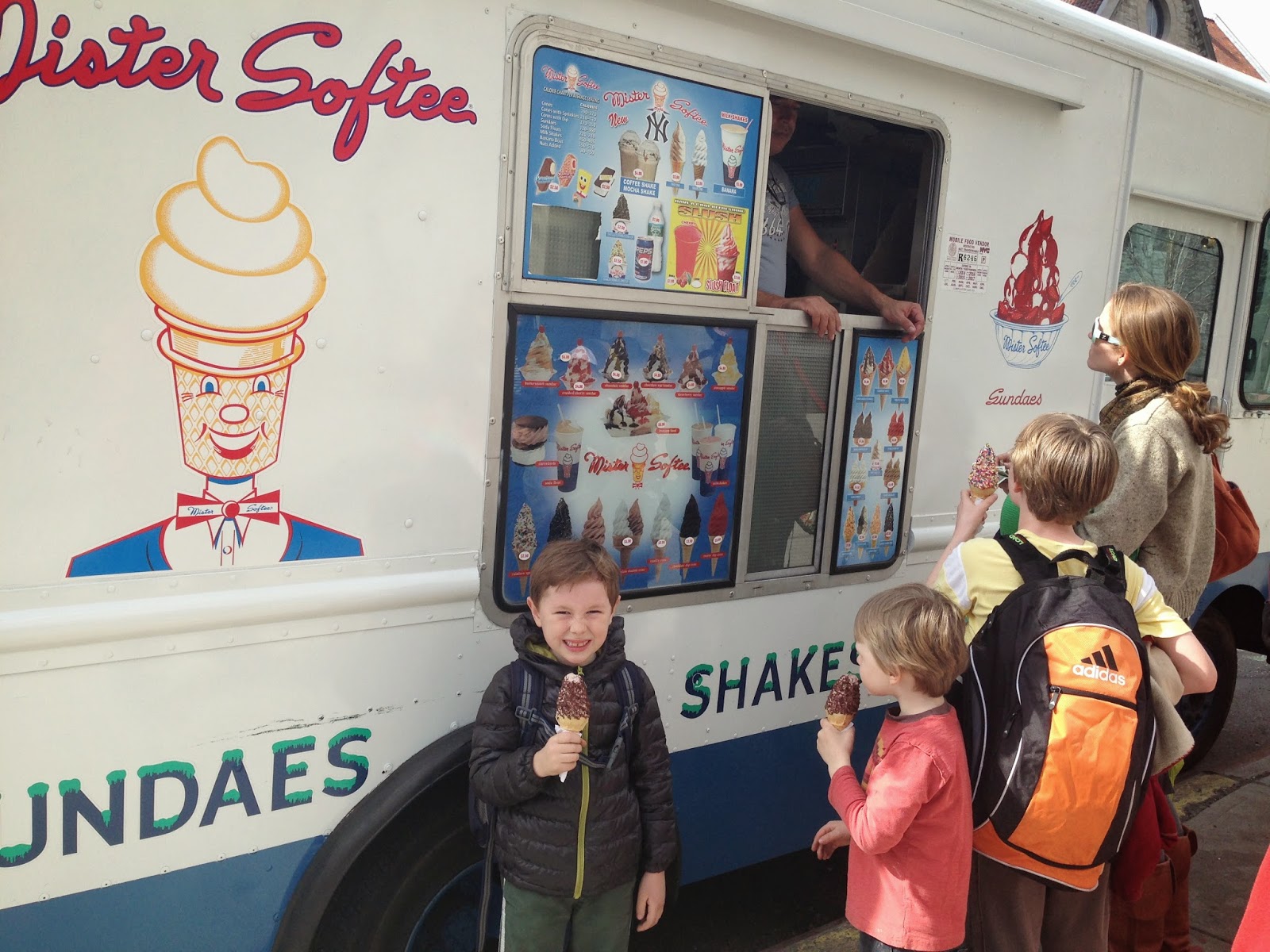 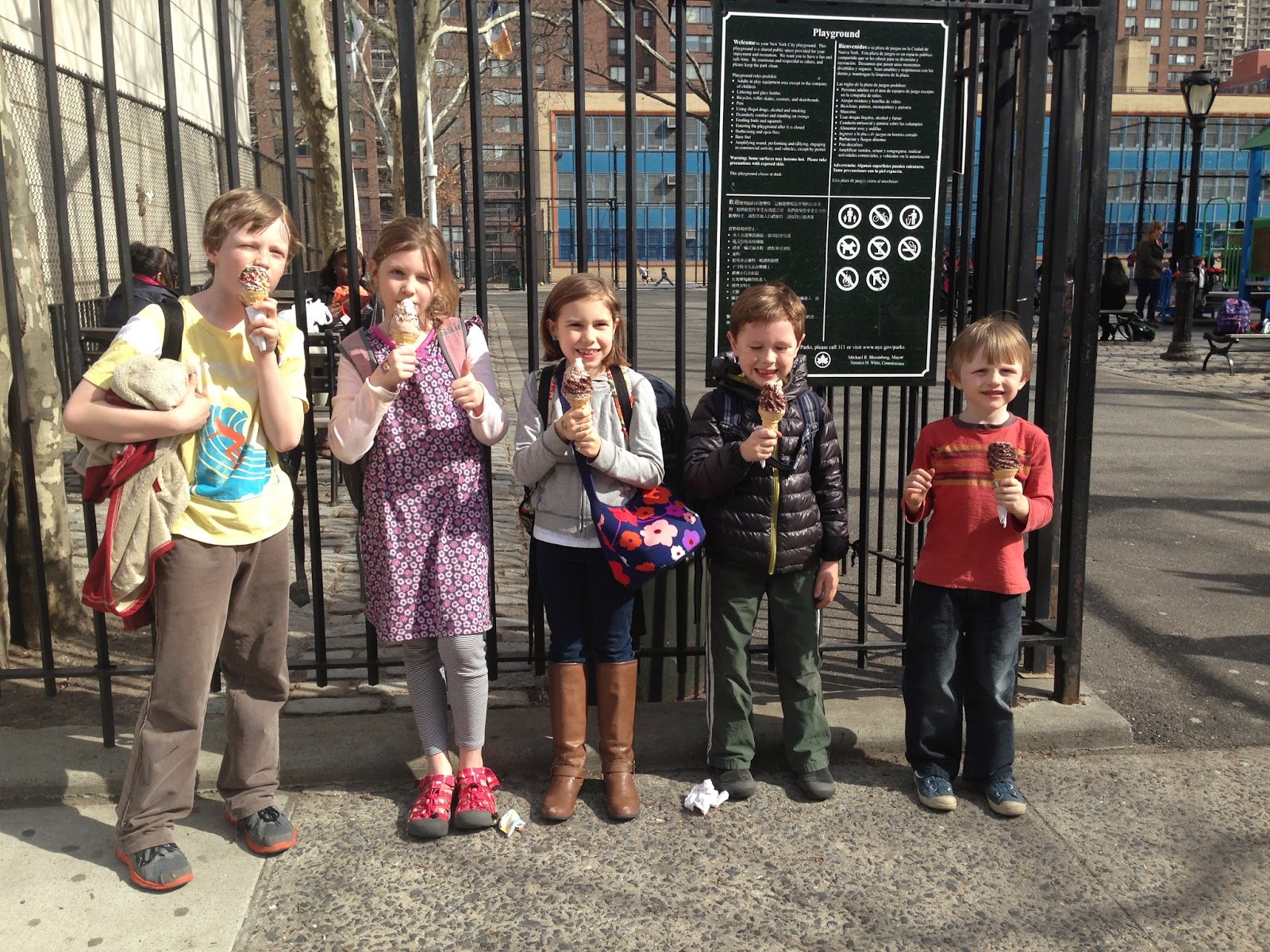 We still squeezed in a lot of fun this week, tests or no tests.

On Wednesday evening the Museum of Natural History had a Members Only preview night of a new exhibit that opens this weekend about Pterosaurs.  No, they were not flying dinosaurs as Kevin and Holden so rudely corrected me when I made that same mistake.  They were flying reptiles.  Yuck. 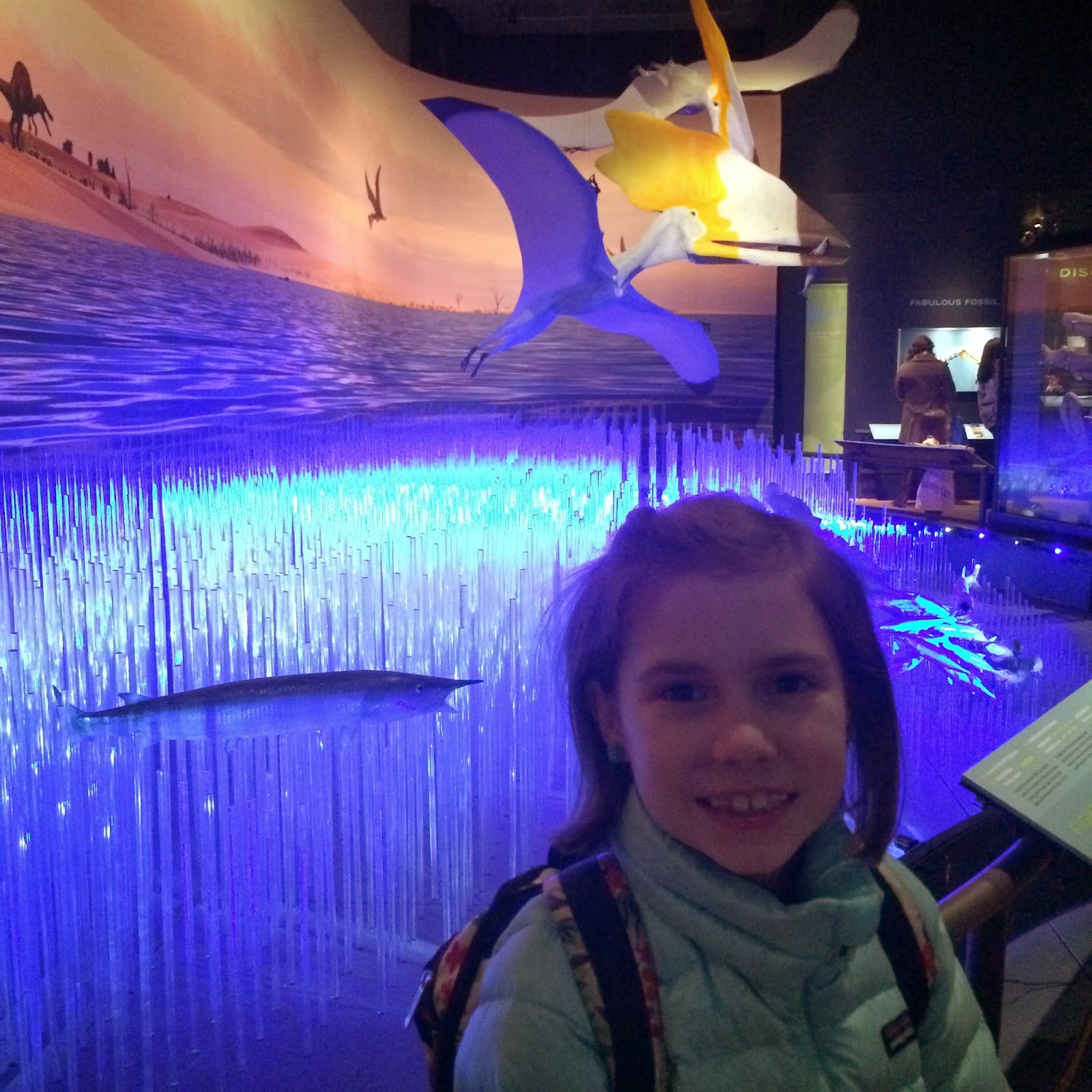 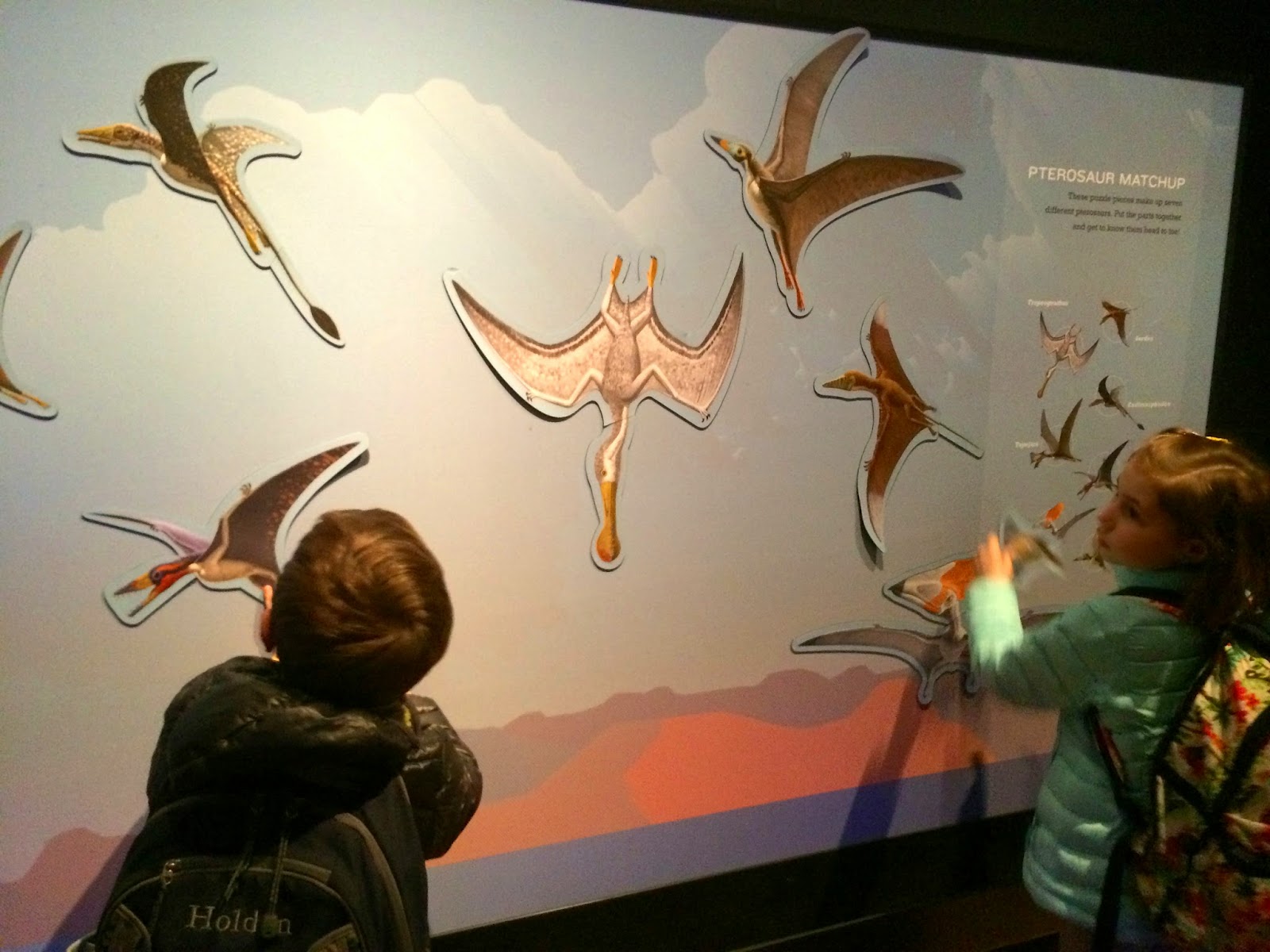 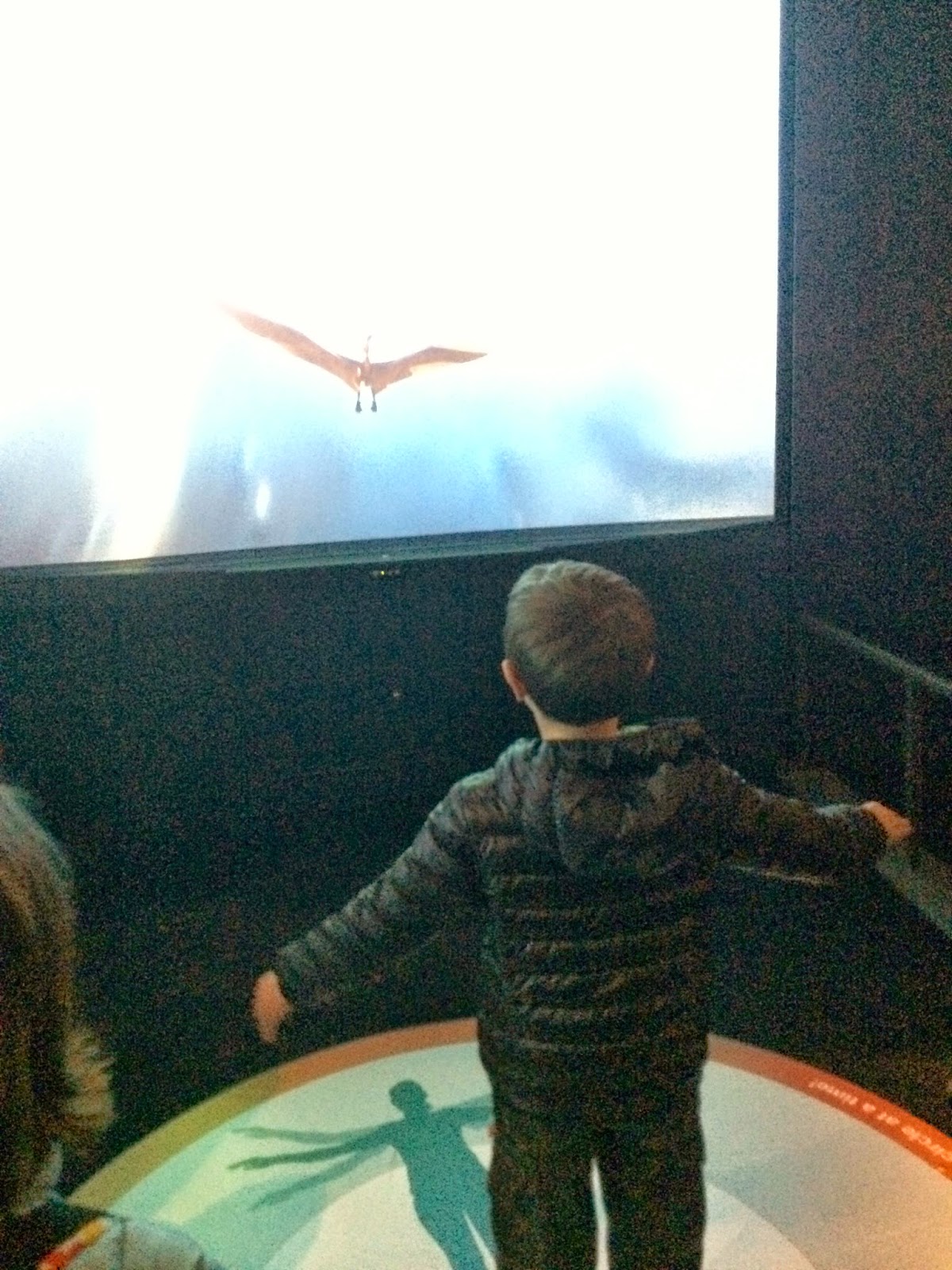 Holden can fly like a Pterosaur just by flapping his wings arms.

It's a great exhibit and has a lot of hands-on, interactive parts to it which always makes it more fun (and educational) for kids.  Plus, it was exciting to get a sneak peak before the general public in a quieter, less crowded setting.

But the best part for Kevin and me was that afterwards they served wine and soft drinks downstairs in the Hall of African Mammals.  We felt so fancy walking among the stuffed animals with our cocktails in hand. 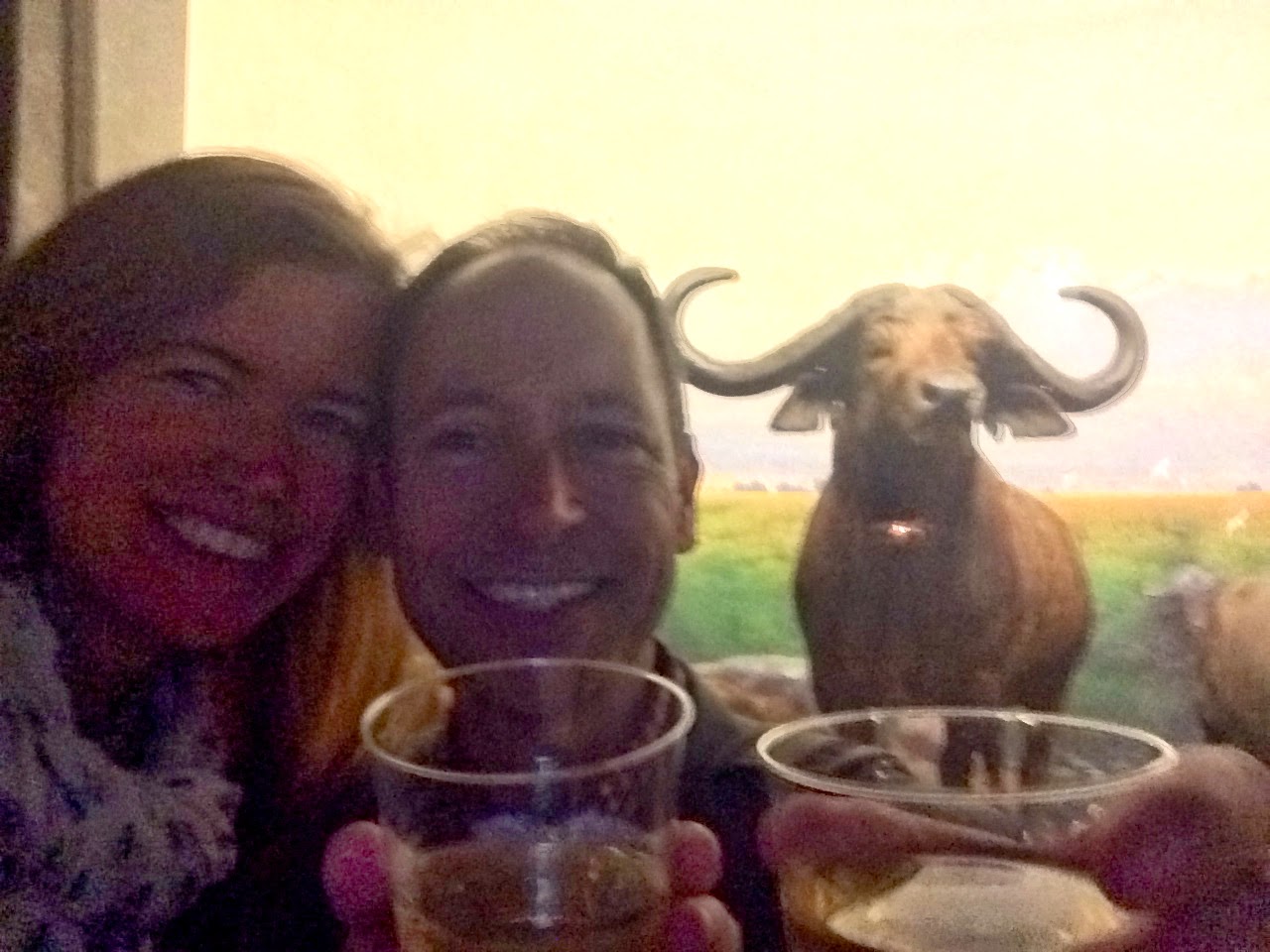 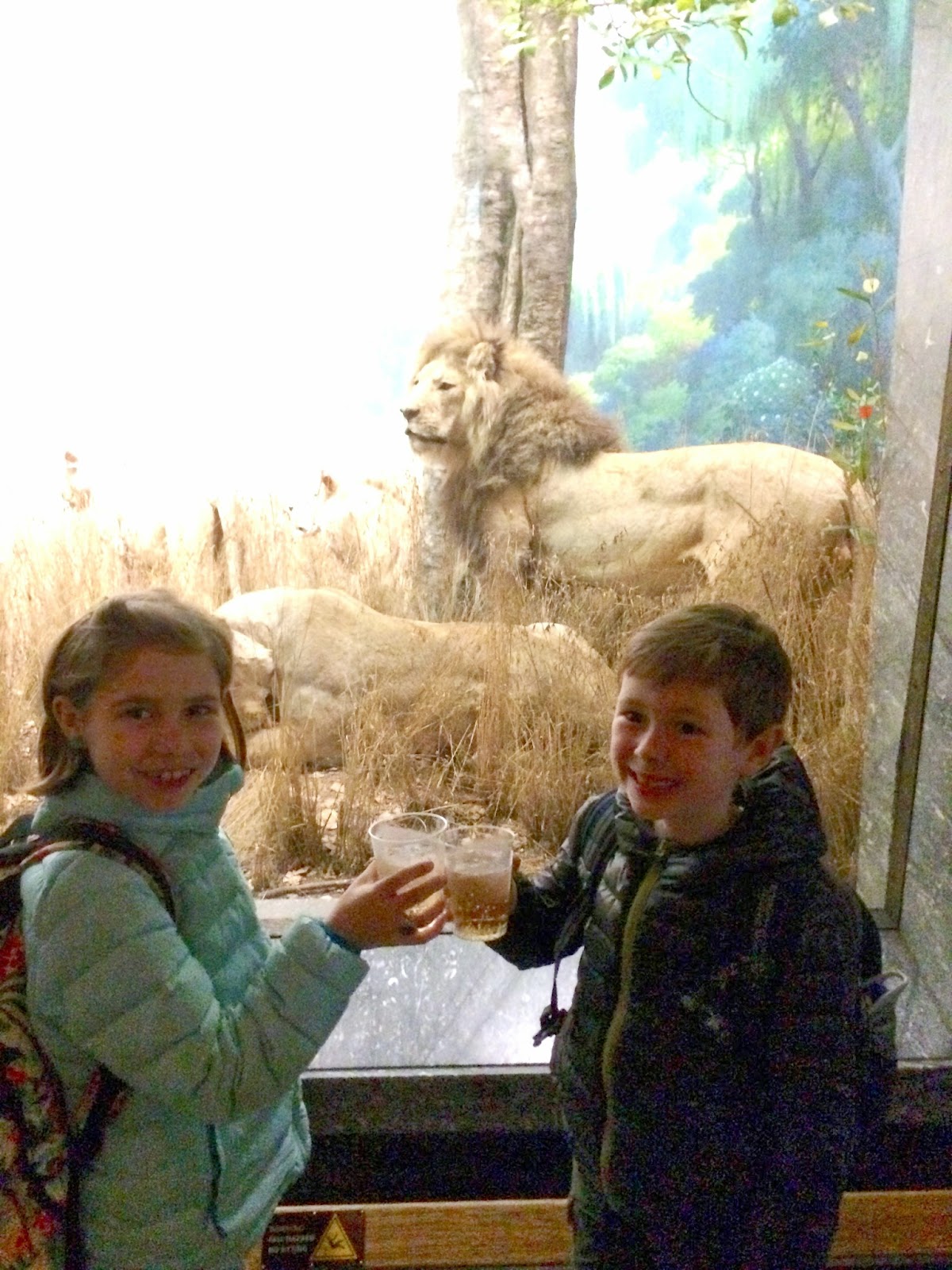 On Thursday Holden had yet another field trip.  And lucky me, I got to chaperone once again.  I'm getting a little less nervous on the subway now, too. 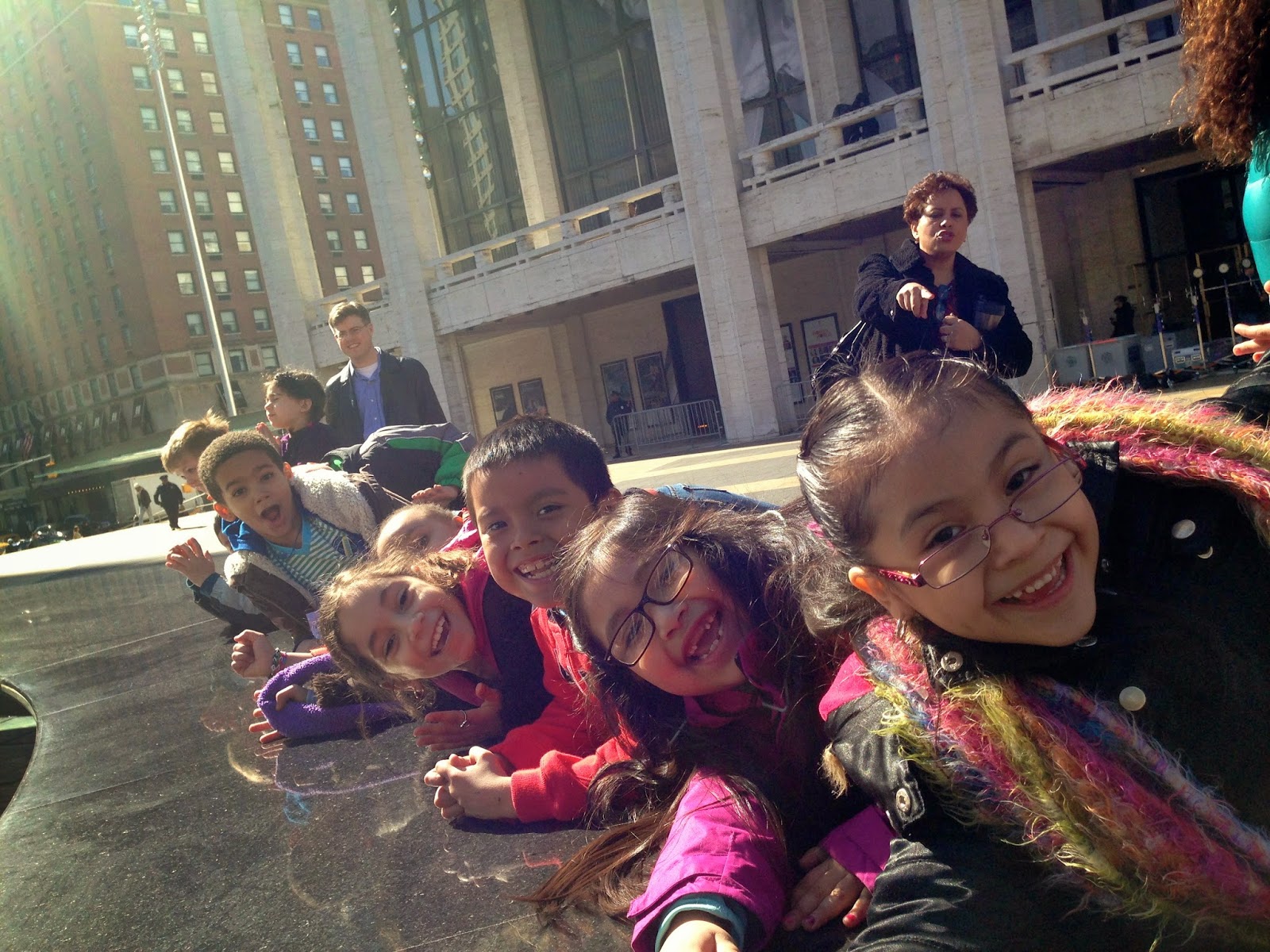 It turned out to be one of my favorite field trips so far.  We got to see our very first show at Lincoln Center.  It was a production of Hansel and Gretel by the Little Orchestra Society - part opera, part ballet, part play, part orchestra.  It had it all.  And was a fantastic, professional production.  No surprise given that they were performing at Lincoln Center.  I may take Ella to see it this weekend. 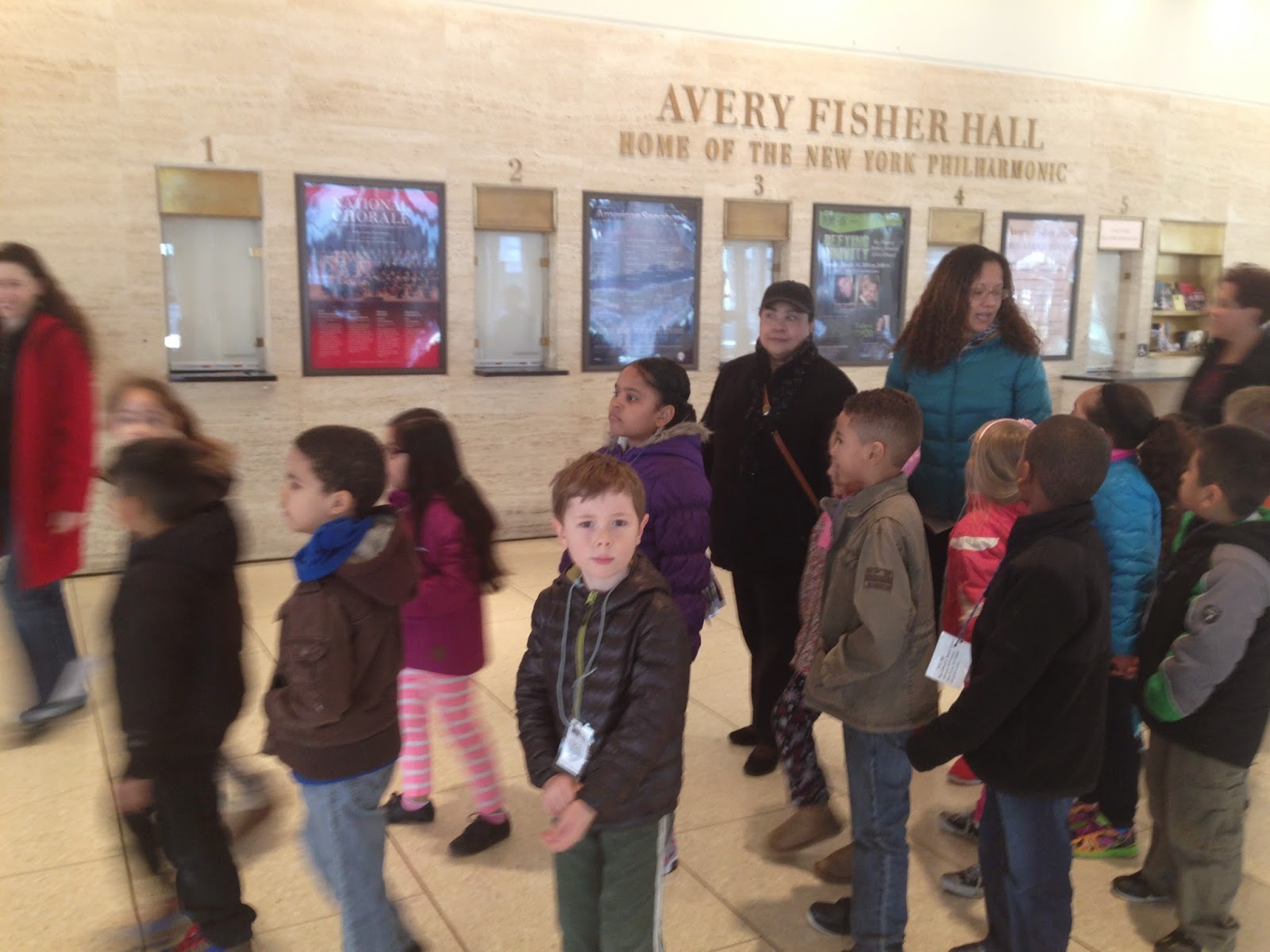 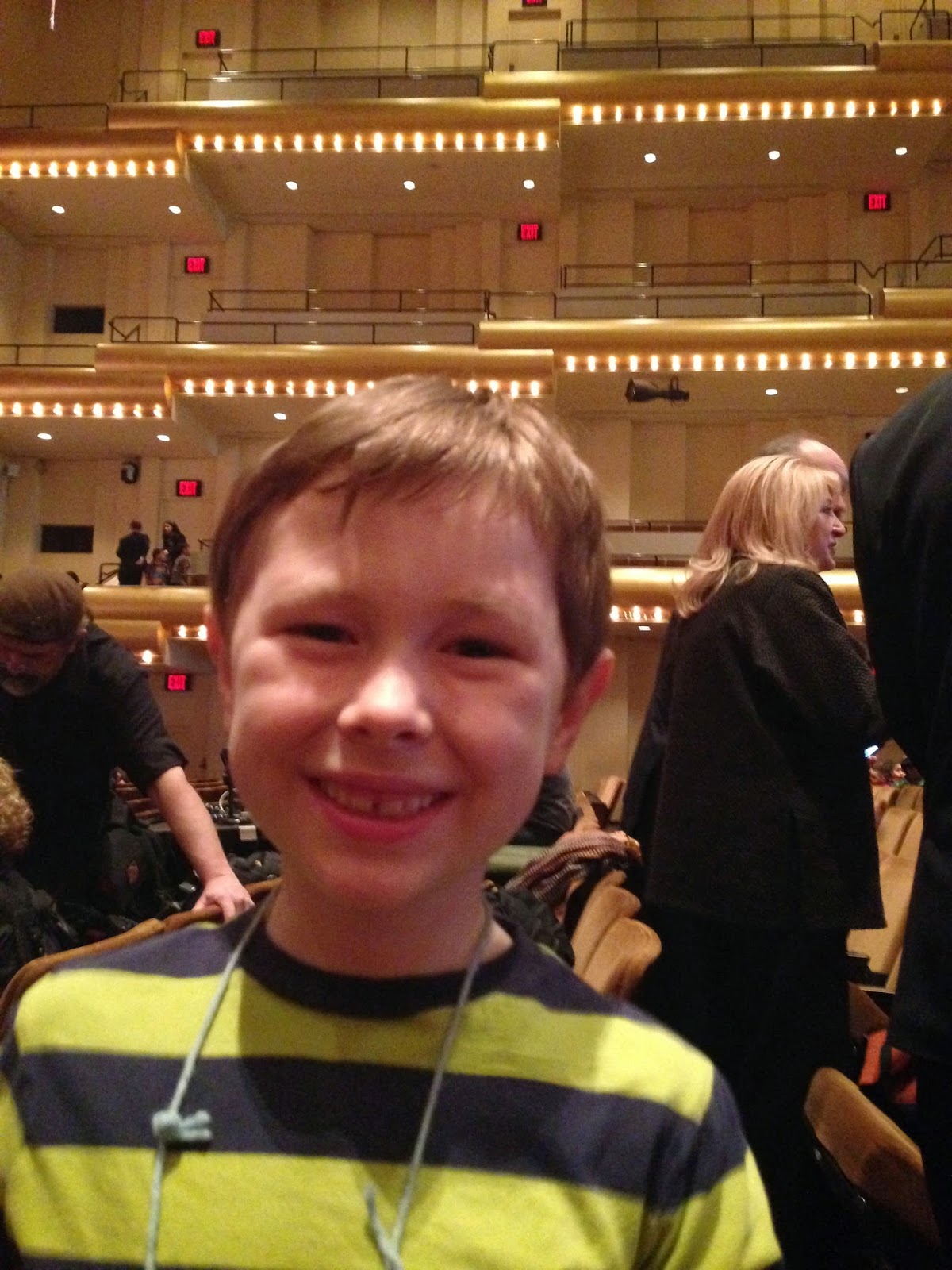 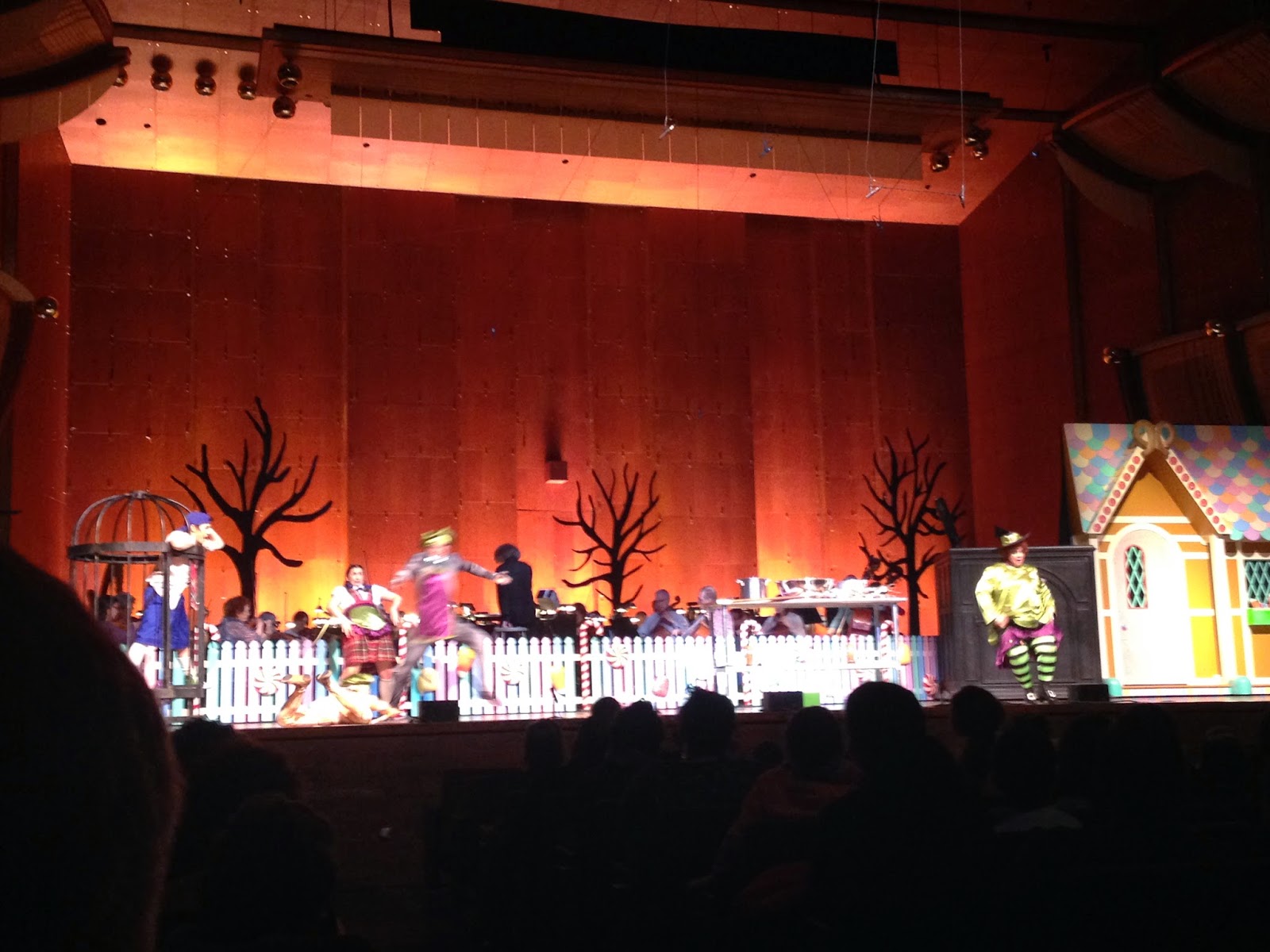 Last night I went to another lecture at our local Jewish Community Center.  This time the author was of a very good book I recently read called The Smartest Kids in the World: And How They Got That Way.  Amanda Ripley is an investigative journalist who writes a lot about education.  In this book she follows several American exchange students to countries whose students score very high on standardized tests to see how they do things differently.  I recommend it to anyone interested in the state of public education in this country, but especially to my book group friends - it will elicit some great conversation!

Here's an article that I just came across related to my last post.  Don't worry, this blog isn't going to become a diatribe on public education.  But obviously I've been putting a lot of time and energy into thinking about, researching, reading books, following blogs, going to lectures about education in this country recently.  It's become a hobby over the last six months, unfortunately.  Anyway, in this article a former award winning principal in New York talks about why she originally supported the Common Core but is now against it.  She says the problem is that standards and assessments (standardized tests), rather than curriculum and instruction are driving the Common Core.  "The Common Core is a powerful tool, but it is being implemented using the wrong drivers."  In other words, the Common Core leads to more tests for students and more evaluations of teachers.  More tests lead to more test prep.  More test prep is taking time away from real teaching and real learning in the classroom.  If you're interested in this stuff, read the article.

If not, stay tuned for more posts and pictures because I'm off to school right now to watch a performance by Holden's class.  Apparently, they've been taking drama for the last several Fridays.
I had no idea.
Posted by Gretchen at 10:07 AM