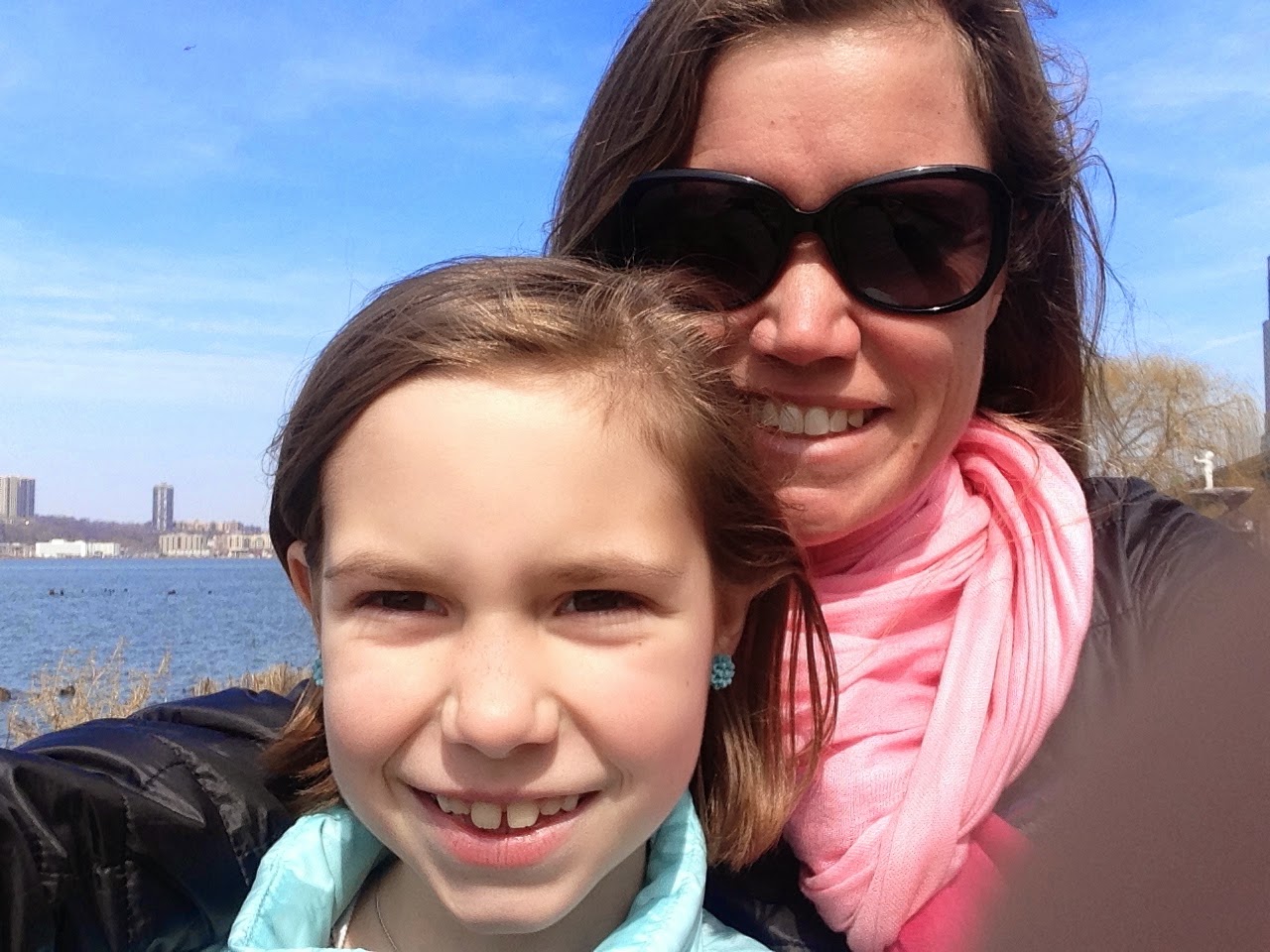 Winter is officially over.  Be careful what you wish for.  We have a forecast of 4 days of rain ahead of us...

On Tuesday night I got to have some girl fun.  My friend Alina came up with the idea to form a small group of ladies and we each take turns choosing a fun activity each month.  Something either cultural or adventurous or educational.  Like a book club but without the books.

I was assigned our first month of March and chose to see Arianna Huffington and Barbara Walters in conversation.  They were supposed to be chatting about Arianna's new book but instead it was like eavesdropping on two old friends catching up over coffee.  It got very personal at times.  I didn't realize that Barbara was a bridesmaid at Arianna's wedding and Godmother to her eldest daughter.  We had a great time. 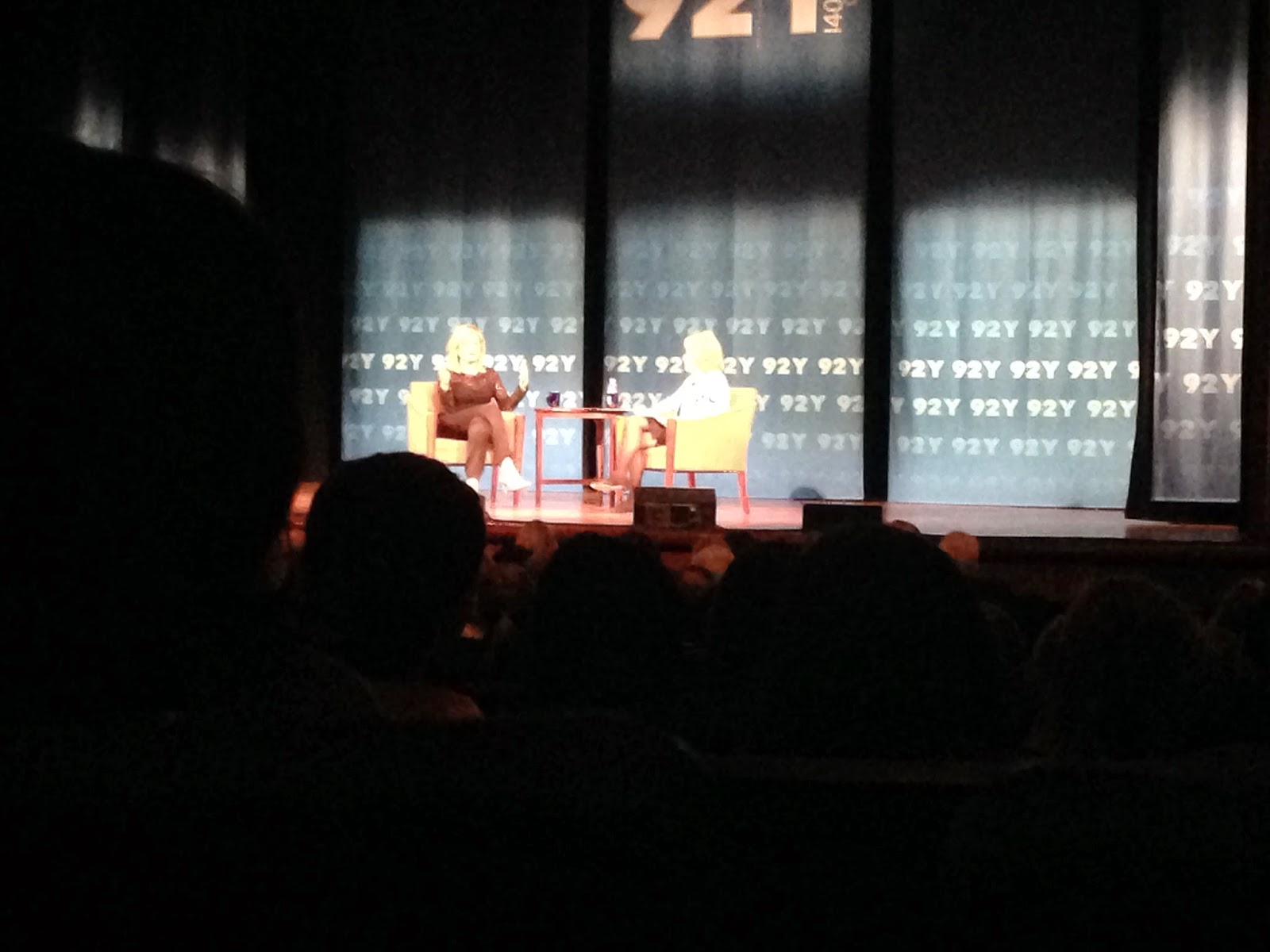 I know, terrible photo.  But proof that I was there. Alina and I decided to walk home through Central Park.  It was a beautiful night with the last dusting of snow for the season (I hope!).

Young Audiences of New York continues to provide dance classes to Ella's 3rd grade class once a week.  The first part of the year was Mexican dance, as you know.  Now they've moved on to Chinese dance and had their first performances this week.  I actually enjoyed these dances better than the Mexican dances. 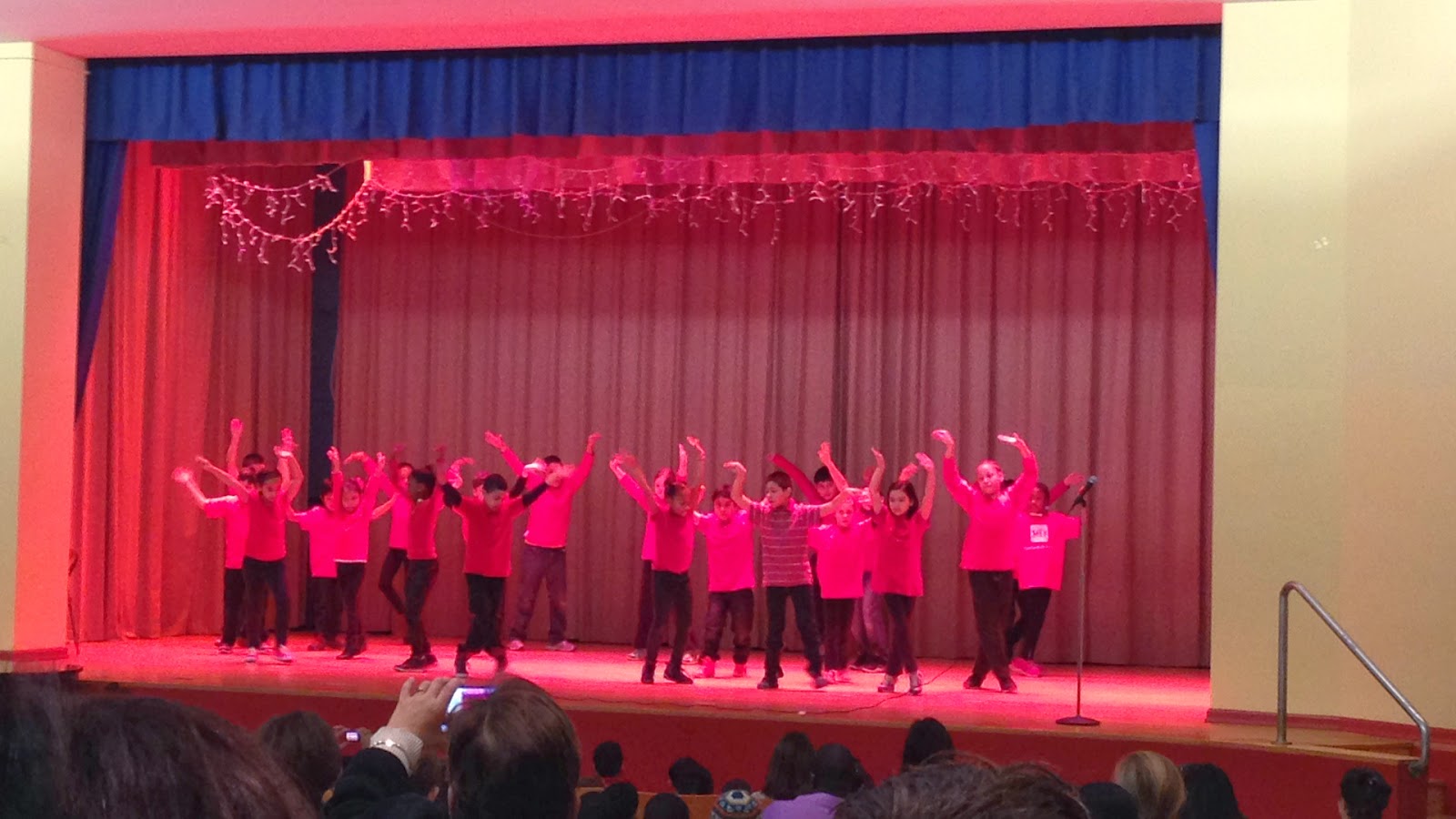 Sorry, another terrible photo.  I was in the back row.  Ella's somewhere on the right.

You know something's wrong when you have to call an emergency family meeting on Monday night and end up with this on the refrigerator. 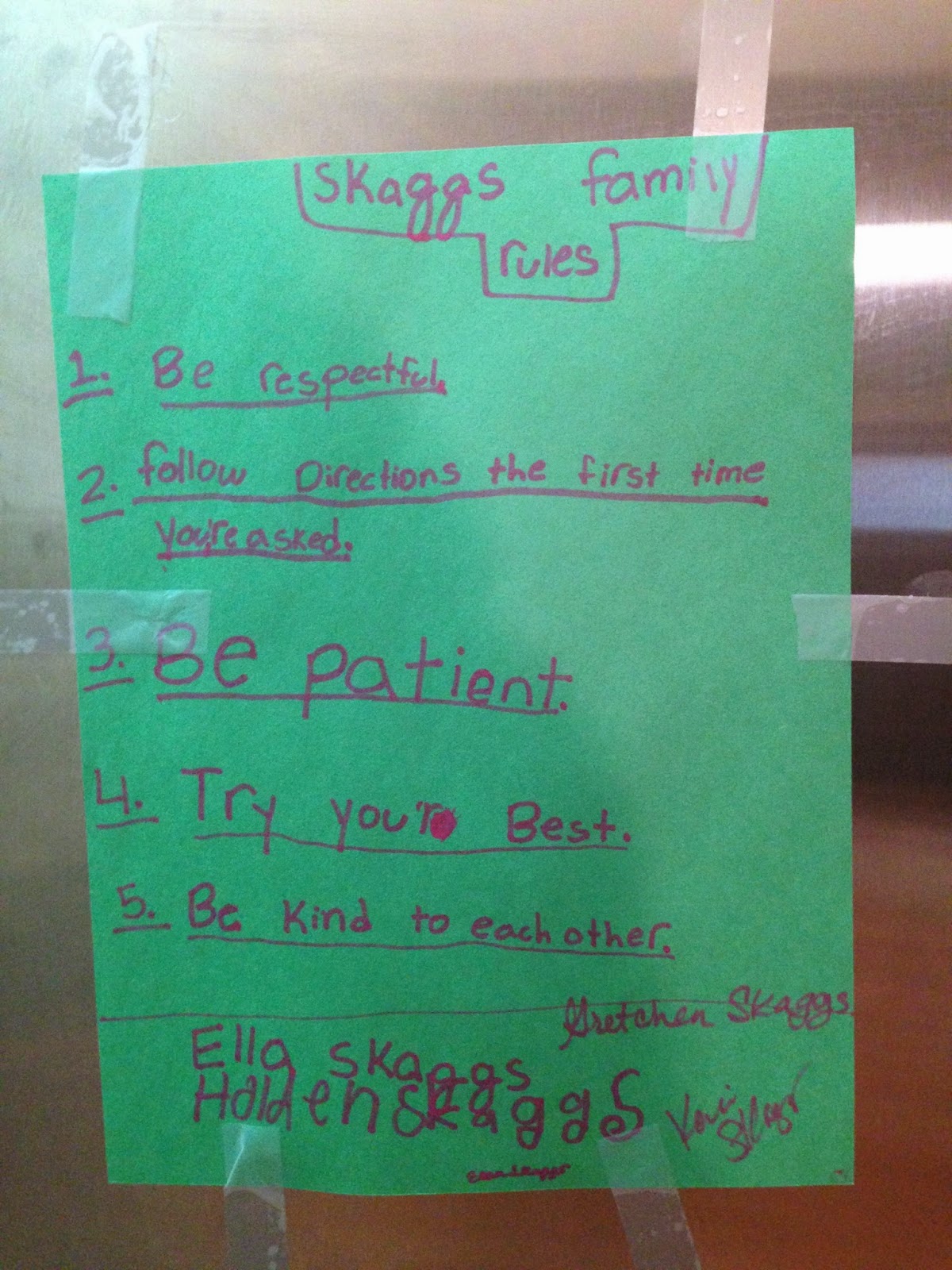 It was Ella's idea that we all sign it.

Let's just say that in between all the fun that I posted about last weekend were lots of meltdowns and fights.  Kevin and I lost it on Monday morning as everyone was getting ready for school and work.  Thus the emergency family meeting that evening.  I have to say, so far the week's been better.  And it's nice to be able to point to the fridge and cite a rule number when someone's going astray.

And finally, do yourselves a favor and make this this weekend. 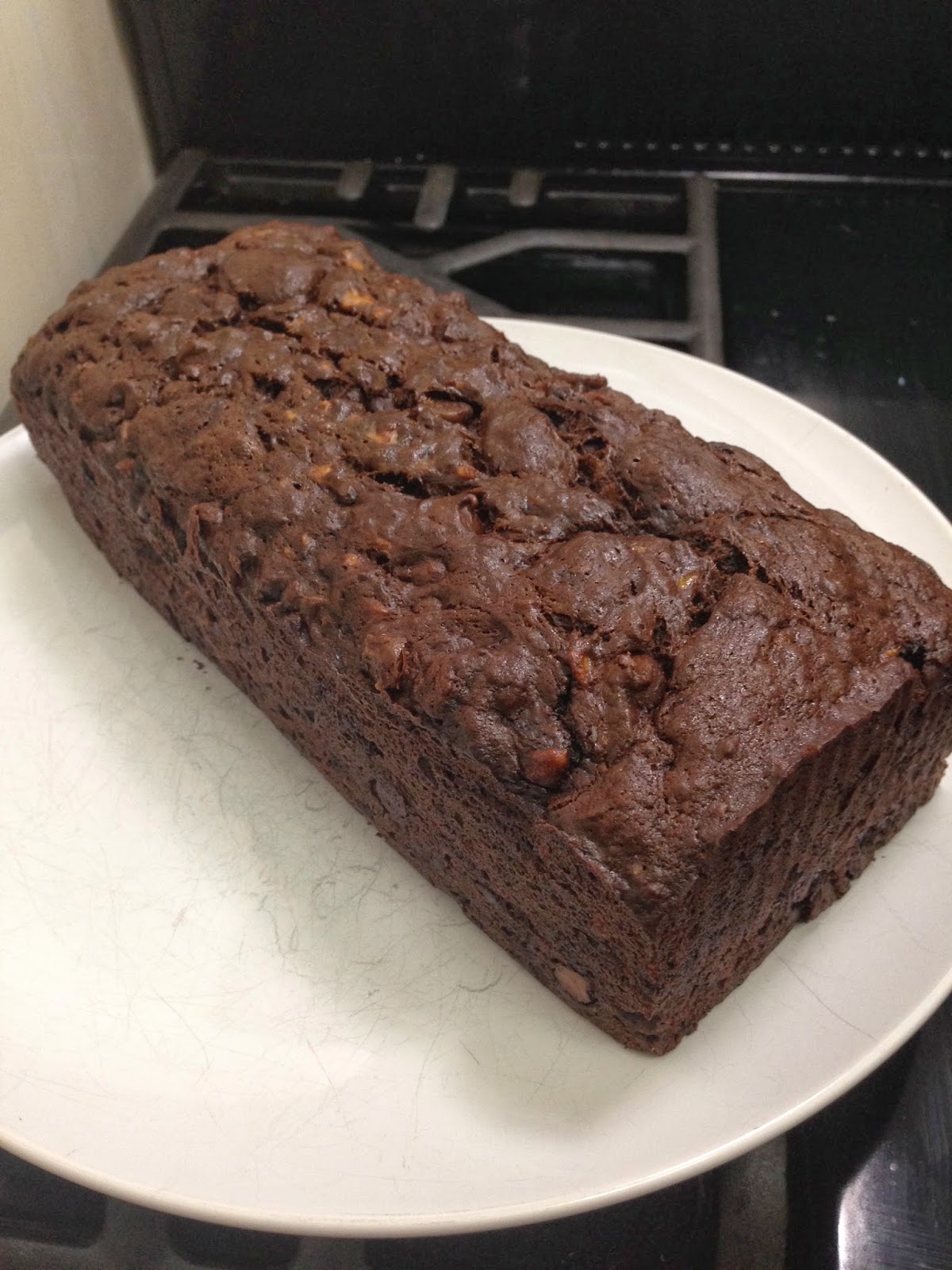 It's a misnomer to call this bread.  It's definitely cake.  But if it makes you feel better to call it bread...