Another quiet and cooooold week.  If I hear another native New Yorker say, "It's never this cold, this long!  You're really getting an unusual winter." I may scream.

The good news is that I got to chaperone a field trip this week. 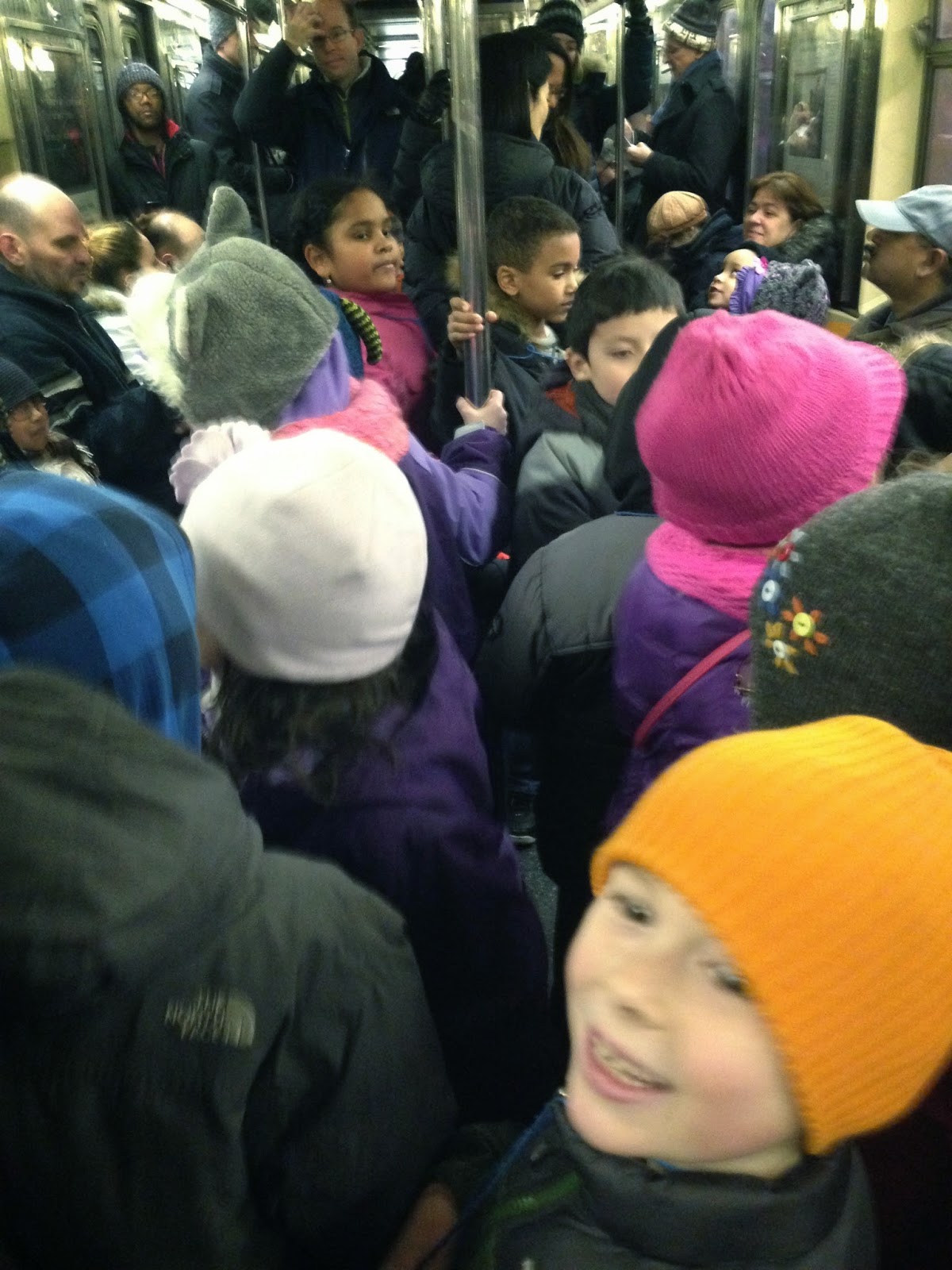 I almost had an anxiety attack helping to keep track of twenty-five 6 year-olds on a very crowded subway train.  Not to mention keeping them all still on the narrow subway platforms as we waited for the train.  Oh the joys of urban living.

Holden's class went to see a play about Anansi the Spider at a theater called Circle in the Square (that would be Times Square).  It's actually a theater school but in New York City, any theater student is going to be like a professional anywhere else.  They did a great job and the kids loved it.  Photography was prohibited so I had to be sneaky to get this shot. 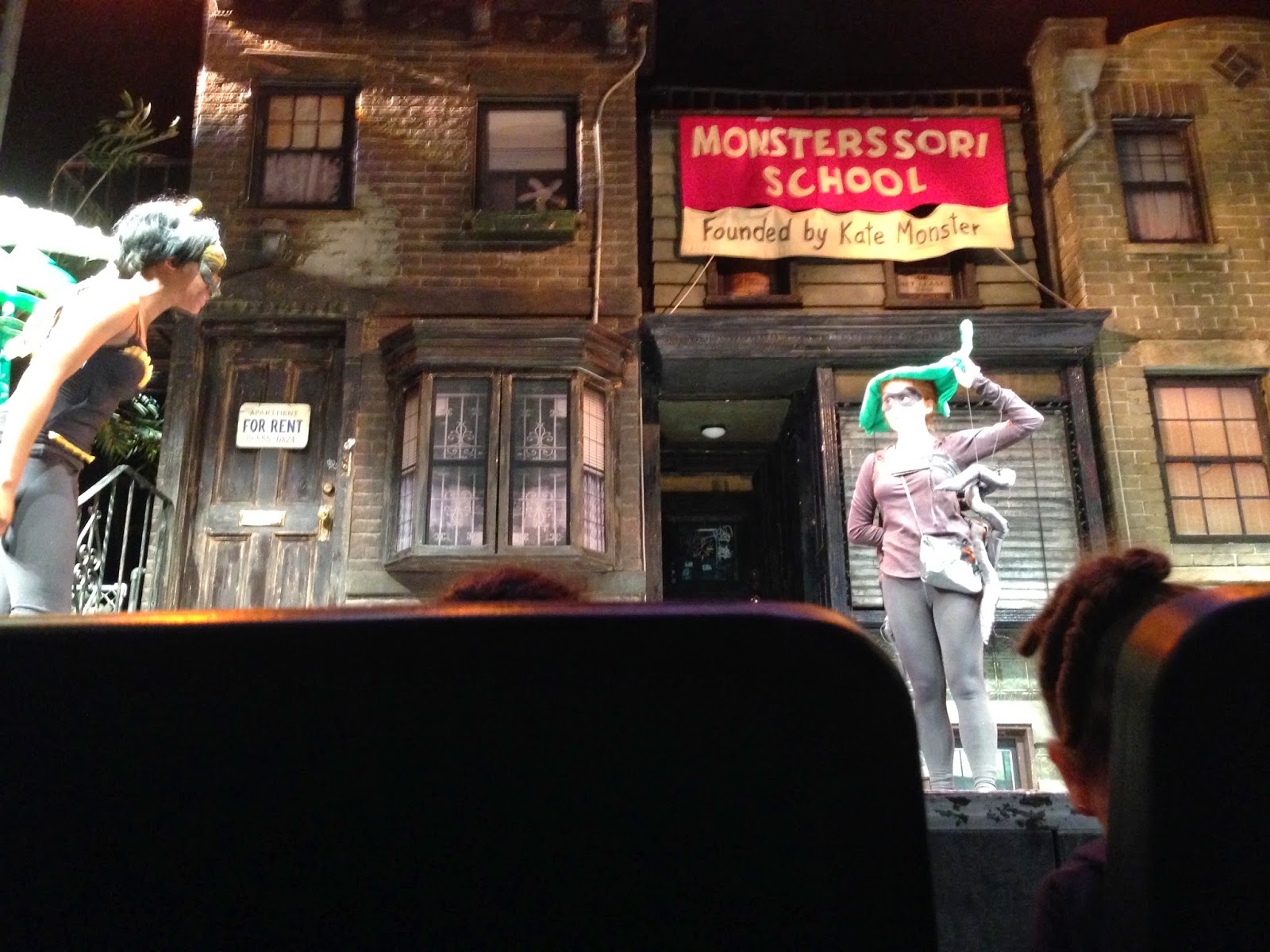 And thank you to those of you who checked in on us after hearing about the tragic gas leak explosion.  Luckily, it was a mile or two away from us and we weren't affected.  Well, Kevin might disagree.  He had to commute home after several train routes had been closed down all day. 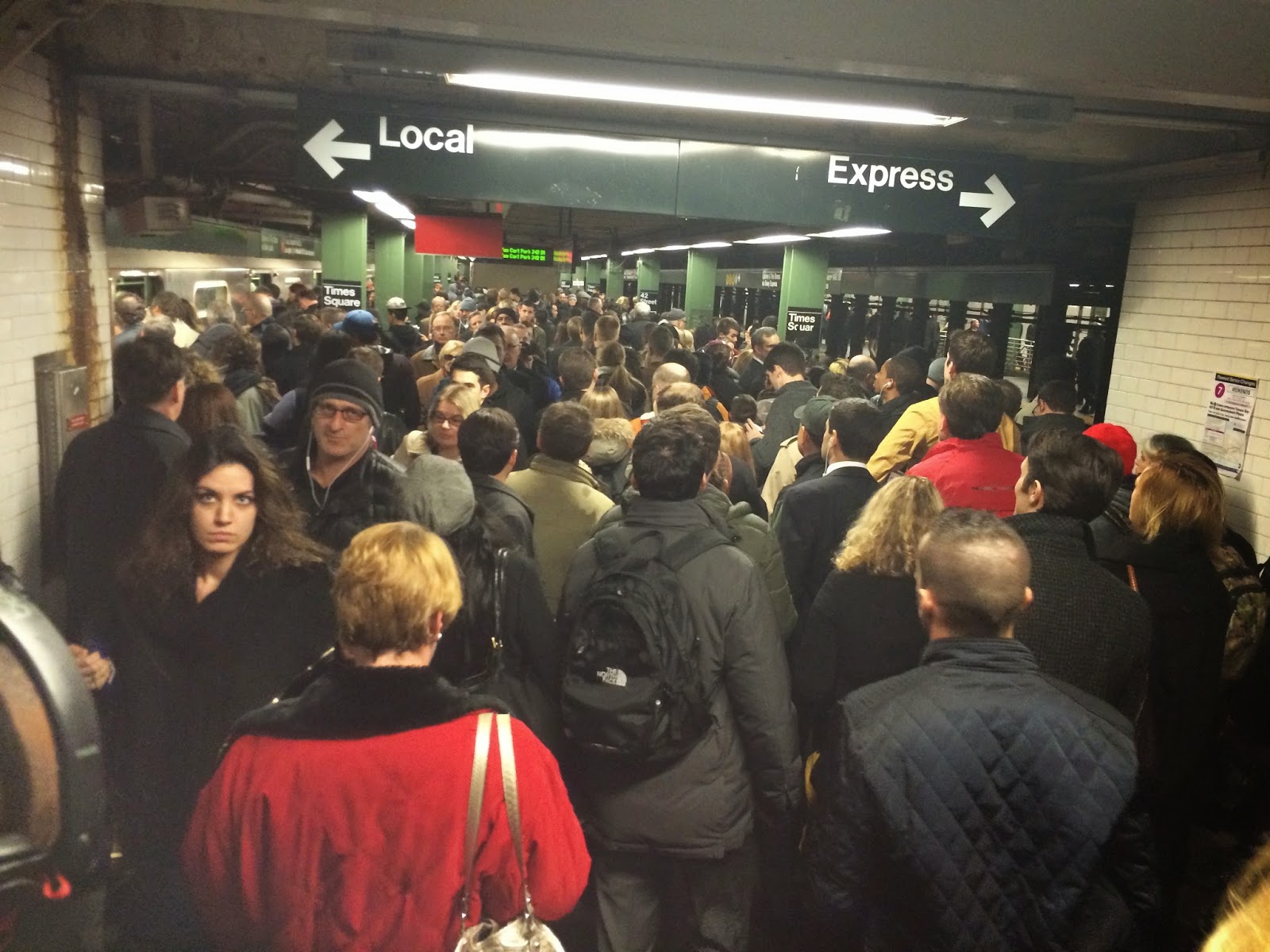 This is what he texted me to let me know he'd be missing dinner.

Holden is convinced that this is the end of our cold streak.  I'm not sure where he gets his intell, but I'm going with it.
Posted by Gretchen at 11:34 AM