We celebrated Kevin making it through the week after his big launch with a family dinner on Friday night at one of our favorite Mexican restaurants, Cocina Economica (which by the way, isn't so economica).

Saturday morning we woke up and decided that after soccer we would go discover Brooklyn some more.  Spending more time in Brooklyn was one of my New Years resolutions.  We've only been over a few times and I don't feel like I have a good sense of it yet.

I remembered quickly the reason we haven't spent much time there.  It's a 45 minute + subway ride from where we are in the Upper West Side, at least to Park Slope, where we wanted to go.  Luckily we all brought reading materials with us and eventually ended up right next to Prospect Park - Brooklyn's Central Park.  As a matter of fact, it was designed by the same landscape architects who created Central Park.

It looked like it could be really beautiful in any of the other three seasons, however at this time of year all we could see was snow.  Hard to get a sense of how it really looks. 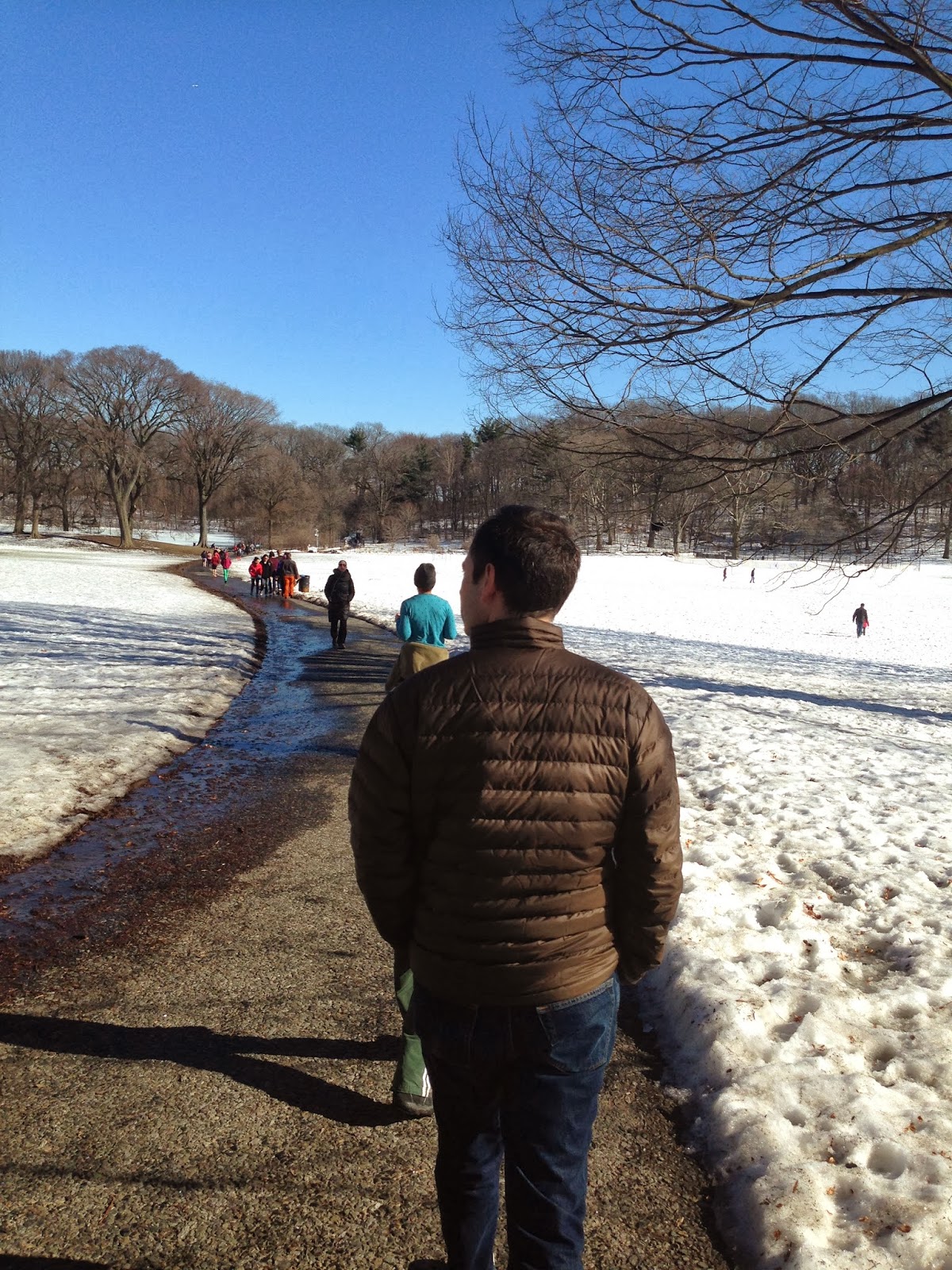 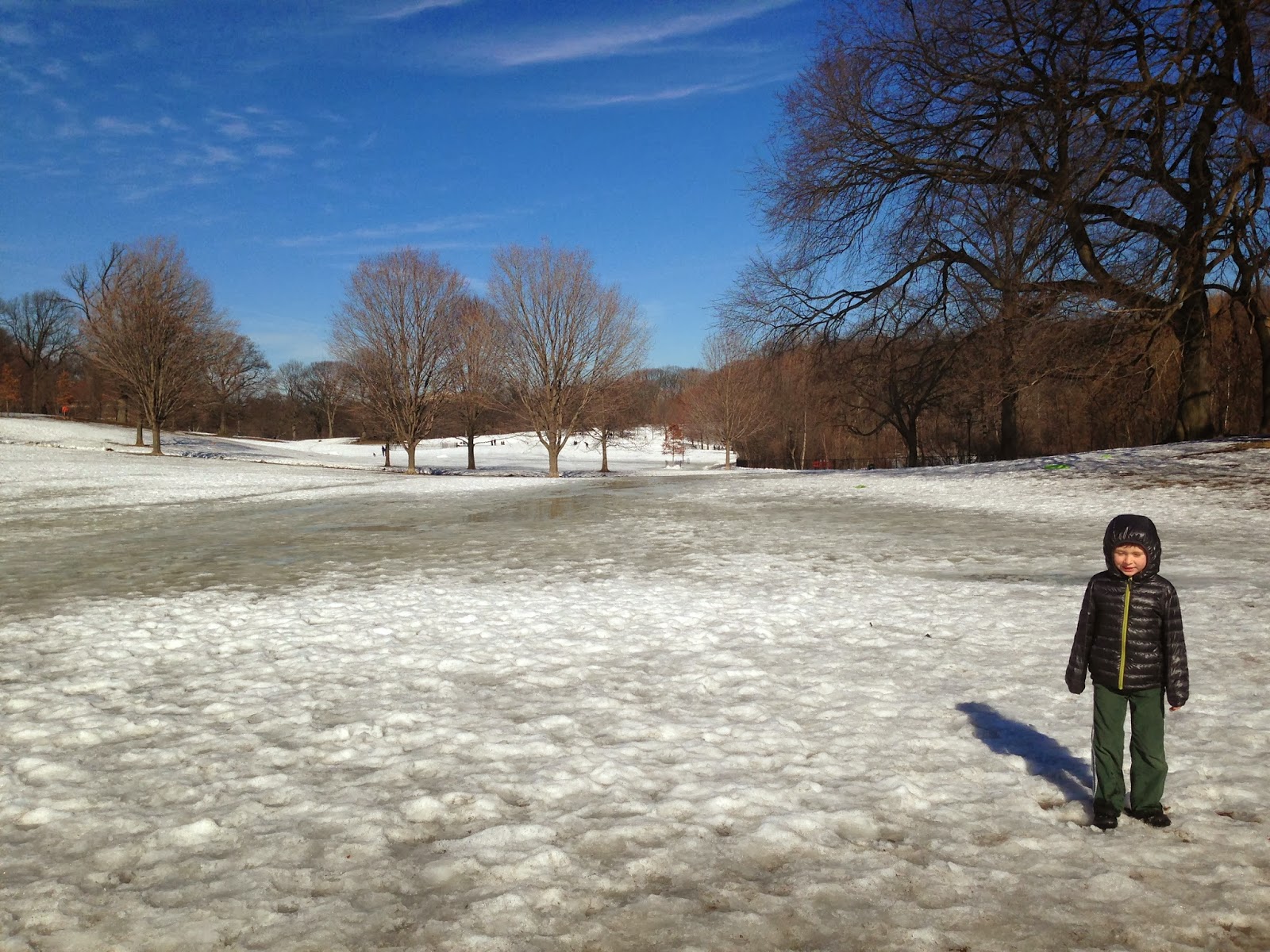 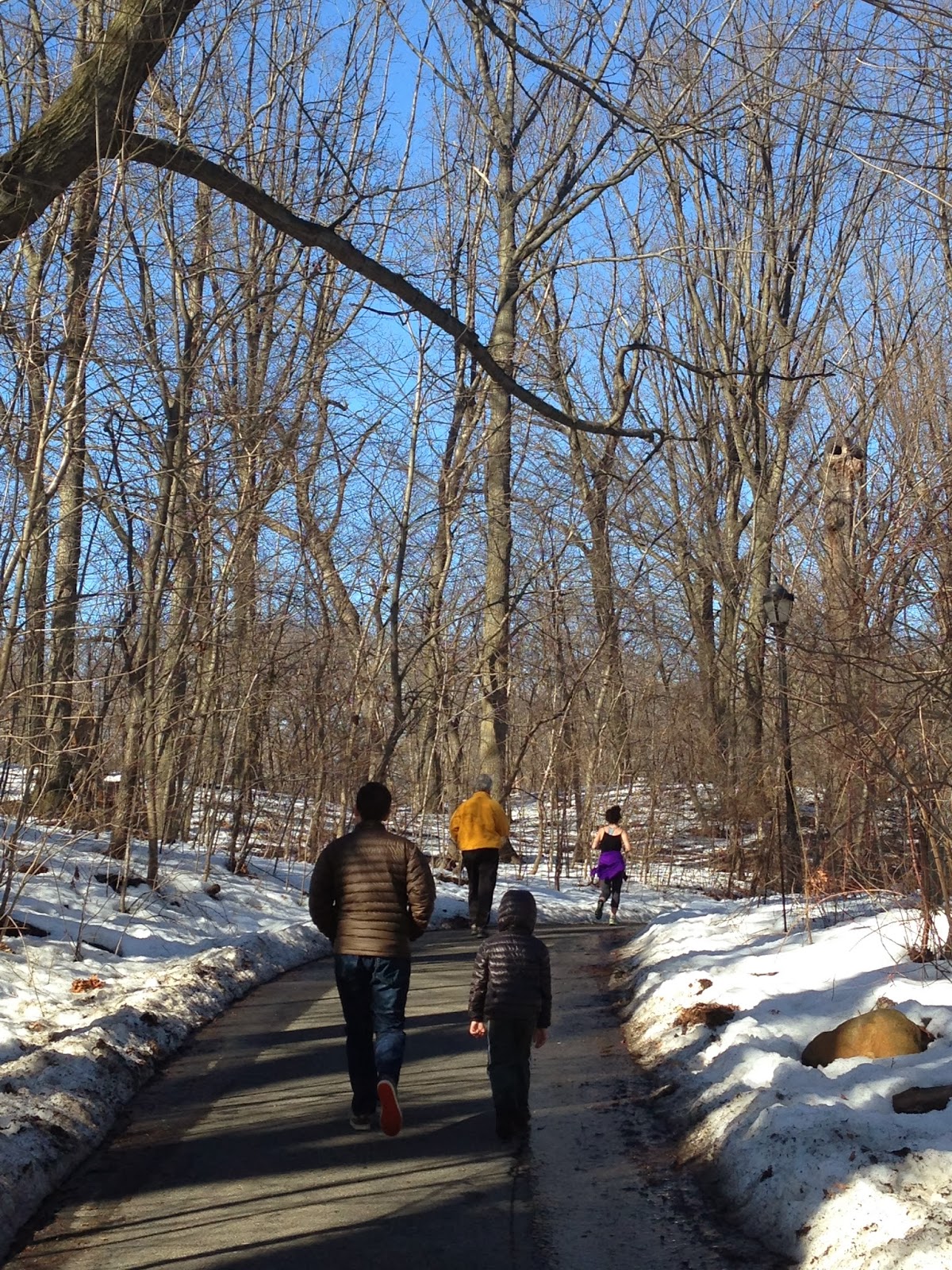 After the walk through the park we wandered down the main drag and completely by surprise came across 826NYC.  If you're not familiar with 826 Valencia, it's a space started by author Dave Eggers in San Francisco which gives free writing tutoring and workshops for children.  But in the front of the space, because of the way the building is zoned, they had to have retail shop, so in San Francisco the front of the shop is a pirate store.  They sell all things pirate: swords, costumes, treasure chests.  Well, in New York the front of the shop is the Brooklyn Superhero Supply Store.  How lucky were we to stumble upon a superhero supply shop?? 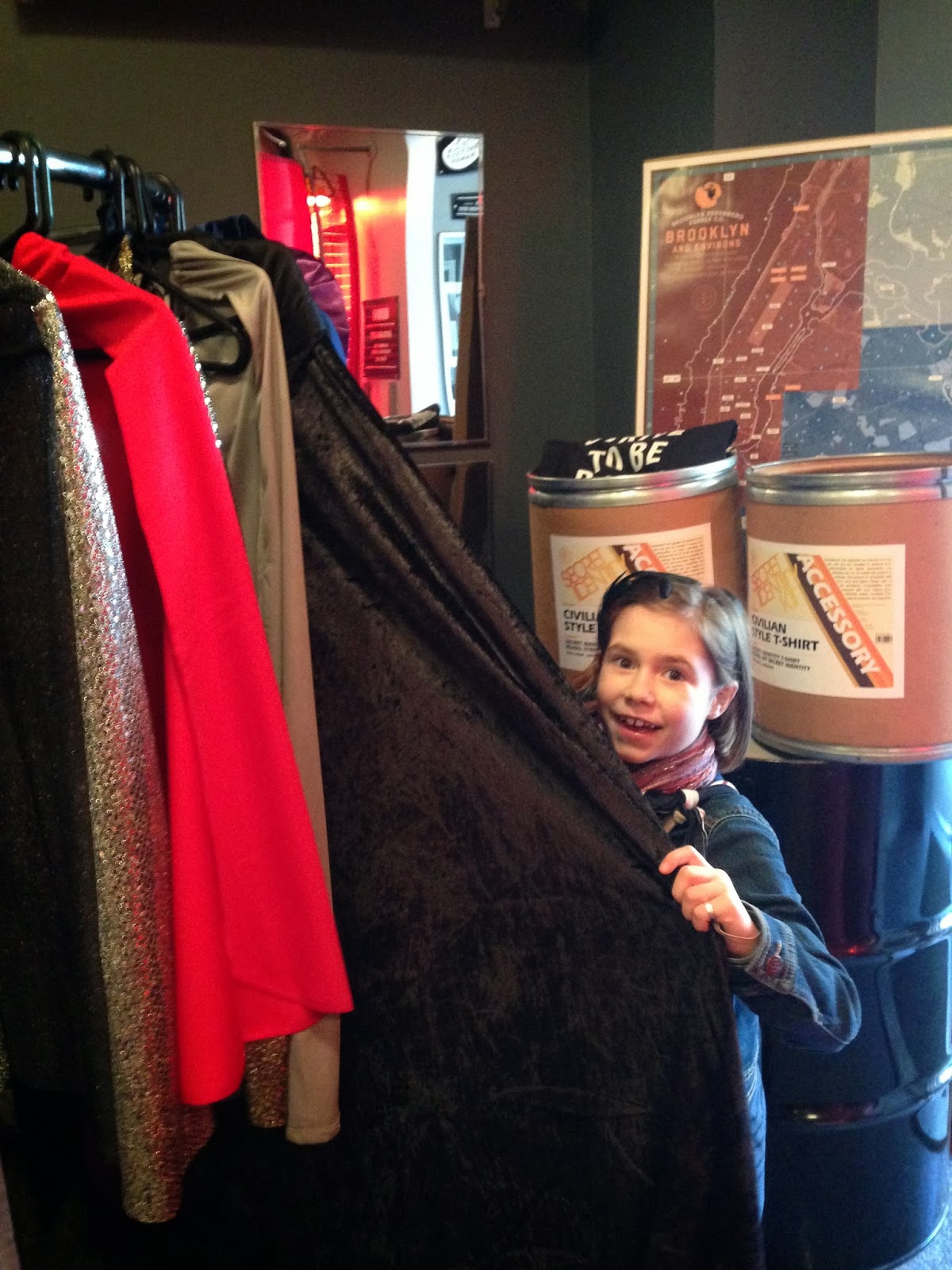 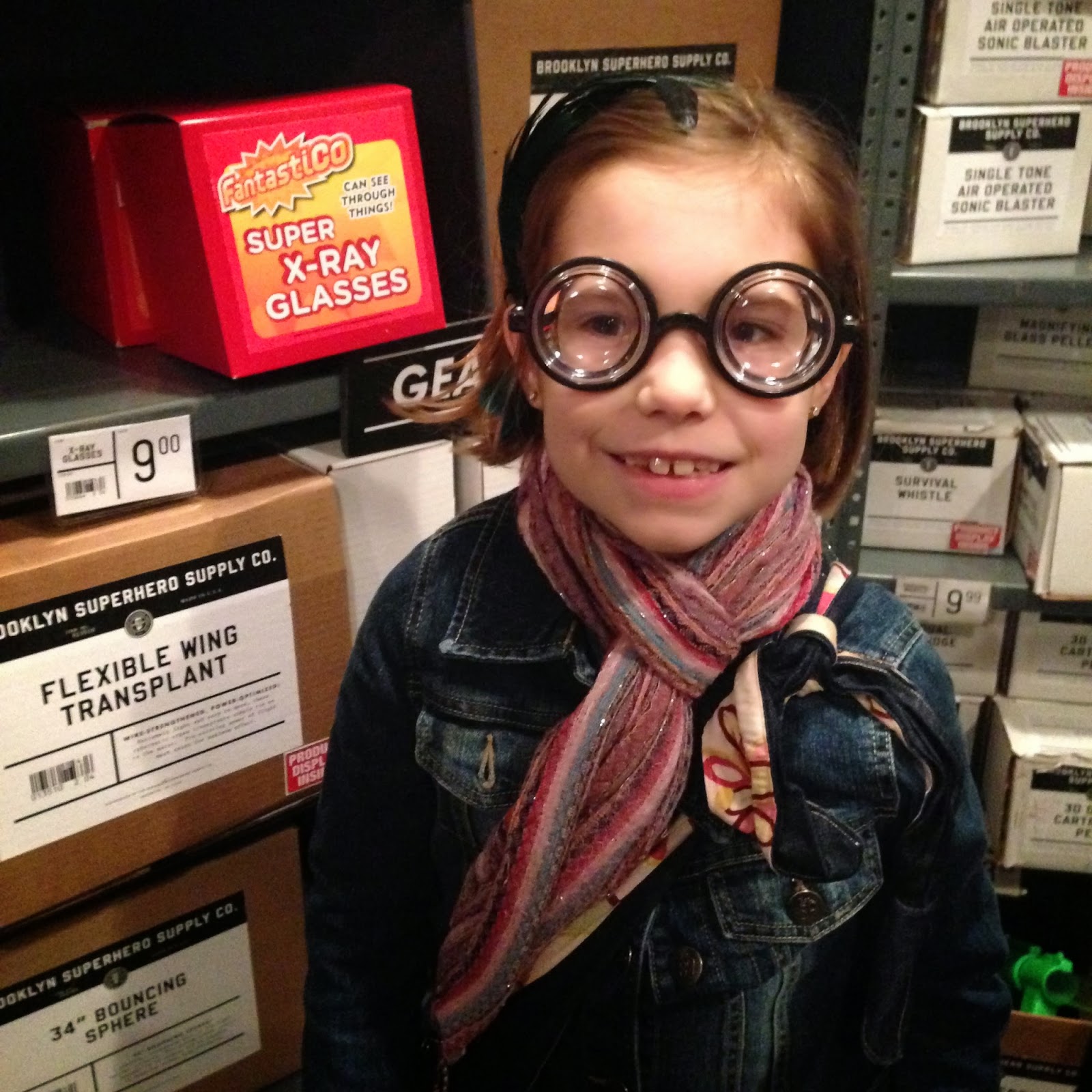 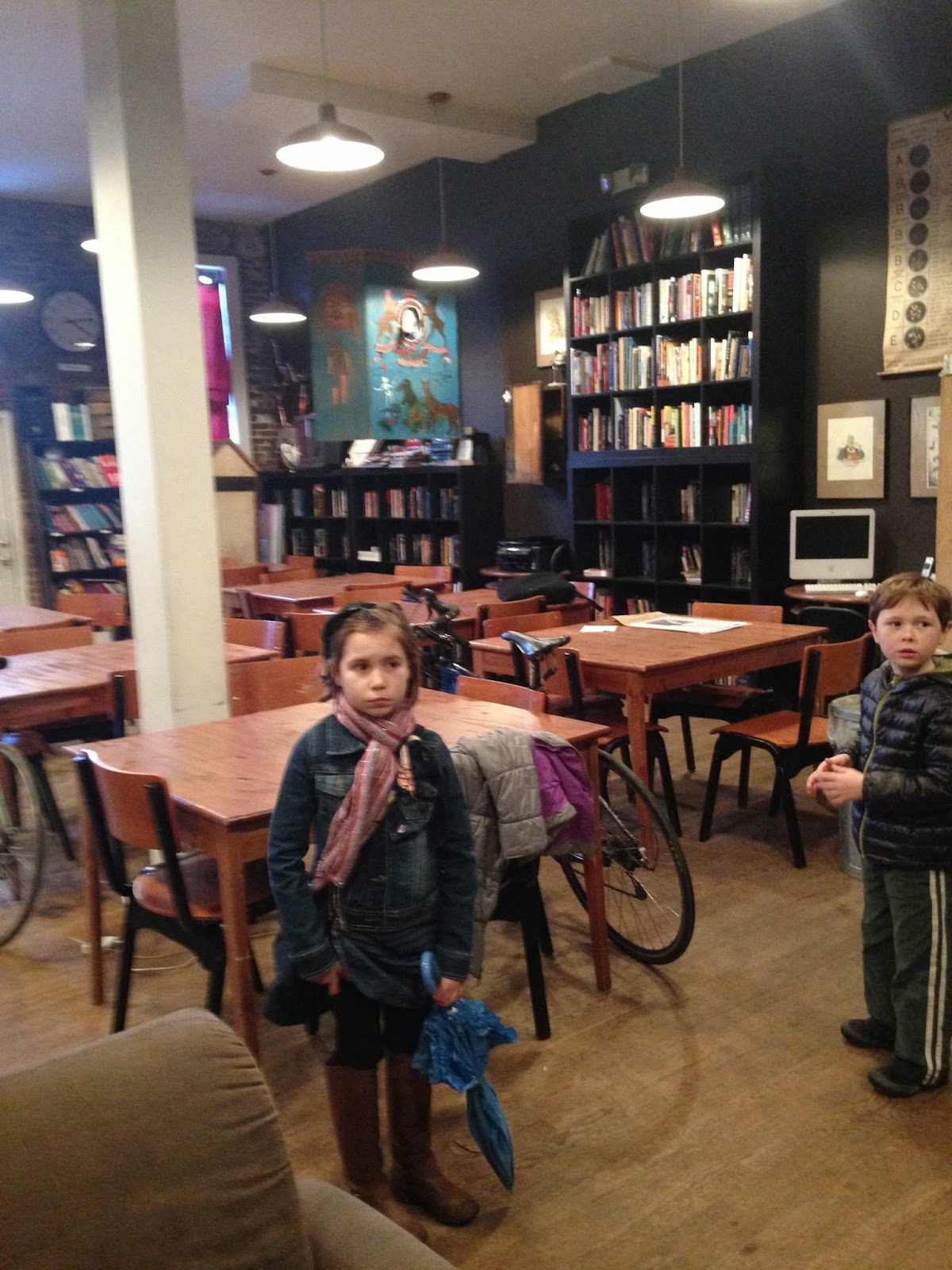 Through a secret door is the backspace where the tutoring happens.

In addition to selling items such as capes, x-ray glasses, new secret identities, you can enter the Devillanizer and purify yourself of any villainous tendencies. 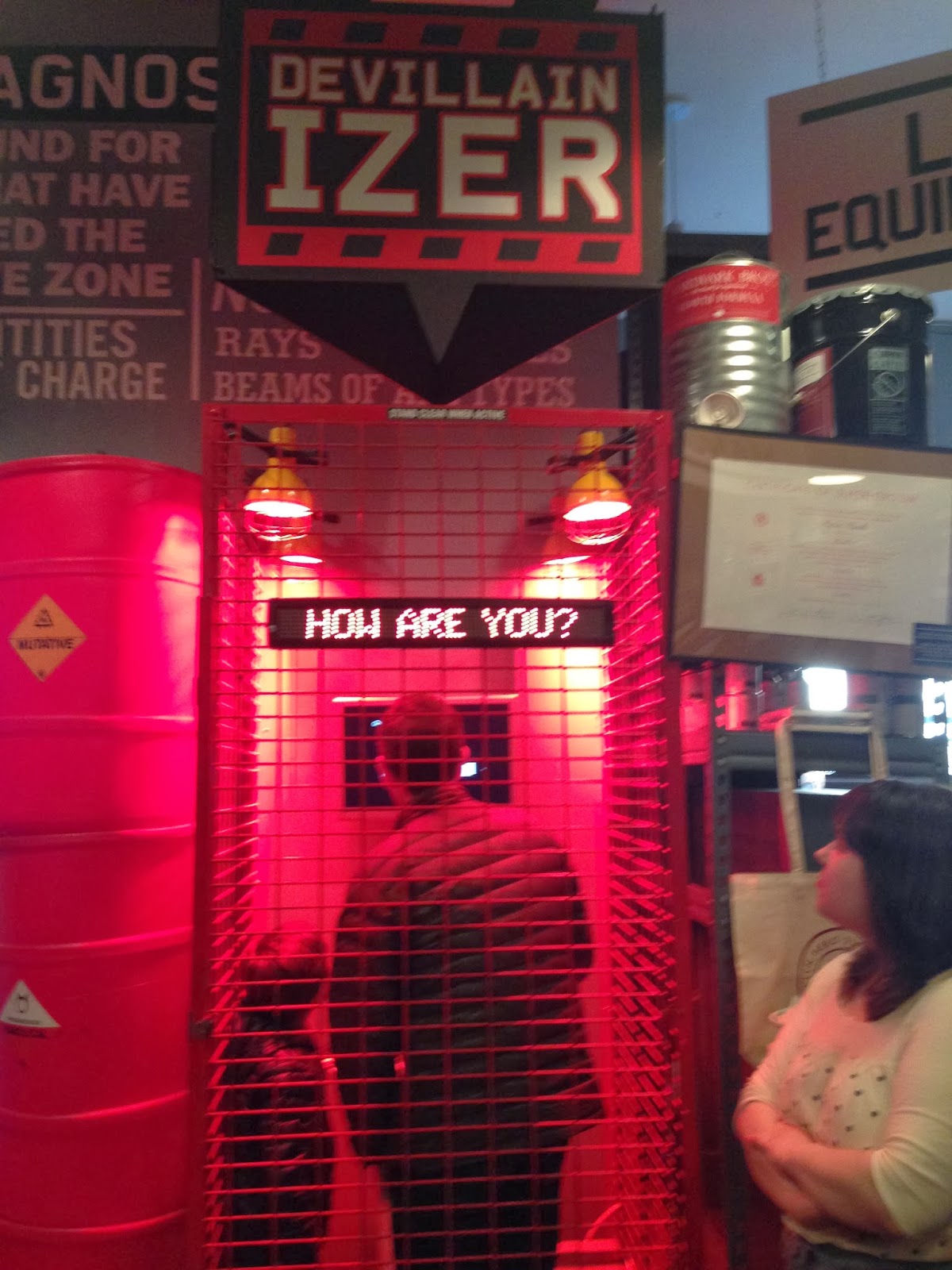 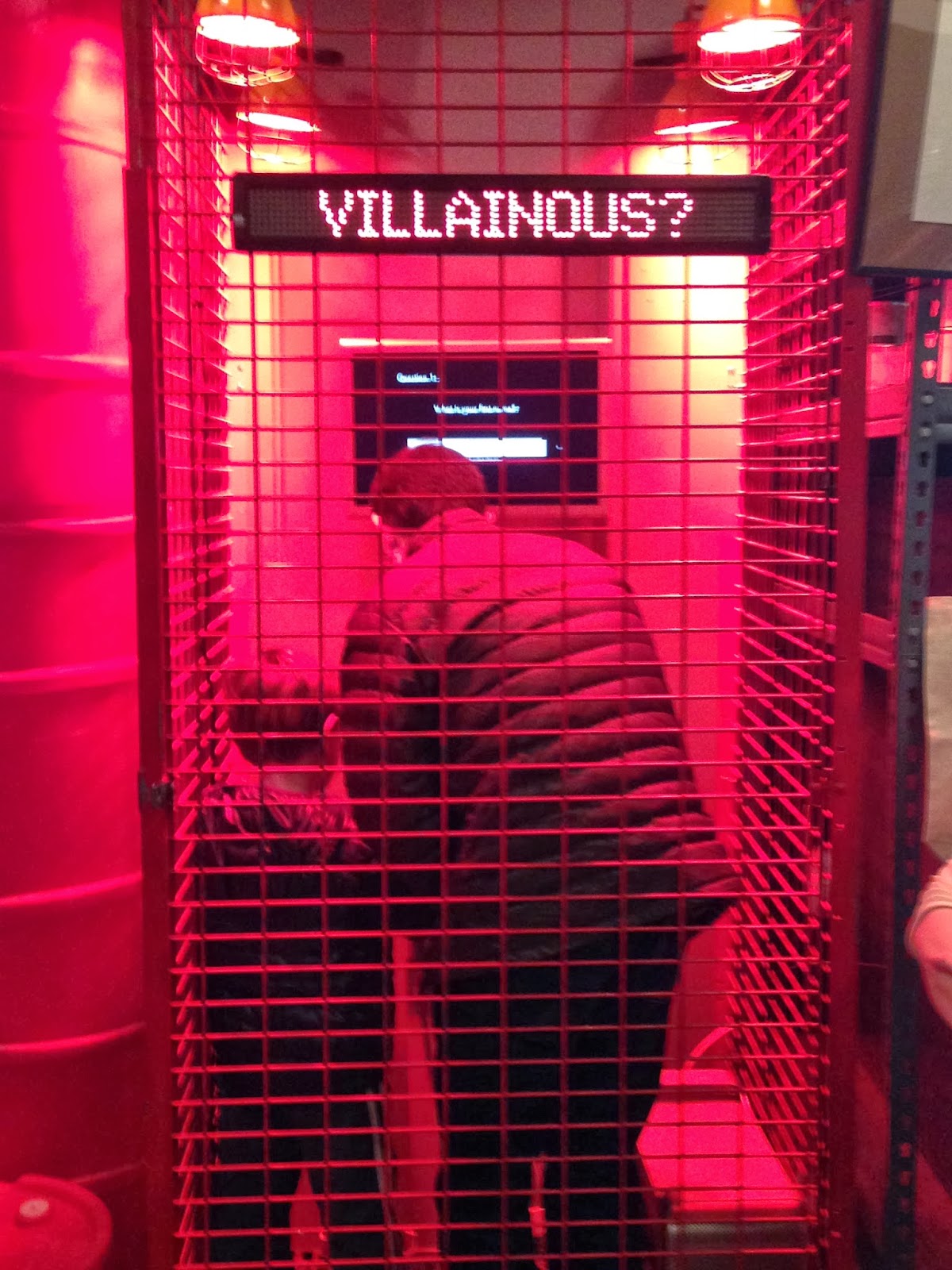 Kevin and Holden are now clean.

We had dinner at Pork Slope in Park Slope, Brooklyn and watched what turned out to be about the only Olympics we've watched for the last two weeks since the Opening Ceremonies. 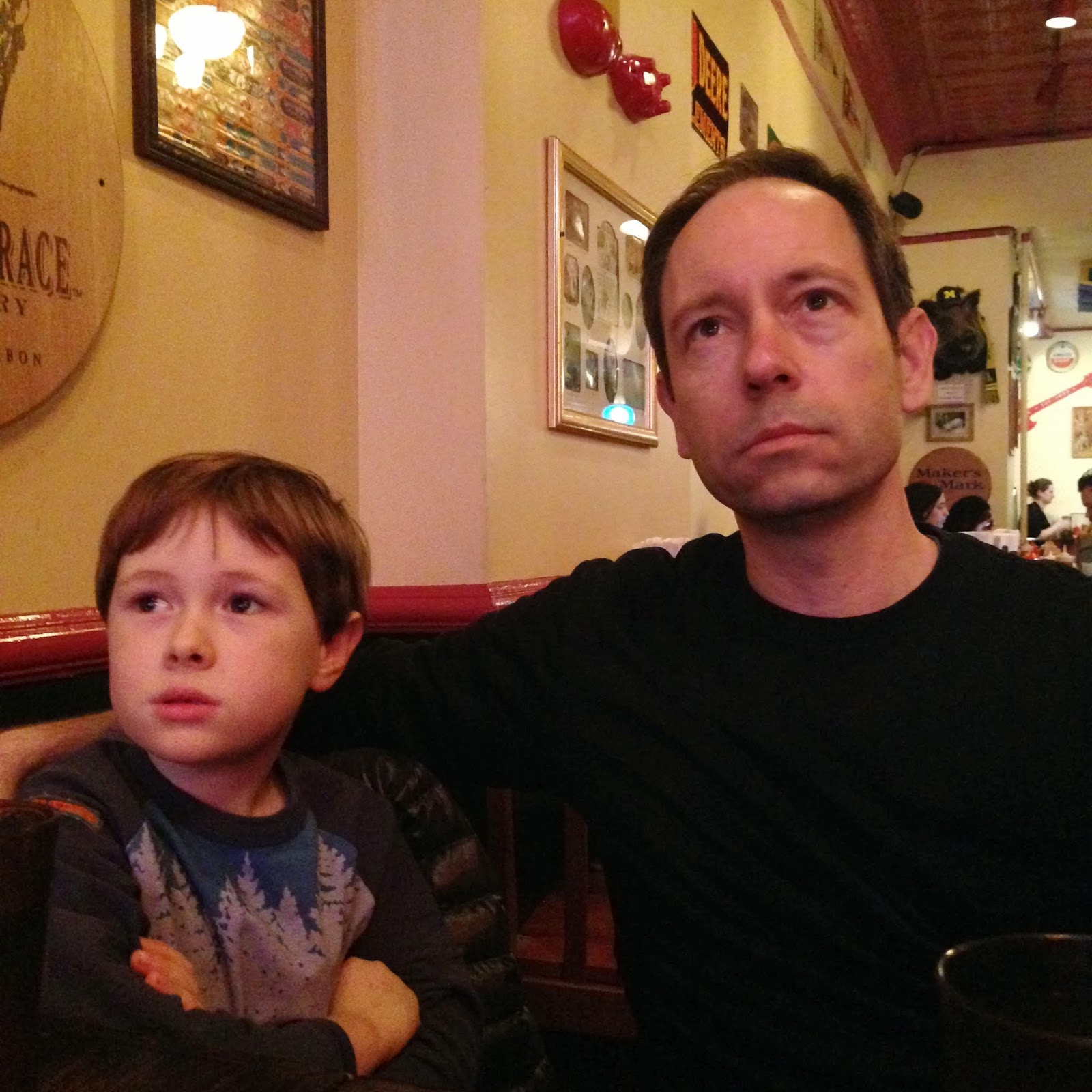 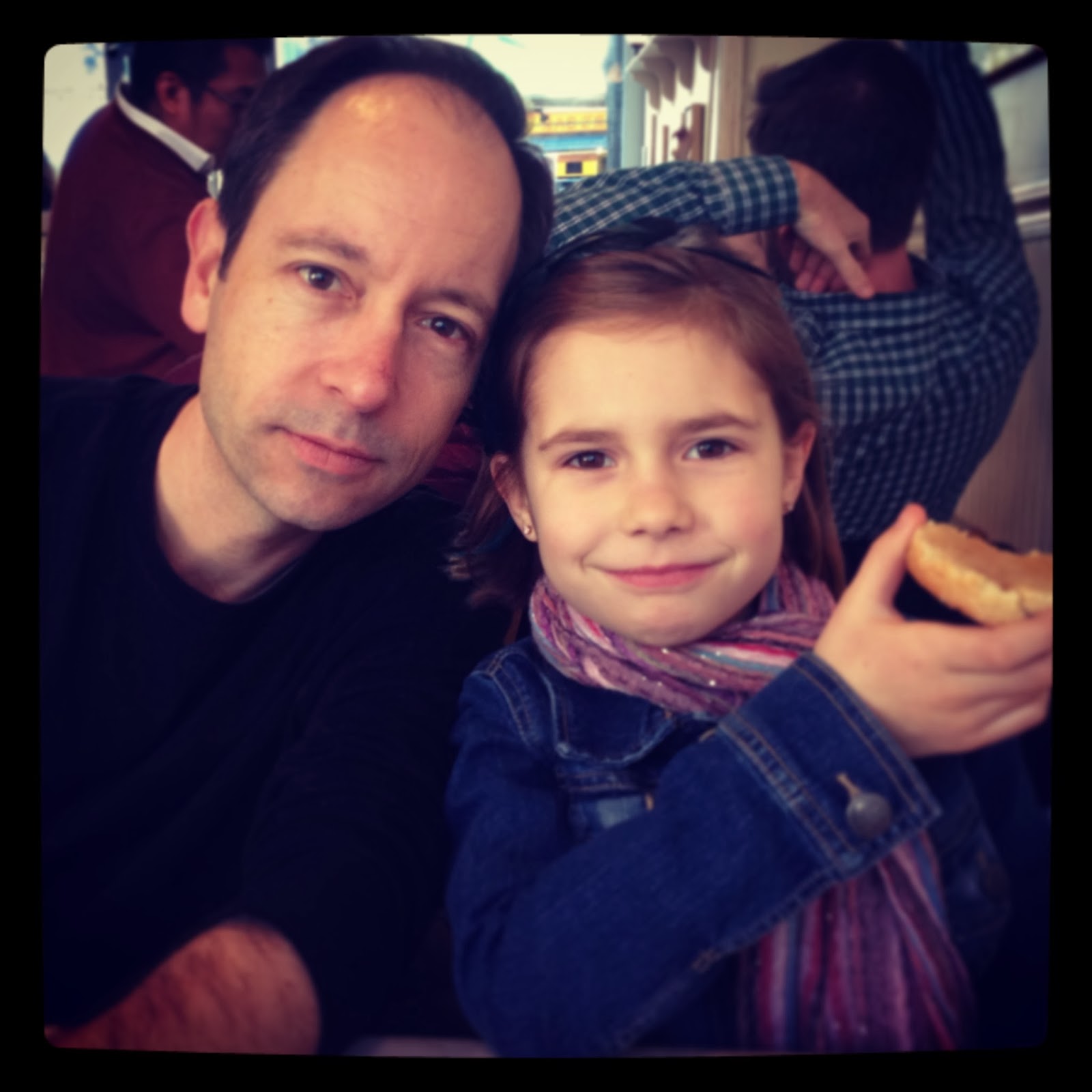 As you know, our church on Sunday mornings is a museum.  We hadn't checked out the Sunday morning children's tours at the Museum of Modern Art in a while so we decided to jump in on one and weren't disappointed. 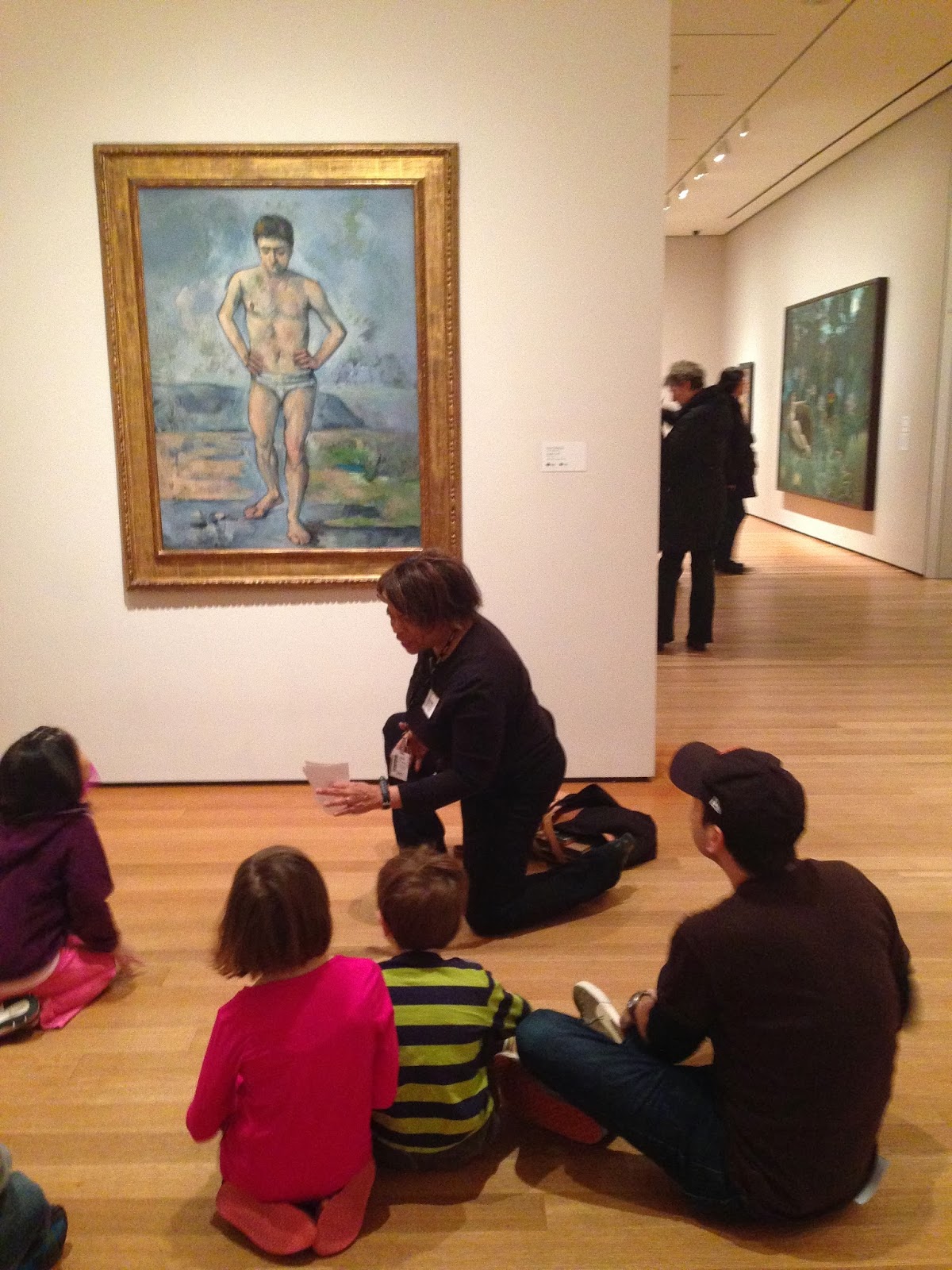 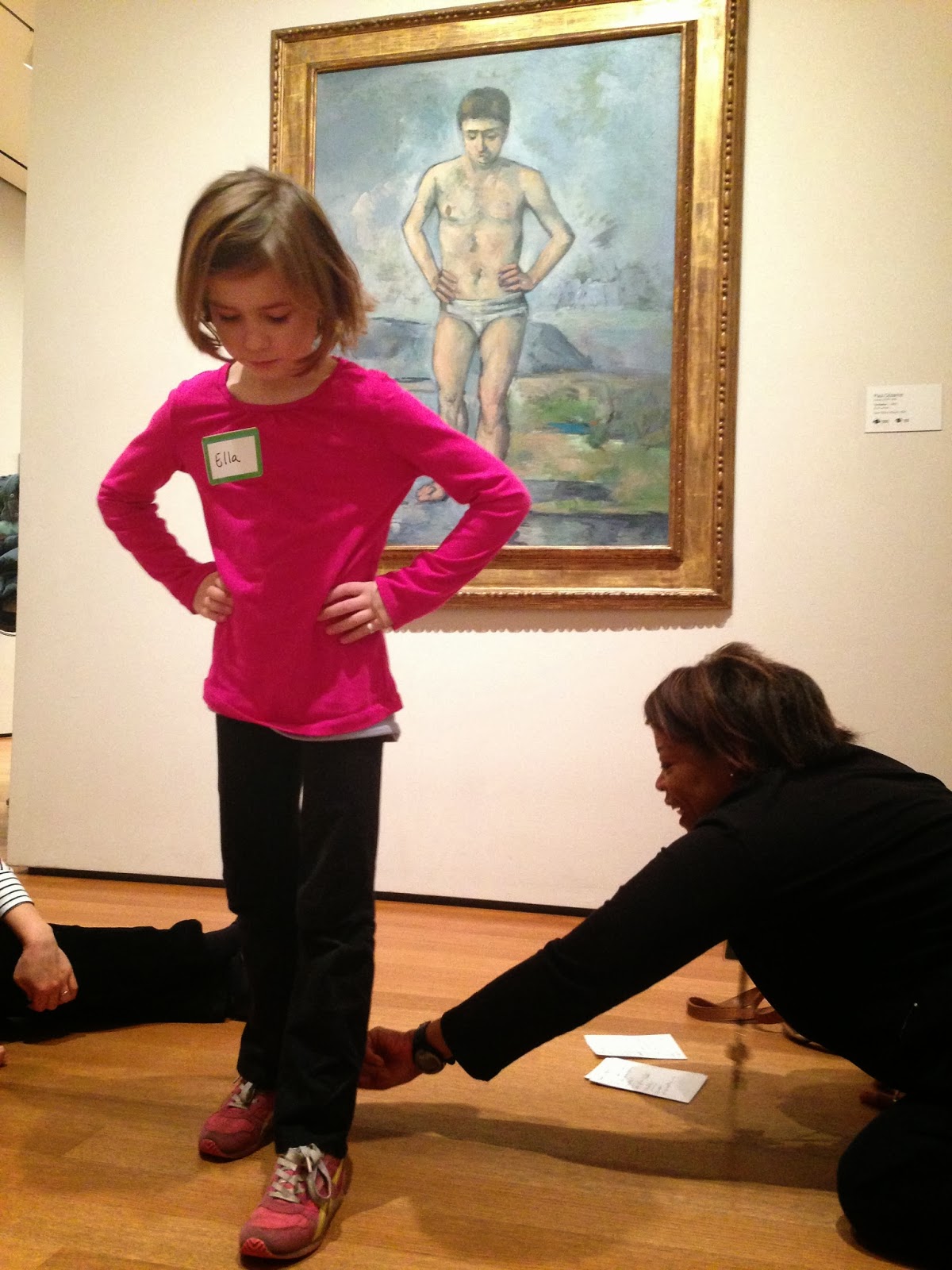 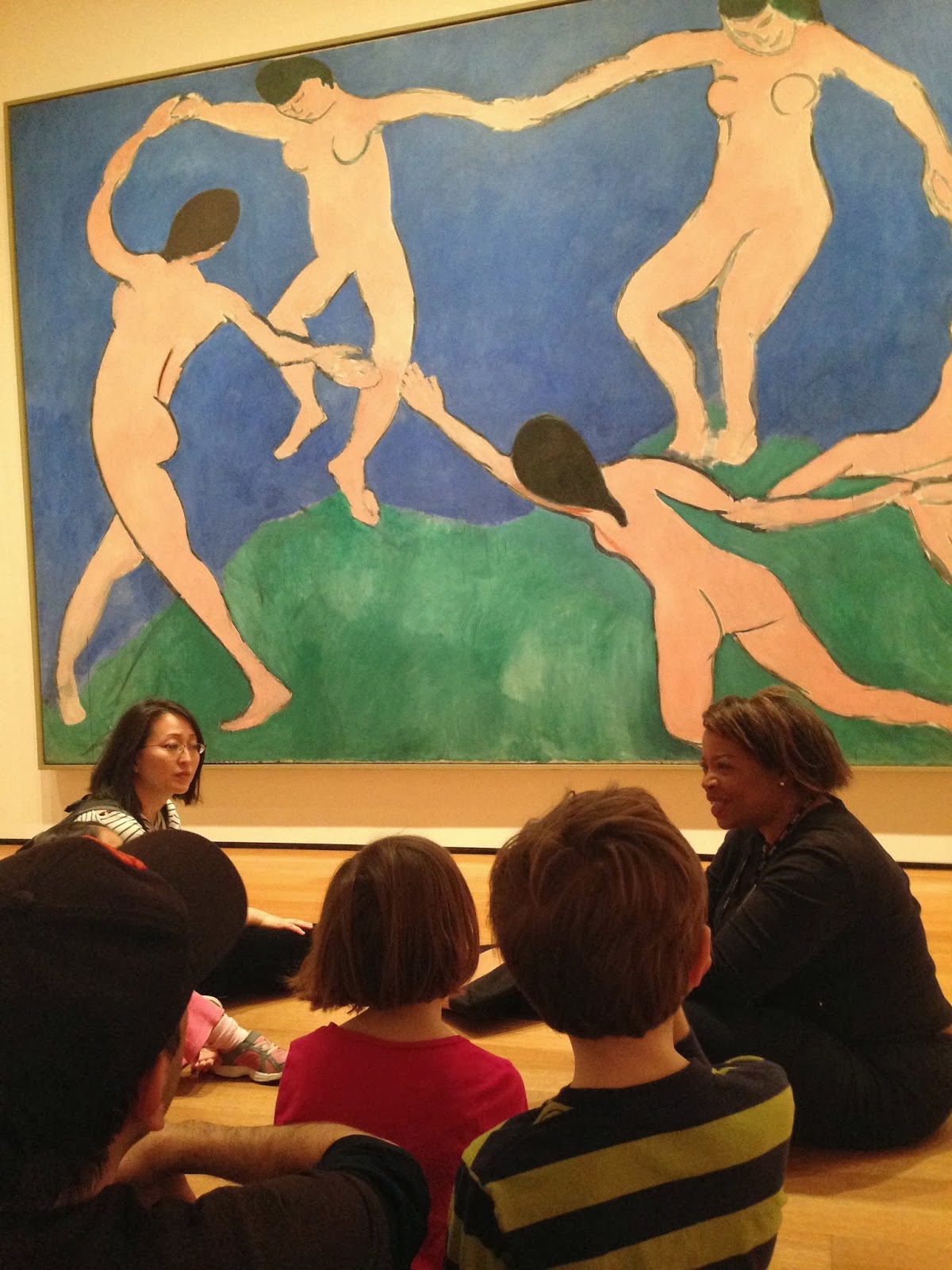 We got a really great docent this time and she made it really fun for the kids, discovering motion in paintings and sculptures.  She was very interactive with the kids and really brought them to life. 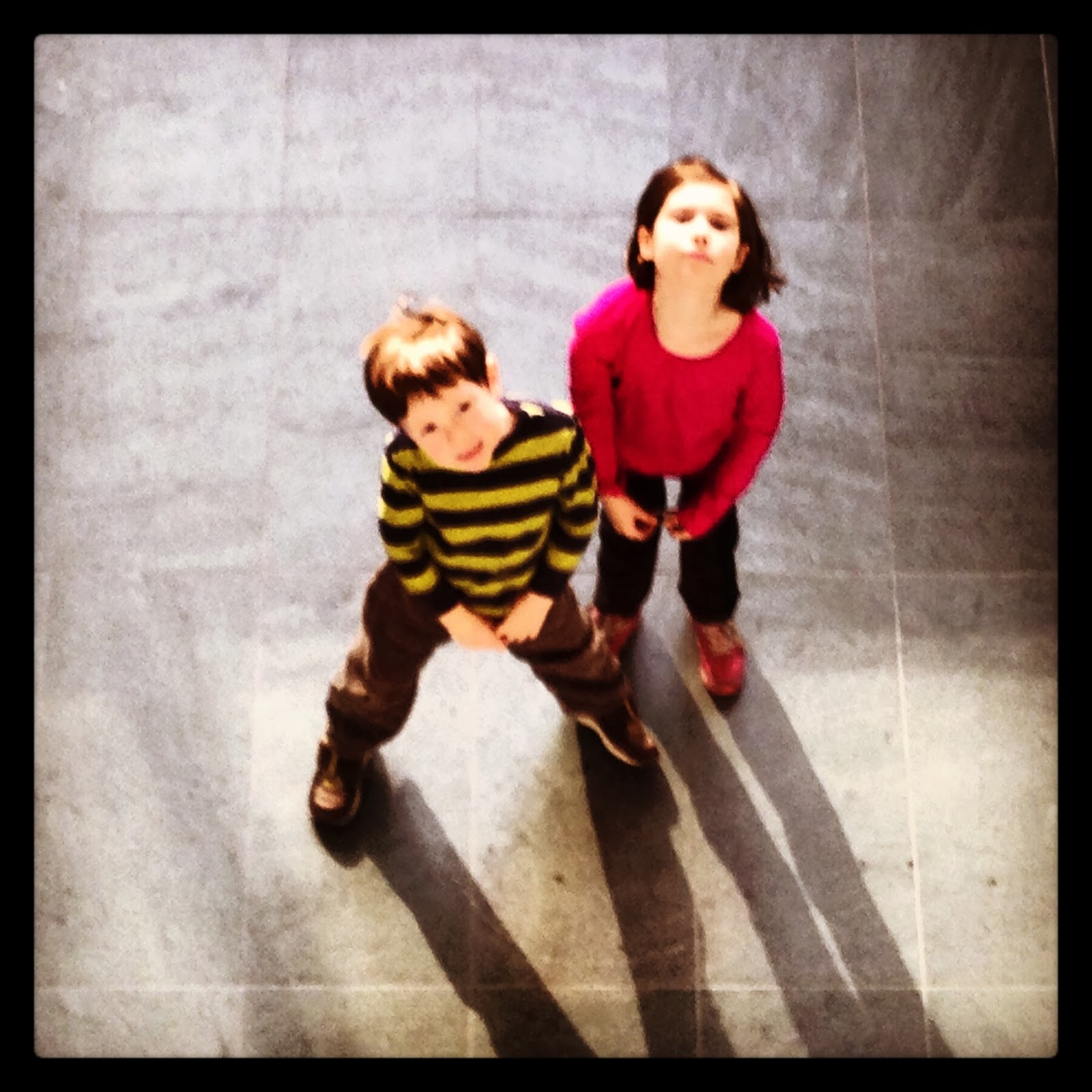 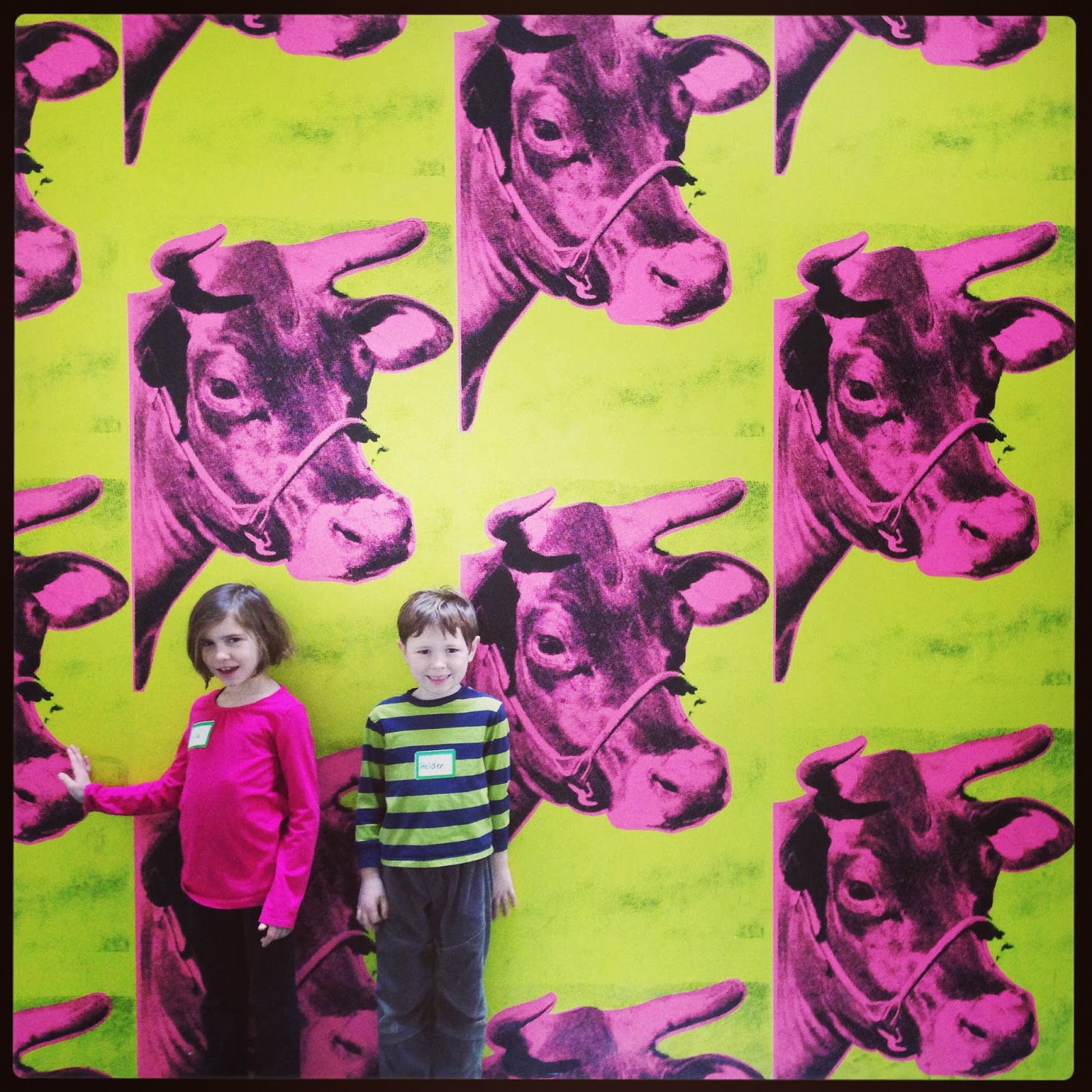 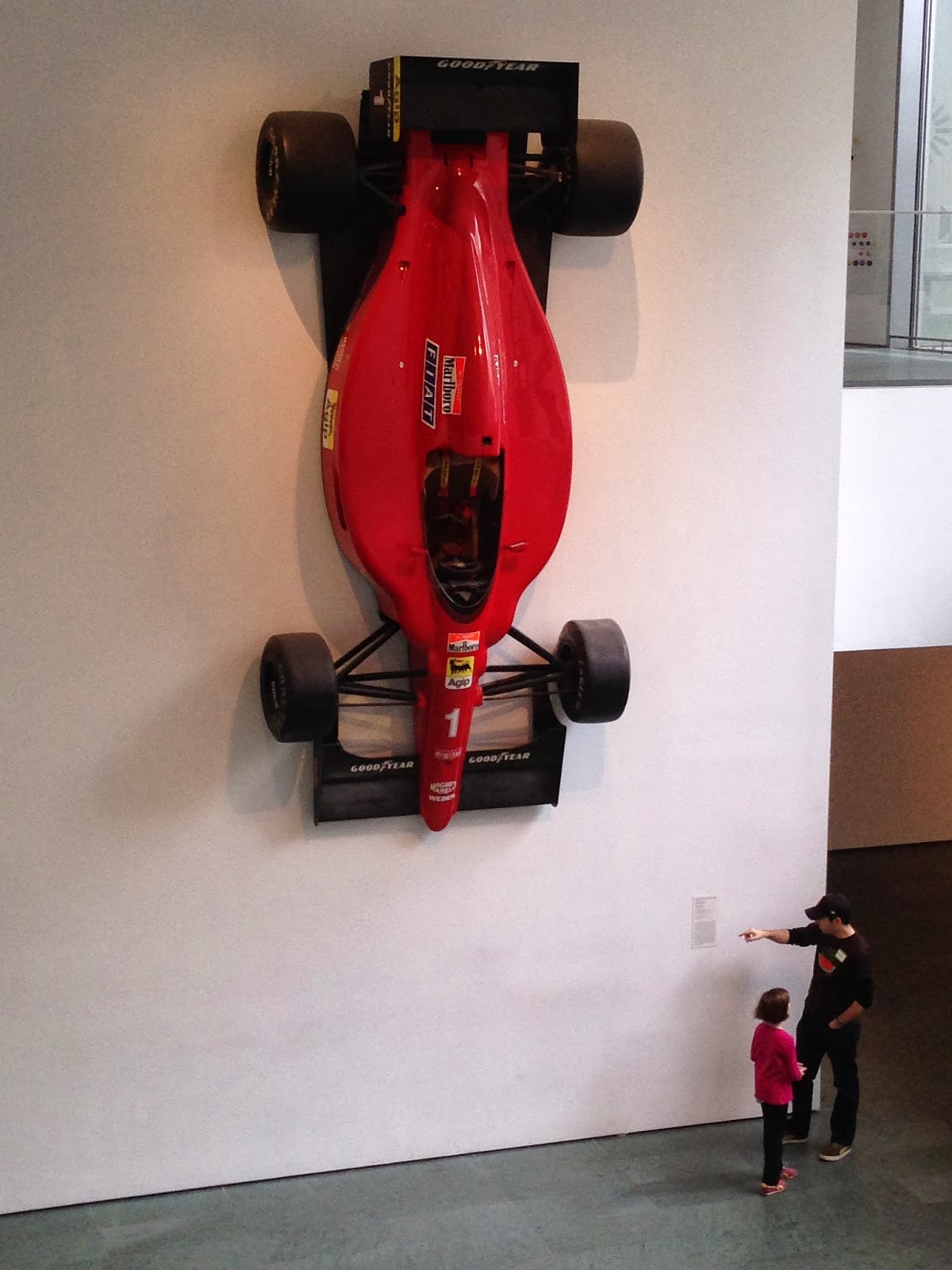 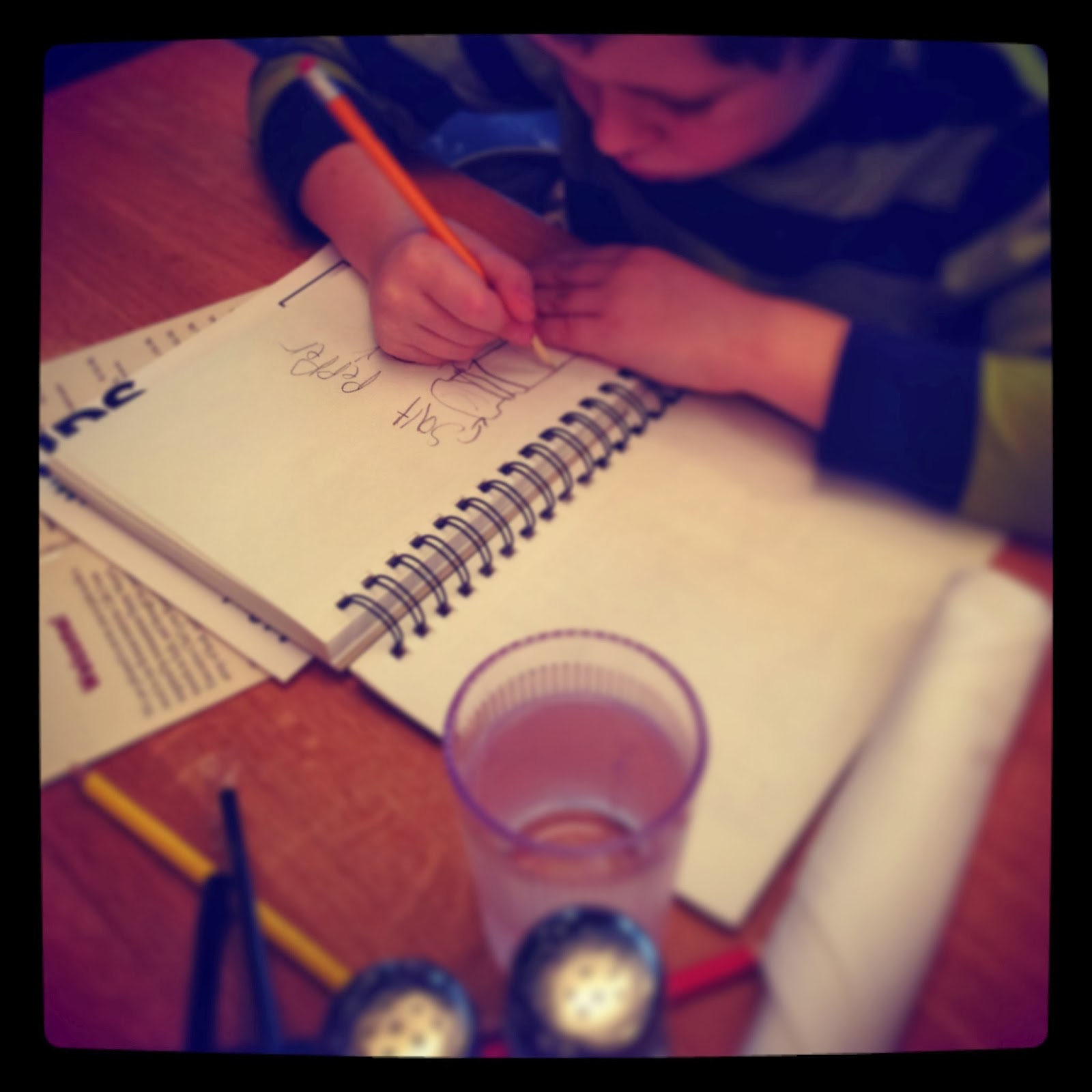 It even inspired Holden to do some still life. 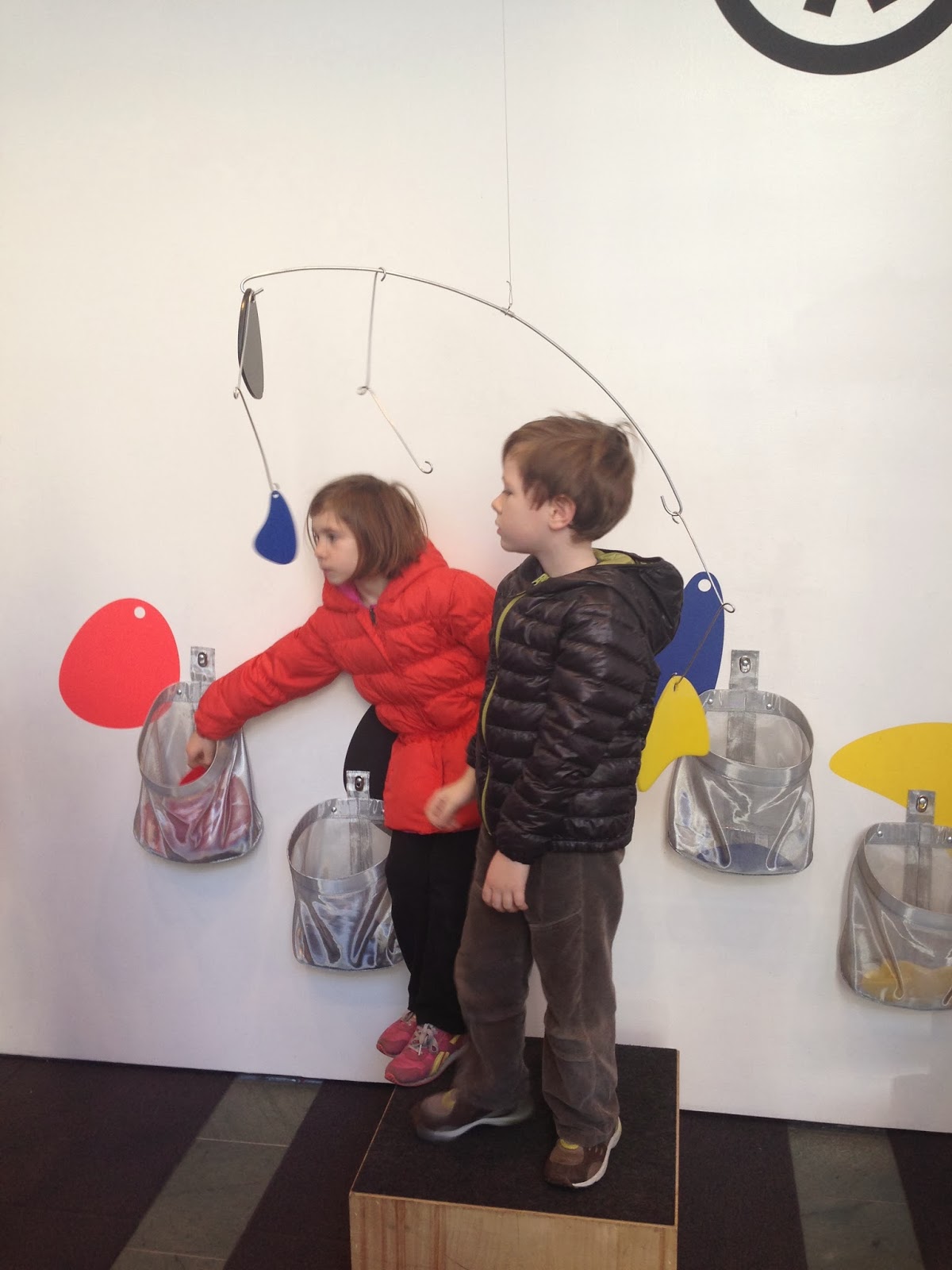 Building their own Calder mobiles.

On our way home we took a detour to one of our favorite bookshops, Bookculture, near Columbia University.  I noticed this desk for the first time.  It asks you to sit and write a letter by hand.  Put it in the box and they'll mail it for you and pay for the postage.  I thought it was sweet. 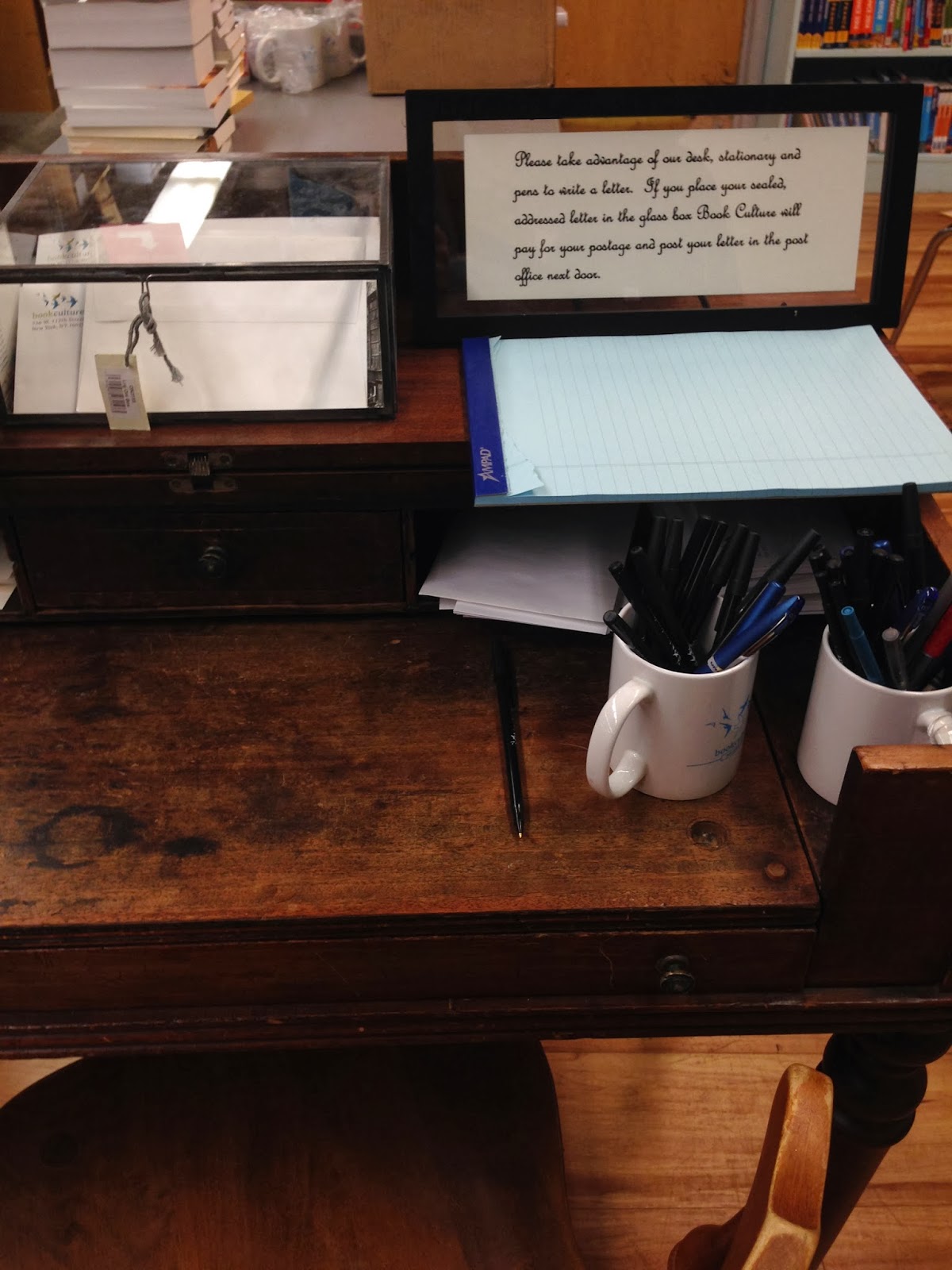 After an exhausting weekend we ended it quietly on Sunday night with Kevin and Holden playing chess while Ella cooked us all dinner - alphabet soup with veggies. 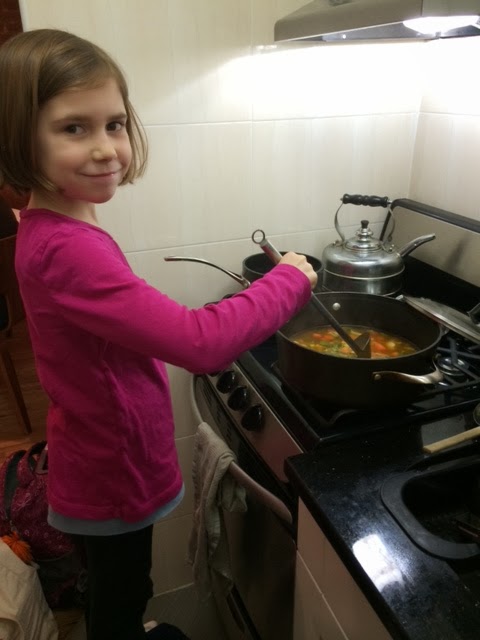 It was delicious.
Posted by Gretchen at 1:28 PM