The weekend started off sweet with our promise to take Ella to Sugar and Plumm when she finished her 100th chapter book. 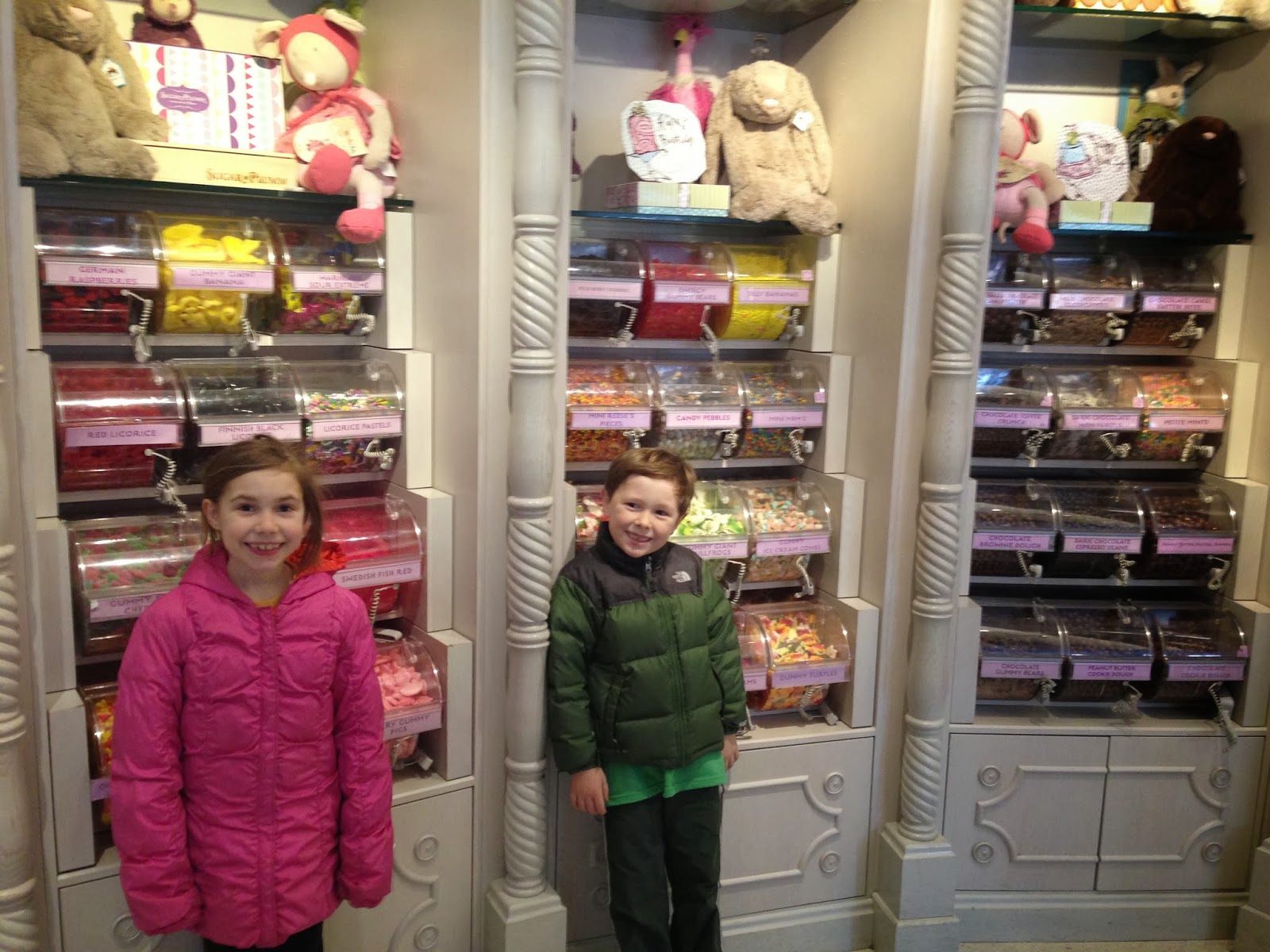 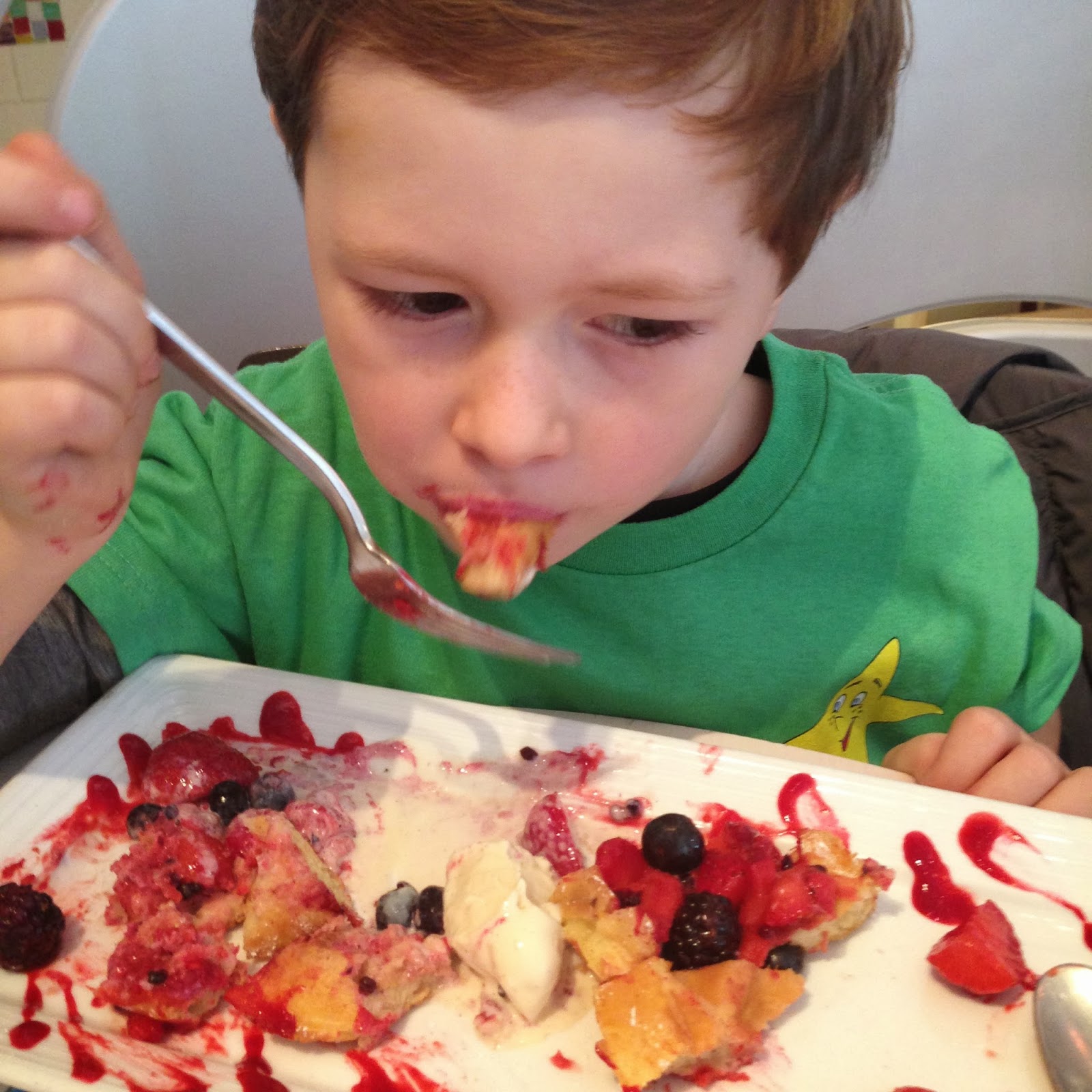 The kids were of course thrilled to start their day with so much sugar.  Luckily, they had already worked up an appetite at soccer.

We then kept with our book-theme for the day by visiting not one, not two, but THREE bookstores!  We even tried for a fourth but it was closed by the time we arrived.

New York may be the last place on Earth with no shortage of independent bookstores.  We started at the historic Rizzoli Bookstore, a 50 year-old institution housed in a 4-story townhouse just below the park. 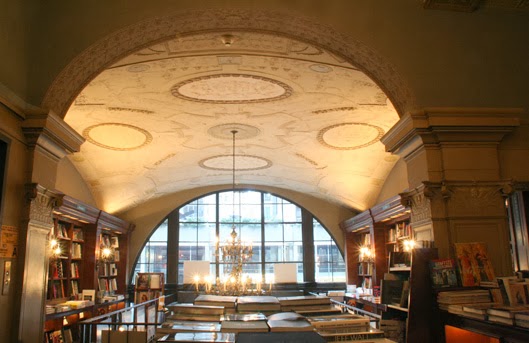 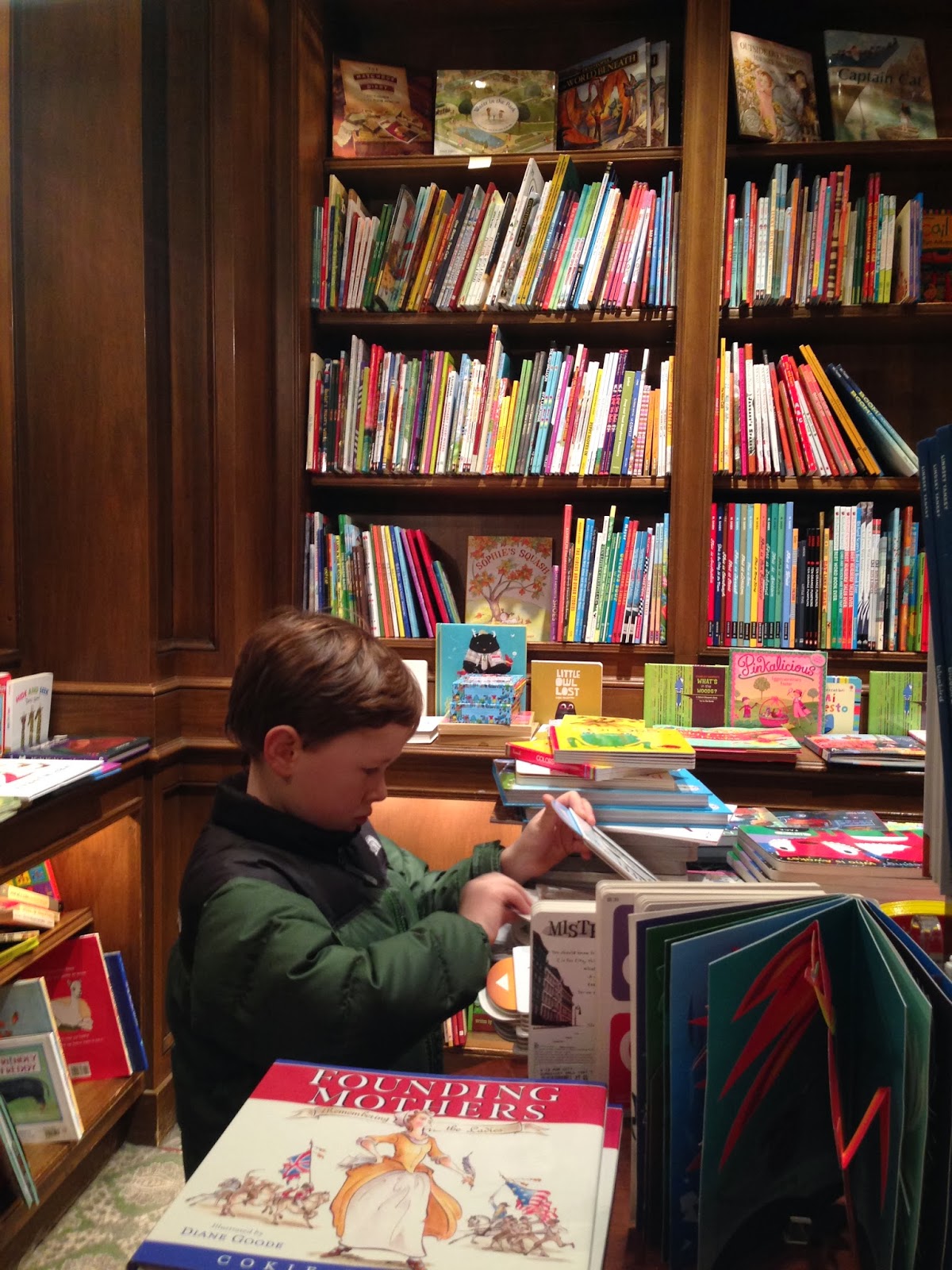 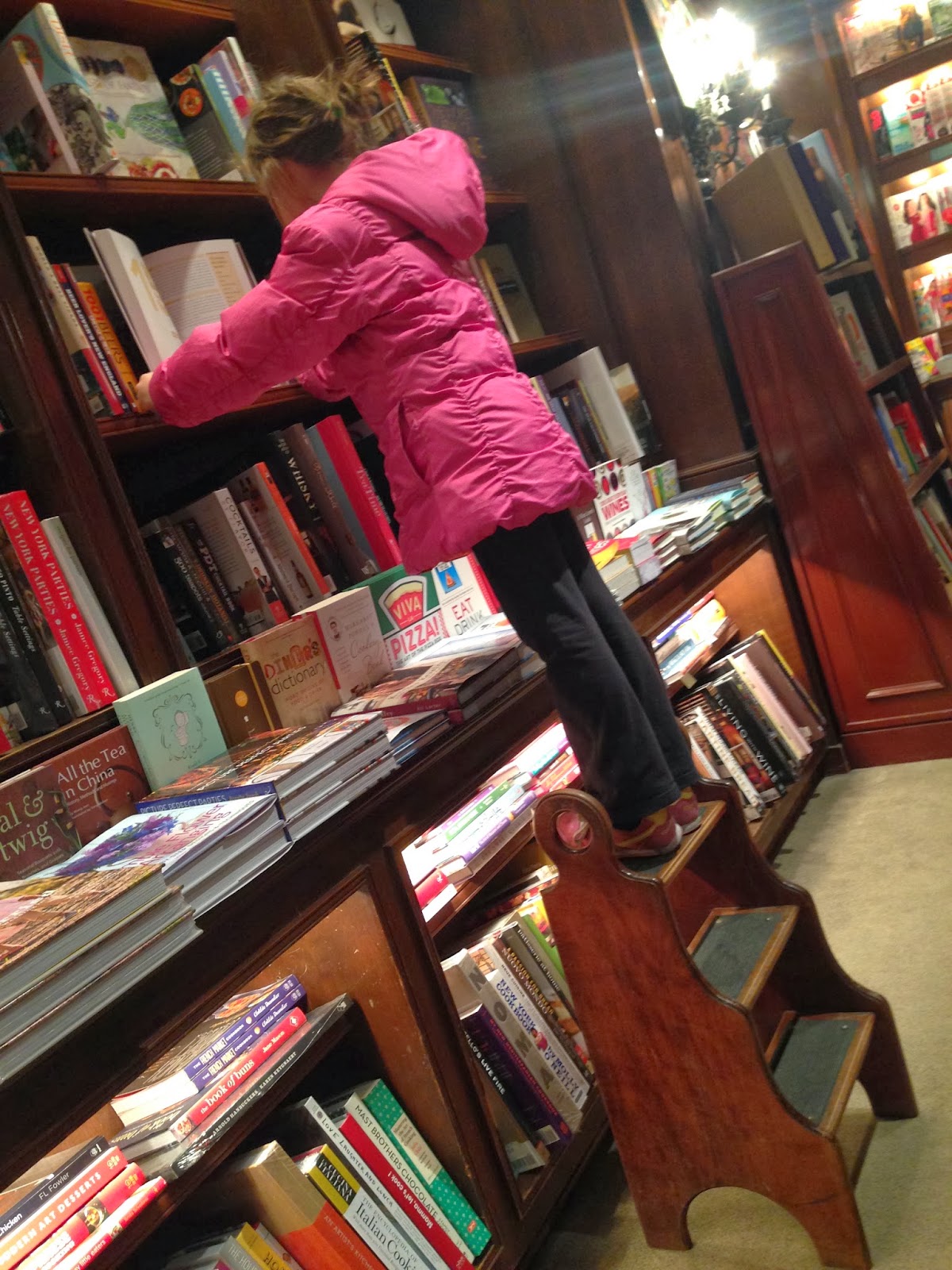 We then headed down to SoHo for what turned out to be the kids' highlight, The Scholastic Bookstore, which is the first floor of the Scholastic Press Building.  Scholastic Books, as you may know, is a huge publisher of educational materials and children's books, specifically Holden's current favorite Captain Underpants (two boys turn their evil school principal into a super hero who fights crime in his underwear - comedy ensues).  Ella picked a book recommended by Cousin Bonnie, The Doll People, and now can't put it down.  Thanks, Cousin Bonnie! 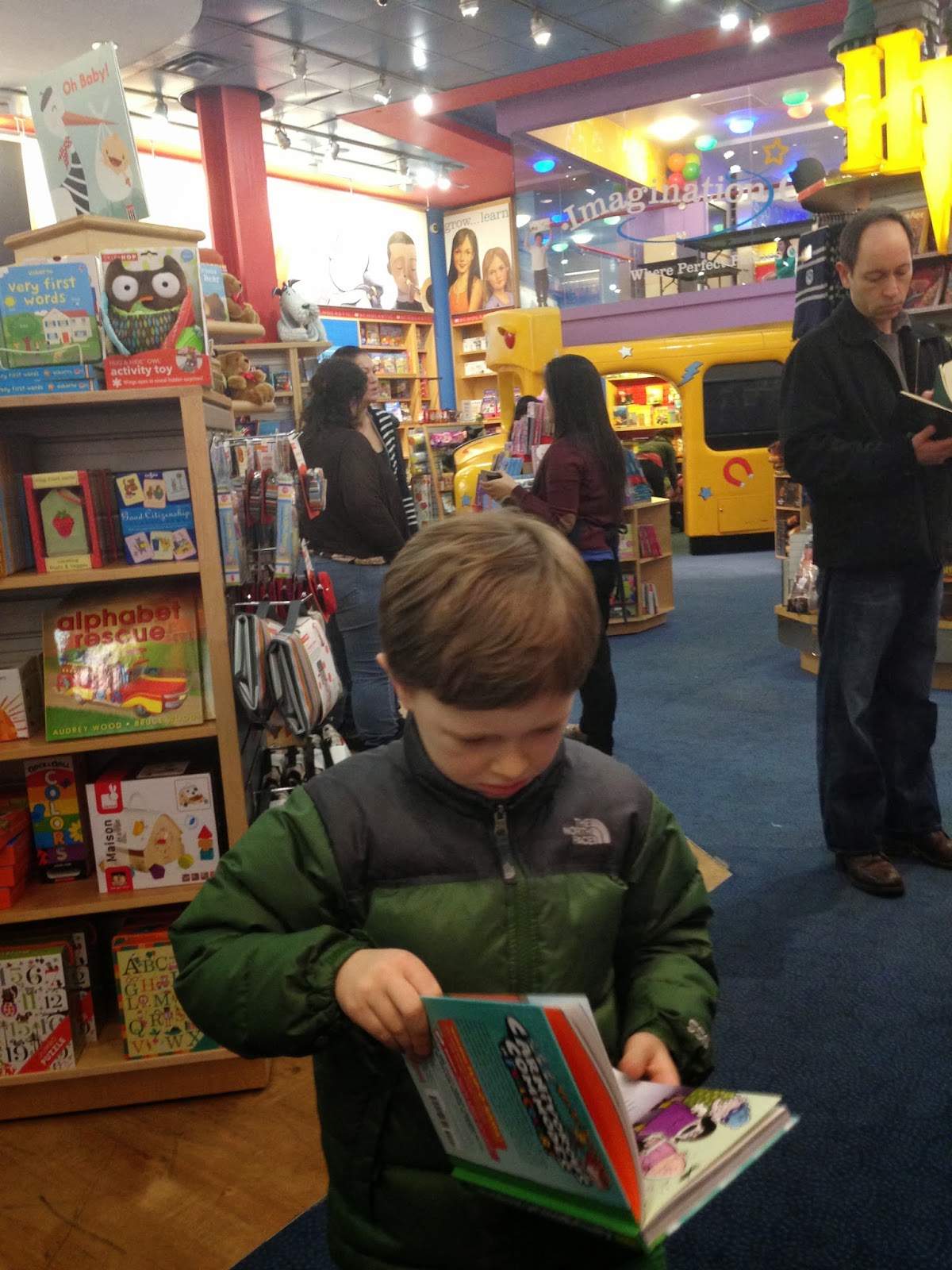 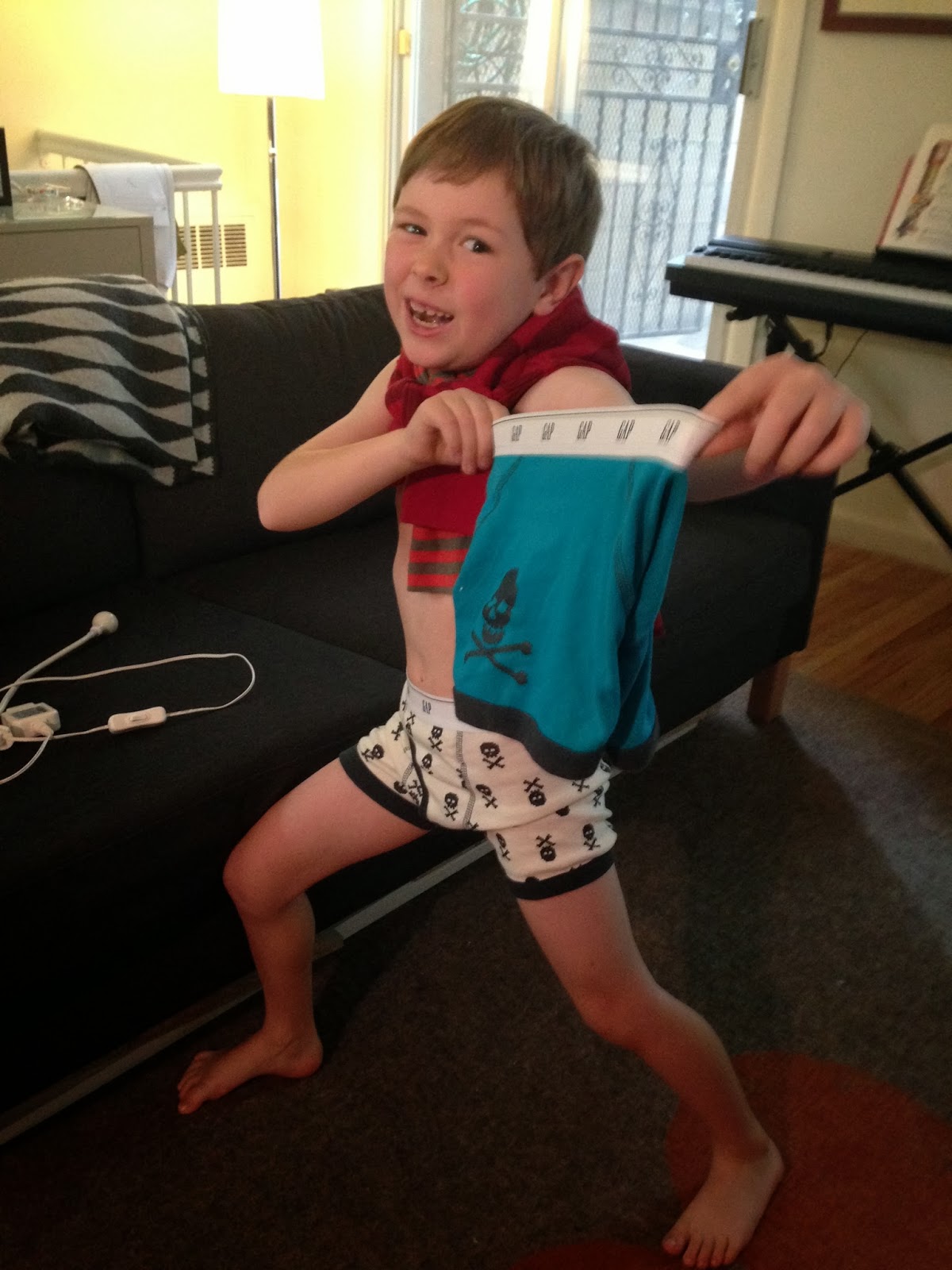 Stop number three was Kevin's favorite.  Just a couple blocks from Scholastic is the McNally-Jackson Bookstore, a very hip, multi-story bookstore with a decent Spanish section, a cool cafe, and a nice children's area downstairs. 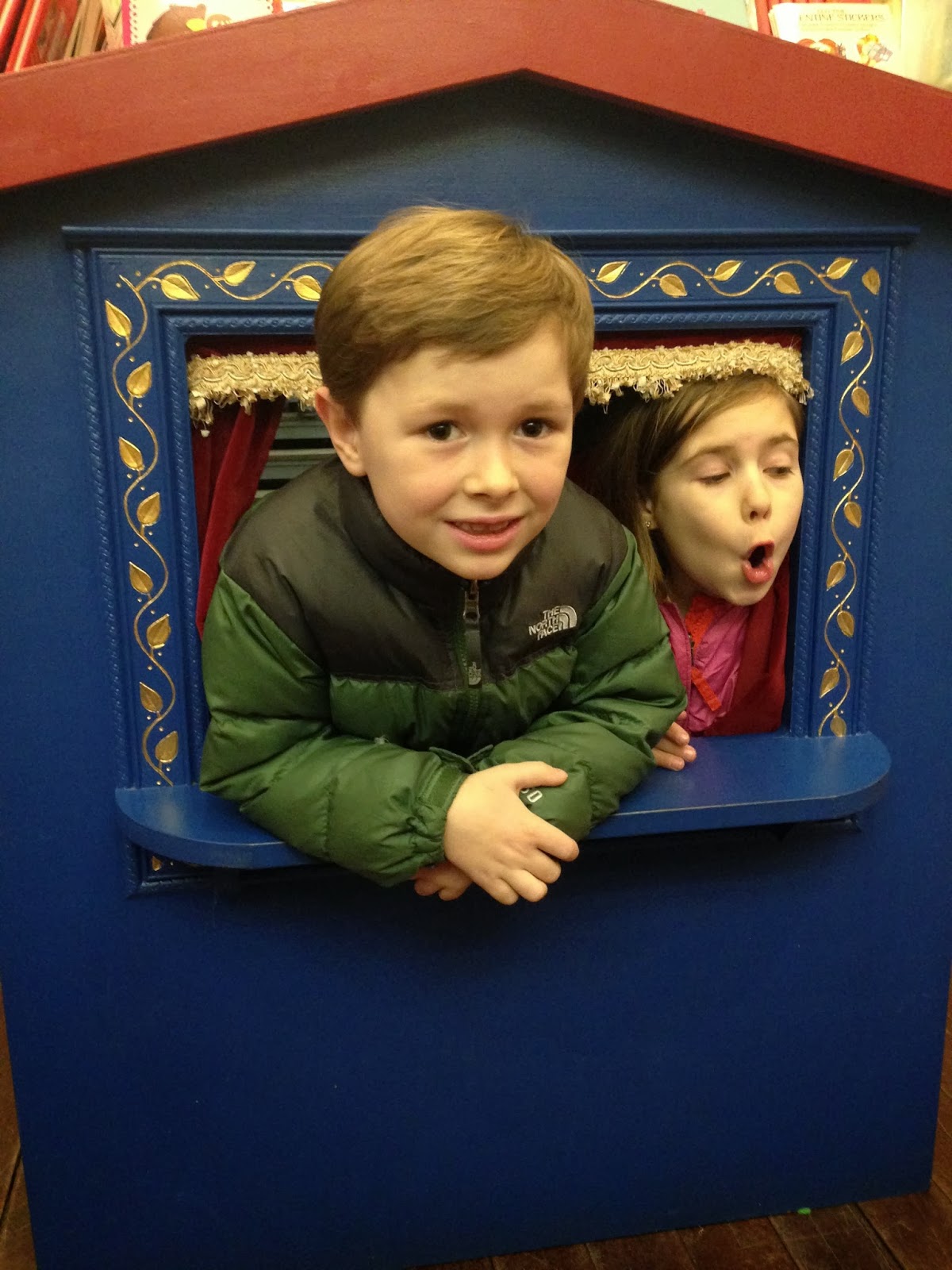 Sunday was our now annual trip to Chinatown to take part in the Chinese New Year celebrations.  The weather was beautiful this weekend (and by beautiful I mean that it was in the 40s and we didn't require hats or gloves). 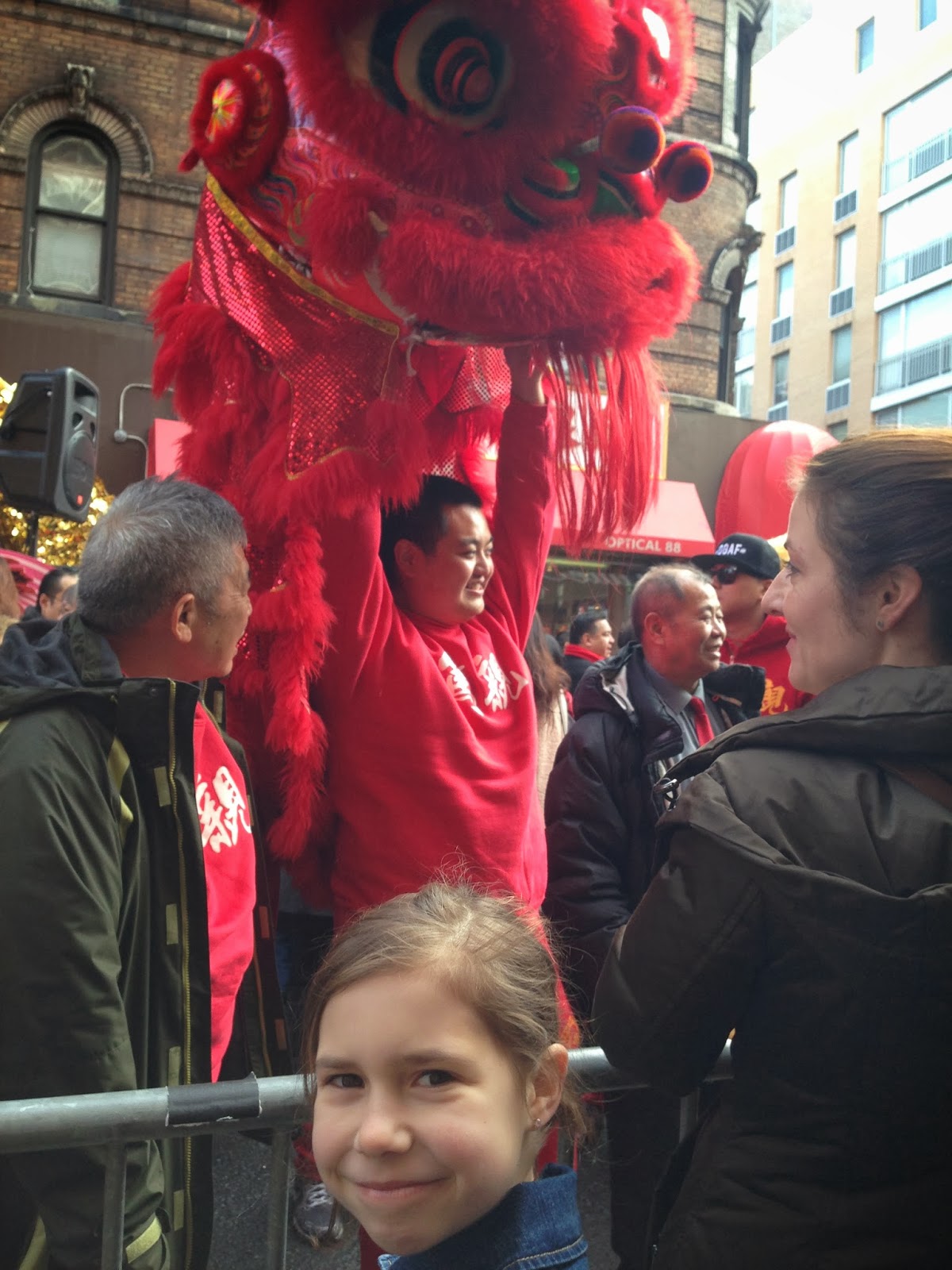 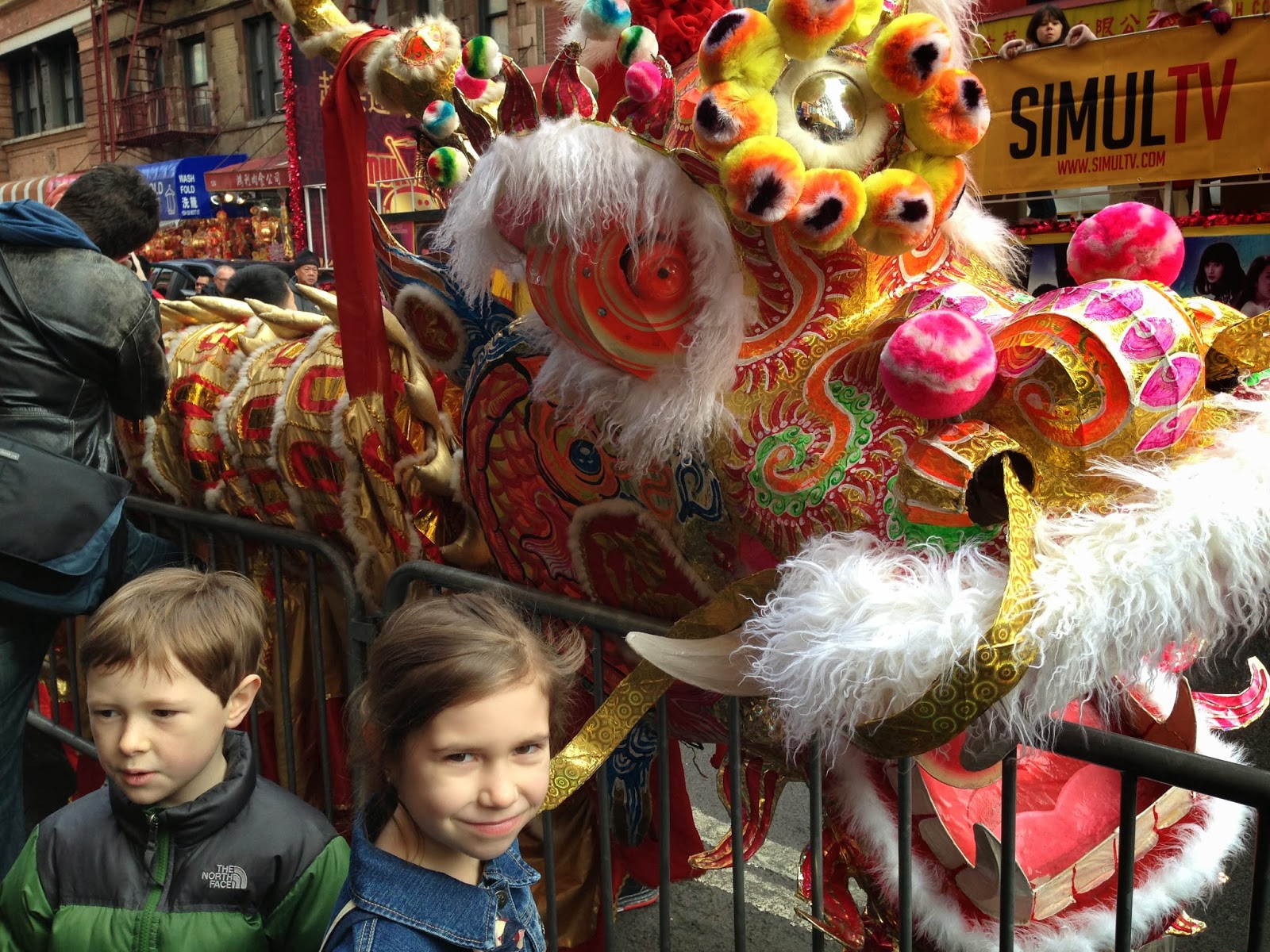 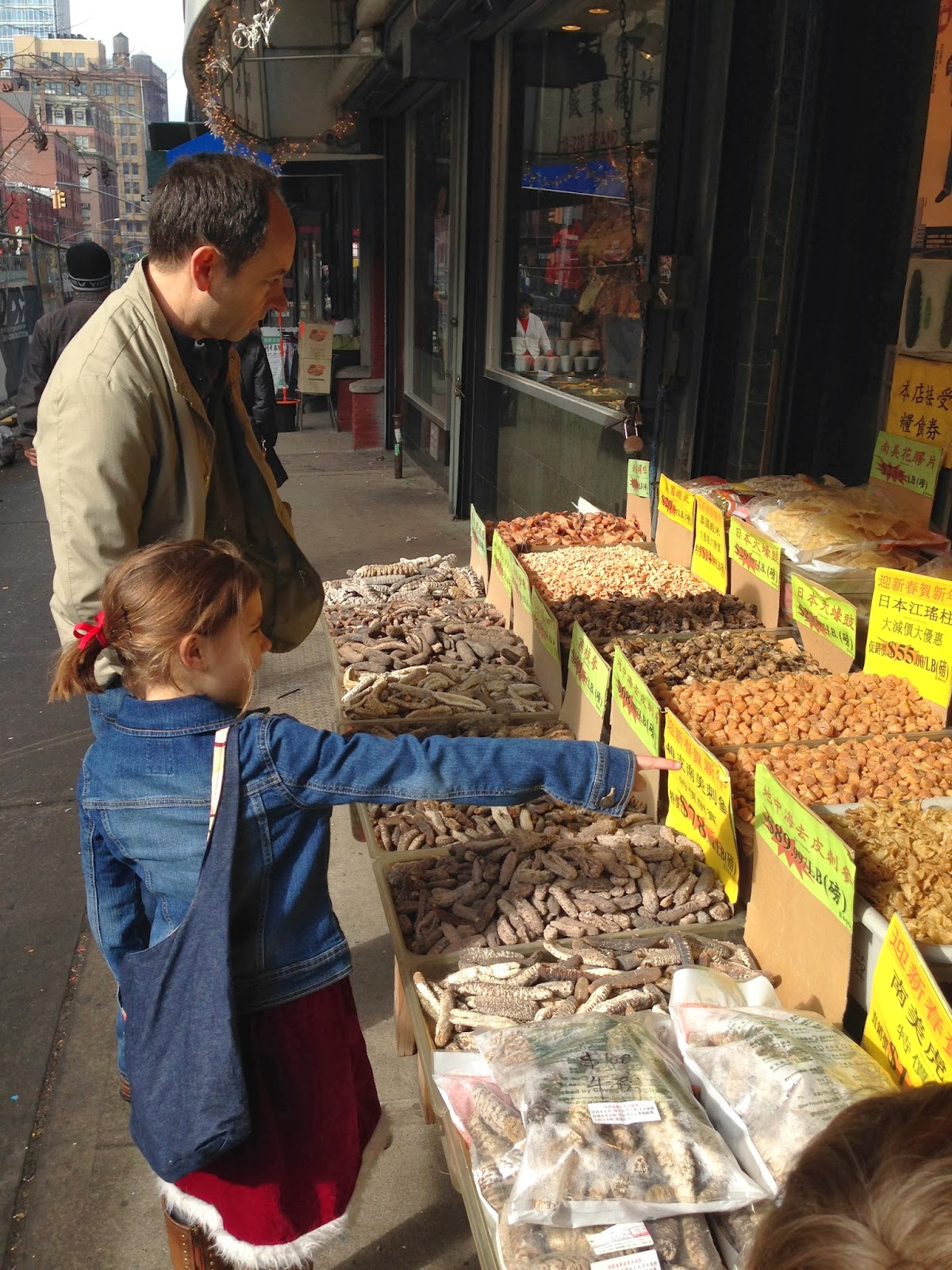 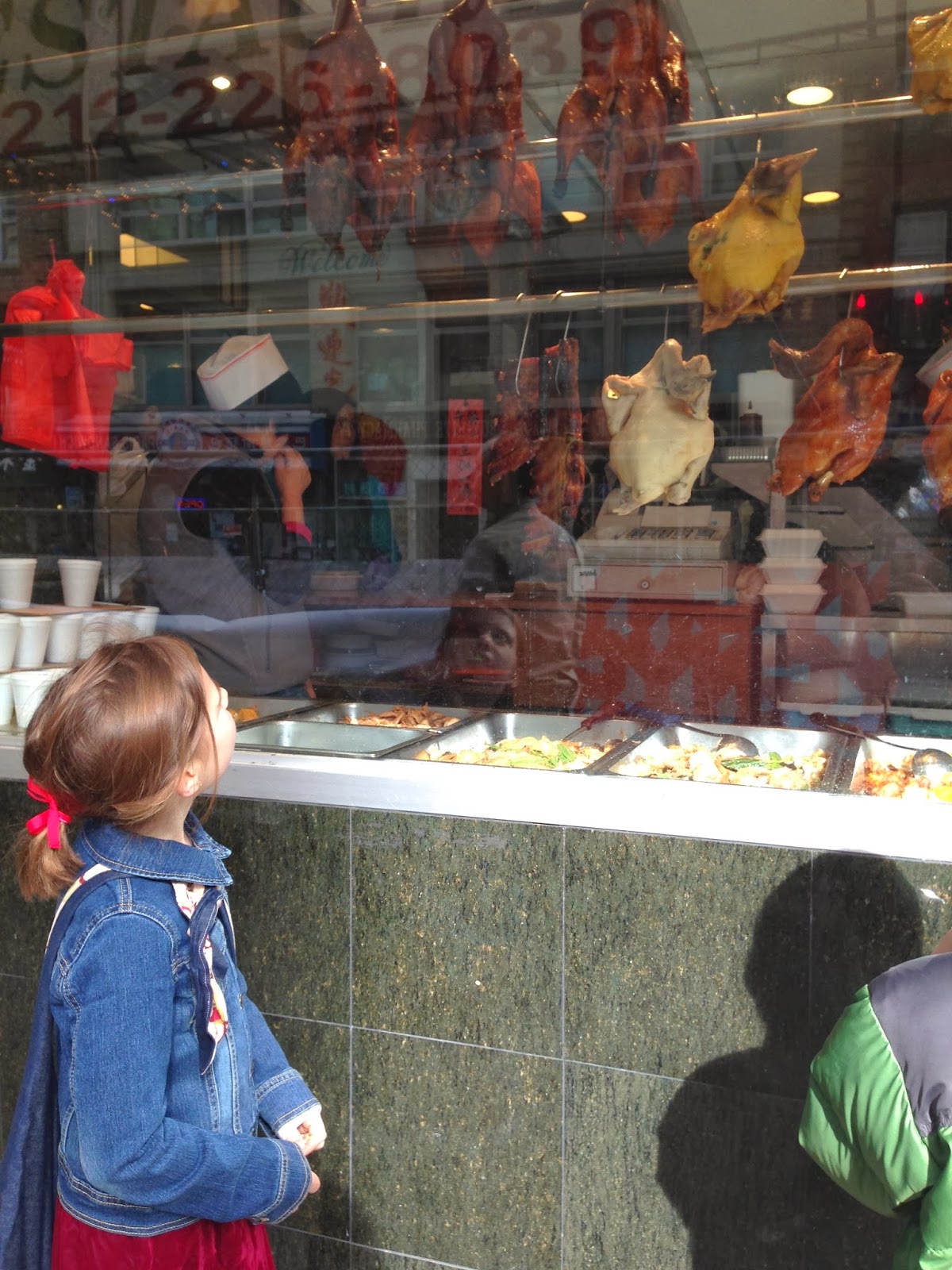 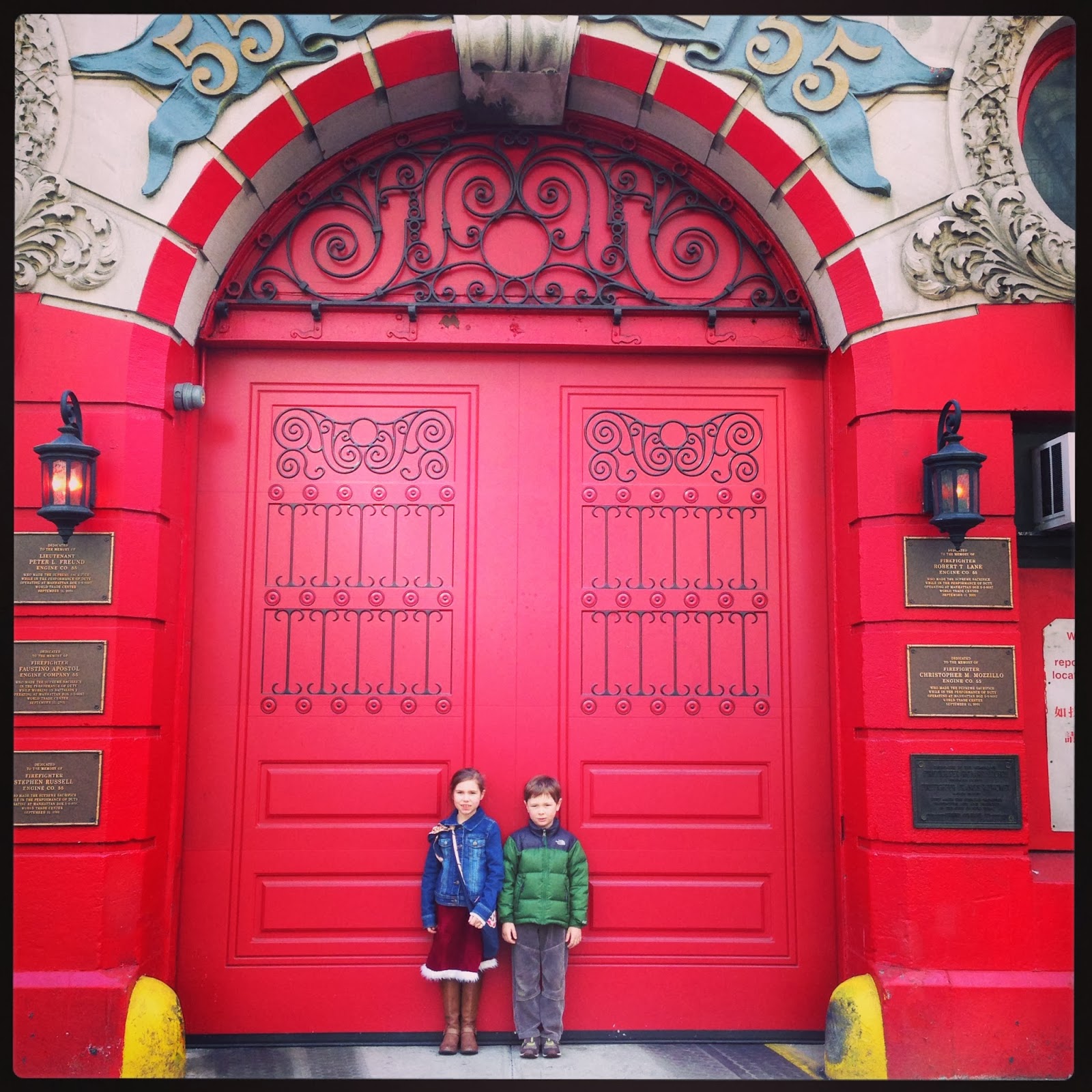 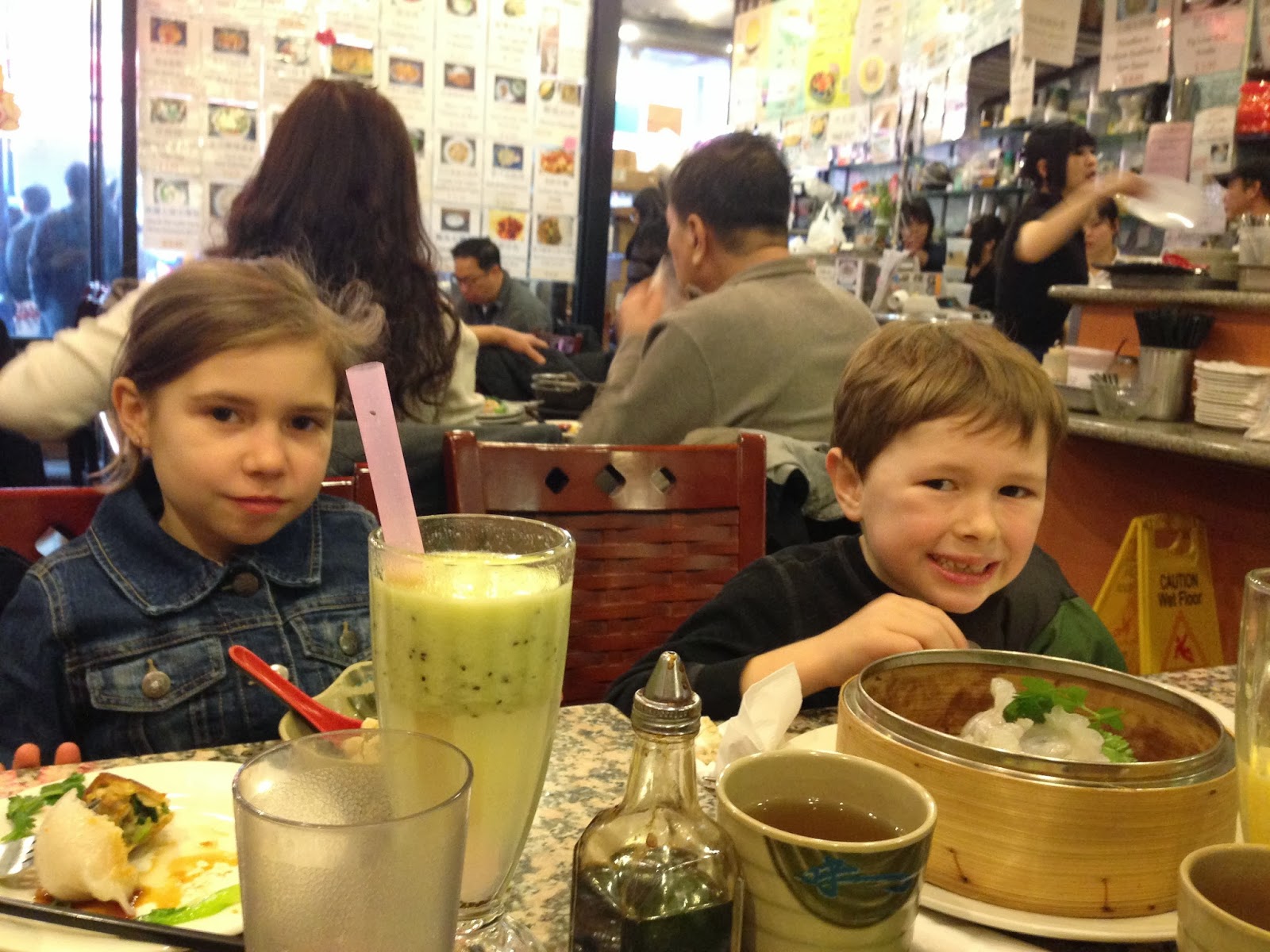 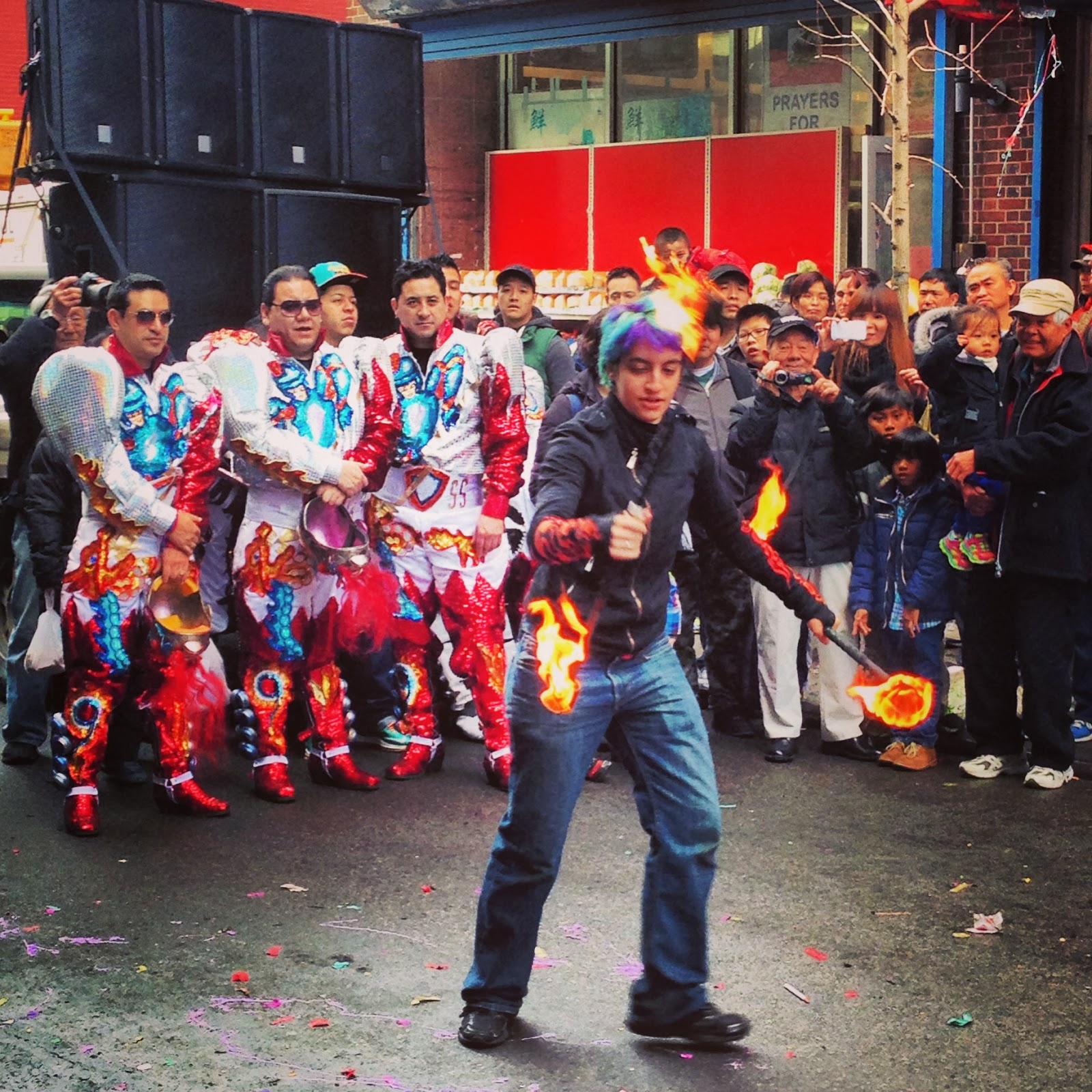 This was an Only in New York scene of latin guys in crazy Elvis-like costumes watching students from a circus school in Brooklyn play with fire.  All at a Chinese New Year parade, naturally. 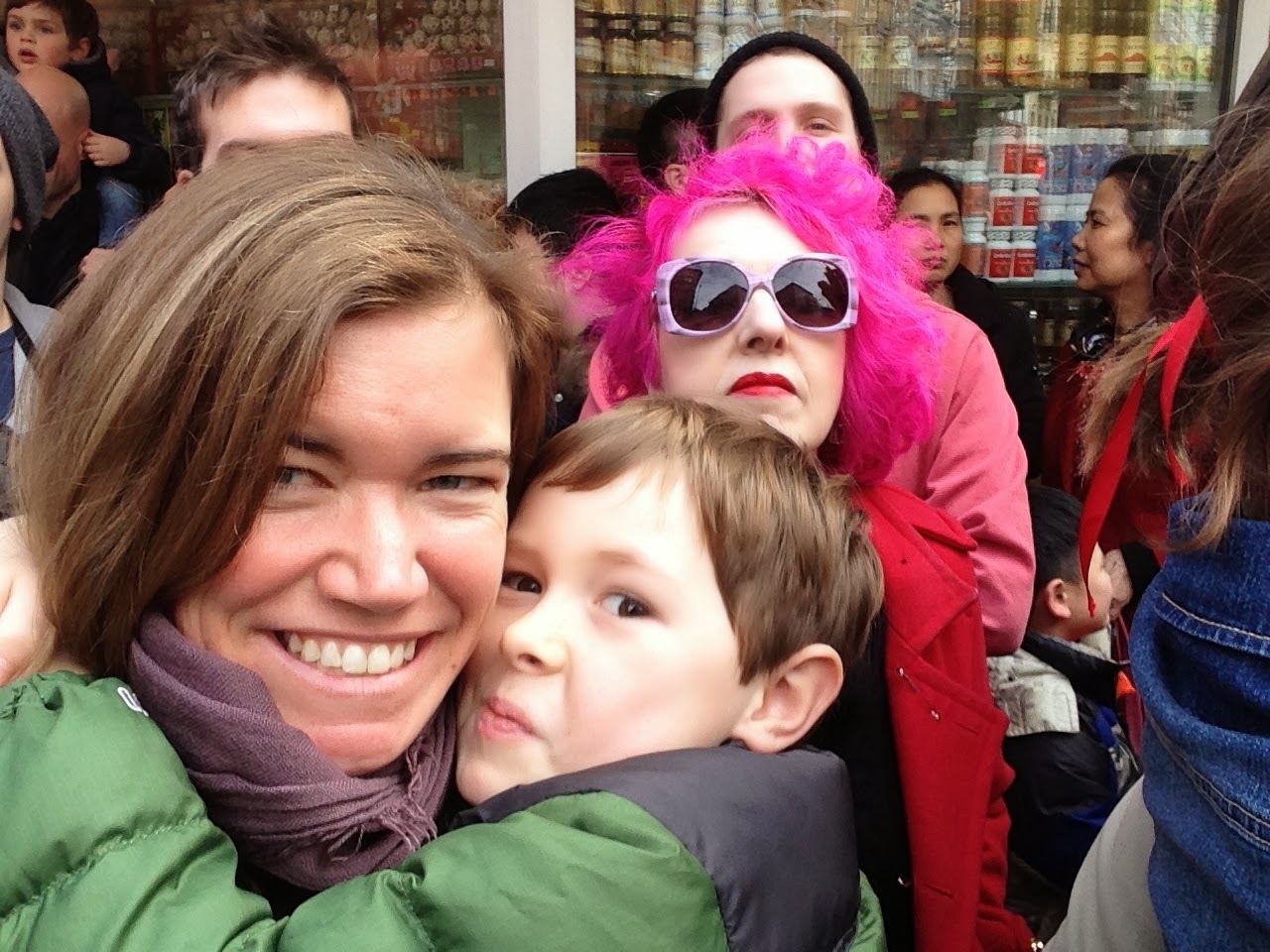 He's always had a fear of old ladies with pink hair... 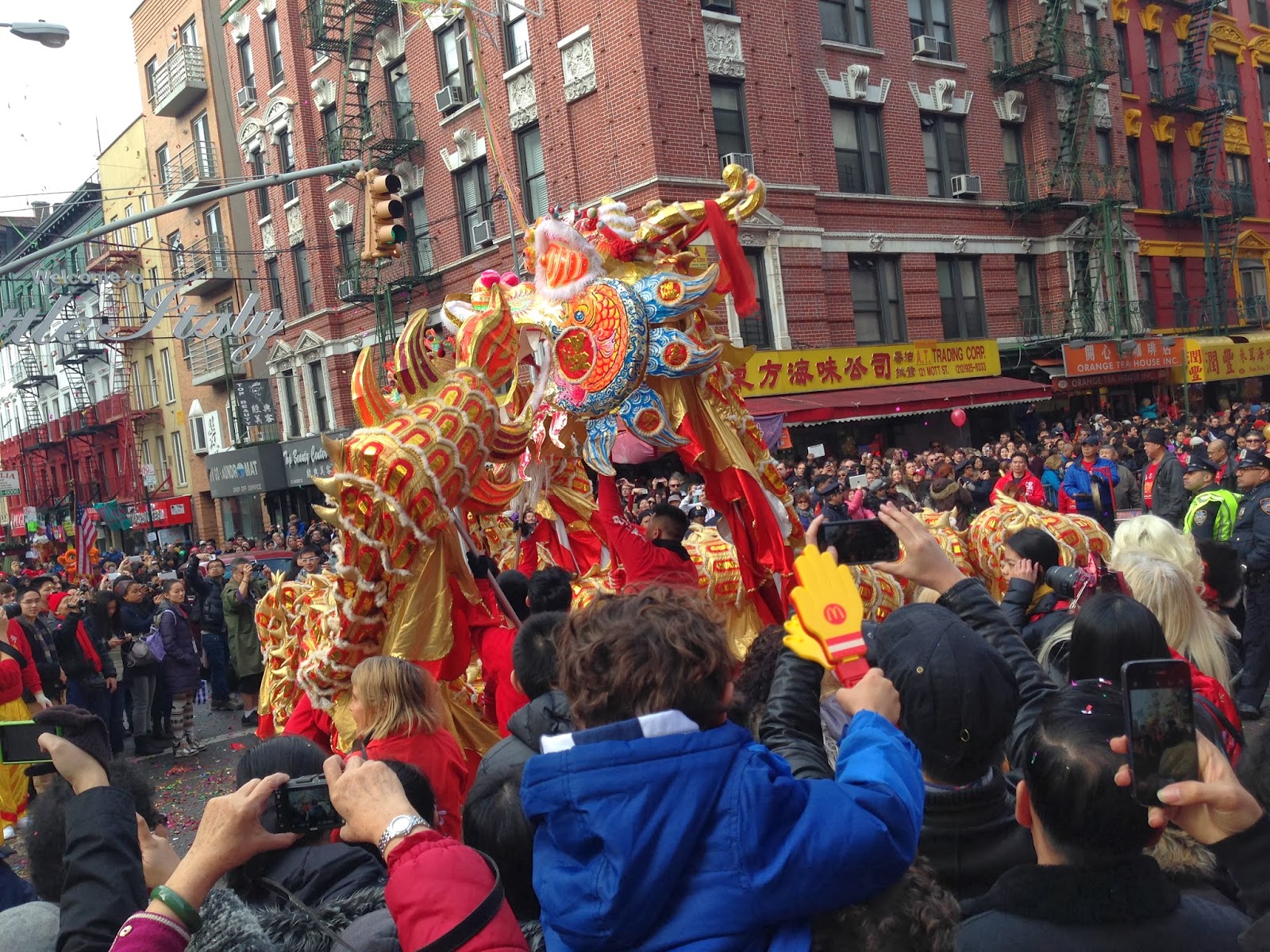 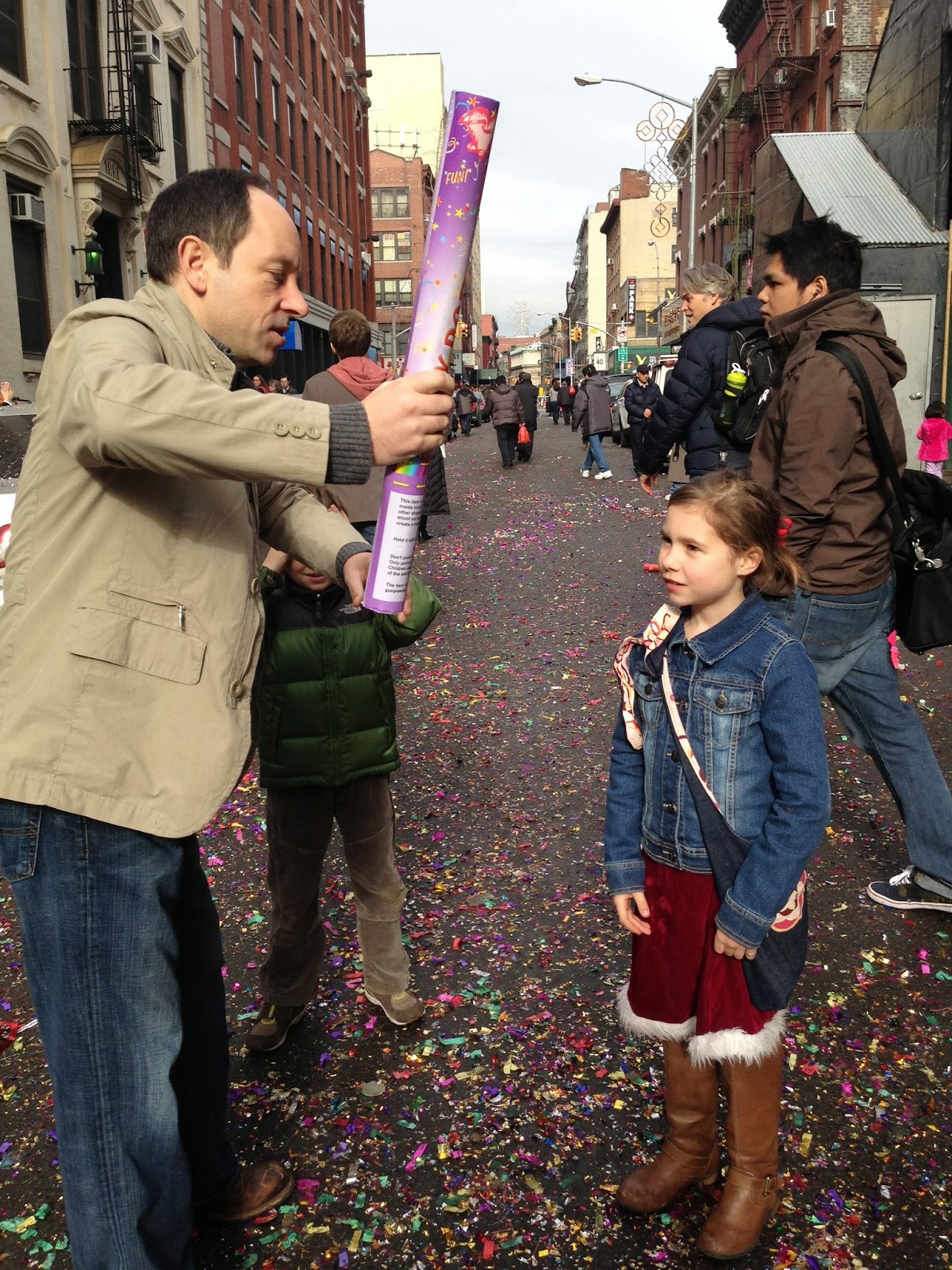 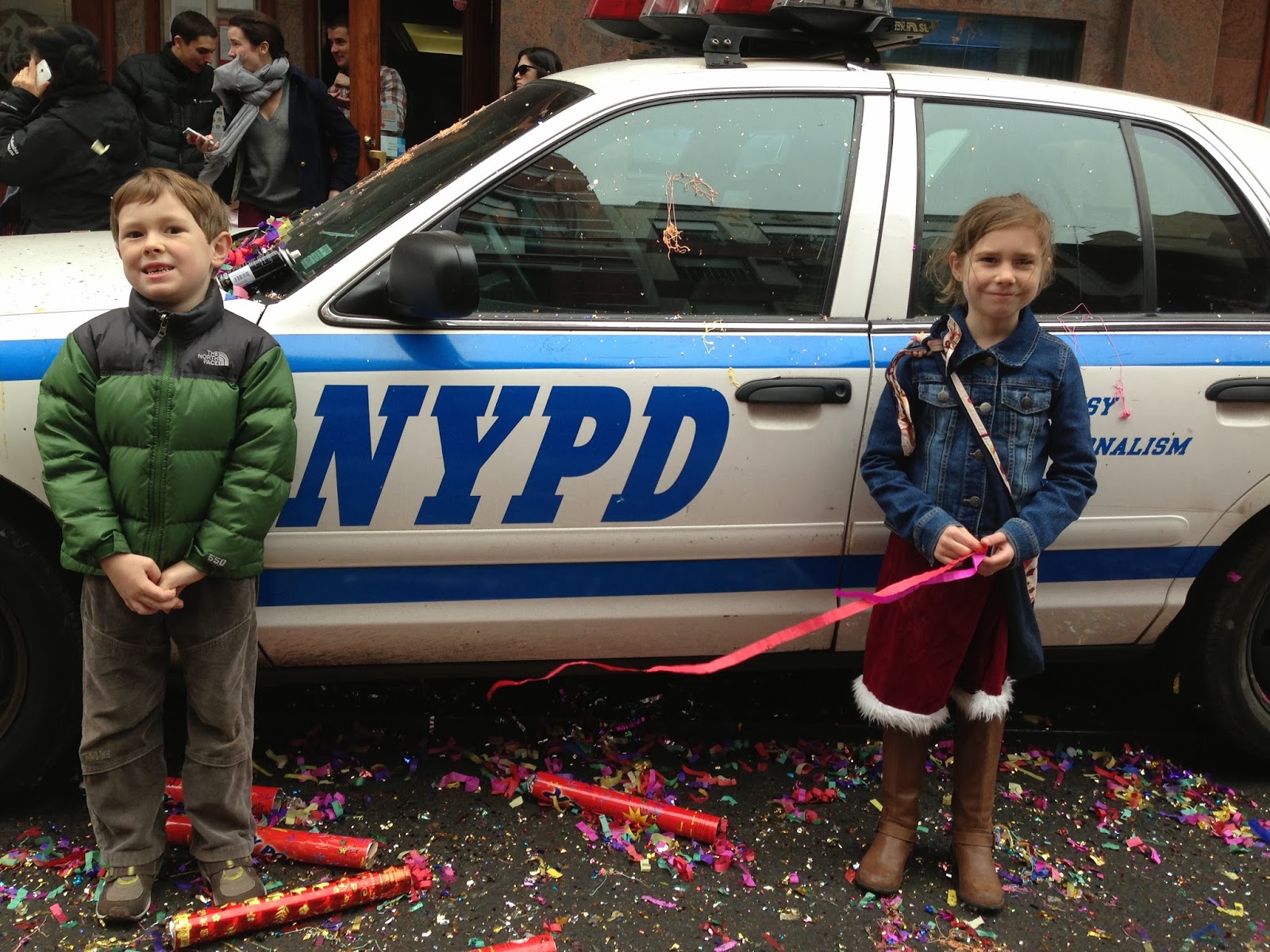 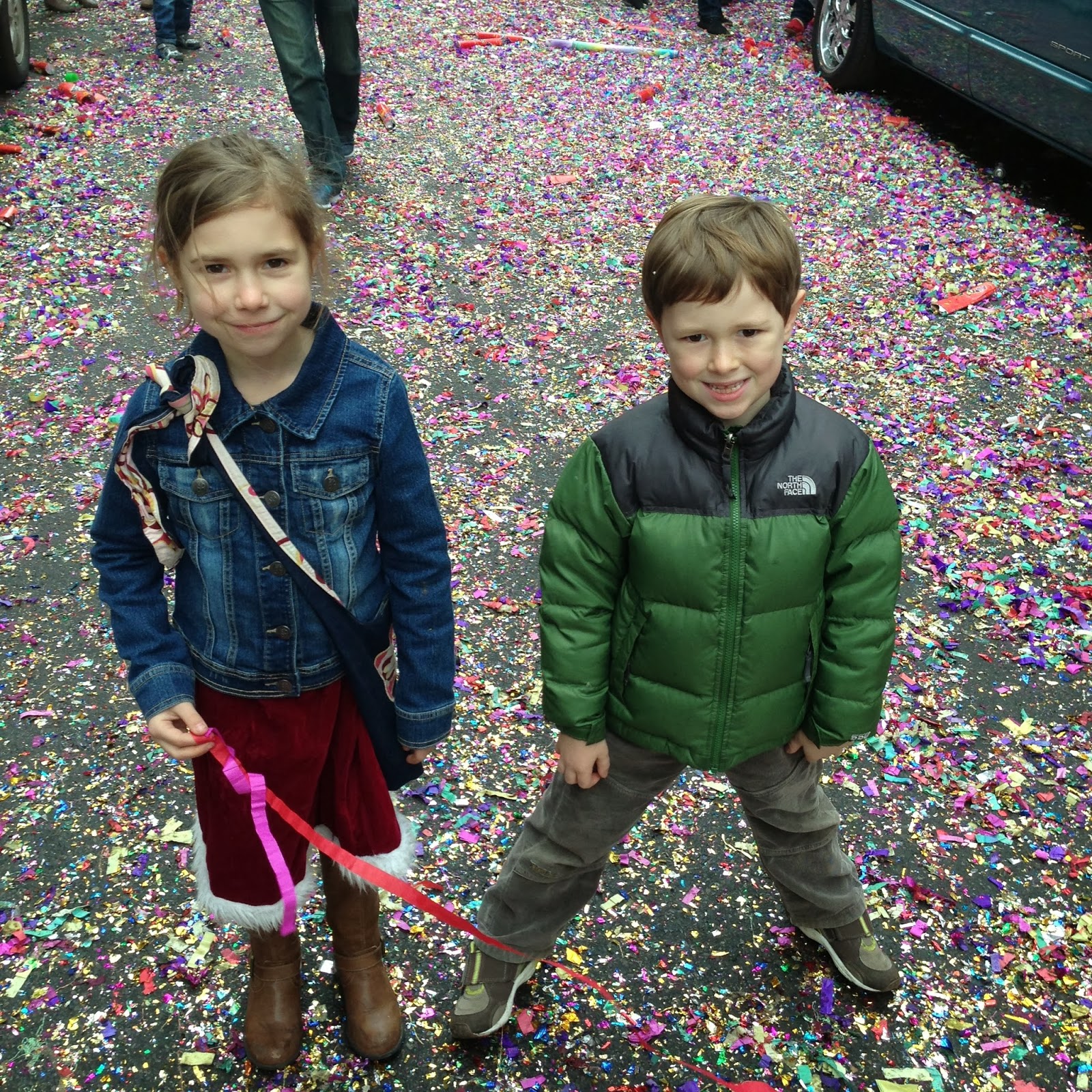 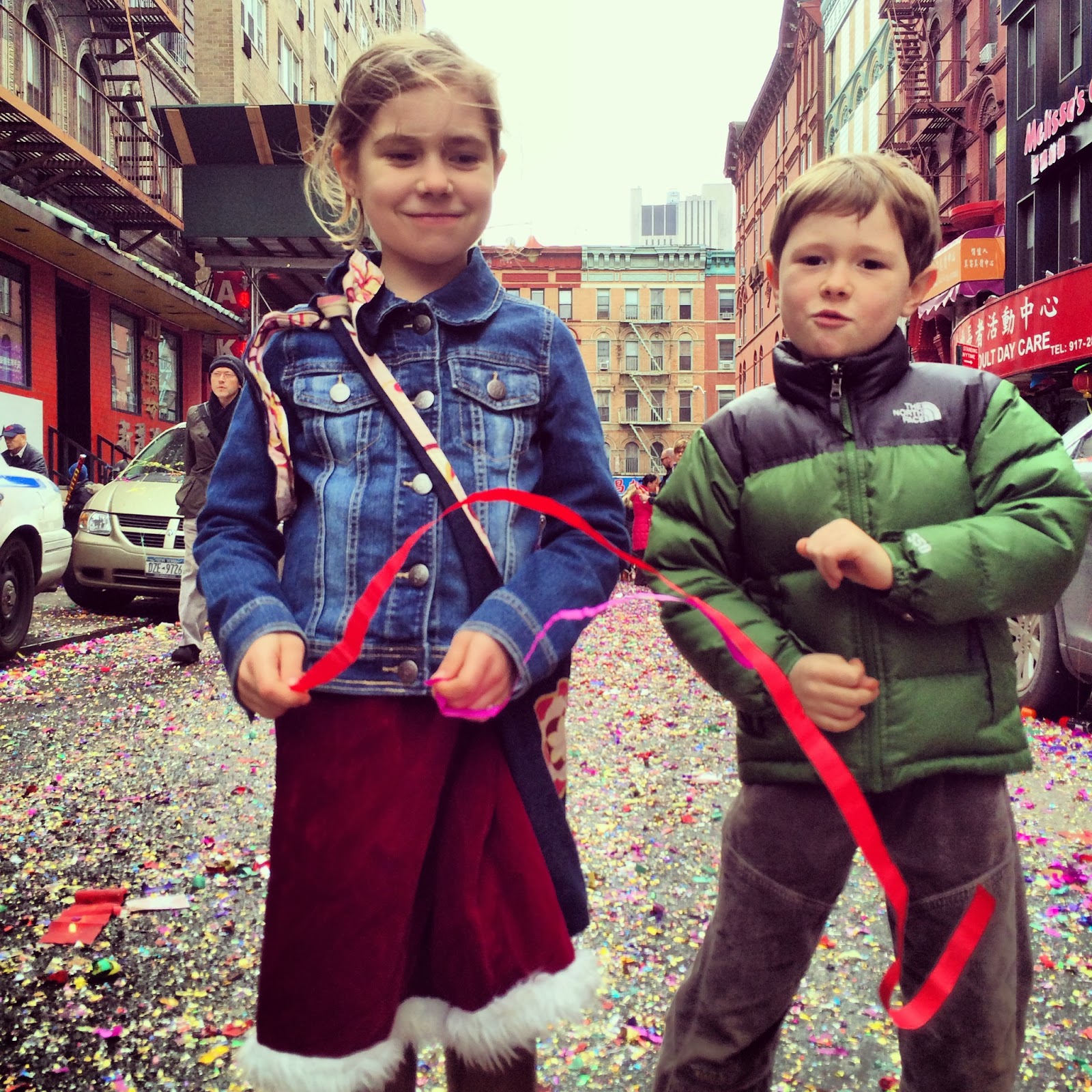 Shortly after this photo was taken (click on it to get the full effect) I remembered how much I hate crowds. And parades. And drums being banged in my ears.

AND WHO'S STUPID IDEA WAS IT TO COME DOWN HERE ANYWAY?!?

So we started to elbow our way out of the throngs of people but got sidetracked at the Chinatown Ice Cream Factory where Kevin ordered the most hideous smelling durian fruit ice cream.  Apparently, the smell of durian has been likened to the smell of a rotting corpse.  Kevin made me taste it and amazingly, if you hold your nose it actually tastes sweet.

It was while we were standing there finishing our ice creams that we heard that just a few blocks from where we were standing one of our favorite actors, Philip Seymour Hoffman, had just been found dead of an overdose.  Honestly, it flattened our mood.  He was easily one of the best actors not only of our generation, but of all time.  And to think he had three kids about the same ages as our kids...well, I wasn't in the party mood anymore.  So we bee-lined it for neighboring Little Italy where we found a quiet cafe, pulled out our books, and retreated into ourselves. 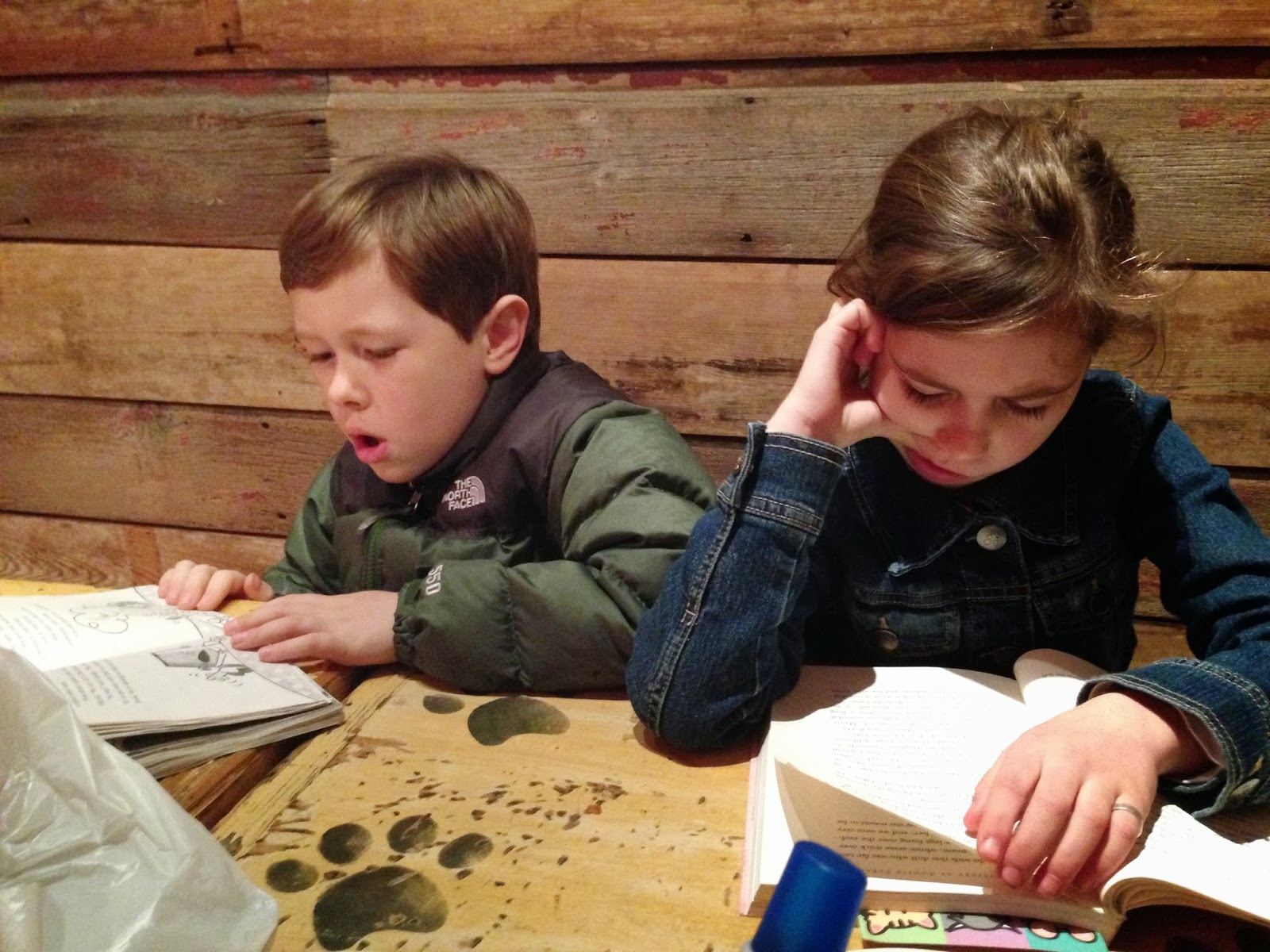 Of course we made it home in time to watch the Superbowl, even though our team wasn't playing.  It's all about the ads for us anyway.  I really didn't want to keep watching Denver take such a beating - I really felt bad for them - so I just read while the game was playing and then looked up during the commercials.

We woke up this morning to another Winter Wonderland.  The temperature is still in the 30s, so it really was just beautiful and not too, too cold. 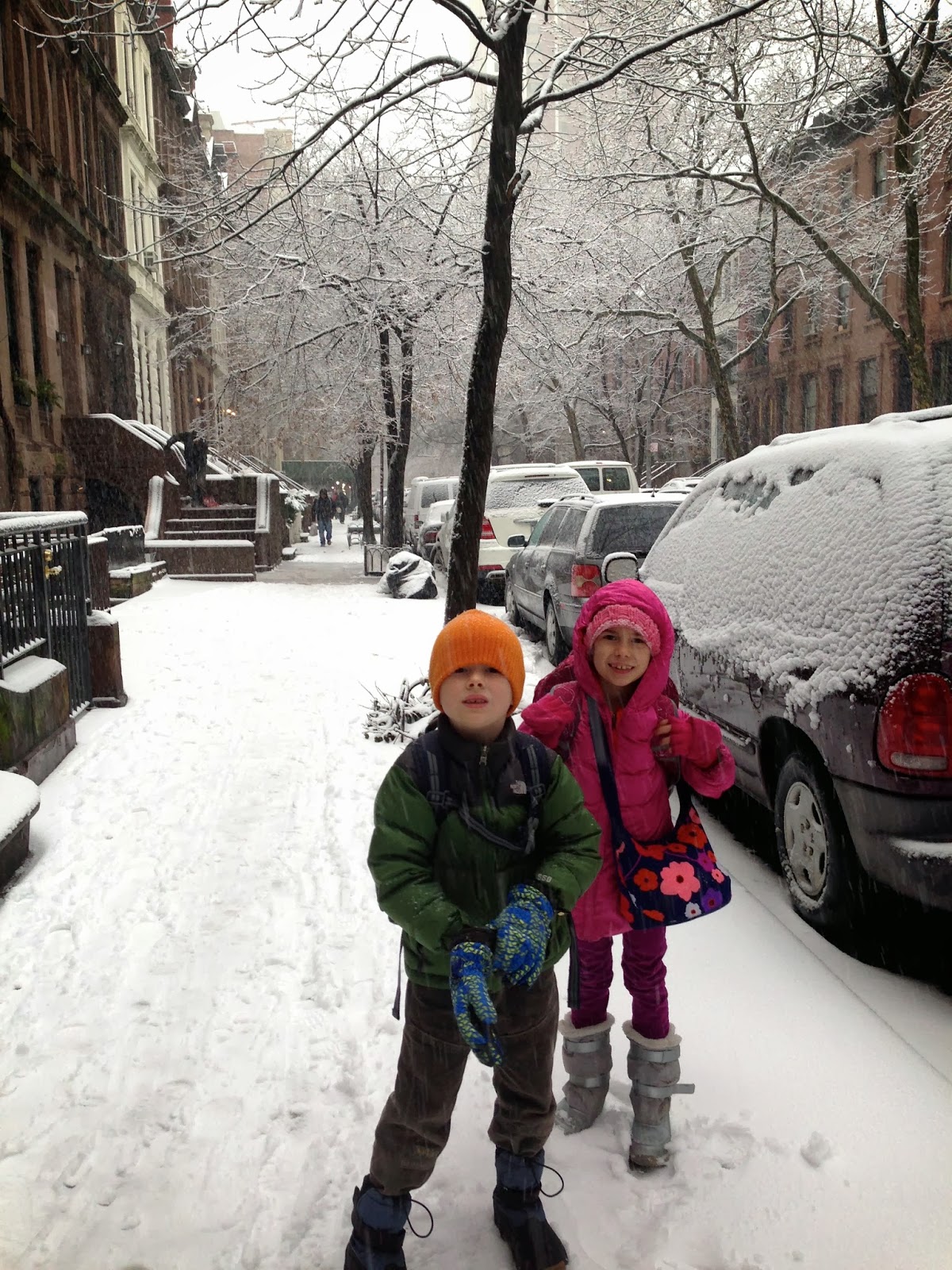 Our walk to school

I'm so happy to hear that California got some much needed rain and snow this last week.  I hope it continues.

Happy Monday, people.
Posted by Gretchen at 10:23 AM