Wow, what an intense year that was.

Our year started off with us making the incredibly difficult decision to move to New York.  While we were so excited at the possibility of shaking things up a bit and moving to a city we both loved, choosing to leave behind all of our family and good friends was heart-wrenching.  There were tears and stomach aches and many, many doubts.  We didn't let the excitement kick in until we stepped off the plane at JFK.

And from then on, our year was in hyper-drive.  We have bled this city dry.  Every weekend has been like the most amazing vacation - waking up on Saturday mornings choosing between what feels like a bazillion possibilities of ways to discover this city.  There was not a single weekend that we slept in, hung out in the apartment all day and were lazy.  We got up every single morning and headed out to our next adventure.

And then of course in October, I lost my father.  It's been very hard to not look back and wonder if we should have stayed in California.  If I had known when I said goodbye to him in January that I would only see him four more times, that he only had 9 months to live, we never would have moved.  I would have continued our lunches every other week at The Ramp.  I would have spent even more time with him.

But life doesn't give you a preview.  We just make it up as we go along.  None of us know what is around the corner so we make every decision based on faith and hope.  I had faith that moving to New York would be the best thing for our family and over all, it has been.  I couldn't have dreamed of all of the incredible experiences we've given our children.  Or how much closer this adventure would make us as a family.

So, I'm going to take a deep breath and get ready for a 2014 that I expect will be just as exciting and intense as 2013.  I wouldn't want it any other way. 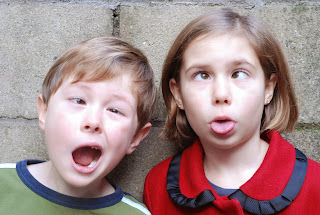