I woke up on Friday morning to a text from the New York Times announcing that all New York City public schools were closed.  We got our first snow day. 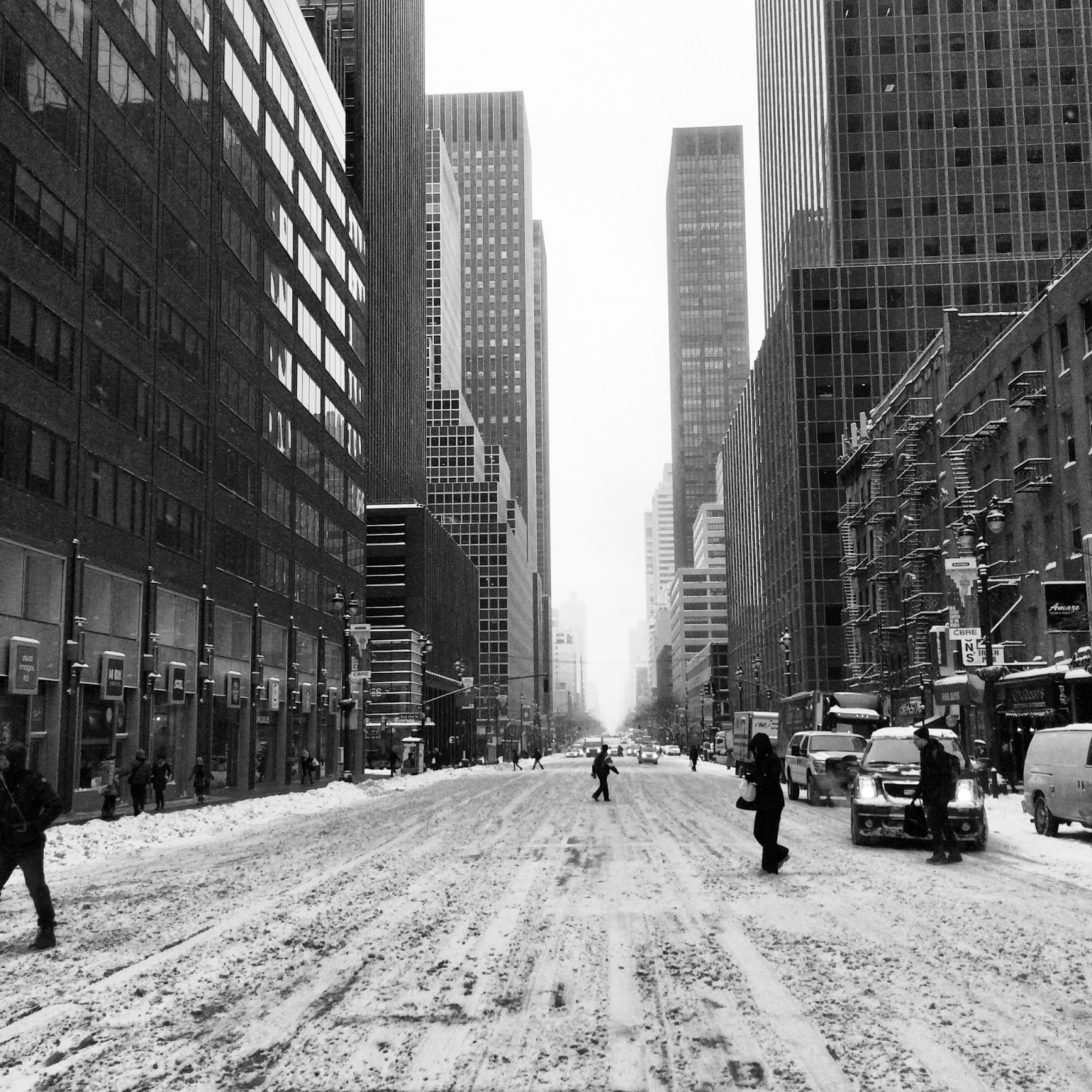 Holden had been really sick the night before with a high fever and vomiting so I was planning to keep him home anyway, but once he heard it was a snow day it was amazing how quickly he snapped out of it... 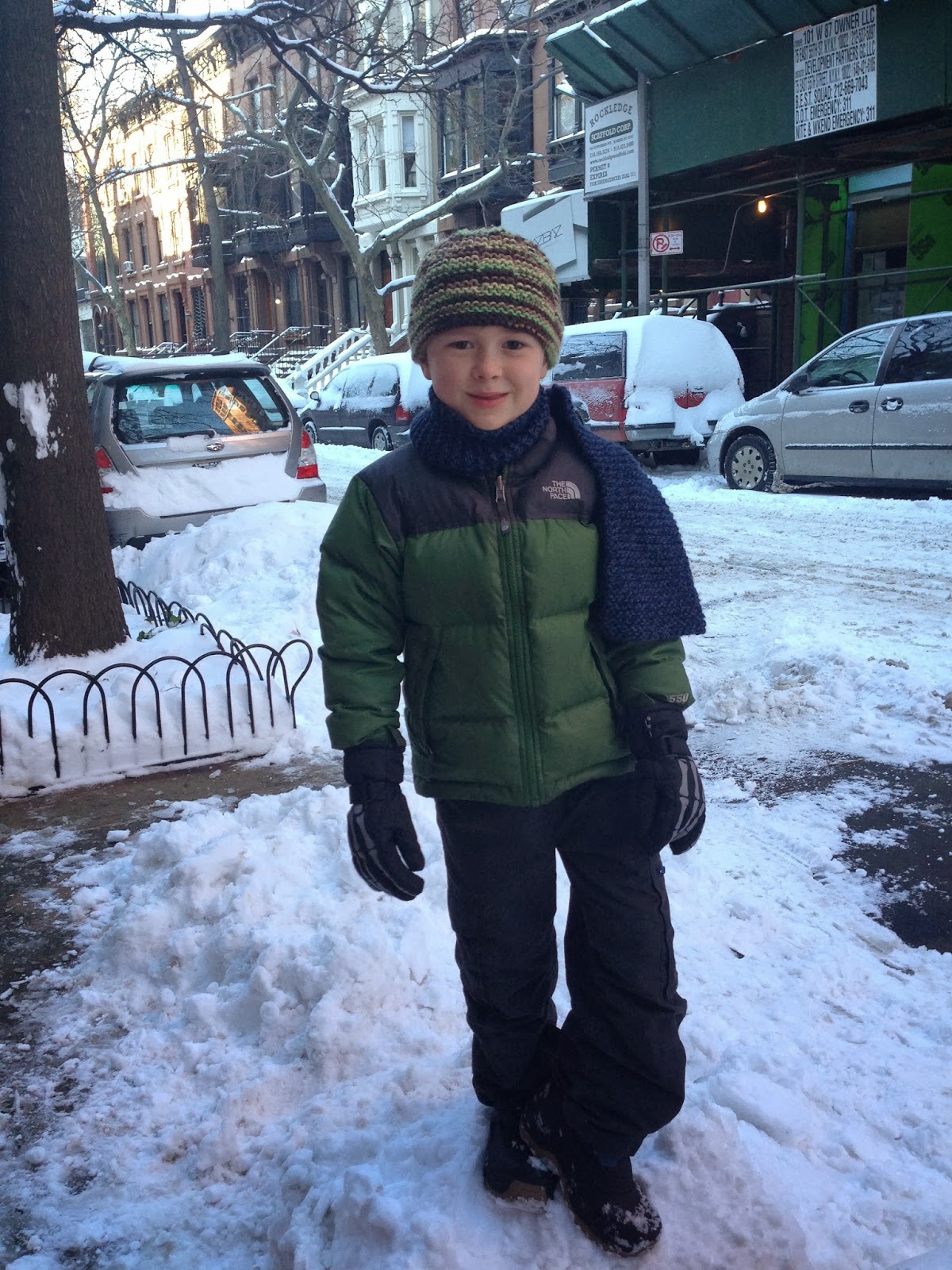 Since he had been so sick we didn't do any of the things I assumed we'd do when we finally got a snow day.  No sledding, no snowball fights.  As a matter of fact, with almost no push back from them, we spent several hours doing educational things.  They got into a lesson on Khan Academy about computer programming and spent almost 2 hours on that. 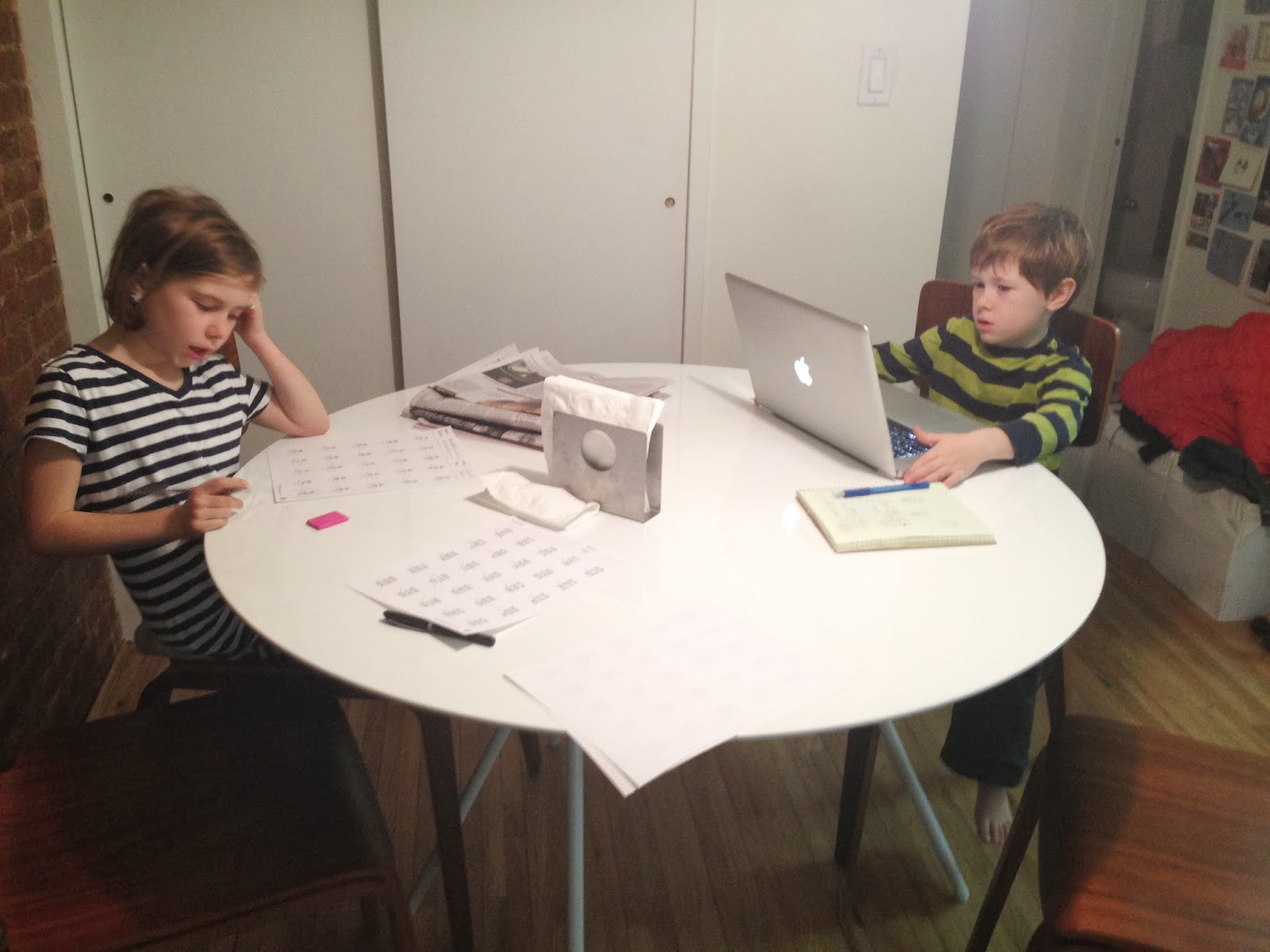 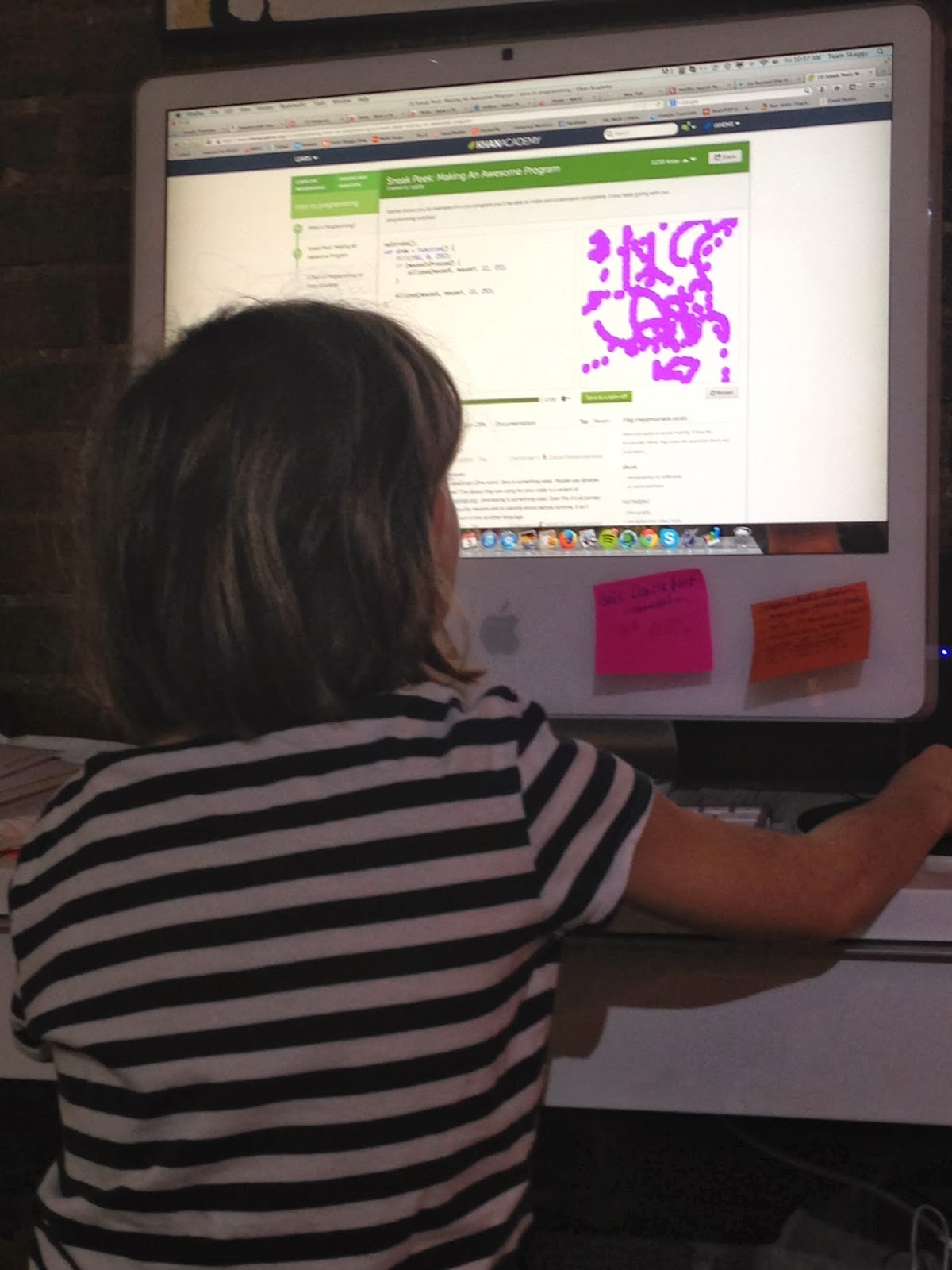 I had Ella do some extra math problems on some areas she's been having trouble with.  They both read in Spanish for a half hour.  Holden had some homework from the day before to do.  And they both worked on another favorite educational website, Brain Pop Jr.  When it was time for English reading, I decided for our sanity we needed to get out of the apartment.  So the three of us and our three books made it around the corner to Starbucks and sat and read and watched a taxi skid through an intersection and into a light post.  Exciting stuff. 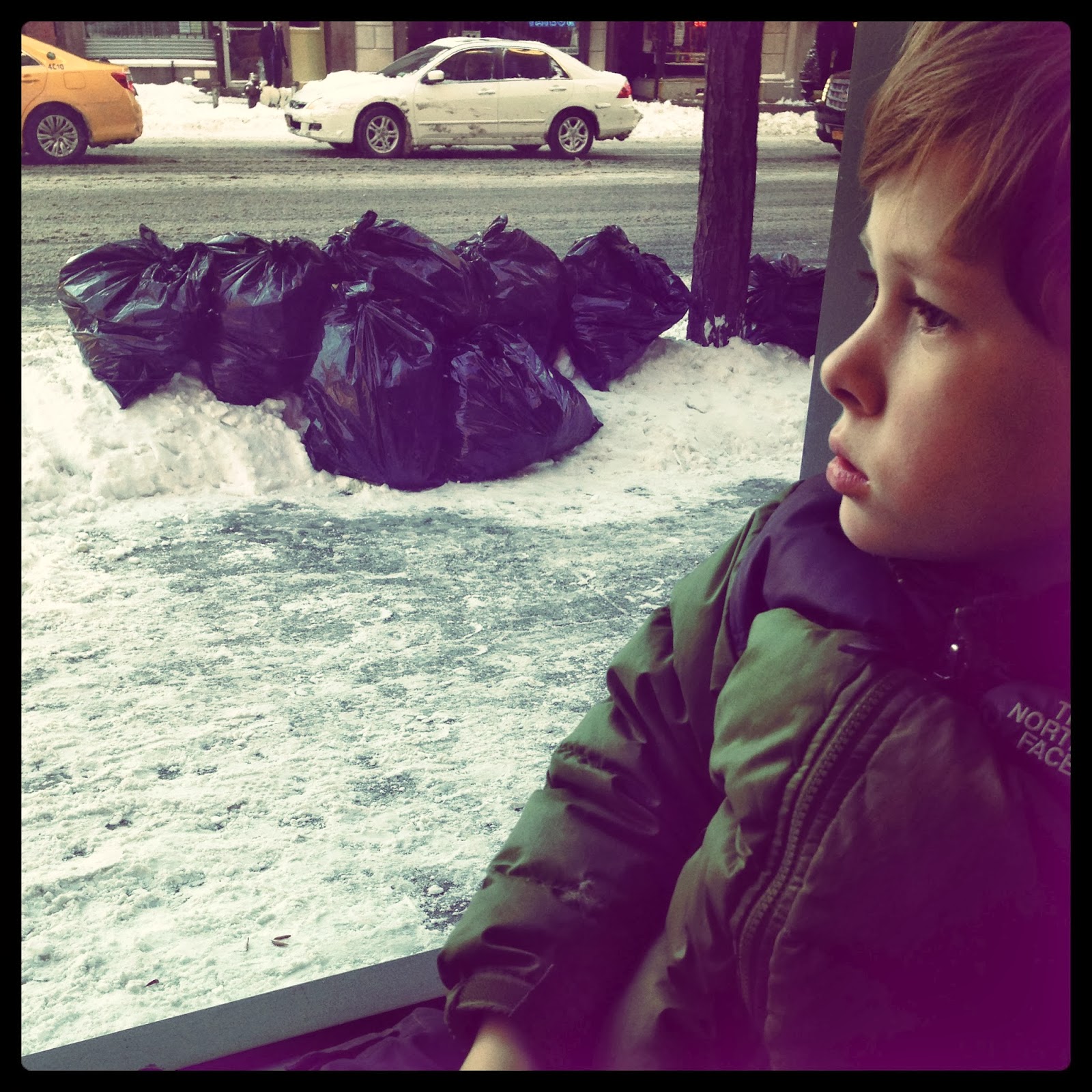 I started feeling a little guilty about all of the schoolwork on what was supposed to be a fun day in a child's life, so we spent the rest of the afternoon playing Scrabble (OK, a little educational) and Qwirkle - one of my personal favorite games. 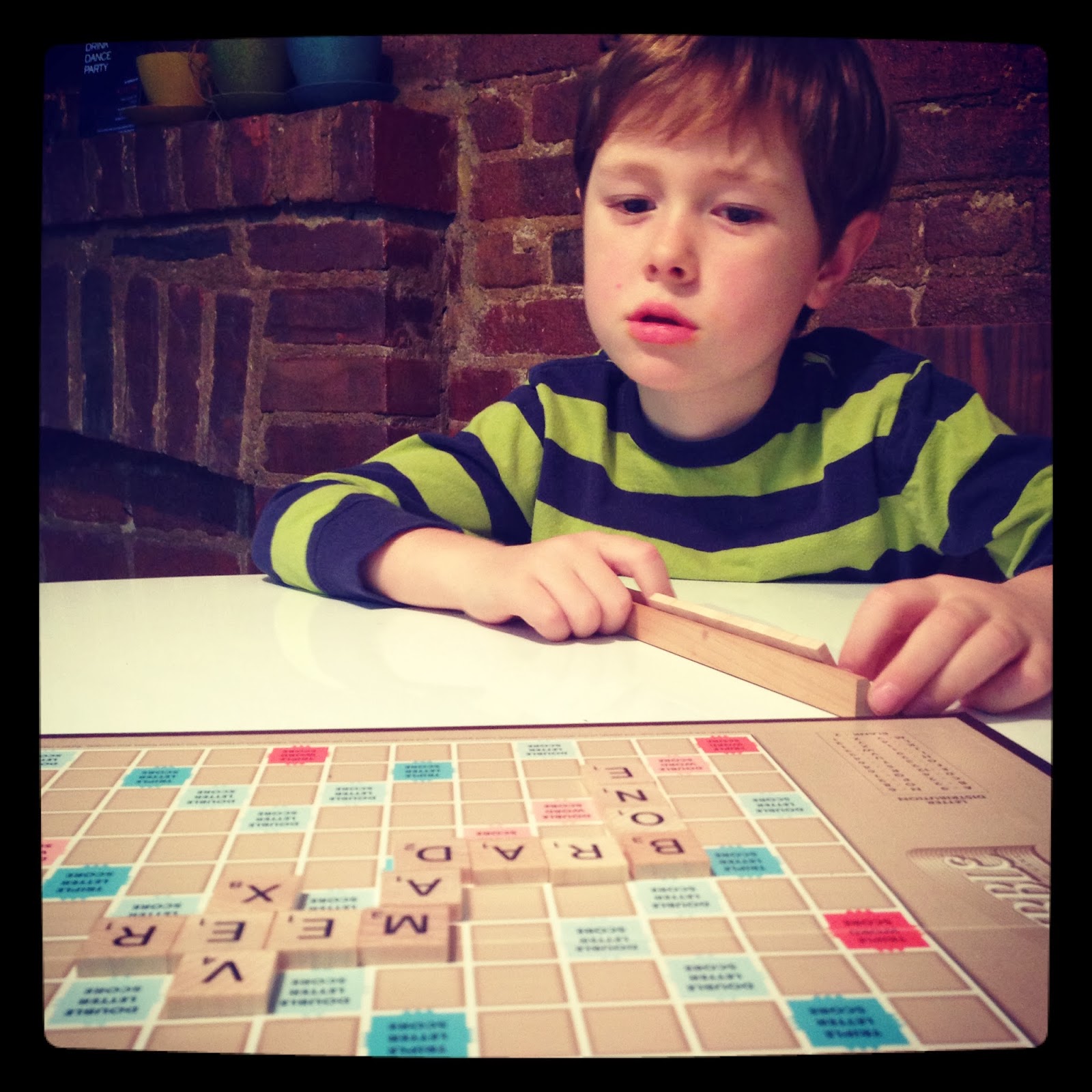 We rested up that night and the next morning so that we were all nice and healthy for the highlight of our weekend - seeing the Alvin Ailey American Dance Theater perform.  The tickets were a Christmas gift from Kevin's parents and I've wanted to take the kids for a long time, especially since Ella took modern dance.  If you're not familiar with Alvin Ailey, he was an African-American dancer and choreographer who founded this dance theater in 1958.  He is said to have popularized modern dance and is probably best known for the performance Revelations which we were lucky enough to see on Saturday.  The kids were on the edge of their seats the entire 2.5 hours.  It was a gorgeous mix of modern, jazz and ballet. 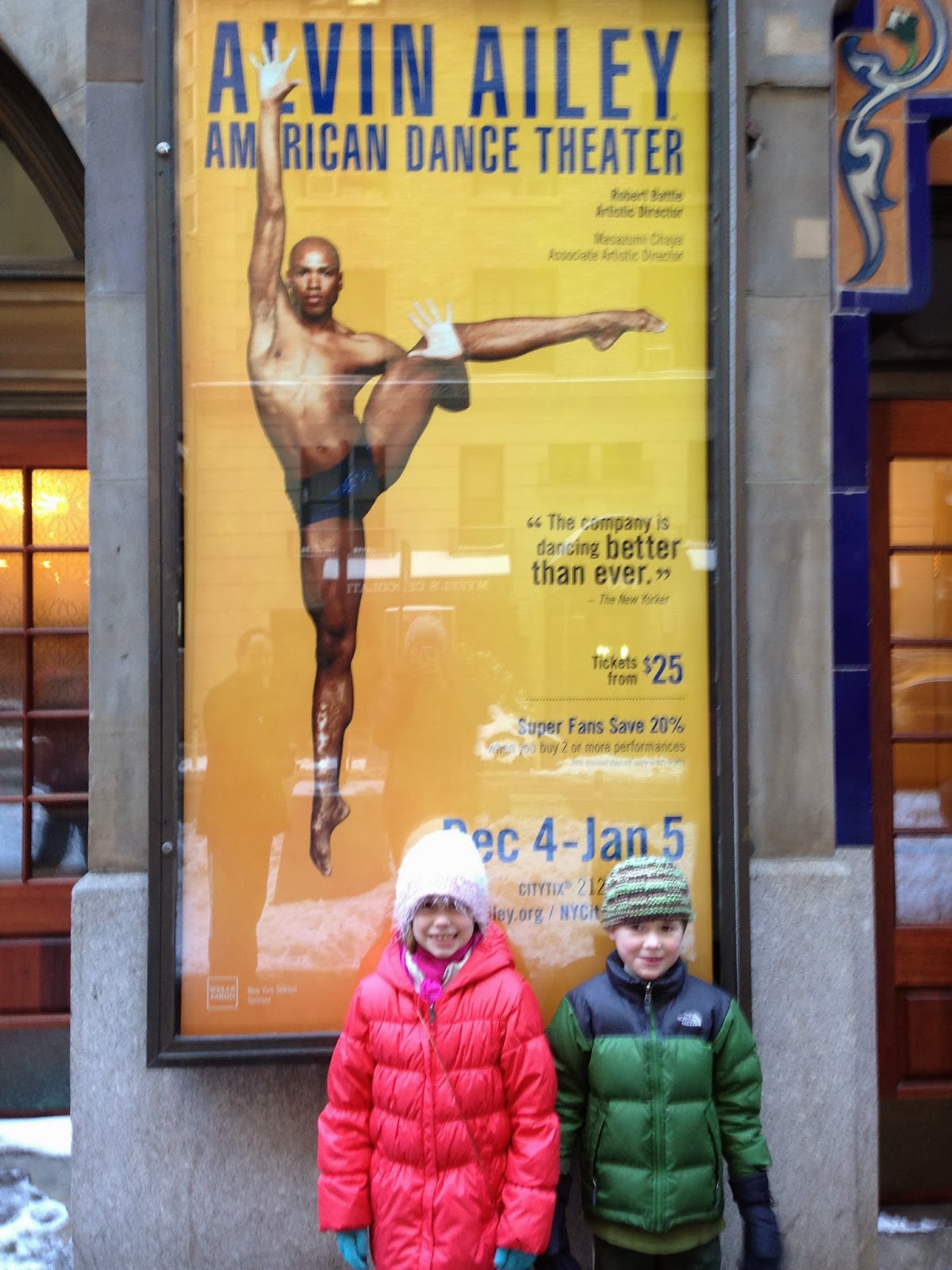 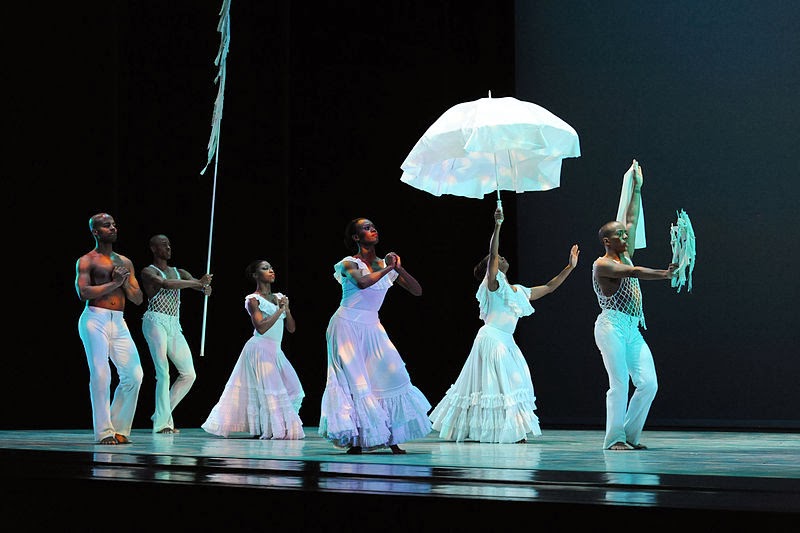 (Picture swiped from the internet)

On Sunday I felt like Holden had recuperated enough to earn a sledding adventure in Central Park.  We bought the kids each their own saucer at our local toy store and headed down the street to find a good hill.  It didn't take long.  We were just a few feet into the park when we came across this.

(This photo is worth clicking on to enlarge)
Believe it or not, even I did some sledding.  Kevin is kicking himself for not getting a photo. 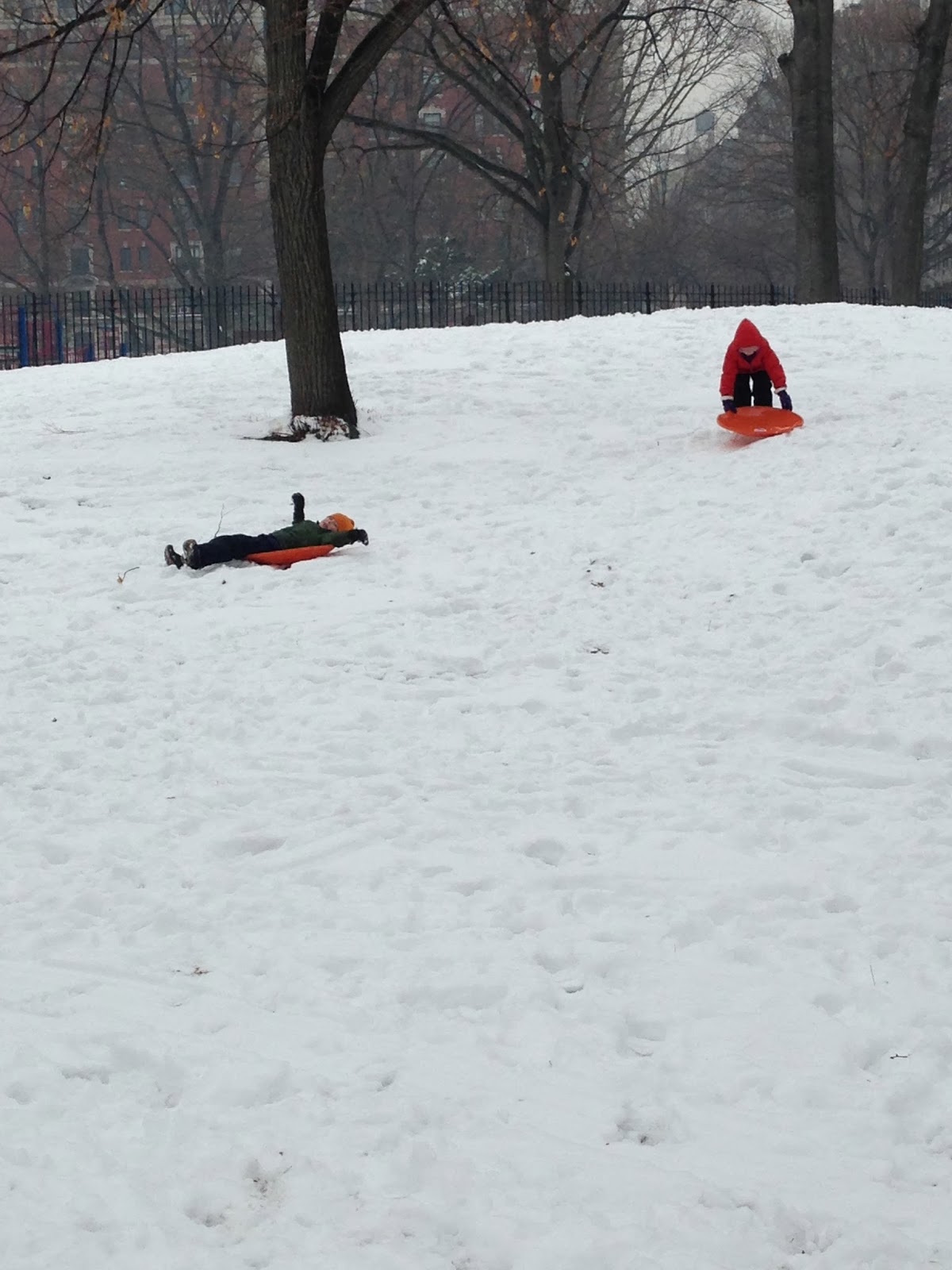 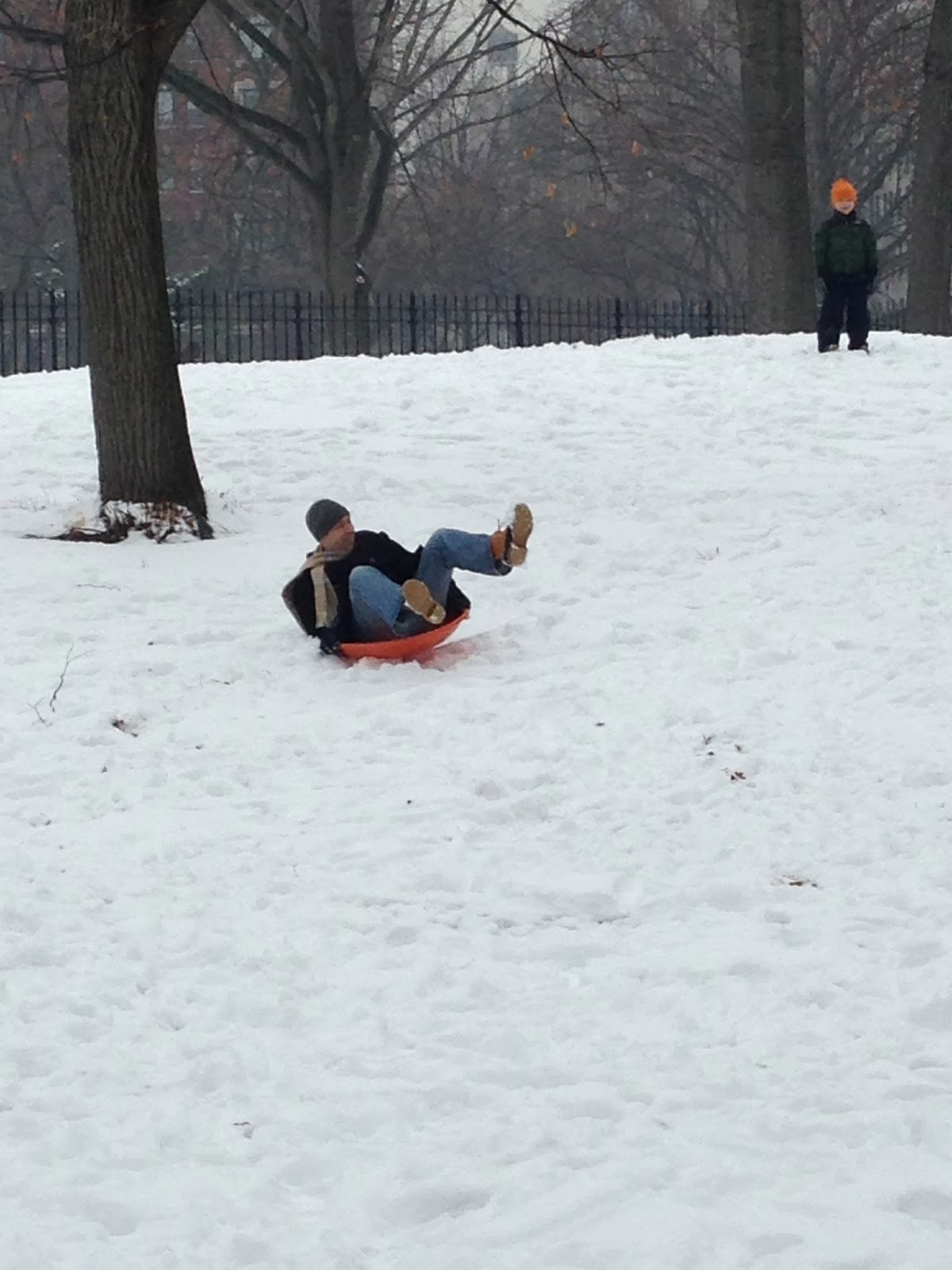 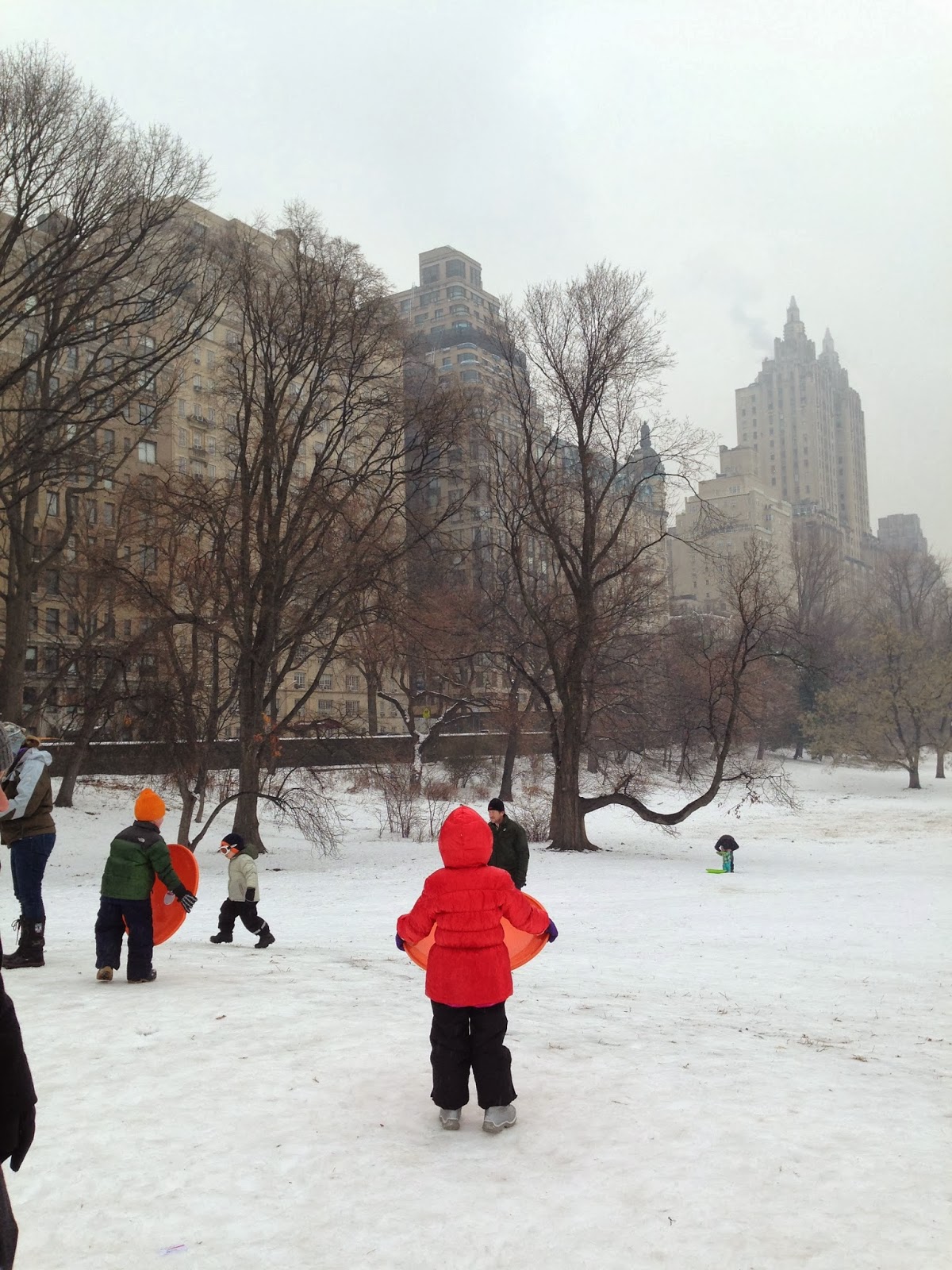 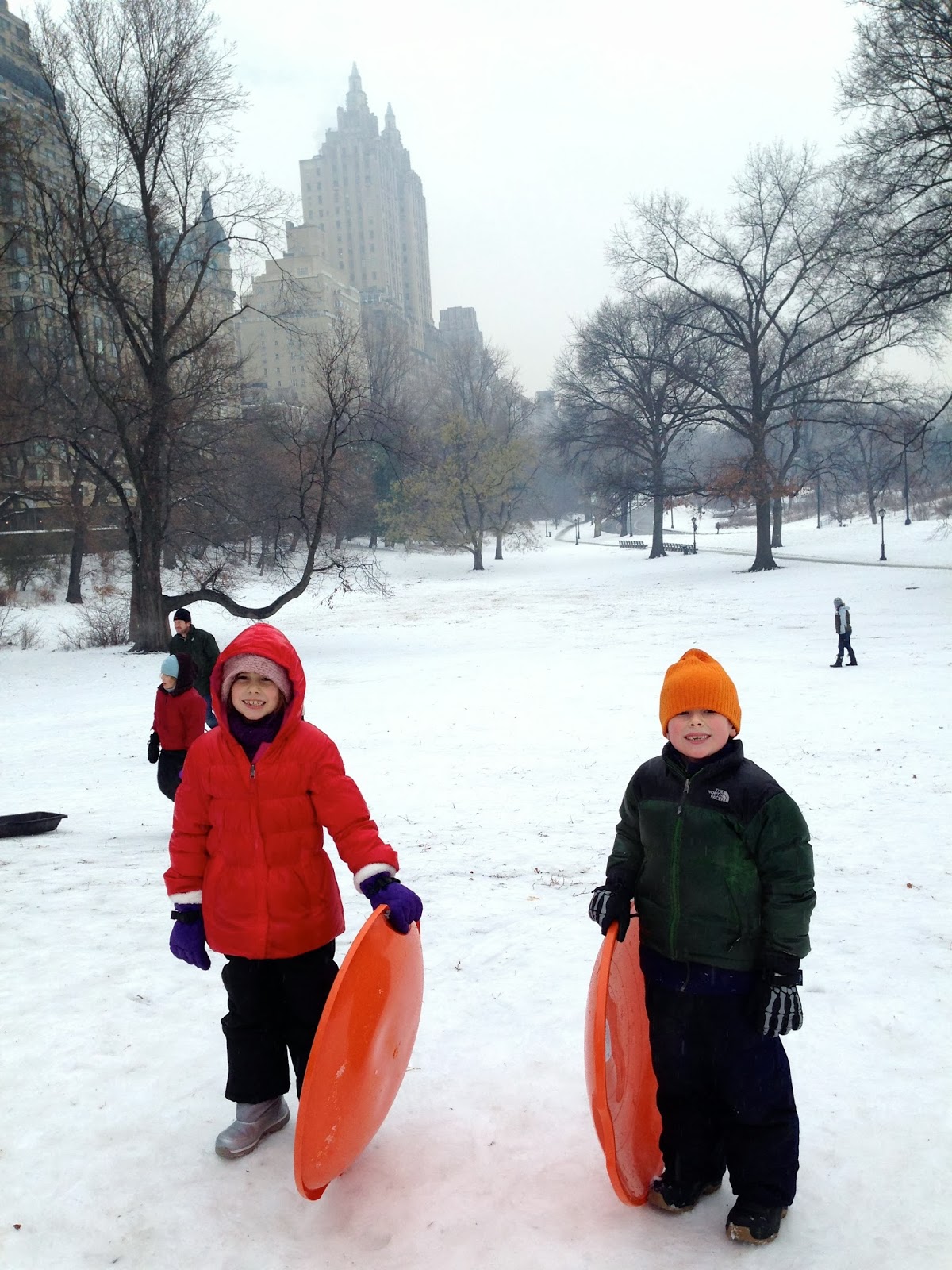