So I didn't even tell you people how we spent our New Year's Eve and New Year's Day.

Contrary to assumptions, we did not spend it at Times Square with a million of our closest friends.  We didn't even think about it.  Well, I suspect Kevin thought about it but he knows my extreme dislike of crowds and cold and my fondness for safety and security.

We were invited to a nice dinner out with our friends Sharon and Stefan at a sweet little Italian restaurant that they go to each New Year's Eve.  Going out with them came with the added bonus of free babysitting since Maeve's grandma was in town watching their kids. 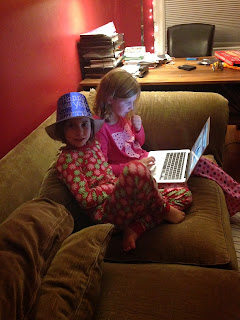 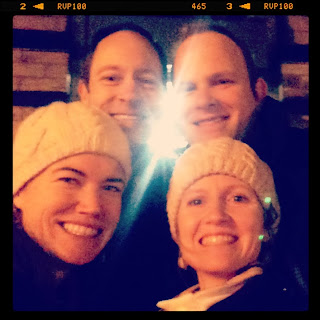 On our walk home from dinner we passed The Cathedral of St. John the Divine.  We popped our heads in to watch a few minutes of their New Year's Eve concert.  Gorgeous. 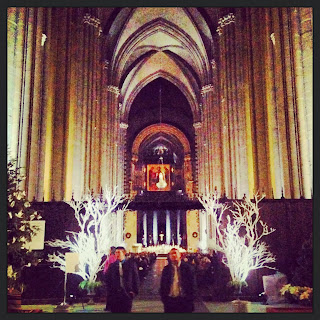 We picked up the kids and made it home before 11pm.  Do you know that by midnight I was the last Skaggs standing?  I watched the ball drop on our computer and listened to the fireworks outside (all the way from Times Square) all by myself.  If I weren't such an awesome wife I would post the picture I took of Kevin asleep on the couch.  But I won't.  You're welcome, Kevin.

But first, earlier in the day we headed over to the New York Historical Society.  Ella has had representatives from the museum come to her class but we've never been there.  Which is unbelievable because it's right next door to the Museum of Natural History.  It was much better than I expected (not sure what I expected), so we got a membership.  They have great-sounding children's programs and classes and even a screening room with films.  The kids did a scavenger hunt and wrote in their field notebooks. 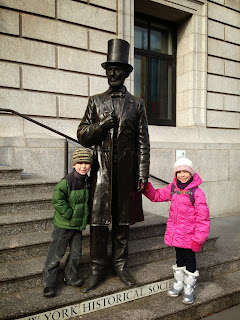 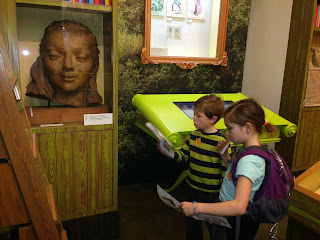 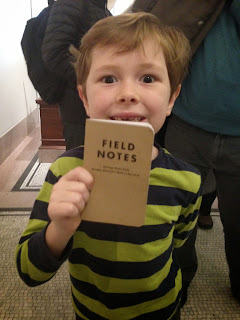 The next day we headed down the street to a brunch place we've been wanting to try all year and never did - mostly because they always have a line around the block.  What better way to make it in quickly than to show up right when they open at 9am on New Year's morning?  It was just us and some other families with small kids. 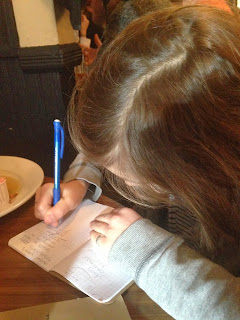 We talked about New Year's resolutions and the kids wrote theirs in their field notebooks.  Strangely, both of them had "learn to type correctly on the computer" as their first resolution.

We decided the kids needed to get some exercise and it was too cold to hang out at a playground, so we made our way down to the Chelsea Piers.  The Chelsea Piers used to be a passenger ship terminal in the early 1900s and have since been converted into a huge sports and entertainment complex, spanning several piers.  There's an ice skating rink, indoor soccer fields, batting cages, bowling alley, gymnasium and even a golf driving range. 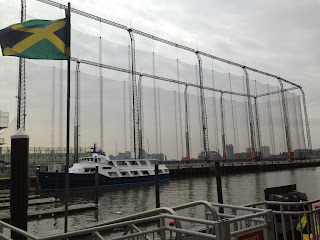 It's pretty gorgeous, right on the Hudson River.  So we signed the kids up for a class called Rock-N-Roll.  It was a 90 minute class with half the time learning rock climbing and half the time rolling around in foam pits and bouncing on trampolines. 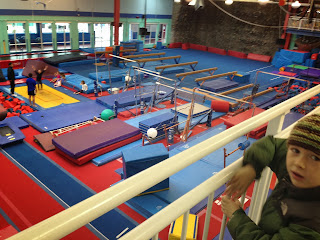 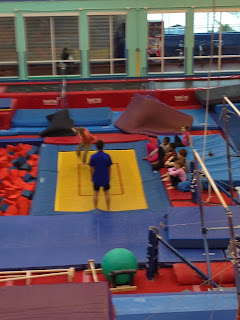 I don't think I need to tell you that the kids were thrilled.  Not to mention exhausted.

While the kids rocked and rolled, Kevin and I wandered down the street to The Half King for a couple of pints.  A perfect afternoon for all four of us. 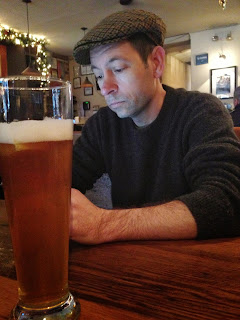 On the way to Chelsea Piers Kevin thought it would be a good idea to give the kids maps and have them lead us there, subway and all. 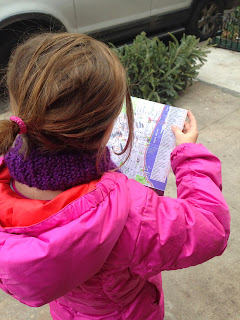 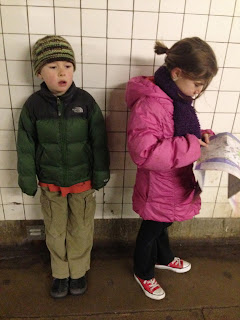 You'll be happy to know that they have a much better sense of direction than I do.