Baby It's Cold Outside

You may have heard that we've been experiencing a Polar Vortex here.  While it technically didn't get below zero this week, apparently with the wind chill factor it was about 11 below...  And living as we do in an urban environment where we don't have a car or a heated garage or enclosed walkways between buildings, we have been experiencing the weather, let me tell you.  Walking a half mile to/from school (roundtrip each time for me) is painful.  Monday morning Holden cried all the way to school saying that his face HURT!

And the poor kids have been cooped up inside all week.  Not that they're complaining.  At school when the kids can't go outside for recess or lunch because of the weather (which frankly, is most of winter), they go to the auditorium and watch movies...ugh.  It's no exaggeration that my kids watch more TV (much more) at school than they do at home.  Why they can't just run free in the gymnasium, I don't know.  Or if they must be quiet and contained, couldn't they at least watch something somewhat educational?  National Geographic instead of Spongebob? 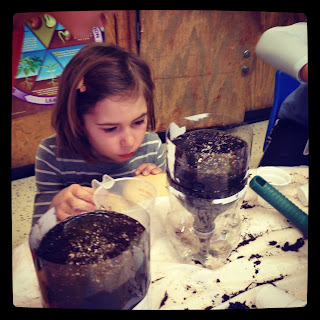 Anyway, needless to say, we spent the entire week inside which isn't good for anyone's soul.  We've been a grouchy lot.  Best to stay away from the Skaggs Family this week. 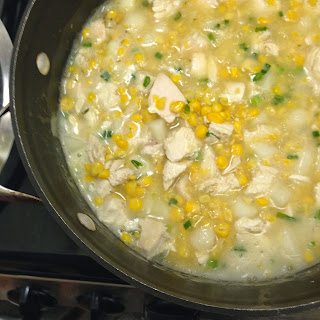 Warmed up with this yummy and easy Chicken Corn Chowder

Holden had a big week of firsts though.  He started piano lessons and soccer, both of which he is extremely excited about. 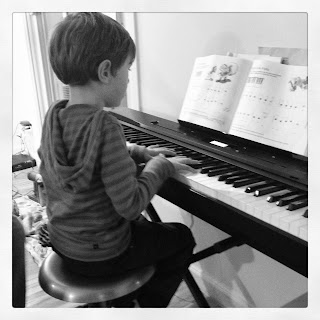 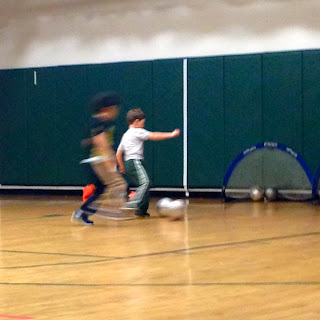 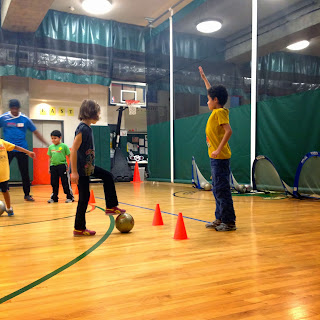 Ella is continuing soccer, this time as the only girl on her team.

And, because we'd move in and live there if we could, we spent the entire weekend at the American Museum of Natural History.

On Saturday after soccer we quickly checked out a new exhibit they have about poisons found in nature.  It looks like an incredible exhibit but apparently everyone and their brother had heard about it too, so after a quick walk-through we decided we'd return in a few weeks when the exhibit isn't so new and perhaps even go midweek.  After squeezing out of the poison exhibit we headed downstairs so that the kids could have their first IMAX experience, complete in 3D.  It was called Mysteries of the Unseen World. 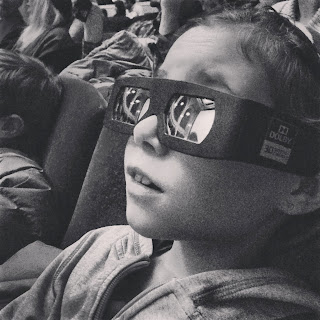 It was touted as a film that "will transport audiences to places on this planet that they have never been before, to see things that are beyond their normal vision, yet literally right in front of their eyes."  Holden was scared to death.  He is my companion down on the ground as Ella and Kevin ride the roller coasters.  Holden and I are not thrill seekers.  But even he was glued to his seat and enthralled by the technology.
While we were at the museum we saw a tour pass by us for the first time.  After a year of membership we just now discovered that they offer free tours every hour.  So on Sunday as we finished brunch at Cafe Lalo (of You've Got Mail fame) the kids decided that we should return to the museum and take a tour this time. 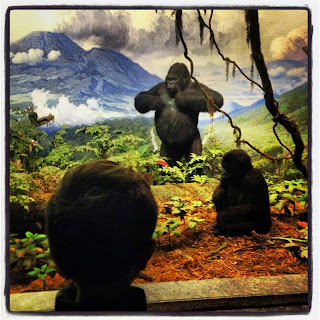 I can't tell you what a difference it made walking with a guide.  It was like we were seeing the museum for the first time.  She showed us things in rooms we've been in a dozen times that we had never seen before including a life size gorilla hidden in the rainforest diorama (not the one above - that one's pretty obvious...).  I was also pretty blown away to learn that they have a meteorite on display that is one of the first objects ever created in the solar system!  It is almost 4 billion years old!  And I've walked by it a hundred times without ever noticing it. 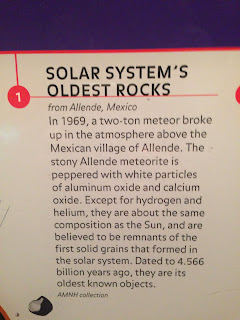 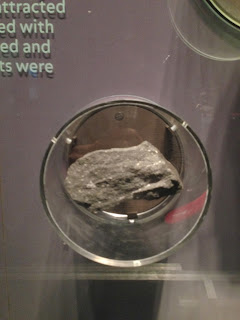 Kevin and I decided that this year is going to be the year of tours.  Last year we discovered New York City on our own.  Now we'll go deeper and let the experts teach us.  Stay tuned.