We had a fun-filled week with grandparents, cousins, aunts and uncles and even a few friends.  The kids got too many presents, as usual, and ate too much sugar.  They were in heaven. 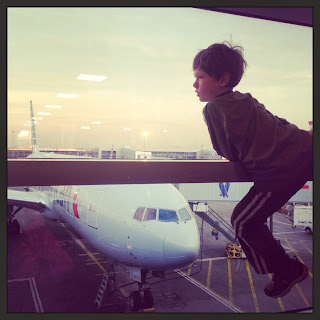 Off to San Francisco!

First stop was The Dickens Fair.  It's become a somewhat annual thing for our family.  They recreate a Dickens-era London complete with shops and pubs and street urchins.  Locals really get into it, costumes, accents, and never breaking character. 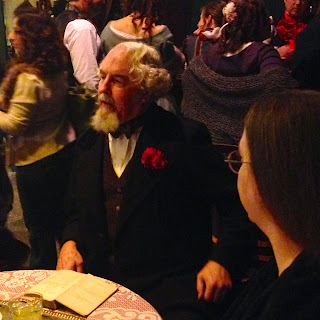 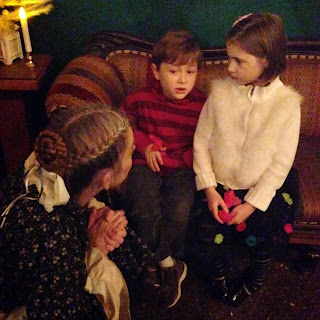 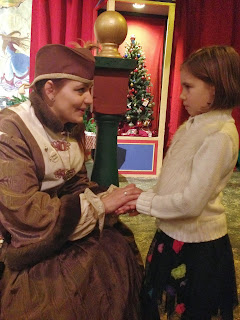 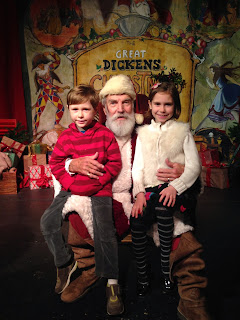 Father Christmas was there (or as the kids said, "The REAL Santa") 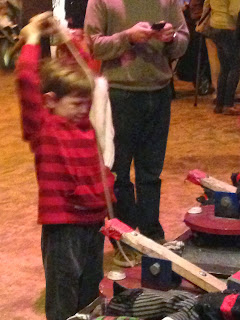 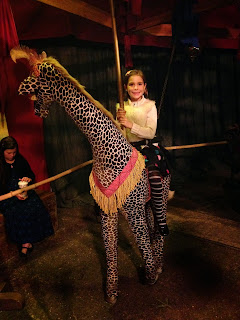 We were treated to a delicious cracked crab dinner by our good buddies, the McGilpins, back in our old 'hood.  Their house is a favorite due in large part to the trapeze in the living room. 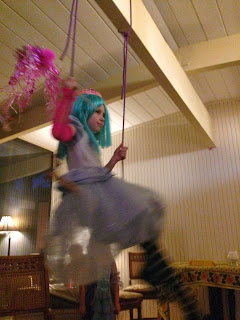 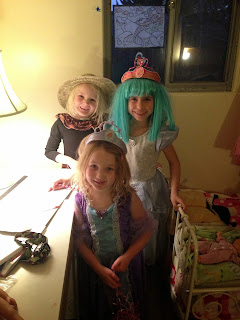 I met up with my buddy Mary for a coffee date and some good old-fashioned girl talk.  We all met up with Alyssa and family halfway between SF and Davis at a delicious seafood restaurant overlooking the Crockett Bridge.  They provided binoculars for the kids to look out to the bay.  The kids played games as the grown-ups caught up and drank beers. 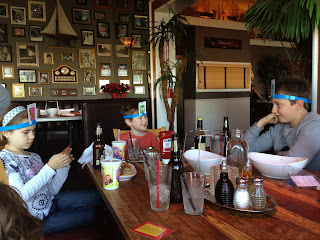 On Christmas Eve we headed north to Twain Harte to spend Christmas with Grandma and my niece Robin and her beautiful family.  Ella woke up at 2:30am on Christmas morning and waited patiently until 6am to wake up her parents. 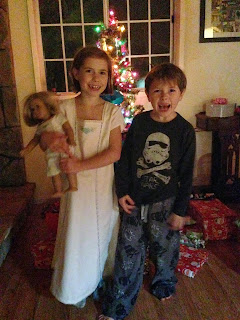 Santa delivered his annual Christmas Eve pajamas, including a matching nightie for Kit. 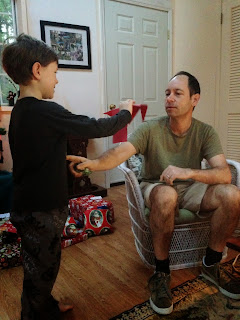 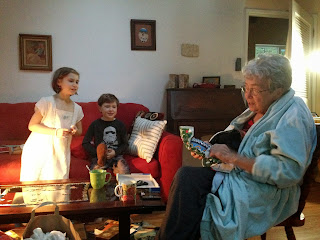 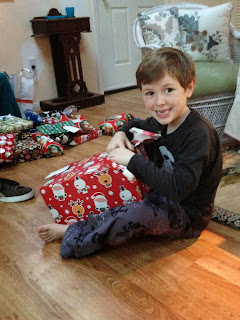 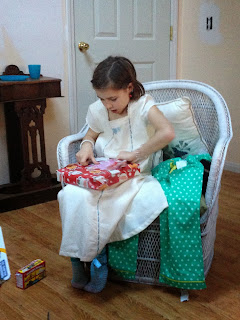 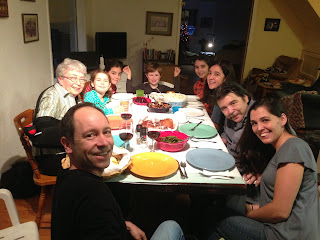 We were even treated to a Christmas night violin concert by my talented great-nieces, Starry and Heather.  Autumn received an electric violin for Christmas (I'd never even heard of such a thing!).  But she didn't bring it to Grandma's so we got an acoustic concert. 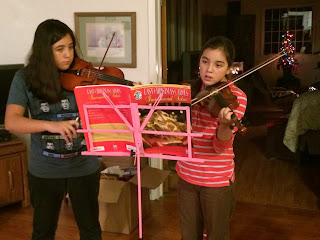 After Christmas we took the long way home, stopping first at my sister Linda's house which is always a favorite for the kids.  She has sheep, goats, chickens and roosters, many dogs and cats and even two families of peacocks! 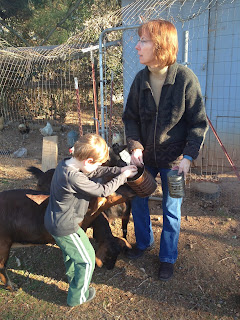 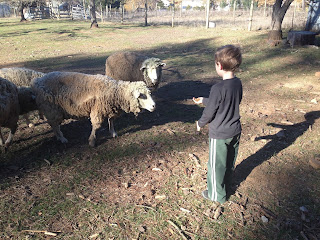 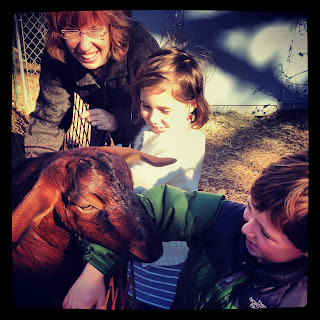 And another stop at Uncle Jack's house in Sebastopol (where Kevin and I got married 10+ years ago) before heading back to Grandma and Grandpa's house in Millbrae.

After Kevin's sister Maxine and her family made it home from celebrating Christmas in Minnesota, we had our Skaggs family Christmas.  Again, the kids were completely spoiled. 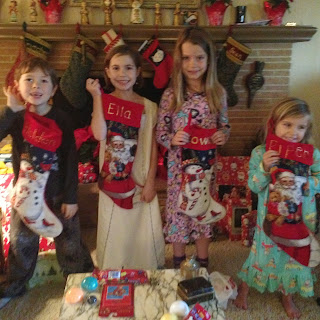 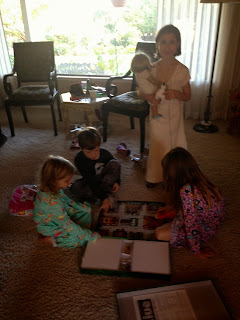 They had a great two days running around the property with their cousins Rowan and Piper, discovering new trees to climb and swimming in the pool.  Yes, in December.

Three-quarters of Team Skaggs were very, very sad to leave California.  Holden cried the morning we had to leave and Ella and Kevin moped the entire flight back to New York.  But I have to say, I just feel so, so lucky.  We have the best of both worlds.  We get to spend time with family in one of the most beautiful places in the entire world.  We still own our home there and have so many lifelong friends.  But we also get to hop back to our home in the most exciting city in the world and continue with our life filled with incredible culture, amazing food and daily discoveries. 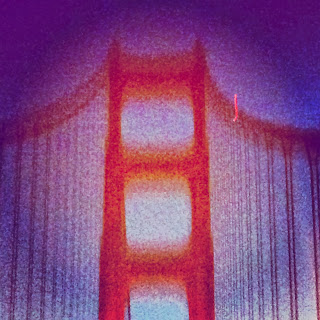 Who could ask for more?