Nature in a New York Minute

Election Day is a school holiday here in New York.  You don't vote in other people's garages like you do in San Francisco.  You cast your vote in a public school.  So with thousands of people coming through your school, it makes sense to keep the kids at home.

But I wasn't going to let the kids get away with a day of no learning.

I discovered a blog called Nature in a New York Minute.  This woman Kelly produces very short videos about nature in the city, mainly in Central Park.  While I was in the shower and doing a couple loads of laundry, Holden and Ella watched dozens of her videos.  Ella created a scavenger hunt list while they were watching them and we decided to spend the day on a nature hike.

So after quickly getting their hair cut (yes, a week after picture day), 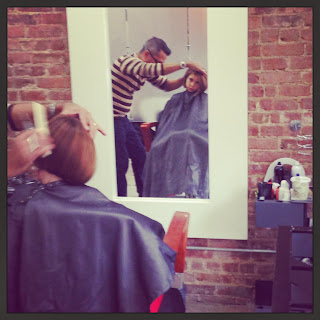 we headed exactly one block over to the north end of Central Park with our picnics packed by Ella. 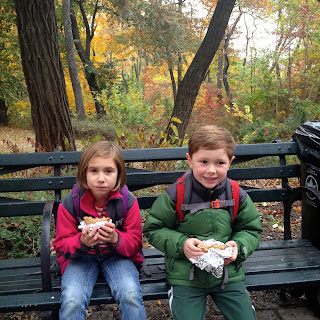 This is what it looks like smack dab in the middle of New York City right now: 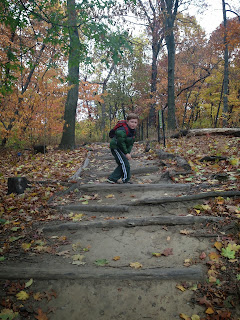 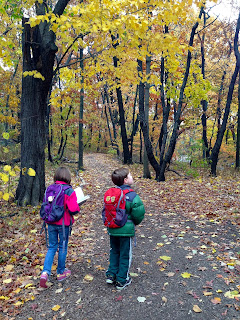 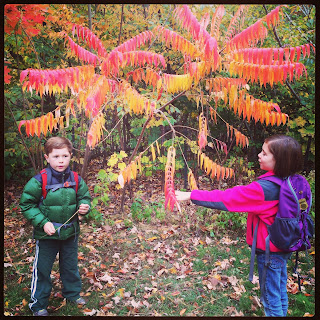 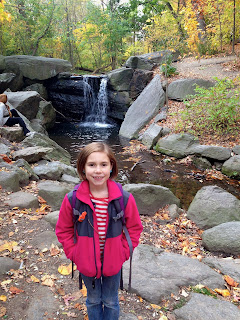 It looks like we took a long drive out to the country, right?  I'm still amazed at how beautiful and diverse Central Park is.  Living in this city wouldn't be nearly the same without the strip of Central Park running right down the middle of it.

The kids kept track of their scavenger hunt list which included Woodpecker holes on trees, spider webs, male and female white-throated sparrows, squirrels (black and brown), Burdock seeds... it went on and on.

And then they careful drew their observations and kept detailed notes. 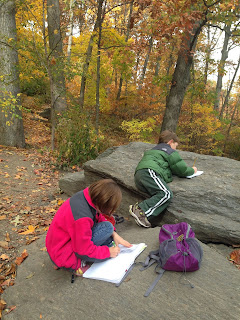 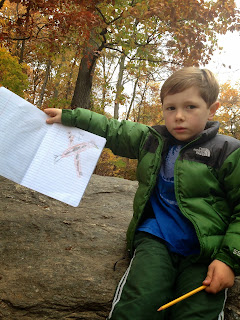 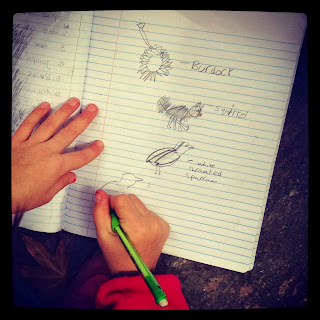 As a matter of fact, as we were sitting next to this gorgeous waterfall drawing in our Composition books a group of 5th graders from a private school (who didn't have school cancelled today) came through with their teacher doing the exact same lesson - looking for various forms of life in the park and illustrating them and taking notes in their Composition books.

I could be a 5th grade teacher.