First of all, thank you for your continued concerns about my father.  I was able to spend some good time with him over the weekend with another whirlwind 48 hours in the Bay Area.  While he has a long road ahead of him, his doctors continue to give him a good prognosis. 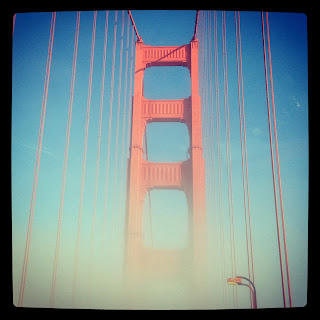 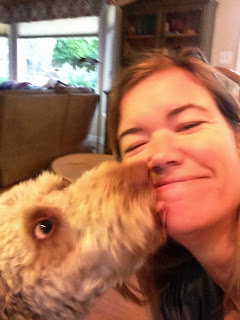 And I was able to spend some good time with my favorite furry friend, too!

While I was away, Kevin and the kids had another jam-packed, fun-filled weekend exploring the city.  I'll do my best to recount what they told me here.
After soccer on Saturday morning, they walked through Central Park (where as you can see, it is now officially fall) to El Museo del Barrio for a Dia de los Muertos celebration. 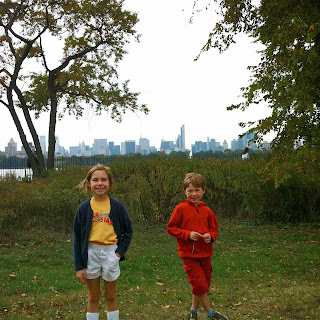 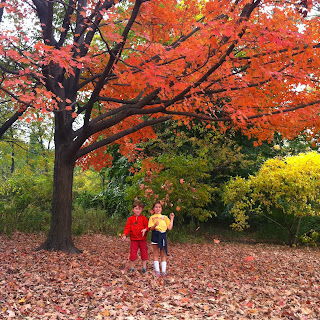 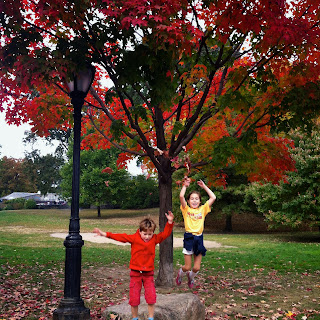 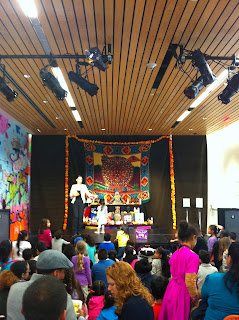 Last week, Ella and I came across this plaque on 85th Street: 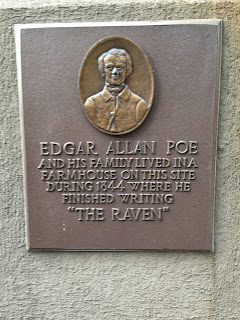 New York City is really good about putting up plaques at historical sites.  You'll see these all over.  Anyway, this plaque prompted a conversation about who Edgar Allen Poe was and when he lived (had to pull out my phone for that one).  Not a week later, I see a notice about an Edgar Allen Poe Halloween event going on at The Morgan Library.  Kevin was thrilled to take them. 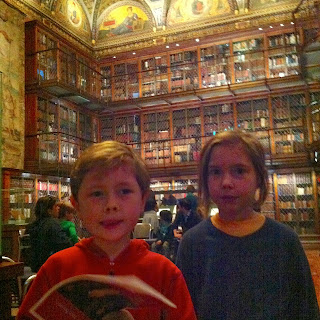 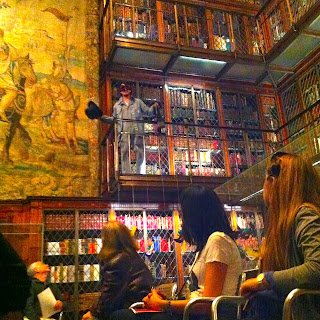 Apparently they had actors acting out a toned down version of The Raven.  The kids were given masks to wear.  They're still talking about it.

Their Sunday included Little League, reading, carving pumpkins, decorating the apartment for Halloween and seeing the latest Banksy installation which happened to be just down the street from us. 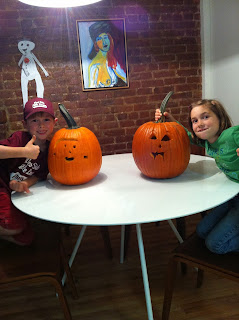 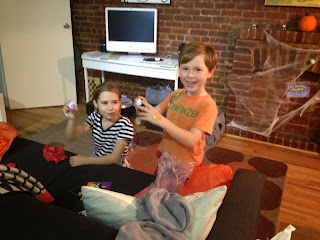 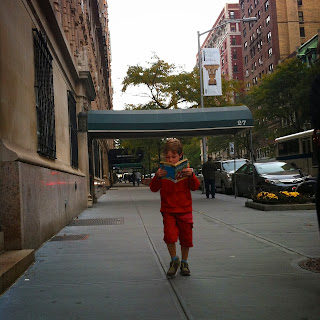 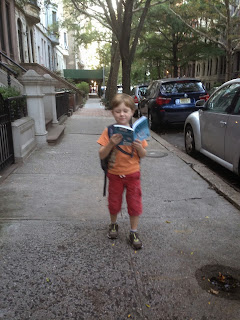 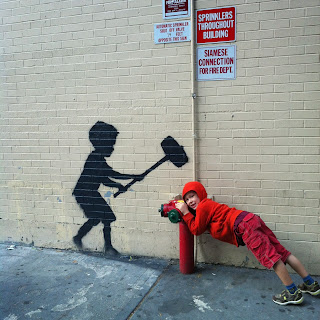 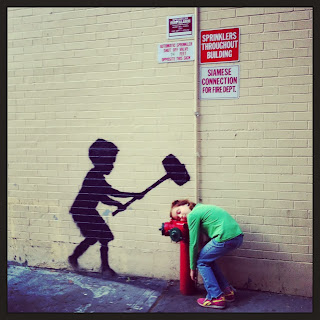 Banksy strikes the Upper West Side

I don't think they even had time to miss me.