School is So Close I Can Smell It

I know I should be savoring these last few days with my kids but man, do I need school to start.  My to-do list is growing exponentially.  The new apartment is a mess already.  My fridge is empty.  But instead of cleaning I'm going on a firehouse tour today.  I know, I know, I shouldn't be complaining.  Is it too much to want a clean house and have fun with my kids?

We visited school this week and I have some good news - Holden is finally, officially in the Spanish program for 1st grade!  When we moved out here in January, Ella had no problem getting into the Spanish immersion 2nd grade but the Kindergarten was full.  So Holden finished Kindergarten in the General Ed classroom and we were assured it wouldn't be a problem for him to get in for 1st grade - there are always at least one or two kids who leave the program each year.  Meanwhile, Holden's had a Spanish tutor weekly, an after-school Spanish art class, and a Spanish language summer camp.  We've done our best to keep his Spanish up (which was pretty good in January after two years of Spanish preschool and half a year of Spanish Kindergarten).  But of course I was nervous for the last 7 months that something would go wrong.  So I became the squeaky wheel, calling the office constantly, talking to the principal, the parent-coordinator, the secretary - anyone who would take my call.  And it paid off.  They had Holden come in on Tuesday for an evaluation and even though he is the shyest kid I've ever met, he did just fine and his new teacher, Ms. Santana, said she was thrilled to have Holden join her class.  Phew. 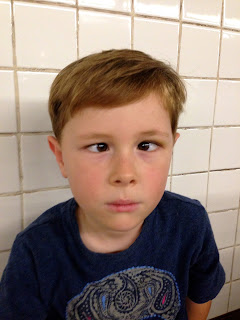 Really, the two things that have been causing me the most sleepless nights over the last few months are finding a new apartment/moving and getting Holden into the Spanish 1st grade class.  Check and check.

I've been slowly finishing unpacking and settling in to our new apartment. 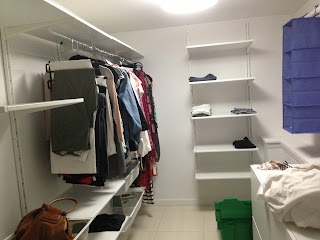 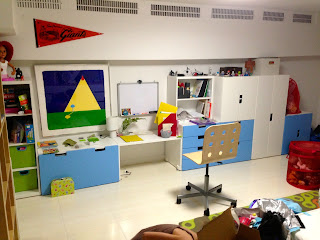 And the kids are loving their new bedroom/playroom, which is half the size of the entire apartment. 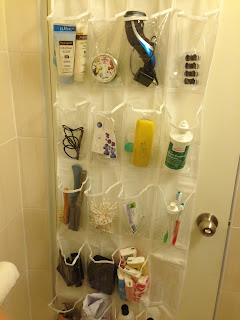 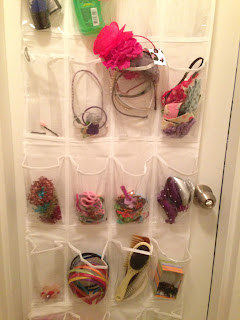 And I'm pretty proud of myself for this brain fart.  I put a hanging shoe rack behind each bathroom door and filled them with all the stuff I couldn't fit in the tiny medicine cabinets.  It makes it so much easier for Ella to access and organize her hair accessories.

Speaking of hair, we got our back-to-school haircuts this week.  I think Holden just aged about 5 years. 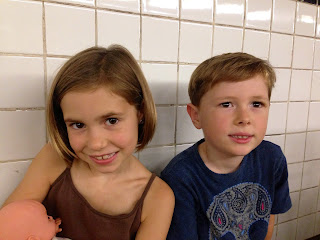 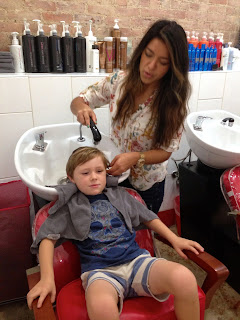 And yes, we were able to get some fun in this week.  We visited the Children's Museum of Manhattan again, which is now just 3 blocks from our new apartment.  It's a fun indoor play space that hides educational elements into their exhibits.  I love anything that makes the kids think they're just playing when really they're learning. 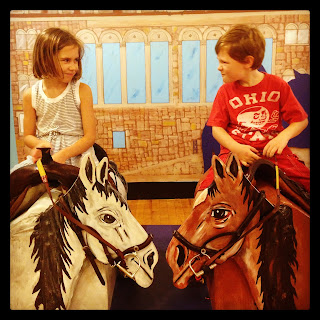 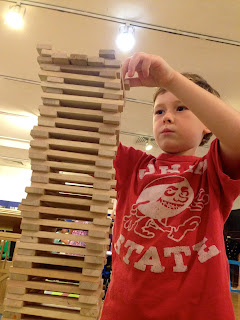 I know I'll miss the kids as soon as they go back to school, but after ten weeks together every day, all day, maybe I need to miss them a little.