Day One of school went as well as can be expected.  Ella actually had a great day and said her teacher was super nice.  Holden was lukewarm on the whole thing and said there's no snack time and no free choice time like in Kindergarten.

Day Two...ugh.  For the first time ever (including all of preschool and Kindergarten), Holden cried at drop-off.  Wouldn't let go of me.  Made a scene.  That's never happened to me with either child.  I'm guessing it was because today was going to be their first day of Spanish and he hasn't had Spanish in his regular class since January.  He screamed, "I HATE SCHOOL" and "I HATE BEING AWAY FROM YOU!" (I'd be lying if I said the latter didn't make my heart soar just a little).  With the help of the assistant teacher I slumped away and had a terrible morning worrying about him.  At pick up he wouldn't even look at me.  It might be a long year.

Ella also wasn't completely sold on her teacher the second day.  Apparently she's "totally strict" and doesn't allow any English to be spoken in class at all on Spanish days, which I am thrilled about.  We had a discussion at dinner about why being strict is a good thing and Ella seemed to forgive her by the end.

To distract the kids from their rough day I took them with me to vote after school. 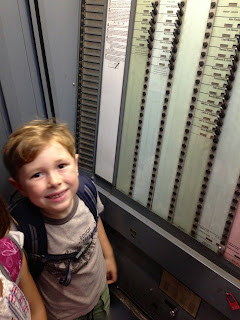 Yesterday was our primary elections for mayor and other positions.  I voted for Eliot Spitzer and against Anthony Weiner.  So I apparently I have a red line for pervi-ness.  And get a load of those voting booths!  Straight from the 1960s. 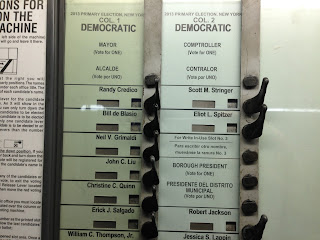 You actually have to pull a lever to the right, then flip your switches and pull the lever back to your left to cast your vote (one hopes, it's not like you have any proof that your vote was recorded).

While I was gallivanting around San Francisco last weekend, Kevin and the kids finally checked out the Bronx Zoo.  Holden's been wanting to go since we moved here but it's not very convenient for us, so I left it for Kevin to do. 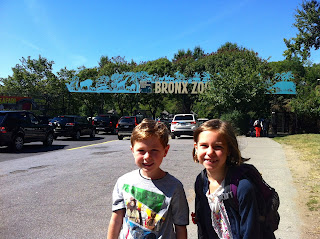 Apparently it was a big hit and is so huge they didn't have time to see it all, so I'll get to go after all.  Luckily Kevin got a membership because for a family of four, it costs over $100 to get in (and see the Dinosaur Safari), which means it's out of reach for most of the kids who live right nearby in the Bronx.  Very sad.

I also mentioned that we went on a firehouse tour last week. 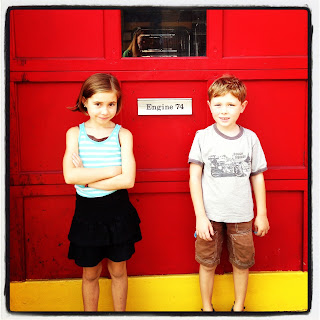 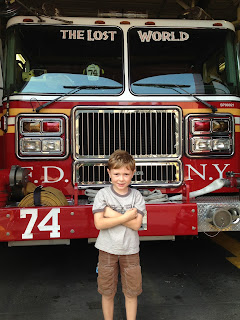 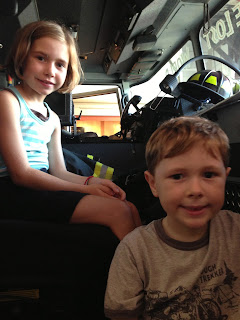 The kids loved it and the firemen couldn't have been any nicer.  There was a memorial there for a couple of firefighters that they lost on September 11th, even from a station way up on the Upper West Side. 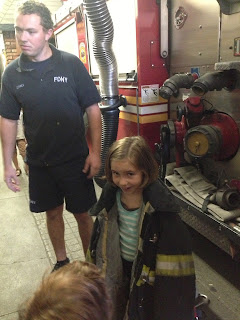 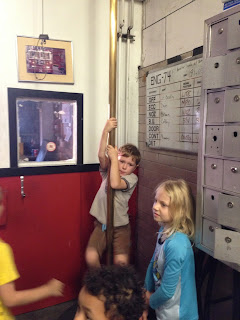 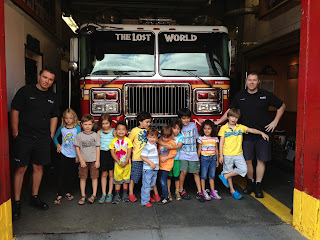 Speaking of September 11th, today is the 12th anniversary of the terrorist attacks.  Flags are at half-mast around the city and you can occasionally see bouquets of flowers at fire and police stations.  It's pretty incredible that there are people in this world who choose a profession in which they run towards the fire, the man with the gun, the flooding waters as the rest of us run away.  Just to help us, strangers.  They are better than I.  Thank you to those of you who make that choice.