Another fantastic birthday is in the can.

We started my birthday weekend off right on Friday night by meeting our friends Sharon and Stefan (better known to you as 'Maeve's parents') at a hot New York restaurant, Red Rooster.  It's a terrible name because I keep accidentally calling it Red Lobster, which it could not be more different from.  It's Chef Marcus Samuelsson's place in Harlem, frequented by the Obamas and Clintons, among others.  Apparently it usually has a 2-3 month wait for reservations but Stefan knows someone and was able to get us in with 2 weeks notice.  Food was great (had chicken and waffles for the first time), company was fun and no kids was awesome!

Saturday morning we loaded up our backpacks for an urban hike.  We took the subway all the way up to the last stop, Van Cortlandt Park in the Bronx. 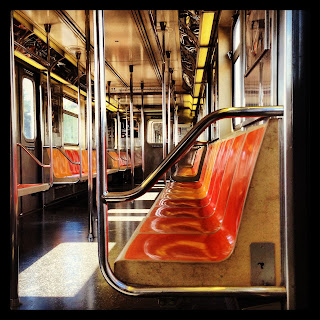 There we checked out the Van Cortlandt House, a 300 year old plantation home of a Dutch family who settled there and grew wheat fields where now there are Burger Kings and gas stations.  It's the oldest building in the Bronx and George Washington once used the house as a headquarters for a while during the Revolutionary War.  The kids got a mini-history lesson out of it. 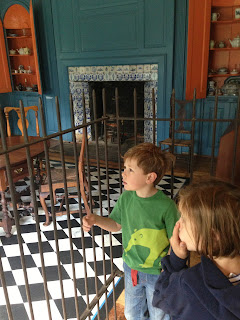 From there we hiked around a lake and through a golf course.  After only about 2 minutes of walking we already felt like we were in the middle of the woods.  Holden even declared that he loves hiking because sometimes he just needs to get away from all the cars.  I hear you, Holden. 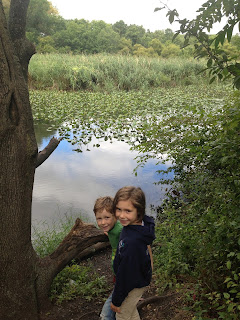 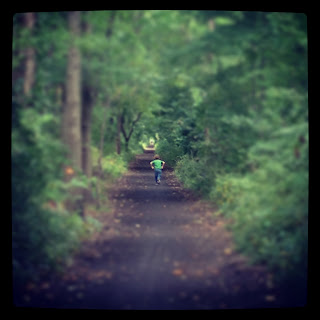 I bet you never thought the Bronx looked like this.

Saturday night we christened our new BBQ in our new backyard with our friends Joel and Mimi and their boys Arlo and Ansel (the family we went camping with this summer).  It was so fantastic to be able to eat our dinner outside and feel like we finally have the space to entertain friends. 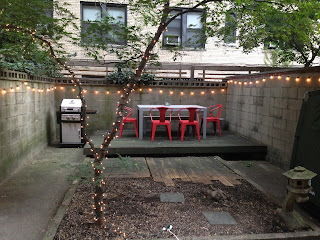 Sunday morning, my actual birthday, I woke up to a pile of homemade birthday cards from my two biggest fans and my gifts that had arrived throughout the week in the mail, which I had the willpower to keep wrapped until my birthday.  We hopped an early train uptown to Holden's first Little League game.  He has been excited for weeks.  I thought for sure as soon as we arrived at the field that he would pull a Holden and clam up, cling to my leg and go all shy on us.  Not at all.  He ran out and started practicing with Kevin right away.  He loved every second of it and even scored the final run of the game. 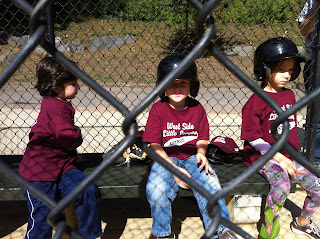 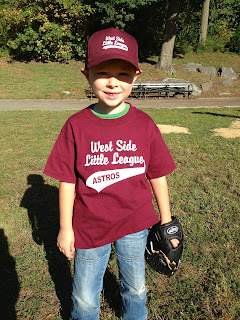 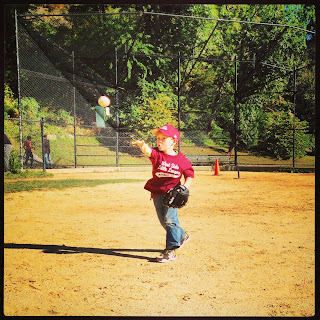 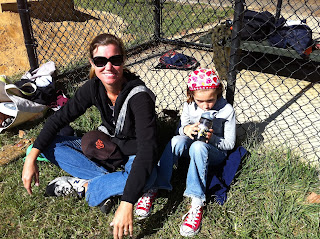 Kevin had an ill timed business trip so he left NYC after Holden's game for Detroit.  I had planned to have a quiet afternoon with the kids but right after he left I got a call from my friend Andi from grad school (who lives in New Jersey) saying that she and her daughter were in the city at the half-priced ticket booth in Times Square and invited us to join them at a Broadway show (she had no idea it was my birthday).  These are the kinds of awesome, spontaneous things that happen when you live in the coolest city in the world.

So we threw on our shoes and headed back out to the subway to head downtown to meet up with them.  We ended up seeing Peter the Starcatcher, winner of 5 Tony awards. 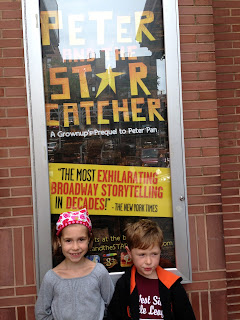 Despite being a prequel to Peter Pan, it wasn't exactly a show for kids, but they all sat through it and seemed to enjoy it even if they didn't know what was going on most of the time.  It's always fun to see live theater even if the accents and language are too difficult to understand.

Then we finished our day with dinner at a touristy diner in Times Square where all of the waiters are actually trying to get into a Broadway show (aren't all waiters in New York?).  They sing throughout the meal (see him over Ella's shoulder?).  The kids ate it up. 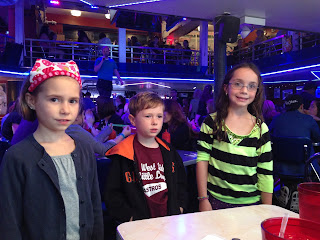