Well, I'm doing my best to keep Holden entertained while single-handedly packing up our entire apartment.  The movers come on Wednesday.

Luckily, Ella is at summer camp this week, all day, every day.  She gets to commute on the subway with Kevin every morning and every evening, which makes her feel so grown-up.  The camp is in the theater district, not far from Kevin's work.  And the great news is, she absolutely loves it.  Seriously, we've never seen her happier or more animated.  I think she's found her calling.  It's a two week camp and the kids are creating their own musical from scratch: writing the script and songs, building the set, making costumes.  We've got a very creative little girl on our hands.

Meanwhile, between packing boxes, Holden and I have had a bit of fun.

We made our ump-teenth visit to the American Museum of Natural History and checked out a special exhibit on frogs.  Holden's been begging to do this for weeks and Ella showed no interest, so a perfect mommy-son activity. 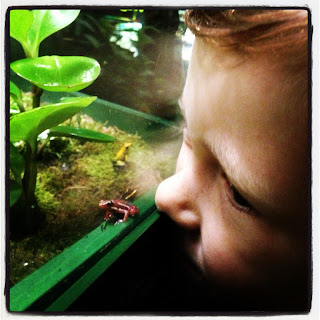 Up close and personal with a Dart Poison Frog

Then on Tuesday I read online about a special pirate cruise on the Husdon.  No-brainer.  A bunch of kids dressed up as pirates on a vintage sailboat with a "Pirate School" on board?  Only in New York City can you find something so awesome on a random Tuesday. 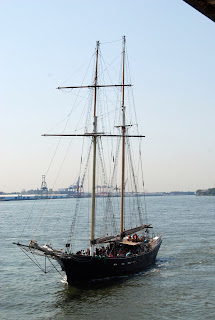 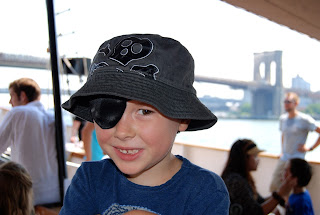 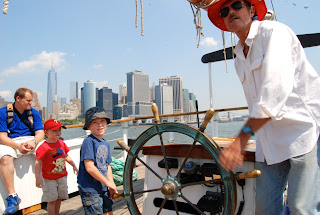 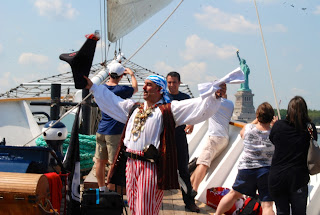 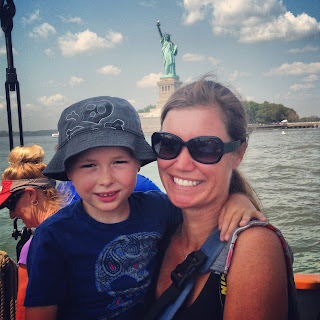 Then some more packing...

I found what I think is the most awesome business idea - Jugglebox.  Instead of tracking down a bunch of cardboard boxes, or worse, paying a couple hundred dollars for new ones, and then having to build and tape them all, then break them all down and recycle them, what about renting hard plastic bins that protect your stuff better and are reused (therefore better for the environment)?  Throw in free delivery and pick-up of the boxes and I'm sold. 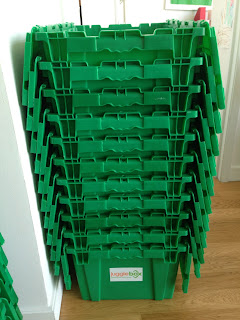 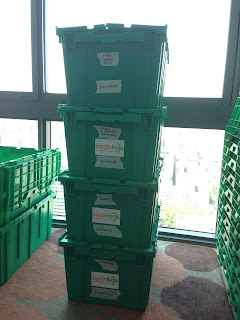 Holden and I also worked our shift at our farm box pick-up site.  Every member of the CSA (Community Supported Agriculture) is requested to work one shift during the season.  Working a shift involves checking in members, putting out the produce and signs and basically helping out, as needed.  Holden thought it was the best thing ever and hasn't stopped talking about "going to work".  He was a hit with the arriving members as the cutest 'checker-inner' they've ever seen. 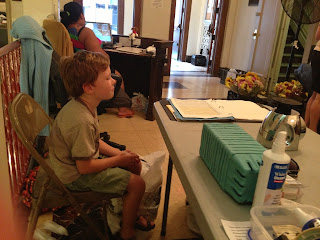