Even though I have never seen an episode of the reality TV show named for our vacation destination, my expectations were still low, none the less.  I've seen interviews with the "stars" and developed a stereotype in my mind of what I would be seeing on the beach: spray tans and muscle t-shirts and much too much jewelry to be wearing on a beach.

Boy, was I wrong. 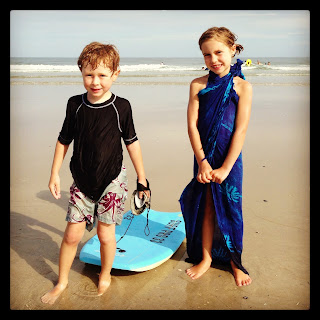 We were invited to join Maeve's family at the beach house they rent for two weeks every August.  They've rented the same house for 13 years and rented others in the years before that.  It is on Long Beach Island, about a 2 hour drive (with no traffic) from the city.  As you can see from this map, it is a long, narrow island just off of New Jersey that was hit by Hurricane Sandy last winter.  We saw several houses under construction and many brand new houses built where the previous ones were destroyed.  Apparently the storm did nothing to the real estate values - they're as high as ever.  It's that beautiful. 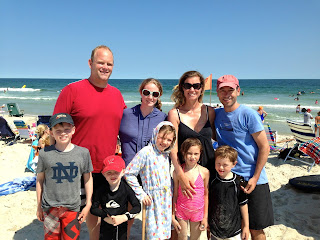 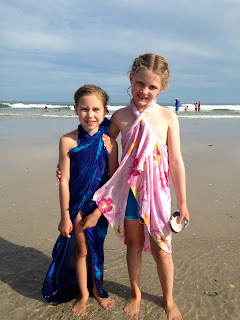 We had a great time with our hosts, 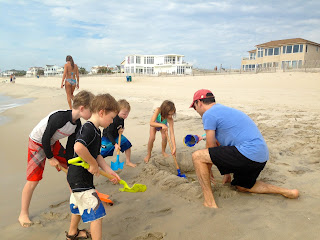 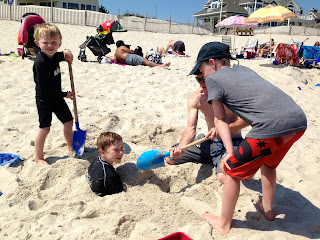 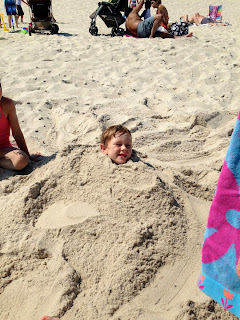 got buried in the sand, 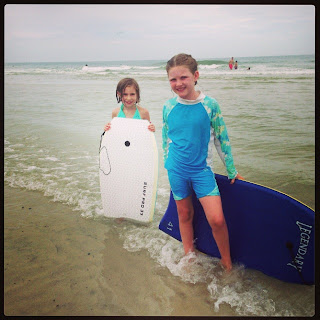 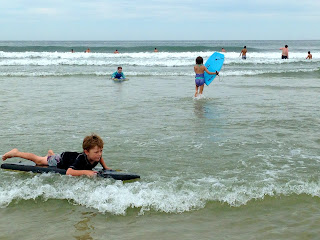 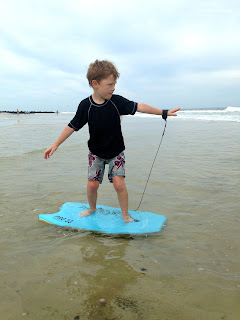 learned to Boogie Board, 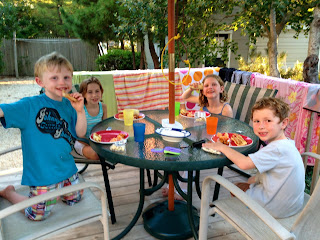 and ate lobster rolls, crab cake sandwiches and the best clam chowder any of us have ever had. 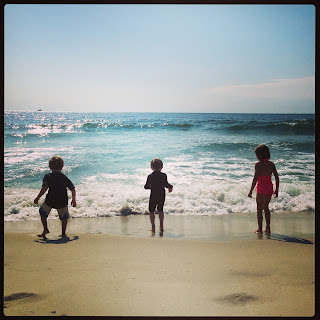 Not a weekend we'll soon forget.