Another weekend of packing a week's worth of activities into two days...that's how we roll, people.

I'm going to spare you details since we covered a lot of the same terrain as last weekend and leave you with a bunch of slightly narrated pictures.  I will say that it was so nice to see how much our kids bonded with their second cousins, Devin and Alana.  In California, the kids only see each other once every 3 or 4 months or so and then only for a couple hours at a time.  Not enough time for several introverted kids to come out of their shells.  But over the last several days, these four have become fast friends and we've seen a side of their kids we've not seen before.  Really, they have two of the cutest, sweetest kids we've ever met.


We headed back up to the the High Line - I could walk that every weekend. 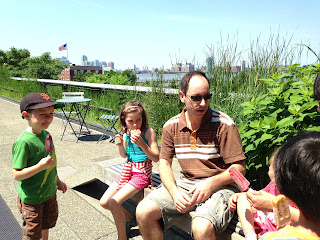 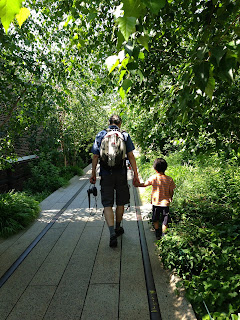 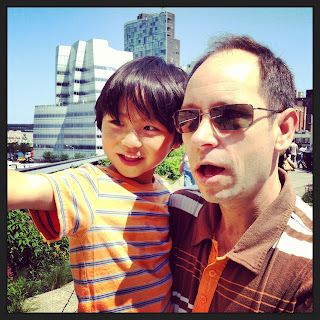 Ella got a hold of the camera... 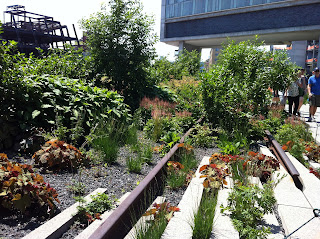 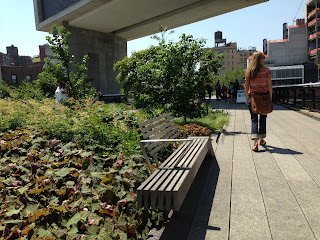 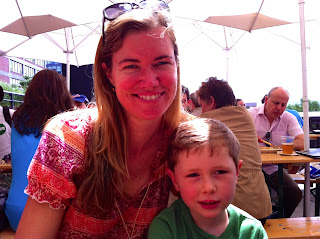 The cousins took off from there to hop on the Staten Island Ferry.  Since we just did that a few days ago we stayed behind but Ella decided to join them so Kevin and I got an unexpected afternoon with Holden.  We don't remember if we've ever had time alone together with just Holden.  Of course, we took him to a couple of biergartens. 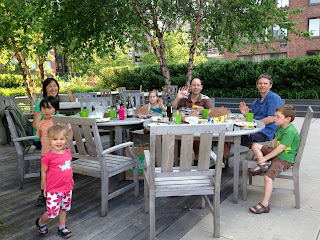 We met back up for dinner on the roof deck. 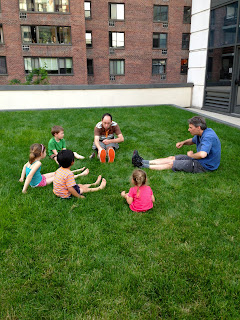 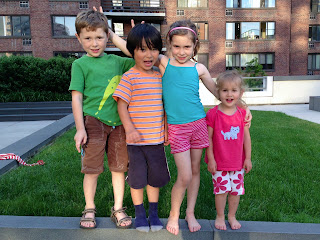 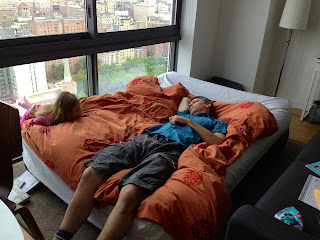 Pooped out after a long day of walking. 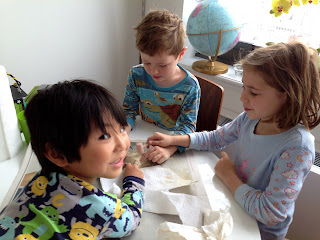 Sunday, Father's Day, took us over the Brooklyn Bridge. 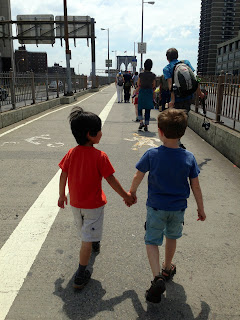 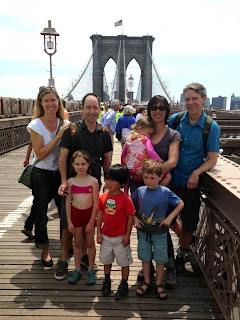 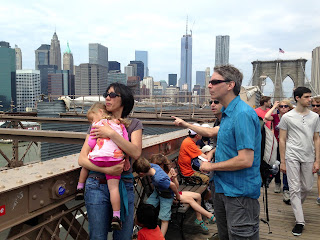 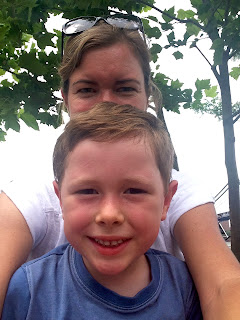 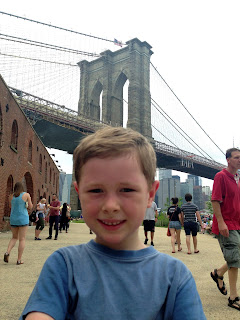 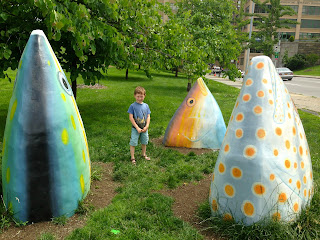 We picnicked and the boys played football with the Manhattan Bridge as a backdrop. 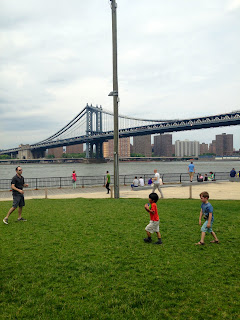 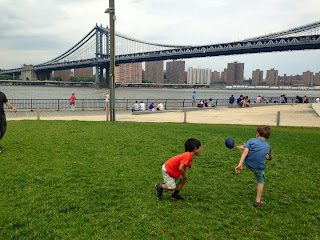 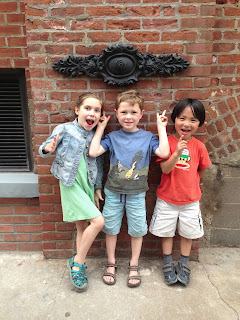 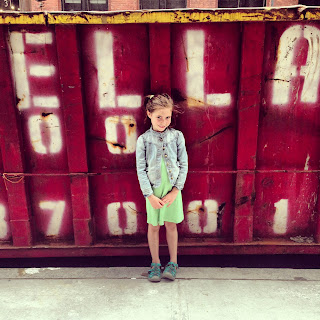 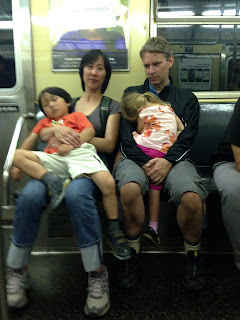 As we do with all of our guests, we completely wore out the Stuppin family.  I hope they had as much fun as we did. 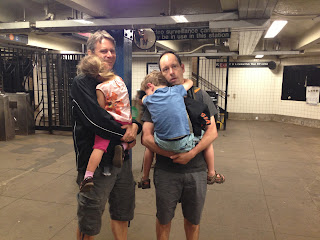 And HAPPY FATHER'S DAY to all the fantastic dads in my life!