Wow, back-to-back field trips for Ella this week.  And I got to chaperone both.

Tuesday we took a class of 21 second graders on the subway... 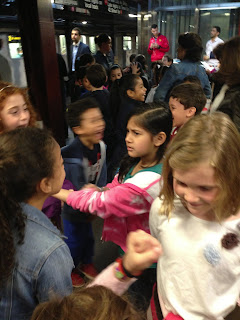 And walked them through Times Square... 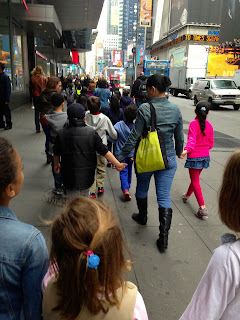 A nerve wracking experience for the chaperones.  But we made it to the theater to see Charlotte's Web with all 21 kids still in tow. 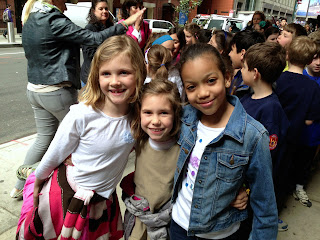 Then today we got to go to the Lower East Side and check out the Tenement Museum.  That may not sound very appealing but it was awesome.  The kids have been learning about immigrants for weeks.  They each did their own presentation on their heritage a couple weeks ago. 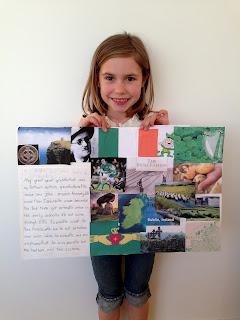 The kids were so excited when we arrived because they recognized the address: 97 Orchard Street.  I didn't realize it but they have been studying about a young immigrant who arrived over 100 years ago from Turkey named Victoria Confino.  She lived at 97 Orchard Street in the Lower East Side, where the museum is located today.  When we arrived an actress was playing Victoria and kept in character the entire time.  She told us about her experience as an immigrant, coming over on a ship, going through Ellis Island, living in a new country where she didn't understand the language.  Victoria showed us her tiny tenement apartment where she lived with her parents and five brothers.  The kids got to ask her questions (and they had a lot!).  I think the museum does such a great job giving the kids an idea of what it was like to be an immigrant. 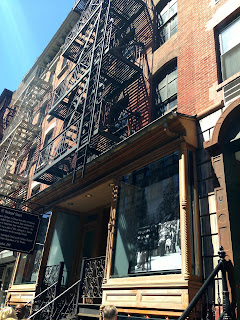 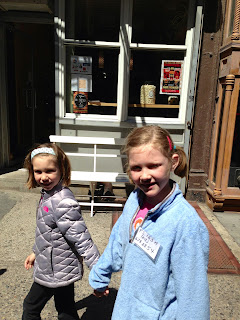 You might notice the sun is out!  It's been two gorgeous days in a row.  I've made my "home office" out of our roof deck. 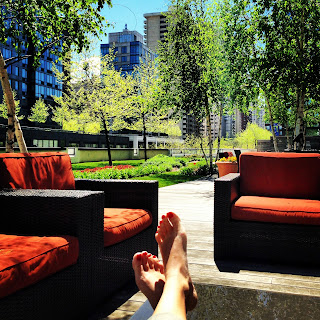 PS - To my two moms: you can click on any picture to make it bigger.  Also, if you see a large triangle in the middle of a photo, it's a video.  Press it to play.  (There are no videos in this posting, but I heard that neither of you knew that Ella's piano playing a couple weeks ago was a video.  Now you know.)
Posted by Gretchen at 4:30 PM