Well, I started off the weekend with some major manual labor.

I made a new friend this week - a mom at the kids' after-school Spanish class.  While the kids were in Spanish on Tuesday afternoon, we checked out the wine bar across the street and got to know each other over Chardonnay.  It turns out she is the parent volunteer in charge of our school's fledgling garden so by the end of the glass of wine, I too was on the garden volunteer crew.  Our first order of business was to receive and move a large order of soil for the newly built raised planter boxes. 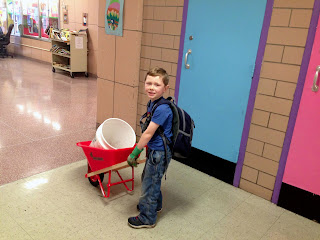 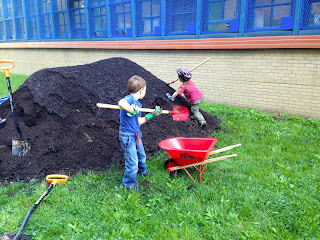 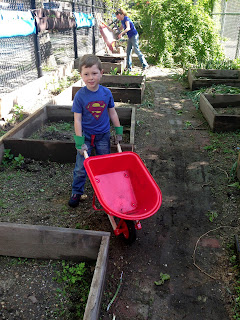 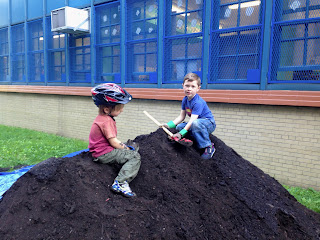 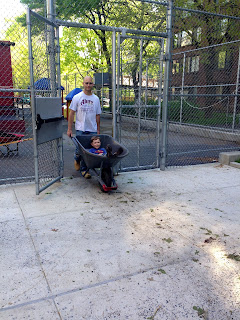 As you can see, I had help.  It took about 3+ hours to shovel the pile of dirt into the wheelbarrows and wheel them around the school to the planters and dump the soil.  Over and over and over again...  I popped Advil all weekend long.  Luckily, my kids gave me a gift certificate for a massage for Mothers Day (but more about that later).

Holden's class presented their first "research project" to their parents on Friday.  Kevin was able to show up a little late to work so he could participate.  Holden's topic was the Bald Eagle - still front in his mind after our trip to Alaska last summer. 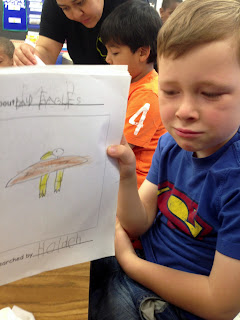 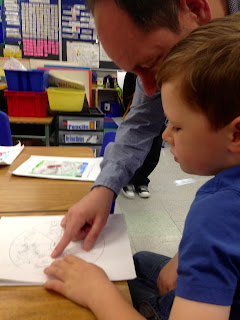 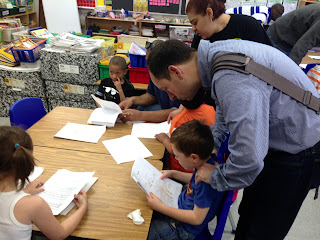 Friday night was another fun-filled evening with Maeve's family (our traditional Friday night scenario now), complete with entertainment by the kids. 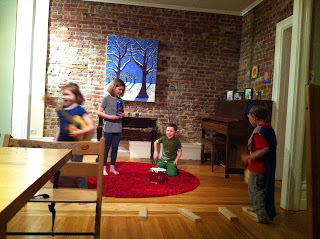 We kept our plans for Saturday a secret for as long as we could, knowing how excited the kids were going to be.  If we had told them any sooner we would have been hearing it daily for weeks, "How much longer until we see Matilda?!?" 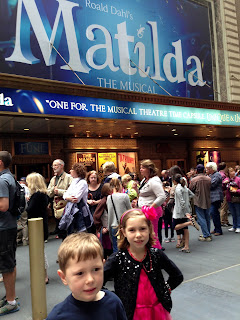 It was the kids' first Broadway musical and it did not disappoint.  It was incredible, actually.  Perhaps the best Broadway show I've ever seen.  The kids have of course read the book and seen the movie, which made it even more exciting for them.  We had Orchestra seats so we felt like we were in the show.  The kids were blown away by the singing, the lights, the actors... we've been listening to the soundtrack on loop ever since. 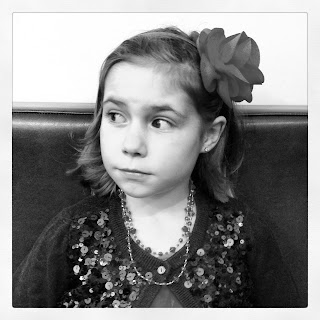 Ready for the theater.


Sunday morning of course was Mothers Day, to which I woke up to Starbucks in bed and peonies on the table.  These kids know me well.
I got to choose the happenings for the day so we set off for The Brooklyn Museum of Art to finally see an exhibit I've wanted to see since we got here.  First we had the most delicious brunch in the Park Slope neighborhood and walked over to the museum from there. 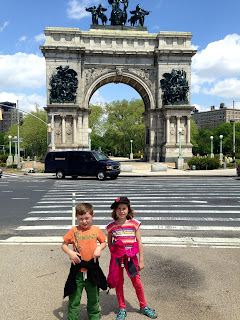 On our walk we passed by the arch where the bunny exchange happens in Knuffle Bunny, Too.  Look familiar (to any moms under 45)?

The exhibit was El Anatsui, an artist who makes art out of discarded trash, mostly bottle caps and the metal around liquor bottles, in Ghana. 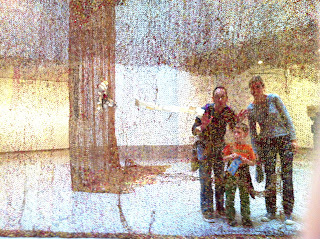 Standing behind a sheet of bits of metal all connected with wire. 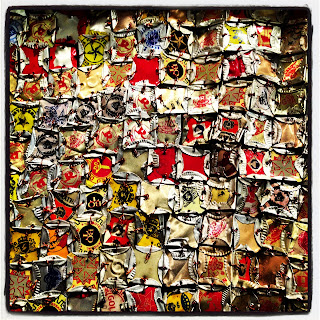 Close up of the bottle caps. 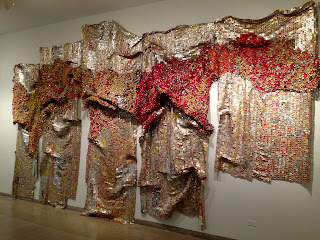 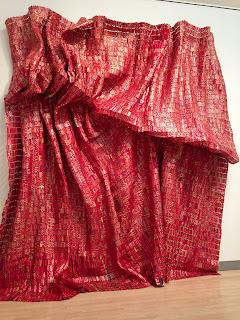 What a sheet of them look like when standing back. 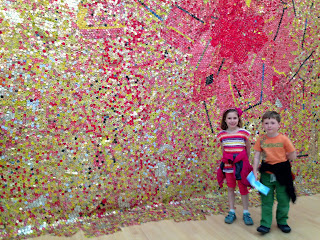 The kids were pretty impressed.  They often make art out of trash already.  The museum does a great job of engaging the kids.  There's a short video showing how he connects all the pieces and gets his materials, and then there was this table where the kids can create something of their own. 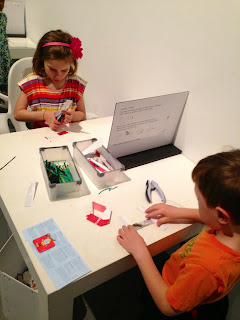 I've been so impressed with how well museums in New York include and engage children.

On our subway ride there and back, Ella brought a new book of poetry Kevin bought the kids.  Ella read aloud to the passengers on the subway car. 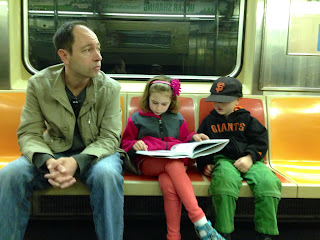