Just a quick collage of a post to give you an idea of where our joy has come from this week.

First of all, we just got an awesome care package from Cousin Bonnie (who runs the children's section of the family bookstore). 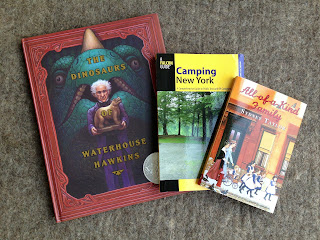 Waterhouse Hawkins spent decades creating the first life-size models of dinosaurs, in where else?  New York City.  Guess who that book's for?
And the camping book - if you know our family at all...perfect.
All-of-a-Kind Family is about a family of five girls (the eldest is named Ella) who live in New York City at the turn of the century.  Bonnie knows Team Skaggs well.  Well played, Bonnie!

A few days ago more love from home arrived in the form of a manila envelope from Ella's old second grade class in San Mateo.  They are apparently learning to write letters because the envelope was filled with 23 of the most perfectly written letters I've ever seen - dates, salutations, indentations - all where they should be. 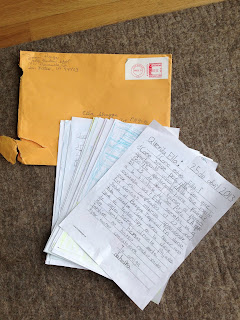 I was so touched that Ella's teacher took the time to have the kids write them and send them off to her.  And Ella was of course thrilled as well.  I pestered her for several days to write a letter back to her class telling them all about her new life in NYC.  After a few days she showed me her first draft.  I don't know why I was so surprised that she wrote the most beautiful letter - all in Spanish.  I wonder how long it will take me to stop being surprised that she actually speaks and writes in Spanish.

Other forms of joy came this week in the form of food. 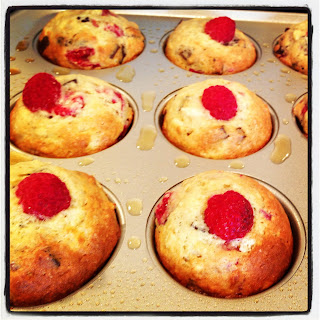 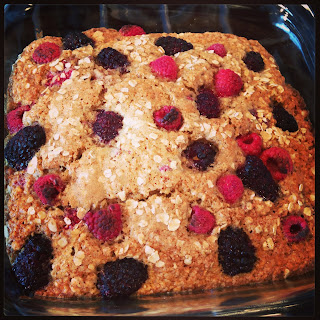 Oat Cake with Blackberries and Raspberries (adapted from this month's Martha Stewart Living - there's no online link that I can find, otherwise I'd link to it.  You're just going to have to buy the magazine.)

Joy is often found in bars for Kevin and me but this week it was also so for the kids.  There was an old Battleship game sitting there and I realized the kids had never sunk anyone's battleship.  They loved it.  (Yes, we take our kids to bars.  If we have to sit through episodes of Scooby Doo, they can sit through a glass of Cabernet.) 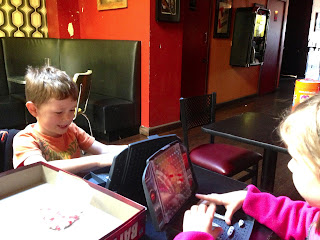 And finally, joy came last night at twilight, as seen from our window. 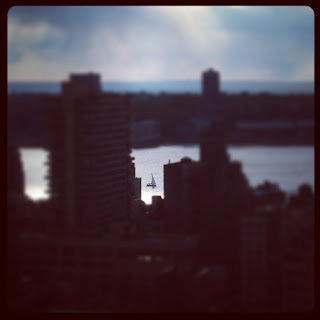 See the tiny sailboat on the Hudson River? 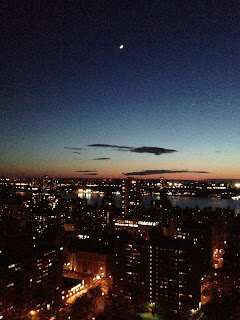