Who needs to make new friends in New York when it seems like every week one friend or another is here from California?  This week it was my dear friend of 30+ years, Jean.  He is here on business for the weekend and so we got a babysitter and Kevin and I took him out for dinner and drinks and got to catch up on family and life.  So great to see him and have a taste of home. 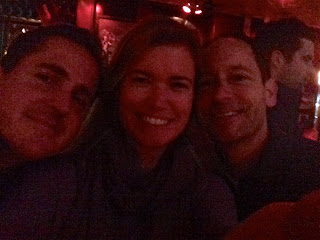 We started Saturday off at the hair salon. 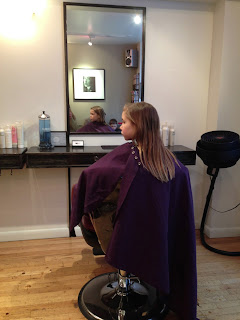 It turns out Ella got an "interim" haircut.  I let her do the talking.  She told the hairdresser that she wanted a bob, above the shoulder.  Apparently the hairdresser was too scared to cut so much off of her hair all at once because although she took several inches off, it was still well past her shoulders.  Ella didn't seem to mind and it was obvious the hairdresser needed to get back to another client who was having her hair colored, so she said if Ella wants more off we could return on Wednesday when she's here next.  Of course as soon as we got home Ella said she wants more off.  Then this morning she decided she liked it as is.  We'll see if it stays. 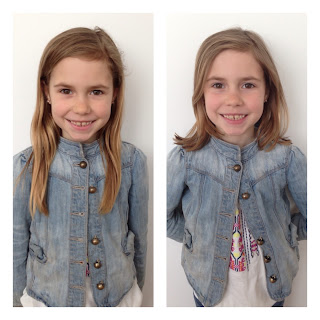 From there we headed out to discover Brooklyn.  At least one neighborhood: Williamsburg.  It's a very cool little neighborhood - hipster central.  Lots of stores that sell ironic t-shirts, oversized plastic sunglasses, and of course the ubiquitous fedora hats.  We had a nice day although I just about had a nervous breakdown. 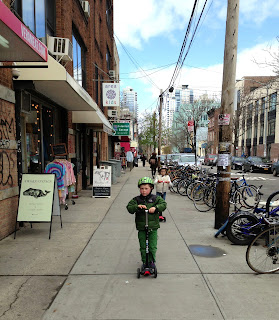 We let the kids take their scooters with them.  The sidewalks were very crowded (not evidenced in the above photo).  The kids would get way up ahead of us and I was a nervous wreck.  They would always stop at the corner and wait for us to cross the street but always a little too close to the edge, for my comfort.  Drivers here are crazy and there's no observation of silly things like stop signs or red lights.  Holden crashed into the back of at least one woman that I saw (and heard evidence of a second). 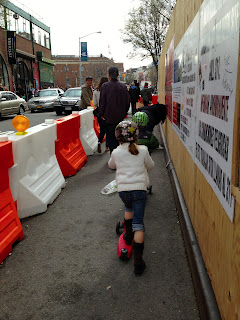 I thought these were going to be such a great idea because the kids wouldn't complain about all the walking.  But I didn't realize the trade-off.  They had a fabulous time though, zipping down the blocks, weaving between pedestrians.  And we had a nice lunch on a rooftop terrace (rooftop bars and restaurants is going to be our theme for the summer, I've decided). 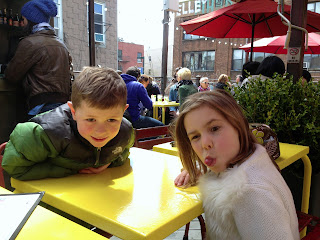 And saw some fun art. 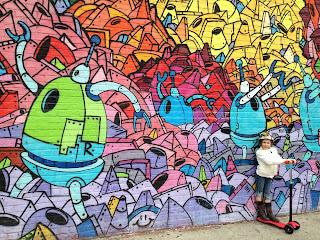 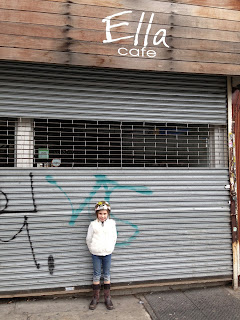 By the time we got home I was so stressed out that I had to take a long hot bath to relax my nerves.

We did make one pit-stop on the way home to pick up a chess board.  Both kids are now getting chess lessons once a week in their classrooms and love it.  Friday night was chess night at school and since we were out with Jean, our babysitter took them over and they had a great time playing chess.  Who knew? 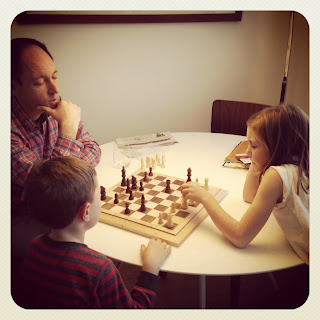 Sunday I had grand plans to get us back over to Brooklyn to the Brooklyn Museum to see an exhibit that Kevin and I have been wanting to see since we got here.  We made it all the way to the subway (with the scooters) before I realized how much stress these damn scooters were causing me.  I'm already a nervous Nelly on the subway with the kids.  Those trains FLY by and there is very little distance between you and the speeding train.  An average of one person EVERY WEEK is killed by a NYC subway train.  I grip the kids' hands so tight they complain whenever we're on the platform.  And to do it with a scooter in tow...too much.  I know I'll get used to it but on Sunday I decided that instead we should just take it easy, play in Central Park (with the scooters) and hang close to home.  We did and ended up having a really nice, relaxing day. 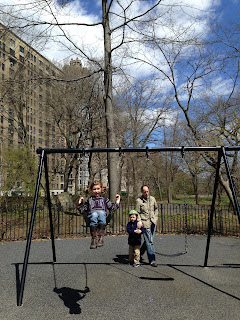 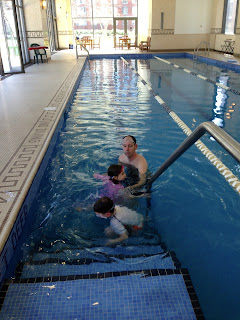 We used all of the amenities in our building - the kids went swimming in the pool, they played in the playroom while Kevin and I read in the lounge.  We all even hung out on our roof deck - the kids playing tag while the grown-ups read and soaked in the sun.

Just what I needed.