Getting Our Art On

It was nice to get back to our routines and schedules this week.  The kids were both really happy to go back to school on Wednesday so I take that as a very good sign that they love their new school.  They started a new after school class on Tuesdays which is a combination art and music class that is taught in Spanish.  Originally I was just going to sign Holden up thinking that he could use an extra hour of Spanish a week, at least until he starts in the Spanish program at school in 1st grade.  Then I figured that Ella would just be hanging out with me downstairs in Starbucks while Holden was in class so I went ahead and signed her up as well.  It's in a dirty old building up on the top floor a few blocks from us.  When you climb the stairs the walls are covered with bright Mexican murals and the smell of incense is heavy.  It took me right back to the Mission district.  As we went up Ella said, "I'm starting to get freaked out."  But by the end of class she was so excited - they got to make their own guitars and Holden's new favorite song is now La Bamba.

Now that it's starting (barely) to warm up a bit I've started walking in the mornings for exercise.  After dropping off the kids at school I walk straight over to Central Park and walk around the big reservoir (Jacqueline Kennedy Onassis Reservoir).  It's an amazingly beautiful walking/running path. 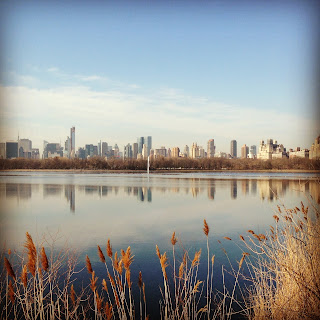 I can hardly believe that I get to walk around this every day.

I also did some more sewing this week.  Maeve's mom Sharon showed me her very favorite purse she's had for years and literally loved to death: 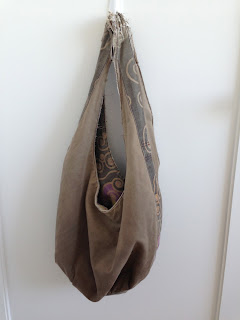 And asked if I could try to copy it.  My first draft wasn't perfect but she seemed happy with it. 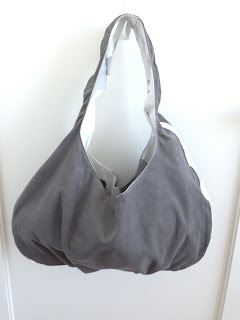 The weekend was fun-filled and crammed to the gills, once again.  We've replaced our old Friday night tradition of Friday Night Happy Hour with the neighbors in San Mateo with Friday Night dinner with Maeve's family.  All nine of us packed into our tiny apartment and ordered pizzas.  On Saturday, we finally hit The New Museum which Kevin's sister had given him a membership to for his birthday back in February.  I suppose we should have done a little research on what the exhibit was before we went.  They were doing a flash back to 1993 and I guess art in 1993 was very phallic because there were penises everywhere.  There was even a TV playing an endless loop of William Kennedy Smith at his rape trial saying, "It was my penis, " over and over and over...  Honestly, I was less worried about the kids seeing penises (they were unimpressed) and more worried about what the other adults in the museum thought of my parenting skills bringing two small children to this exhibit.  The museum itself is really cool with an amazing roof deck. 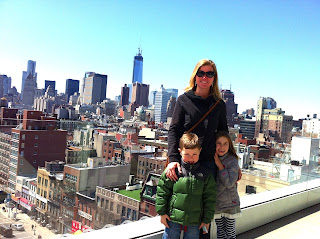 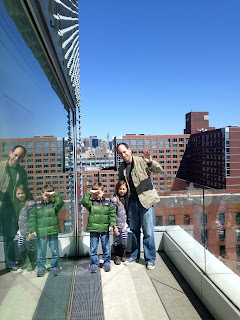 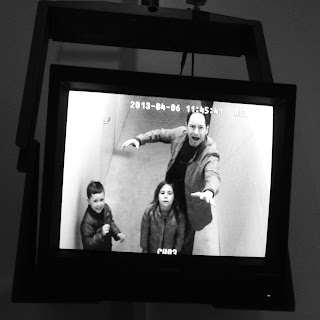 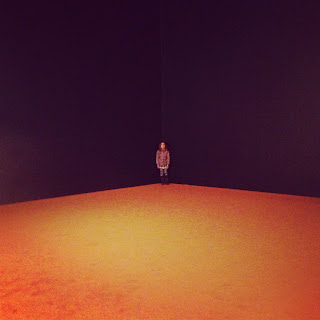 Sunday almost turned into a disaster but was saved, several times over.  I had plans that we were going to go on a ranger led "Family Hike" in Inwood Park, which is at the very tip top of Manhattan, right next to the Bronx.  We waited so long for the subway to arrive (which is very unusual) that it was clear before we even boarded the train that we were going to miss the hike. 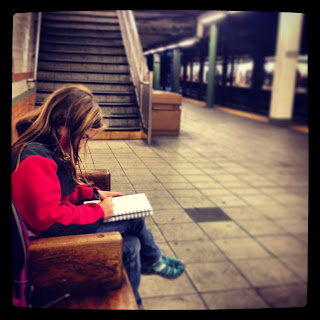 Ella sketching in the subway.
We decided to go up anyway to check out the park.  We realized on the ride up (that should have taken 20 minutes but took an hour) that the subway was having trouble.  Finally, one stop before ours they had everyone get off and said all of the trains in both directions were not working and we should find other means of transportation.  We decided to walk the rest of the way.  Once above ground it felt like we were in a completely different city.  It was much seedier, dirty and run down.  There were young men working the street corners and boarded up shops and restaurants.  We walked quickly up towards the park and then realized that we were pretty close to the Cloisters where we had gone sledding with Maeve's family back when we first arrived.  The Cloisters Museum is in an old (simulated) Medieval castle and houses European Medieval art - paintings, sculptures, even parts of churches brought over from Europe.  It's in the middle of a park so we got a bit of our hike in after all. 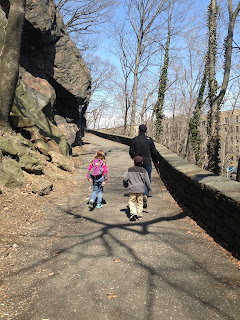 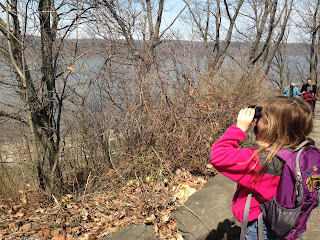 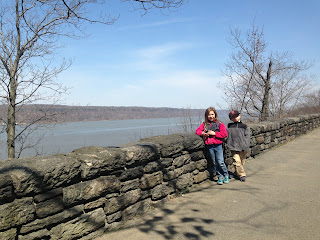 I was shocked at how much the kids really liked the museum.  It was dead silent with lots of statues of the Virgin Mary and Jesus and tapestries and stained glass and the kids were mesmerized.  I got several looks from older people who were clearly as impressed as I was at how interested the kids were and how well behaved they were in what would normally be a very boring museum for most kids.  Ella took a ton of photos and sketched in her notebook.  She made sure we hit every room before we left.  And then we entered a room with a famous tapestry from the 1400s of a unicorn and she went crazy.  She had seen a photo of it before and couldn't believe we were actually seeing it in person.  I felt like I was seeing a part of Ella that I had never known about before. 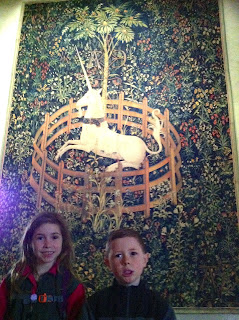