Eating Our Way Through Manhattan 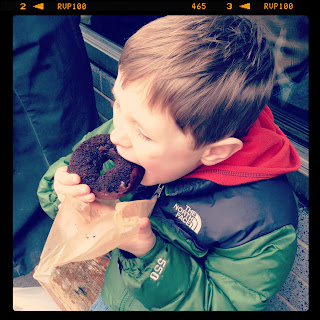 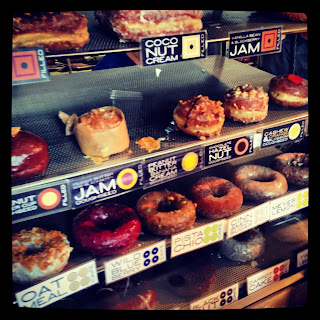 We have been eating WELL since we got to New York!  And for the most part the kids have been pretty adventurous with us, trying new things.  Every once in a while we have to throw them a bone (or a donut, in this case) to keep them happy.  On our way to see Cinderella we stopped for a delicious brunch first at Spitzer's, in the Lower East Side.  The kids had lemon ricotta pancakes, which were as good as they sound.  Then we still had an hour to kill before the play started so Kevin steered us toward The Doughnut Plant, which was Oh My God...so good.  You can see the different donuts above - I had a chocolate one filled with a peanut butter cream.  And honestly, I don't remember what the others had because I was so focused on my piece of heaven.

We made it to the play and it was incredible!  A very small theater with top notch acting and producing.  Even the small kids theaters here are amazing.  The play was in both Spanish and English, bouncing around between the two, and surprisingly very easy for Kevin and I to follow.  Of course, the kids had no problem.  This was much more exciting for them than Zorro since we were so much closer to the action.  We'll definitely return frequently to this theater. 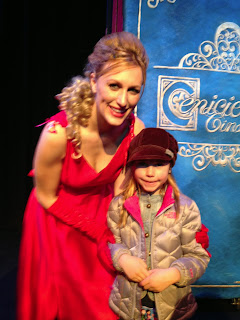 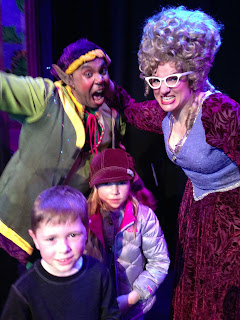 The kids being silly in the Lower East Side: 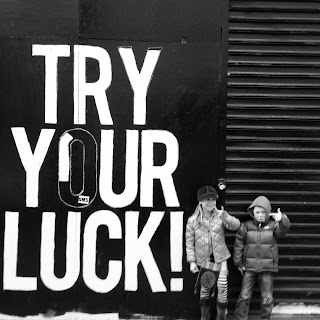 That evening we had dinner at our new friends' apartment which was a lot of fun.  The kids played so well together and the adults chatted the night away.  We bonded quickly and have already planned a camping trip to upstate New York in late July together and we'll stay with them at a place they rent out for the last couple weeks of August in Connecticut (we'll just go for a weekend).  Good, good people.

Then on Sunday morning we continued our search for a real New York bagel.  Surprisingly, our first two attempts were not hits.  But I knew we hit the jackpot when I turned the corner and saw a line out the door.  Always a good sign.  And Absolute Bagels didn't disappoint.  I think we've found our regular Sunday morning place. 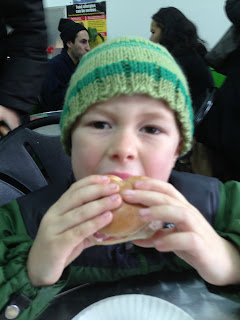 The bagel shop was a few blocks from us, up towards Columbia, so we decided to walk off the bagels by wandering up to Columbia and seeing where Kevin lived when he was in grad school there.  Then we continued wandering until we stumbled upon the Cathedral of Saint John the Devine which according to Wikipedia is the largest cathedral and Anglican church and fourth largest Christian church in the world.  It was immense.  And beautiful.  And a little scary.  They were having Sunday mass and Ella was scared to even go inside.  Once we were in, she stood near the door the entire time, completely overwhelmed. 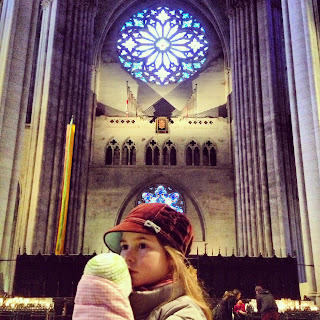 (see, she's kissing her baby's head to comfort herself) 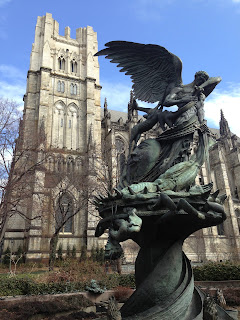 It turned into a perfectly perfect unplanned day.  The rest of the afternoon we made it to an awesome playground which is only a block from our apartment that we had no idea was there (our friends from last night told us about it), just inside Central Park.  Very similar to Dolores Park, for my Bay Area mom friends.  Kevin and I each brought a book and the kids played for a couple hours and made a couple new friends.  Then the four of us meandered through the paths of Central Park for about another hour, wandering aimlessly with no schedule at all, still feeling so lucky to live here.