Have WiFi, Will Blog! 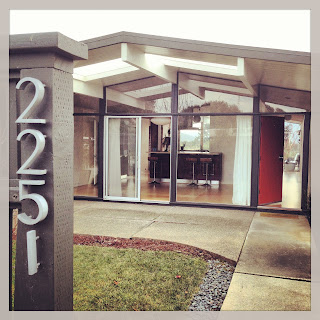 Ahhh, I don't even know where to start!  We finally got WiFi in the apartment last night so I can finally catch you all up on the whirlwind last few weeks!  The 15 day period between when Kevin accepted the job and when we flew to NYC was the busiest, most productive 15 days of my life.  It went by in a flash and yet we accomplished so much.  I'll leave all the New York stuff for the next (and all foreseeable future) posts, but for now I'll tell you all about our crazy two weeks.

First I had to find a school for the kids which believe it or not, wasn't as difficult as you would think.  Kevin and I are committed to keeping the kids in Spanish immersion so that limited our choices drastically.  New York City actually has several schools with Spanish tracks in them (including one private school for $40k/year/kid) but no schools that were all Spanish immersion like ours in San Mateo.  Kevin said we'd want to live in Brooklyn (I've never been to Brooklyn but he thought it would be more family friendly).  The couple public schools I found online in Brooklyn with Spanish tracks got really low rankings on greatschools.org and poor reviews online.  So that nixed Brooklyn.  Of the ones I found in Manhattan, two of them were in the Upper West Side and had decent ratings.  I called the one with the higher ratings and asked if they had room for the kids to start in two weeks.  They had room for Ella to start 2nd grade in the Spanish program but the kindergarten Spanish immersion class was full.  He could definitely transfer into it for 1st grade if we wanted to put him in the General Ed class for the remainder of the year.  After some back and forth, they agreed to let him unofficially pop over to the Spanish class a couple times a week and gave me the names of some Spanish tutors to help get him through until September.  School for kids: check.

Once we knew where the kids were going to go to school, we had to find somewhere to live in the relatively small zone that is required to register at this school.  Again, that made our (my) job a lot easier.  I just pulled up Craigslist and did a map search for our zone.  After a few phone calls we chose a very new, modern highrise right around the corner from the school.  Sight unseen, other than the photos they put online - not of our actual unit, but the stock photos of the absolute best unit in the entire building, of course.  So literally, we hadn't laid eyes on our place until we arrived in NY.  Luckily, it turns out it is pretty amazing.  More about that later.  Place to live: check.

Next we had to pack up our 4-bedroom house.  That was by far the most difficult and time intensive thing we had to do.  Kevin and I sorted through every single toy, item of clothing, boxes in the garage still unpacked since our last move 6.5 years ago.  We had piles for NY, Storage, Goodwill, Garbage all around the house.  Sticky notes dotted every wall.  It felt so liberating to see carloads of stuff go off to Goodwill every single day.  Kevin's parents were awesome - there every day driving loads to Goodwill; taking 52 boxes in total to the post office to ship to NY; taking loads of rusty, broken outdoor kids toys to the dump; even taking our bikes to the local bike shop to be shipped.  And my mom stayed about a week of the time keeping the kids out of our hair.  It took a village.

I rented out our house within 3 hours of posting it on Craigslist.  That was the one thing I thought for sure Kevin's parents would have to deal with after we left but in reality it couldn't have been easier.  The first person to reply to the ad came and saw the house right away.  She was looking for her boyfriend who was currently living in the East Bay but working in Mountain View and SF.  Our location is perfect for him.  She lives in San Mateo but they aren't ready to move in together so she was just scouting places out for him.  She grew up in a ranch house and fell in love with our house.  She had him come right away with his checkbook.  I didn't have to show it again.

We also sold both cars with almost no effort.  I keep having to pinch myself and knock on wood when I think of how everything has just landed in our laps.  I didn't get around to posting our cars on Craigslist until a Sunday night because we had to get them detailed and ready for sale.  I was a little mad at myself for not getting them posted earlier because I know most people go look at cars on the weekend.  But since we're riding on some cloud of good luck I got a call shortly after posting the ad.  A guy wanted to come see the Prius early the next morning.  Then he called back a few minutes later and asked if he could actually come tonight.  When I pointed out that it was dark out, it didn't seem to phase him.  Then I reminded him that I would need a certified check and banks were all closed.  "You won't take cash?".  "You have $10,000 in cash on a Sunday night?" I asked.  When he confirmed he did I told him to come on over.  He barely looked at the car before he started peeling off 100s.  Apparently he drives Mercedes and BMWs, this was just for his little sister.  Must be nice.

My one regret in the last two weeks was missing out on saying goodbye to too many people.  We just didn't have time for a going away party.  Plus, it just seemed too sad.  While we were all so excited about our upcoming adventure, there were still plenty of tears shed (almost exclusively by me).  We're looking at this as our 2-3 year adventure.  And now that we're actually here it's much easier to be excited about it.  But man, it was hard to say goodbye.

Next up I'll fill you in on our first week in New York!  Meanwhile, I'd LOVE it if anyone reading this left a comment.  I've never blogged before and it just seems like I'll be much better about keeping it up if I know you're out there reading it.  xoxo
Posted by Gretchen at 10:04 PM