What a difference a day makes... 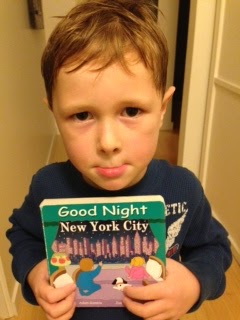 Just as I was finishing up my blog post yesterday morning, as though reading my mind (or perhaps just over my shoulder) Ella says, "We're moving to New York, aren't we?"  I told her to hold that thought and at 6:30 in the morning I plodded down the hall to wake up Kevin.  "Get up.  They know.  It's time."  So we had an official family meeting before 7am and talked all about our new adventure.  Kids are amazing.  They were really excited.  After confirming that Rudy (our dog) was coming with us, Ella's second question was, "Can we watch The Today Show through that window?"  I'm glad we won't have a TV anymore in New York.
We all talked about all the things we're most excited to see and do in New York and since we've read Good Night New York City a zillion times, the kids knew what they were talking about.  Can we go to the Statue of Liberty?  Bronx zoo?  The Empire State Building?  Ella kept leaning over and kissing Holden on the top of his head.  I don't know if it was because she was so excited or because she needed comforting.  Probably a little of both.  He didn't mind.
But about 10 minutes into the conversation Ella's eyes filled with tears and it dawned on her that she's going to have to say a lot of goodbyes.  This is when I failed as a parent, yet again.  I was telling her how she isn't going to lose friends but get even more friends and that we could Skype with her cousins and grandparents and as I'm saying this in my happy, sing-song voice with a forced smile on, tears were pouring down my cheeks.  The kids were so confused.  Mommy's crying.
The rest of the day is a blur of phone calls, emails, texts and Facebook posts.  The word is out.  And I'm surprised how much it feels like a weight has been lifted off my shoulders.  It's real.  We have a plan.  And everyone knows about it.
In one day I rented us an apartment, got the kids into a school (Spanish immersion!), bought four one-way plane tickets to JFK and packed almost a dozen boxes.  Let's hope I'm this productive every day of the next two weeks.
Posted by Gretchen at 8:43 AM No comments: 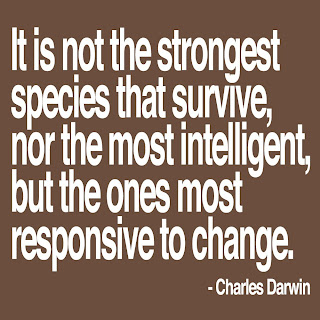 This is my motto now.  The Skaggs Family has a big change coming.  And before we tell the kids, before we start spreading the news to friends and family, I wanted to get some thoughts and feelings out on this blog.

I'm mostly keeping this blog as a way to keep loved ones updated on what we're doing and where we are.  But also as a record for Ella and Holden someday to read back on and remember our exciting adventures.  I want them to know things that I can't tell them now, like how worried I am about making them change schools.  Or how guilty I feel for making them leave friends and family they love.  And how guilty I feel leaving my parents.  But I also know that this will be an incredible experience for all four of us.  Living in New York City for a few years will teach them so much and give them exposure to so much culture and diversity.  I envision bike rides in Central Park, theater on Broadway, subway rides and ferry rides, weekend trips to Philly, DC, Boston.  I know they'll make lots of new friends and still keep the old friends back home.  If I didn't think the benefits outweighed the losses we'll feel, we wouldn't be doing this.

So as I sit here with Ella quietly reading a book next to me, oblivious to how her world is about to be rocked, my mind is swirling with lists of things that need to get done in the next couple weeks.  Kevin accepted a job in New York City yesterday.  We'll fly out in about two weeks.  Our four bedroom house needs to be completely packed up and stored.  Leases need to be signed, schools need to be registered for, and goodbyes need to be said.

Wish us luck!
Posted by Gretchen at 9:43 AM No comments: